If you’re looking for things to do in Bangkok, you’ve come to the right place. Bangkok is a bustling metropolis that is in the midst of developing into a modern city. So you’ll find bits of the modern world like skyscrapers and shopping malls and bits of the old like majestically decorated temples and tuk tuks running around the city. It is the travel destination for more foreign visitors than any other city in the world. Below are 11 of the best sightseeing spots in Bangkok. 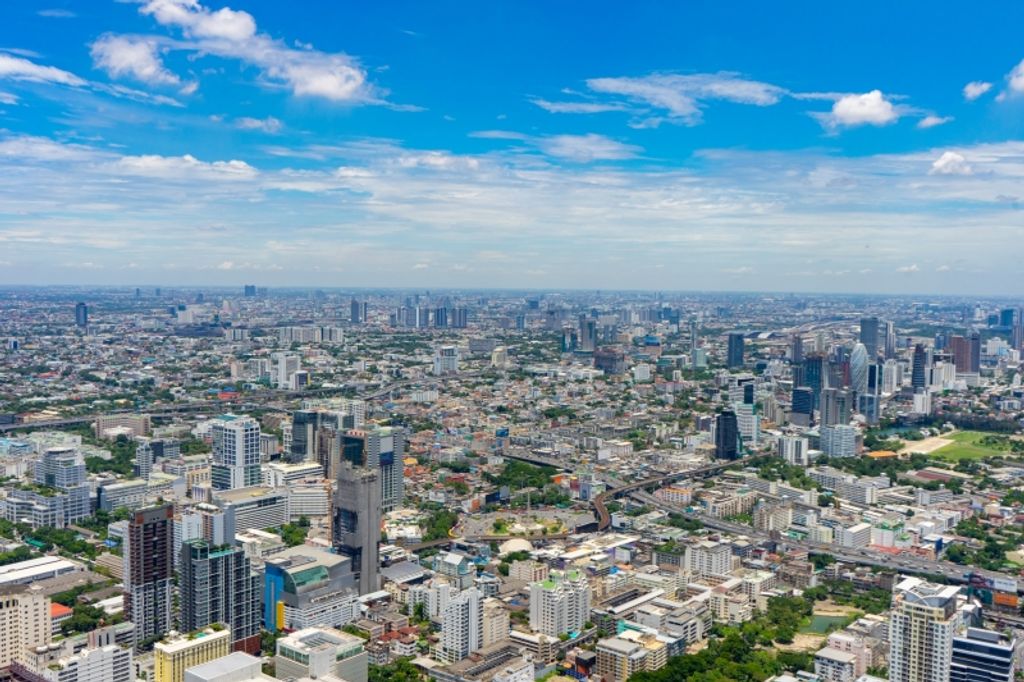 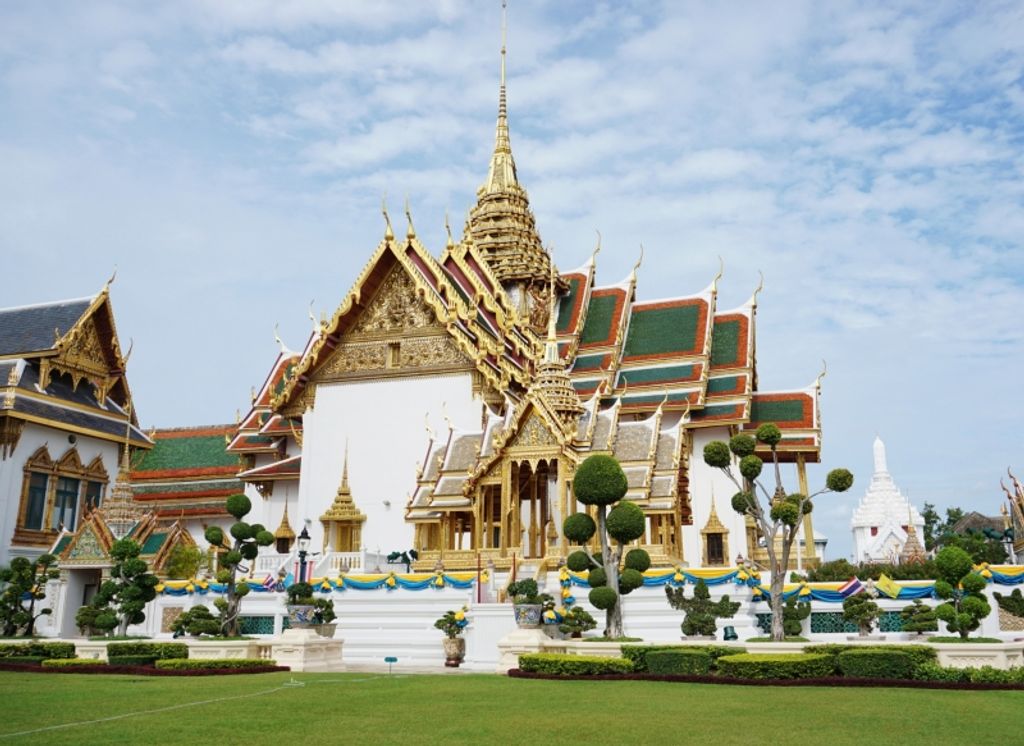 The Grand Palace was built in 1782 and has been the home and center of the government for generations of kings. It is used as neither of those now, but the beautifully decorated buildings still stand as they would have hundreds of years ago. It is the sightseeing spot in Bangkok that you must see if you can only choose one spot. There is a temple called the Temple of the Emerald Buddha or Wat Phra Kaeo within the protective walls of the palace. As you can guess from it’s name, this temple houses a Buddha statue made out of jade and dressed in gold robes. 3 times a year, the golden robes are changed in a ceremony marking the start of a new season, by the king himself. 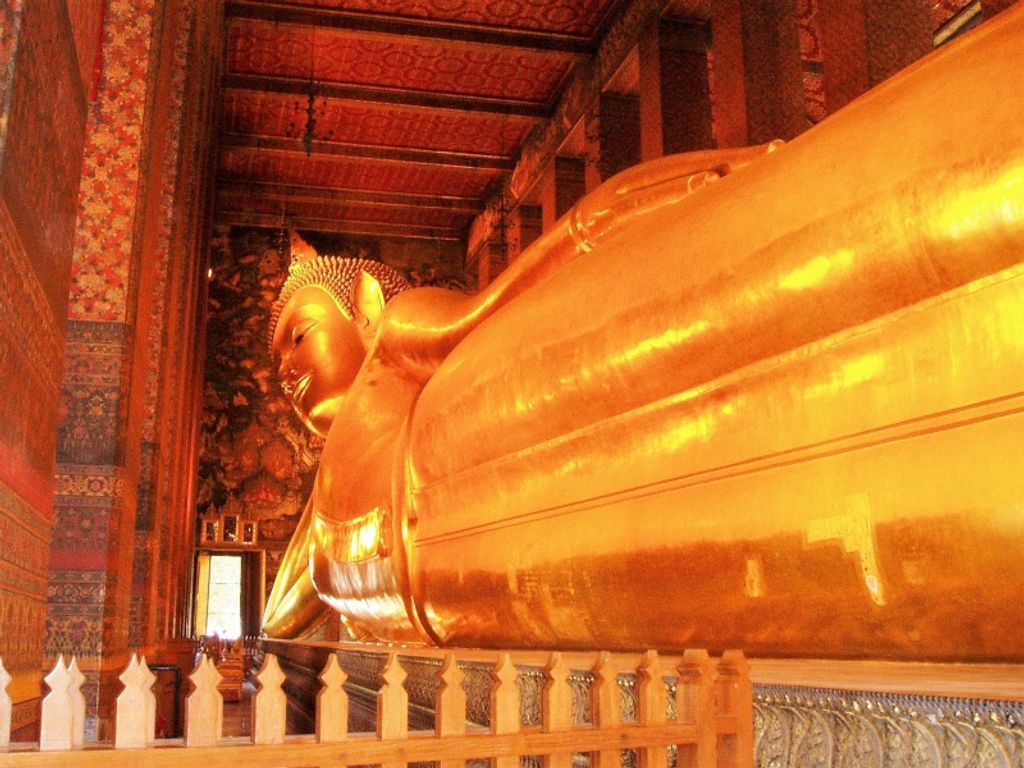 This is the home of the humongous reclining Buddha statue. It is 46 meters long and coated in gold leaf. As it’s so big, it’s impossible to see the whole image of this Buddha statue in one glance. You can only enjoy it in parts. It’s amazing to see the sheer size of this statue, which makes it a sightseeing spot tourists must visit during their time in Bangkok. It’s conveniently located behind the above Temple of the Emerald Buddha, so it’s easy to visit both. 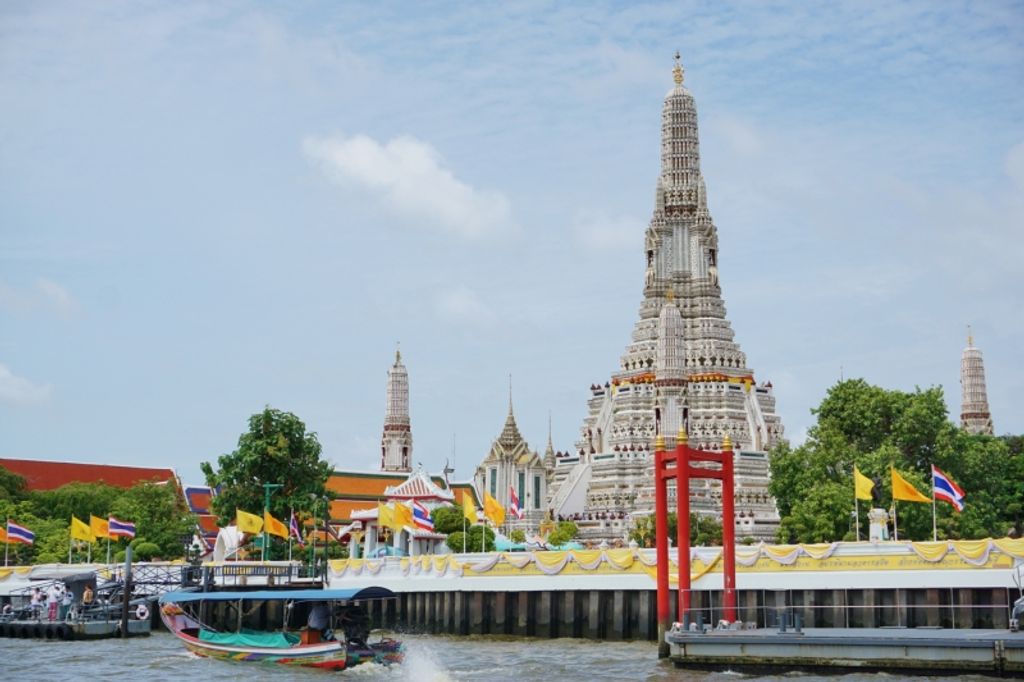 Wat Arun is located on the West Bank of the Chao Praya river, opposite Wat Pho. It’s called the Temple of Dawn and is one of the most beautiful temples in Thailand with its white spires and intricate decorations. It’s also known as one of the landmarks of Thailand. Early morning is when the crowds are sparse so if you want to take a good look at this temple, this is the time you should choose to go. However, the view is also wonderful at sunset. 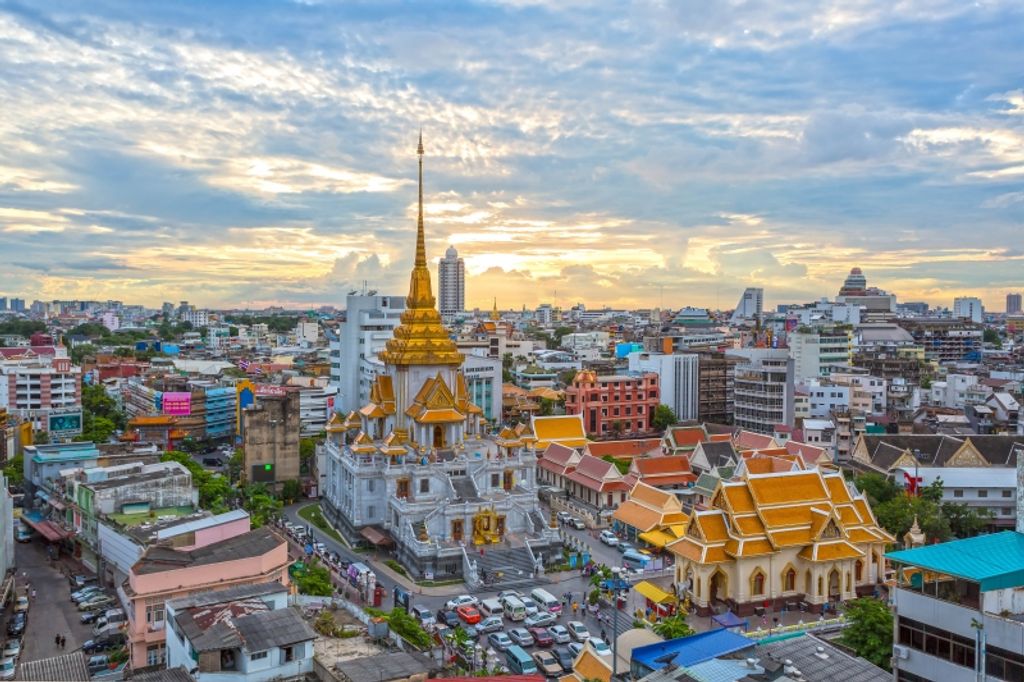 This temple, built in 13th century, is the home of the Golden Buddha. This is a 3 meter tall statue that is made out of solid gold. It is the reason why this temple is very popular as a sightseeing spot. The 5.5 tonne statue was originally covered in plaster. However 60 years ago when it was being moved from one place to another on the temple grounds, a lucky accident occurred, dropping the statue, cracking the plaster and releasing the golden statue from it’s encasing. Try to imagine the shock and bewilderment of the people who dropped the Buddha statue only to discover something much more valuable inside. 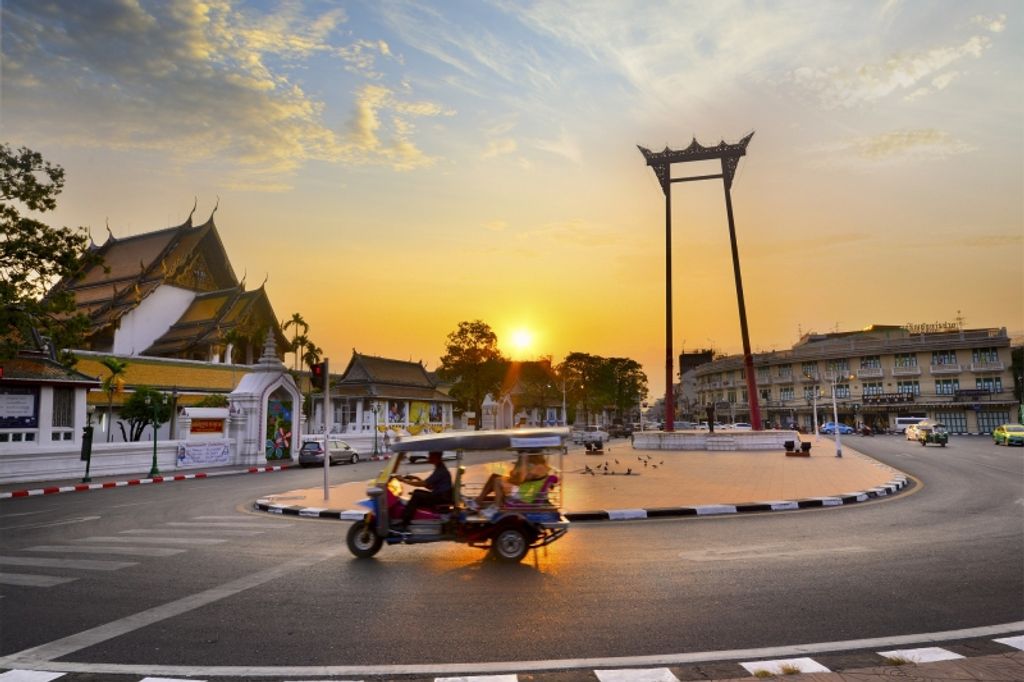 The Giant Swing is literally a 27 meter tall giant swing. It’s located just outside the temple of Wat Suhat. The swing was originally built in 1784 and has been renovated several times over the years, the most recent being in 2007. It was used in a Brahmin ceremony where men launched themselves into the air trying to catch a bag of coins put on top of a 25 meter pole. The dangerous ceremony was discontinued in 1935 after several deaths occurred. 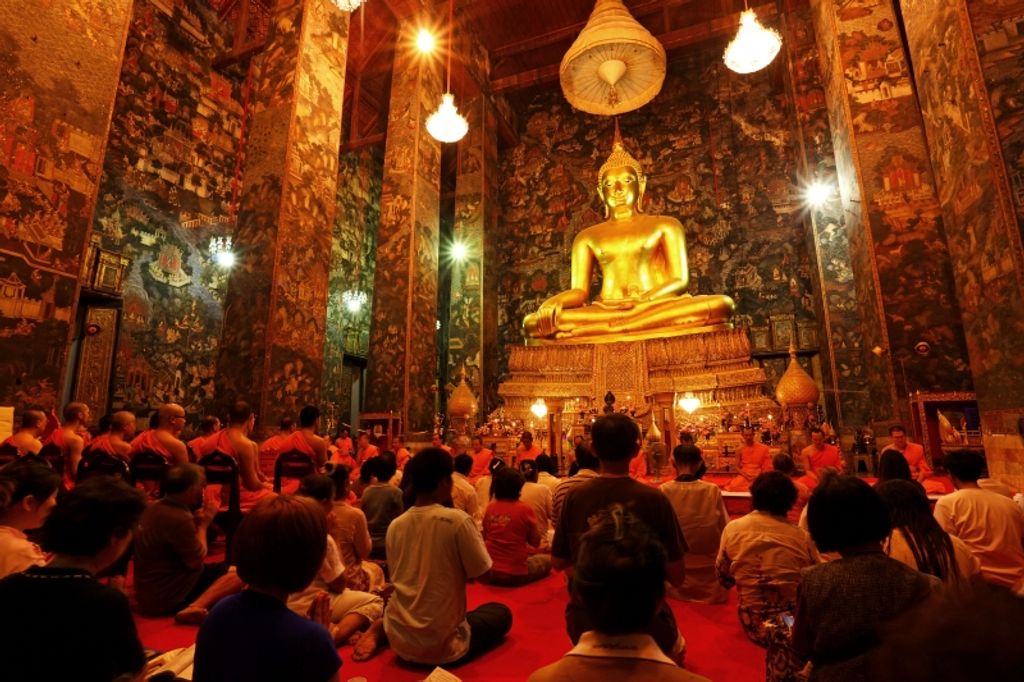 This is a majestic temple located in the old town area of Bangkok. It’s located right next to the Giant Swing and it’s official name is Wat Suthat Thepwararam. You can see frescoes detailing the reincarnation of Buddha inside the main prayer hall, the 156 Buddha statues in the courtyard, as well as the fascinating hand carved designs of the four gates.

The above are things you can do in Bangkok in one day if you’re quick and two days if you want to take your time. However, if you’re not too confident about trying to get around to these main sightseeing spots by yourself, you should participate in a guided tour of Bangkok. Local guides will explain about the culture and history as well as take you around efficiently on the public transportation system or tuktuks and taxis if you want. And you don’t have to worry about the taxi or tuktuk drivers taking advantage of you and charging high prices or stopping by at shops for tourists on the way to your destination. You can also hire a private car for your visit if you don’t want the hassle of trying to find transportation in this busy city. If you have a few particular places that you want to visit but you can’t find a tour that visits just those places, you can also request a tour to the local guides, and they can suggest an itinerary just for you. This way you won’t have to visit any places that you’re not interested in. Requesting a tour of the highlights that you can cover in one or two days according to your trip schedule is also a good idea if you have no clue as to what the most popular things to do in Bangkok are. 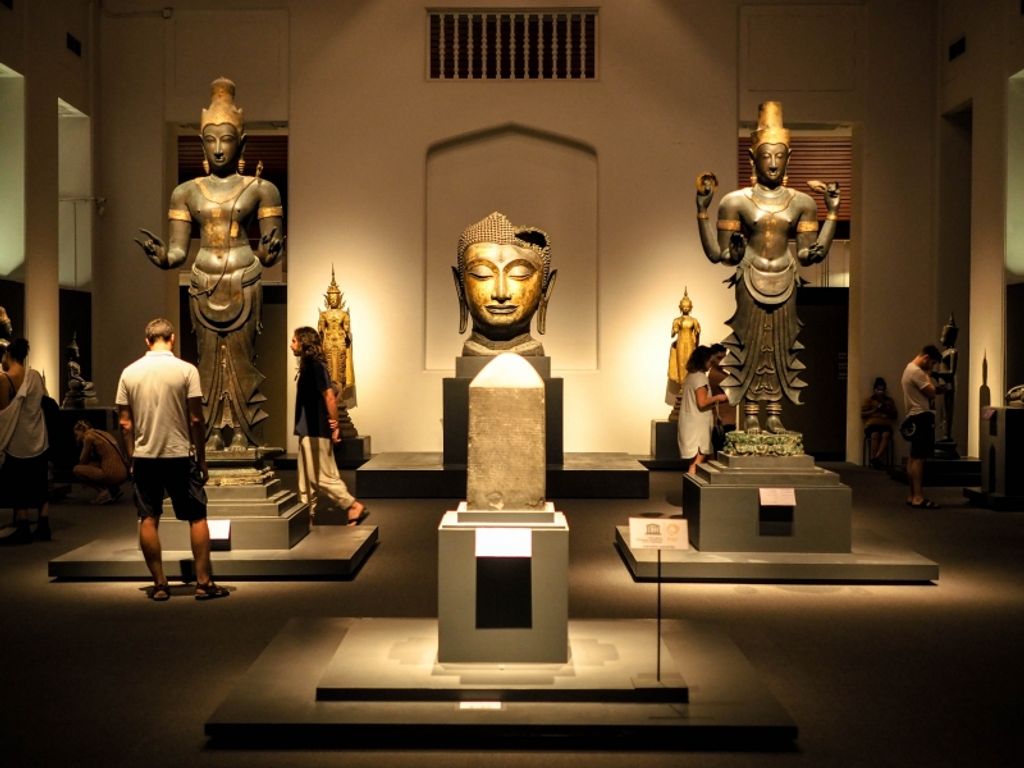 The Bangkok National Museum is located in the former Wang Na Palace. The building itself is from the 18th century, so you can enjoy the traditional Thai architecture as well as the exhibits inside. The museum boasts the largest collection of Thai art and artifacts in the country. For people interested in history, culture, and art, you should take at least half a day or even a full day to appreciate all the fascinating exhibits. This museum is probably something you want to go see by yourself instead of on a tour if you want to spend a lot of time there. It’s located near the Grand Palace, so you can also try to see these two places on the same day if you just want to take a quick peek at the museum. 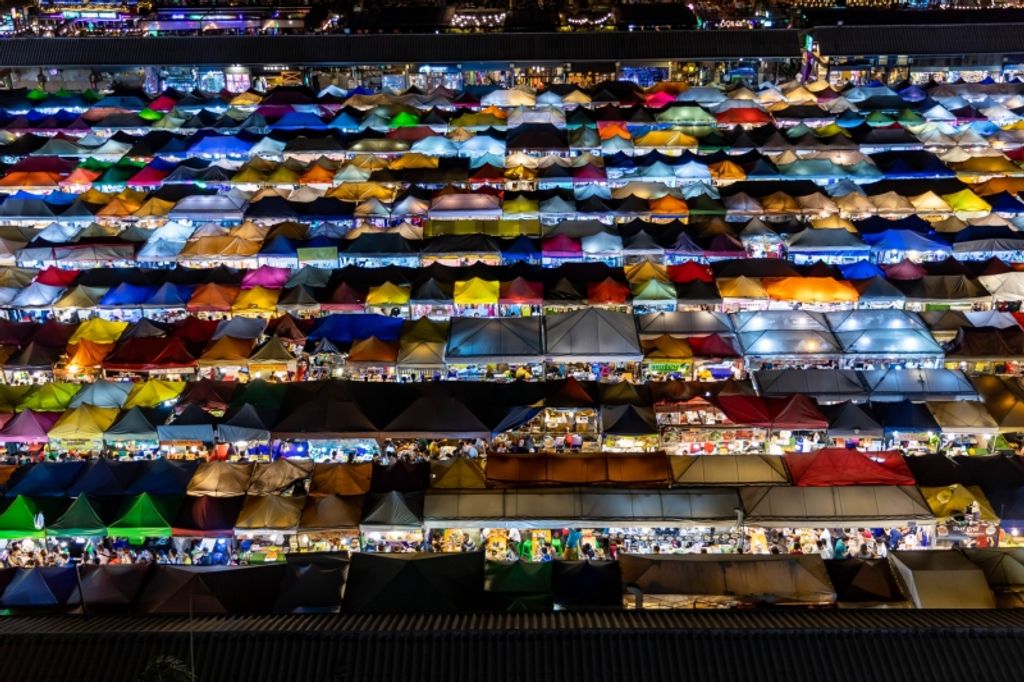 Visiting a local market in a foreign country is always interesting and fun. This weekend market open on Saturday and Sundays is huge. You will want to plan on spending at least half a day here. People who like shopping could spend a whole day strolling around looking at all the knick knacks. You’ll find anything and everything here and it’s the best place to buy souvenirs of your trip. You can also try some of the local food here. However, be aware that there will be thousands of people including tourists and local shoppers and the heat is overwhelming so make sure to wear cool clothing and bring a water bottle. And take care that your children don’t get lost. Access to the market is pretty straightforward and it’s quite easy to get to the market by yourself. You take either the Skytrain or the subway and just follow the crowds from the station. 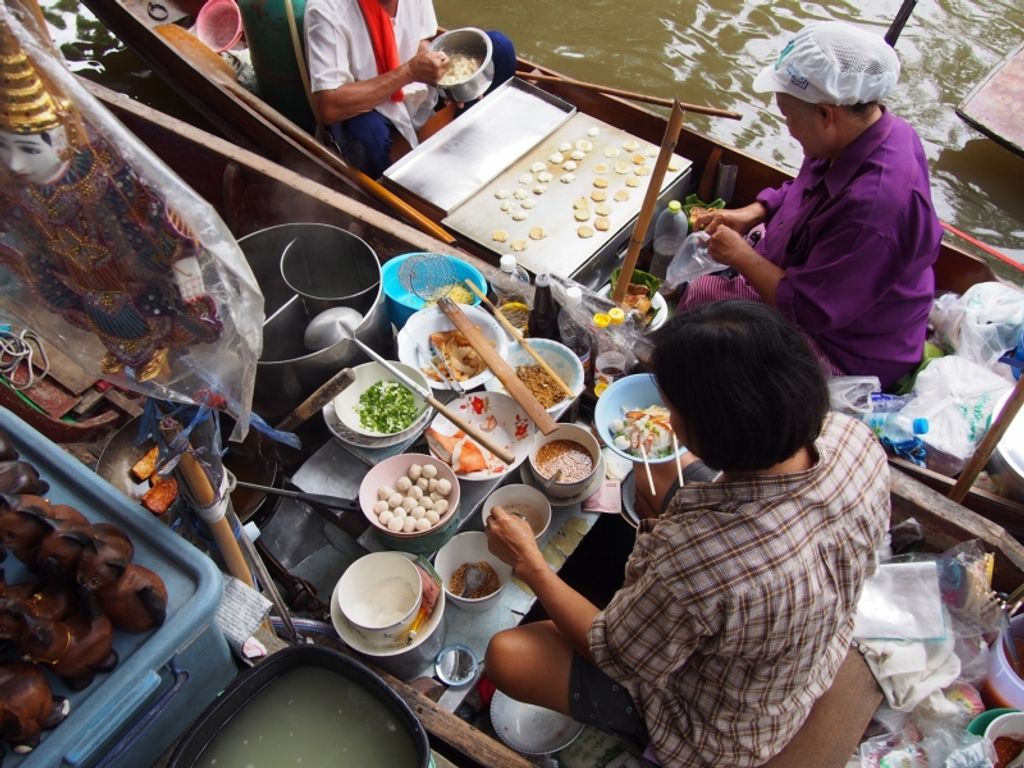 This market of boats is a typical floating market in Thailand. A lot of tourists want to visit this type of local market so you’ll find lots of foreign visitors taking pictures there. But don’t let that put you off. It’s a great opportunity to take some amazing photos and to see the local way of life. The little boats with all their colorful merchandise and the shoppers and merchants chattering away gives the place an exotic atmosphere. It’s probably something you won’t be able to see in your home country so you should visit it if you have the time. The best way to get there is on a day tour from Bangkok. It takes about an hour to get there from the city so it’ll be difficult to get there by yourself. You can find tours that take you to this floating market on TripleLights. 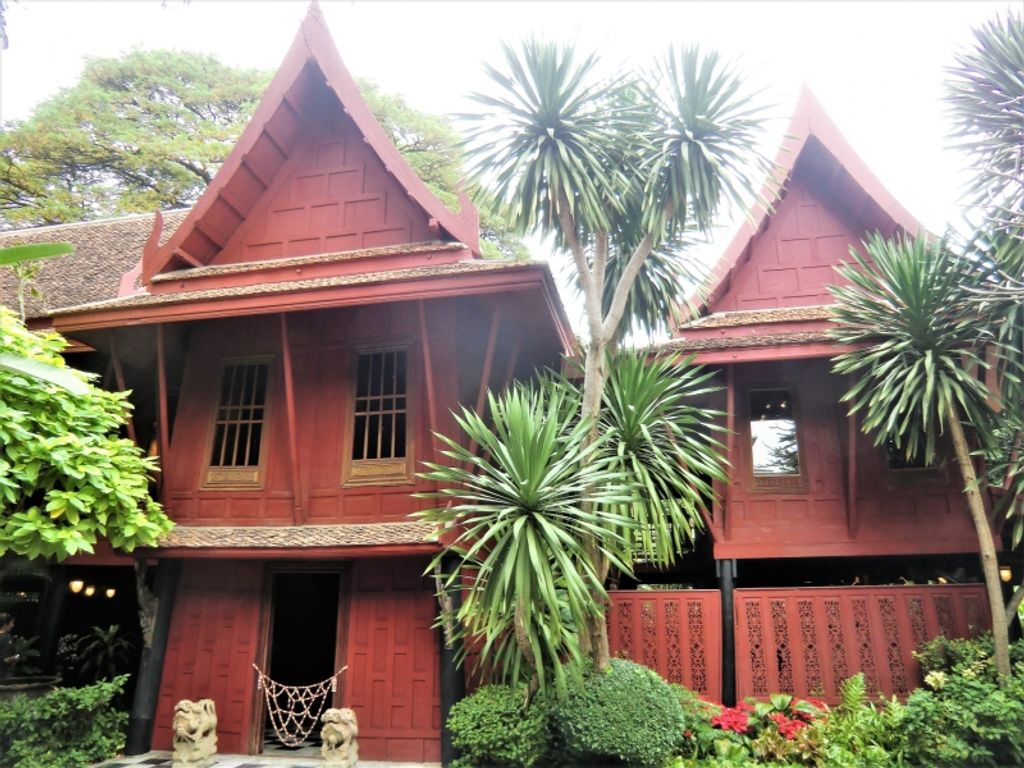 Jim Thompson was known as the “Thai Silk King”. He was an American entrepreneur who settled in Thailand after World War II and sold the Thai silk that was made by the locals. He was also an art collector and you can see his small collection at the house as well as enjoy the Thai style architecture of the buildings he moved onto his compound from various sites in Thai. It’s a beautiful place that looks like it’s hidden away in the jungle. Another aspect that draws people to this house is his sudden disappearance in 1967. No one knows what happened. He just vanished into thin air when he was out on a walk in the Cameron Highlands in Malaysia. And his sister was also murdered in the U.S. later that year.  Rumors say that he may have been targeted by the CIA for his anti-American views during the latter part of his life. 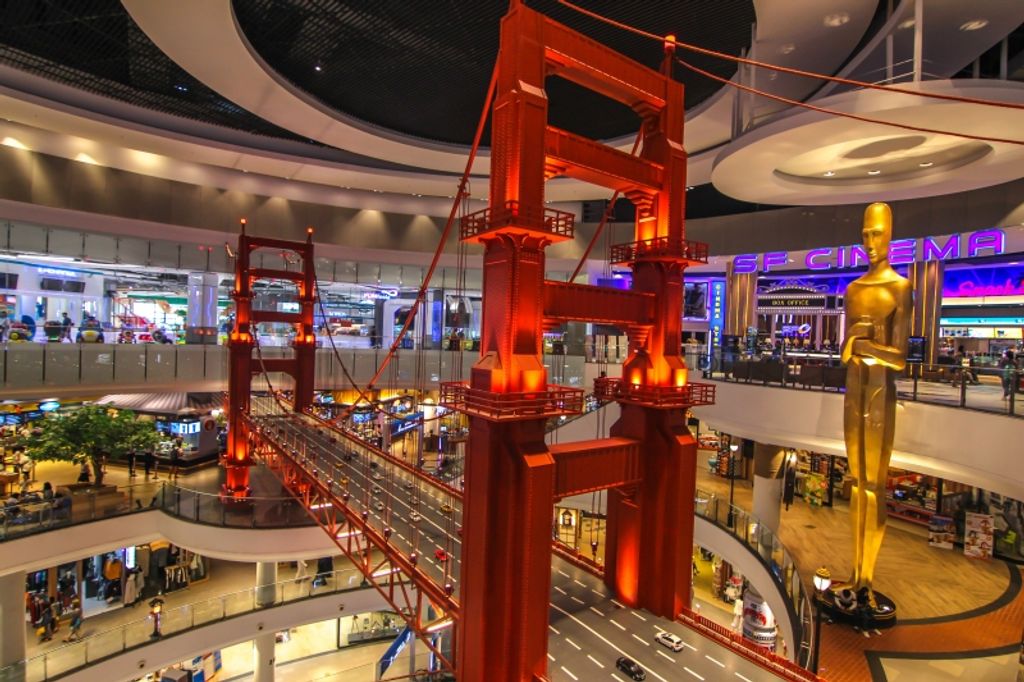 Don’t let the name fool you. This is not part of an airport, it’s a modern shopping mall in Bangkok, though it does have a somewhat airport theme with their information staff in flight attendant uniforms. The mall is separated into sections that represent world famous cities like Tokyo, Paris, San Francisco, etc. And you can enjoy shopping for things in these various sections. They have over 600 stores and over 50 restaurants, so if you want to do some shopping for clothes or souvenirs for yourself or don’t know where to go to get some food, this is the place to go.

7 Unusual Things to Do in Bangkok - Best Tips

Plan your trip to Bangkok with Akane N.