The record-braking number of visitors joined TripleLights Sumo Tour for the 2008 January Tokyo Tournament. To our delight, Sumo has been gaining more popularity among international visitors year by year. It may be partly because of a lot of appearances of international sumo wrestlers from abroad, and partly because of increased interests of visitors in Japanese traditional culture. Taking this opportunity, I would like to brief you on sumo.

In ancient times, very strong men used to dedicate their fight to a god of Shinto, Japanese traditional ethnic faith, in order to tell fortune. Therefore, the ceremonial manner or courtesy of sumo wrestlers before/after a match has been considered to be as important as victory or defeat. A lot of things/manners in common between Sumo and Shinto can be seen at a sumo hall. 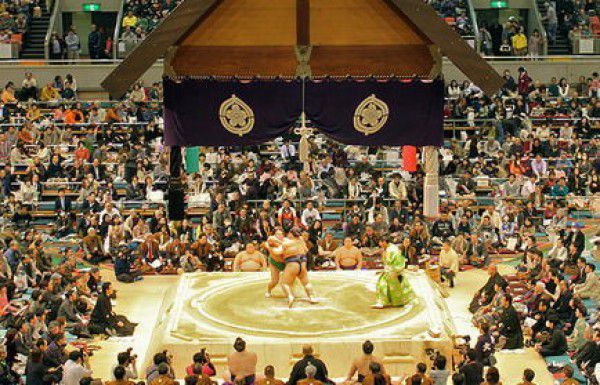 Even ancient documents such as Old Koji-ki (the Ancient Chronicle) and Nihon-shoki (the Chronicles of Japan) compiled in the 8th century, give us vivid descriptions of sumo matches, including a myth over a dispute over take-over of a country between local gods.

One day before the first day of each tournament (15 days), dohyo-iri, or the ceremony-of -entering-the-ring is performed by Yoko-zuna, Grand Champion. Yoko-zuna literally means a horizontal rope.

He wears the rope with same as Shimenawa, or stylized straw rope separating sacred Shinto precincts from the this world, hung in a gate or the main hall of a shrine. It indicates that Yoko-zuna is not only the strongest among all sumo wrestlers but also should be highly respected for his best character, which is symbolized by “spirit, technique and physical strength”. 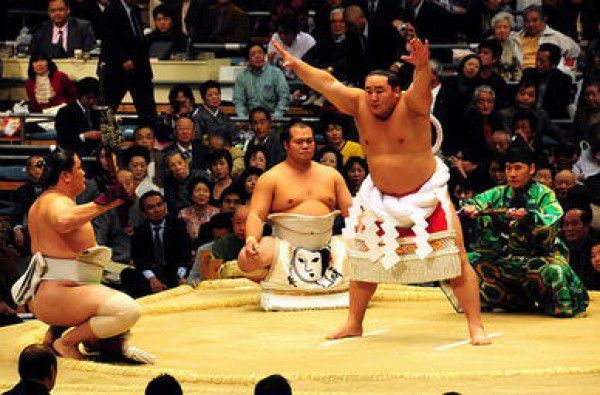 On this ceremony, with wishing for safety of the coming sumo tournament, offerings including Japanese wine, rice and salt are placed in the center of the ring. This ceremony includes entering the ring and alternative stamping his feet after Shinto ceremony of purifying a building site and stamping his feet on evils. This is said to have been influenced partly by a concept of Ancient Chinese principles of Yin and Yan. Over many centuries, the original ceremony gradually has been refined and stylized into the current one. Clapping their hands also indicates that the ring is considered as the sacred place where the god of sumo exists.

A winner of a previous match hands a ladle of water to the next wrestler just before a bout. It is called “chikara-mizu or power water”, used as water to purify him by rinsing his mouth, followed with wiping his mouth with white paper.

Both wrestlers cast salt over the ring to purify it and to drive malicious spirits and their own impurities away, also wishing for their escape from injury. Practically, salt in the sand may play a role of sterilizing cuts. Interestingly, some of wrestlers cast a lot of salt each time, some very few, which is full of interesting suggestions of each personality.

How the ring is built

The ring looks small. However, the ring measuring 4.5m in diameter is set up on the mound of clay with a square of a side of 6.7m long. Giants, who are required to have the minimum height of 173cm and weight of 75 kg just before entering the sumo world, to our amazement, weigh from 120 to 200 Kg soon or later. To think of these points, you may understand how violent a fight of Sumo is, compared with other fighting sports. So a lot of Sumo wrestlers have supporters or bandages on the knee or wrist, or even the shoulder of back.
Above the ring, the tassels are hung from four corners, representing four seasons: green of the east symbolizing the spring, red of the south for summer, white of the west for fall and black of the north for the winter. In the hall, you can find many unique signs and colors, representing a variety of meanings. Please ask your tour guide for details.

Shikiri or warm-up for a match

First, yobidashi,or a caller invites two wrestlers to come up the ring, calling their name with lengthy singsong tone.

Then Gyo-ji, or a referee respectfully announces their names, then both wrestlers enter into the ring, stare each other, and squat with putting their fists on the ground. They do same movements several times up to the time limit, including rinsing their mouths with power water in basins beside the ring and tossing salt over the clay for the purification. If they get up from a squatting position at the same time in mutual acceptance of combat even before the time limit, the contest does begin. This shikiri corresponding to the get-set in western athletics may be tedious for those who are not familiar with sumo matches, but it is extremely absorbing for us since the initial attack is a source of increasing tension and excitement to us. Time limit of shikiri is only 4 minutes from the time when yobidashi, or a caller finishes calling two wrestlers from the west/east.
Please be patient for a while.

A referee cries “hake-yoi” to grapping and motionless sumo wrestlers to break motionlessness, and “nokotta” to a wrestler to be more offensive to his opponent.

Two wrestlers begin to grapple and wrestle each other. When one wrestle throw another down on the ground or push another outside the ring, he wins.
Winning techniques include 82 ones;

* Throw his shoulders neck (6 ones)

It is very difficult for me to explain exactly what they are. So let' go to a sumo stadium, because of " Seeing is believing."

Kachinanori, or Being declared winner

A winner is offered cash rewards from a referee at declaration of winning when his match is offered with monetary prizes. At this time, he expresses his gratitude for three gods, making conventional chopping motions (left, right and middle) with his hand over the prize before accepting it in a reverent manner. This can be identified by seeing advertisement banners carried around the ring at the time of calling by yobidashi.

The nominated and well-mannered wrestler receives an arrow from the referee after the final match of the day, and performs the bow-twirling-ceremony at the end of every day of a grand tournament.

In addition to the champion for a winner, sumo wrestlers except for Grand Champions & Champions having more wins (8 wins at the minimum out of 15 matches) than losses are eligible to win one of three awards and determined by the judge committee / journalists.

(1) Outstanding performance awardis given to a wrestler who has remained the top choice for the championship or the winner.

(2) Fighting spirit award is given to a wrestler who had more plenty of fightthan any other.

(3) Technique award is given to a wrestler who showed the most excellent skills.

Official ranking of Sumo wrestlers & other

About 570 sumo wrestlers are divided into six divisions; jonokuchi, jonidan, makushita, juryo, and makuuchi (from the bottom to top). The highest position in the makunouchi division is called yokozuna, or grand champion. The next position is in order ozeki (champion) , sekiwake (the third highest rank) and komusubi(the fourth highest rank), which are called by the general name of san-yaku or the first three rankings. The wrestler live and train in dormitory-gymnasium called stables. Each of the about 30 stables is managed by ex-wrestlers. Generally speaking, apprentice wrestlers enter a stable as young as 13, reach their peak strength in their 20’s and retire in their early 30’s or earlier.

The fifteen-day-tournament is held six times a year - in January, May and September at the Kurame Kokugikan Sumo Hall in Tokyo; in March at Osaka; in July at Nagoya, and in November at Fukuoka. The win-loss records made in these tournaments determine the players' standing in the rank and salary, except for yokozuna, a permanent rank. The tournament winner is awarded a champion's flag, several trophies, money prizes with his name being engraved on the champion trophy given by the Emperor.

-Win the sumo, but lose a game.

One has an advantage over another in a match but the former loses the game by mere chance.

-It is no match for sumo.

There is a big difference in the power between two players.

There are two entrances for wrestlers to enter through. Spectators show favor them on their side and expect them to win.

Katasukashi,one of winning techniques, sidestep the pressure of an opponent.

Isamiashi,one of winning techniques, losing a mach by accidentally stepping out of the ring, or going too far.

Uchari wo kurawasu, the trick of leaning back at the edge of the ring and swinging his opponent around and out. Or turn the tables at the last moment.

Gappuri yotsu,be locked together, each with a firm hold with both hands on his opponent's belt, or be locked in battle.

Hitori zumou,make a lot of fuss for nothing, or fight windmills. Monoii, object to the referee’s decision.

Mizuiri,a break to let wrestlers rest during a prolonged bout.

Names of Japanese traditional arts & martial arts are referred with the same suffix 道pronounced "dou". "Dou" means literally way in Japanese. Japanese aim to not only master the skill but also seek mental enlightenment through practicing or training. For example,

Likewise, we expect sumo wrestlers to be well-disciplined and to get to the bottom of sumo as mentioned before, based on相撲道 sumo-dou. 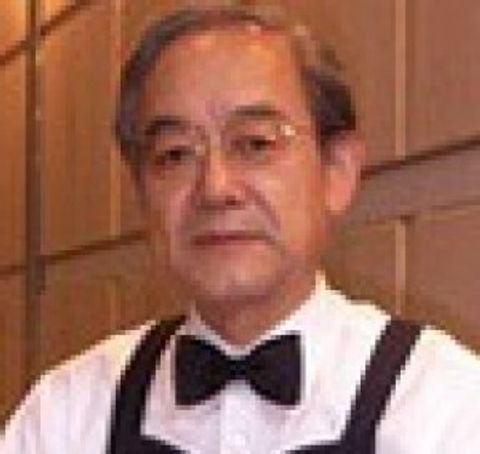 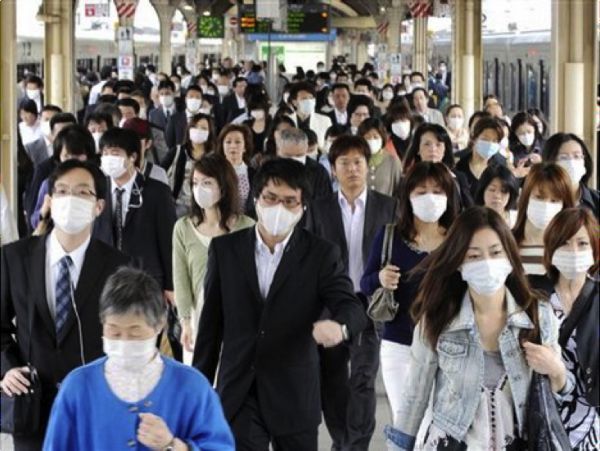 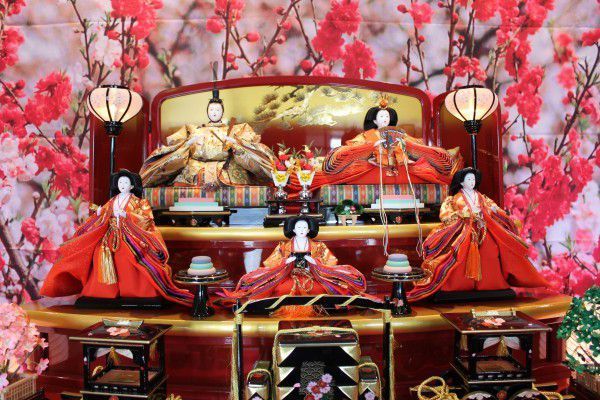 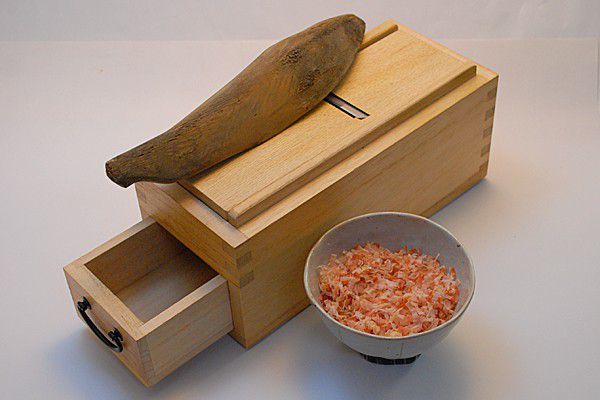 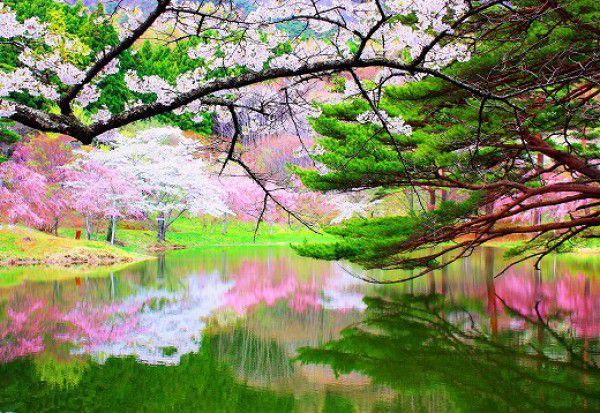 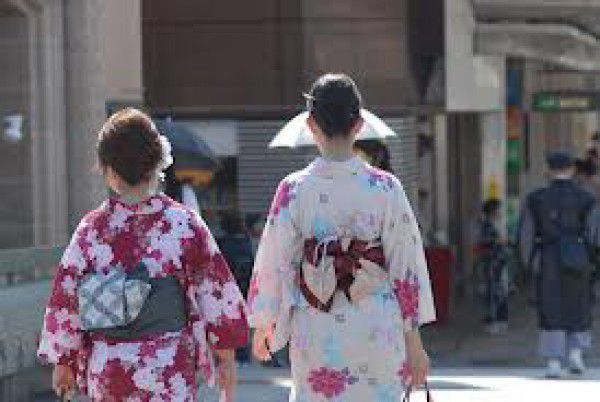