A gardener came to my house to shear trees in the mid-October. Then we chatted over a cup of Japanese tea at the external corridor. He said "Most of trees didn't come into bud, and they should have been influenced by the global warming". Plants seem to have confused the recent strange weather conditions. However, there is one good thing for my family. Typhoons didn't hit the Japanese Archipelago direct, so even a small persimmon tree and mandarin tree in neko-no-hitai, literally cat's forehead, a tiny piece of our garden gave better crop of fruit than usual.

Now it is mid-November. November has another name of the "frosting month" for the season word of a haiku, a Japanese poem in 17 syllables having a 5-7-5 syllabic form and traditionally containing a reference to the seasons. For better or worse, the frost never shows itself anywhere around Yokohama even in mid-winter these past years. It also reminds me that we rarely have snowfalls in winter around Yokohama also these days.

There is a reason why they are called those ways; From the ancient times, everybody has sought a suitable wife or husband, so there are many shrines for the god of matchmaking throughout Japan. Among them, Izumo Great Shrine, where Okuninushi, a Shinto deity, was enshrined, is the first on a list. Okuninushi was the youngest child among 80 brothers and sisters, and was bullied among them. However, he had gentleness and sincerity, and finally married an exquisitely beautiful woman to live happy life for many years. For this reason, he has been worshiped as bringing-god, who presided over matchmaking, among Japanese.

To make arrangements for matchmaking ahead for the following year, gods throughout Japan make a trip to the Great Shrine at Izumo. This means all gods enshrined in a village are away from various provinces; “God is out”.

Autumn-tinted mountains and hills have appeared and some leaves have fallen to prepare for winter. All these scenes indicate the absence of gods to the people. Especially, their thought is enhanced by the concept of Shintoism, the traditional polytheistic religion of Japan, which is based on the nature and ancestor worship.

On this November 1, "ko-garashi #1", literally trees-killing- No.1, or the first wintry blast of the autumn, was announced in the Greater Tokyo Metropolitan area. On November 7, "Rittou" or the beginning of winter fell, according to the lunar calendar again. However, November's daytime has fine, stable weather and many mild Indian summer days. So don't hesitate to make your trip to Japan.

Sooner or later, Mt. Fuji will begin to be gradually covered with snow from the top to the foot day by day, showing magnificent glow. You can enjoy the most beautiful view of snow-capped Mt. Fuji in November.

For cold days, I want to eat something to warm up body and mind. When going shopping next weekend, I would like to suggest my wife that we have a nabe-ryori for dinner. Whatever you say, eating around a nabe , or pot, is to get warm.

Besides, nabe -food has several attractions;

* Can cook easily, because foodstuff has been prepared.

* can choose our favorite foods from the platter.

* can get food nutritional balance.

* can adjust the cooking and flavoring to our own taste.

* can enhance companionship through sharing a single pot on the table.

In Japan we have a popular saying "We have eaten from the same pot", suggesting that we are on good term with each other. That's why we want to share the same pot especially among a family at home and colleagues in an office, physically and mentally.

Herein, I would like to brief you on food cooked in a pot at the table. 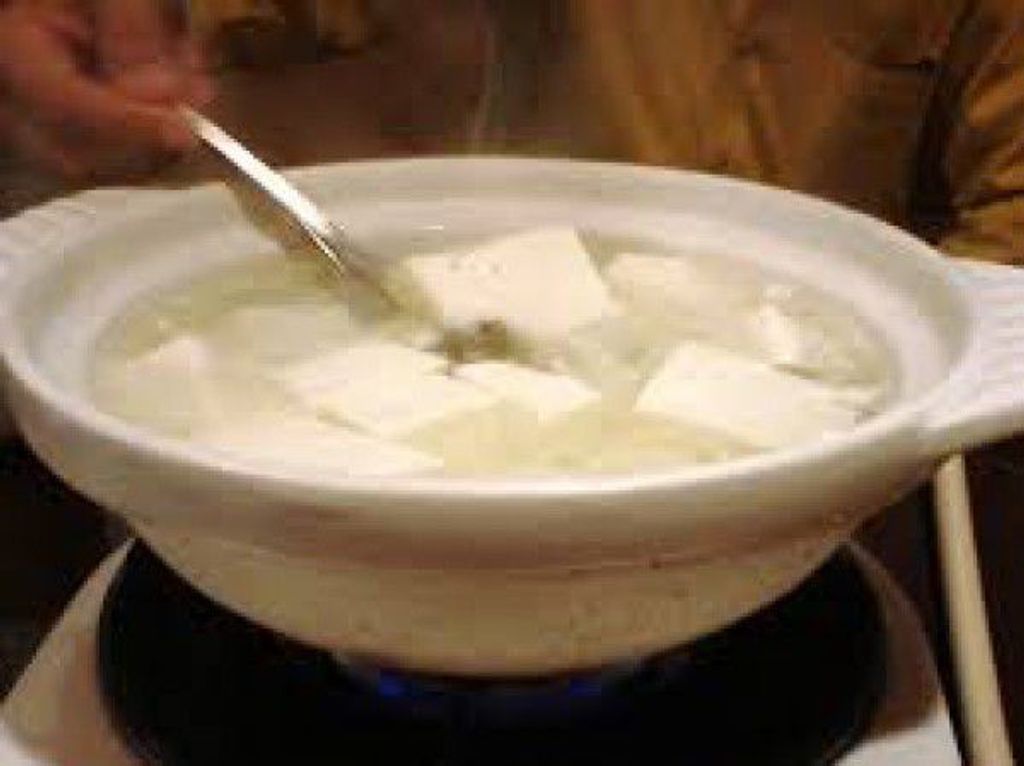 Rice gruel cooked with gravy, miso soup or broth in a pot. We often take the trouble to make stock for it. It is very quick late-night meal on chilly nights. 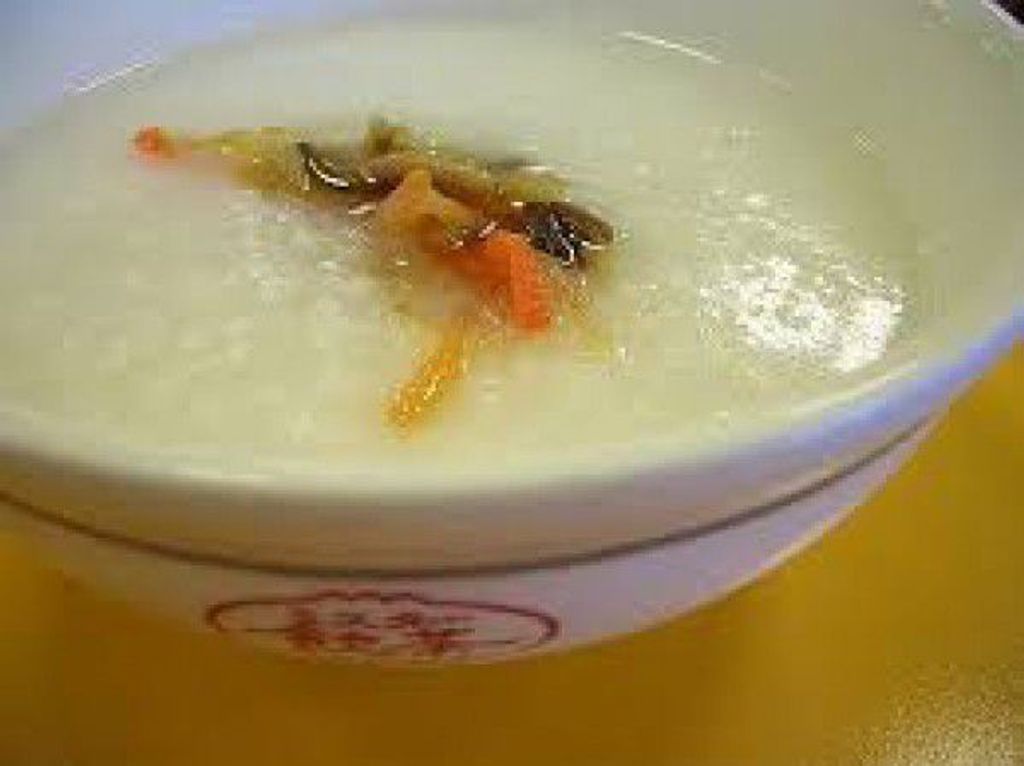 "Yose" means "gather" in English. Collecting our favorite foodstuff such as chicken, fish and vegetables to cook a superb meal, we can enjoy a wide variety of food. This type of chowder pot includes "sanka-nabe", delicacies of all sorts from mountains and seas, "kaki-miso nabe", sliced oyster-cooked in miso with sugar and sweet sake, "tarachiri-nabe" or hot-pot meal of codfish and vegetables dipped in soy-and-vinegar sauce, "iwashi-tsumire nabe" or sardine dumpling in soup, "yanagawa-nabe" or pot of loaches boiled in soy sauce with egg and burdock, 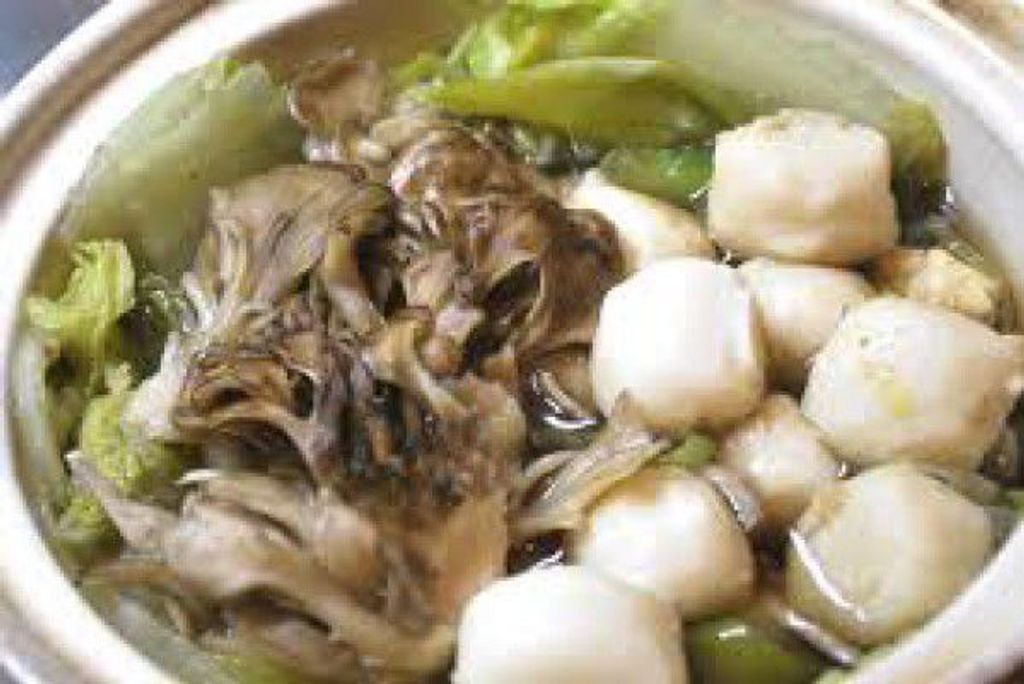 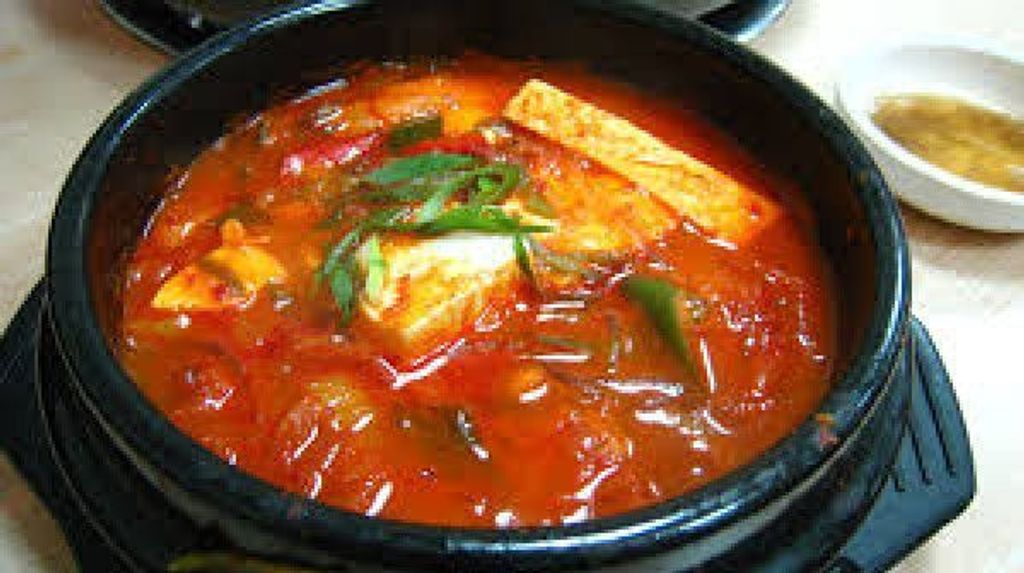 Oden is available throughout the year, but a typical Japanese hodgepodge suitable for winter. Many different food are boiled together in a large pot with a soup seasoned with soy sauce and dried bonito flakes. If you ask a few items at a Yatai, or a street stall, or buy some at convenience store, they are usually served on bamboo skewers. The ingredients include soybean curd, potatoes, hard-boiled eggs, Konnyaku, Japanese radish, kelp rolls, Hampen, and fish paste cakes. Hot mustard goes well with Oden. 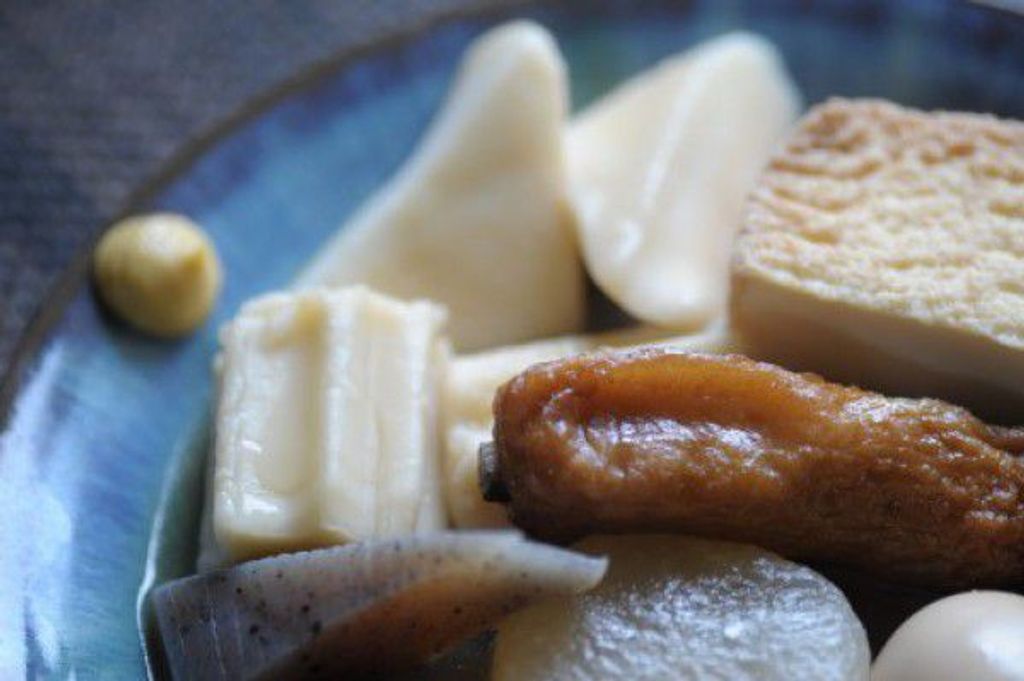 Probably the most famous Japanese dish is "sukiyaki". The ingredients are thinly sliced beef, toasted soybean curd, strips of Konnyaku, green onions, chrysanthemum leaves, etc. They are cooked in a cast-iron pan and seasoned with soybean sauce, sweet rice wine, or dry rice wine. The pan is heated over a gas ring placed on the table. Piping hot foods are picked from the pan and eaten by dipping them into a small bowl containing a beaten raw egg. 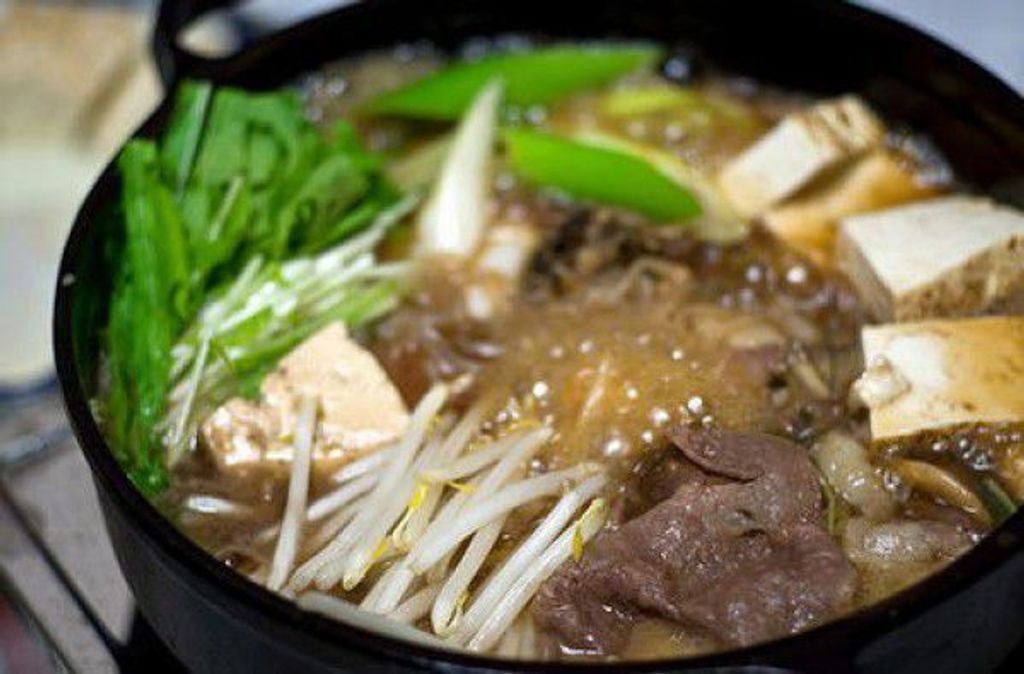 Enjoy any pot-food while it is piping hot, but be careful not to get scalded if you have a "neko-jita", literally cat's tongue, or you cannot eat hot food.

A saying goes "the more, the merrier". For nabe-food, we can say "the more, the tastier". So let's eat and chat with exchanging cup of warming sake with each other.

What kind of pot food do you enjoy in your home during winter or cold weather?