You will find a pair of stone figure of dog like creature in front of temples or shrines. They are Komainu or Guardian dog. Their job is to protect the facility from spiritual enemy such as evil or sin.

A pair of Komainu in Asakusa Shrine, Tokyo

They were introduced from China in 7th C. But the origin is much older in ancient Mesopotamia. They were guardian lions at gates of castles. Lion is strongest among animals and their head with mane could be regarded as the sun. It was enough to become a symbol of sovereignty of King. 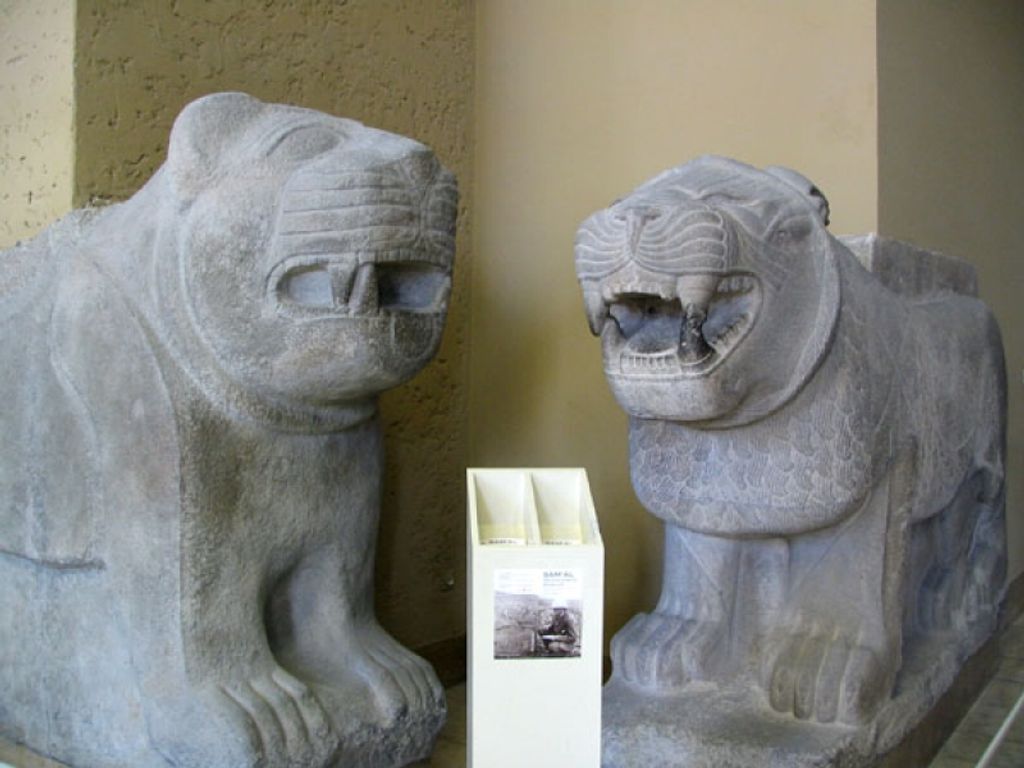 A pair of Lion in Ancient Mesopotamia, Pergamonmuseum, Berlin

They were introduced to Europe to work same job as guardian. They frequently held a name plate of King. It was a good decoration at a gate and effective to heighten authority. 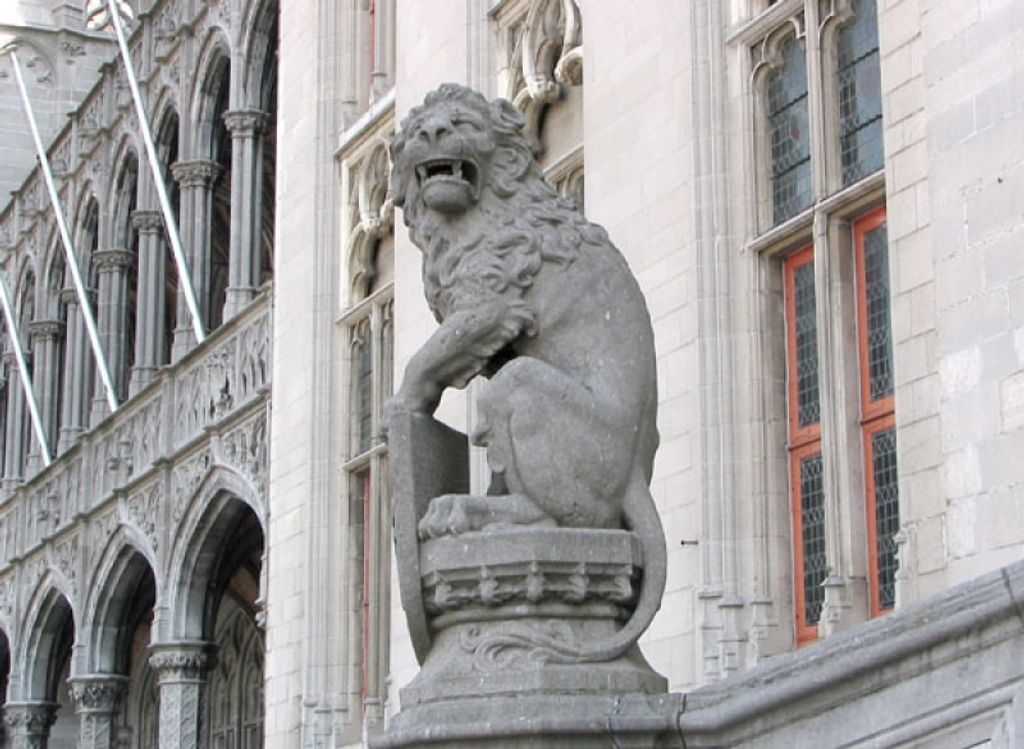 A Lion Holding a Shield in Grand-Plece, Brussels

These lion figures spread also to the East. Although it was recognized correctly as a lion in China, Japanese people had never seen a lion. This curious creature was interpreted as a mysterious dog with a mane. In these old days, they protected a bed room of aristocrats at an entrance. One example is Meiji Jingu shrine. You can not find Komainu, since they stay inside. 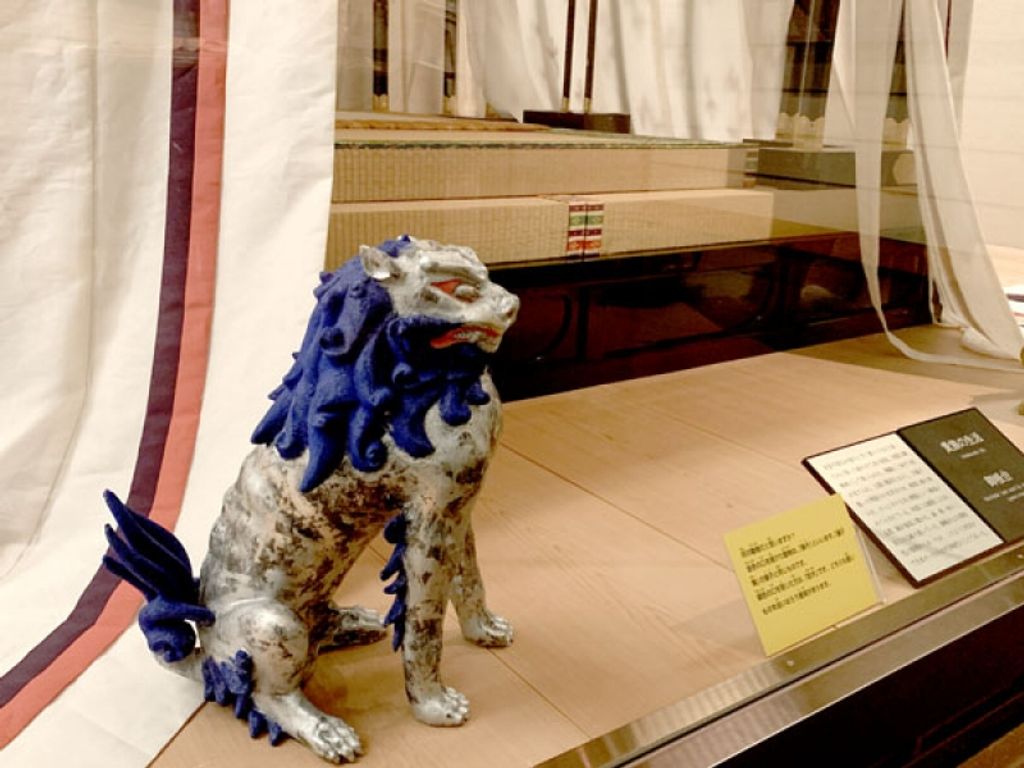 Komainu as a Guardian of Bed Room Screened off by Curtains, National Museum of Japanese History

Now, they sit in front of many temples and shrines. Komainus have wide variety in appearance by location and era. There are some Komainu lovers, who collect thousands of photo. Such photographic albums were published. It will be interesting for you to observe Komainu, when you arrive at shrines or temples. 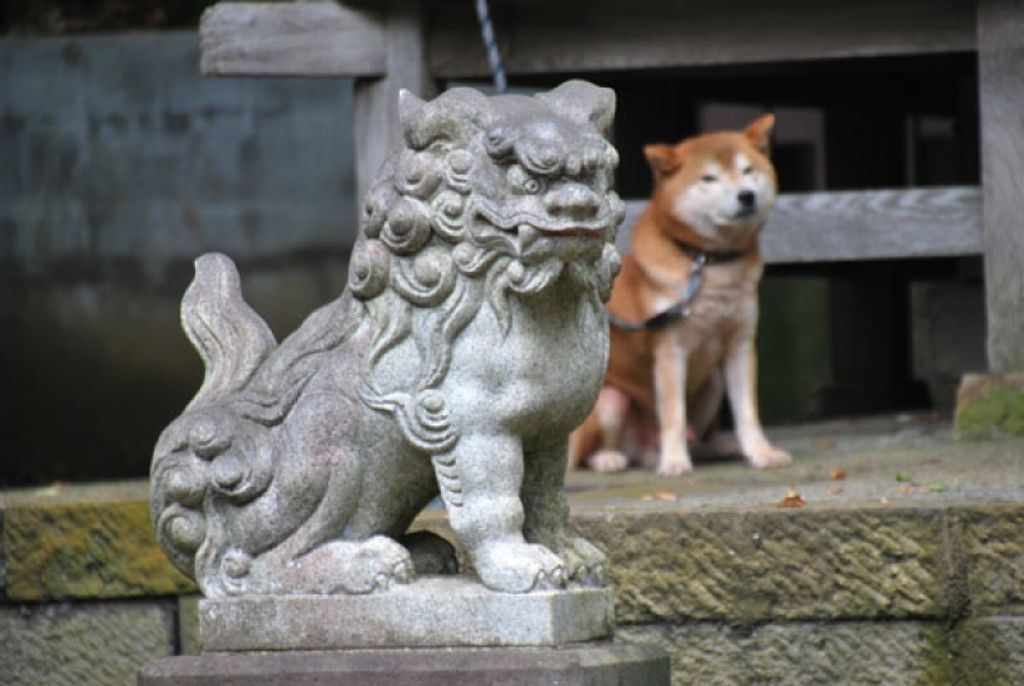 1. Pat and Joke in Kamakura   If you visit Kamakura, Tsurugaoka Hachimangu Shrine is indispensable as the most popular tourist site in Kamakura. Afte...

You will find a pair of stone figure of dog like creature in front of temples or shrines. They are Komainu or Guardian dog. Their job is to protect ...

Composition of the Museum "teamLab Borderless"

You, who read this section, must have already known the "teamLab", which is a museum of experience type. You explore each exhibition spaces, in whic...

Witness an amazing blend of modern and ancient Japanese cultures through this West Tokyo tour. The suburb of hidden Futako-Tamagawa has been recently urbanized due to the population growth. However, some parts of the town are still conserved as significant Cultural Property, keeping the unique Japanese cultural vibes. Through this walking tour, you can visit traditional Japanese farmhouses in the Edo era, Joshinji temple, and other interesting places. Let’s discover Japanese culture together.

Are you interested in Japanese history? This history tour will perfectly fulfill your curiosity. As an important political center since the 17th Century, the Tokyo Imperial Palace has a significant cultural and historical legacy. See many significant buildings, such as Edo Castle, Shiba-Toshogu Shrine, Zojoji Temple, a Japanese Orthodox church, an archeological museum, and much more. Come and take a stroll through time around the Palace. I am looking forward to sharing Japanese history with you.

In west part of Tokyo, there are several characteristic towns by short ride of train. Among them, Shimokitazawa, Goutokuji and Meguro Sky Garden are loved by citizen, interesting sites also for tourists. They are shopping streets, a temple and a park. Each has its own unique feature. We stroll these suburb towns watching daily lives of usual Tokyo citizen.

Yokohama has grown as a port city since the isolation policy of 260 years was lifted in middle 19th C. As the Western culture flowed into Japan, the city got exotic atmosphere, which turned the city to a tourist destination. We will visit legacies of port facilities to know the history and enjoy waterfront scenery combined with newly developed architectures.

Kamakura is one hour away from Tokyo by train and was once a capital city in 13-14th C. There are many old temples and shrines founded in the era. They have tastes of Samurai culture, different from those in Kyoto. We will walk from Kita-kamakura to central Kamakura visiting a big Zen temple, Kentyoji and a popular shrine, Tsurugaoka Hachimangu and four small temples of interesting features.

Plan your trip to Tokyo with Kazuo F.