LET'S ENJOY THE SUMMER IN JAPAN THROUGH YOUR FIVE SENSES

LET'S ENJOY THE SUMMER IN JAPAN THROUGH YOUR FIVE SENSES! 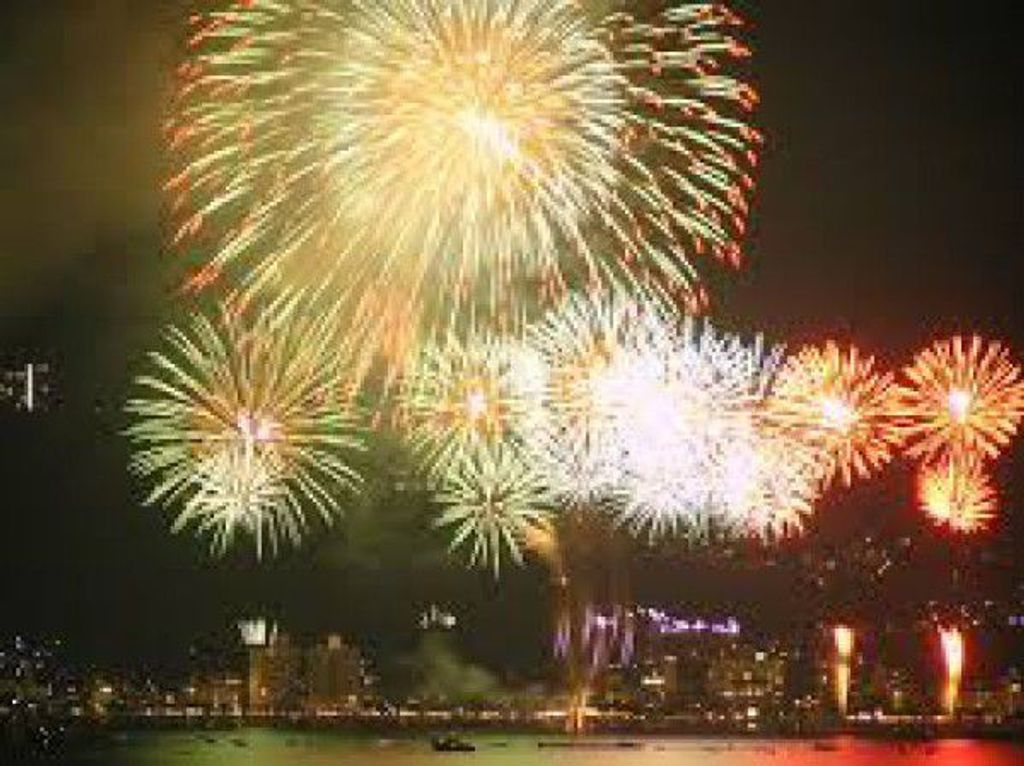 The rainy season was over. The summer heat has come and been nearing its peak day by day. Because of humidity, people often find the summer months unpleasant and unbearable even in air-conditioned office buildings which are not completely cooled down under the strict energy conservation policy.

However, summer in Japan offers a wide variety of attractions such as outdoor activities including mountain-climbing or bathing or staying in a summer resort. It is also the season of colorful festivals in a great number of shrines throughout the country.

Be that as it may, it is hot and humid in summer in Japan. There are many tropical nights, sweltering nights when temperature does not fall below 25 degrees Celsius (77 degrees Fahrenheit), and we are unable to sleep now as in ages past. To lay dust and reduce hot weather, we used to sprinkle water in the part of the garden or road in old days when houses had a tiny piece of land or roads were not paved. Now, we plod along a still-heated asphalted street in the evening to a rooftop beer garden to cool off and to enjoy nice cold beer instead. The number of Japanese gentlemen suffering from metabolic-syndrome will increase especially in summer. I must be also more careful.

In place of having a glass of chilled beer, I would like to tell you on two traditional and popular ways to cope with the heat of summer in Japan.

The first one is Hanabi or fireworks.

I've learned from a book on English and American literary calendar published in 1968 in Japan that fireworks had been launched with a roaring sound after a reception in England, brilliantly coloring the night sky in summer and rendering a pleasant feeling to the eye and ear of people, while in USA on the Fourth of July (Independent Day) the display of fireworks in the evening was the main attraction and drew great crowds. I don't know how they are being enjoyed now. Do you have fireworks display in your country?

I've learned from another book that; a globe-like shell of fireworks in Japan, a cylinder-like shell of ones outside Japan, will be set off through a cylinder shape pipe, creating a distinguished difference in designs and colors of fireworks; a perfect circle formation or non-circle one respectively.

In Japan, fire works are enjoyed as a special attraction of summer in the same manner as viewing cherry blossoms in spring or colored leaves in autumn or snow-covered blossoms in winter. That reminds me. Fireworks is written in Chinese character "hana-bi " or literally "flower fire", suggesting a spectacle of fireworks coming out all at once beautifully , and at once scatter. The design of most of Japanese fireworks, therefore, are based on typical seasonal flowers including plum blossoms, cherry blossoms, chrysanthemum, peony and wisteria. A firework is also enjoyed by Japanese as a symbol of gracefulness and resignation or transiency like cherry-blossoms.

Historically, the technique used in making fireworks were introduced to Japan in the 16 th century. Since then, Japanese fireworks have been continuously developed by fireworks experts in pursuit of the beauty, which being especially noted for two types;

Wari-mono type (including; tsuri-dama): When a wari-mono is sent upon, it is ignited through different fuses to control timing of explosion to produce spectacular starburst to represent one of the forms of above-mentioned flowers. Wari-mono explodes radically, their color changing 2 or 3 times, while tsuri-dama are suspended from parachutes and their light flash on and off as they drift down.

Poka-mono type:  It has a similar makeup to fireworks to be used as signal for beginning of festivals or field days. It is packed with various parts which emit out from shells in the form of small flowers, bees, into all directions.

Back into early 17 th century, people in Edo , old name of Tokyo, began to walk peacefully on the banks of the Sumida river to enjoy the evening cool during summer season because the state of society settled down after the unification of the nation by Tokugawa Ieyasu , the first founder of Tokugawa shogunate. The river festival had been held for three months from the beginning of summer to launch the water god festival, celebrating opening of the river for evening cooling and wishing for prevention of a water accident.

Then, around mid 17 th century, fireworks, prohibited to launch in the streets for security reason, were shot off only from the boats on the Sumida river individually by the rich along with evening cooling.

In 1732, unfortunately, the great famine occurred due to the abnormal proliferation of locust throughout the southwestern Japan, causing a lot of persons who died of starvation of epidemics. For the purpose of consoling the spirit of deceased persons and driving away epidemics, spectacular sky rocket and set fireworks ware begun to display by 8 th Tokugawa Shogunate Yoshimune. In addition, restaurants by the bridge over Sumida river got permission to launch fireworks and thus the fireworks display was begun to hold in conjunction with the river festival at Ryogoku as the annual event. The Sumida river has become popular as a noted place for fireworks.   In these days, as I mentioned before, Tokugawa shogunate banned the use of fireworks apart from river festivals. One reasons was it was in line with its policy of promoting frugal habits and discourage any tendency toward indulgence in luxury, and another was that gunpowder was strictly controlled for security reason, so only two firework experts in Edo, Kagi-ya and Tama-ya , were permitted to make them. The former usually took the upper of River Sumida and Tama-ya the lower across the Ryogoku Bridge for launching. Still now, some people call "tama-ya" or "kagiya" at the time of letting off, maybe feeling nostalgia for Edo-downtown atmosphere.

The second one is Japanese eel

According to the calendar of Ancient China, combination of The Way of Yin and Yang & The Chinese doctrine of the Five , all phenomena are classified into five elements, including tree, fire, earth, gold and water, as you may know. These elements are also fit into each of four seasons. The last 18 days of each season fits into "earth" or or do, which of the summer is very hot. People have custom to eat very nutritious food, especially Japanese eels during this period. We call it "do-you-ushi-no-hi" or the ox day in the hottest part of summer. According to the new calendar, doyou falls on the period from July 19 to August 5 for 18 days and ushino-hi falls on July 24 and August 5 for this year. When you walk through a street especially during the this period, you find a flavor of broiled eel in the air.

Japanese eel is very old eatable fish, the name of which appears in Manyoushu or Collection of Ten Thousand Leaves compiled in mid-8 th century. People believed both in the East and West that eel was born from a yam or mud, because its mode of life and egg-laying place has been not clearly identified so far yet. If we say Japanese eel, it always means "kaba-yaki" or broiled one. Broiled eel appeared in the late-17 th century. It has Vitamin A in the liver and high calorie, that is, it contains 20% protein and fat 250 times one of yam, effectively preventing us from suffering from summer fatigue or being suitable for restorative for summer fatigue. Before eating, powdered Sansho or Japanese pepper is usually sprinkled over the eel to heighten its flavor.

To prepare it for cooking, the old Tokyo cooking method is to split open the eel in the back, steam and grill it while Kyoto cooking one is to cut it open from the belly and then grill it without steaming. People in old Tokyo, samurai-oriented society, seemed to hate cooking way of belly-opening, hinting a suicide by disembowelment. Besides, we find some differences of the food culture between the Tokyo and Kyoto, for example, miso -soup. Tokyo one uses reddish-brown miso while one in Kyoto does white one. You also find other differences in cooking way or seasoning between them.

The recipe is as follows: First, bamboo skewers are stuck through a split and cleaned eel. Second, the eel is steamed (although not in Western Japan as I mentioned before). Finally, the steamed eel is broiled over charcoal fire while being dipped several times in a special sauce. The sauce is a broiled mixture of eel stock soy sauce, sugar and sweet rice wine.

During the summer in Japan, let's stroll in the evening in yukata , and enjoy smells and tastes of kabayaki , and sounds, air vibration and lights of hanabi through the five senses.