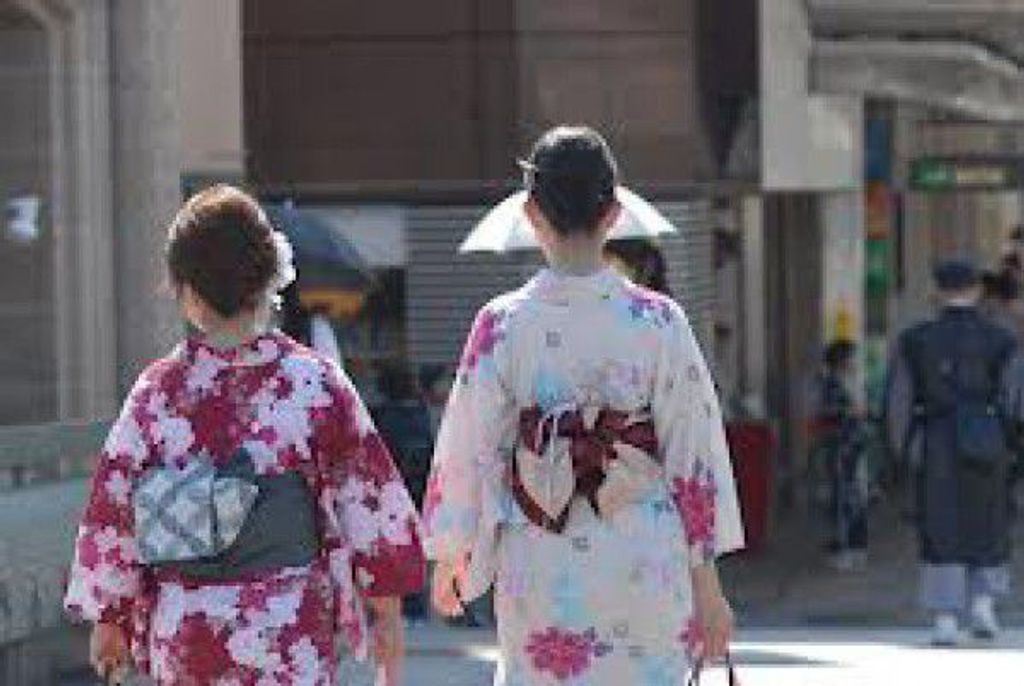 Japanese summer was said to be "unusually hot " over the past several years. Currently, we have been finally saying "usually hot" for this summer, although it is" unbearably hot" especially for senior people like me.

A wide variety of traditional methods to beat summer heat and humidity have been introduced and applied over the centuries in Japan. However, these methods are not enough to cope with the current terrible heat waves. Therefore, most of our houses have been installed with a modern convenience such as dehumidifiers or air-conditioners.

Even though the cut-edging technology has been very popular, many of the traditional methods are still in use not only for our physical effect, but also for our mental satisfaction in pursuit of coolness.

I would like to introduce a few of traditional ones herein which you may happen to see during traveling in Japan in the summer, as well as a hint for you to enjoy a poetic touch of the Japanese traditional summer culture through them.

Traditional Japanese houses were built to adapt to the Japanese typical hot and humid summer climates. To some extent, they could be aired out naturally through structural design and materials of buildings to result in some coolness and dryness. However, due to highly unusual temperatures, these structural airing are not enough and most of houses have to be equipped with air-conditioners. Interestingly, traditional following items are still seen and used as one of seasonal decorations or for nostalgia for the good old days.

People hang “furin”, or wind chimes from the eaves of their houses during the summer. A furin is a small bell that is designed to ring even in the weak wind to create a feeling of coolness in the hot summer days especially at night. Bells in Japan are generally categorized into two kinds. Big bells cast from bronze in temples are called "kane". Small bells attached with good-luck charms or medium bells hung from ceilings in shrines are called "suzu". The "furin" is a type of bell between the "suzu" and "kane". It is made of metal, glass, or porcelain, creating a delicate and serene tone with a sleep-inducing effect especially on hot night. An oblong piece of cardboard suspended with a string is attached to the inner part of the wind-bells to catch even a breeze.

"Sudare” are a Japanese-style hanging blinds or screens made of thin split bamboo slats fastened together with thread. They prevent direct sunlight from entering rooms and allow cool breezes to pass through them, making them especially useful in summer. They can be rolled up when not required. "Sudare"are hung at the entrance of a home or to cover open windows. From outside, in the daytime, the inside of houses is invisible, but easily so from the inside of houses. We have to be careful at night, because this is opposite at night.

Yokan is paste made from a mixture of azuki beans and sugar, shaped by a mold, and steamed to set, with jelly-like texture. Mizu-yokan, a seasonal version of yokan, is especially popular in summer. It is more succulent ,so looks more transparent than regular yokan, and is accentuated with ingredients such as colorful fruits or jelly inside. It is served cold with hot green tea, so you can enjoy tasting hot tea and cold yokan as well as the contrast between green tea and colorful yokan.

In Japan, tea usually means green tea. Japanese drink tea on many occasions: with meals, at teatime, and whenever visitors call. You may think it is always served hot, but sometimes it is served cool, especially in summer. Clear green tea reminds people of breezy green groves in the mountains and also supplies you with a wide variety of nutrients such as Vitamins C & E, Catechin, Caffeine, and Flavonoid, all of which help provide you with the vitality necessary to beat the summer heat.

Sake is a fermented alcoholic drink made from rice. It is normally wormed to body temperature before drinking. A flask poured with it is called a "tokkuri" which is placed in hot water of a kettle. Sake drunk in this way is called "kan" (warmed), and it is usually sipped from small cups called "choko". In summer, some people prefer to drink a small glass of cool sake. Such cool sake will be served from a natural bamboo container placed in ice packed barrel. We call this way of drinking "Hiya" (Cooled). The light green surface and fragrance of fresh-cut bamboo will add to your feeling of coolness and refreshment.

After taking a bath on a hot and sticky day, you can feel really relaxed and refreshed in "yukata". " Yukata" is a simple, light cotton kimono worn in the room when relaxing, or for going out for a walk, or even for sleeping in summer. It is especially popular with young people these days. When they go to summer festivals or fireworks displays, they prefer to wear a colorful and fashionable ones. A new type and currently popular one is a cross between the " yukata" robe and a miniskirt.

Geta are traditional Japanese clogs worn with kimono. They are made of Paulonia wood with a thong, and have a wooden platform with two 10cm-high wooden slats on the bottom. Geta for men are made of plain wood and usually have black thongs while some of luxury ones for women are lacquered and have thongs of silk or velvet. Today, the two slats of geta for young people have been replaced by a flat rubber bottom to prevent them from falling to the ground. Even modified Geta are very refreshing and comfortable for your bare feet in summer.

Taking a suffocating train during rush hours, you will want something to provide a breeze to your face even it is air-conditioned inside the train. On such an occasion, Sensu can be a great help for you. Therefore, many Japanese seniors take a sensu with them when they go out, especially in hot summer time. Generally, a sensu is made by pasting paper on a thin frame-work of finely split bamboo. Japanese fans are not merely for fanning on hot summer days, but are quite indispensable for ceremonial occasions, visiting a theater and Japanese dancing, and are often used as accessories, especially when wearing formal kimono.

Uchiwa fans are good for people who are sensitive to air-conditioning, because you can fan yourself and control breeze to meet your requirements. Without electricity , but with continuous muscle exercise. How eco-friendly and healthy it is!! We can say that Sensu are formal fans, and uchiwa are casual ones. Uchiwa are decorated with beautiful drawings and are often used for advertising. Good news for you. You may pick up a Uchiwa at the check-in counter of Sunrise Tours at Hamamatsucho Bus Terminal in Tokyo during summer campaign period 2007.

In the summer, people stroll through markets early in the morning or street fairs in the evening to keep away from heat. Please enjoy wandering among crowds of local people in the neighborhood of your hotel and a chance to come across some attractive summer-related items for souvenirs and also enjoy the festive mood including a wide variety of Bon-odori in the evening between the middle of July to August in the precincts of temples, shrines of plazas. Bon is a festival for the dead, being held during the period between July 13-16 in some places on New style, or August 13th to 16th on the Old style in other places. During these periods, Buddhist service are held at temples and private homes to welcome the spirits of their ancestors.