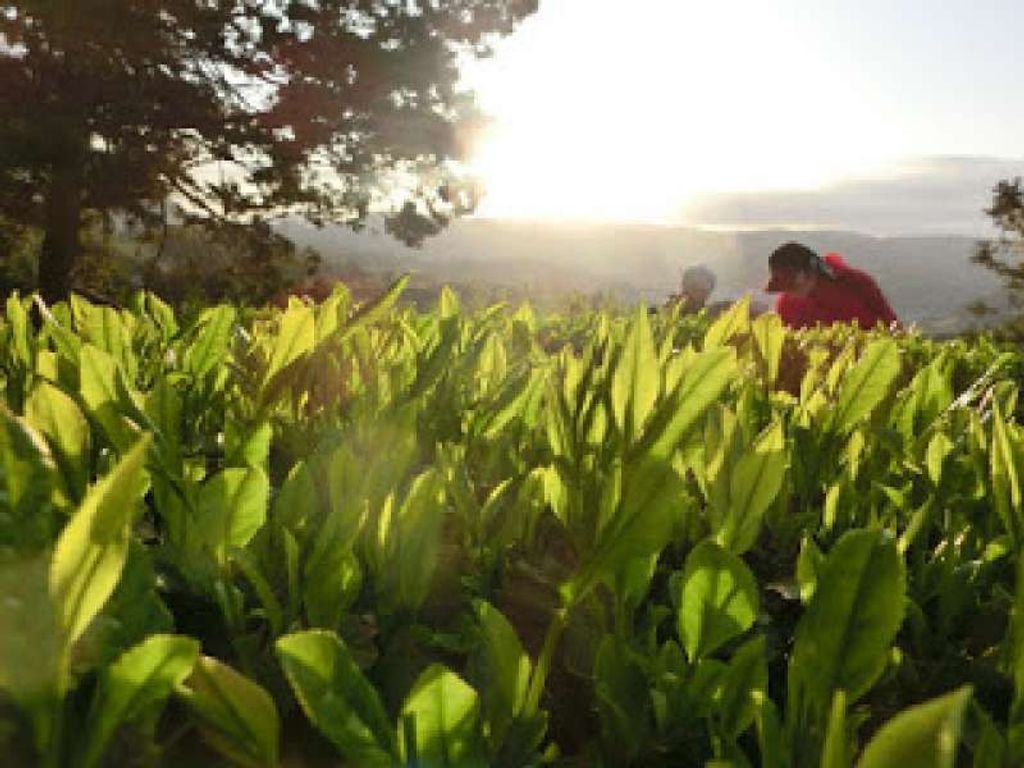 88th days from rishun 立春 (the beginning of spring) around 2nd of May is a symbolical in traditional japanese calender.
Uji in Kyoto and Shizuoka are the most popular tea production area in Japan.
Uji tea plantation and its livelihood was designated as one of the important cultural landscape by Agency for Cultural Affairs, Japanese Government .


Tea trees are everywhere around their housing in wazuka, as if their house is floating in the middle of the tea plantation, and wazuka is one of the 50 members for ”the most beautiful villages in Japan".
tea plantation scenery in Wazuka town. 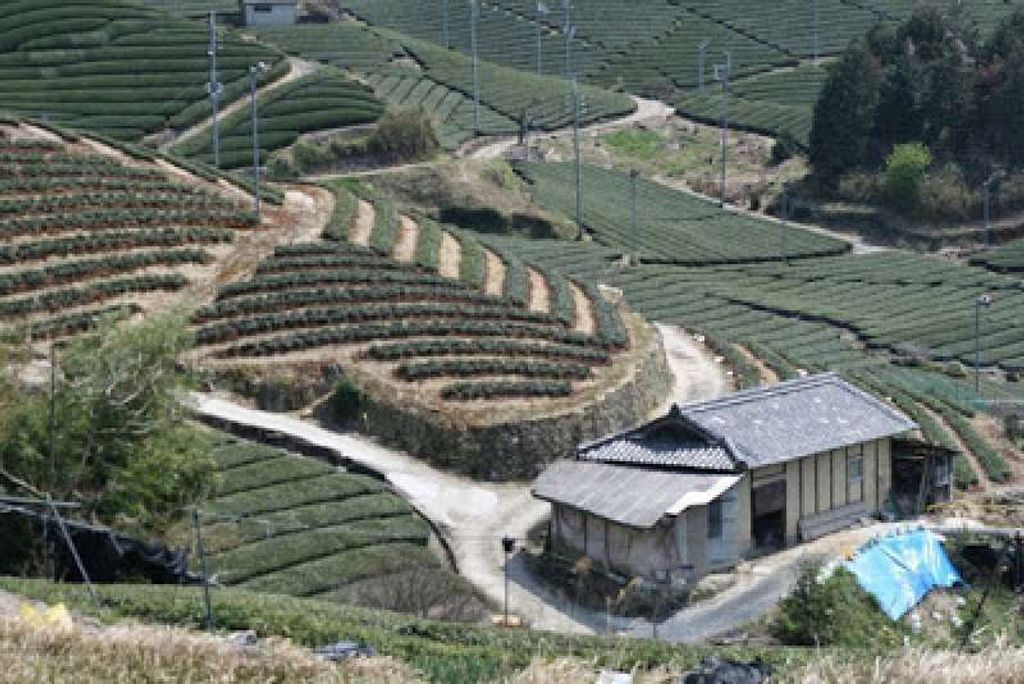 tea plants in the left side is nursery
tea leaves can be picked 5 years after the transplantation, and can be harvested until 50 years old in general.
older tea plant is also grown in the less commercially produced areas generally in the mountains. some plants are above 300 years old. 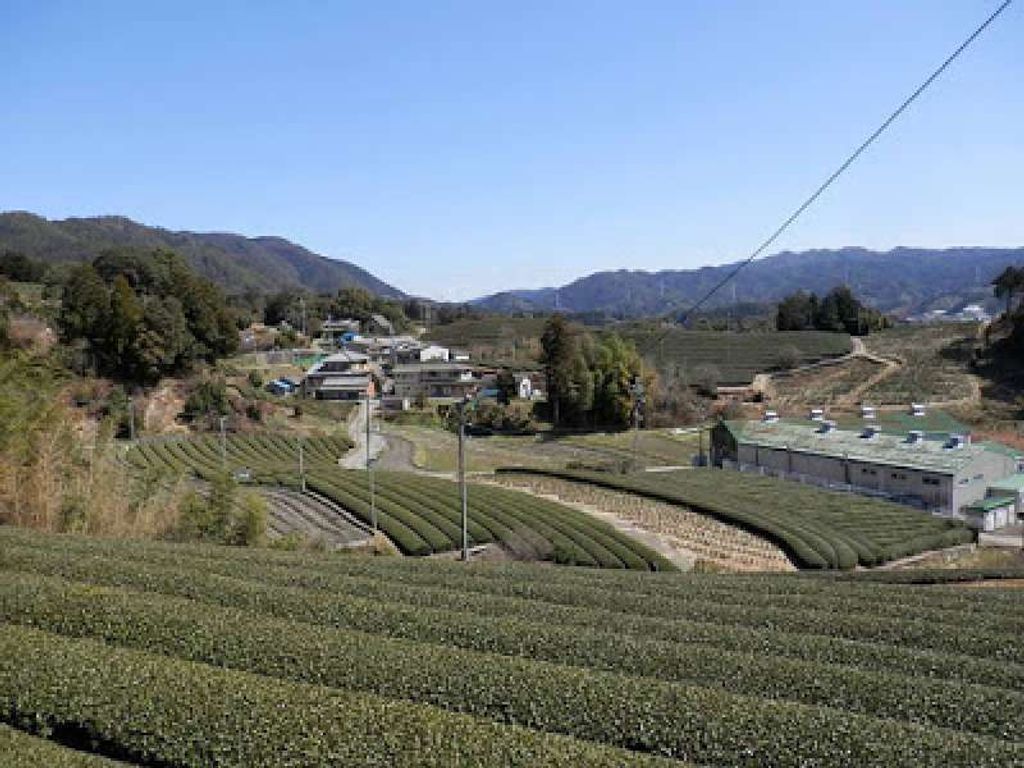 This vallage called Yubune湯船, and there are many tea factories to process tea leaves.
chimnnies can be seen on the top of their roofs,  and local residents are also unique to accommodate migrant labors working for their tea plantation. the labors are said to be from wakayama, where orange is main cash crop and temporary labors are working there in winter season and started to migrate tea plantation in spring time.

There are two types of tea; fermented or unfermented (woolong tea is semi-fermented).
black tea is fermented, and green tea is unfermented tea.
there are two production methods to make green tea; one is covered by yoshizu (marsh-reed screen), called "ooishita" and the otehr is uncovered "roji", or open cultivation.

the merits of ooishita cultivation are as follows;
1. leaves are thick green colored
2. broader leaves
3. thinner leaves
4. smell and flavor become thicken
by covering tea leaves by the screen, the amount of sunlights is limited and therefore, photosynthesis capacity of the plants is enhanced; the leaves become thick colored and soft, and its smell and flavor will be strengthen.
Left: ooishita, covered by black screen for 3 days.  Right: open cultivation
tea produced by ooishita cultivation is called "Gyokuro玉露" or "Tencha碾茶", which can be sold at a higher price compared to outdoor cultivated tea, called "Sencha"煎茶.
ooishita cultivation 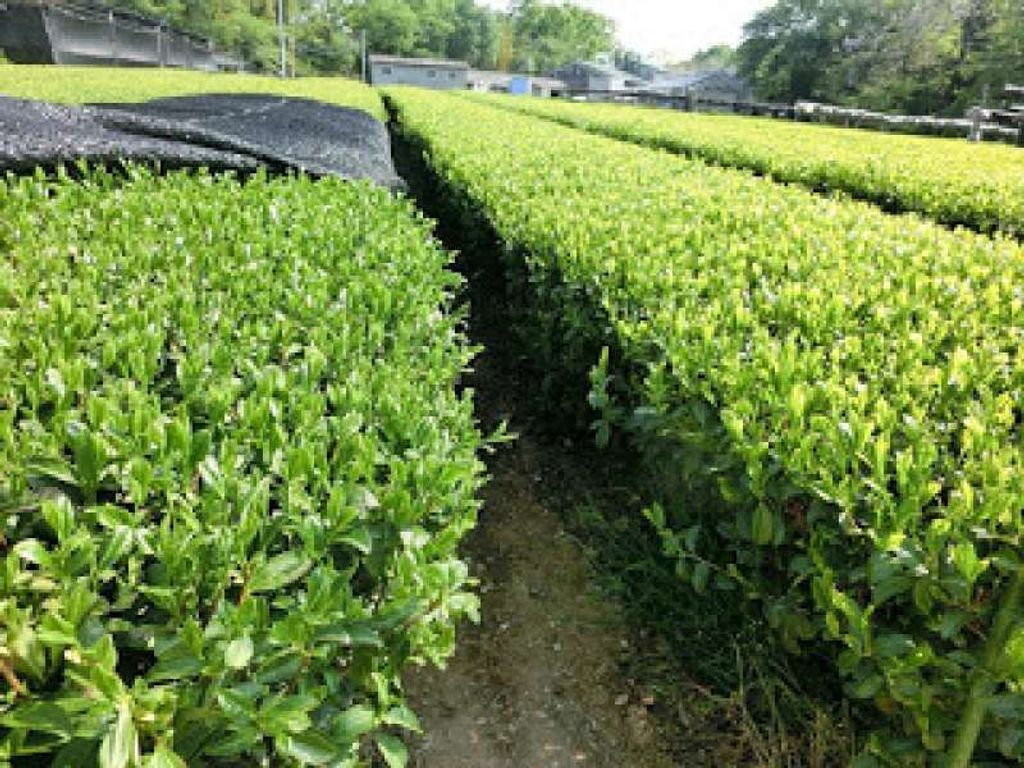 In 88 days after the spring, around 2nd May, is a season for tea picking.
It starts in the early morning generally under the gentle sunlight.
"Isshin Sanyo 一芯三葉" means one stem and three leaves.
this is the criteria to pick up tea leaves perfectly for tea pickers, usually ladies working as temporal labors in the tea farms.
Nowadays, most tea leaves are harvested by machinery, but hand picking is also undertaken especially for making high valued tea products and for contest tea called shuppin cha . 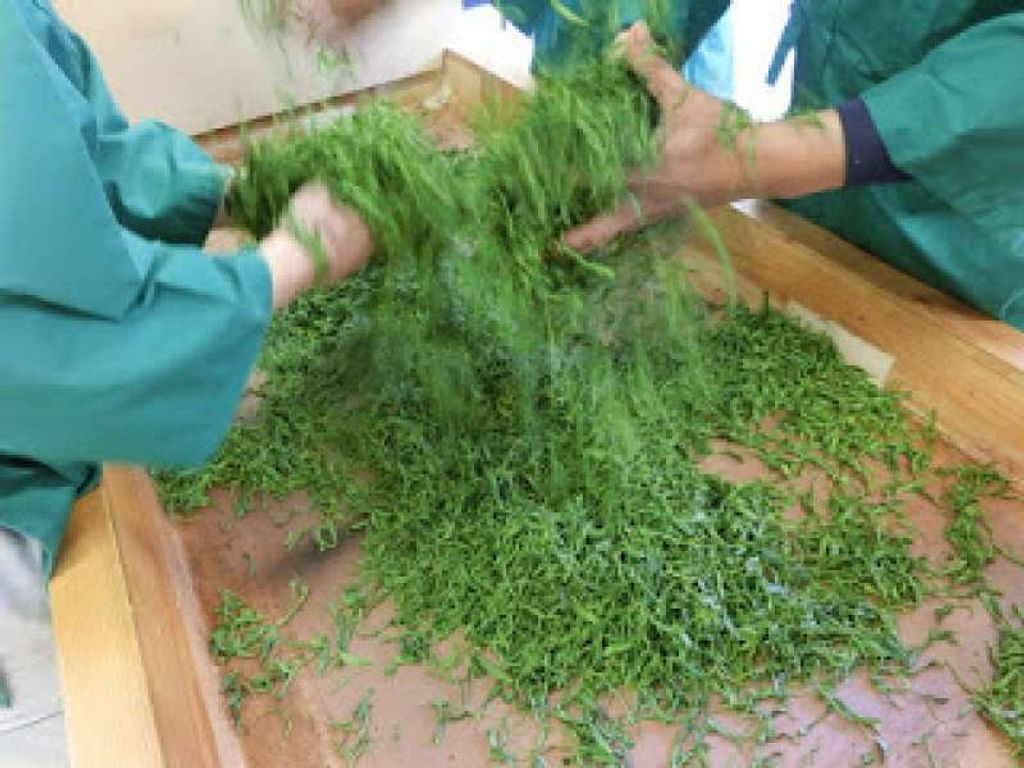 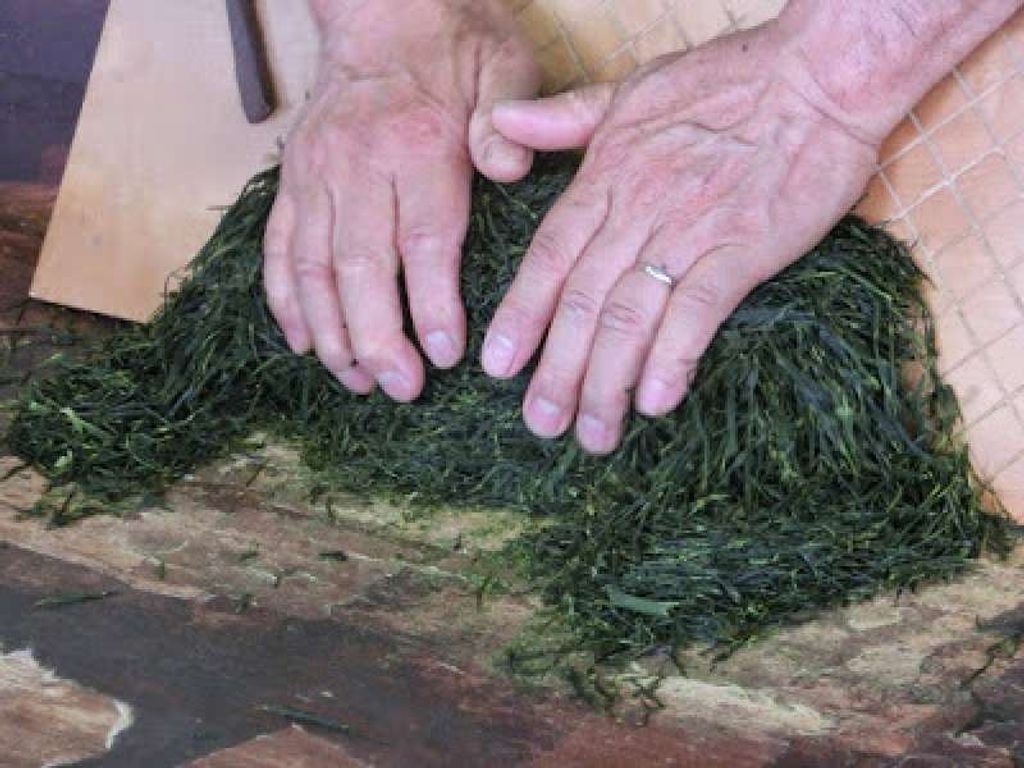 burned charcoal under the board, tea leaves are warmed.
and 4 hours later...
leaves become thinner and thinner like pine-needles... 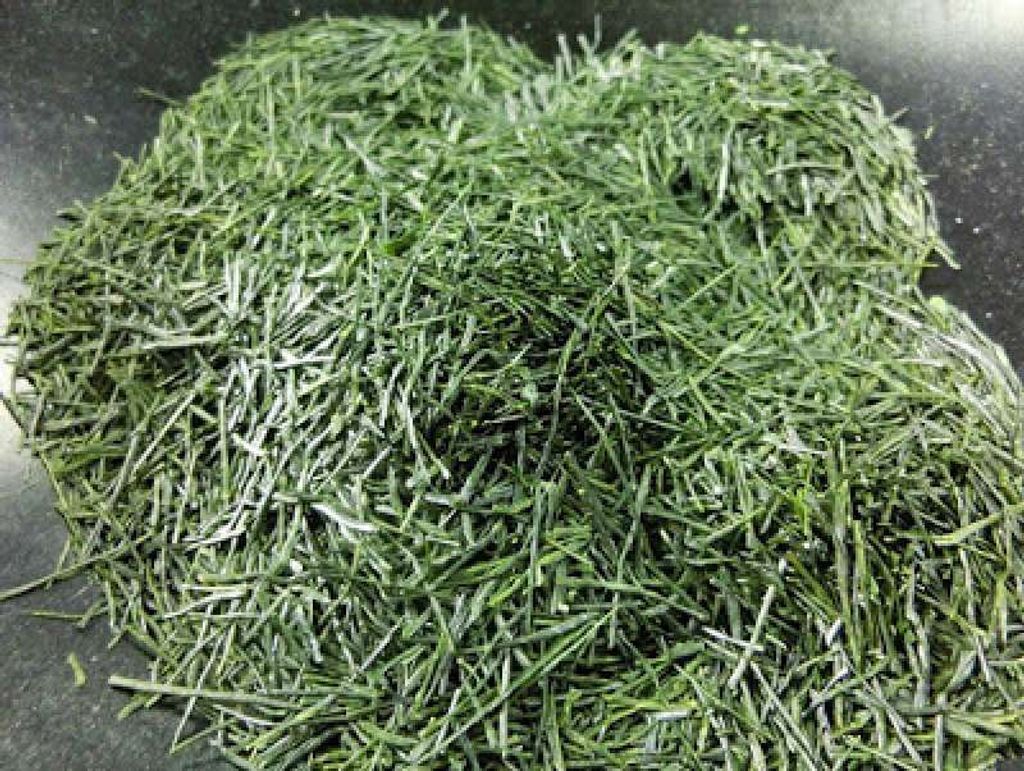 Nara's charm is not only deers but also its traditional country lifestyle, which has been inherited from generations to generations. Half a day off-t...

Off-the-Beaten Nara: Things to do other than meeting with "Deers"

A treasure house of traditinal knowledge on plants and ancient shintoism Uda city is located 1 hour away from the "Deer Park" in Nara city, ancient ...

Plan your trip to Kyoto with Chisato M.