Starting from Kokubunji temple in Mano - Ringing temple bells 108 times to cast away earthly desires before the new year. 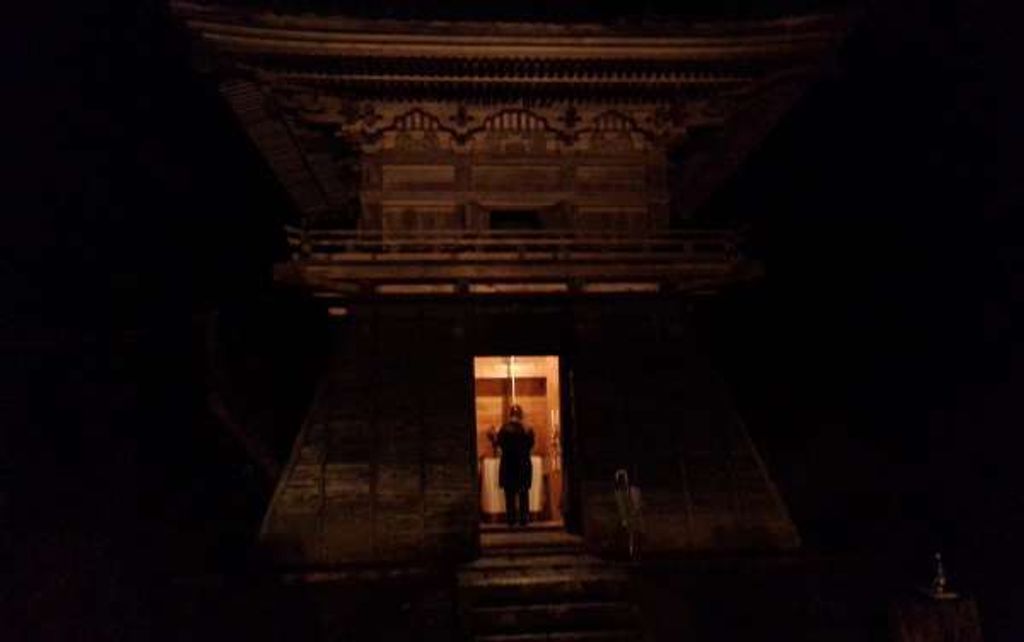 At around 11:30 p.m. on New Year's Eve, people come to Kokubunji temple to toll temple bell to cast away sins of the year and pray for the happiness of the coming year.  This event is called "Joya-no-kane" meaning the night to remove the year's evil.

Next, I headed to Hiyoshi Shrine in Niibo for the first shrine visit in 2016.

Luckily, I visited this shrine with my close friends. 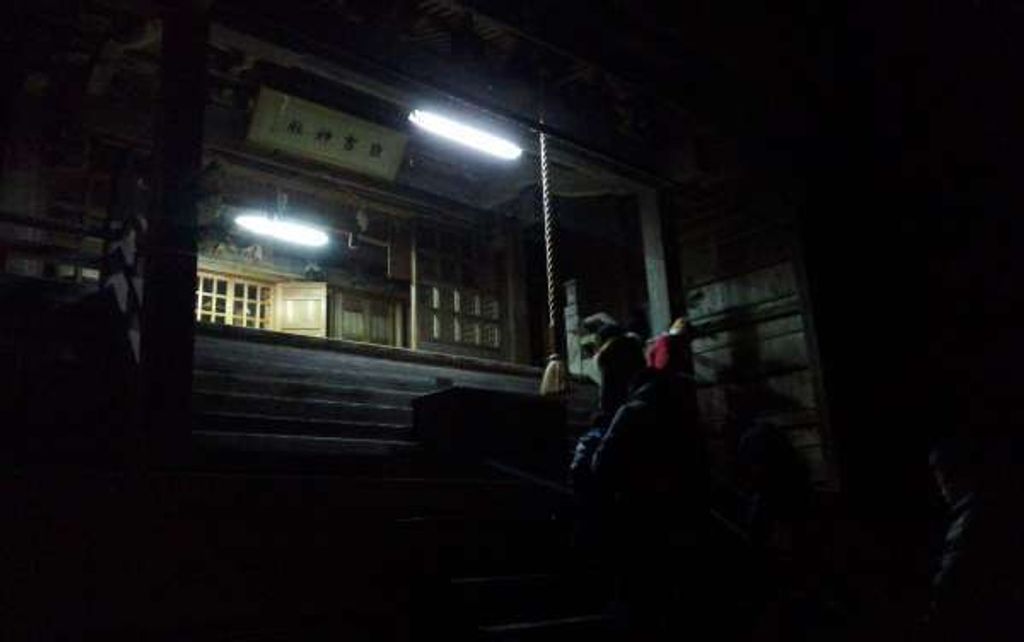 Then, I visited Ushio Shrine, one of my favorite shrines in Sado, located in Katagami.

This shrine has more than 1000 years of history and famous for its elaborate carving.

The successor of the shrine priest is standing next to Ema tablets on which worshippers wrote their wishes. 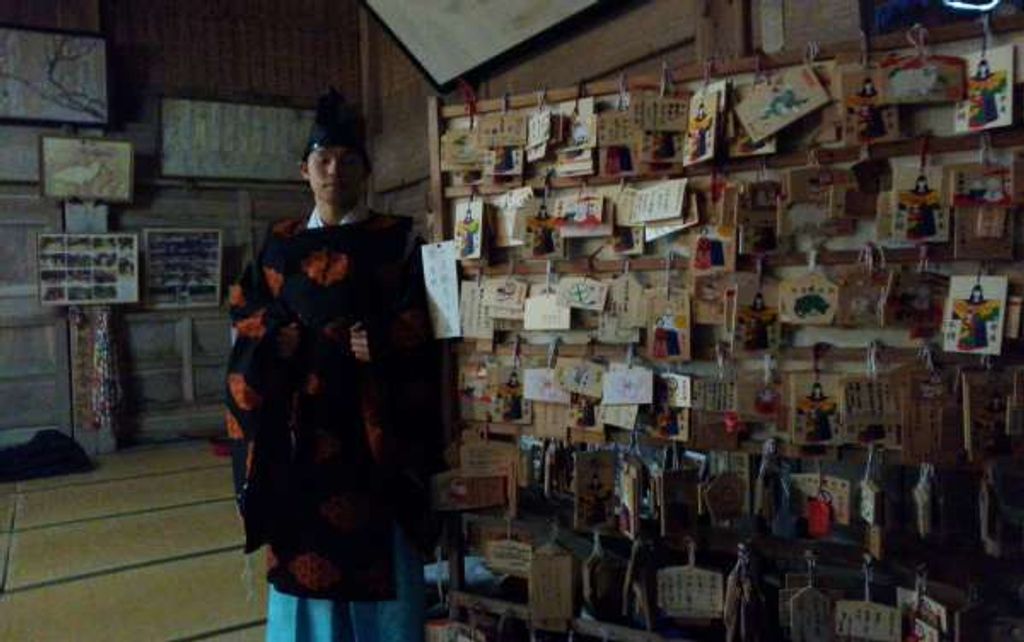 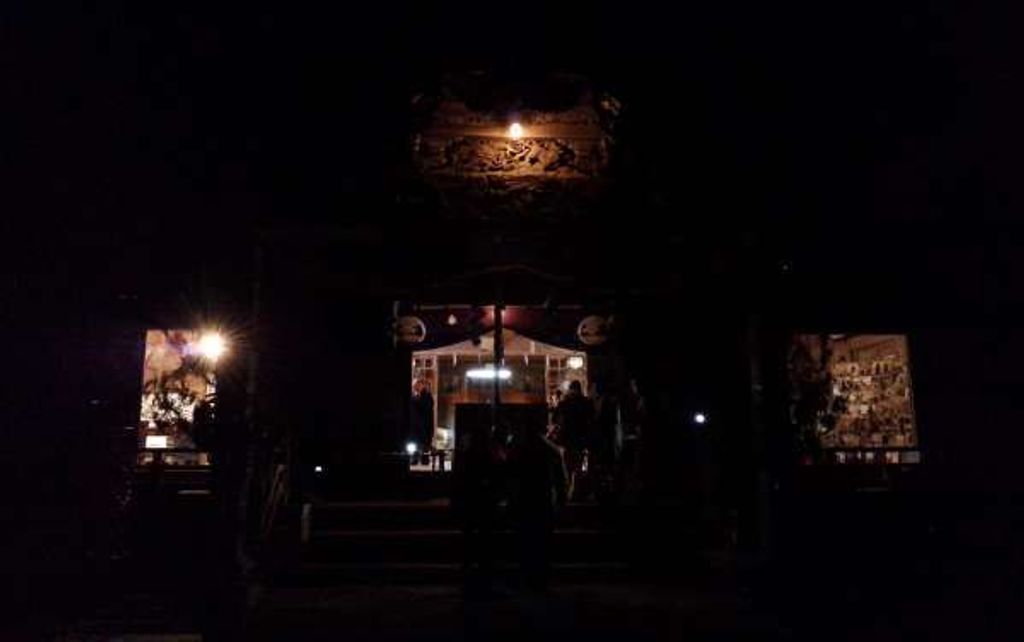 The half moon and the stars shone brightly overhead.   It was really a beautiful night!

After taking a few hours sleep...

The third shrine - Kihi Shrine  (without a picture)

I visited Kihi Shrine in my community first thing in the morning.

Next destination? - Sado Gold Mine on New Year's Day 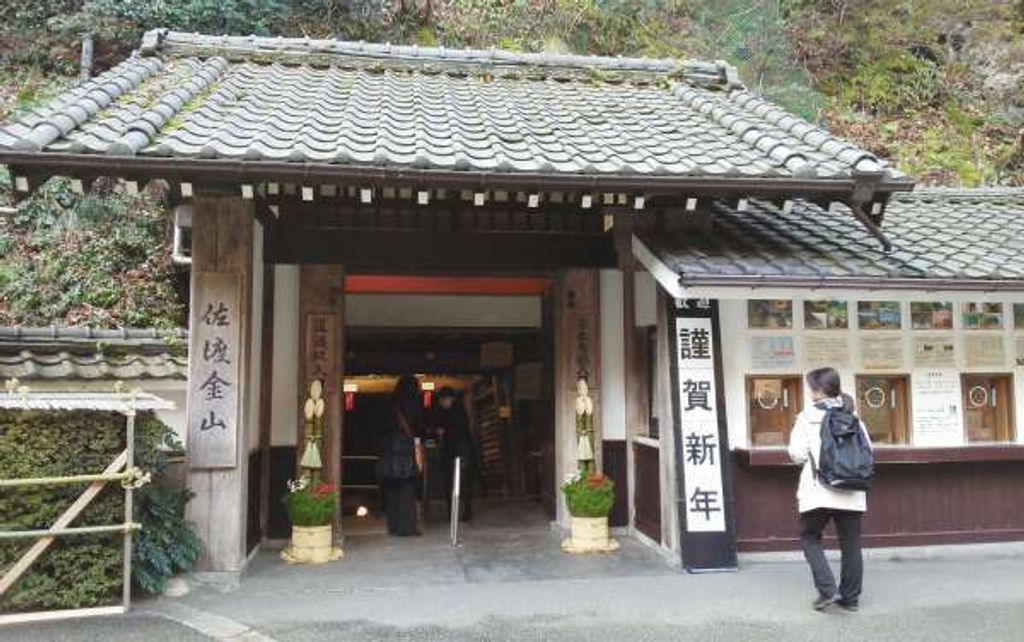 Takato Oshima, director of the Sado Mine bureau in Meiji era, is enshrined here.

He  was revered by his efforts to expand mining operation with the introduction of Western technologies of that time.

He is now quietly looking down Aikawa town as a guardian.

Sado Gold Mine is now on the tentative list of Japan's World Heritage candidate sites and aims to win the Japanese government's recommendation for the World Heritge this year. 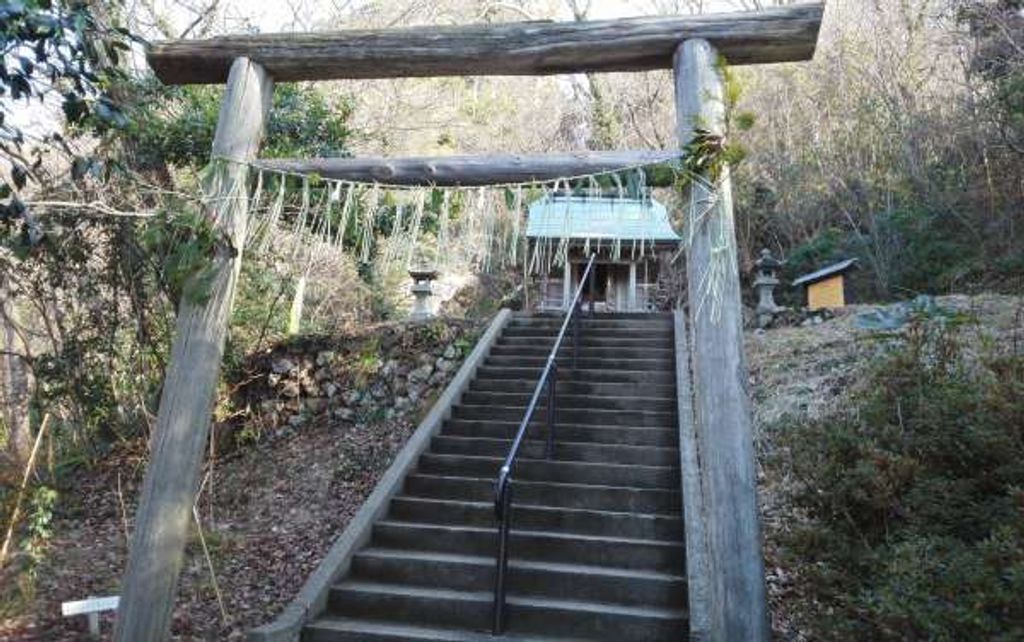 Doyu-no-Warito from the Takato Park.

You can enjoy beautiful cherry blossoms in April with the Doyu-no-Warito in the background. 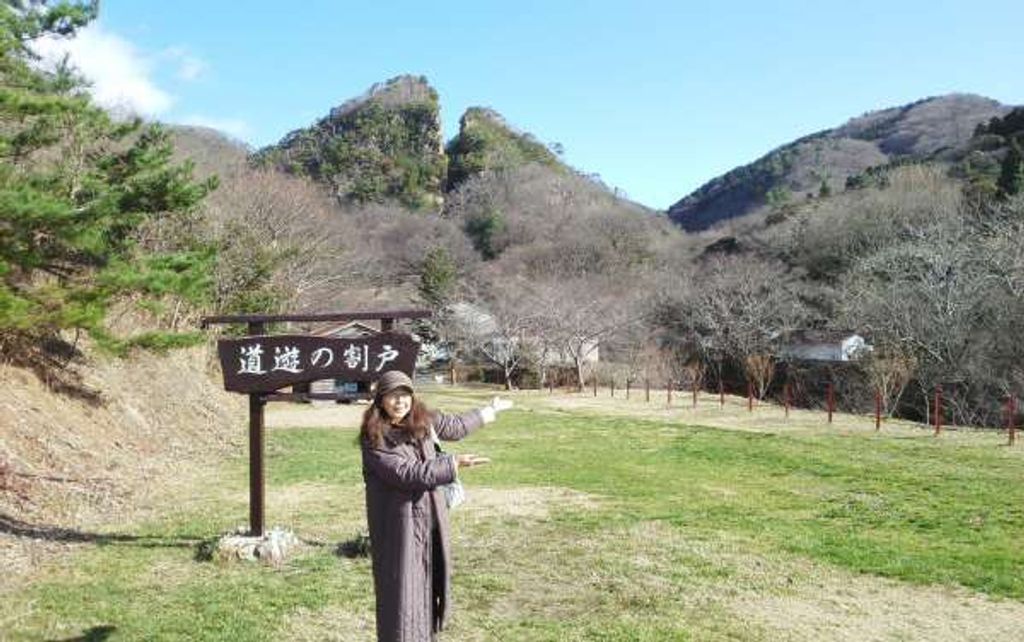 A child and a mom are flying a kite on the Sawane beach, quite a rare scene! 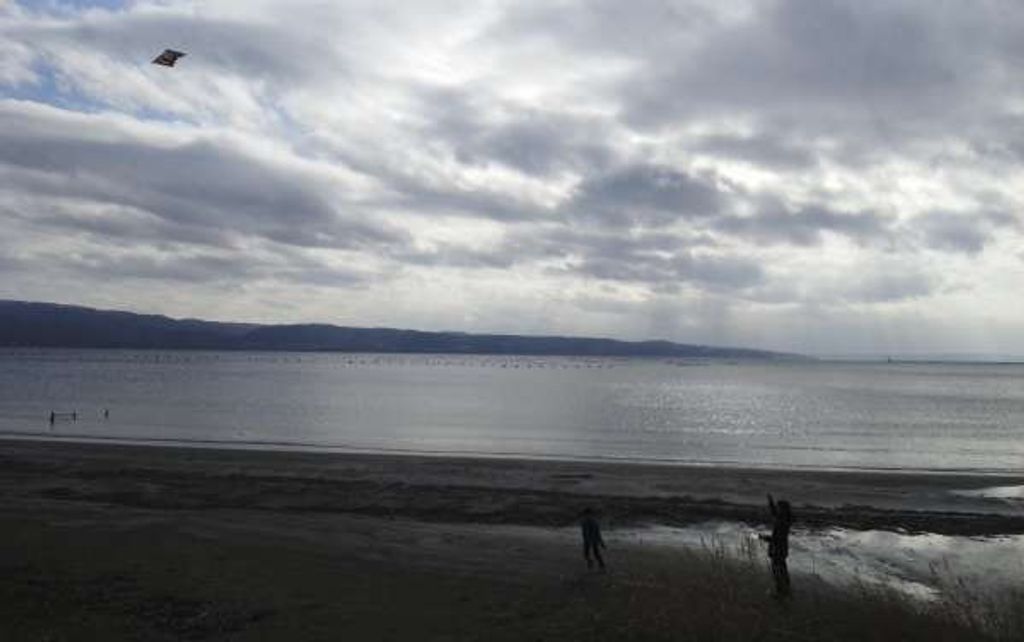 Finally I arrived at Shukunegi to visit Hakusan shrine, 5th shrines for me in a day!

The goddess in charge of marine safty is enshrined here because the village once prospered as a base of Japanese style sailing ships. 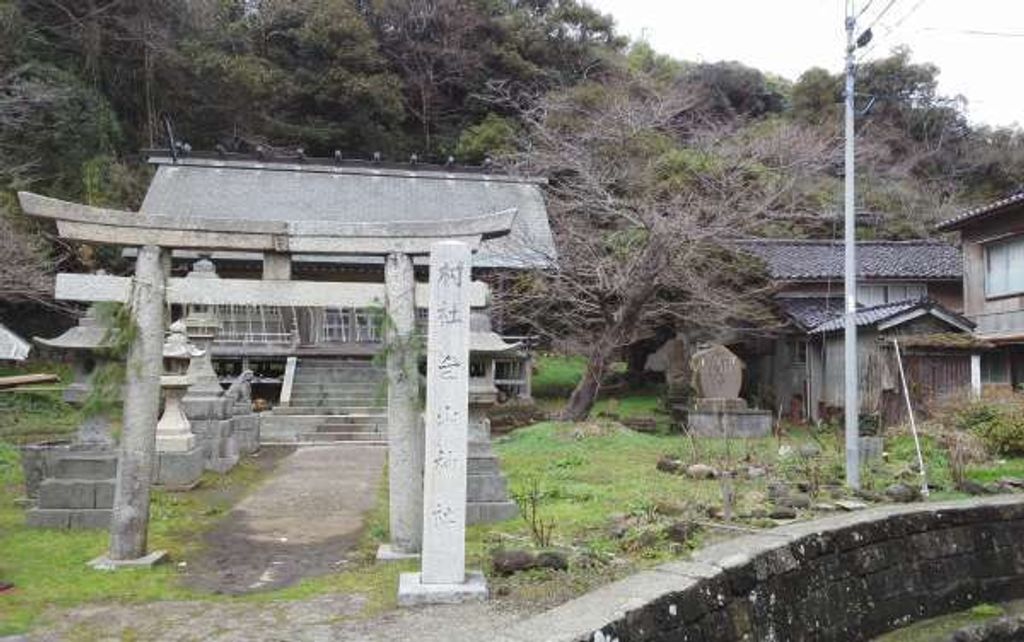 I've never visited  so many shrines (and a temple)  in a day before,  but I truly enjoyed  this small pilgrimage on New Year's Day!

Have you had a wonderful New Year's Day?

There is a maxim in Japan, " Ichinen no keiha gantan ni ari."  How you spend New Year's Day represents the whole year.

I guess I'm going to be quite busy this year moving around??    You'll see.

Calling Mesmerized by the absolute beauty of a sword in his house when he was about 10 years old, Shimbo san decided to become a swordsmith.  Since t...

No one ever came up with the idea of building this...RABBIT KANNON STATUE! There is Merlion in Singapore and in Sado, we have this cute and sacred st...

Tub boat craftsman always on the row in Sado Island!

Kaneko-san,  he is always on the run?, no, on the row! In Shukunegi, Kaneko-san, the tub boat craftsman, offers three courses of tub boat riding, 15 ...

Feast for the eye in spring in Sado Island

Japanese people admire autumn leaves because of the  beautiful colors but... Admiring  "新緑 - shinryoku” or spring green is my favorite around this ti...

Of course we have super heros, well ... no, mascots on Sado Island! Apparently fish?  No, he is " Burikatsu-kun " or " deep-fried yellowtail fille...

"Mochi" is made of rice? Not this one!

This is "Imo mochi" or mochi made of sweet potatos in Sado Island.  Local grandmas make this "mochi" during this time of year for locals and as souve...

This small coastal village once prospered as the center of shipbuilding industry during the Edo era. After the Meiji Restoration, the industry fell ...

Niigata City one day tour of your choices

Located on the Japan sea side of mainland Honshu, about 2 hours bullet train ride from Tokyo, Niigata city has been flourished as one of the major por...

Murakami city is located in the northern part of Niigata Prefecture. The city was flourished during the Edo period as a castle town governed by the M...

Sado Gold and Silver Mine: Relics tell you 400 years of history

Sado has been well known as one of the major gold and silver production sites in Japan. It has the history of 1000 years. There are four major minig ...

Plan your trip to Sado with Fujiko M.