The "Monkeys" of Monkey Island

The other day, I volunteered as a tour guide for the international community association in Tokyo.

We went to Sarushima in Yokosuka city. It is a small uninhabited island in Tokyo Bay. It's an hour away from Tokyo (by train and boat).

Sarushima was named after the white monkey in a *legend. Saru means "monkey", while shima means "island".  But currently there are no monkeys on the island. What you may see, however, is a different “species of monkey": Cosplayers! They inhabit the wild jungle setting for their photo opps, because the scenery is reminiscent of Hayao Miyazaki's animated movie, "Castle in the Sky" ("Rapyuta" in Japanese). 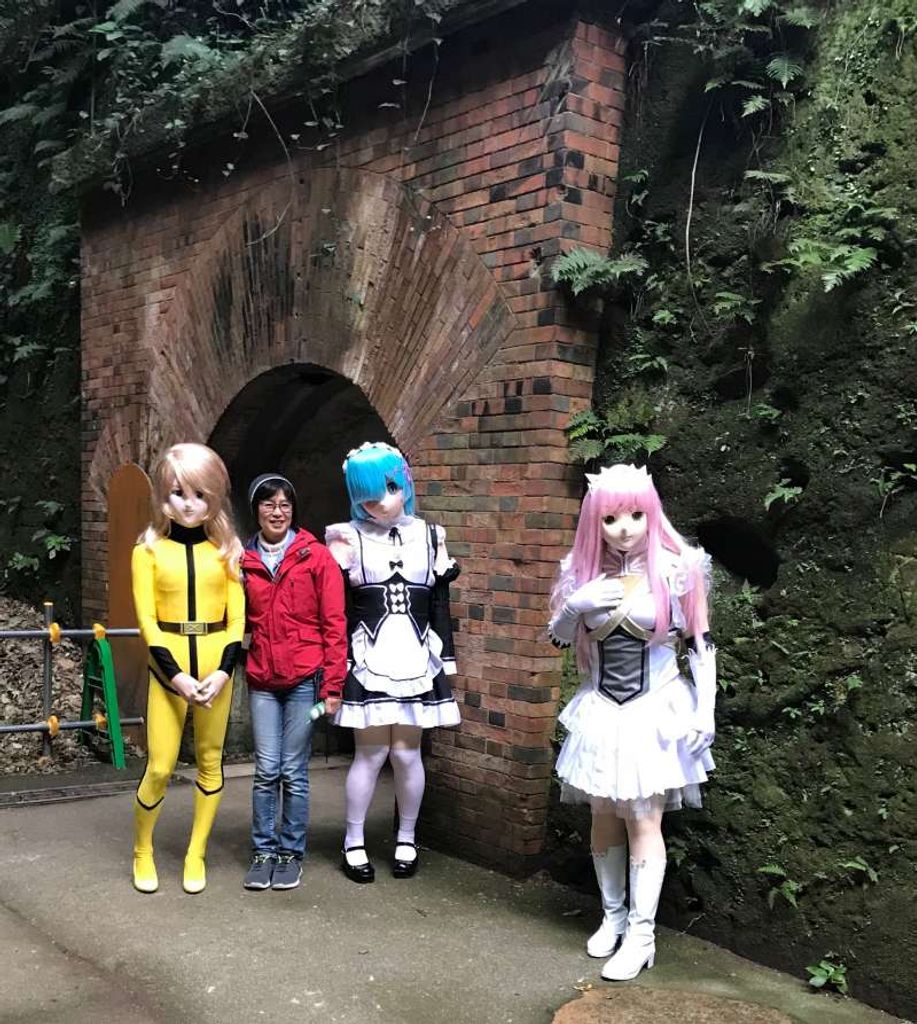 Sarushima was a battery island between the 1880s and 1945. It's located in the narrowest part of Tokyo Bay between Chiba (Boso peninsula) and Kanagawa (Yokosuka). It played a critical role in defending Tokyo against invaders towards the end of the Edo period. To this day, it still has the old platforms used for cannons and anti-aircraft guns. There are also a well-preserved series of  secret tunnels, barracks, and ammunition depots in red bricks done in the French and English styles. They were constructed approximately in the late 1890s. 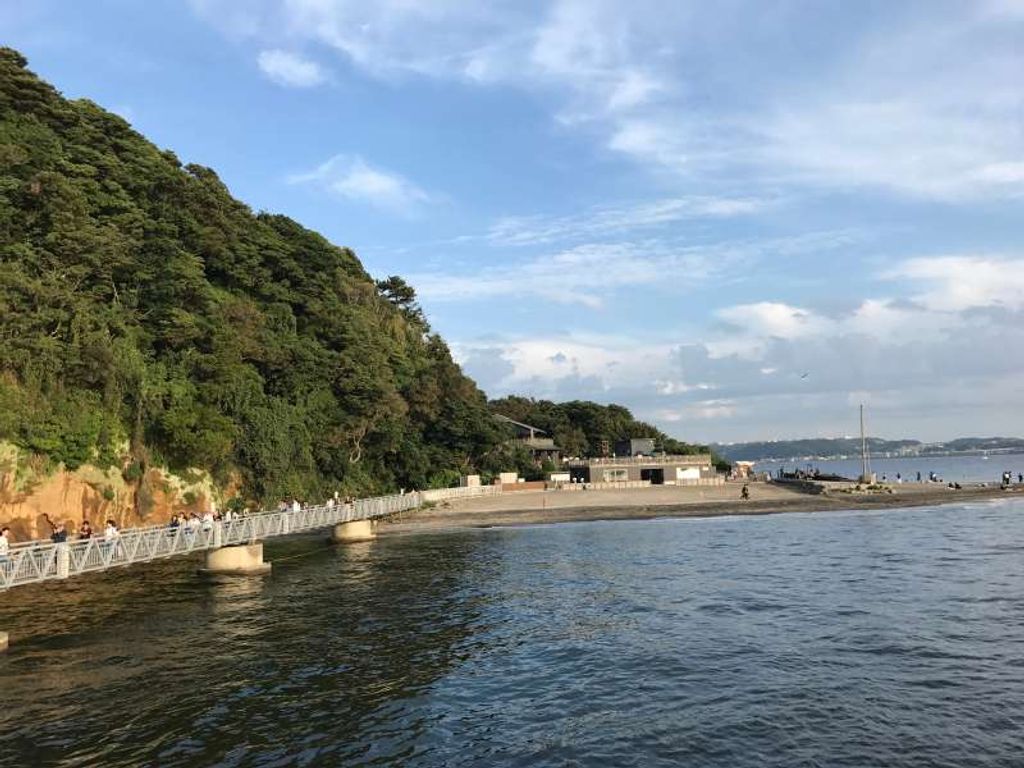 Would you like to see it for yourself? Drop me a line and I'll be happy to show you around.

The priest Nichiren, founder of the Nichiren Buddhist sect, traveled from Chiba to Kamakura by boat in 1523, during the Kamakura period. His boat was stranded in a storm when a white monkey came by to rescue him. It took him to a small cave on Sarushima. Nichiren survived the ordeal. The island was named Sarushima for this legend. ("Saru" is the Japanese word for "monkey"; "shima" stands for "island".) A small jizo Buddihst statue is now enshrined in this cave. 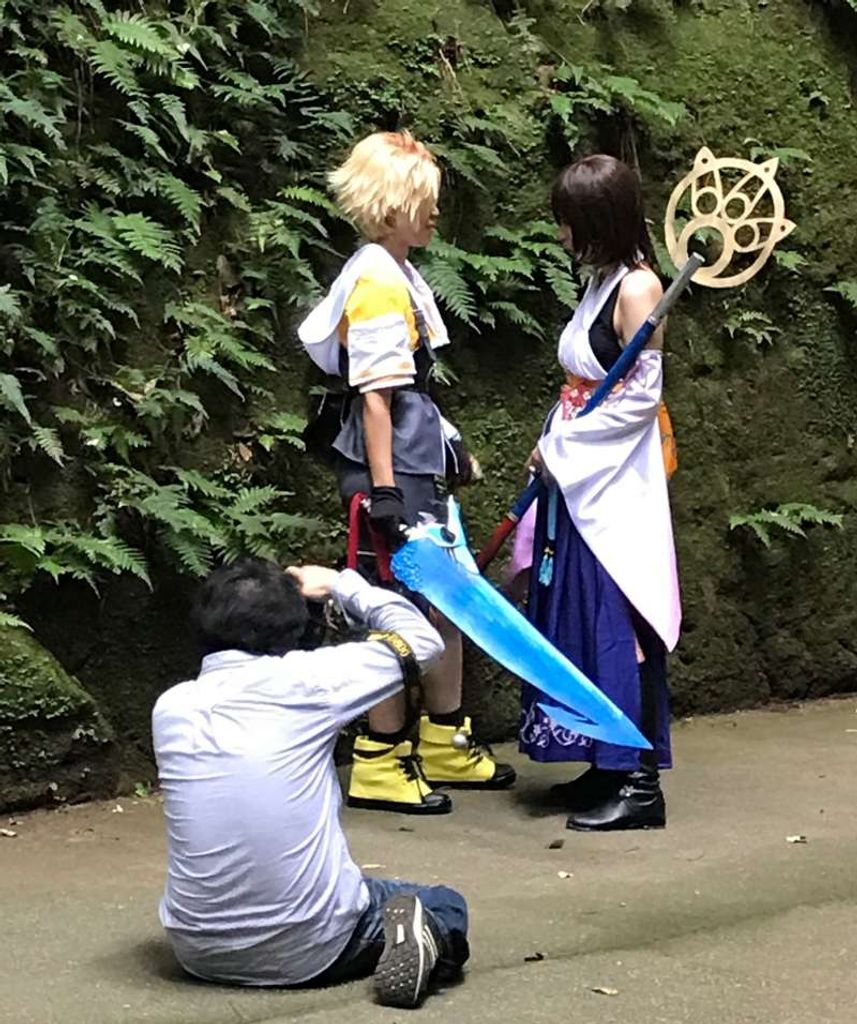 A lot of people have already heard of the fabulous Japanese cherry blossoms in the spring. You might see hordes of people doing hanami (cherry blossom...

Have you ever wondered where tour guides spend their time in Tokyo when they have a chance to unwind?   The government's recent "Go To travel" ca...

Looking for the best selfie spots in Tokyo? Daikanyama is the place to go! It’s also known as a “Little Brooklyn”. Spend a pleasant day in the laid-ba...

Gado-shita : A clever use of urban space

How does a vibrant city like Tokyo fit in artisans, pubs, crafts, cafes within its confines? A gado-shita is an area under elevated train tracks. I...

“T-chan, please help me. I want to buy something for my mother.” “I have the worst taste in gifts for my girlfriend."   No worries. I'm here for yo...

What would you do if it rained on the day of your tour?I have a secret weapon......Joke museums! There are several joke and trick art museums in Toky...

Ah, Tokyo! So little time, so many places to see! All the places recommended below (see Itinerary) are personal favorites. You can't go wrong with any of them. We’re so flexible we can even extend the tour on the day itself! There are also 14 packaged tours designed to appeal to your special interests. This includes Harajuku, Shinjuku and Ueno. Want authentic Japanese culture? A home visit and sushi-making package would be perfect for you. (Tour pages) Come, let me show you “My Tokyo”!

Harajuku is Kawaii Town! (Kawaii = cute) It's a mecca for those into kawaii culture, particularly young ladies. This includes popular sites: the Meiji Jingu Shrine (largest Shinto shrine in Tokyo), Takeshita Street for kawaii fashion, Omotesando for its unique shops and cafes, and Shibuya Crossing (the world’s busiest intersection). These and many more await you on this tour! (Please note that we can modify the time and add destinations to the packaged itinerary below.)

Kamakura, the birthplace of Zen Buddhism, is a beautiful residential area dotted with zen temples. The Great Buddha is another highlight. The Pacific Ocean’s gentle breeze adds to the tranquil atmosphere. We’ll find the most suitable mix of destinations to match your interests and physical exertion level. (See the ITINERARY) A walking tour is good value for money (H1)! We’ll get to experience 5 temples and shrines! For a more leisurely pace, a bus and a taxi are best. See you in Kamakura!

Toshi's house is in the beautiful upper-middle class residential area in the suburbs of Tokyo. It is a good opportunity to learn about Japanese life and culture. First of all you will be surprised how compact the Japanese house is and how we make the best of the space. I will explain our unique food culture at a supermarket. After a short break over green tea, let's roll sushi and taste them. Select one activity from the options below.

My Tokyo – the modern and the traditional (6hrs)

Ready for a Tokyo adventure? This is a wonderful blend of the old and new that Tokyo has to offer. It's the perfect one-day tour to see Tokyo's past, present, and future. There's something in it for everyone.

Would you like to explore Shinjuku, the entertainment capital of Japan? It's a walking tour which encompasses a visit to a 45-story observation deck, back alleys, Godzilla's head, and a few robots. Like shopping? We'll also go to a high-end department store and a wholesale outlet. In late March and early April, we also take in the soothing sight of cherry blossoms.

Plan your trip to Tokyo with Toshi H.