Top 20 Must Visit in Tokyo 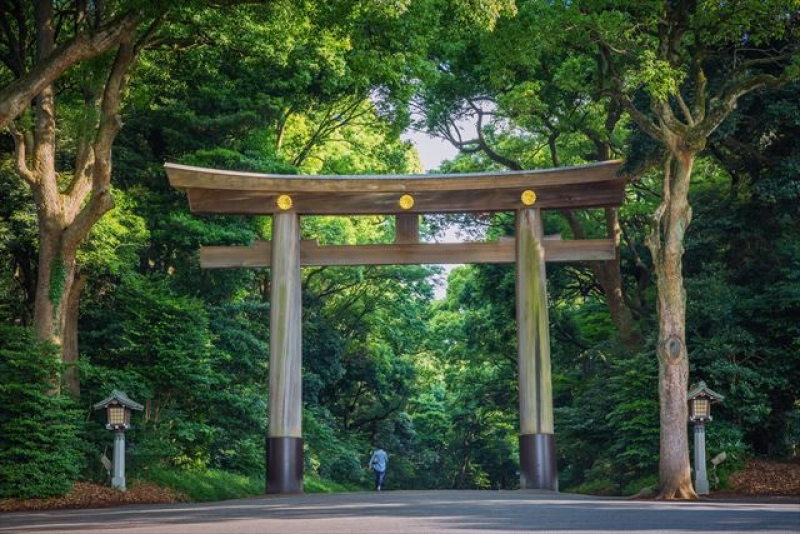 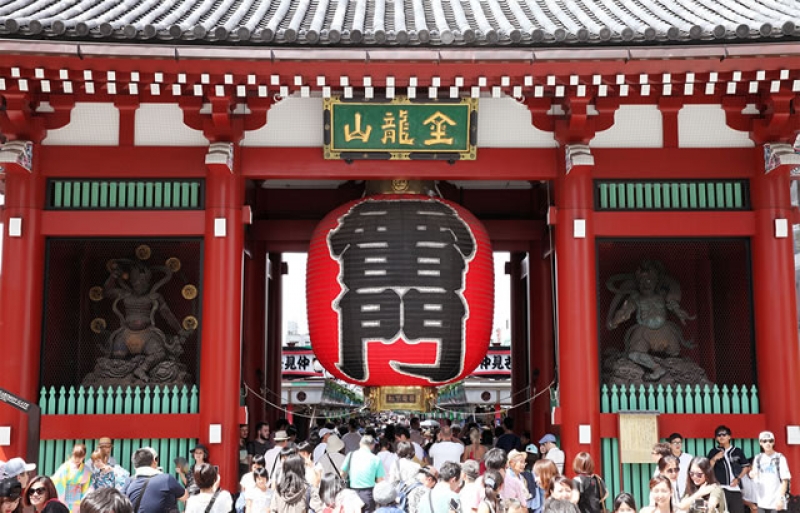 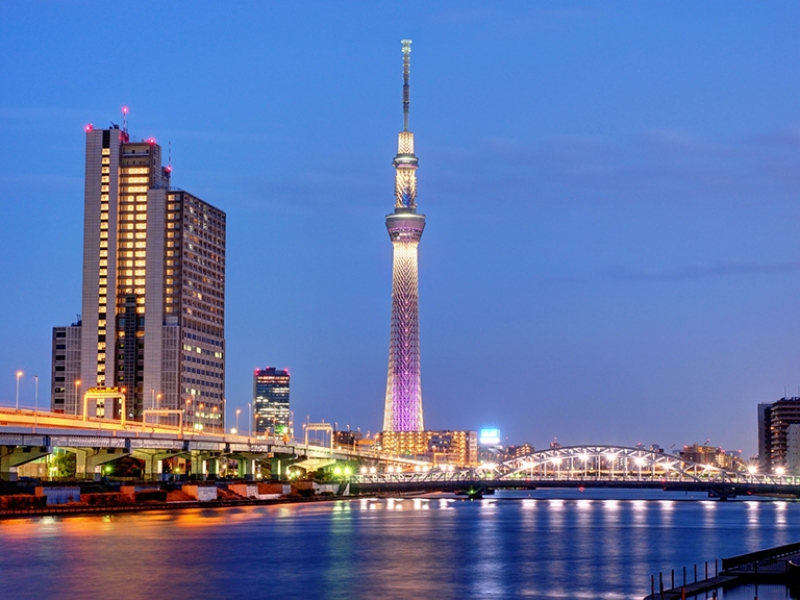 One of the TV stations in Tokyo broadcast in November 2018, Top 20 places to visit in Tokyo which is very popular among tourists from overseas. I made comments on the top 10 places.

I, Masato, a National Tour Guide, am ready to bring you to some places you want, please contact me. You can check the details of the places on the internet.

You can also see my video message on the web site of TripleLights, https://triplelights.com/profile/2929

The temple is the oldest in all of the metropolitan Tokyo area. Asakusa was the name of the town developed around the Sensoji temple from the start of the Edo period (1603).

It is consecrated to Emperor Meiji and his consort. It was completed in 1927. The shrine receives 3,300,000 people for the Hatsumode, the first visit of New Year on January 1, 2 and 3.

Basically Japanese believe Shinto from the origin of the nation. Buddhism has brought to Japan in the six century. After then the two religions have been co-existed in Japan with no problem and no religious battle. Japanese people are not divided into the sect group of Shinto or Buddhism. We Japanese believe the two religious calmly in mind. We go to Shinto shrine on a happy occasion and Buddhism temple in a sad.

It is well known as a highly exclusive shopping area.

It is the tallest broadcasting tower, 634 m high fro see level. Completed in 2012 after 4 years construction.

Completed in 1958, 333 m high. Although one part of Tokyo Tower's role as a broadcast tower was transferred to Tokyo Sky Tree, it continues to function as a back-up communications structure.

It consists of many retail shops and restaurants along narrow streets. You can eat fresh and processed seafood at small restaurants which are usually open from 5:00 in the morning to around noon because they are originally for workers of the fish market.

Tokyo Station has served as a major hub of the nationwide railway network in Japan since it opened in 1914 and functions as the center of Tokyo. In 2012, the Tokyo Station building, which is designated as an important cultural property of Japan, was successfully preserved and restored to its original state. Tokyo Station embodies harmony between the past and future.

The current Imperial Palace is located on the former site of Edo Castle in the center of Tokyo. It is the residence of Japan's Imperial Family. The palace was once destroyed during World War Two, and rebuilt in the same style, afterward.
Visitors can view the Nijubashi, two bridges, from Kokyo Gaien park.
Adjacent to the inner grounds of the palace is the Imperial Palace East Gardens which are open to the public throughout the year.

Mount Takao (Takaosan in Japanese) is one of the closest natural recreation areas to central Tokyo, offering beautiful scenery, an interesting temple, and attractive hiking opportunities.
You can go up to the summit of the mountain on foot or by cable car. Near the cablecar's top station, there is an observation deck from where you can look out over Tokyo, while the summit offers views of Mount Fuji on clear days.

Odaiba is a popular shopping and entertainment district on a man-made island in Tokyo Bay. It was originally created by the Edo shogunate (1603-1867) to protect Edo (now Tokyo) from the threat of marine attacks. Odaiba has combined a prefix of the polite word "O" and Daiba which means literally fort.

Please feel free to ask me anything regarding the article. 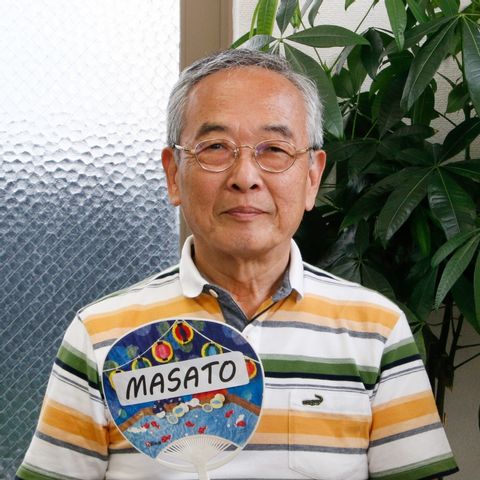 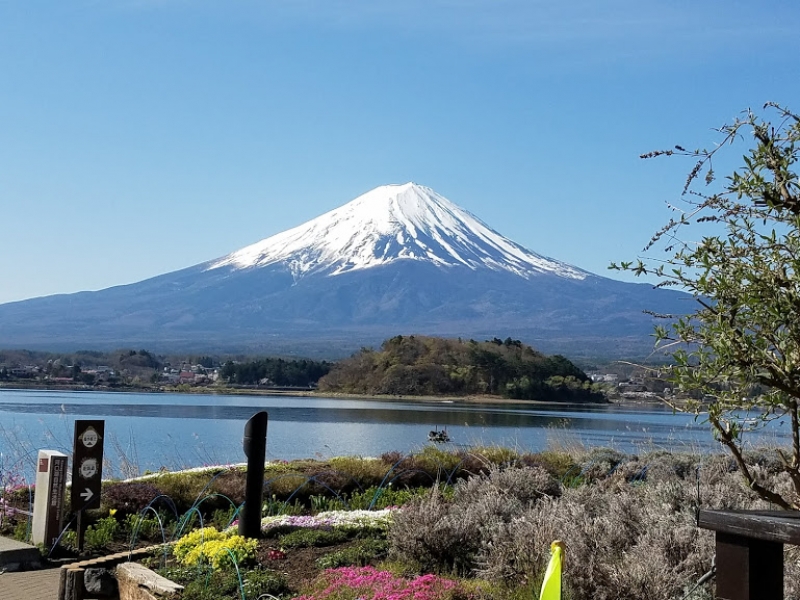 by Masato
One of the FAQ by tourists from overseas to me, Masato, a National Tour Guide, is just wanting to visit Mt. Fuji. I guess they have the desi... 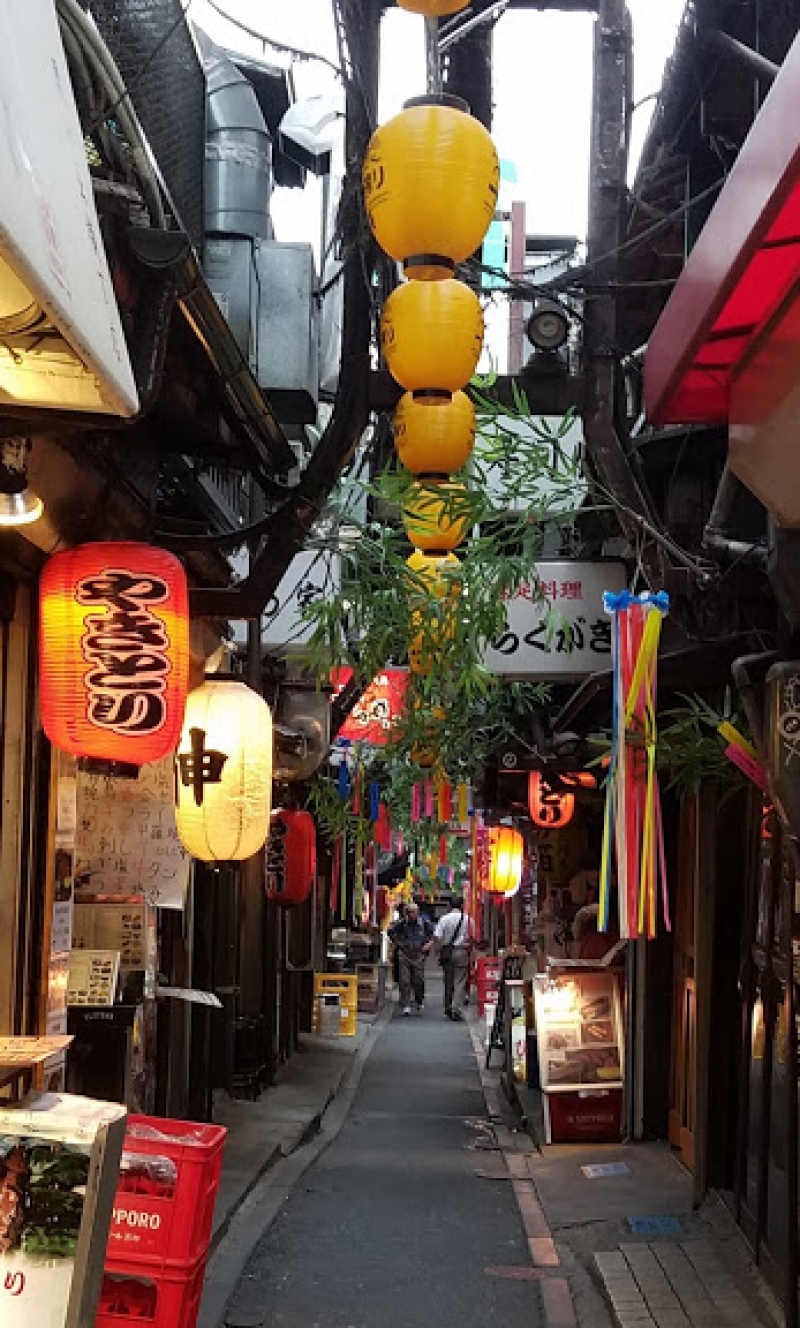 by Masato
Izakaya tour in the evening is top-rated for the tourists from overseas. I, Masato Niitsu, a National Tour Guide, planned the walking explor... 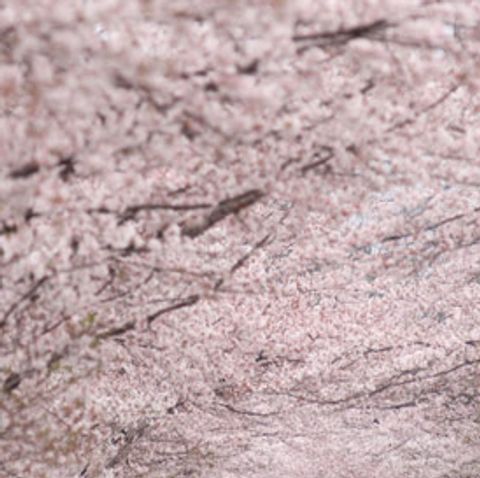 by Masato
Cherry blossoms, we Japanese call them Sakura, is well known as one of the popular sightseeing points among foreign tourists.It is a nationa... 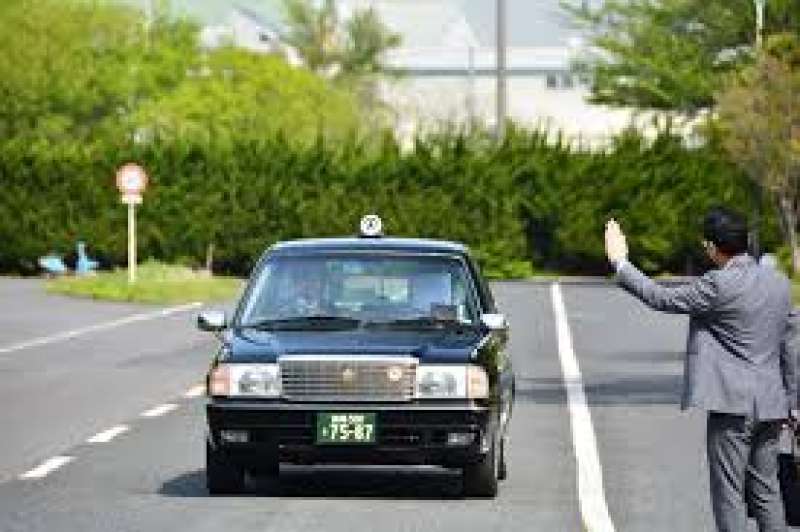 Taxi is very convenient and reasonable fare in Japan.

by Masato
When exploring in Tokyo city area, using subway is the best way although most tourists from overseas use a taxi or your own car in your city... 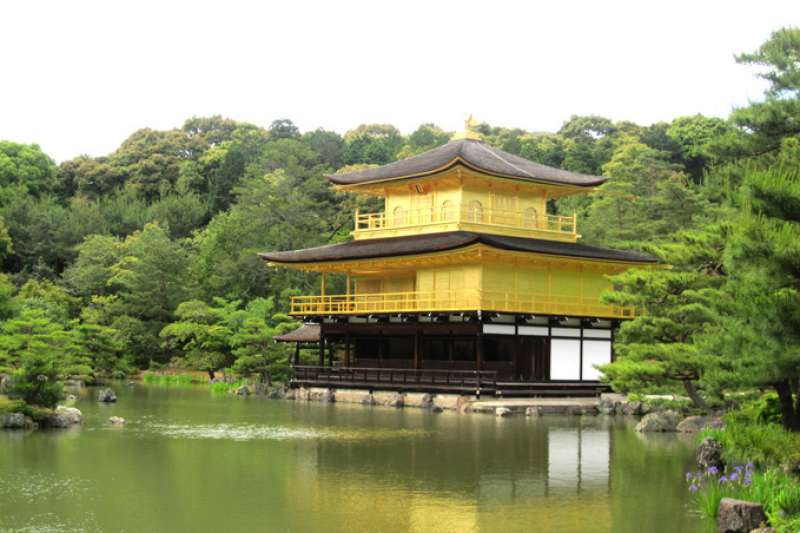 by Masato
In early July 2017,  We, I and a couple of American, middle age generation, explored around in Kyoto. I, Masato, a National Tour Guide... 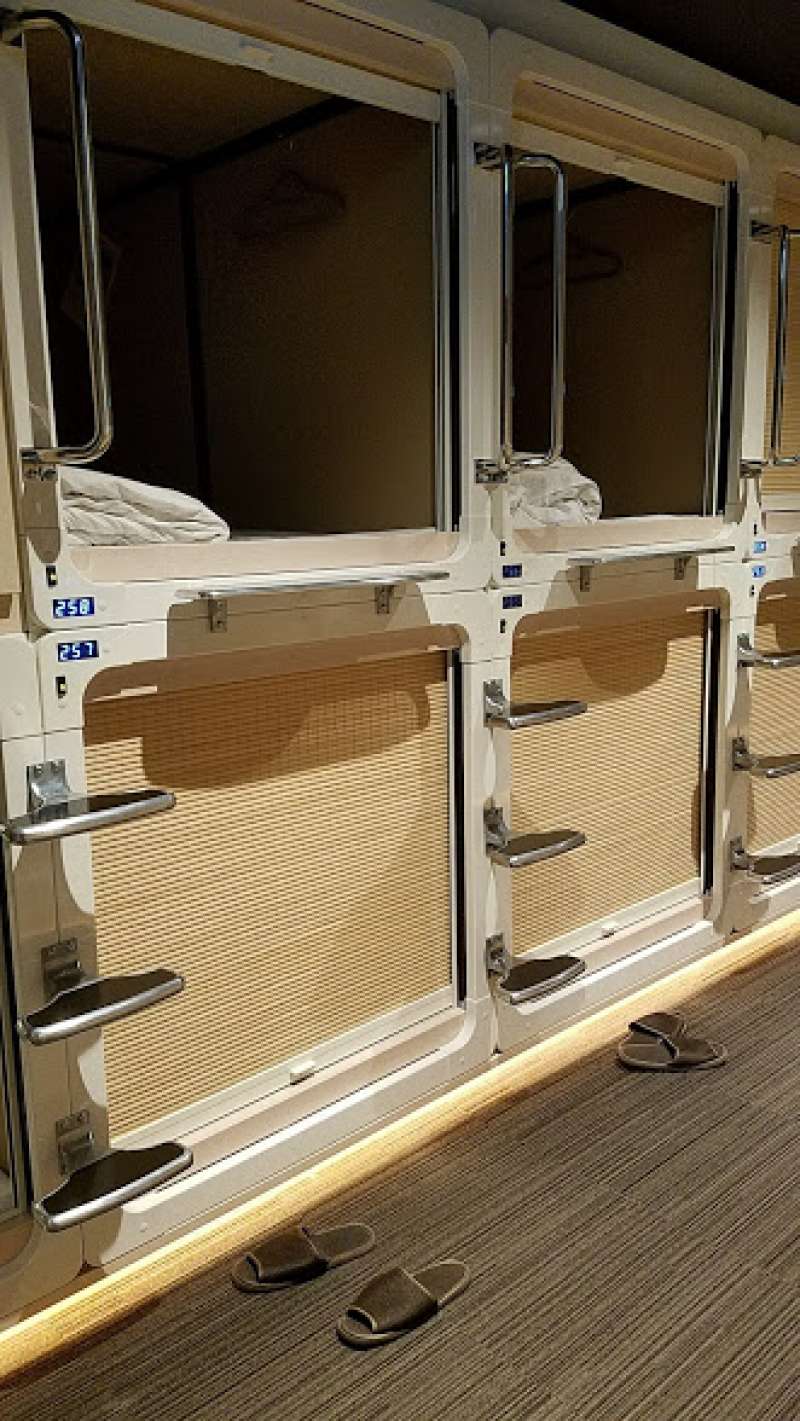 by Masato
If you were one of my close friends and have only limited budget touring in Tokyo, Japan, I, Masato, a National Tour Guide, strongly recomme...

Plan your trip to Tokyo with Masato

“ The highlight of our trip to Japan. ”

Masato was amazing! He was so full of energy and interesting information. We felt fully immersed in everything Tokyo offered. We will definitely recommend him to friends travelling to Tokyo.
read more

“ Energetic guide who goes above and beyond ”

Masato was an excellent guide and was especially patient with our family of three generations. He shared insights into Japanese culture and history without overwhelming us with information, and he put together a customized schedule that worked well for everyone, even when we had a lot of extra stops. We arranged a driver as well and Masato went out of his way to make sure all the details were in...
read more

“ Sensoji and Woodworking with Masato was great! ”

Masato served as our guide during our visit to Sensoji, Kappabashi shopping street, and was our interpreter during a Sashimono woodworking class where we made our own chopsticks! He was very knowledgable about the area and the history, and was the perfect translator for our workshop. He was able to easily translate all of the intricate woodworking verbiage, and we were very lucky to have him there...
read more

“ great insights on a Tokyo bar and food tour ”

Masato was very knowledgeable and provided a fascinating insight to the bars, nightlife and restaurants in the Shinjuku area.
read more

Masato-san facilitated us having the most fantastic experience in Tokyo. He brought us to all the sights, navigated transport systems, brought us for lunch and gave us so much local insights. He went above and beyond and I would highly recommend. We were a very large group and he managed it effortlessly
read more

My husband and I had a wonderful day with Mataso. He tailored the tour for us and we learned so much about the Japanese culture. And there’s no way we could have maneuvered the rail system without him.
read more

Masato is a party veteran! He gave us a great guided tour — did an Izakaya and Shinjuku visit! He knew how to entertain!
read more

Masato was a true gentlemen. I found him to be extremely knowledgable and easy going and also incredibly respectful. I wanted history and old Tokyo experiences: we went to the Japanese garden and to a temple. We also had lunch in a very old style restaurant with delicious food.
read more

“ Knowledgeable, varied, tailored to our wishes ”

From the practical to the interesting. Masato guided us on how to use the transit system and buy tickets. We visited the sorts of places we wanted to and took us down interesting side streets, including a shop selling new and second hand kimino at low cost.
read more