Both of the temples used to be two of the biggest and mightiest Buddhists Meccas built at Kodakami-yama mountain (己高山) in Heian period (about 1,200 years ago). Since the area was believed most peaceful and divine place, it is said that they called it "Paradise under the sun".  There must have been many Buddhist monks walking up and down the holly mountain so often in those days. But, as time went by, the temples and the surroundings had been devastated day by day, due to some political reasons, and now the temples became the ones with no monks, only the village people have exerted themselves to keep the Buddhist images and the buildings. In every late fall season, however, the idyllic countryside develops into the busiest streets with a lot of sightseers, just like the old Heian days. Yes, the area has now become renowned as the best vista of breathtaking autumnal leaves.

I headed to the spot today, since they say that the best season seems to be a bit earlier than a usual year. Though I thought it may take some days more till the peak season, many tourists (mostly the elderly, like me... (^_-)-☆ ) were coming in order to enjoy the natural beauty of the late fall. 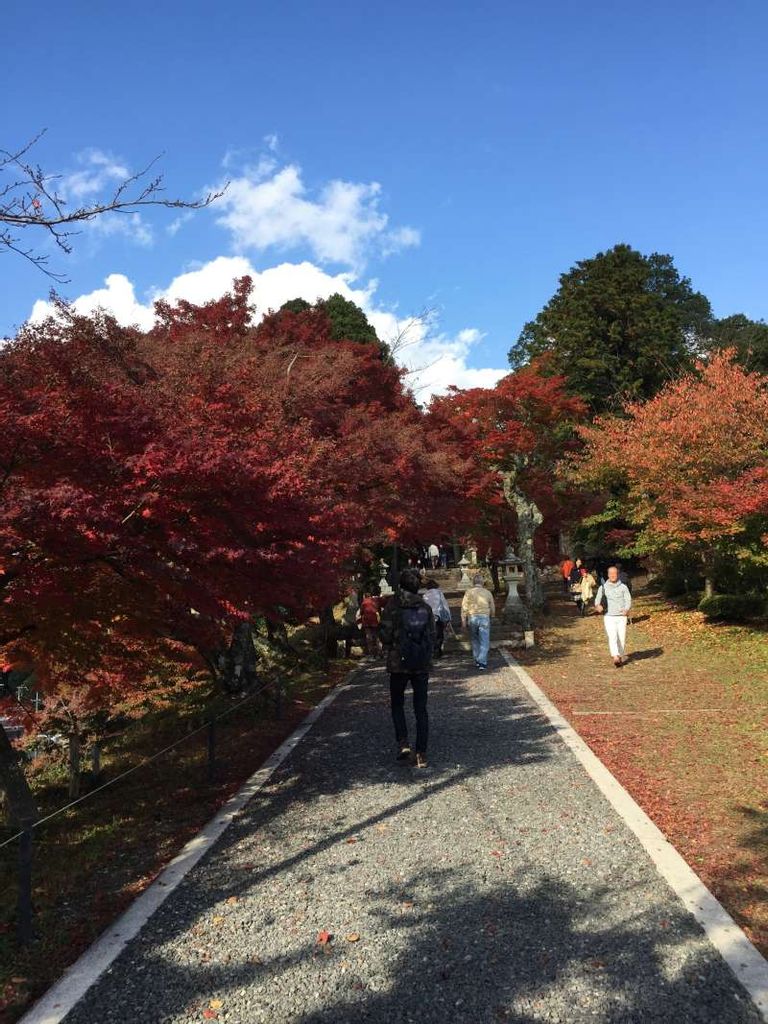 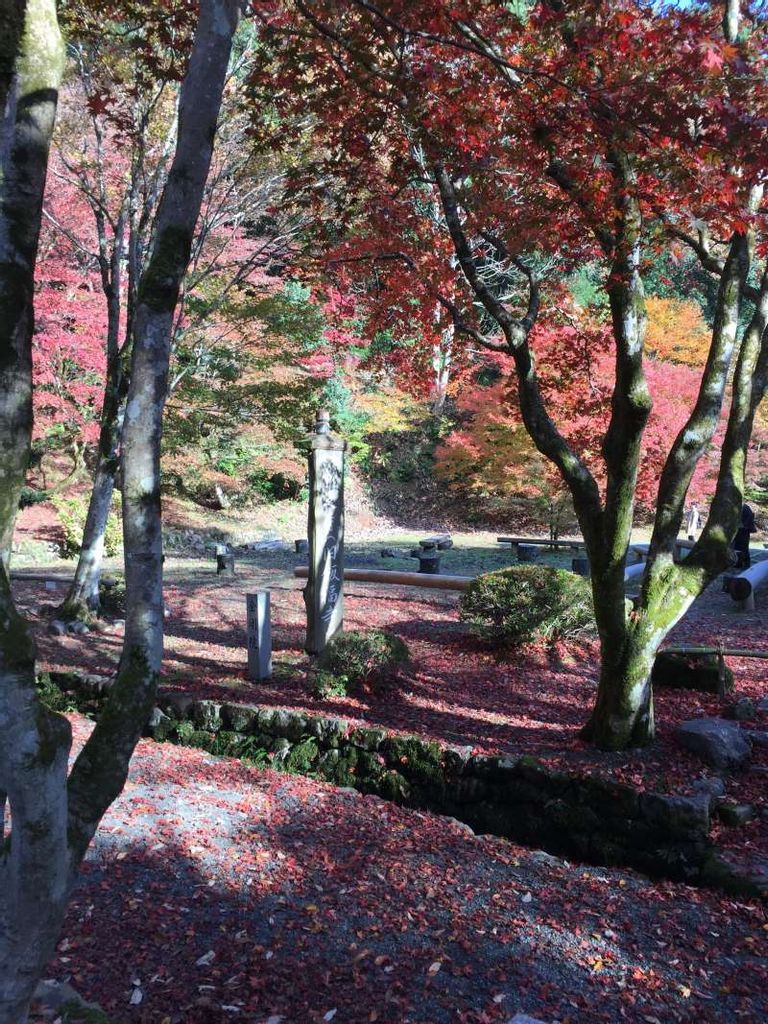 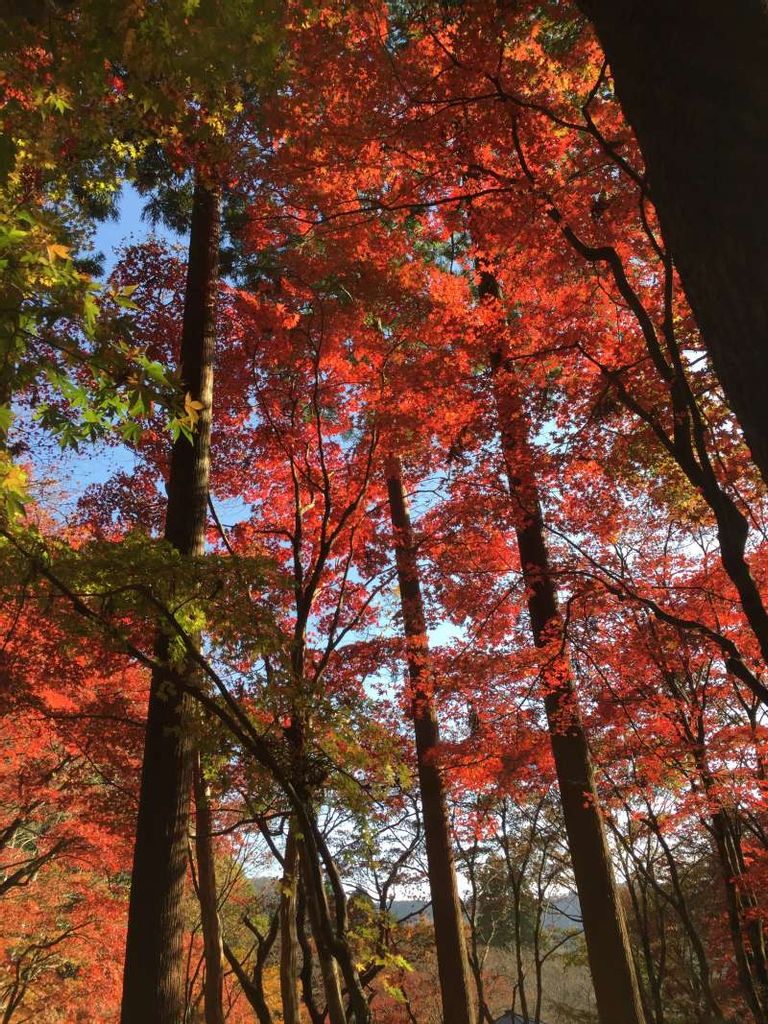 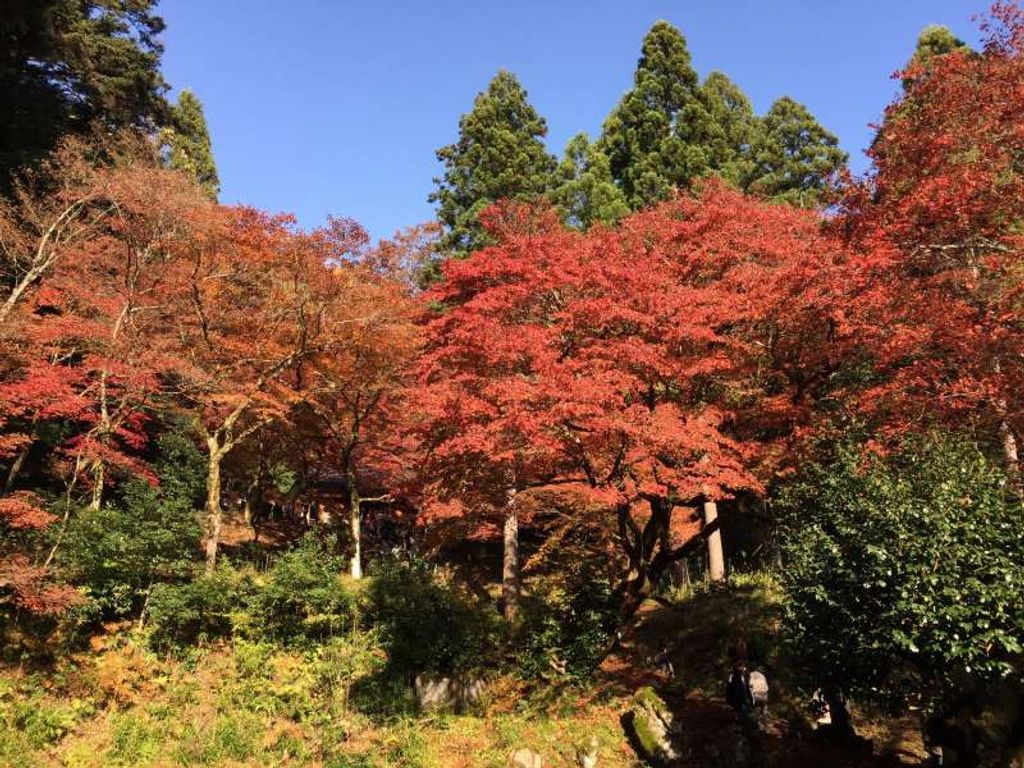 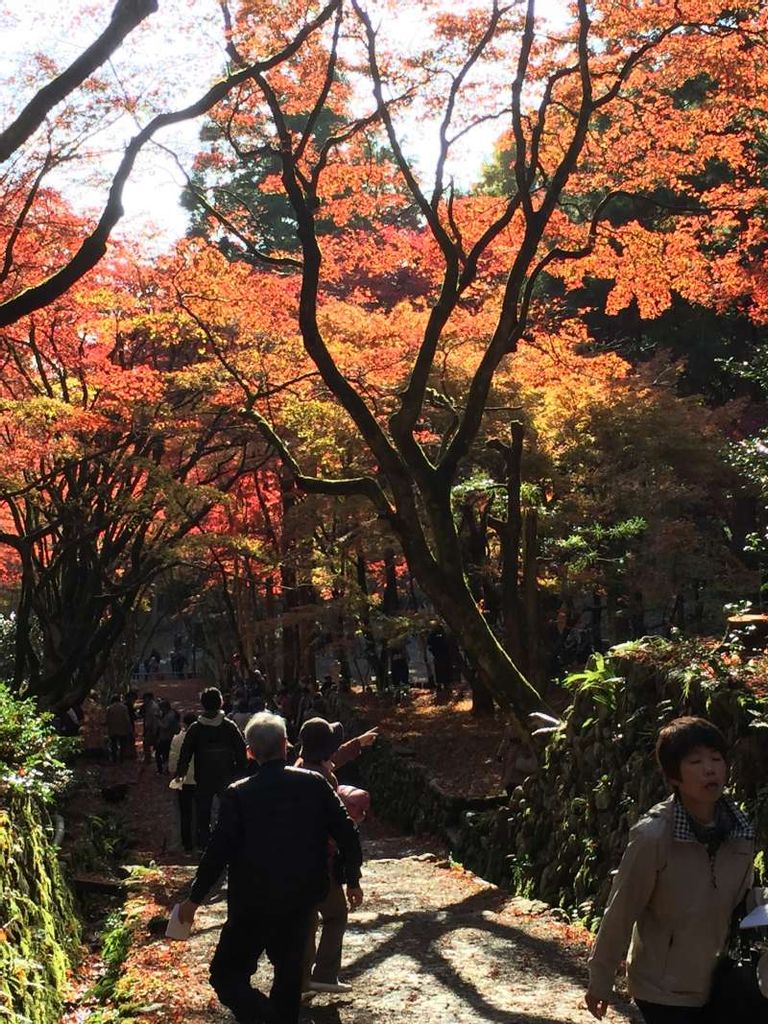 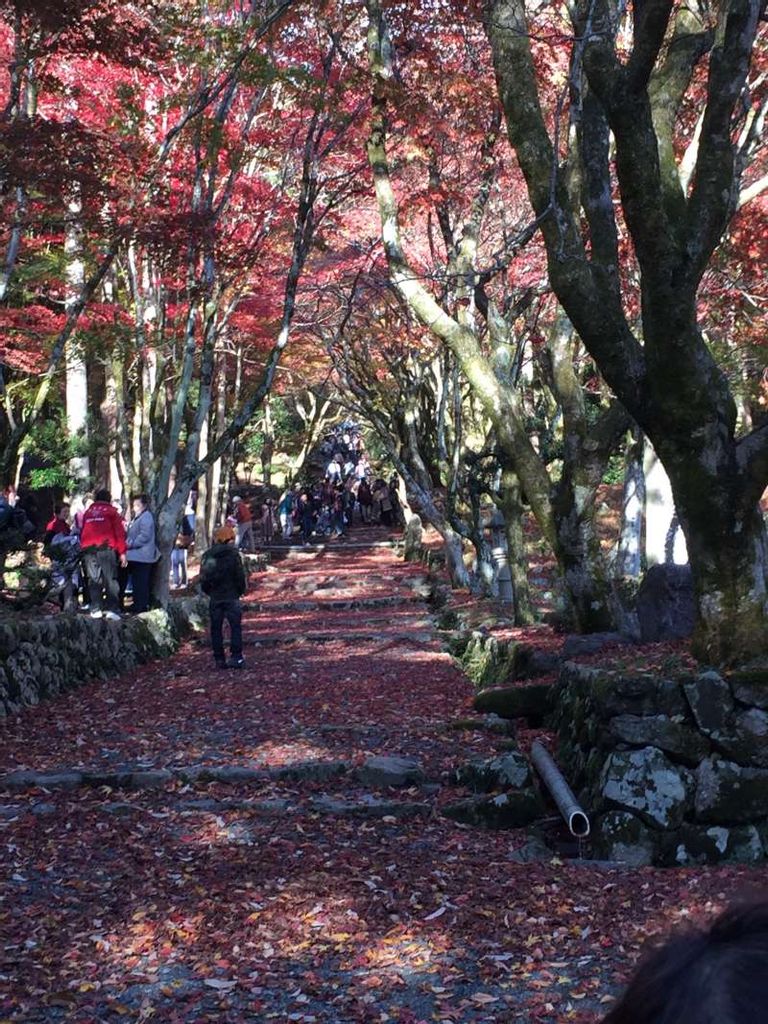 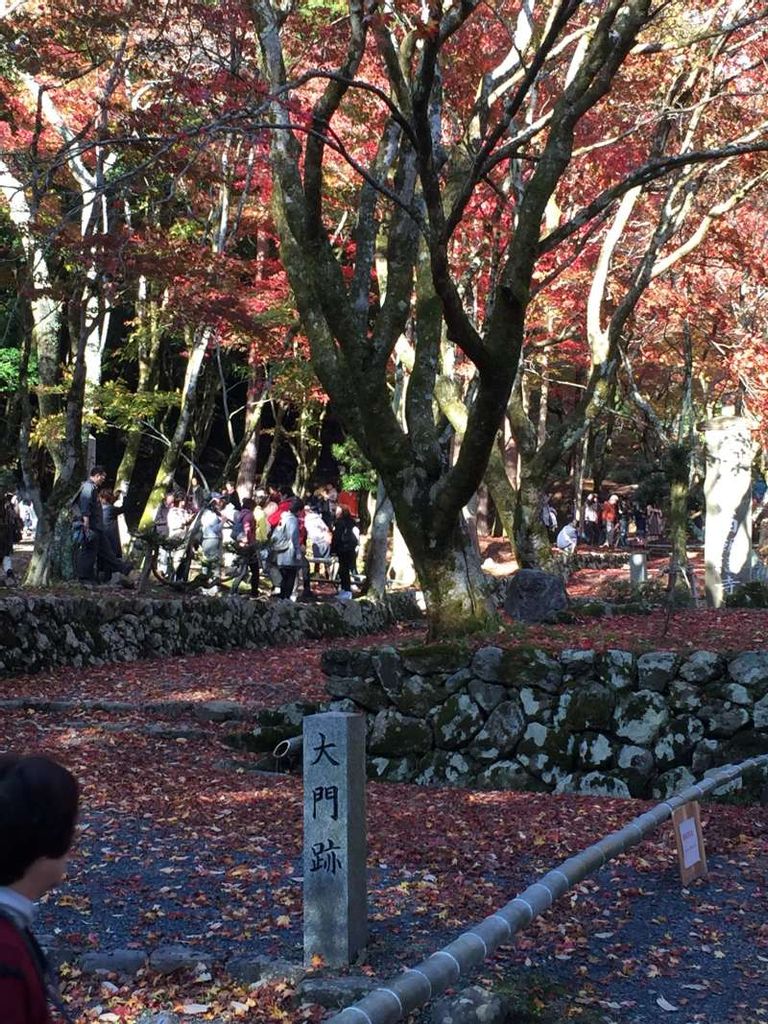 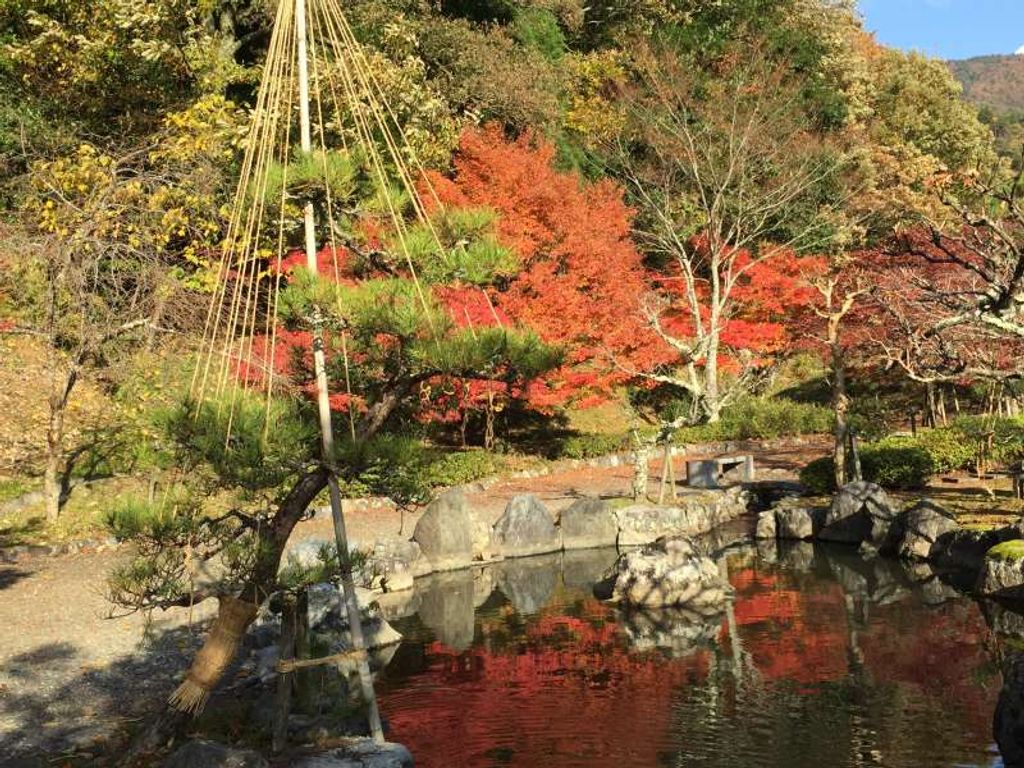 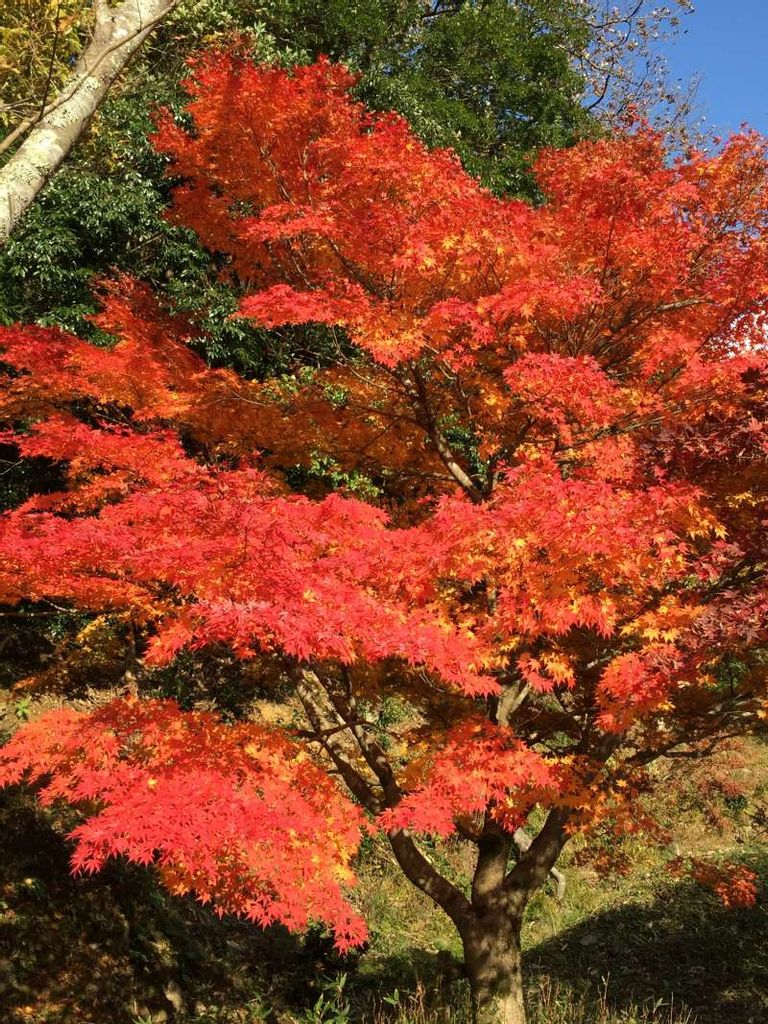 The Great Traverse on Trails of Surrounding Mountains around Lake Yogo

Re: The Great Traverse (余呉湖を囲む山道を踏破する） I walked a mountain trail on the east side of Lake Yogo last week, traversing from the North to South. I have ...

Walking the Mountain Track that Samurai Warriors Had to Claw Their Way to Gain Fame on the Battlefield of Shizugatake (1583 AD) ----- 賤ヶ岳合戦（1583年）で武将た...

It was a perfect spring (or early summer) day today. An outdoors type as I am, I went out for a daily walking around Lake Yogo (余呉湖), with a short sle...

Spring in Full Bloom of My Hometown

Spring in Full Bloom of My Hometown; A Peaceful and Idyllic Morning, Quite Different from the Popular Sightseeing Spots in Kansai [ Many colorful b...

Re: The Start is the Most Important Part of Any Effort (最初が肝心)

Re: The Start is the Most Important Part of Any Effort (最初が肝心) I used to be a terribly dull and lazy bones in my school days. It might be too late to...

This is "GENUINE" Osaka! (これこそコテコテの大阪だ！)

[That Famous Neon-Sign Advertisement of GLICO] [The girl is dancing for an advertisement for the drag store.]    [Soemon-cho, one of the most p...

The course is a “Golden Route” around the 3 old capitals. You must feel awe-inspiring atmosphere, being surprised to see the fruits of religion-based cohesive power in Nara. Kyoto used to be the capital for no less than 1,100 years, during when the internationally famous city had nurtured sophisticated Japanese cultures. You have to be welcomed everywhere in the easygoing merchants’ city of Osaka.

A Winter Tour around Lake Yogo in Shiga (余吴湖畔冬季之远行在滋贺县)

Lake Yogo is a mirror-like spot surrounded with community based forests in a secluded corner of Shiga. Though the district around the lake is often covered with fresh snow almost every day in sever winter season, the sceneries from the lakeside must give sightseers unique landscapes associated with genuine local cultures of Japan and folklores which have come down from more than 1,200 years ago.

Sightseers can admire the retro-inspired atmosphere in the old castletown. Since Nagahama faces Lake Biwa and was located at strategically important place, people here, like the Ando’s, boosted up their power in industry and commerce, with the aid of Hideyoshi’s policy of remitting agricultural taxes. Guests can also enjoy the modern craftworks of elaborate plastic models at Kaiyodo Figure Museum.

Please remember that guests may walk a lot, especially at the wide Park and several old temples which are scattered about in the neighborhood zone. This is why guests can realize the treasure in the deep and sophisticated cultures that have been nurtured through that long history, only from learning it by walking on their own two feet.

A Half Day Bike Tour around Lake Yogo in Shiga (余吴湖一周半天自行车远行在滋贺县)

Lake Yogo is a northernmost mysterious attraction in Shiga prefecture, and its another name is "Mirror Lake", since it looks like a natural mirror on a calm day, perfectly reflecting surrounding mountains. The lake was a stage of the fierce historical battle of Shizugatake in the midst of the age of Provincial Wars (1583). There are also many folklores associated with the lake.

Kohoku, i.e., northernmost district in Shiga pref. is said to be “The home of Kan-non (Deity of Mercy)”, many of which have been protected by successive villagers of the hamlets since more than 1,200 years ago. You can also appreciate breathtaking autumnal beauty of the old mountainous temple of Keisoku-ji in late fall. Thus, you may feel a genuine cultured atmosphere of old Japan here at Kohoku.

Plan your trip to Shiga with Yoshi K.