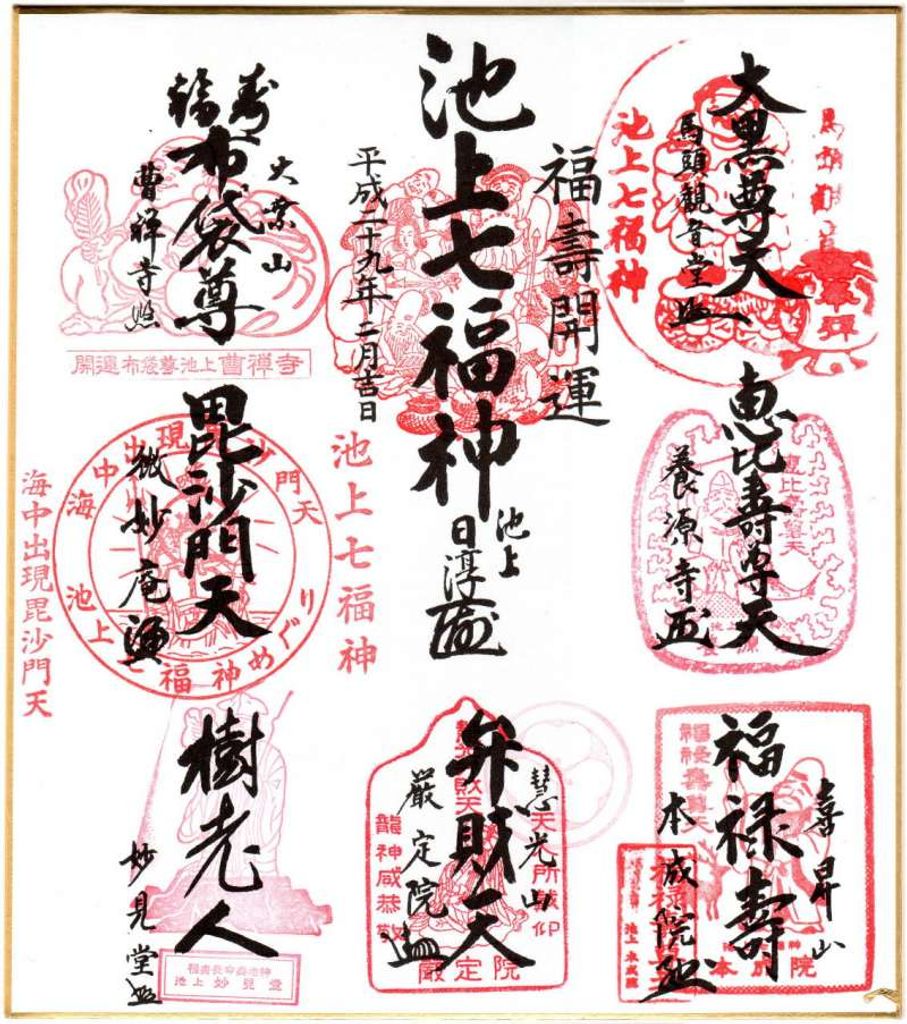 Visiting Seven Deities of Good Luck walking tour in Ikegami Ohta Ward is available to tourist who is awaiting transfer in Haneda Airport. This tour will take about five hours from Haneda Airport or three and a half hours from Kamata Station.
This tour is walking and visiting seven temples that enshrine different kind of guardian gods. Most of Japanese enjoy this kind of tour without religious meaning but just entertainment. Although temples are all Buddhism in this tour, some other 'Visiting Seven Deities of Good Luck' include Shinto Shrine. Buddhism was imported to Japan from India passing through China and Korean Peninsula in the 6th century. Japan became centralized state and legal code state in the early 7th century. The government at that time used Buddhism to control Japanese society. The constitution was based on Buddhism. This thought lasted until middle of the 19th century.
The place where we are visiting is called Ikegami. The most important temple in this area is Ikegami-honmon-ji temple. The temple is one of the 7 most important temples of the Nichiren sect. Nichiren is a sect of Buddhism.
Each seven deities has each different divine favors. Why don't you enjoy walking and getting seven luck. And complete a shikishi (a square of heavy decorated paper for writing poem, motto and others) by yourself. 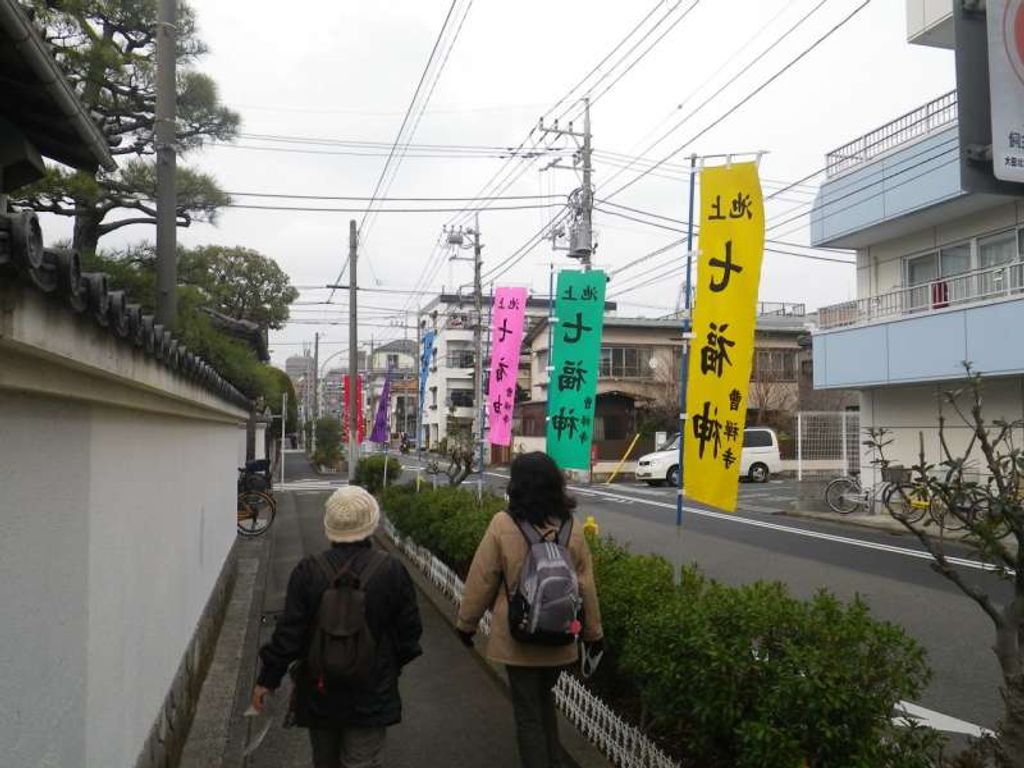 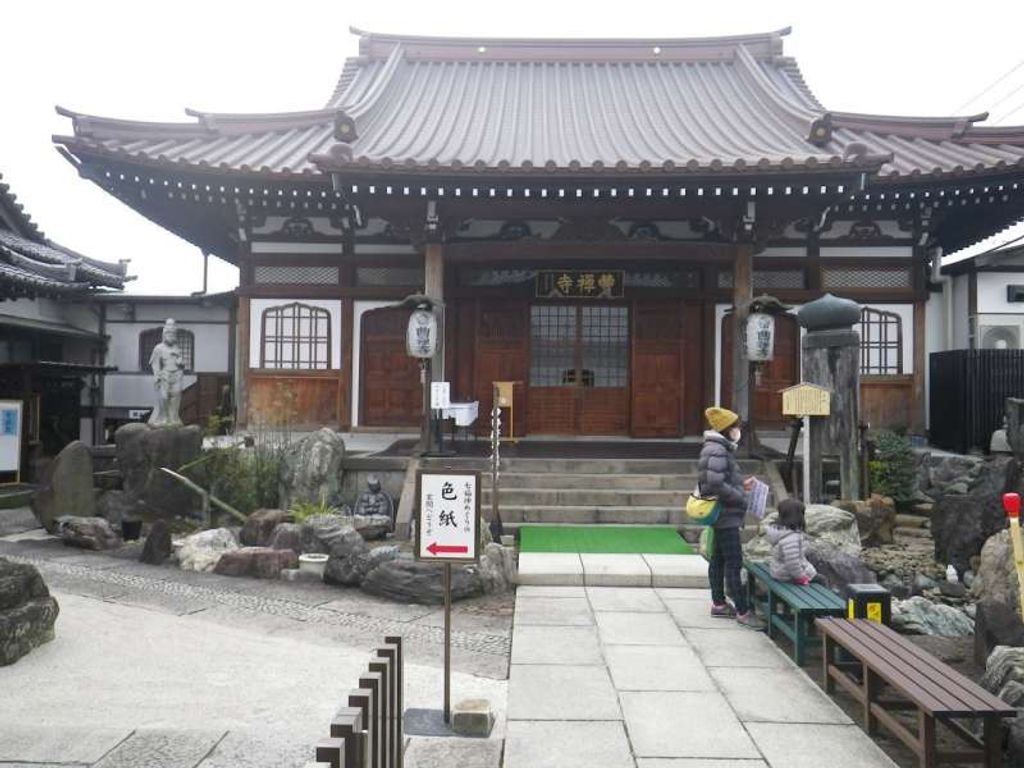 We can get a shikishi (a square of heavy decorated paper for writing poem, motto and others) for visiting seven deities. A shikishi is 500 yen.
Dry landscape Japanese garden 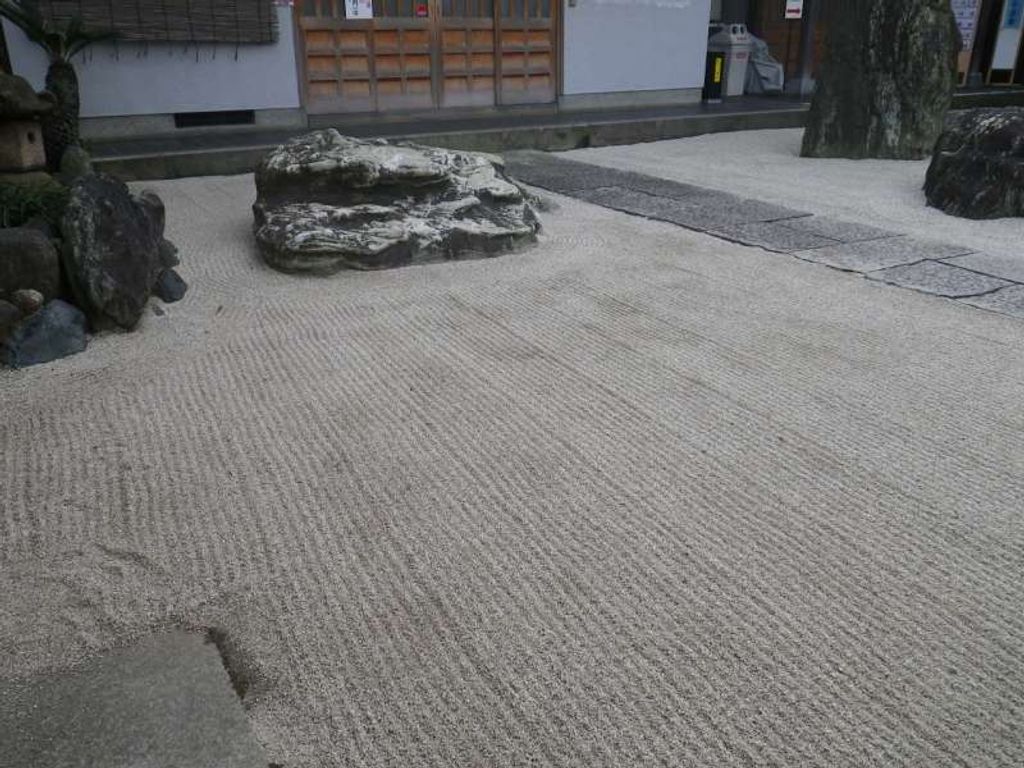 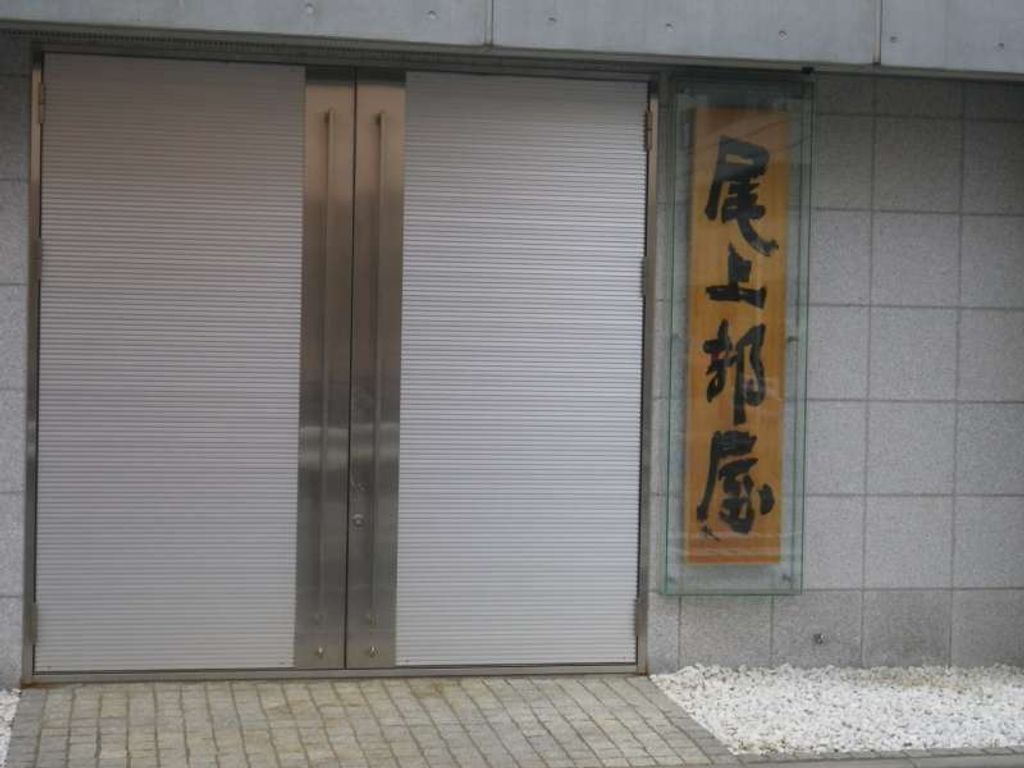 A former sumo wrestler Baruto from the Republic of Estonia belonged this stable. He won the champion ship in January 2012. I was in the Ryogoku Kokugikan(sumo gymnasium) at that time. 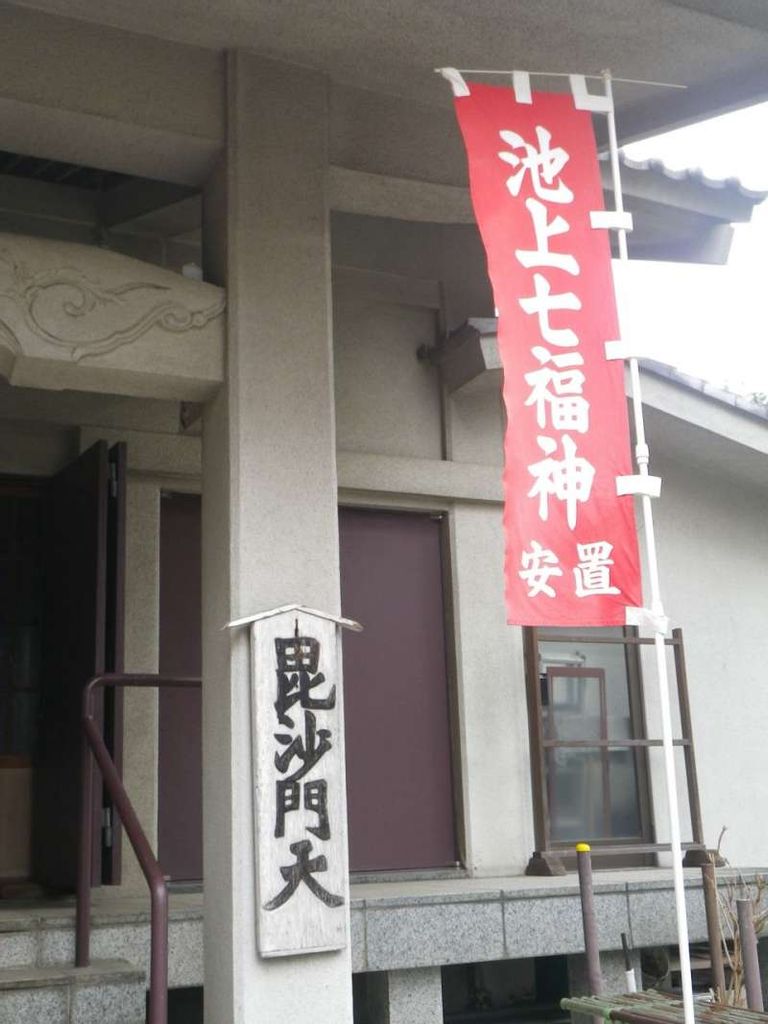 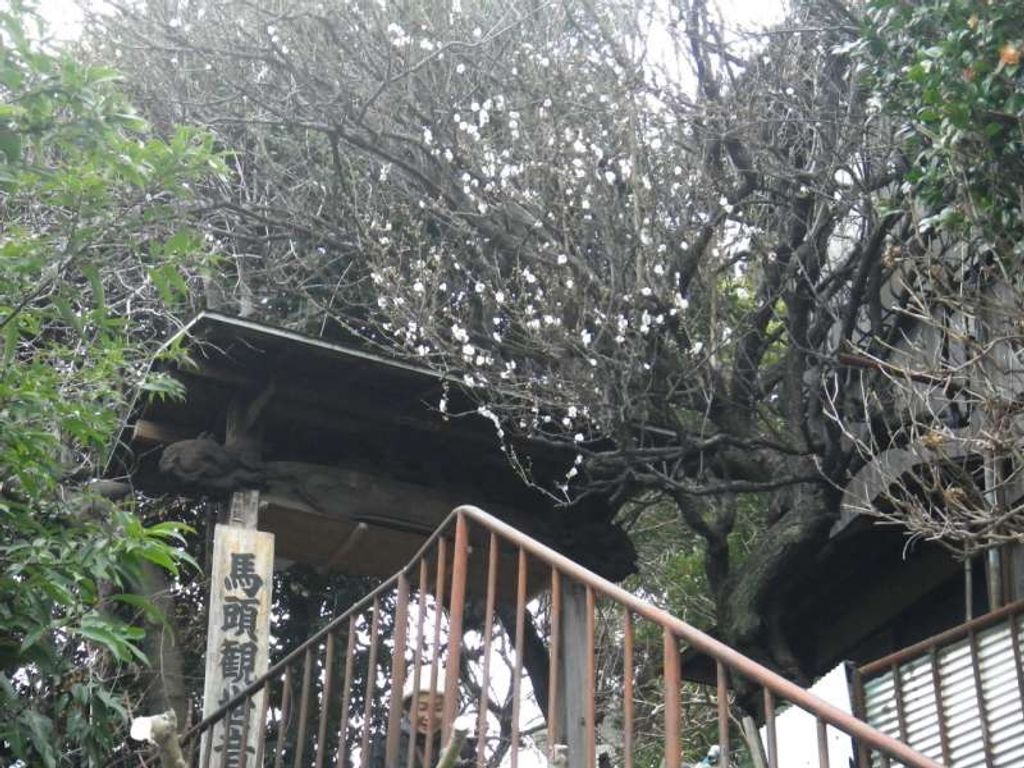 Honjo-in Temple. Fuku-roku-ju : Deity of happiness to be blessed with real children, asset and longevity 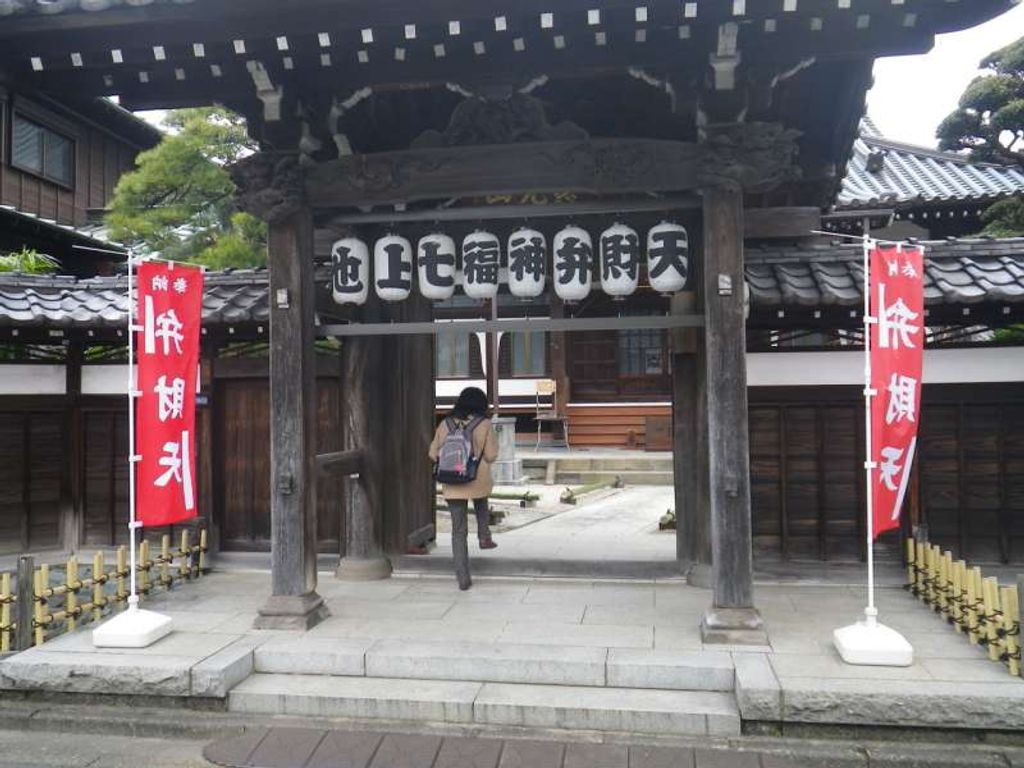 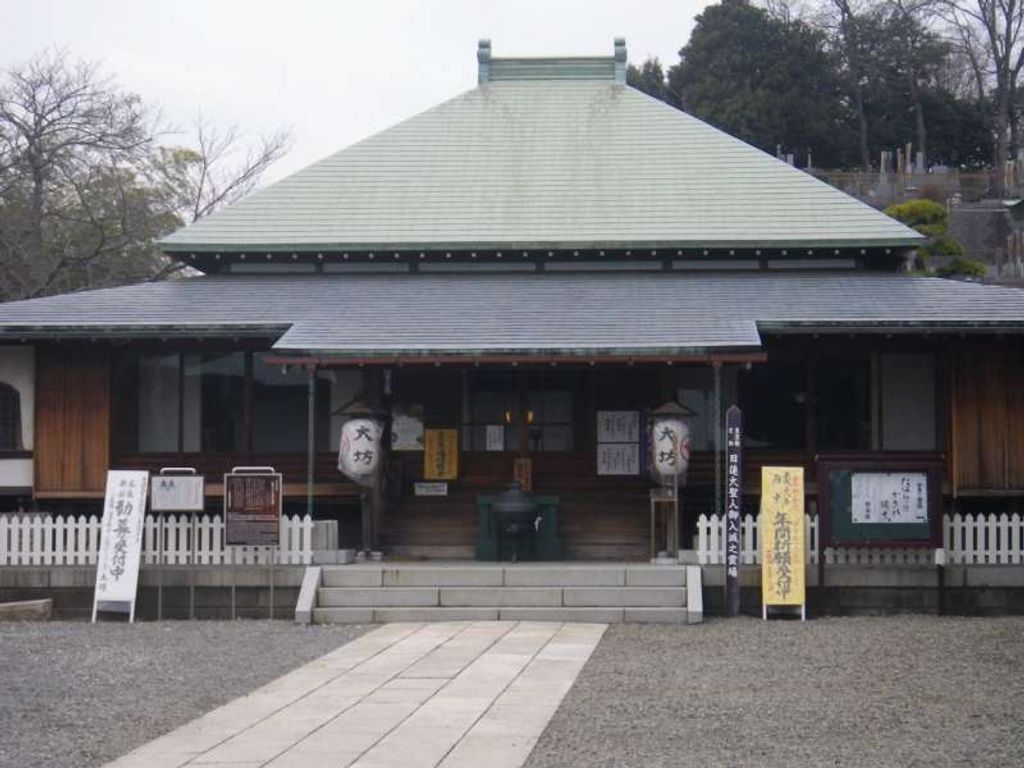 This is the place where Saint Nichiren passed away in 1282. 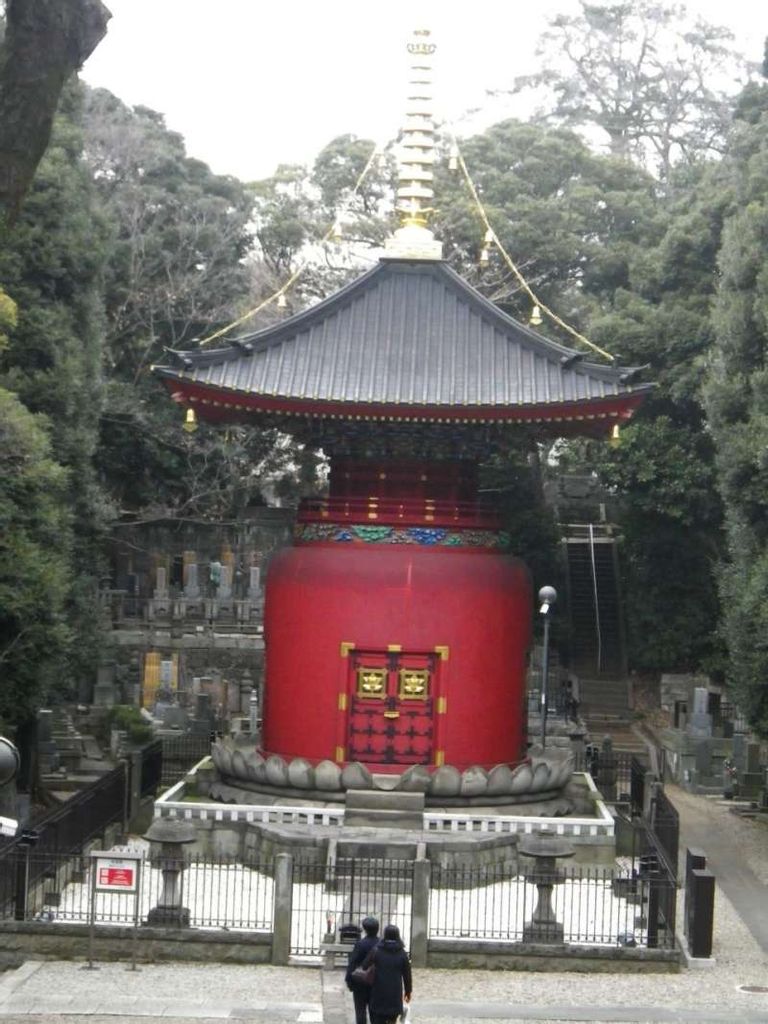 Saint Nichiren's ash in there.

The main hall of Ikegami-honmon-ji Temple 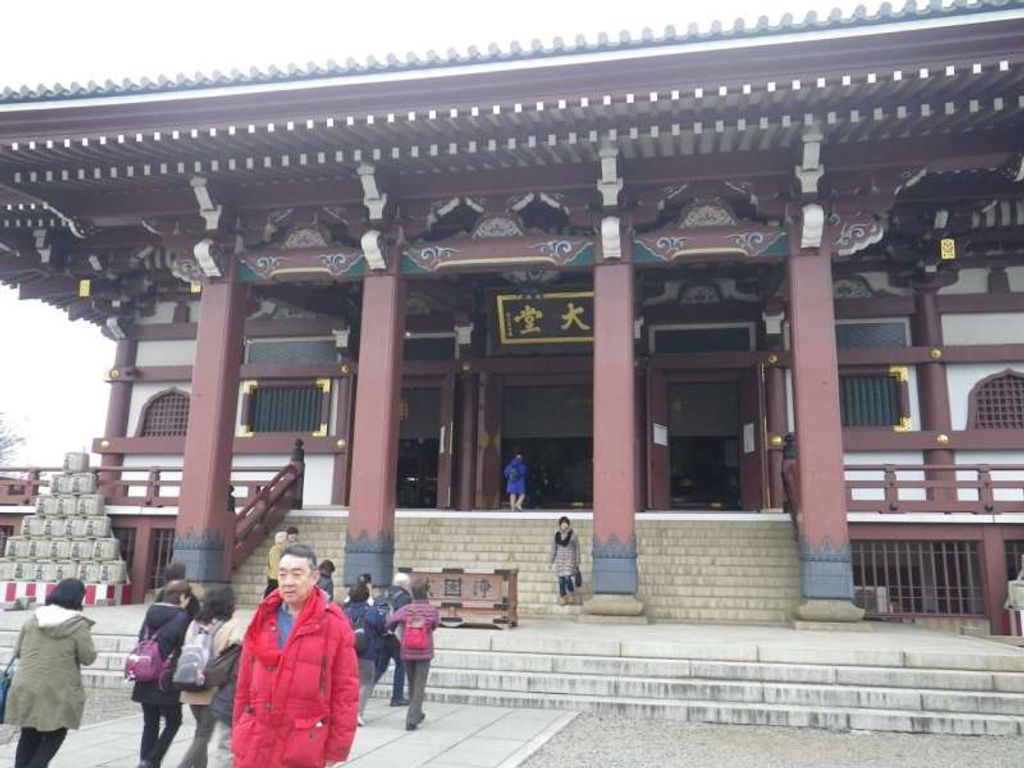 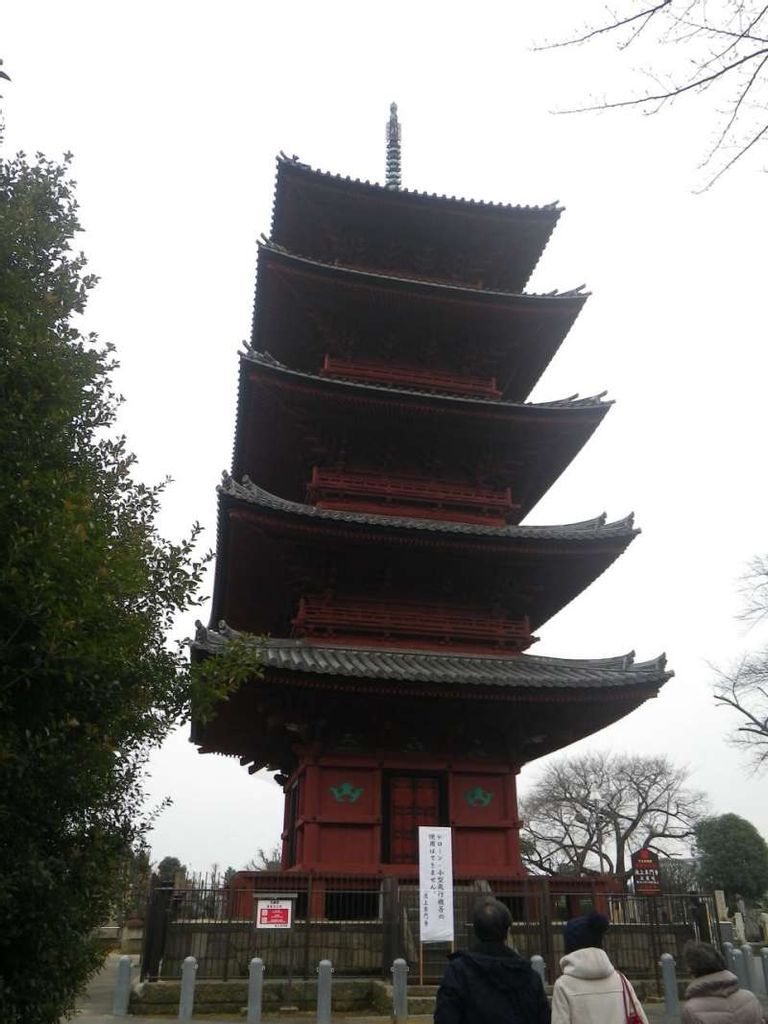 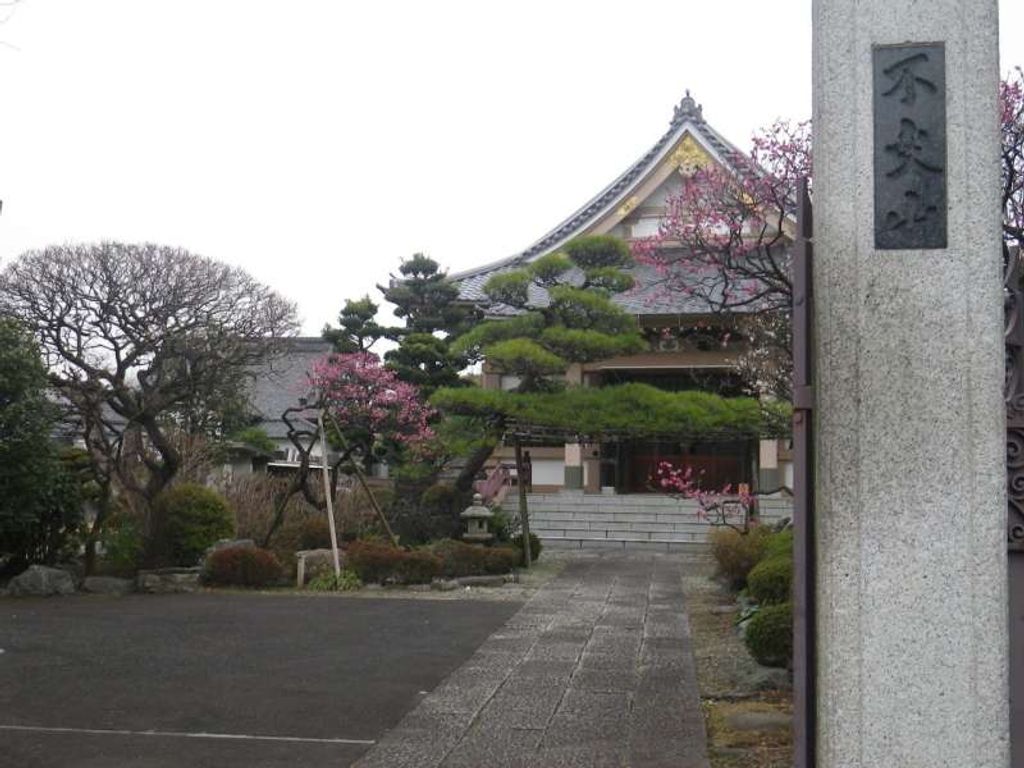 There are beautiful pine tree and plum blossoms. 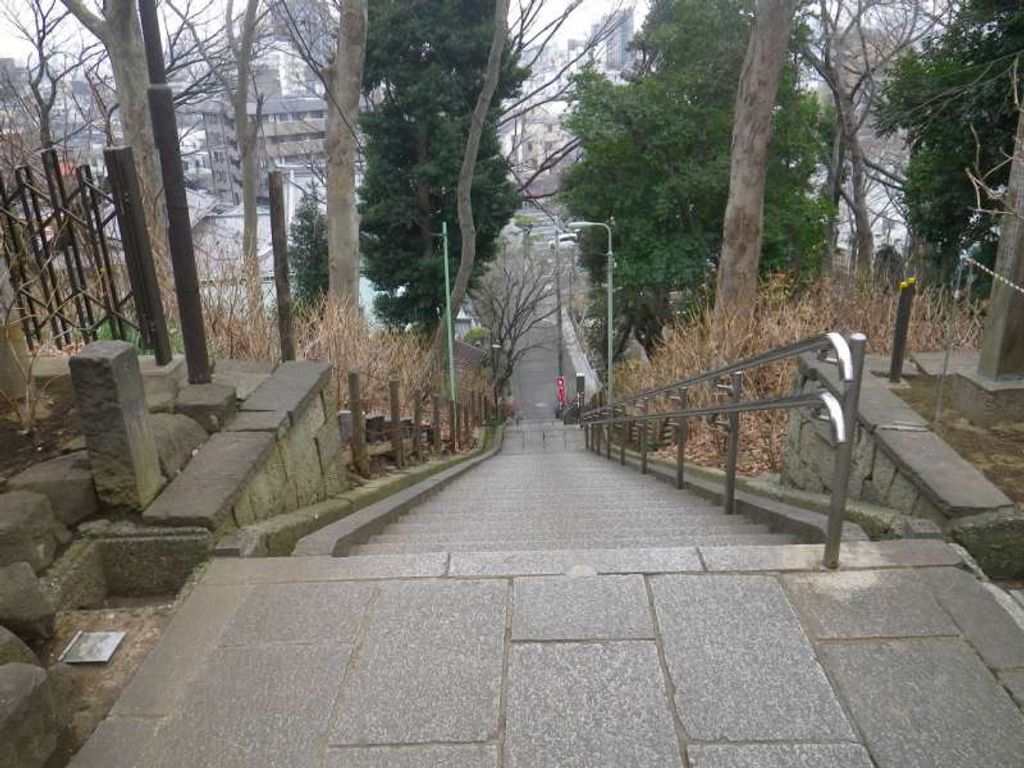 a tomb in Edo era 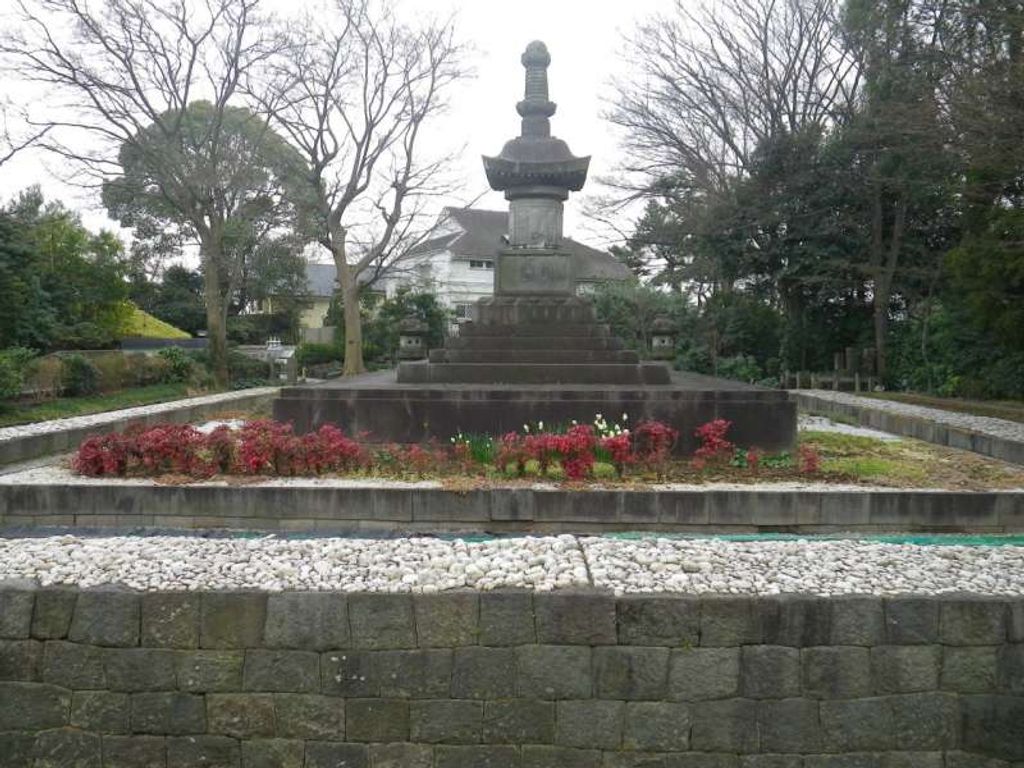 This is the place where a grand daughter of Ieyasu TOKUGAWA was buried. 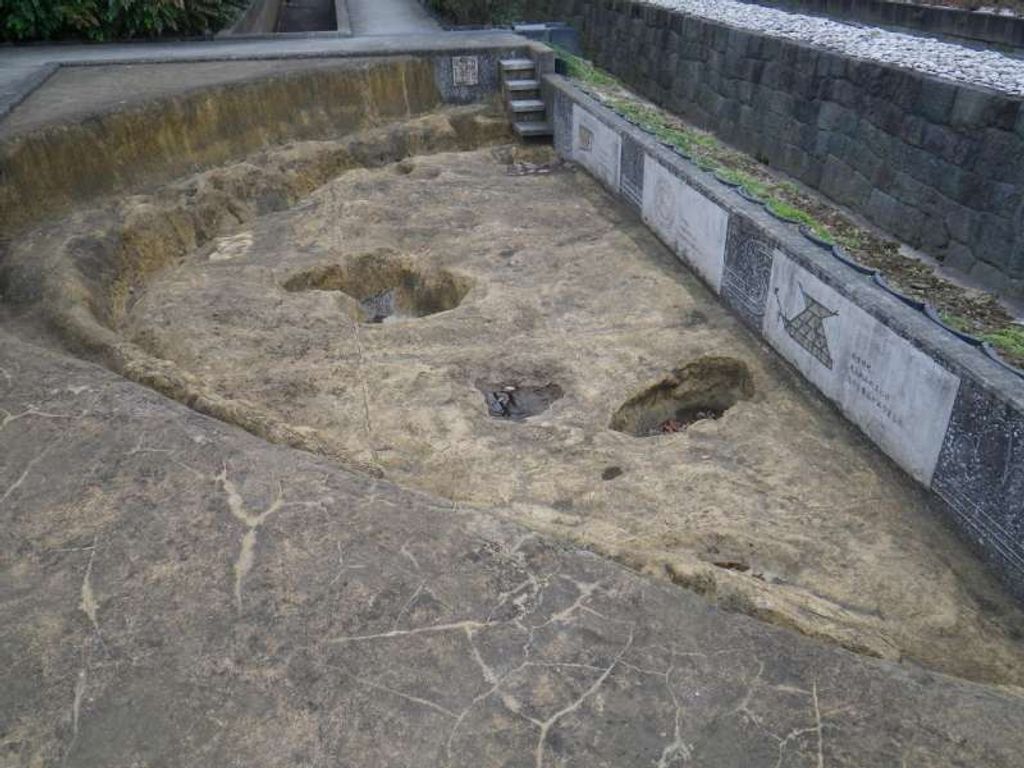 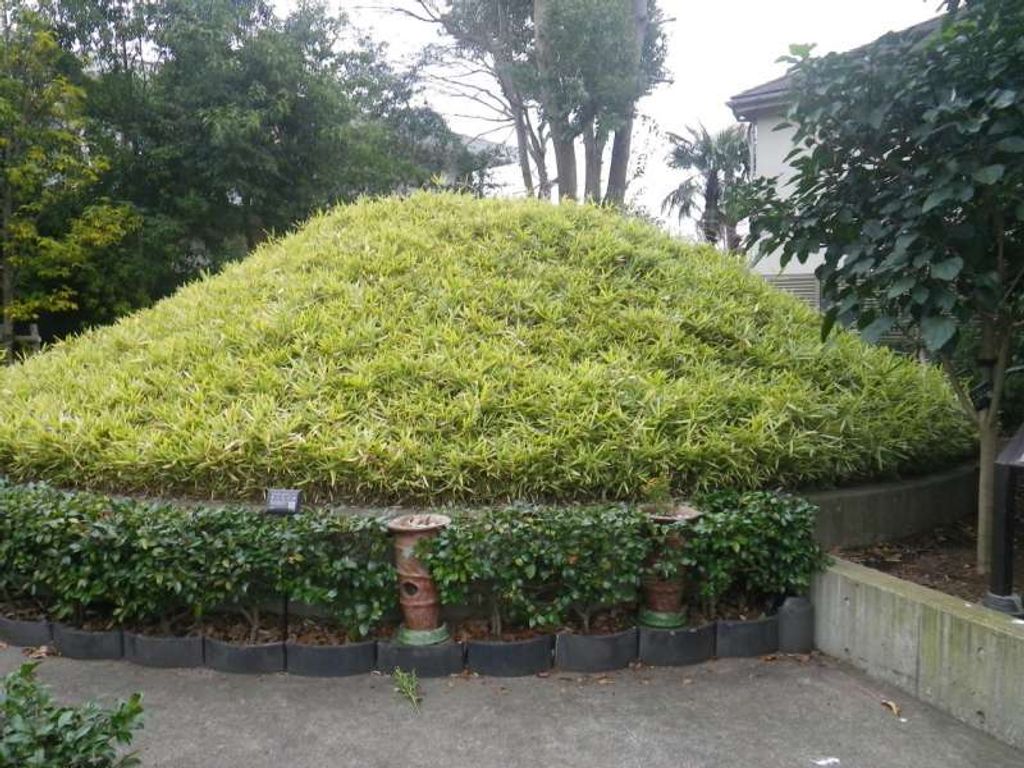 It's from 6th century. 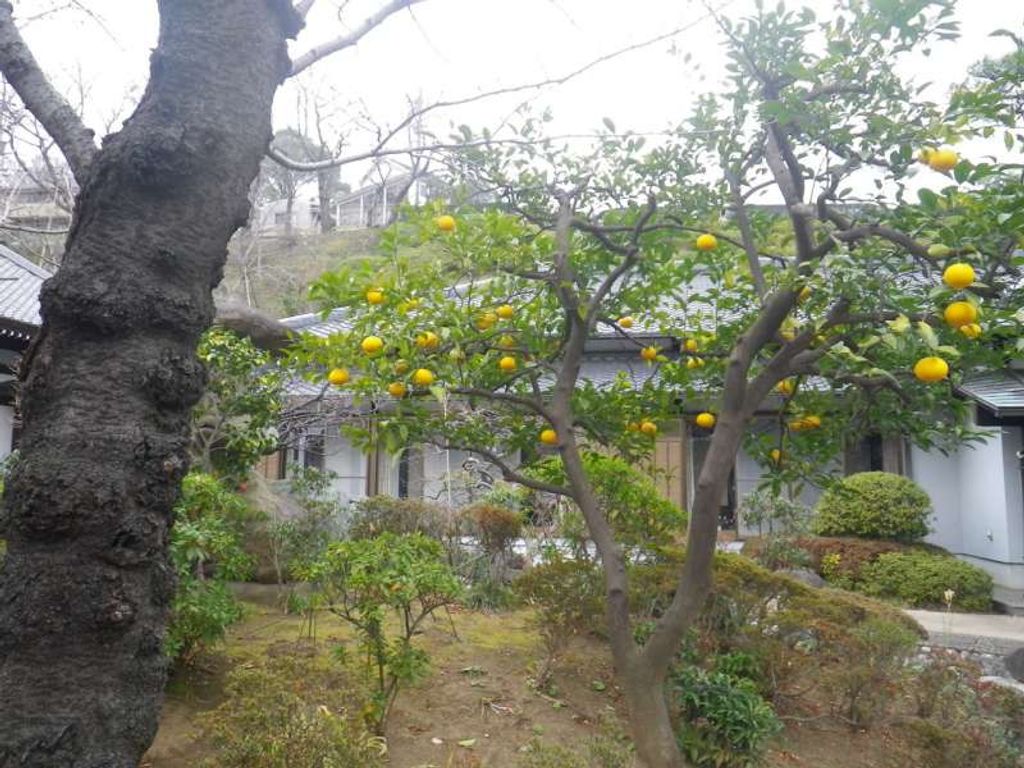 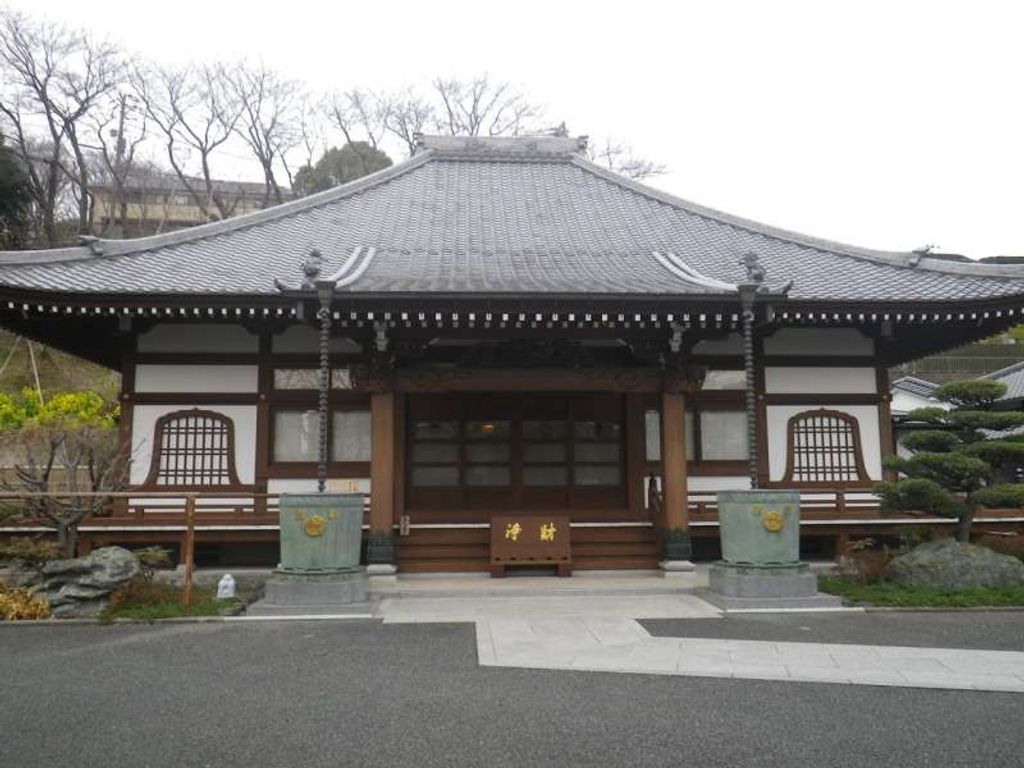 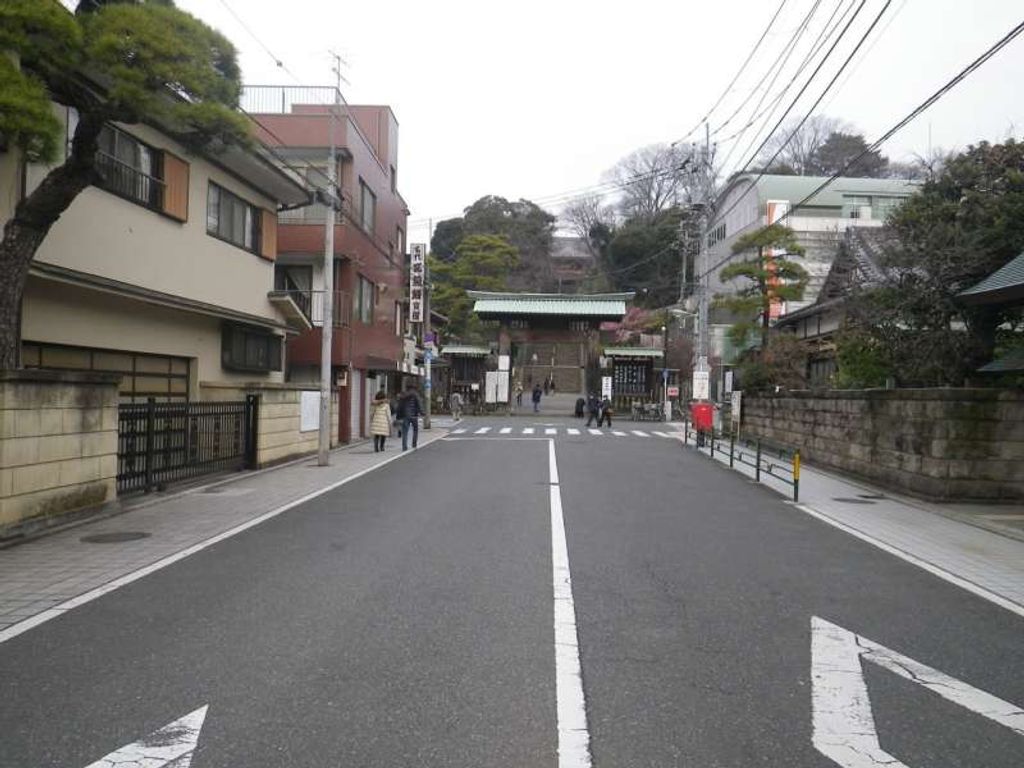 One day trip to Hakone taking kinds of public transportation

Hakone is a good place to see Mt. Fuji, historical assets, beautiful nature, dynamic volcano scenes, to take hot spring bath and to enjoy kinds of transportation systems. Although Hakone has a lot of place to visit for two or three days, we can even enjoy Hakone for a day trip. Views of Mt. Fuji is not guaranteed but Hakone has attracted international tourists since 150 years ago.

Go over the mountain to know geographical merit of Kamakura tour

Kamakura is an attractive place for one day trip. If you have already visited there and you'd like to see another scene, this tour is one of a good choice. And if you like going on hiking, this tour might add good memory to you. Former Shogun chose Kamakura as the base of his government because it was good place for defense. You can experience this geographic reason by joining this tour.

Seven Deities go round is popular Japanese enjoyable activity. At the beginning of a year, people go round deities to thank for the safety of the previous year and to pray for a good luck of new year. Ikegami Seven Deities round is available through the year. Going around and getting seven seals are fun! This tour is good for half-day transit at Haneda Airport.

Koishikawa Botanical Garden in Bunkyo ward is a nice place to see colorful autumn foliage. It takes less than 40 minutes from Tokyo Station by train and walking. This place used to be a vacation house for Tokugawa Shogun. The garden is now managed by Tokyo University. If you don't like to walk for a long distance, let's take public transportation to the nearest station.

This is a walking tour from Tokyo Station to Ebisu district. There are many political sites around Tokyo Station. Tokyo Station itself, the Imperial Palace Ground and the National Diet are good place to see. When we go to the west, there are many beautiful facilities such as the State Guest House and the Outer Garden of Meiji Shrine. I recommend you to walk around Tokyo.

The town is often called 'Ko-edo', or little Edo. Amazing! It's not little Tokyo but Edo. There are a commercial district and a feudal load's palace from the 19th century. There is a noble temple called 'Kitain' from the 9th century. Lots of old cherry trees are still remained that we've lost in Tokyo. It's less than one hour train ride from Tokyo. Please enjoy the atmosphere from Edo era.

Plan your trip to Tokyo with Junichi K.