Re: Daimyos (Head Lords of Domain) of the ASAIs in the Age of Provincial Wars & the Northern Region

I roughly read the book today.
They say that the ASAIs’ three generation in the 16th century are very popular still now among the people in this region, since the lords were originally born and grown here and did a very good administration for the people in those days.
I was most impressed to read the sentences below, which is written about the last scene; Oichi (お市, an ex-wife of Nagamasa ASAI) sent a letter to Hideyoshi, asking him to look after her three daughters (the most famous “three sisters” in Japanese history), and sent them off at the gate of their castle, in order to say the farewell word. She was awefully beautiful then and looked as if she were just 22 years old or so, actually 36 though, the old document wrote. (Soon after then, Oichi and her husband Katsuie killed themselves, with death poems.)

[The Book of “Daimyos (Head Lords of Domain) of the ASAIs in the Age of Provincial Wars & the Northern Region of Ohmi Province (Previous Shiga Pref.)”] 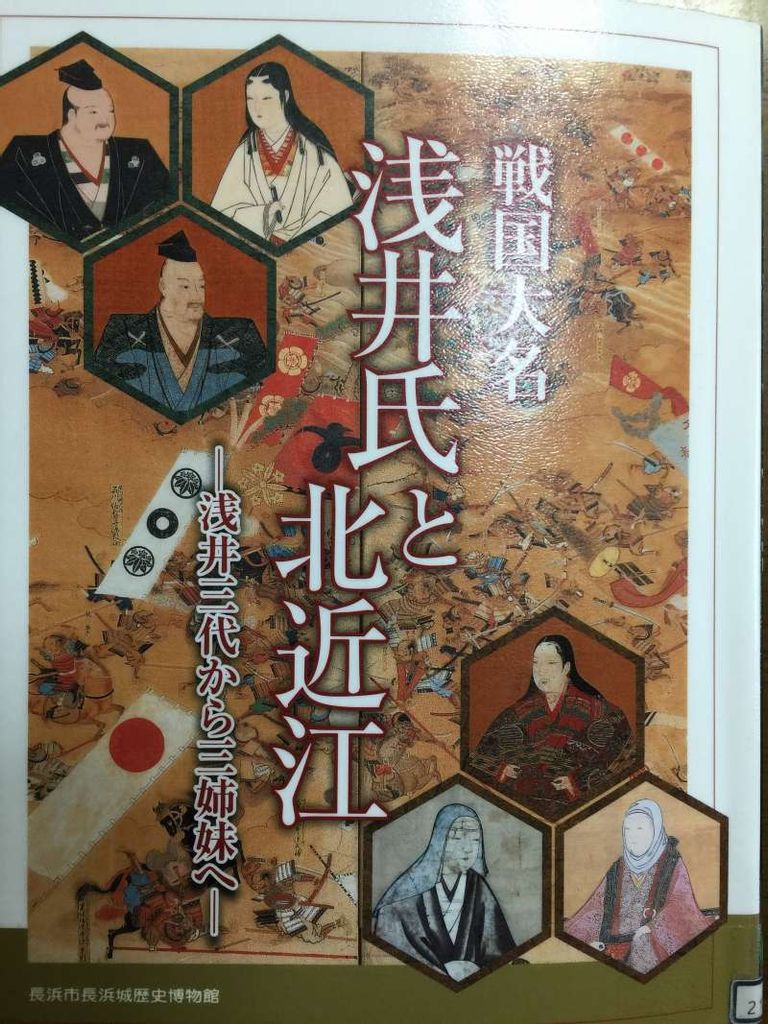 [Oichi, the Wife of Nagamasa (and a sister of Nobunaga), who was said to be the most beautiful princess in the age.] 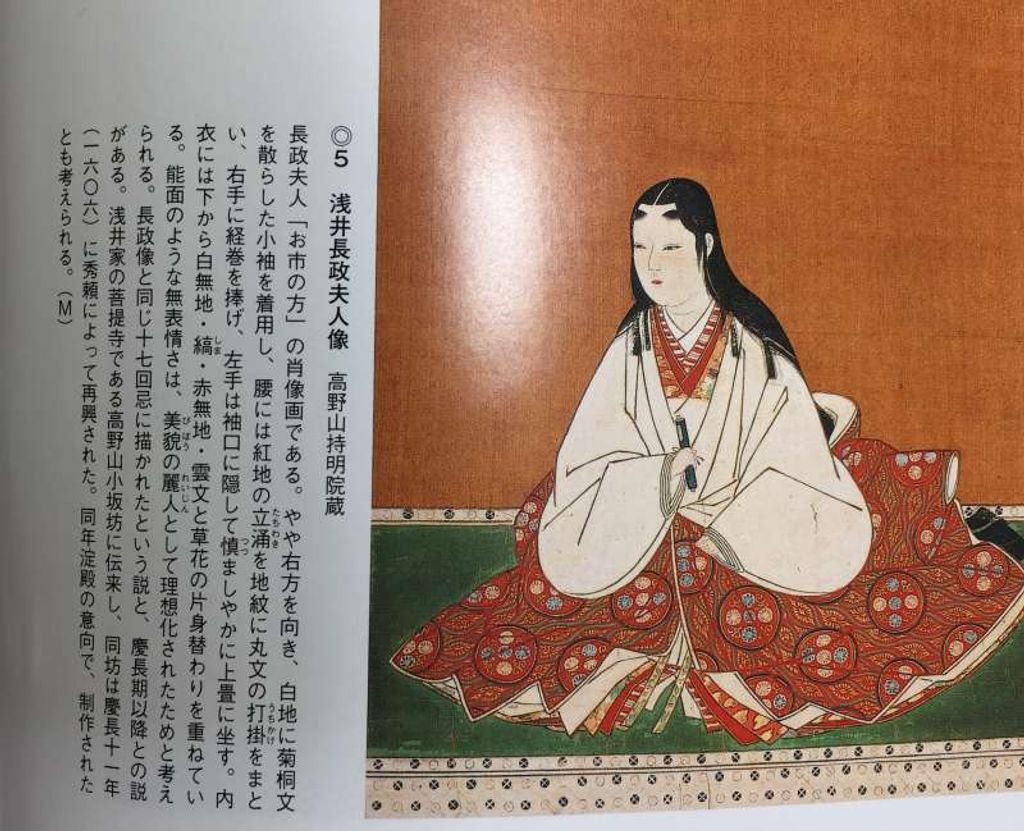 [Nagamasa ASAI, the third lord of the ASAIs, who had bravely fought a battle with Nobunaga.] 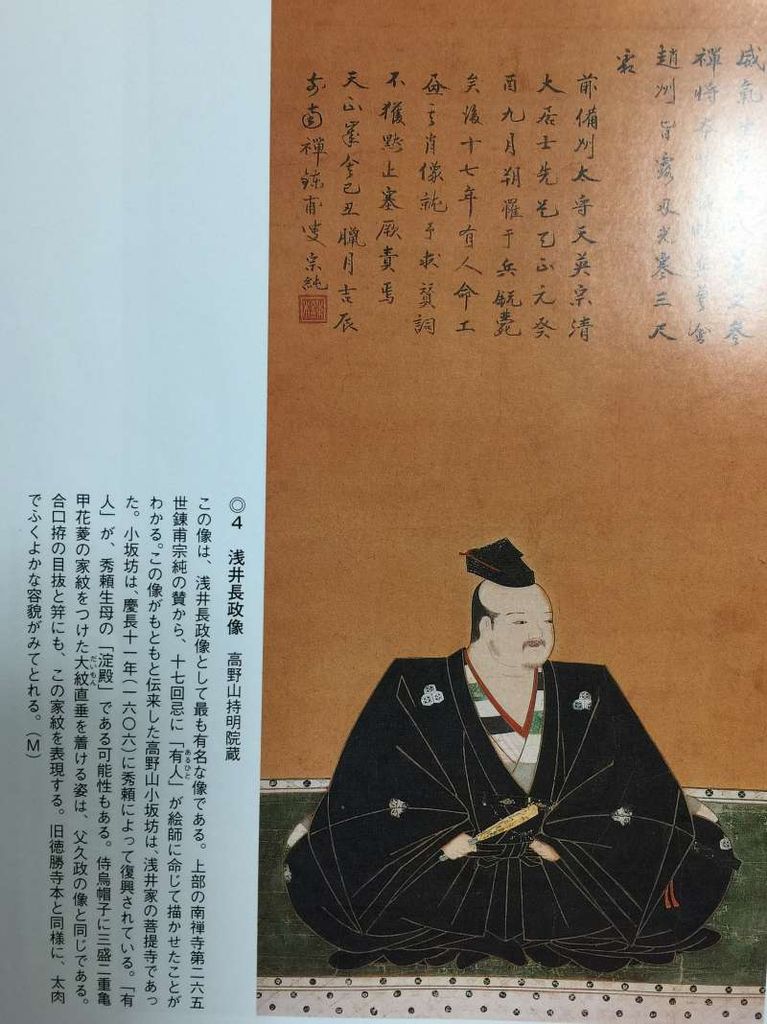 Re: I bought a new Smart Watch!

Since my FITBIT gadget (Alta HR) seems to have become a bit old-fashioned and the wrist band got broken, I decided to buy a new one, a bit sophisticat...

Re: Practical Exercise of "Training Course for Guide Interpreters Limited to Nagahama" (長浜市地域通訳案内士養成

We went to Chikubu-shima island, Hikiyama Festival Museum and Keiun-kan (a Guest Palace for VIPs) for out practical training. The visit to the second ...

Re: An Electric Toothbrush (電動歯ブラシ)

I believe that healthy teeth control our body health. Since I'm a very awkward boy by nature, I started an electric toothbrush from more than 25 years...

Re: Fireworks above the "Mirror Lake" in Winter

We were able to enjoy dramatic fireworks tonight. The time was so short, but for that reason the art of fire seared into our memories brilliantly, tog...

I used to be rather fond of mathematics in my high school days. So, I tried to solve some questions on the book today. But, I'm sorry to say, that alm...

Re: Adventurous Hiking Crossing over a Steep Mountain between Two Hamlets

It was a warm and fine autumn day, today, too. Since my acquaintance (the monk of my family temple) kindly suggested me to try to hike over a mountain...

The course is a “Golden Route” around the 3 old capitals. You must feel awe-inspiring atmosphere, being surprised to see the fruits of religion-based cohesive power in Nara. Kyoto used to be the capital for no less than 1,100 years, during when the internationally famous city had nurtured sophisticated Japanese cultures. You have to be welcomed everywhere in the easygoing merchants’ city of Osaka.

One Day Bike Tour around Yogo, an Old Home of Japan in Shiga (日本的乡土“余吴”一天自行车远行在滋贺县)

Lake Yogo, alias "Mirror Lake" is a northernmost attraction in Shiga pref. Literally, it looks like a natural mirror on a calm day, perfectly reflecting surrounding mountains. The one day tour takes you to representative spots associated with impressive folklores about the lake and its vicinity. We can also visit the stage of the fierce historical battle of Shizugatake of the Provincial Wars.

A Half Day Bike Tour around Lake Yogo in Shiga (余吴湖一周半天自行车远行在滋贺县)

Lake Yogo is a northernmost mysterious attraction in Shiga prefecture, and its another name is "Mirror Lake", since it looks like a natural mirror on a calm day, perfectly reflecting surrounding mountains. The lake was a stage of the fierce historical battle of Shizugatake in the midst of the age of Provincial Wars (1583). There are also many folklores associated with the lake.

Keisoku-ji was re-built by the Venerable, Saicho (767-822 AD), and named after footmarks of a chicken left on accumulated snow. The monk found an Eleven-headed Deity of Mercy in burned-out ruins, and then opened tremendous area of many Buddhist temples. Though the temple became deserted now, the breath-taking beauty of hundreds of colored leaves attracts so many people just like the old days.

Kohoku, i.e., northernmost district in Shiga pref. is said to be “The home of Kan-non (Deity of Mercy)”, many of which have been protected by successive villagers of the hamlets since more than 1,200 years ago. You can also appreciate breathtaking autumnal beauty of the old mountainous temple of Keisoku-ji in late fall. Thus, you may feel a genuine cultured atmosphere of old Japan here at Kohoku.

One Day Tour around Central Nagahama in Shiga (长滨市内一天远行在滋贺县)

Nagahama (Population: about 120,000; Area: about one sixth of the whole of Shiga) has developed after Hideyoshi, a famous hero in the Provincial War Period, put his base castle here in 1570s. UNESCO’s Intangible Cultural Asset, Hikiyama festival has an origin of celebrating a birth of the strongman’s first son. Thus, many spots associated with the old days still remain here and there.

Plan your trip to Shiga with Yoshi K.