The natural art of fermentation

How did old villagers make miso, harvesting wild fungi without using koji malt before? We interviewed 90 years old grand-fathers in the village to investigate traditional knowledge on living with nature. 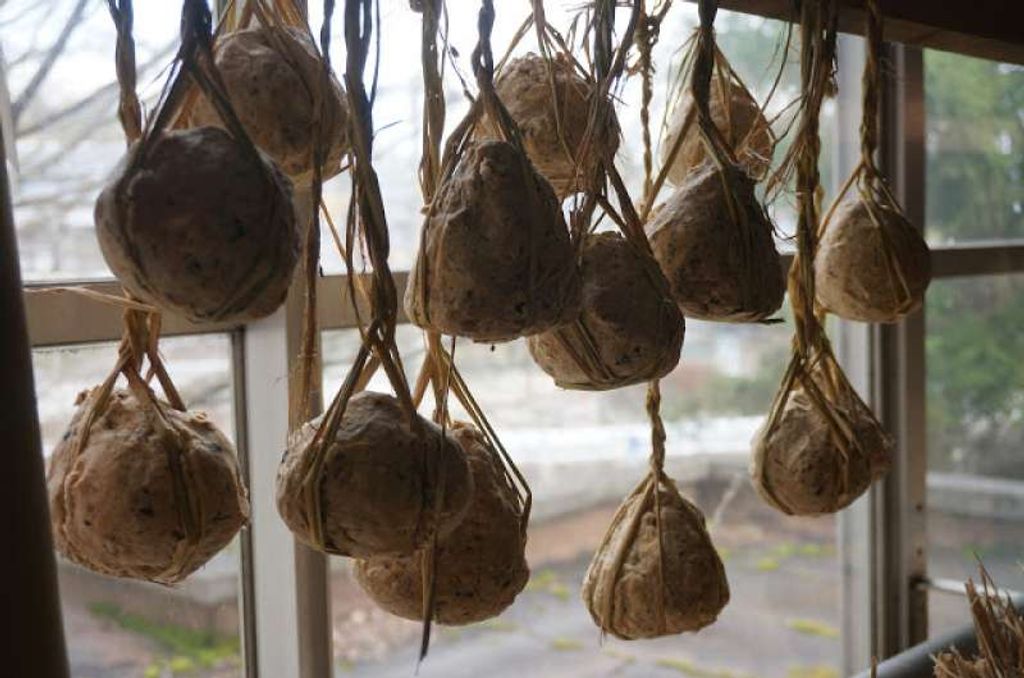 Speaking of miso, generally, steamed beans, rice, and wheat malts are mixed with soy beans. In the mountainous regions, however, rice is difficult to grow, and too precious to make koji malt (mold inoculated with asperguillus oryzae).  So, traditionally, village people do not use koji to make miso in these villages. 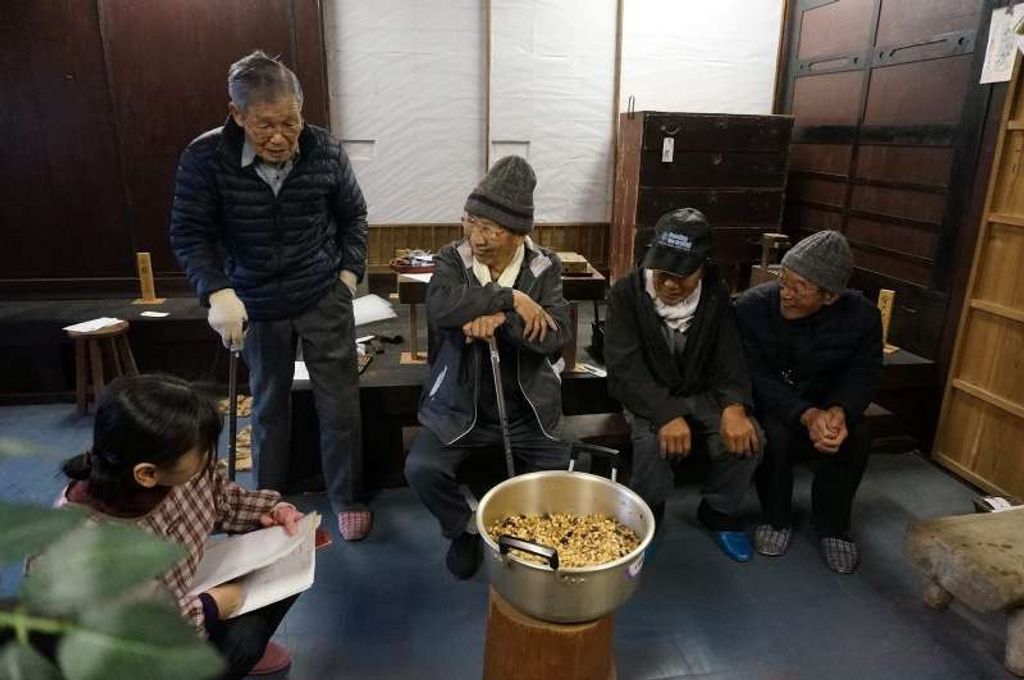 Instead of koji, they make "misodama (miso ball)" to harvest natural fungi in the room. This method can be seen Tohoku, or Shinshu areas, with heavy snow and earth oven in their houses.

Fist of all, boil soy beans. Granmas are cultivating their own beans, which are different varieties for miso, shoyu, and tofu. Some told blue beans are suitable for making miso, and in Tanba regions, black beans are mainly used for miso.  Each household has each recipe, and their own bean varieties.

This time, we used 3 varieties of soy beans: black beans, yellow soy, and blue beans. It is said that blended beans could be more tasty.

Boiling water, so called "ame" shoud be preserved with salt until misodama is ready. 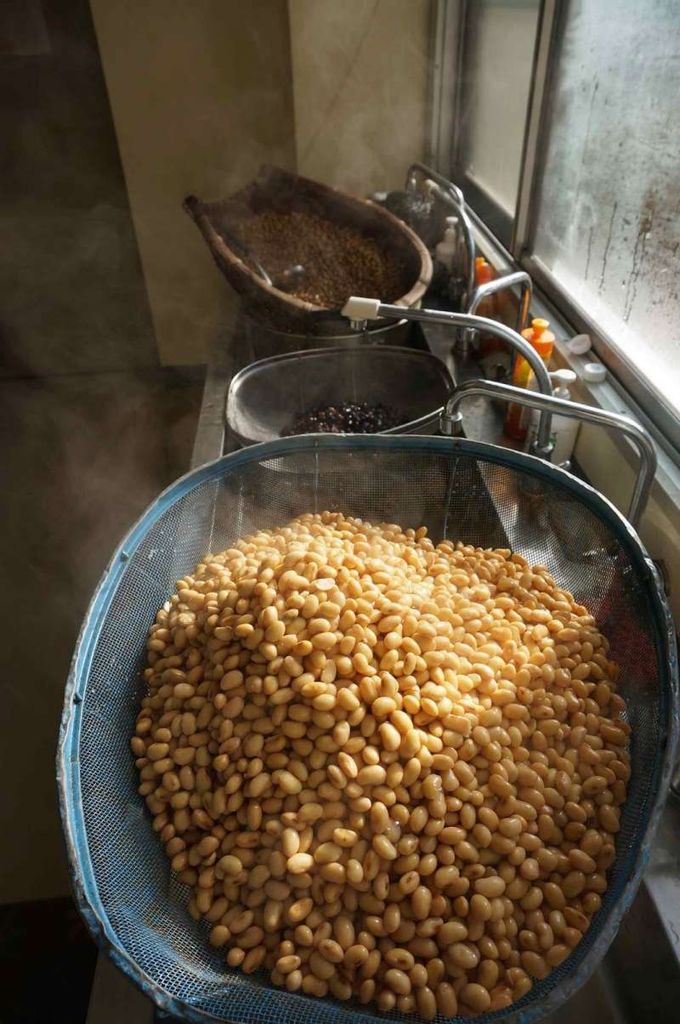 The highlight of misodama making is pounding.

The traditional stone mill is called "karausu". It has wooden pedal on the other side, and before, children had to step on karausu to grind beans. The other side has a stone ball, and one person should be there to stir bean stuffs.

It sounds like as if the mill is singing a song. villagers used to step on the mill, while singing song. After boiled soy beans, we made balls of soy beans.

In old recipe books, there are no discriptions on quantity. It is always said "suitable portion" in Japanese we call it "anbai", which is literally means salted plum. The quantity of salt on plum should be different dependent on the temperature, moisture of the plum itself, varieties, and so on.

"In fact, there should be no fixed quantity. These should be learned by doing it by yourself, and create your own taste. " said a ground-father of the village. 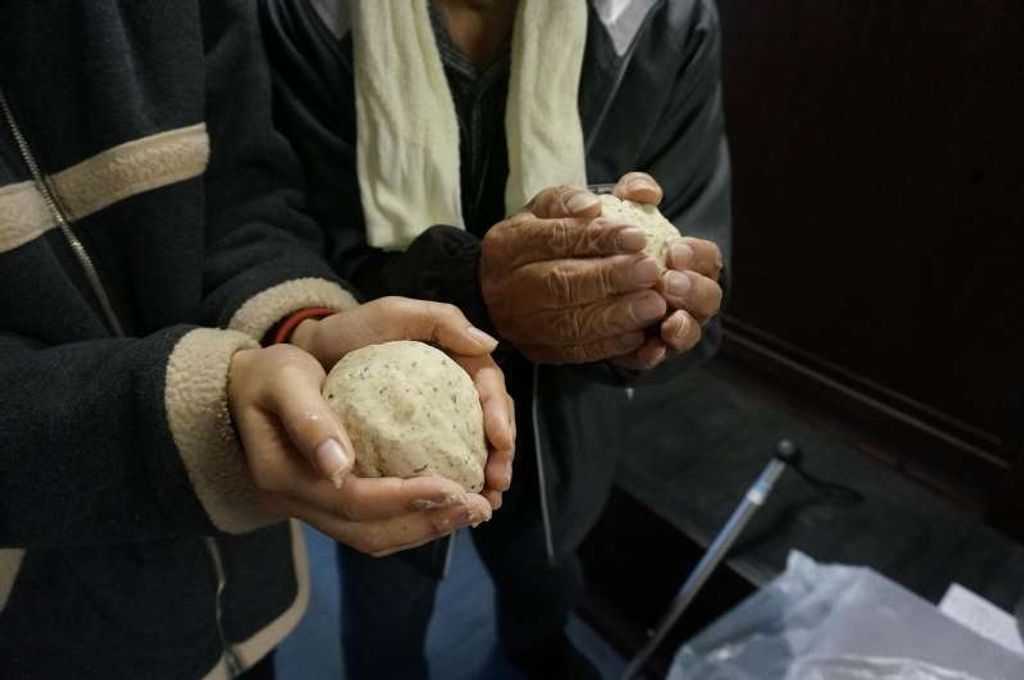 After making misodama, next step is binding. Important thing is to hang misodama above the earth oven. Misodama will be dried by the smoke. Some farmers keep misodama for 4 months during winter, some for 1 year. Then, ame (boild water with salt) will be added to the grinded misodama.

We look forward to the next step: grinding misodama and add ame so that miso will be fermented further. Nara's charm is not only deers but also its traditional country lifestyle, which has been inherited from generations to generations. Half a day off-t...

Off-the-Beaten Nara: Things to do other than meeting with "Deers"

A treasure house of traditinal knowledge on plants and ancient shintoism Uda city is located 1 hour away from the "Deer Park" in Nara city, ancient ...

Plan your trip to Nara with Chisato M.