Your In-Depth Guide to the Walls of Dubrovnik

Dubrovnik is known as the Pearl of the Adriatic. It is a beautiful, historic town with centuries-old architecture nestled atop cliffs overlooking the sea. One thing that immediately captures the eye is the city's impressive fortifications. The fantastic walls represent some of the best medieval fortifications in the world. They are included among the Croatian UNESCO World Heritage Sites and are the symbol of the city as much as the Colosseum is for Rome, or the Parthenon is for Athens.

Whether you're spending a week in the area or just making the most of a short interlude during a business trip, a tour of the Walls is perfect for experiencing Dubrovnik's iconic scenery. This is a great opportunity for hiring a private guide who can show you all the classic spots at your preferred pace! To pique your interest further, here is our in-depth guide. 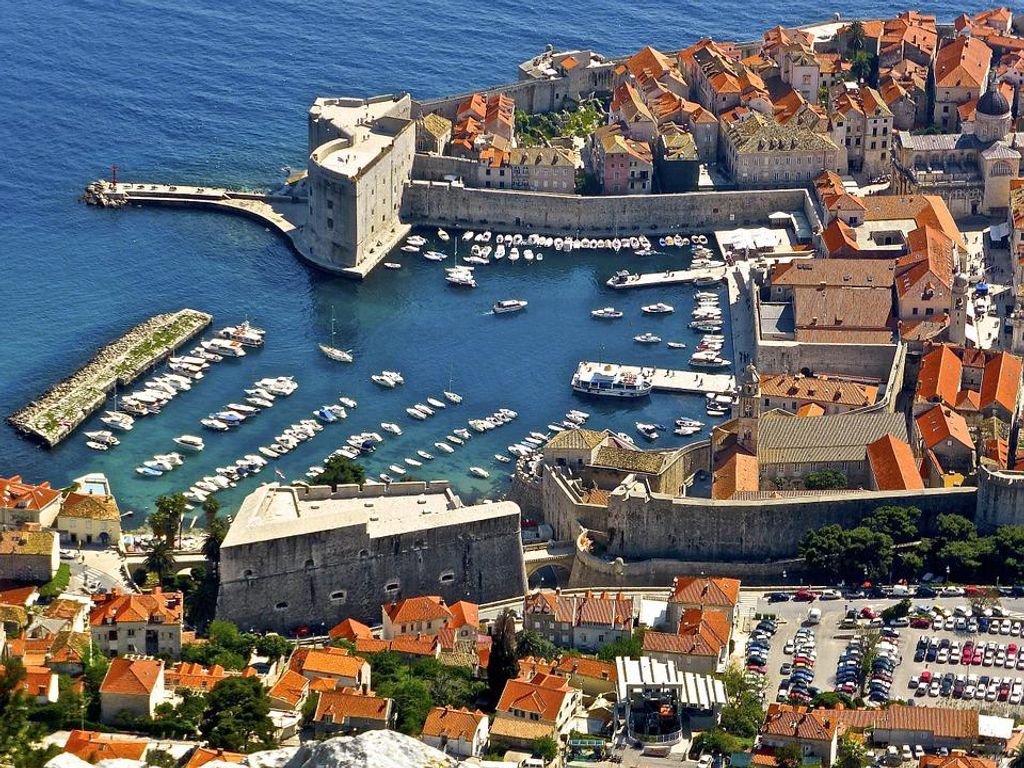 Dubrovnik's history began in the year 614 when a group of refugees fleeing from a siege of Epidaurus came to a rocky islet called Laus. Earlier, the islet had been used by Greek sailors as a stopover, and there is known to have been a castle there by late antiquity. The new refugee settlement became known as Ragusa, and much later as the Republic of Ragusa.

The earliest fortifications of the islet are thought to have been wooden palisades. Limestone fortifications were constructed during the 8th century, and by the 9th Century, the islet was sufficiently fortified to withstand 15 months of attacks. The entire city was surrounded by the walls by the 13th century. With the fall of Constantinople in 1453 and the threat of an Ottoman attack, the senate hired Michelozo di Bartolomeo from Florence to strengthen and embellish the walls. Fifteen square forts were built which were later followed by fortresses and drawbridges at the city gates. For the next two centuries, Dubrovnik enjoyed a Golden Age, trading around the Mediterranean and with the Ottoman Empire. 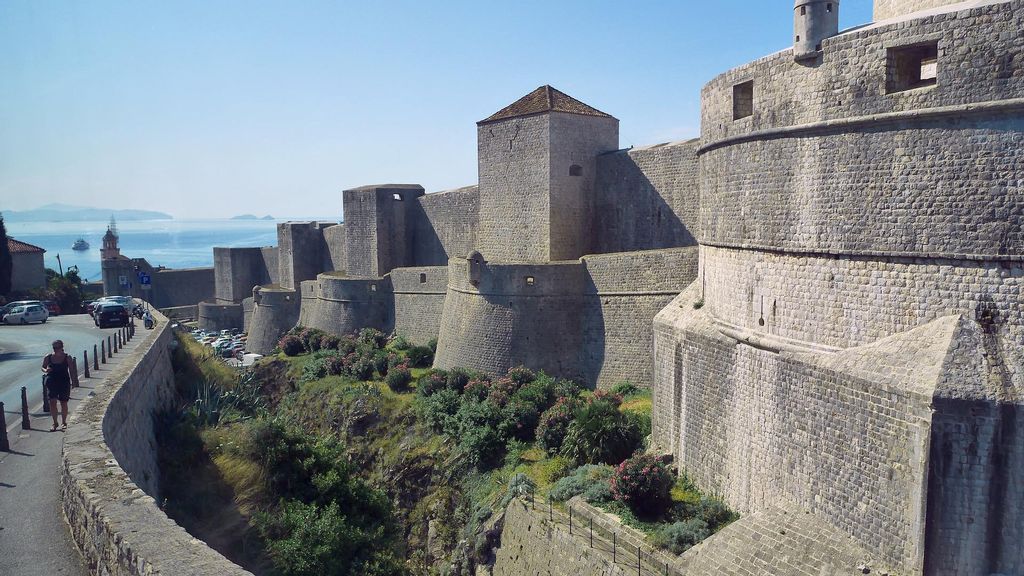 Depending on your time and itinerary, you may want to tour the entire length of the walls or just a section of them. Touring the walls does require a fair bit of stair climbing, so be sure to give yourself enough time if you want to reach all four main corners. A comfortable pace with time to enjoy the views and take in some history requires about two to three hours. Here’s a look at the main points of interest along the way.

The Walls in Numbers 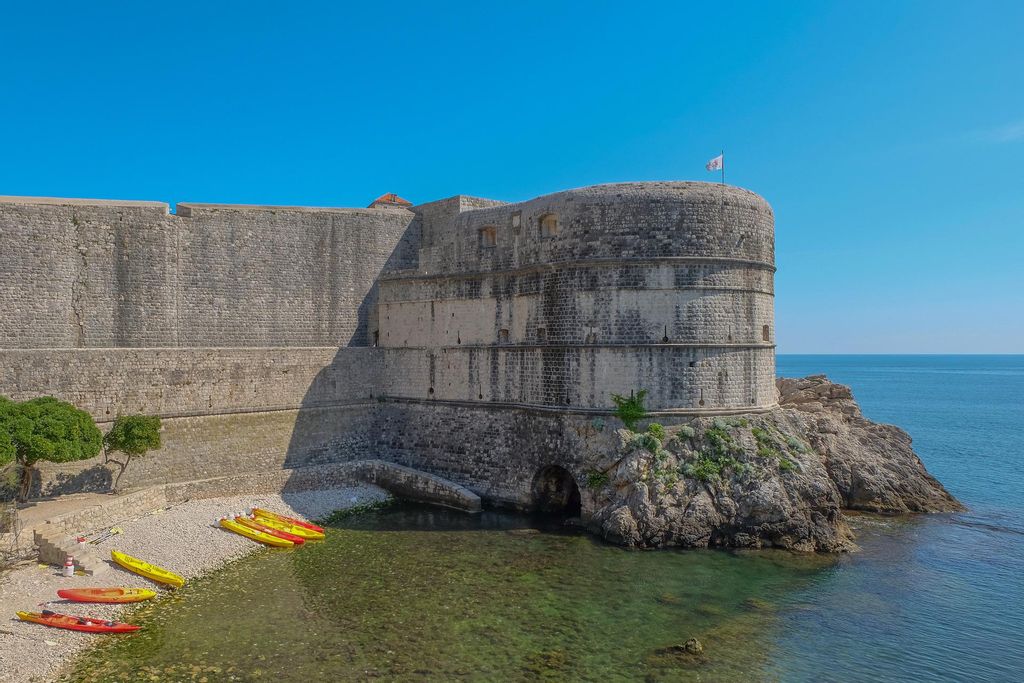 The Minceta Tower is a fortress at the northern corner of the walls and is the highest point in the defense system. It was constructed in 1319 on the land owned by the Minceta Family, hence the name. With the fall of Constantinople, the fortress was redesigned to accommodate the new wall system designed by Michelozo di Bartolomeo. The Minceta Tower is an impressive structure and visitors can enjoy marvelous views of the surrounding city and coastline from the top. You can enter the tower with the same ticket that admits entry to the walls, so no worries on that front.

The Bokar Fortress forms the western corner of the walls and is a defensive companion to the Minceta Tower as they flank the Pile Gate entrance. It is a cylindrical projection from the walls that extends out onto a small islet. An arch was constructed below where the sea still passes through today. The fortress looks out across to the remarkable Lovrijenac Fortress looming atop a high outcrop with steep cliffs. Inside, guests can enjoy a precious stone (lapidary) collection as well as several ancient cannons on display. The fortress is also used as one of the venues of the Dubrovnik Summer Festival held in July and August, with performances of theater plays, classical music, and traditional dances.

The Revelin Fortress is an impressive structure built on steep cliffs outside the eastern Ploce City Gate. It was constructed in 1463 as part of the defense system against the threat of an Ottoman attack. The fortress was initially built as a revelin, a detached fortress protecting the city’s weaker eastern gate.  In modern times, the Revelin Fortress is also used as a venue for events taking place during the Dubrovnik Summer Festival, and if you’re in the mood for some evening entertainment, the inside serves as a popular nightclub these days!

St. John Fortress sits on a projection of land on the east side of the town and guards the port from the south side with the Revelin Fortress across the port to the north. It is an imposing monument with rounded walls facing the sea and straight walls facing the town.Today, the fortress is home to the Dubrovnik Maritime Museum and Dubrovnik Aquarium. The museum tells the story of the city’s rich maritime history, with paintings, maps, navigational instruments, atlases, and much more on display. The aquarium is located on the ground floor, and is home to many of the denizens of the Adriatic including tons of fish species, eels, and loggerhead turtles. Tickets for the aquarium are sold separately. 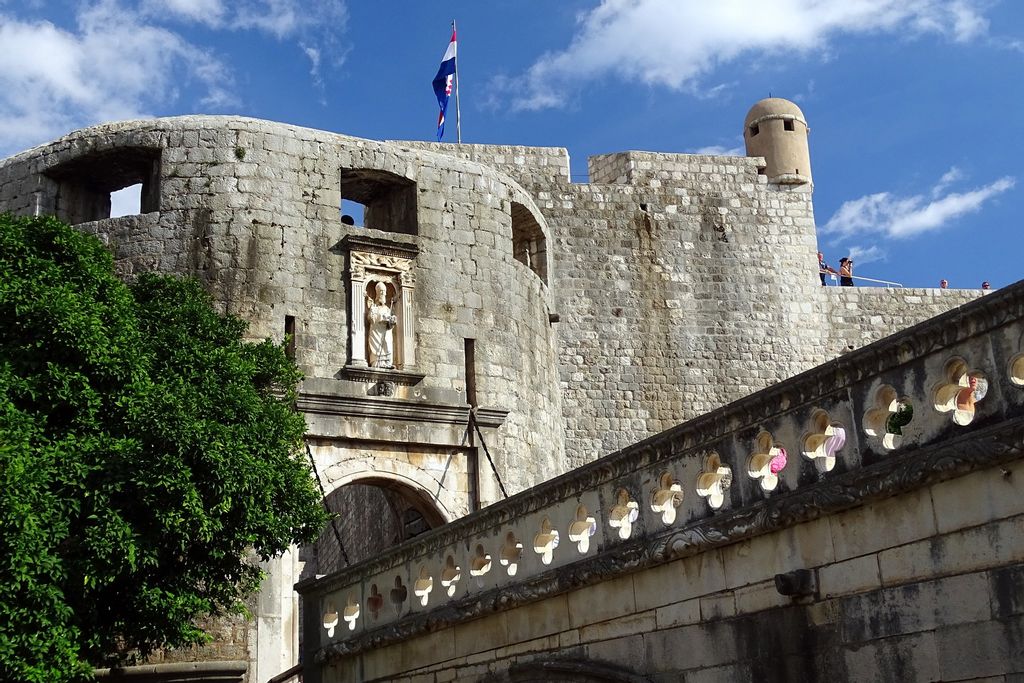 Dubrovnik used to have four main gates: Pile Gate to the west, Ploce Gate to the east, and the gates of Peskarija and Ponta at the port. Citizens once proposed opening a gate in the north wall for the convenience of transporting goods, but the senate was concerned about security. They requested the advice of two master architects from the ports of Genoa and Ancona. Both of them recommended opening a gate, but as the architects were from rival ports, the rector concluded that it was best not to take their advice. The Buza Gate was opened in the north wall in 1908 while the city was under Austrian rule.

Pile Gate has an outer gate constructed as a semicircular fortress with a Renaissance arch that was built in 1537. Crossing through the gate, one comes to a stone bridge that leads across the defensive ditch around the city. The inner city gate once had a drawbridge that was drawn up each night but now it remains open at all times.

There are various tours available and various price tags to boot. Private tours start from around $300, depending on the type of tour. There are early morning and sunset tours, including options with meals, boat rides, and the Game of Thrones filming location tours. Be aware that there is an entrance fee of about $47 to the walls usually not included in the tour fees. It is advisable to arrange for your tickets in advance as these can sell out quickly on the day. Naturally, the walls tend to be busier on weekends and public holidays, so keep this in mind if your goal is to avoid the crowds. 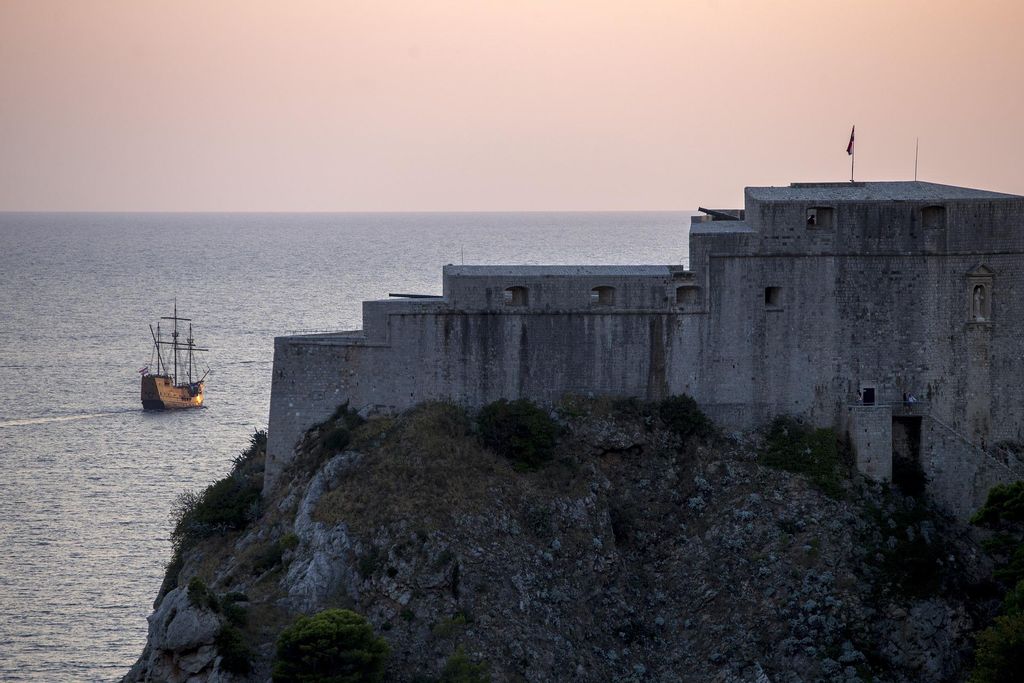 The walls of Dubrovnik are easily a must see when it comes to European history and architecture. Whether you are deeply interested in the history or just want to enjoy the view, the walls should be at the top of your list of things to see and do. While planning your visit, why not consider the benefits of hiring a private guide? Swing on over to see what our guides can do to make your Dubrovnik trip even more fantastic!

Plan your trip to Dubrovnik