Athens is one of the oldest cities in the world - for centuries greeting visitors with its rich culture, amazing landscapes, and historical monuments. It is no wonder that the city is dubbed the ‘historic capital of Europe’. Visiting Athens is an opportunity to bask in history, walking down the very streets that the likes of Plato and Socrates once did.

With all the sights and historical landmarks, it can be tricky trying to plan out an itinerary. This is why we recommend getting a private tour guide to help you around. In this article we’ve compiled a list of our top 5 famous sights to visit while touring around Athens! 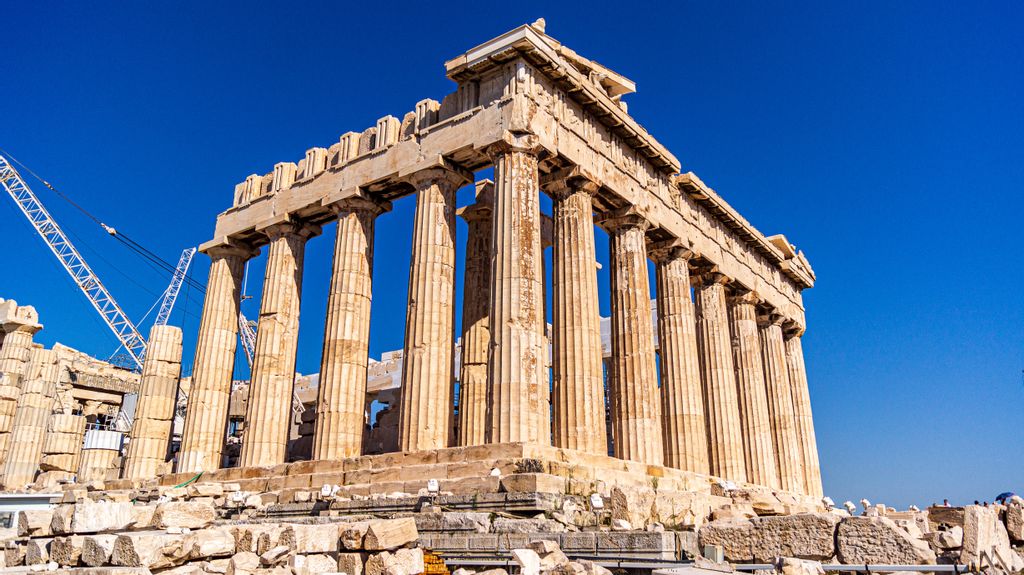 For history fans, visiting the Acropolis is a no-brainer. This influential landmark sits on a plateau, and is literally named for such. You see, in Greek the word akron means “highest point”, while polis means “city”. The Acropolis has four remaining structures still standing, and one of them is the striking Parthenon. The temple was dedicated to the god Athena, and relics on the eastern side depicts the birth of the goddess. The structure stands tall, with 50 looming columns and beautiful sculptures throughout. In and around this historical building was where ancient Greek philosophers pondered freedom and democracy.

Aside from the Parthenon, the Acropolis also houses various other unique ruins such as the Odeon of Herodes Atticus, a Roman theater perched close to the main gate. With a capacity of 5,000, this three-storey building hosted various music concerts and operas back in ancient times, and believe it or not, you can still experience a concert here to this day!

On the southwest corner of the Acropolis, you will see a steep bastion harboring the smallest, but definitely not least majestic temple, called the Temple of Athena Nike. This iconic temple was built at the zenith of the High Classical Period, and features magnificent Pentellic marble and haunting monolithic columns.

To finish off your day at the Acropolis, you can visit the Acropolis Museum - one of the most important museums in the world. Here you can learn much more about how the structures were built and the reasons behind their construction. For a truly immersive Acropolis experience, check out GoWithGuide’s tour offerings in and around the area. 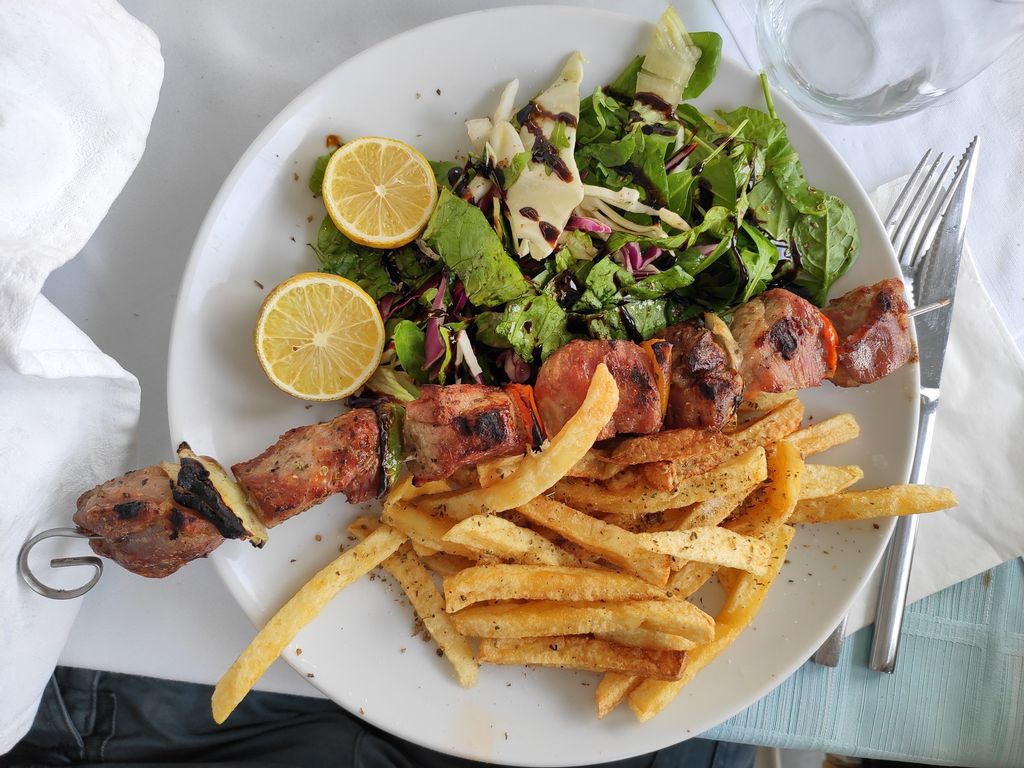 Just below the Acropolis, you will encounter one of the oldest streets in Athens. Plaka is a lovely neighborhood to walk through, with various restaurants, jewelry stores, and cafes to choose from. Here you can enjoy a plethora of the best Greek cuisine, such as souvlaki (chicken or pork on a stick) and moussaka (beef and eggplant lasagna).

Plaka’s cobblestone streets make it a joy to stroll through, each side street you enter playing host to a unique atmosphere. Al fresco cinemas and late night taverns can also be found here, and so activities abound all throughout the day and night.

You might want to keep an eye out for the ‘Ancient’ and ‘Roman’ Agora as well. Agora means marketplace, and these ruins served as central markets and public speaking areas. The likes of Socrates and Plato would even debate there. The Ancient Agora accommodates the reconstructed Stoa of Attalos, which is now an archaeological museum, and the Church of the Holy Apostles, a Byzantine Church built during the 2nd century.

The Roman Agora was (as the name suggests) built during the Roman Period when Athens fell under the umbrella of the empire. Arguably the most popular attraction here would be the Tower of the Winds, an 8-sided clock tower made of marble. This was considered to be the first meteorological station in the world. You can also find the Fethiye Djami, a beautiful Turkish mosque constructed over a Christian basilica. The mosque was built during the reign of the Ottoman Empire, and is one of the few relics of that period still standing. 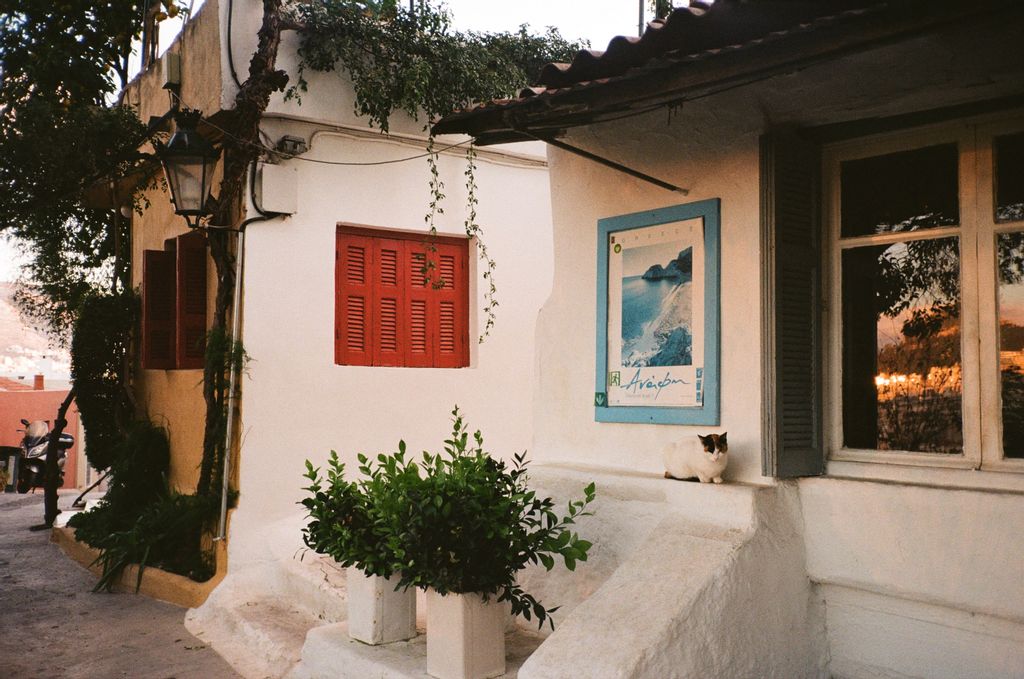 Sometimes during a trip, it’s a good idea to slow down for a bit. The tranquil Anafiotika Village lies just between Plaka and the Acropolis, and is a quiet sanctuary away from the hustle and bustle of the more tourist-filled areas. This village is unique from other parts of Athens, being built by carpenters and workers from the tiny island of Anafi.

Widely renowned for their masonry skills, these workers were originally relocated here to refurbish the palace of King Otto, a Bavarian prince who ruled as regent during the mid 19th century. The workers brought their unique building style with them, hence the white-washed houses, narrow streets, and little patios that dot the area.

You can also visit the Monastery of Panagios Tafos, constructed in the 17th century during the Ottoman Period. It’s an especially popular place to visit during Easter. There are also two Byzantine churches in the village, namely the Church of Agios Georgou tou Vracho, and the Church of Agios Symeon. 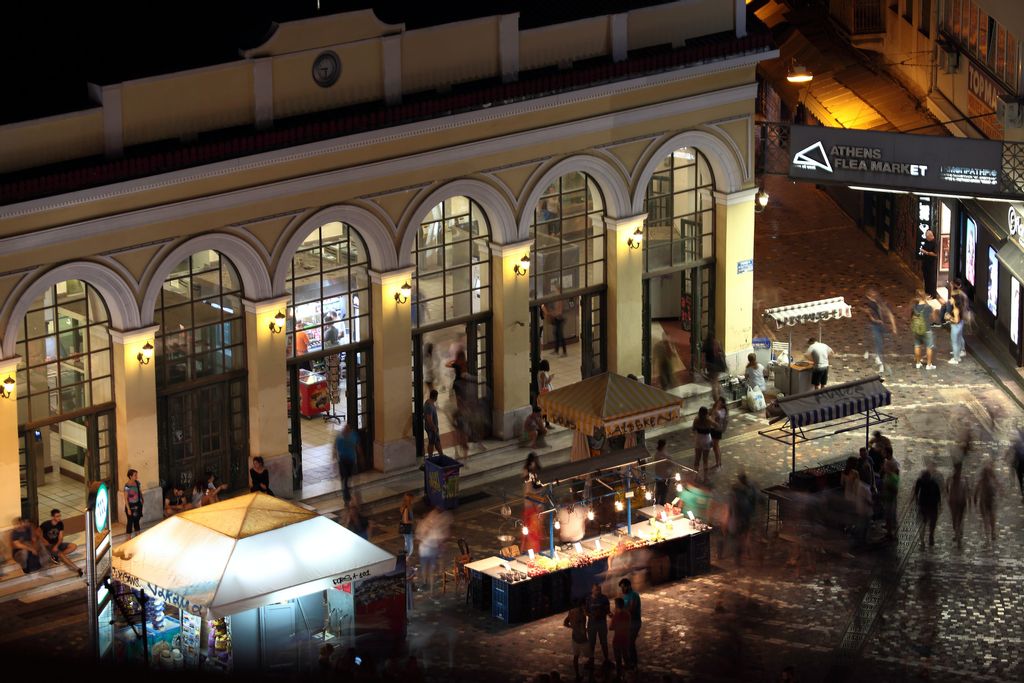 After a nice relaxing day at Anafiotika, you might crave a bit more action and color. Pass by the Monastiraki Flea Market and feel alive as you walk through colorful streets filled to the brim with little shops filled with curious knick knacks for sale. On Sundays, anyone who is anyone makes their way here to enjoy the atmosphere and shopping.

This flea market is a cultural melting pot, with people from Eastern Europe, Albania, and Turkey coming together to sell their wares. If you have a keen eye, you may be able to sort through the bric-a-brac and find some exceptional bargains. Of course, aside from hunting for fun trinkets, there too are thriving arrays of souvenir shops and specialty shops of replica Greek art, perfect as side table pieces or keepsakes. You can always ask one of our guides if you need particular shopping advice. 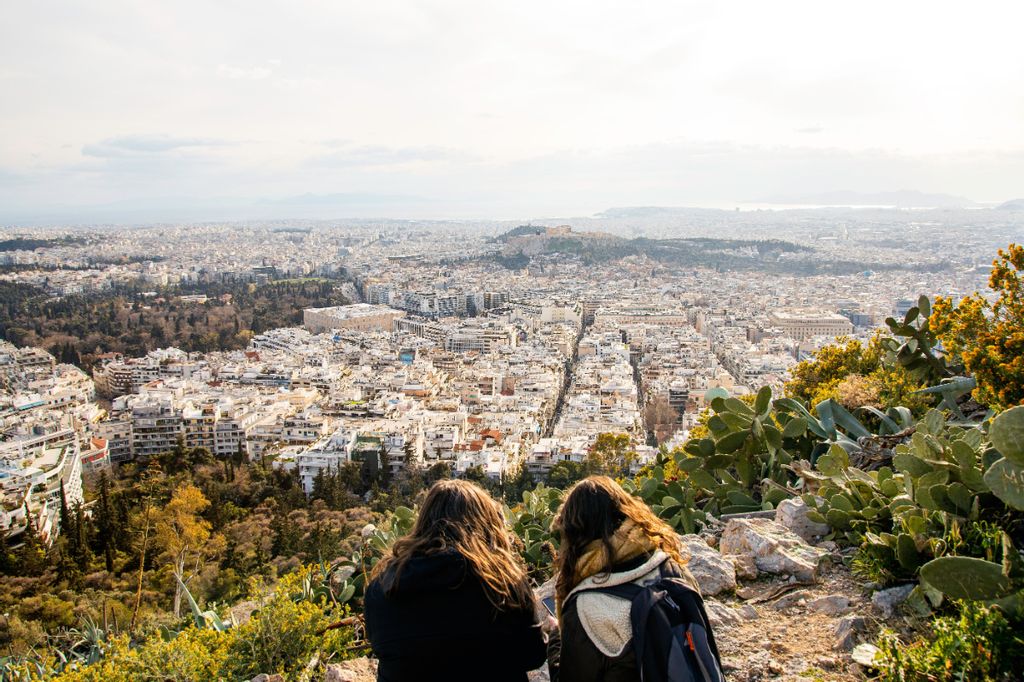 Many iconic buildings can be spotted from the top of the hill, such as the National Gardens, the Temple of Olympian Zeus, and the Acropolis. If you find yourself up there just before sunset, a memorable view will definitely be awaiting you!

Whether you only have a few days, or an entire week at hand, make sure to not miss out on these amazing Athenian attractions. If you’re feeling unsure or are craving a truly memorable experience, why not hire one of our local private guides to show you around the city? A plethora of tours are available, and you can even request your own customized experience!

Plan your trip to Athens