Occupying a large chunk of the British Isles, the United Kingdom of Great Britain and Northern Ireland comprises an exhaustive amount of history, architecture, and nature cheek to cheek with concrete jungles, urban luxury, and cosmopolitan views. With four constituent countries - namely England, Scotland, Wales, and Northern Ireland, there is an exceptional amount of experiences to be had, popular destinations to trek, and sightseeing spots to photograph.

When in the UK, be sure to visit some of these travel recommendations handpicked by our expert guides. Better yet, for a trouble-free holiday, check out our customizable tours for a magical experience catered uniquely to you.

Edinburgh: The hilly capital of Scotland 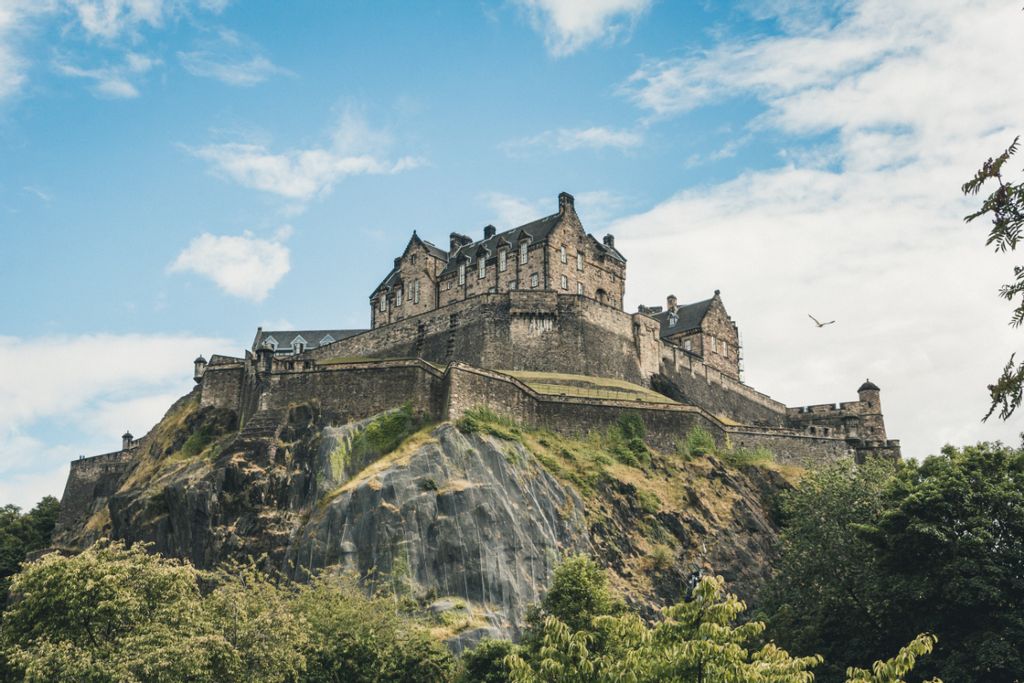 Don’t be fooled by the charming cobblestoned streets of Edinburgh, for this capital city enjoys an eventful and checkered past and a dynamic, fun present. Whether you’re in it for the history, the booze, or the nature, Edinburgh satisfies any and all wanderlust. Nestled on top of Castle Rock and standing on the forefront of the Royal Mile, Edinburgh Castle is pretty hard to miss. Once serving as a residence to Scottish monarchs, the Castle now holds some of the most precious heirlooms from Scottish history.

At the tail end of the Royal Mile, you will find the remains of an extinct volcano called “Arthur’s Seat”. Legend has it that the volcano was named after King Arthur, although no records show any traditional Scottish Gaelic name for the volcano. Seemingly an ordinary hilly area, Arthur’s Seat has enjoyed many mentions in history and literature, such as in the legend of Camelot. A quick trek here will definitely be a nice recess from all the city highlights.

Following your quest back to bygone days, make your trip even more authentic by savoring Scotland’s hearty cuisine. While doing so, you can easily brush up on some colloquialisms! Start off with a bit of stovies, or potato and onion salad, as an appetizer. Be mindful to make space for the smoked kipper as well as the neeps and tatties (mashed swede and potatoes), some filling mains fit for kings. Top everything off with the traditional Scottish dessert of whipped cream, whiskey, and berries - cranachan. Finally, for scotch drinkers, there is no better place to have a glass than in the very country it was made. Experience a taste of Scotland by going on an unmatched whisky tour. Scotland will make sure you never leave the country with an empty stomach! 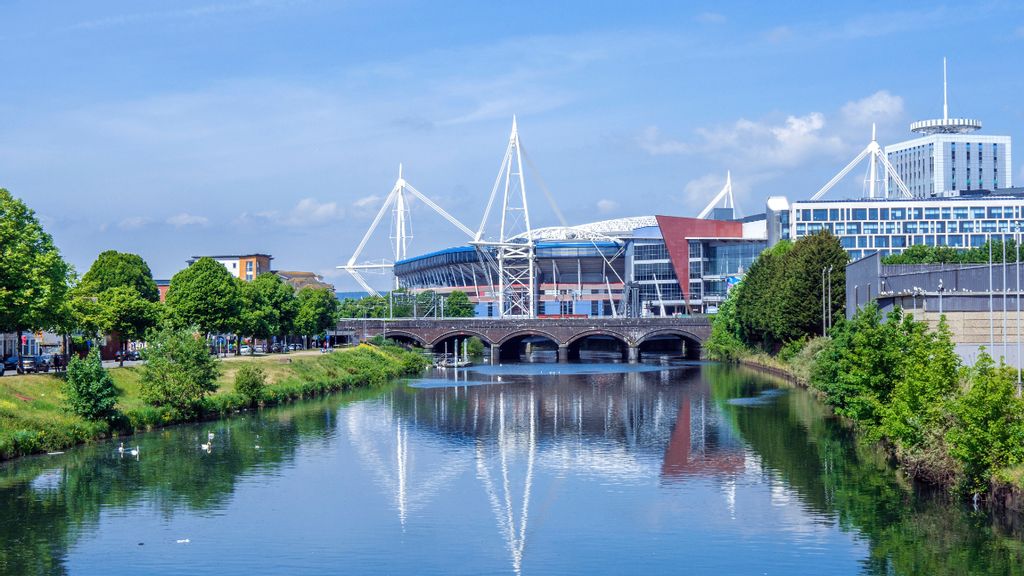 Culture pervades the Welsh capital city of Cardiff, making this vibrant city a worthwhile sightseeing spot. From delicious gastronomic feasts to historical journeys and amazing activities by and on the water, this friendly burgh has something for everyone. Guided tours with GoWithGuide can provide you with the ultimate Cardiff adventure, making sure you don’t miss out on the city’s highlights while still making time to do some unique and off-the-beaten-track exploring.

If it’s your first time visiting the area, then a trip to the Firing Line is a must. This museum pays homage to the Welsh soldier throughout the country’s colorful history. Aside from the various remnants of ancient times displayed in the museum, they also offer dressing-up activities for you to totally immerse yourself in Welsh culture. Even better than reading a textbook, we’d say.

For the sports enthusiast, Cardiff should be the cardinal place in your UK itinerary, especially since the Millenium Stadium (or Principality Stadium), hosts some of the biggest sporting events in the country, or dare we say - the world. Nothing beats booking a ticket to a rugby match and witnessing the action live. You are sure to leave Cardiff with a souvenir team scarf and a smile on your face. 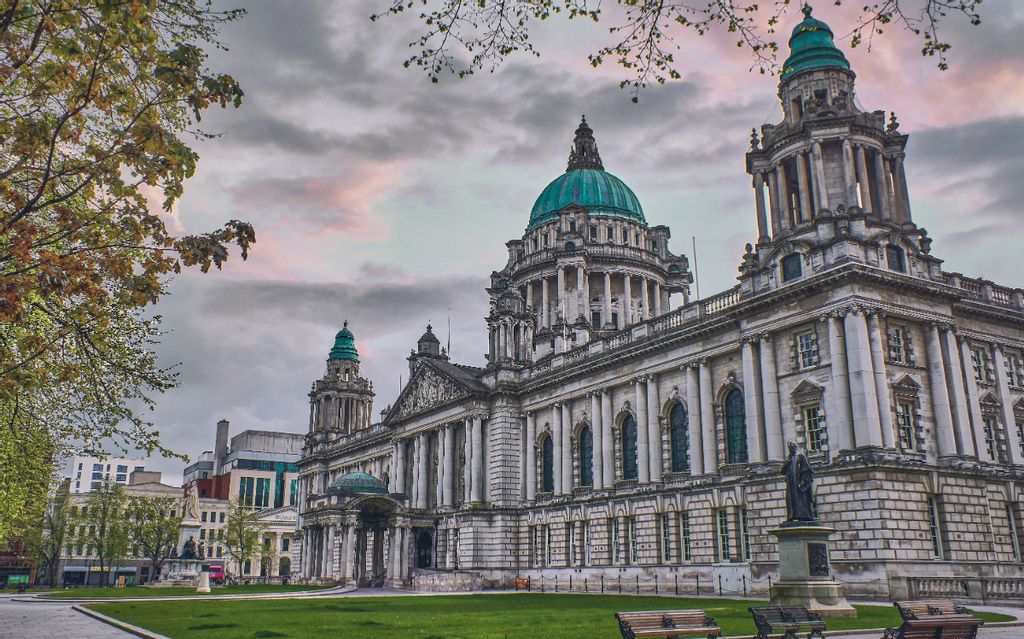 This slice of Northern Ireland has much to offer, including various bewitching sceneries and a bustling port. Enjoy a night of entertainment at the Belfast Waterfront, where some world-class acts, from comedy to sports to opera take center stage. The building also makes for a stunning vista, with its modern architecture set on the backdrop of the River Lagan.

The city center is also dotted with amazing street art by various artists. The mural messages vary from political to thought-provoking, and the area has gained world renown thanks to the likes of Banksy. As there are various pieces you can ponder over, we suggest hiring a guide to show you the best and most interesting street art.

Following your eclectic cruise through Belfast’s streets, pay a visit to the Belfast City Hall dominating the cityscape. In 1906, it was decided to build a structure symbolizing the inception of Belfast as its own city. Inside, the exquisite marble, beautiful paintings, and stained glass windows show just how much effort and finances were put into constructing the building. On its grounds you will find the Titanic Memorial Garden - paying tribute to the Belfast heroes who lost their lives while attempting to save people from the doomed ship. The City Hall continues to commemorate various events in history, even building different colored lights through the Illuminate Project to show solidarity for different causes.

Finally, cap off your trip with a pint of gin in one of the various watering holes. Pair your drink with amazing pub food, and you’re set for the night!

Hampshire: The capital of the Belgae 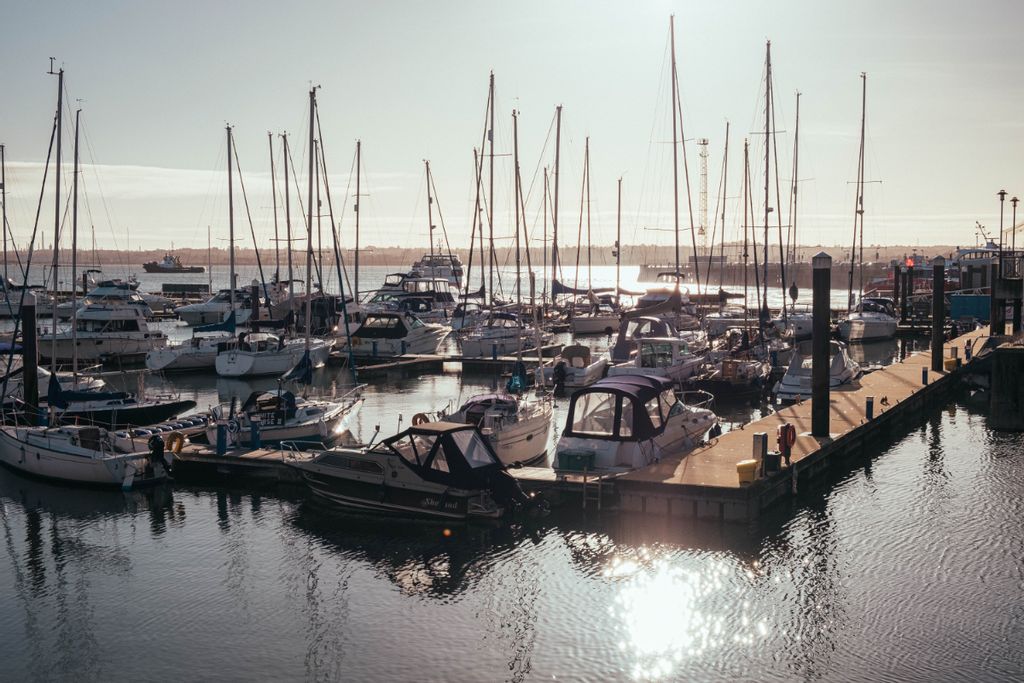 About two hours away from London, you will be met by the buzz of nature and the richness of history in the county of Hampshire. Hampshire possesses the beautiful city of Winchester and the port cities of Southampton and Portsmouth. Home to a number of prominent figures throughout history, including Jane Austen, Charles Dickens, and Florence Nightingale - Hampshire is perfect for the hopeless romantic and aspiring historian.

During the Norman conquest, the cathedral city of Winchester served as the capital of the Kingdom of Wessex and England. Today it hosts Winchester College, one of the oldest public schools in the country. Still, one of the most identifiable landmarks in the area would probably be the Statue of King Alfred the Great. With a commanding view of the city, this statue designed by Sir Hamo Thornycroft was made in time for the millennium anniversary of King Alfred’s death. Once you are satisfied marveling at this symbolic monument, head on over to the Great Hall, one of the few aisled halls of the 13th century still standing. It is here where King Arthur’s Round Table can be seen - the only, but definitely one of the most impressive, remaining artifacts left from Winchester Castle.

After spending a few days basking in the city’s classical history, you can make your way south to Southampton and Portsmouth. Both port cities have much to offer, like historic dockyards, mini cruises, and a ton of history. Do the areas ring any bells? It’s probably because the famous Titanic departed from the harbor of Southampton in 1912, never to dock again. In SeaCity Museum, you can learn more about how this terrifying incident shaped the city indefinitely. 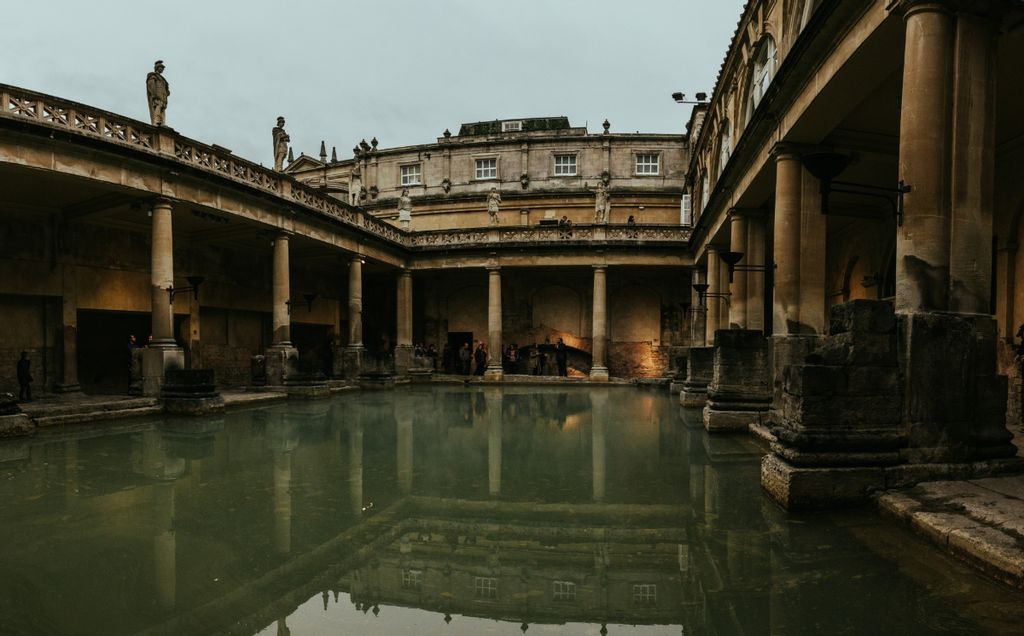 Traipsing through the United Kingdom can leave you quite knackered, and so it may be best to finish off your trip with a relaxing few days in Bath. The whole city is a UNESCO World Heritage site, with Georgian architecture punctuating the grand green spaces of this popular well-being hotspot. The city is named after the famous baths of the Roman period, some of which, including the Roman Baths, can still be visited to this day. This spa city has a Latin name too - Aquae Sulis, which translates to “the waters of Sulis”. With dozens of spas, canal tours, and green spaces to relax in, Bath is the go-to place for a well-being break.

Aside from the mineral springs and day spas, Bath also has a powerful literary heritage. Jane Austen once lived in the city, and Charles Dickens forever immortalized it in The Pickwick Papers. The city’s literary influence permeates into modern day events and activities, with literary festivals for every bibliophile to enjoy.

With all the reading and spa rejuvenation, sustenance is the next objective, and Bath has the most elegant place for a delicious meal. Head on over to the Pump Room for amazing lunches and afternoon tea sets. The restaurant has served the richest and the brightest of patrons, and is considered the social heart of Bath. You’re sure to enjoy this quintessential British experience.

The United Kingdom has a bountiful number of activities, sights, and experiences for every traveler. Indeed, this article is just a dip into the large reservoir of what the UK has to offer. Our local guides can help you decide exactly where you should go depending on your preferences. We can also help you plan out your trip for the most amazing UK escapade.