Paris, the infamous “city of love” has always been among the top travel destinations in the world. Its rich history and legacy makes it one of the most well-known cities in the world, but we’re sure we don’t have to tell you that.

In this article, we’ll take a look at our pick of the top 5 traditional Parisian attractions, all of which can be visited alongside GoWithGuide’s private guides - both as existing tour packages or customized private guided tours.

Largely regarded as the most famous art museum in the world, the Louvre is an absolute must-see for anyone visiting Paris. 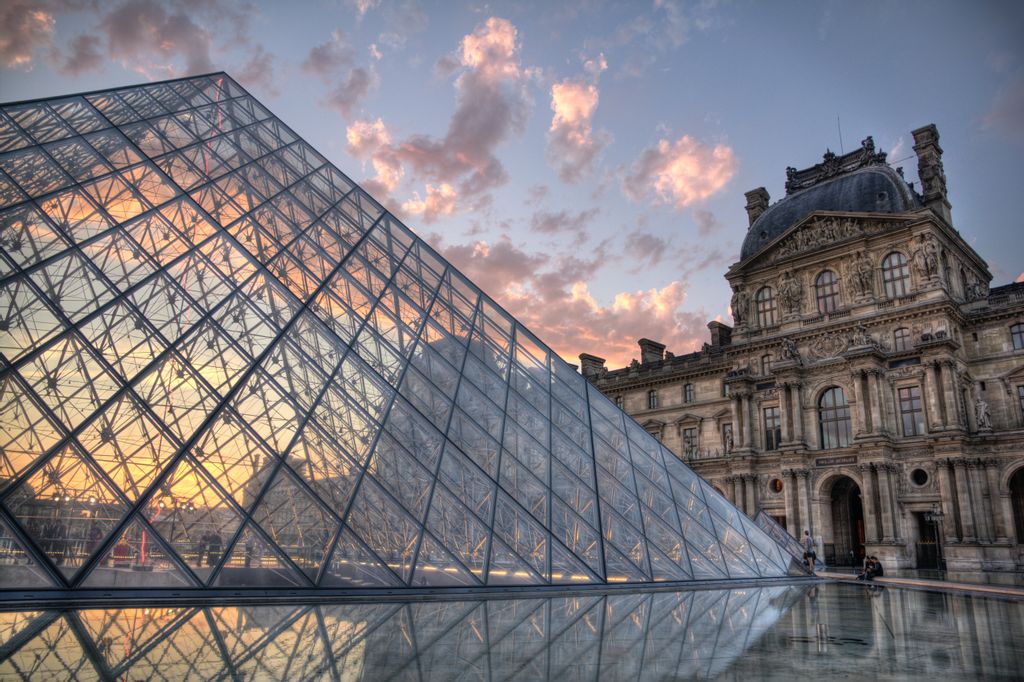 While the building in its current state is well known for its modernist architecture, it originally served as a royal palace for over two centuries before being turned into a museum. With works from the likes of Michelangelo, Leonardo da Vinci, and Géricault (just to name a few), even the most casual art lover will find something they treasure amongst the museum’s massive collection. Also on display are artworks from the ancient world, including Greek, Roman, and even ancient Egyptian artifacts dating from the cradle of human civilization.

Guided tours of the Louvre of course are a dime a dozen, but with GoWithGuide you and your companions can enjoy a guided and customized private tour of the famous museum. Whether you are an Arts Major looking to brush up on your history, or simply looking for a quiet tour through the halls of artistry, we’ve got you covered. 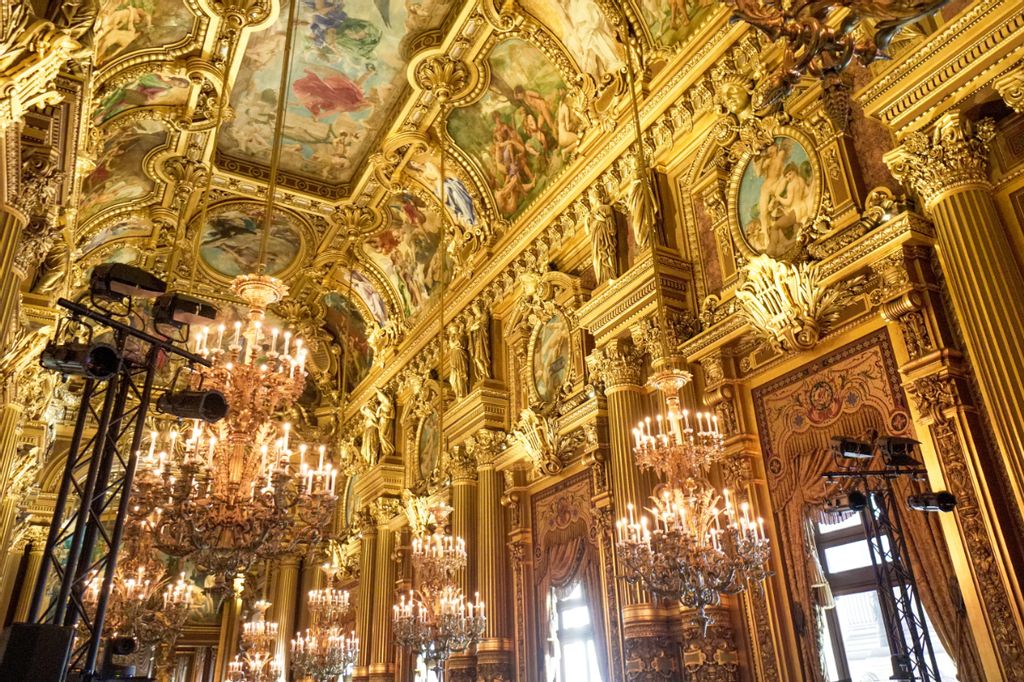 Another of the obvious pulls of Paris is the city’s famous architecture and its history as a storied cultural centre. Among these landmarks is the Palais Garnier Opera House, considered by many to represent a true architectural masterpiece.

Guests can enjoy a leisurely stroll down the Avenue de l'Opéra, enjoying the impressive architecture and taking in the area’s unique atmosphere. Inside, the building boasts several world famous locations, including the breathtaking grand staircase, the immaculate and shining grand foyer with its high ceiling and glittering decorations, and of course the auditorium itself. Capable of seating almost 2,000 people, its stage is the largest in Europe and today plays host to some of the best known ballot performers in the world.

Apart from sporting its own collection of famous artworks throughout history, the opera house is also home to a restaurant called L'Opéra, and here guests can enjoy an amazing meal at the end of their journey through musical history. 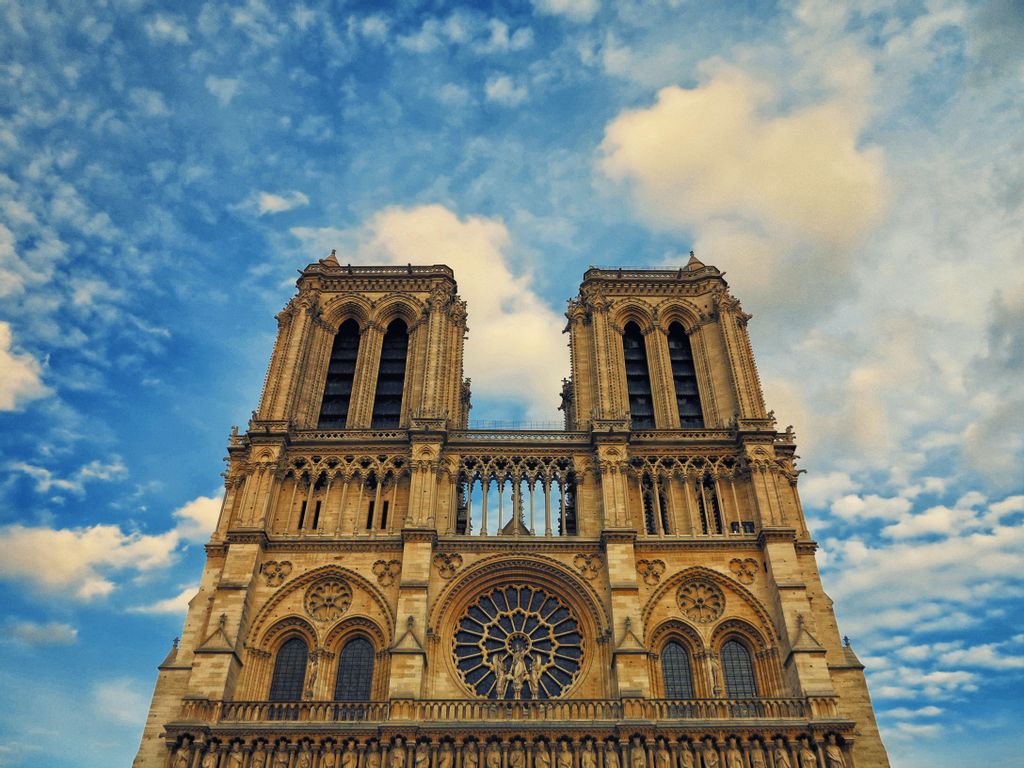 Notre-Dame is perhaps the most famous example of Gothic architecture anywhere. While the building is still undergoing renovation and reconstruction due to the 2019 fire which ravaged it, guests can still view its iconic architecture from the outside, and is unlikely to lose its place as one of Paris’s most famous landmarks.

Notre-Dame, which can be literally translated as “Our Lady of Paris”, is situated at the eastern end of the Île de la Cité. Construction started almost a thousand years ago back in 1163, and required over a hundred years to complete. This easily places it amongst the oldest still standing buildings in the city, but even prior to this the site was home to two earlier churches, and even before this it hosted a Roman temple dedicated to the God Jupiter.

After admiring the myriad of statues, towers, and other architectural decorations that make up the basilica, guests can enjoy authentic Parisian shopping, cafes, and restaurants in the vicinity as well. There are few national avenues  steeped in as much history as the Champs-Élysées, and its crowning glory, the Arc de Triomphe. Designed by Jean Chalgrin in 1806, the arch stands 50 metres high with a width of 45 metres - something which may sound small compared to modern skyscrapers, but ranks as among the world’s largest arches.

Constructed to honour the men and women who laid down their lives during the course of the French Revolution and Napoleonic Wars, it also plays host to the world famous Tomb of the Unknown Soldier - which honours the fallen from World War I.

Making your way down the iconic avenue, enjoying a leisurely stroll through the many shops, and stopping for a relaxing coffee at one of the many cafes is a mainstay of most people’s trip to Paris. 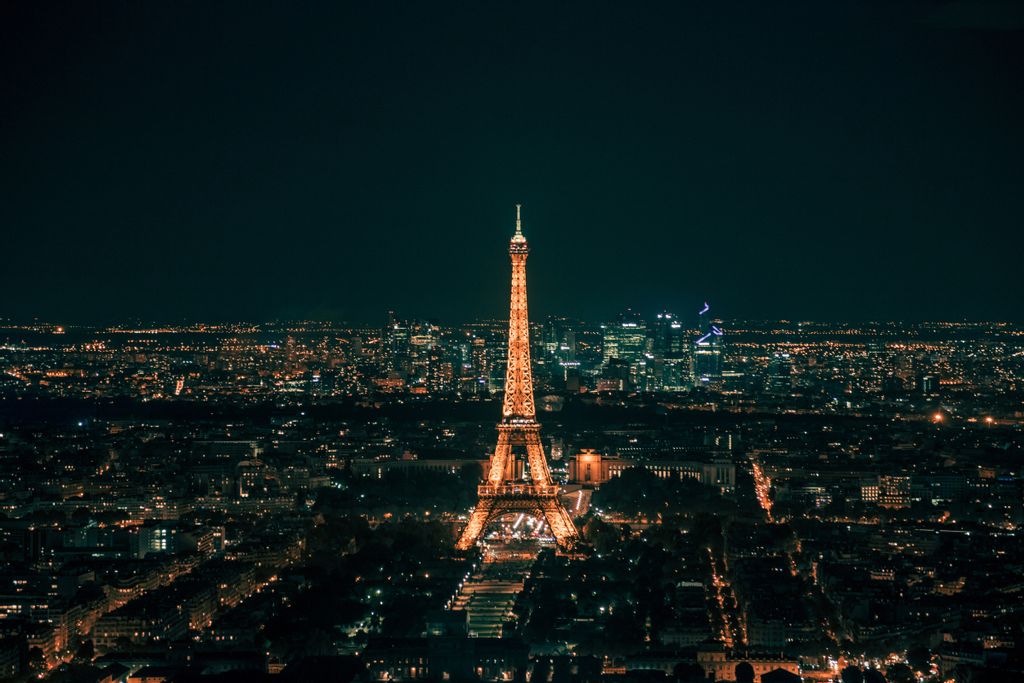 And of course, we end our tour by visiting Paris’s most famous landmark, the one and only Eiffel Tower. This metal megastructure is seen as one of the most famous symbols of France, and makes for an amazing travel experience, whether you’re simply admiring it from the outside or (as we suggest), taking a climb to the top to take in the breathtaking views of the city.

Named after its designer, Gustave Eiffel, the tower is locally known as the “Iron Lady” and was completed to form the centerpiece of the 1889 World’s Fair. Standing at a staggering 330 metres tall, it held the record as the tallest man-made structure in the world for 41 years, and to this day it stands as the tallest building in all of Paris.

The journey to the top of the tower itself is a wonderful experience. Stairs can be taken up to the first or second floor for those looking for a bit of a workout, though at a total of 674 steps, it can take around 30 minutes to complete the climb (depending on your fitness level of course). For those in the market for a more leisurely climb, lifts are also available which can take you from the bottom all the way to the top, or you can do the initial climb on foot and take the lift the rest of the way. Once the summit is reached guests can enjoy splendid views of the sprawling city below.

That concludes our pick of the top 5 must-see attractions in Paris. Of course the city of lights has much more on offer however! The great thing about GoWithGuide is that you can set up a tour package that suits your needs! Do you want to tour the culinary attractions instead? How about taking a gander down some of the less visited areas of the city? Or perhaps just a relaxing shopping trip? Our guides are available to show you the wonders of Paris at your own pace!

Make a reservation with one of our curated guides today!