Your in-depth guide to the Louvre Museum

In this article we will provide an in-depth rundown of the museum, so if you’re planning a trip in the near or distant future, this article (alongside our private guides) will help you plan your visit in detail so you won’t have to worry about missing out on anything. 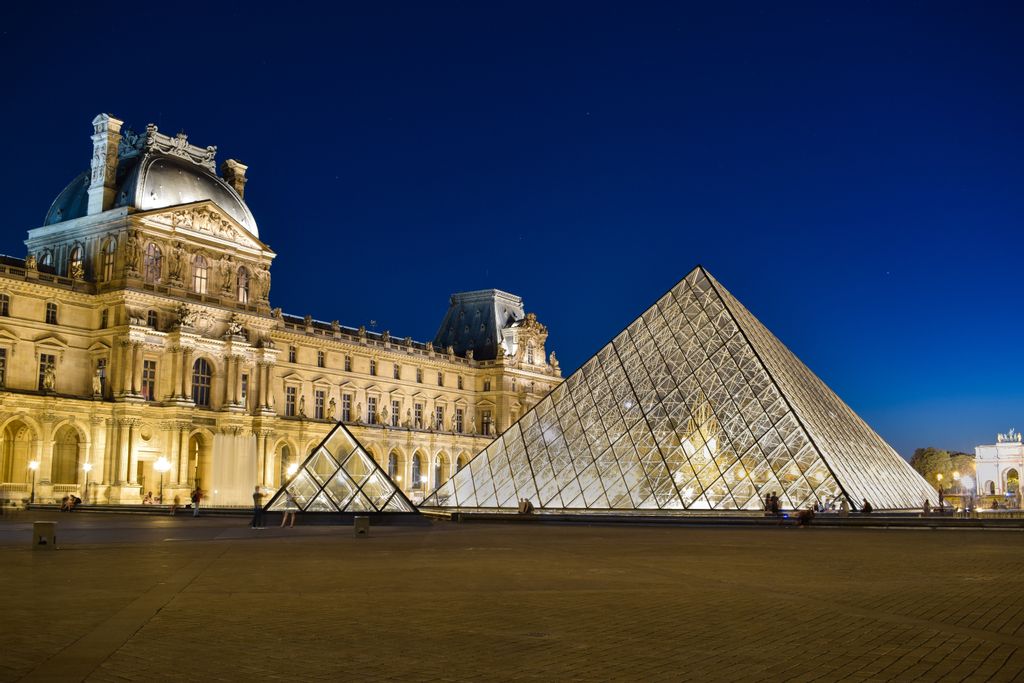 While the Louvre museum is famous for its iconic modern pyramid that serves as its main entrance, it is actually part of the much older Louvre Palace. Completed in the 13th century under Phillip II, the original structure served as a medieval fortress to protect the city from attack, and parts of this ancient lineage can still be viewed in the basement of the museum. During the 16th century the fortress was converted into a palace to serve as the primary residence of French monarchs - the Louvre Palace.

Some confusion may arise here, since the Palace of Versailles is commonly known as the primary residence of the French kings - but this switch only occurred under Louis XIV in 1682, when he decided to move his household outside the city. From this point onward the Louvre Palace was used mainly to display the family’s royal collection, as well as other ancient artworks. This is where the building’s roots as an art museum truly started. During the French Revolution, it was decided that the Louvre would henceforth be used to house the nation’s various artworks for all to enjoy (including the massive amount of art confiscated from the nobility).

From then on the museum has weathered many stormy years and shaky governments, temporarily being named after Napoleon, and serving as a treasure trove for artifacts plundered by his armies. Over the centuries the museum has steadily continued growing its collection, with an estimated 380,000 objects in its collection today (though not all are displayed simultaneously). The building has survived Communard uprisings, devastating fires, and even Nazi occupation - but luckily for all it managed to survive these tribulations and continues to provide an unparalleled window into art history to this day.

Important info before you visit 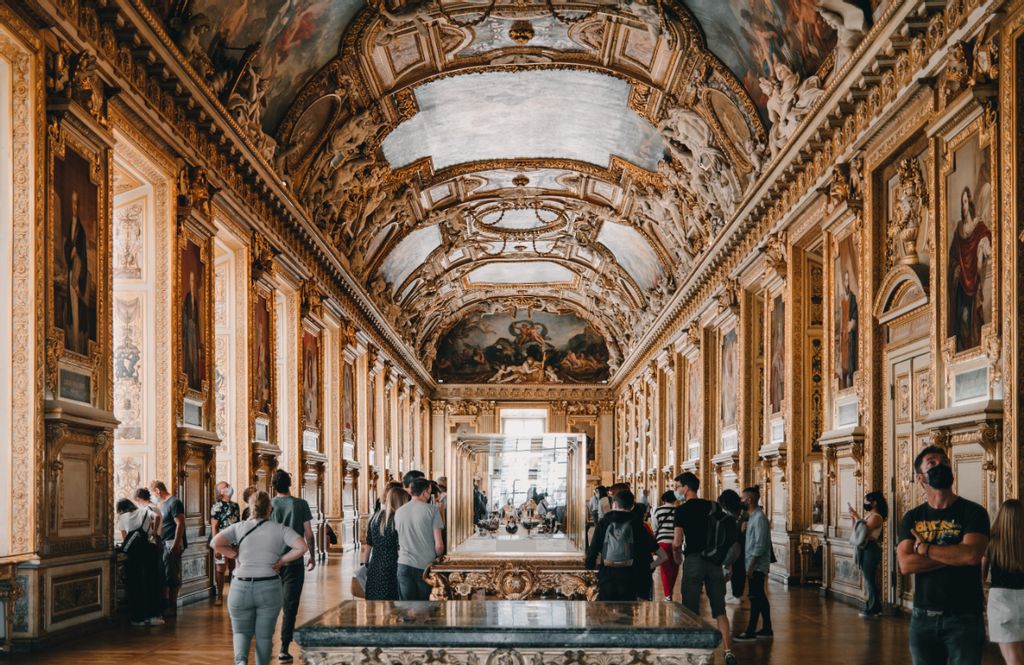 Since the Louvre museum houses such a large collection and sees so many visitors on a daily basis, it’s a good idea to plan your trip ahead of time. The first thing to note is that the museum is closed on Tuesdays, so please take that into consideration. On all other days of the week, it opens at 09:00 AM and closes at 18:00 PM. Last entry is one hour before closing time, and guests will be asked to vacate exhibition rooms 30 minutes prior to closure.

The Louvre is also closed on New Year’s Day, Christmas Day, and May 1st - though it remains open during other public holidays (unless they fall on a Tuesday). Since the museum hosts thousands of visitors daily, guests also need to book a time slot for the exhibitions they wish to visit beforehand. This can be done at the museum itself, but we would recommend an online booking as you never know how busy it will be on the day in question.

Tickets cost between €15 - €17 per person, and includes access to the Louvre as well as the Musée Eugène-Delacroix, an art museum dedicated to the painter Eugène Delacroix located nearby (about a 10 min walk). Group reservations are also possible, and visitors can additionally purchase an audio guide or guided tour alongside their ticket. Several of our private guides also offer in-depth Louvre tours, many being art scholars themselves!

Free entry days are also held from time to time - so make sure to check the website just in case. Additionally, entry is free if you are under 18 years old (official ID proof required), or under 26 years old for residents of the European Economic Area. Disabled visitors and the person accompanying them also enjoy free entry, as do individuals on income support, job seekers, art teachers, and members of various artists associations (please check the official Louvre website for a full list).

The museum is divided into eight curatorial departments - Egyptian Antiquities; Near Eastern Antiquities; Greek, Etruscan, and Roman Antiquities; Islamic Art; Sculpture; Decorative Arts; Paintings; Prints and Drawings. It’s important to decide which areas you wish to visit beforehand so you don’t miss out on your favorites.

The Louvre is also not only an art museum - the previously mentioned palace and gardens are home to a variety of additional sights as well. On the day of your visit you’ll undoubtedly be doing a good deal of walking, and when hunger inevitably strikes you’ll be happy to know that a large selection of restaurants, cafes, and takeout options are available (around 16 in total), ranging from bakeries to cafes and outdoor food stands dotted throughout the palace gardens. 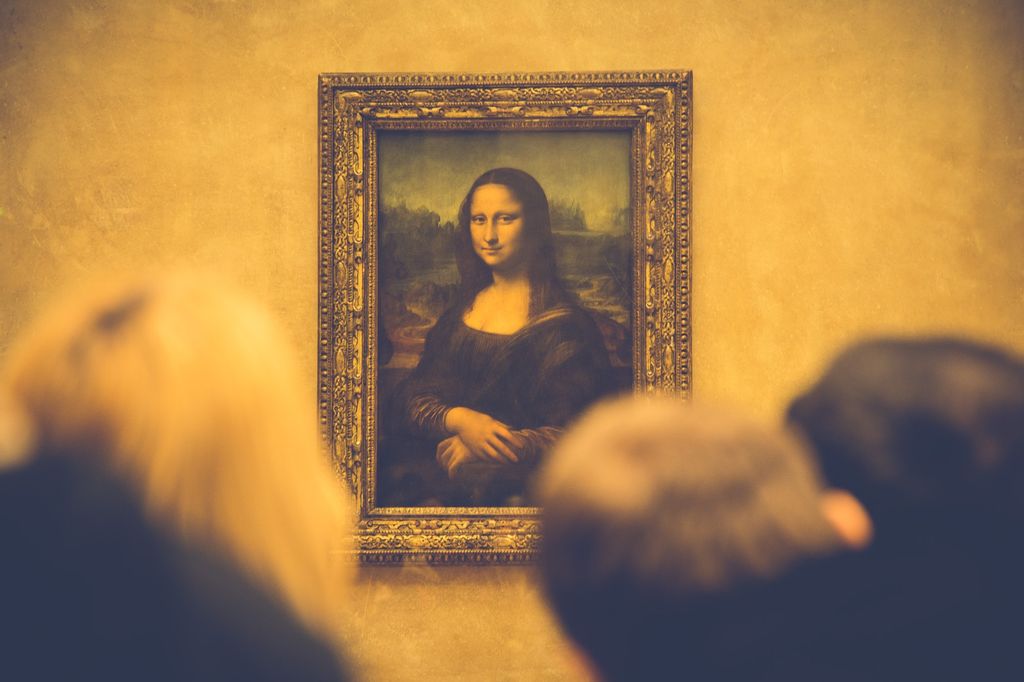 As already mentioned, the Louvre contains an astonishing collection of artwork, so it makes sense to create your own must-see list before visiting the museum. For art aficionados this won’t be hard, but if you’re having trouble we’ll give some recommendations as to a few of our favorites.

This beautifully detailed gold paneled chest served as the personal treasure stash of King Louis XIV. Created in 1675, its golden panels feature amazingly intricate decorations including roses, tulips, leaves, and several other flowers. The chest rests on feet in the shape of lion paws made of solid gold, with its side handles also decorated with intricate foliage. For years it was thought that the chest was used by the queen, Anne of Austria, to store her jewelry, but recently it was discovered to have been the personal jewelry box (or chest?) of Louis XIV himself. Truly an impressive piece of art.

The Hammurabi stele, better known simply as the Code of Hammurabi, is one of the most ancient artifacts housed in the museum. It is a 2.25 meter (over 7 foot) tall basalt stele which contains over 4,000 lines of ancient cuneiform text detailing the legal codes of ancient Babylon.

The top of the stele features a decorative sculpture showcasing the meeting of King Hammurabi with the god Shamash - standing as proof of the king’s sovereignty and legal power. Written in the Akkadian dialect, its text has been studied by scholars for centuries, and includes both poetic and legal text. It is from this artifact that the principle of “an eye for an eye” is thought to have originated from, and many of the laws show a respect for the legal system and fair treatment in general. While you won’t be able to read it yourself unless you’re a trained Assyriologist, witnessing such an important and ancient part of human history is a marvel in itself.

Without a doubt the most well-known artwork displayed in the museum, the Mona Lisa was created by Leonardo da Vinci sometime in the early 1500’s. Widely heralded as the most famous painting in the world, the subject in the portrait is Lisa Gherardini - also known by her nickname, Mona Lisa.

Something about the portrait caught the eye of both Leonardo’s contemporaries and art lovers around the world, with hundreds of copies being made as early as the 16th century. The painting’s notoriety was elevated further when it was stolen by Louvre glazier worker Vincenzo Peruggia in 1911. Its rediscovery two years later helped cement it as the Louvre’s central masterpiece, and the Mona Lisa’s enigmatic smile has been captivating the world ever since. 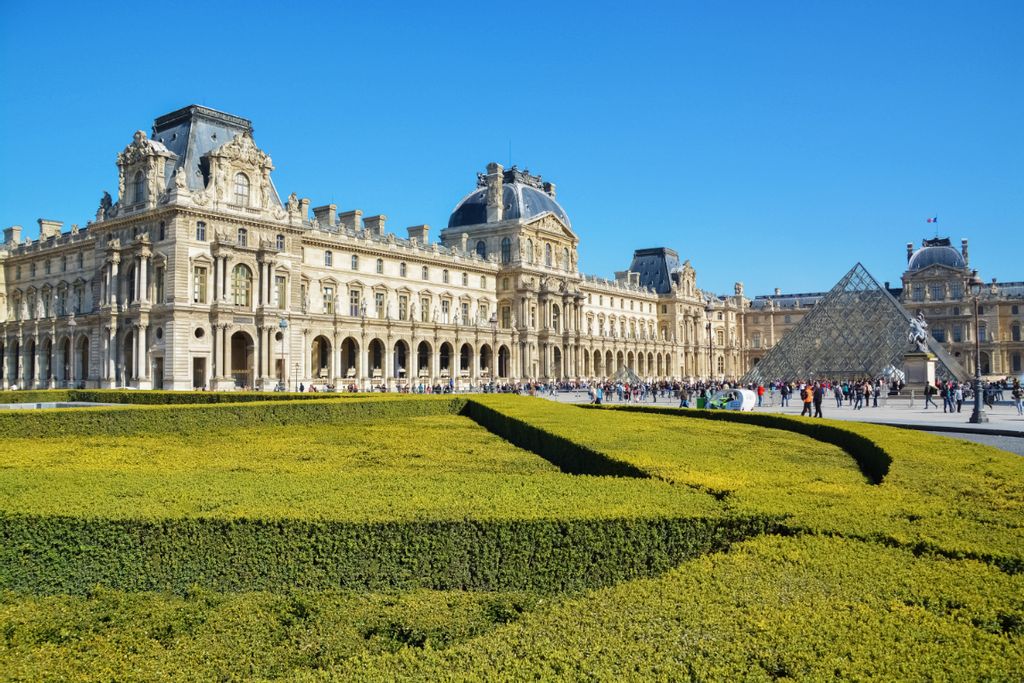 Visiting the Louvre has to be on every Parisian tourist’s bucket list, and can be one of the most culturally enriching experiences of one’s life. Strolling through the halls adorned with artworks spanning almost the entirety of human history is a very special experience, and one not easily found anywhere else.

If you’re planning a trip to the Louvre, consider contacting one of our private tour guides who can accompany you throughout the museum, explaining the richness of its history while helping you navigate its corridors with confidence.