8 Most Popular Foods in Venice

Italy is undoubtedly one of the top culinary destinations in the world. While the floating city of Venice attracts visitors with its unique landscape, historic buildings, and priceless works of art, the city is also a fabulous destination for foodies.

With how heavily influenced by tourism Venice has become, some visitors complain that it's nearly impossible to find authentic local food in the city. Not to worry! When you explore the city with our Venice private tour guides, you will be introduced to all the best local eateries. Here are our eight most popular foods to try out during your Venice tour. 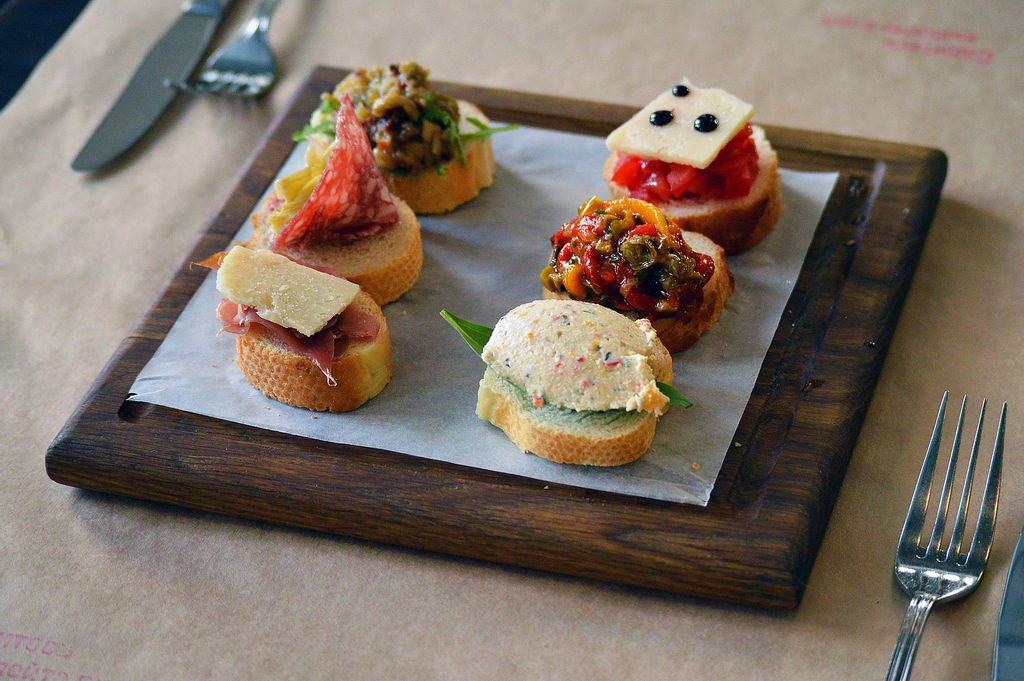 The easiest way to describe cicchetti is to compare it to Spanish tapas (though this analogy is not appreciated by the locals). Similar to its Spanish counterpart, cicchetti refers to a whole range of mouthwatering finger foods. Interestingly, the dish is unique to the City of Canals, so you really should take the opportunity to try it out while you are in Venice! There is a whole range of cicchetti to explore, from little open-face sandwiches to  deep-fried delicacies known as polpette. As ever in Venice, cicchetti usually features seafood in some form or another, usually either squid or octopus. At their most authentic, cicchetti are enjoyed with drinks before dinner, though they also make for a good light meal. You can find some versions of cicchetti served at most Venetian restaurants. 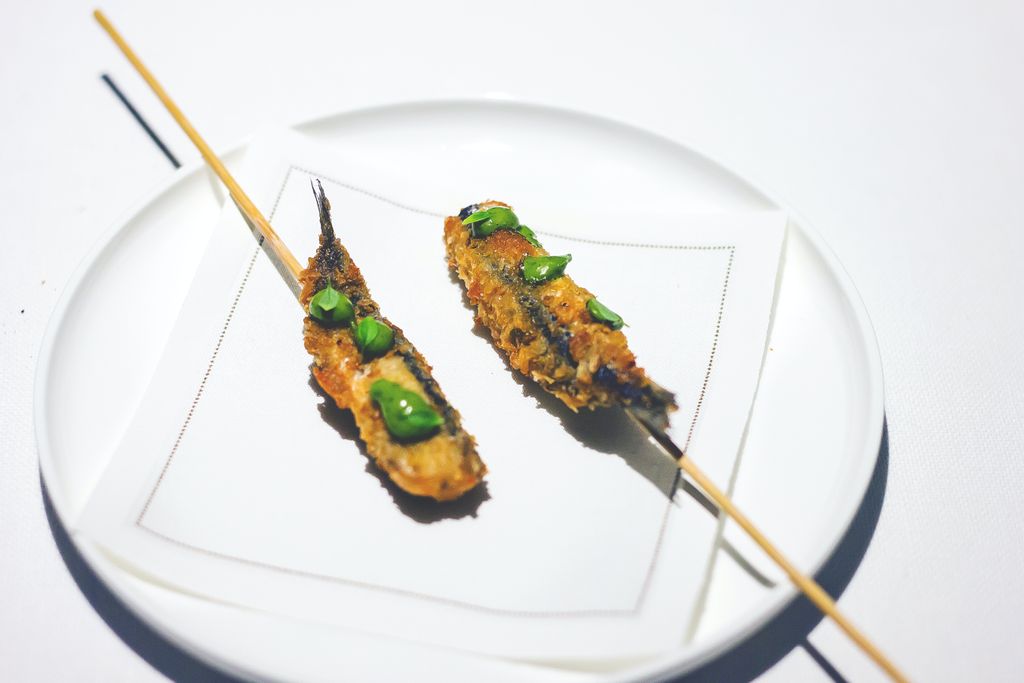 Sarde in saor is one of the most quintessentially Venetian dishes out there. As a coastal city, many Venetian foods feature seafood, and sarde di saor is no exception. Typically served as an appetizer (or antipasto in Italian), sarde in saor features deep fried sardines that are marinated in a unique mix of onions and vinegar. The acidic flavor of the marinade is sweetened with raisins and pine nuts which are sprinkled on top of the dish. Several restaurants claim to serve the best sarde in saor in Venice, with the perpetually packed Osteria Ca d'oro Alla Vedova being one of the most highly praised options. 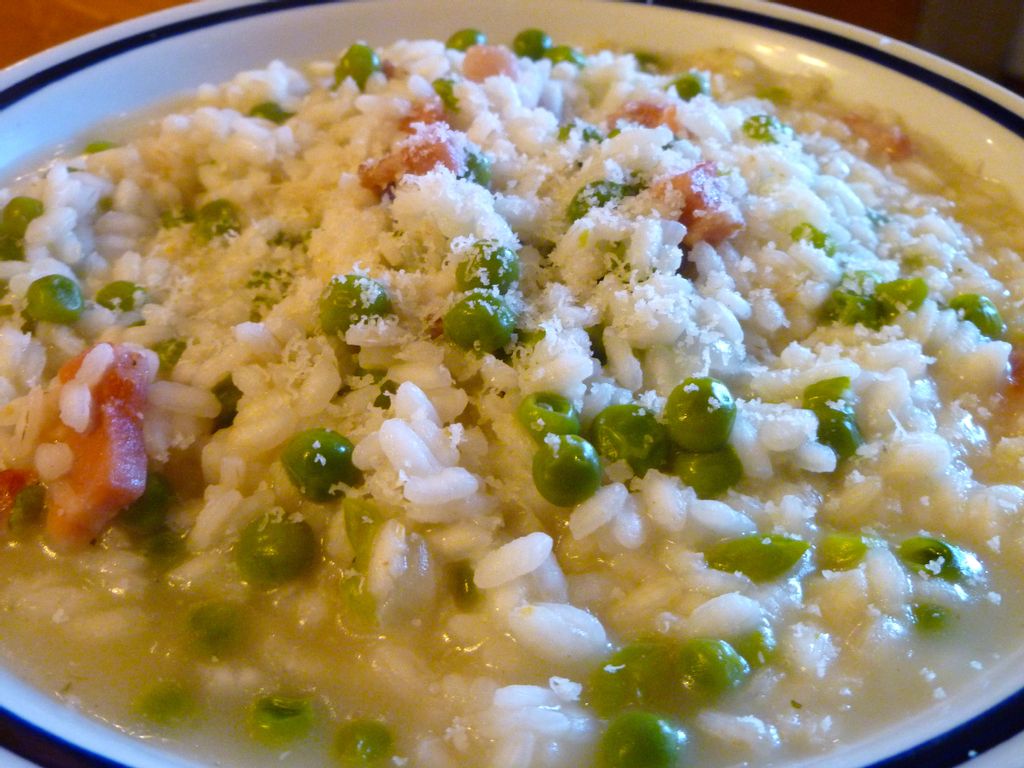 Risi e bisi is a simple main dish that features just two main ingredients - rice and peas. While this might not be the most ambitious offering you'll encounter in Venice, the dish has earned its place in the local culinary canon. Perhaps surprisingly, the Veneto region is one of the most prominent rice growing regions in the country. It only follows then that rice is prominently featured in the local cuisine, risi e bisi included. The dish is a type of risotto with a creamy texture and simple flavors that make it a real comfort food. Traditionally, risi e bisi was served on St. Mark’s Day (which falls on April 25th) but it is now commonly served throughout the year. 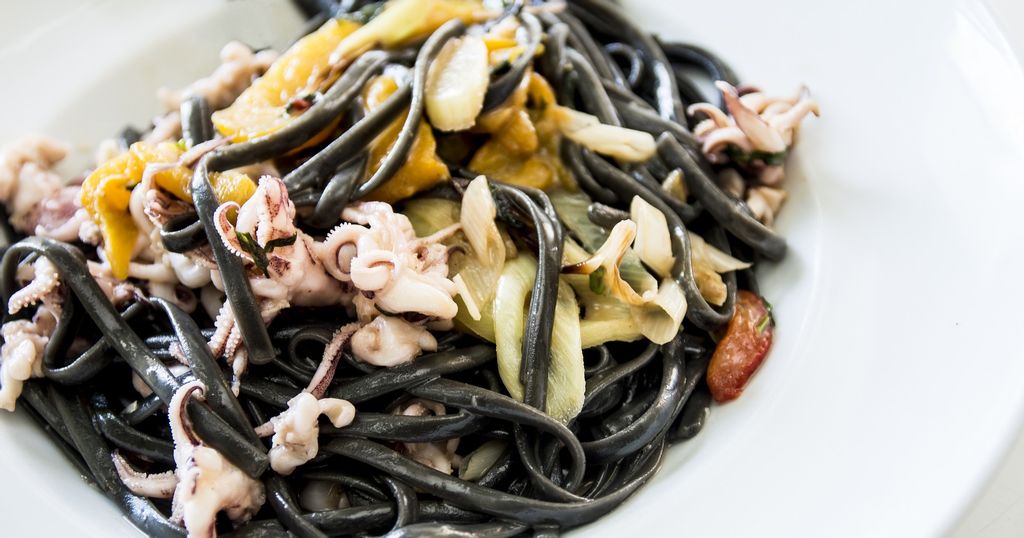 One of the most unique ingredients used locally in Venice has to be nero di seppia, or cuttlefish ink. Similar to squid, cuttlefish are known for the ink-like liquid that the creatures secrete. In spaghetti al nero di seppia, strands of spaghetti and pieces of cuttlefish are served in sauce made from this ink. This gives the dish a unique and perhaps strange looking black hue, but trust us, the taste remains great! Spaghetti al nero di seppia is served in restaurants throughout the city, especially those specializing in seafood. Rio Novo Venice and Osteria Sora al Ponte are popular establishments where you can sample this unique dish. 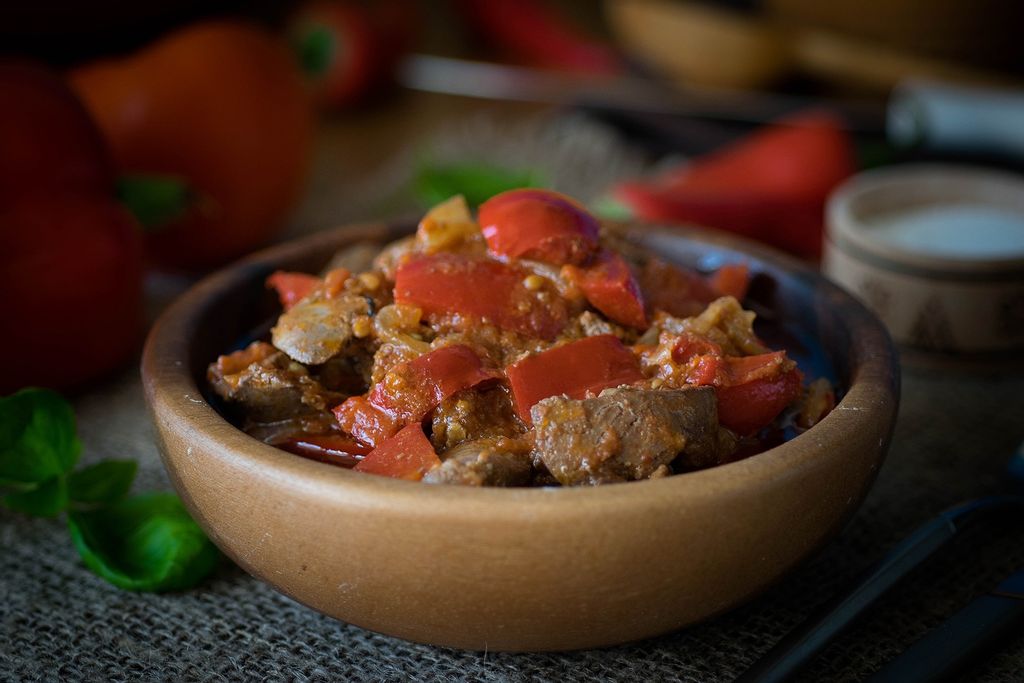 Fegato alla Veneziana means ‘liver, the Venetian way’. The dish is made with calf liver that is thinly sliced and cooked with onion and parsley. It is something of an acquired taste as not everyone enjoys the taste of liver, but enjoyed with a glass of fine local wine this hearty Venetian dish might just surprise you. 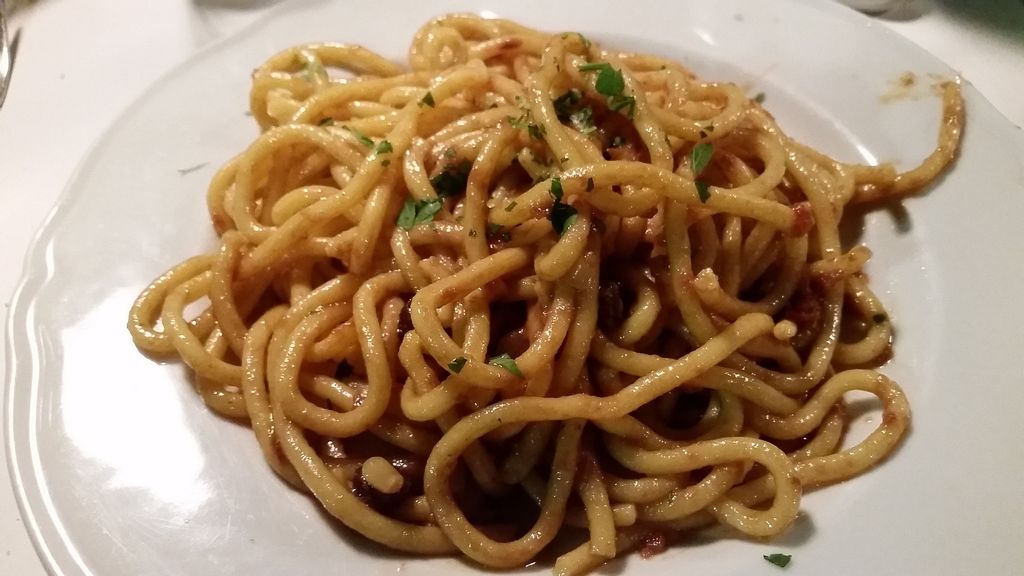 Bigoli is a type of pasta where the strands are longer and thicker than those of classic spaghetti. It is commonly served in the Veneto area and it's one of the main ingredients in this traditional Venetian dish. Bigoli in salsa has a long history behind it. The dish was originally favored by the poor as it featured simple ingredients that were readily available in the area: sardines and onions. A sauce is made using these humble ingredients, with the thick strands of pasta absorbing much of the sauce to delicious results. Though bigoli in salsa comes from humble beginnings, it is now served in highly-rated restaurants in Venice, including the incredibly scenic Osteria Bancogir which overlooks the Grand Canal right next to the historic Rialto Bridge. 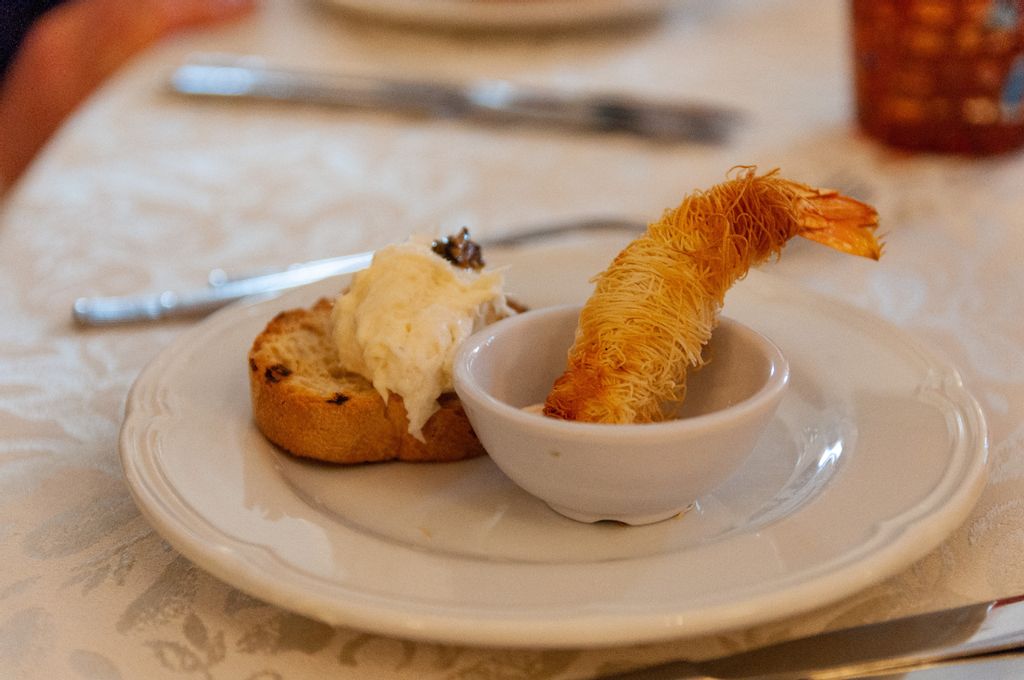 Baccalà mantecato is another Venetian dish that draws on seafood. This is essentially a mousse made from dried Atlantic cod, lemon, salt, and pepper. The creamy paste is typically served on toasted bread. Baccalà mantecato has a quirky story behind it. While it is now considered a quintessentially Venetian dish, the delicacy actually hails from the chilly Nordics. It is said that the dish was brought to Venice by local sailors who were introduced to dried cod while being shipwrecked on a Norwegian island in the 1400s. Ever since, cod has been a prominent ingredient in the local cuisine in Venice. Pay a visit to Bacareto da Lele to try out some of the best baccalà mantecato paired with a great glass of wine. 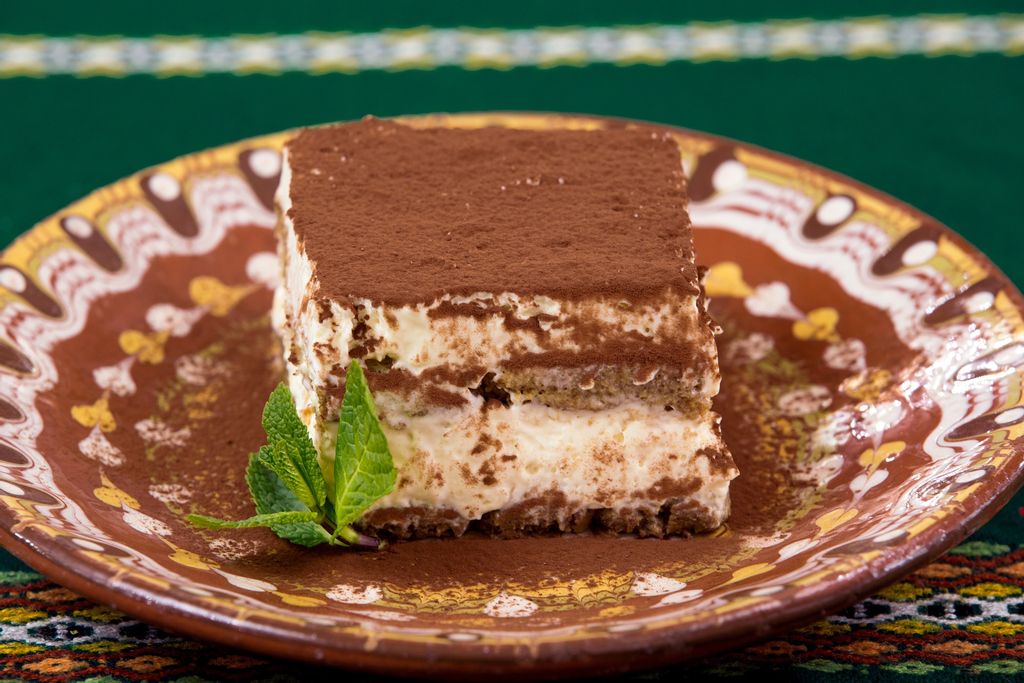 Tiramisu is undoubtedly the most famous Italian dessert in existence. Legend has it that this divine treat originated in the city of Treviso, located about 30 kilometers from Venice. While tiramisu was supposedly created as an aphrodisiac, it is now simply enjoyed as a decadent dessert. A classic tiramisu features biscuits soaked in espresso (sometimes rum or amaretto is used instead), followed by a mixture of mascarpone cheese, egg yolks, and sugar. The dreamy concoction is then dusted off with coco powder. Bellissima!

Though many restaurants in Venice are now geared toward international visitors, the city also boasts a rich culinary tradition that goes back centuries. The best way to sample true local  flavors is to enjoy a Venice private tour with one of our local Italian tour guides.

Plan your trip to Venice