The Hellenic Republic sits high on most people’s bucket lists, and it is not difficult to understand why. Greece is perched comfortably on the southern tip of the Balkan peninsula , making it a great junction if you want to visit other areas in Asia, Europe, and even Africa. Because of its convenient location, the country is rich in historical heritage, deep-seated culture, and beautiful scenery.

With plenty of activities awaiting you in the cradle of Western civilization, it can become slightly stressful to plan out your trip. Whether it’s lounging on the beach, delighting in the country’s long history, or devouring its delectable dishes, we’ve created a list of some of the most amazing destinations around Greece for every type of traveler. 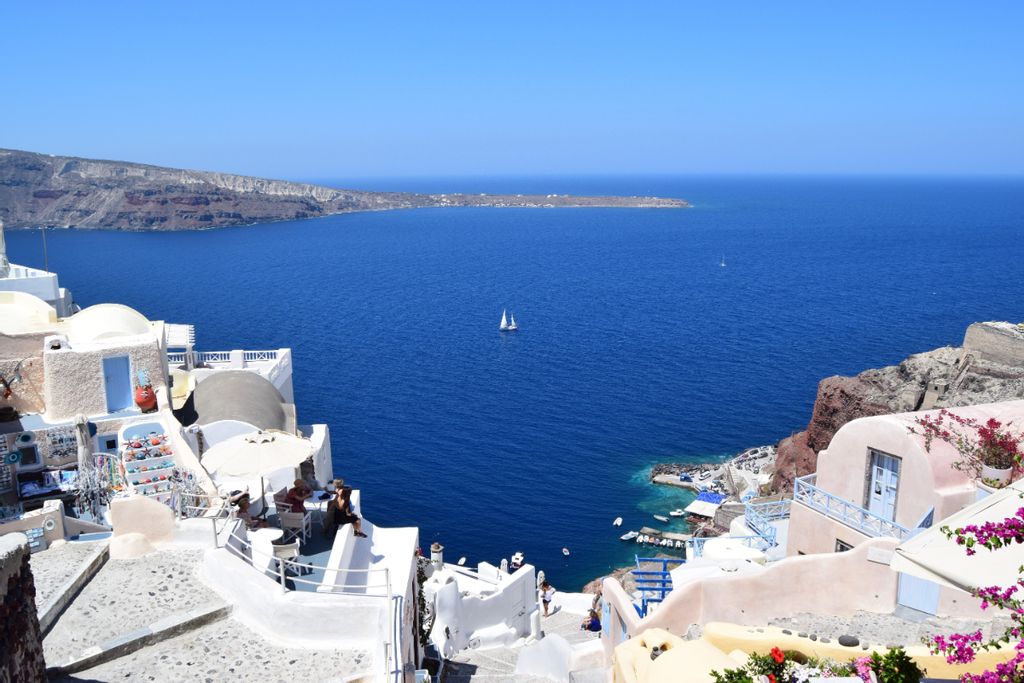 Santorini is the choice island for avid sea-goers and beach enthusiasts. Graced with towering cliffs and whitewashed buildings, this Cyclades island dazzles even the most jaded of tourists. Find yourself walking on a caldera in the capital of Fira, vibrant and vivacious with more than enough sights, entertainment, and restaurants to keep you happily occupied for days on end. As you enjoy your day, don’t forget to look up to see the spectacular view of the island. You have a volcanic eruption in 16 BC to thank for it!

As you make your way to the south of the island, you will be able to see some unique and truly spectacular sights in the guise of Santorini’s Red Beach. The beach and sand owe their color to various volcanic eruptions throughout the centuries, and have inevitably become a tourist favorite. While around the Red Beach area, you might find yourself staring at a massive archaeological site possessing some of the most valuable gems in history. You are walking through the excavations of Akrotiri, immersing yourself in a world where time seems to have stopped and prehistoric monuments stand tall.

Without knowing it, it is almost the end of the day, and the sky is turning a beautiful red and orange. Santorini is renowned for its picturesque sunsets, and we can guarantee you that this is 100% true. We recommend visiting Imerovigli for a memorable sunset experience. This hilltop village acquired its name from the word vigla meaning “viewpoint”. Enjoying the stunning works of nature on this quaint cliff is indeed something out of a storybook. 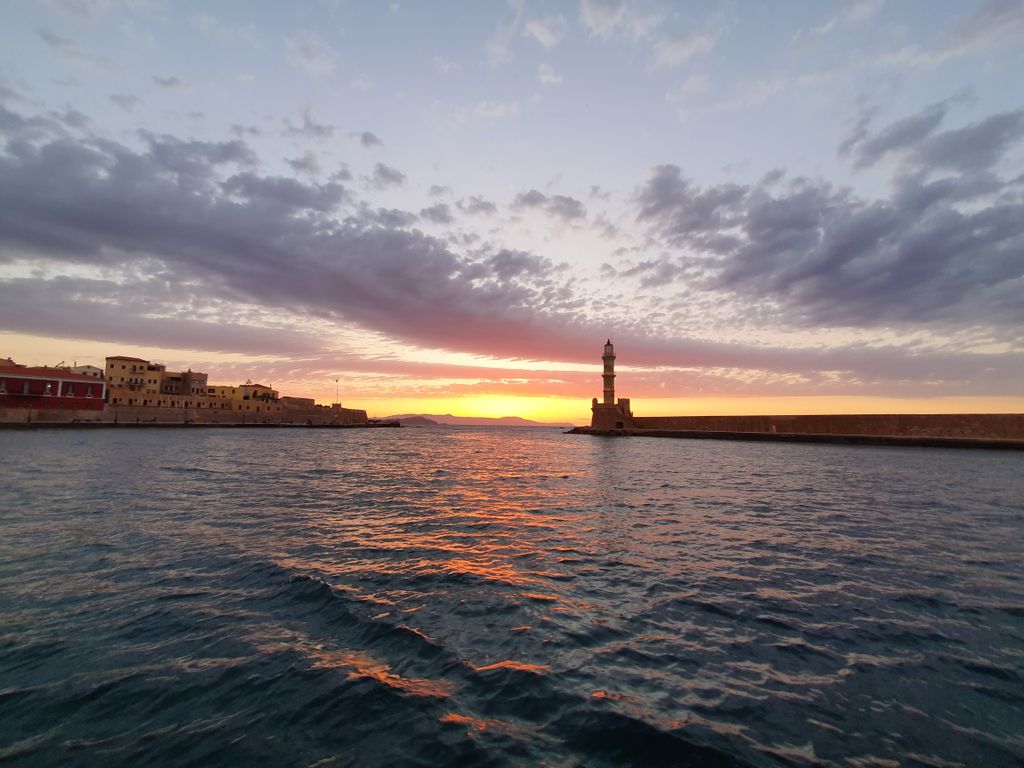 Beautifully retaining its well-preserved monuments, Venetian architecture, and labyrinthine streets, the former capital city of Crete still bewitches in this day and age. Built on the lands of ancient Kydonia, Chania was considered one of the most important cities in Crete throughout history. In fact, it almost feels like a totally different world, as the city not only manifests Venetian influences but also Turkish designs - combining various cultures from both Eastern and Western Europe to create a truly eccentric ambience.

Divided into two areas, namely the old town and the new town, treasures are neither few nor far between, and you’re like to be surprised at every twist and corner. Enter the old town, and you will be greeted by centuries-old buildings, classical cafes, and the lovely Venetian Harbor. As the city’s most prominent esplanade, this harbor is the prime example of how crucial Chania’s role in the maritime industry was, even during the 1300s. As you walk through the waterfront, you will be met by a lovely lighthouse built by both Venetians and Egyptians at different times, perfect for a panoramic view of the city.

You’ve decided you want to counterpoise all the old and historic monuments with something fresh and lively. We recommend a trip to Nea Chora, or “new town”, Chania’s first modern district. Only a kilometer (a little over half a mile) west of the capital, Nea Chora finds itself sprightly and spirited with its booming beach town and charming harbor. If you are a fan of seafood, then visit the area during the Sardine Festival, and feast on deliciously fresh and free fish! Don’t hesitate to ask our friendly local guides for the best dates and times to travel. 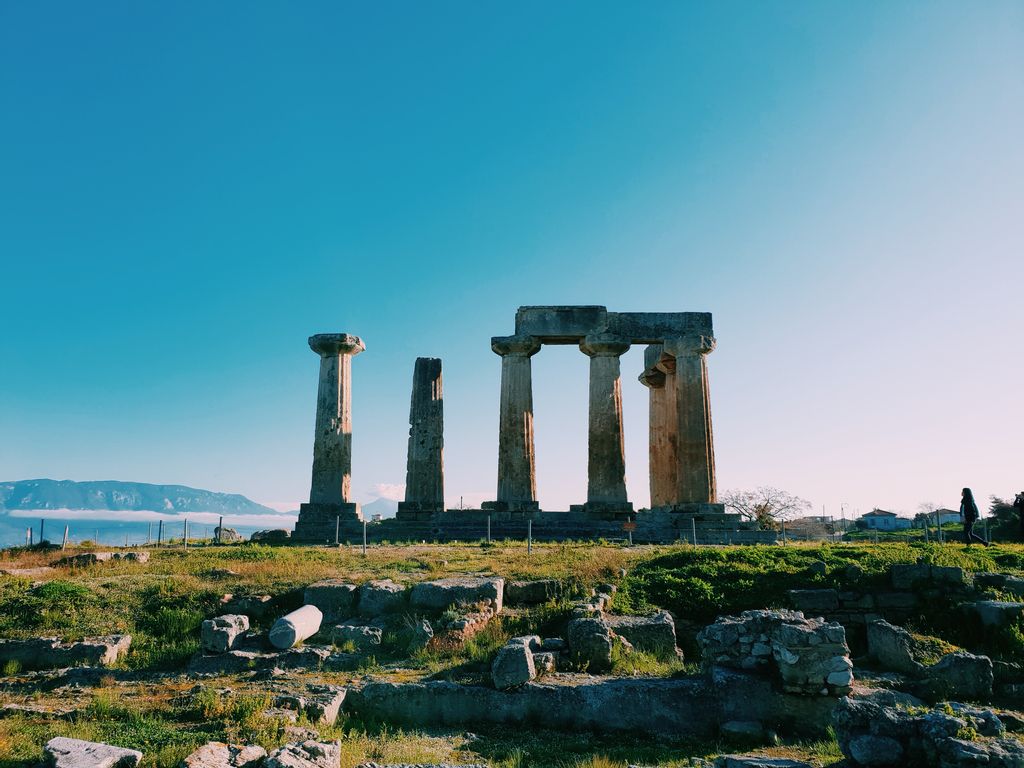 Legend has it that Delphi was also named Pytho after the oracle Pythia and has been considered a sacred precinct for hundreds of years. In those centuries, flocks of pilgrims would make their way from all throughout the Mediterranean to seek advice from the god Apollo.

The first thing you will notice as you step foot in Delphi would be the Sanctuary of Athena Pronaia, the gateway to Delphi and the precinct. The most famous and eye-catching of temples would probably be the Tholos of Delphi. Although no one knows who exactly built it, this 20 Doric-columned monument dates back to about 380 BC. Its purpose? Also unknown. It is hauntingly beautiful though, and today, three of the Doric columns have been renovated for visitors to appreciate.

Much grander and just as important as the Sanctuary of Athena Pronaia would be the Sanctuary of Apollo. Feel microscopic as you pass through the Sacred Way towards the Temple of Apollo. You will stare in amazement, because the partially renovated colonnades of the edifice are still striking as ruins, and you can only imagine how magnificent they must have been at their prime. Apollo’s oracle Pythia worked her magic inside these very remains, giving the place a mystic, mythological quality. 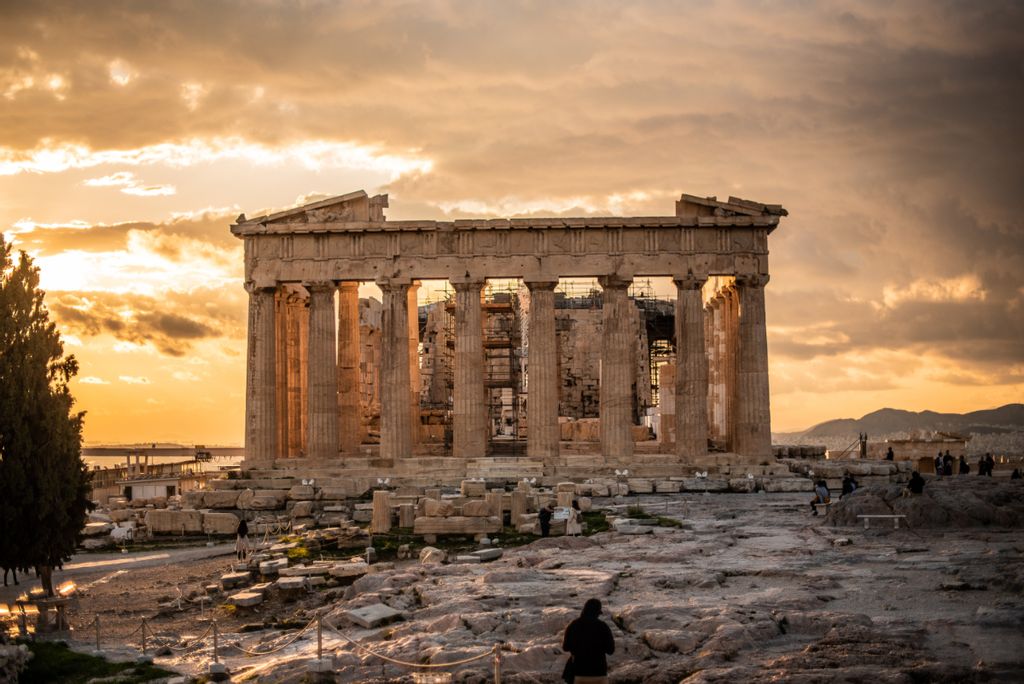 When thinking of Greece, one of the first places that might come to mind would probably be Athens. It is in this very city where ancient philosophers like Plato and Socrates contemplated on the meanings of life, love, and literature, among other things. As you enter the Acropolis, you will be met by the most beautiful gateway - the Propylaia. With its epic columns surrounding the entrance, you will truly feel transported back to ancient Greece.

The Acropolis hilltop is home to various other famous landmarks, such as the Parthenon and the Temple of Athena and Nike. Explore and learn more about the history of the old citadel in the Acropolis Museum, where you will see plenty of amazing artifacts and remnants you cannot find anywhere else. As you descend from the hill, you will be walking through one of the oldest neighborhoods in Athens. Plaka’s lively, bustling, cobblestone streets are lined with romantic restaurants serving scrumptious Greek delicacies.

And so, you’ve filled yourself up with Taramasalata (flatbread), Papoutsakia (stuffed eggplants), and Galaktoboureko (custard pie); the best next step would be shopping, of course. Athens boasts dozens of flea markets and little shops where you can get some iconic souvenirs. Even if you're on a business trip and don’t have much time to spare, a small trinket to remember Athens by is a necessity on the shopping list. If you’re lucky to be in Athens on holiday, we’ve recommended the best trip lengths to maximize your vacation. 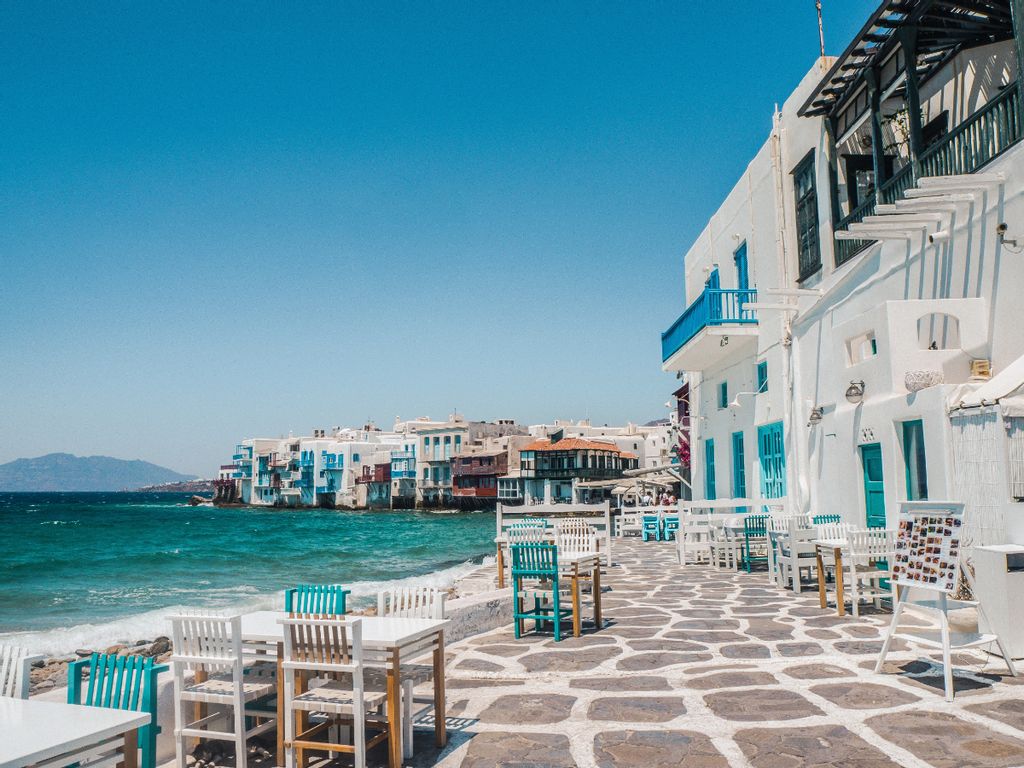 You’ve spent your holiday visiting the ruins of historical architecture, and now you just want to do some shopping, have a drink, and laze around on the beach. The cosmopolitan island of Mykonos perfectly blends its ancient history with modernity, both in its landscapes and its people’s perspectives. According to Greek mythology, the island was created when Hercules defeated the Giants, whose bodies formed the very rocks Mykonos stands on. Eerie, to be sure, but on these rocks lie amazing culinary adventures and the best places for a shopping spree.

Begin your day with a nice stroll through the old town, where you can visit the city’s highlights such as the Kato Mili Windmills, Greece’s own Little Venice, and the iconic Paraportiani Church. These landmarks are all quite close to each other; nevertheless, sightseeing always makes the avid tourist famished. We’re going to one up it and allow you the opportunity to actually make the very food Mykonos locals enjoy. A quick search on the Internet proves that there are various cooking classes available throughout the island. This way, you not only get to taste the best of Grecian cooking, but also take home some amazing recipes!

Head on over to town, or Chora, and trek the narrow, winding streets for some curios and typically Greek souvenirs. Don’t fear getting lost around the Chora, because that is exactly its objective - historically, this maze of a town was organized this way to confuse pirates and make the area harder to raid. Uncertain about getting lost in a foreign place? Then book a local guide to ensure you are safe and on schedule throughout your trip. Or else, check out our customizable tours to guarantee yourself a good time.

There can never be a dull day on a Greek holiday. Whichever island or area you choose, you are certain to have an amazing experience, with little surprises along the way. We know it is difficult to plan an itinerary for such an activity-filled country, so we’ve made it easy for you and created a list of the best tours with professional guides. You’ll leave Greece craving for more!