Your in-depth guide to the the Colosseum

The Colosseum is arguably the most iconic landmark in all of Rome, standing as a symbol of Roman power for almost 2,000 years, the gargantuan amphitheater has stood witness to much of the history of the eternal city.

Officially recognized as one of the seven wonders of the modern world, a visit to the Colosseum has to be on one’s bucket list when visiting Rome. In this article we’ll be providing an in-depth guide to the structure, its history, and how to make the most of a visit. Once you’re ready to plan your trip, you can also contact one of our local guides to help you plan a customized experience of the Colosseum as well as other parts of the city. One might be tempted to assume that the Colosseum is named for its large size, but modern scholars are not so sure. While today it is frequently referred to as the ‘Flavian Amphitheater’ due to its construction during the rule of the Flavian dynasty, it is thought that the Romans themselves probably referred to it simply as ‘amphitheatrum’, or ‘the amphitheater’. So where does the name ‘Colosseum’ come from then?

Well, it is theorized that the name stems not from the structure itself, but instead from a large bronze statue of the emperor Nero which used to stand next to the amphitheater. This statue of the infamously narcissistic Nero was modeled on the iconic Colossus of Rhodes, and due to its proximity to the amphitheater, people eventually started referring to the entire building simply as the ‘Colosseum’. Unfortunately the statue has been lost to the ravages of time, but luckily for us its colossal companion remains.

Construction of the amphitheater was completed in 80 CE, and since then it has stood proudly as the largest amphitheater in the Roman empire and the world. It is thought that it could hold more than 65,000 spectators at its peak, its grand opening being celebrated with 100 consecutive days of games - truly living up to the Roman motto of “Bread and Circuses”.

The Colosseum is obviously most famous for the games held within, particularly gladiatorial combat and battles revolving around animals. Exotic creatures from all over the empire would be transported to the Colosseum, including crocodiles, tigers, lions, and even elephants (among others). This served both as a symbol of the empire’s wealth, as well as a chance for ordinary citizens to see these creatures up close. 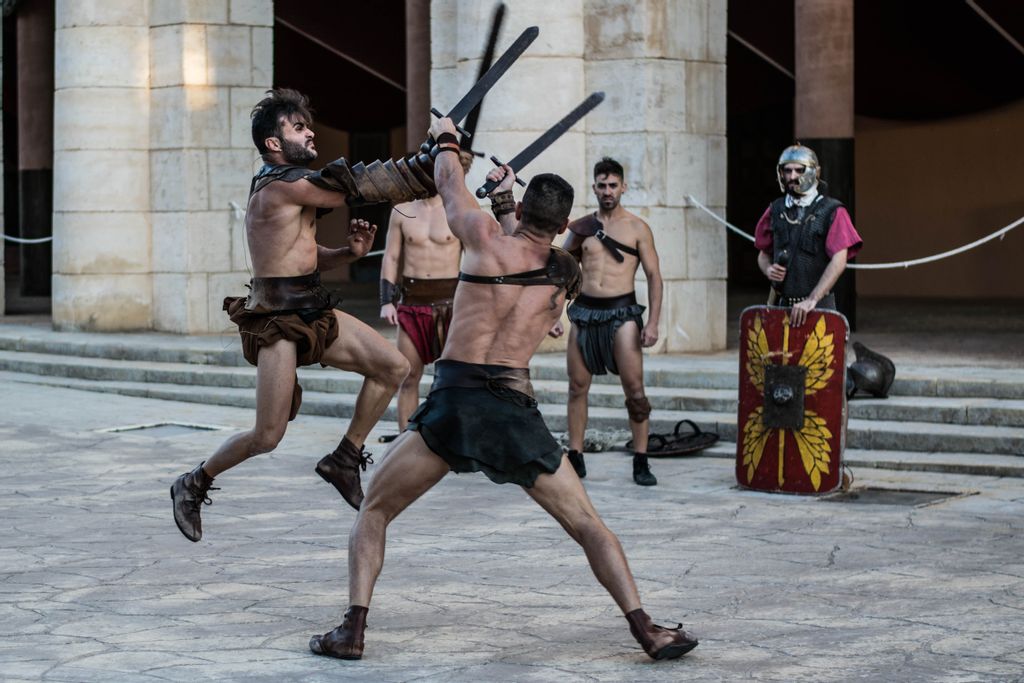 The Colosseum was also used as a site for the execution of prisoners of all kinds, gaining particular notoriety for the execution of early Christians (though this happened in other Roman amphitheaters as well). With so much blood being spilled over such a long period, it is no wonder that scholars estimate that around 400,000 people may have died within the confines of the colossal arena, a staggering and sobering thought.

However, the Colosseum wasn’t just used as a venue for violence. It also played host to theatrical performances, including Roman and Greek dramas, plays based on classical mythology, and later Christian religious ceremonies.

A particularly interesting and fascinating event that would be held for a time was mock sea battles. Yes, you heard that right, the Colosseum would have its inner sections flooded allowing actual warships to battle within - what a spectacle that must have been!

As the Roman empire eventually adopted Christianity themselves, the bloodsports and executions held inside the Colosseum slowly started being phased out. The last recorded games were held sometime during the 6th century, and after that the building was repurposed for various other uses. This includes serving as housing, hosting religious orders, as a castle for nobility, and so on. This is why the interior arena today is home to several ruins instead of the once open circus area. The Colosseum also suffered from decay and the predation of stone robbers throughout the ensuing centuries, and while it’s nowhere close to its glory days, the massive building has luckily survived for us to marvel at to this day.

Important info before you visit 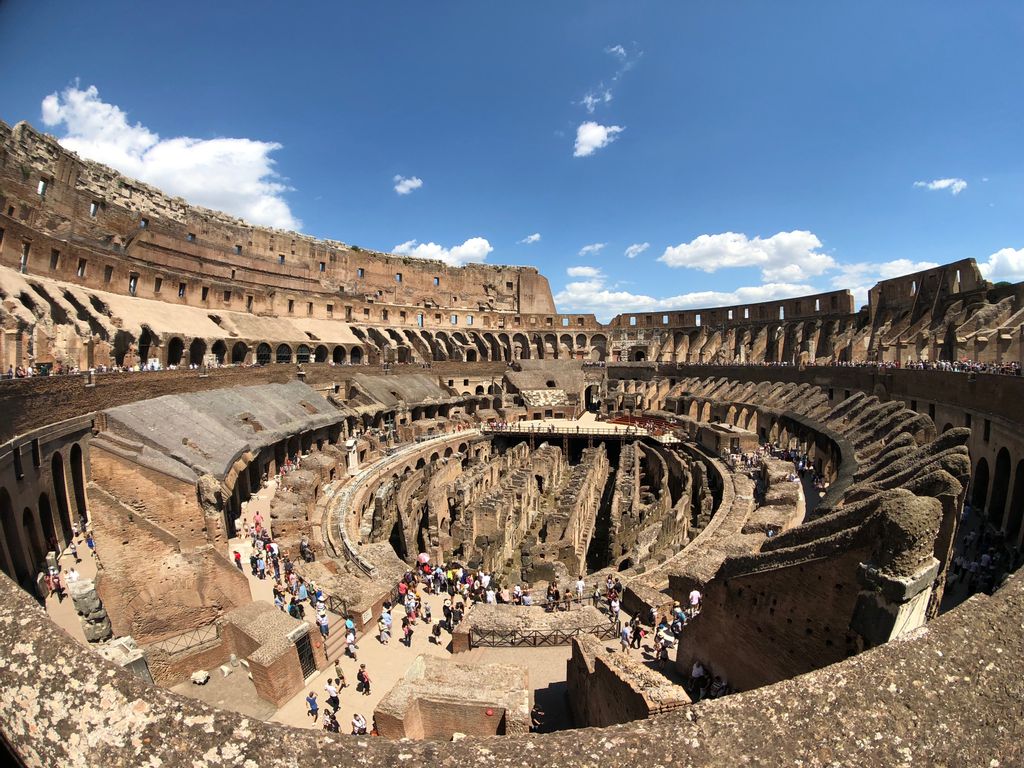 Today, visitors can enjoy various activities at the Colosseum, including venturing into the labyrinthine tunnels underneath the structure and visiting the various museum exhibitions inside. The easiest way to get to the amphitheater is to take the subway (Line B) and disembarking at the aptly named Metro stop Colosseo.

It’s obviously a very popular destination, so please note that long queues can be encountered, especially during busy seasons. We would recommend purchasing tickets online beforehand to ensure access. Several different types of tickets are available, some including access to other nearby landmarks such as the Palatine Hill or Roman Forum. Be careful though, because special tickets may be required for access to the arena or tunnels depending on the day or time of year.

There is also a ‘Free Sundays’ program which you can take advantage of - and it applies to most cultural sites in the city. Although on these free days admission is granted according to arrival, so queueing will most likely be required. If you don’t feel like fussing around with multiple sets of tickets, we’d recommend thinking about purchasing the Rome Tourist Card - this is a special combined ticket that provides access to most of the famous landmarks across the city, including the Colosseum, St. Peter’s Basilica, and more.

Tour guides are also available if you’d like to get a more historically detailed experience, and if you don’t like moving amongst a large tour group, plenty of our local guides in Rome also offer Colosseum tours, many with rare extras thrown in, so be sure to check out their offerings! 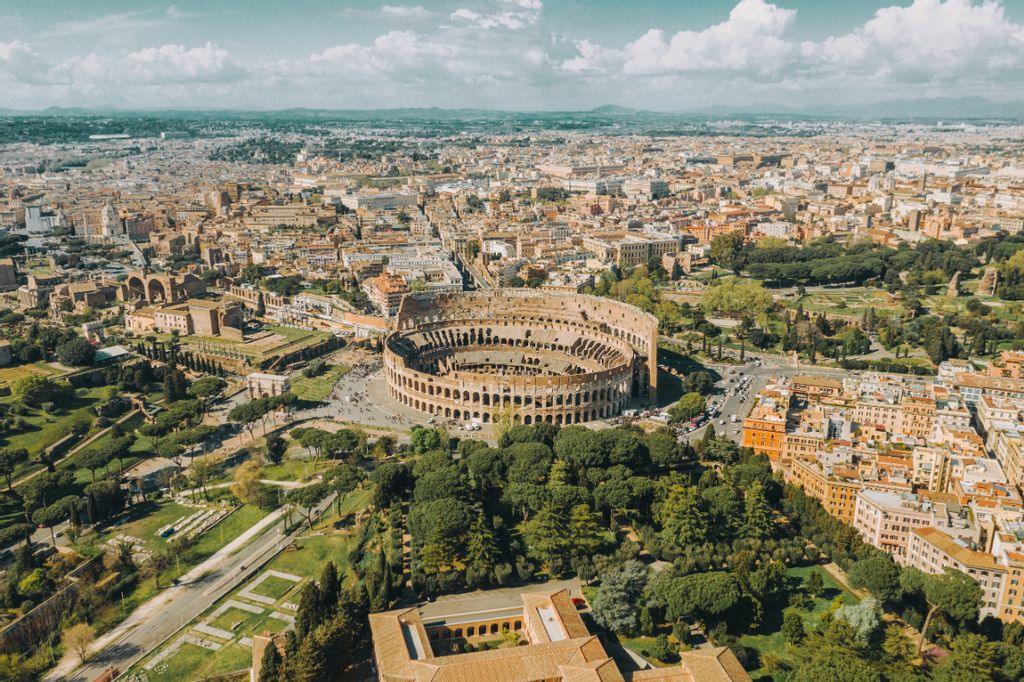 The Colosseum is one of the few remaining structures that can truly claim to straddle several of the major eras of human history. From a gladiatorial arena during the Roman empire, to a reappropriated medieval marketplace, hosting Catholic religious ceremonies, and even a venue for modern day concerts and shows.

If you’re planning a trip to Rome, we would wholeheartedly recommend visiting the Colosseum to bask in centuries of fascinating history, and marvel at the amazing architecture of the largest amphitheater in the world. For a stress-free private tour experience, our team of vetted guides are ready to accompany you today!

Plan your trip to Rome