If you are planning a trip to Akita, we recommend you to take a nice long soak in a hot spring bath at either Tamagawa Onsen, surrounded by nature, or at Nyuto Onsen Village, with its stunning view of Mount Nyuto. Other top sights in Akita include a folklore museum, and a collection of samurai houses. Here are four of the best Akita sights: 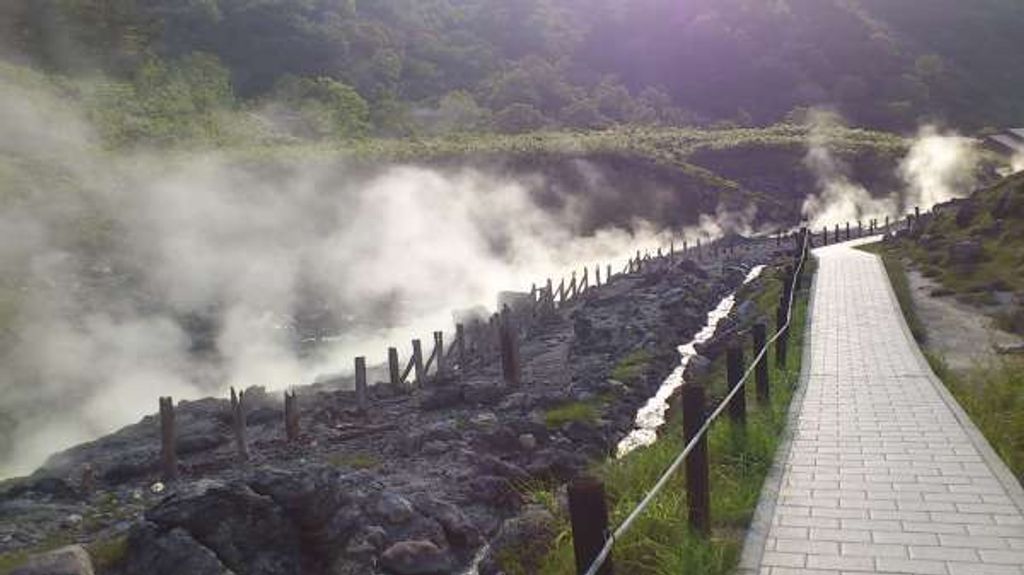 The term, “touji” or hot-spring cure refers to entering an onsen to cure any illness. At Tamagawa Onsen, people have come from all over Japan to find those benefits. It has the highest flow rate of water of any onsen at one place in the country, and soaking in its baths has the famous effect of a stinging sensation due to the high acidity of 1.2ph. Within the onsen, along with the bath fed by a source spring that has the highest stinging sensation of 100%, there is also a bath which has water diluted to a mild 50%, the Utase-yu Bath that has a massaging effect, the Ne-yu Bath where you can lie down in shallow waters and many other variations. There is no concrete basis for the baths being a cure-all, but it is believed that the effect of the elements in the onsen improves immunity and healing power.

At Tamagawa Onsen which is in the middle of nature in Towada-Hachimantai National Park, one highlight is the dynamic landscape nearby of bubbling hot springs. On the Tamagawa Onsen Nature Trail, you can view the appearance of the source springs bubbling away on the sides of the trail. Also, in the rocky areas, you can enjoy a stone sauna from the thermal heat given off by volcanic activity. Freely choose the heated area, lay down a blanket and then lie down with a towel acting as a pillow. Relax as the energy of the earth fills your whole body. However, don’t forget to bring the blanket and towel for the sauna since no rentals are available. 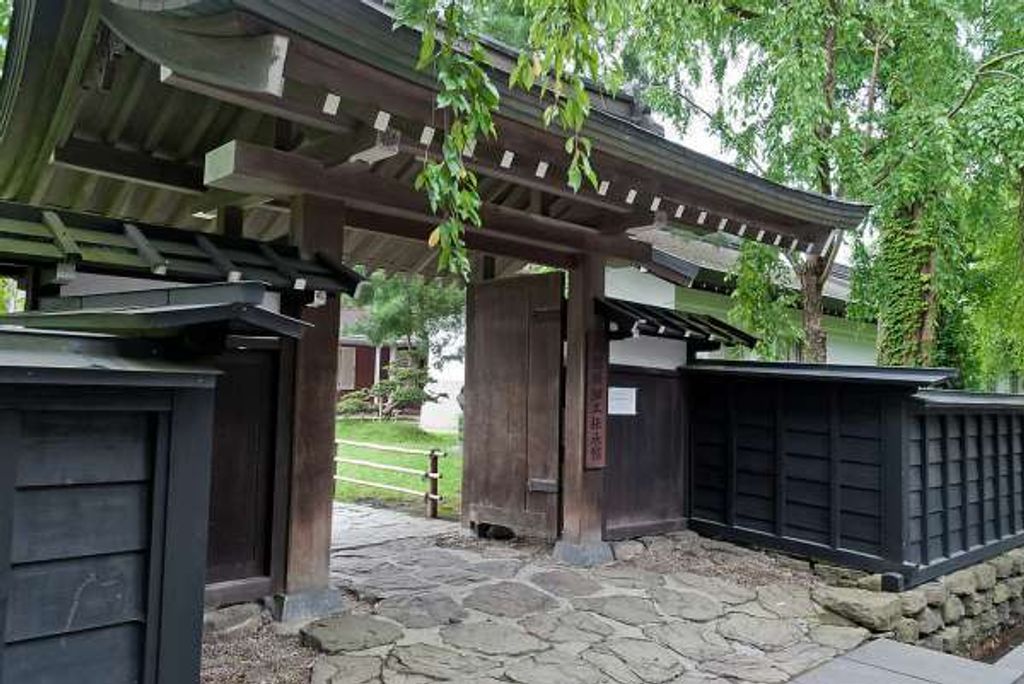 Uchiyamachi, which is at the north end of the plaza built to prevent the spread of fire located at the center of town, is a corner of the Bukeyashiki where high-class and middle-class samurai once lived. On the approximately 600-meter Uchiyamachi Bukeyashiki Road, the gates, walls and houses built in the Edo Era remain. The oldest residence of Ishiguro House which has the highest standing is open all year. Elsewhere at Aoyagi House which has the beautiful and majestically built Yakui Gate on its 9900 square-meter site, there are also venerable weapons and works of art on display.  Also, there are 6 more examples of surviving Bukeyashiki which can be explored for those who are very interested.

nother thing to enjoy on the streets of the samurai residences is the season when the houses are decorated brilliantly by seasonal flowers and trees. More than 110 species of trees have been planted so that they line the group of residences; there are fir trees which soar over 20m in height and weeping cherry trees that are over 200 years old. The cherry blossom season that includes the weeping cherries that have been made a Natural Monument by the nation is splendid. It is a famous area that has been selected as one of Japan’s 100 Famed Sites for Sakura. 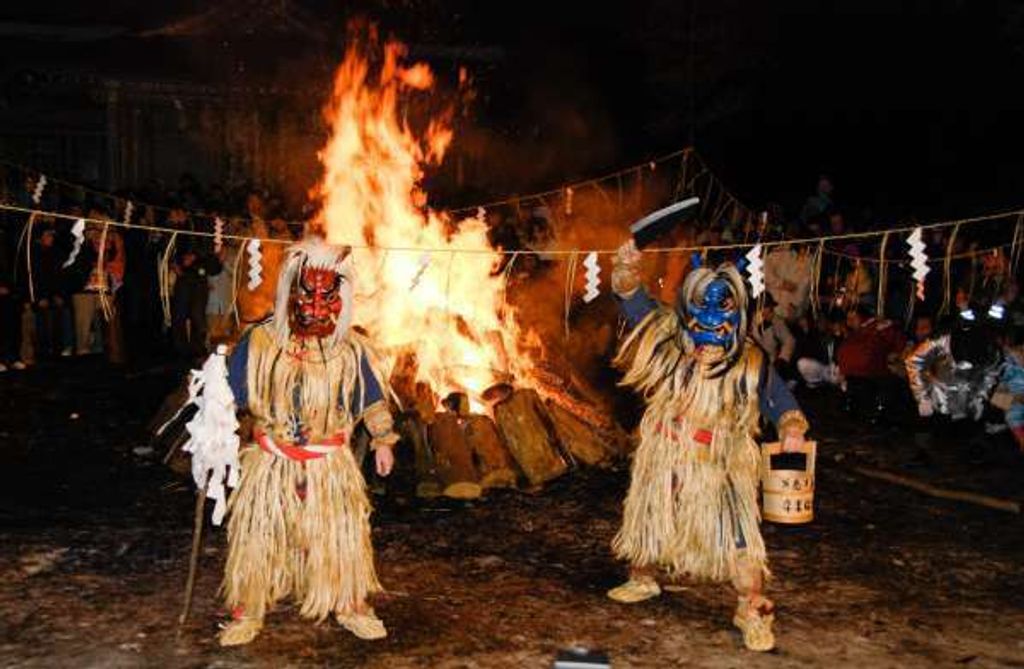 On the night of New Year’s Eve, the Namahage, a demon-like figure, visits residences and shouts out in an eerie voice as he enters “Are there any lazy people about?!” before he tramps about the house as he yells loudly. He is a messenger of the mountain gods but he is truly a frightening presence as he wields a huge knife. To appease the rampaging Namahage in the house, the owner politely offers a meal and a drink to the demon and after they banter, the Namahage prays for a year of good harvests and good health for the children before leaving with a warning “I’ll be back next year!”. This event was designated as an Important Intangible Folk Culture Property and annually on December 31st, this traditional ritual is held over most of the Oga Peninsula. It has been introduced to the entire nation by media such as TV, and the sight of screaming and crying kids when they see the Namahage visiting on a snowy New Year’s Eve has even become a seasonal thing in the Akita region.

At the Oga Shinzan Folklore Museum, the region’s quintessential thatched-roof house known as a magariya is recreated, and the museum is popular since visitors can experience the gravitas-laden event of the Namahage all year round. In particular for Shinzan District, this old tradition is famous for solemnly continuing and being faithfully recreated to be related to future generations so that it has also been recreated at the museum.  Also, folk materials such as the customs imbued in the Namahage and agricultural machinery are also on display so that visitors can also learn about the lifestyle of people back in the old days. There is also a museum, Namahage-kan, on the same site which goes into Namahage in detail so it’s recommended to tour both facilities. 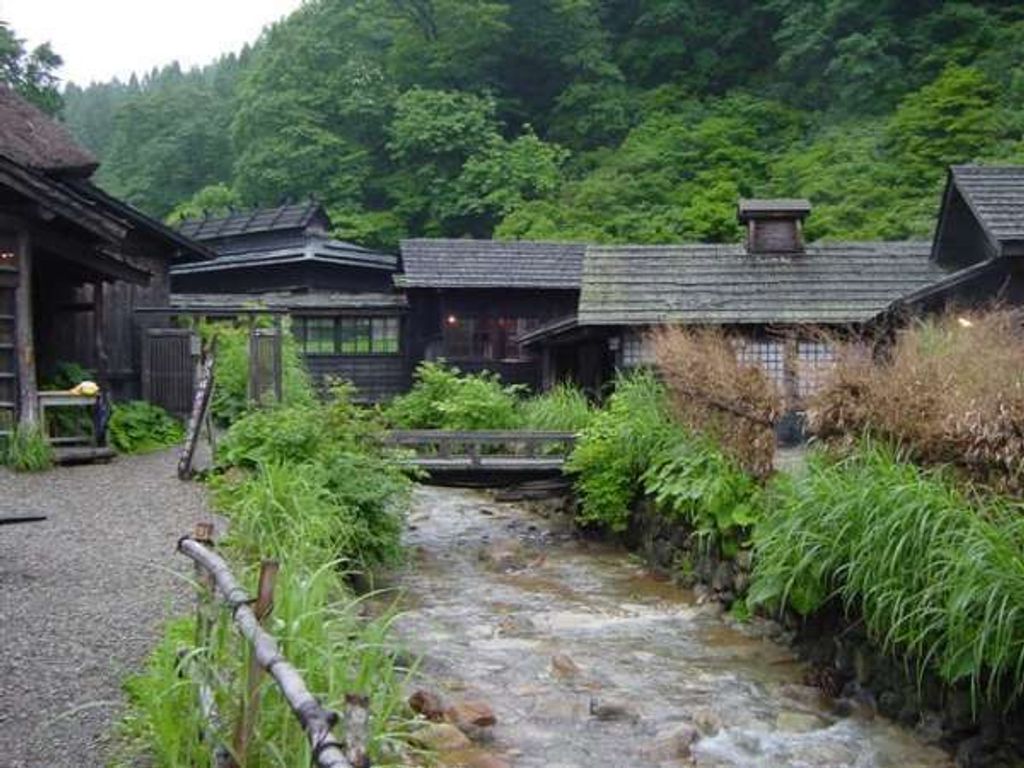 This group of 7 onsen that is situated at the foot of Mt. Nyuto in Towada-Hachimantai National Park is known as the Nyuto Onsen Village and has a history that stretches from the Edo Era. Surrounded by a primeval Japanese beech forest, the area has the attraction of being able to enjoy an onsen while taking a peaceful walk in the summer and admiring the fall colors and winter snowscapes. Having an onsen holiday in the middle of an unexplored area all throughout the four seasons makes for an exceptional experience within a simplicity of Mother Nature that can only be found in the Tohoku region.

Each of the 7 springs at Nyuto Onsen Village has a source spring with its own qualities and effects. The popular tour of the springs celebrates the very distinctive character of the springs. You can also enjoy a day trip to the village, but when you purchase a Spring Tour ticket booklet for 1500 yen that is restricted to guests staying overnight, you can easily enjoy the tour of the 7 springs. Plenty of accommodations exist at each hot spring: Tsurunoyu is the oldest of the 7 onsen with an honorable history as the bath for the feudal lord of Akita Prefecture, Taenoyu which serenely stands along a mountain stream, the secluded spring of Kuroyu Onsen at the back of the village which has existed since the Edo Era, Ganiba Onsen which is located up to 50 meters away from the inn in the middle of a primeval beech forest, the unique and nostalgic Ogama Onsen which has been set up inside a wooden school building that was moved to the area, Magoroku Onsen which is an old and simple hot spring health resort that has been called “the medicinal waters of the mountain”, and Kyukamura Nyuto Onsen Village where you can comfortably spend time in a newly-renovated facility in the middle of a natural forest. You can search for that inn of your choice and forget about the everyday and relax body and soul as you enjoy the spring tour while dining on the regional cuisine of Akita.

Plan your trip to Akita