Himejijyo castle is the best famous castle of Japan located in Hyogo prefecture which is registered in 1993  as UNESCO World culture Heritage at the first time in Japan.  Himeji-jyo castle large keep which was built in 1609 is the center of the current style of this castle. The architecture of this castle is the masterpieces of Japanese traditional technology which has been developed by lots of Japanese craftsmen.  Many civil engineering structures such as large keep, turret, castle gate, mud wall , stone wall, moat and so-on has been well reserved.
Therefore, this castle is very famous for its surviving Japanese castle architecture that preserve the original architecture structure.
That is why this castle is historically very precious architecture.
This castle is also famous for its elaborately designed defensive enclosure to counter the enemy invasion during the feudal period (15th ~ 16th century). Also, in parallel, the beauty of this castle is amazed by everyone who visit this castle. The castle is called by White Heron castle because the elegant figure of the castle resembles to a Heron flying away with spreading it’s wings. 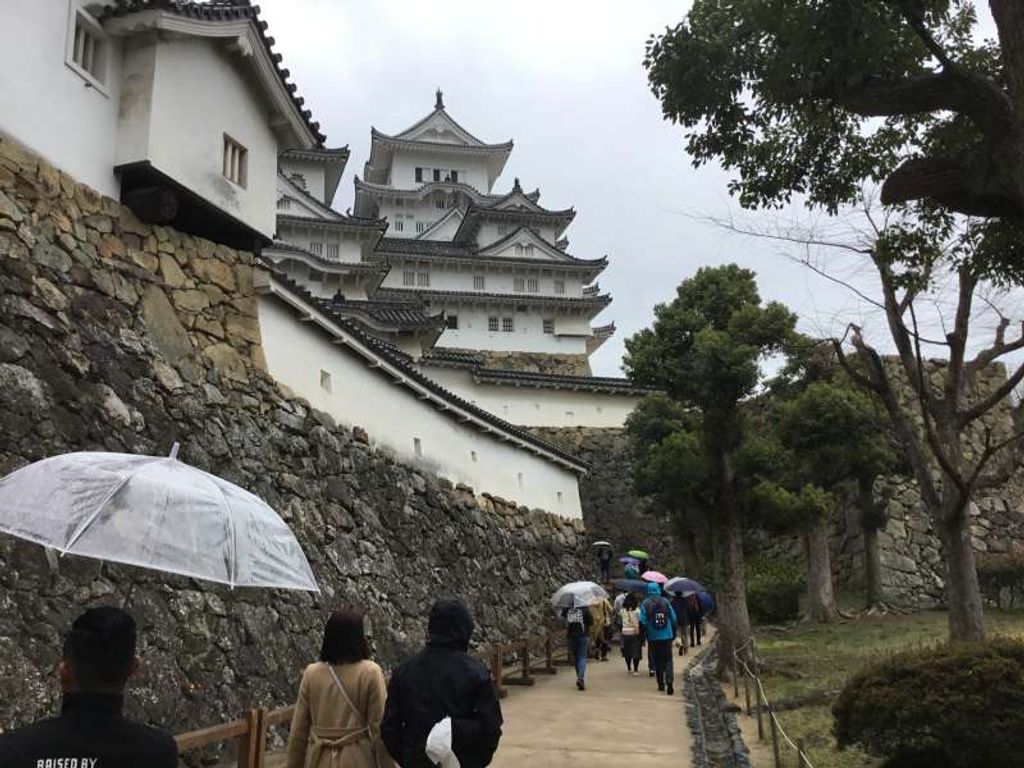 Himeji castle was originally built in 1333 during Nanbukucho -era (1321~1399) by one of the high rank worriers.
After several worriers were replaced as loads of the castle, Kanbei Kuroda who was the top staff officer of Hideyoshi Toyotomi was assigned as the load in 1567.
This castle used to be one of the most important strategic base by connecting between Kinki area (west center of Japan) and Chugoku region(far west of Japan) for Nobunaga Oda to unify Japan in Civil-war era (1490~1590).
Finally, Kanbei Kuroda present the castle to his boss Hideyoshi in 1580.  And Hideyoshi had become the 15th load of this castle.
Then, he had started to reform the castle to be modern times castle by constructing three stories castle large keep and so-on with spending his enormous resources.
After he unified Japan and moved his residence to Osaka-castle, then Hidenaga Toyotomi who was a younger brother of Hideyoshi became the load.  As such, Osaka-castle and Himeji-castle had become the two important castle for Hideyoshi after he unified Japan.
After Ieyasu Tokugaea became Shogun and unified Japan in 1603, his son in law, Terumasa Ikeda was assigned as the load of the castle and he had started to renovate the castle spending 8 years  and current castle beautiful architecture was constructed.

I will show you the outline to do sightseeing this castle from the entrance to the end of Ninomaru-garden as follows.
1) At the entrance of Himeji castle, you can see the castle tower in the distance.
The area of Himeji castle is very wide which is equal with 5 units of Tokyo dome. 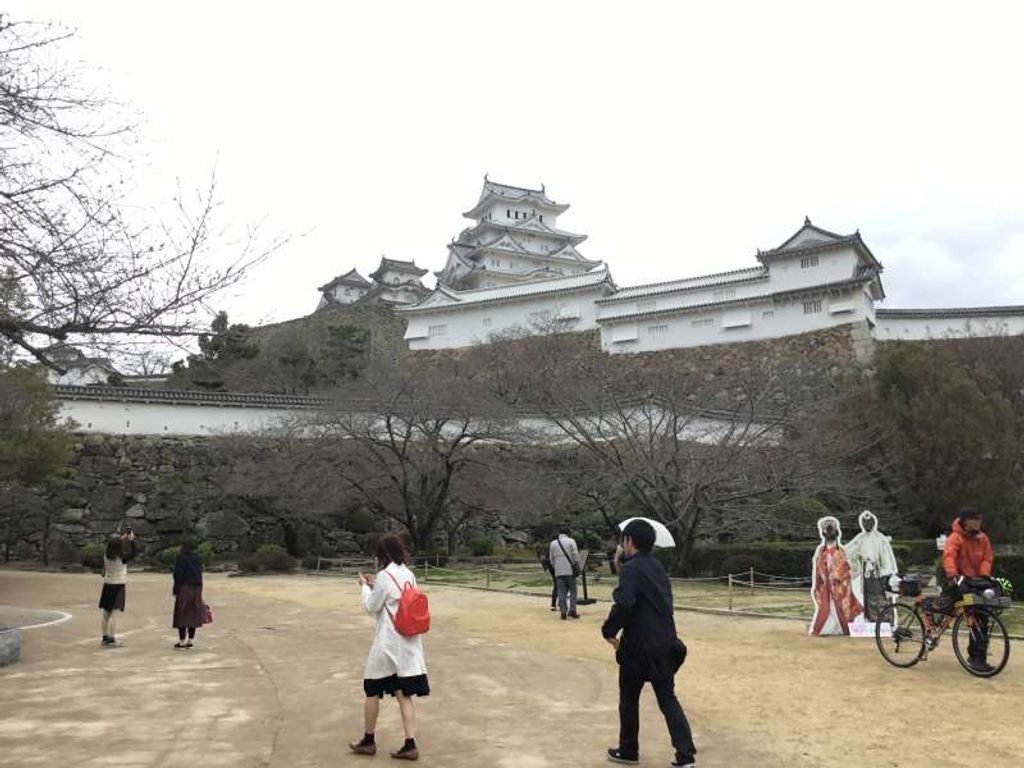 2) After through the entrance by paying yen1000 per person and walking up to a slope, you will see the large gate
called “Hishino-mon”. 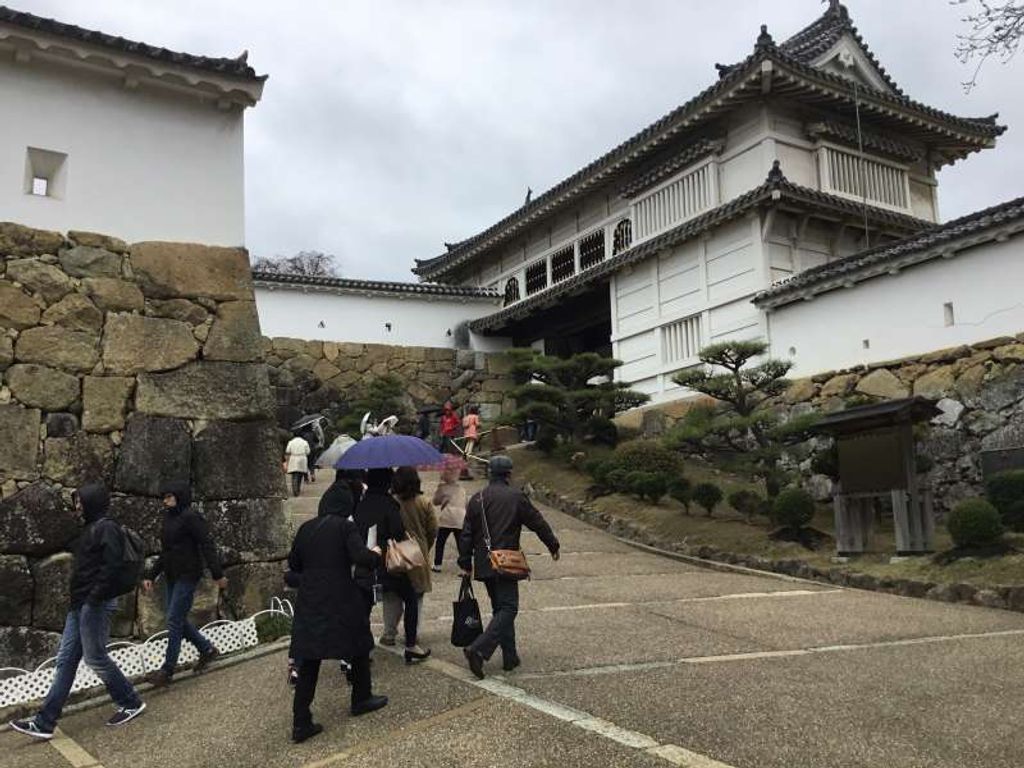 From this entrance spot, you can also see the castle tower. 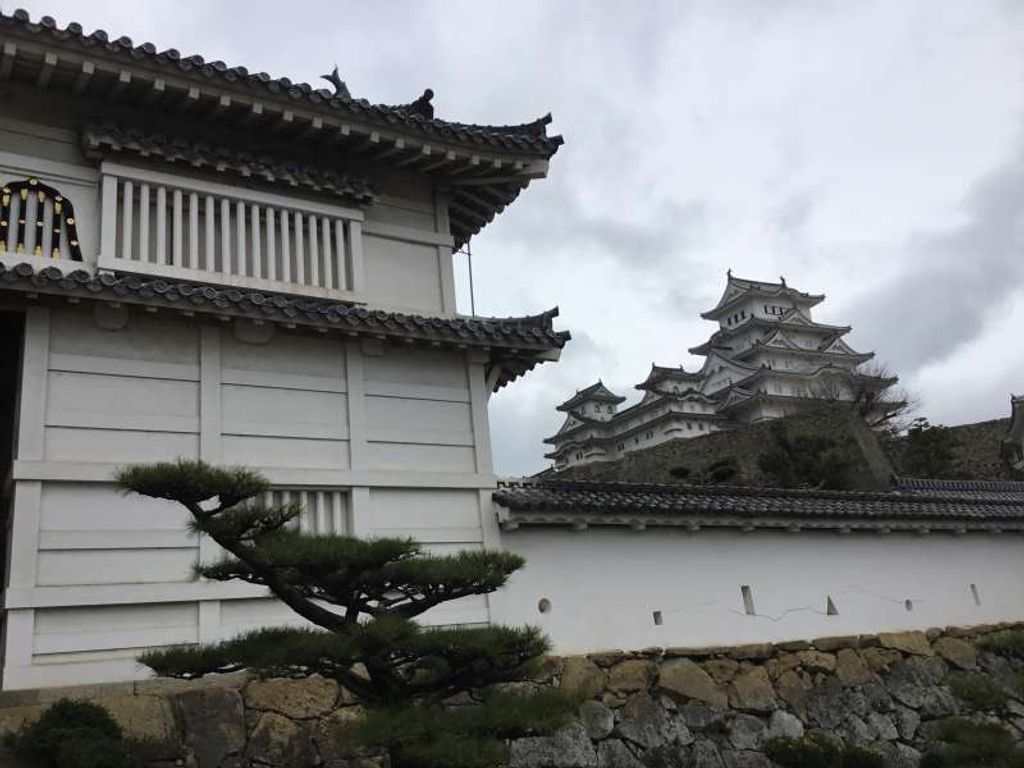 4) There exists a long winding slope to reach the main enclosure. A lot of large keep, turret, castle gate, mud wall stone wall
and moat to encounter enemy.  You can see around 1,000 loopholes called “sama” from where guns were fired at attackers.  Angled chutes called “ishi-otoshi” were also set at lots of points in the castle walls to throw stones or pour boiling oil on attackers. 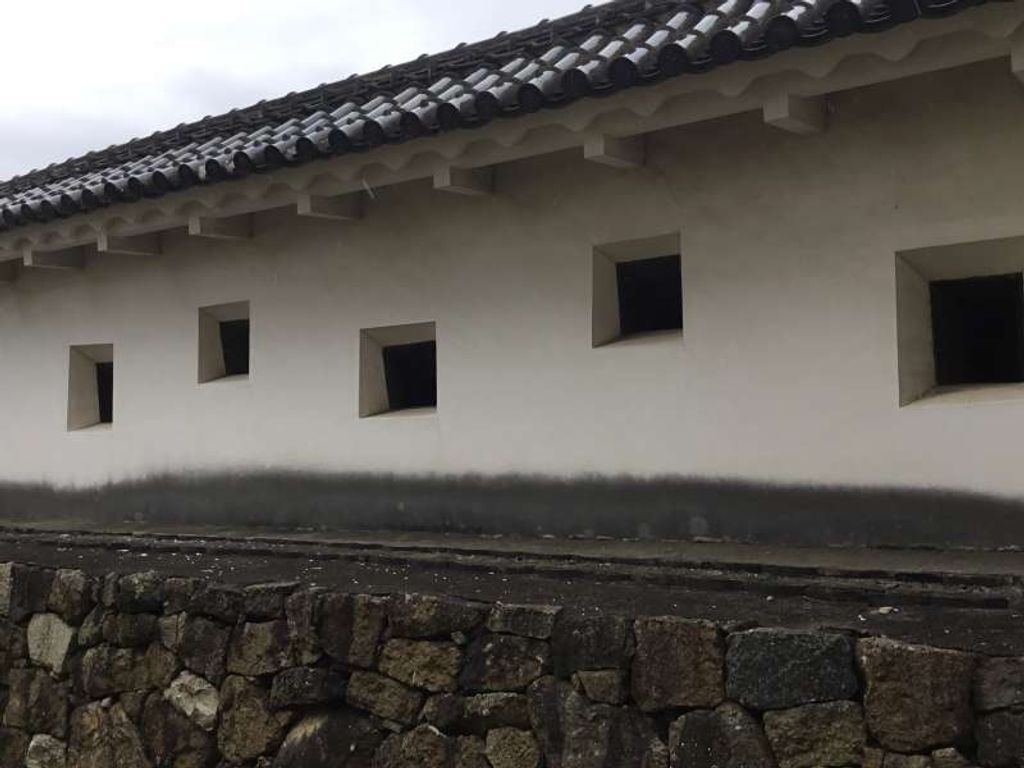 5) The castle tower is located on a rising ground whose altitude is 45.6meter. The height of the stone wall is 14.85 meter and that of main enclosure is 31.5meter. Therefore, the castle is standing by the height of 92meter of altitude.
Current castle tower built in 1609 consists of one castle large keep and three castle small keep that are connected each other by guard tower hall. 6) The main attractions of this castle is to see inside castle tower.
You can enter those keeps to see and walk up to the large keep on the top floor.
There are a lot of exhibits related with Himeji castle at every important points. 7) After proceeding the tour route, you reach castle large keep.
The castle large keep is built with five stories appearance with roofs and seven stories inside by a first floor of a basement.
You can see the landscape of Himeji from each floor of the keep by walking up the floors and from 5th floor of large keep. 8) After finishing to see the main large keep, next course is to go through “Nishinomaru garden”. 9) Other attractive item of this castle is stone walls. There are several types of stone walls which depend on when those were built.
The method to pile up stones and the stones types where those were gathered are different between each stone walls. If you are intersted in a tour of  Himejijyo-castle, please visit below site showing Himejijyo castle tour.

Plan your trip to Himeji with Kashima H.