Kamakura's swordsmith with 700 years of history

Turn left at the first crossroads of Komachi-dori street and walk on across the Yokosuka-line crossing, and you will find Masamune Sword and Blade Workshop on your left.

In the window shine two long swords and a short one called Wakizashi.

The master of this shop is Mr.Tsunahiro Yamamura. He became the successor to the name Tsunahiro (Masamune XXIV) at the age of 29 after passing his swordsmith examination and receiving permission to produce swords. 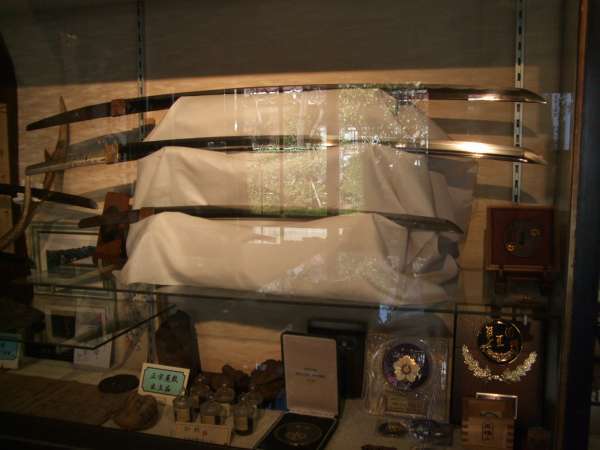 Some 700 years ago, Regent Hojo of the Kamakura shogunate summoned swordsmiths from across the country to Kamakura and Goro Nyudo Masamune was one of those craftsmen who worked for the Kamakura Government. He founded the Soushu tradition based on the traditional standard sword-making styles of the time, and started the distinctive Soushu style by improving upon them. Ever since Hiromasa ( five generations after the original Masamune) took the name Tsunahiro, all of his successors have kept the name until today. 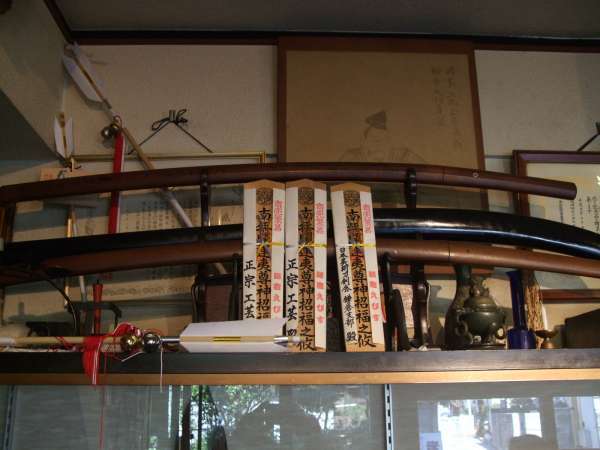 From the Kamakura period into the twenty-first century

After the abolition of swords by the Meiji government who put an end to the samurai rule, Tsunahiro, two generations ago, learned how to make farming implements from an agricultual bladesmith and went on to expand his business. Since then the traditional swordmaking tecniques have been used to make keener blades for everyday cutlery and tools at the workshop here in Kamakura, once the seat of the shogunate government.

Today Masamune Sword and Blade Workshop is visited by many tourists from within and outside Japan as one of the well-known, long-standing shops in Kamakura. 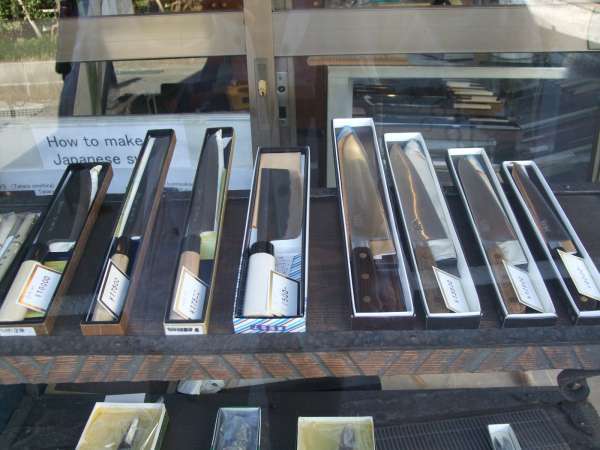 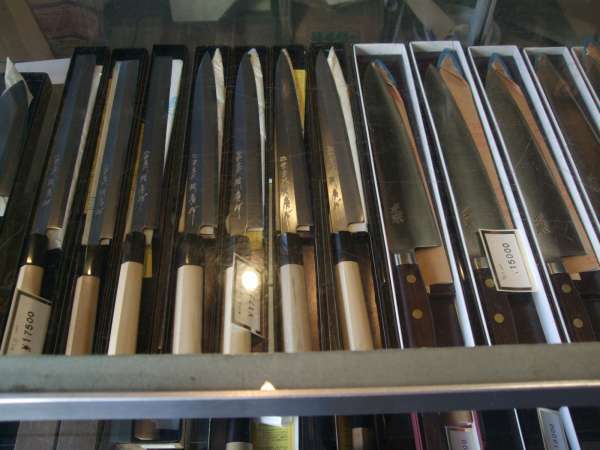 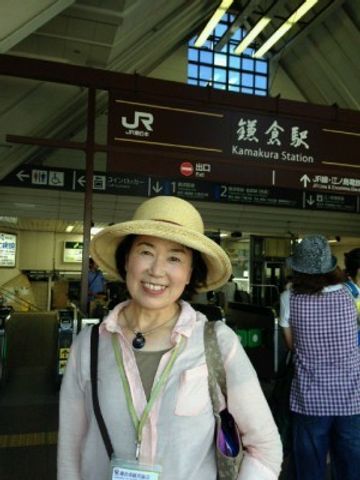 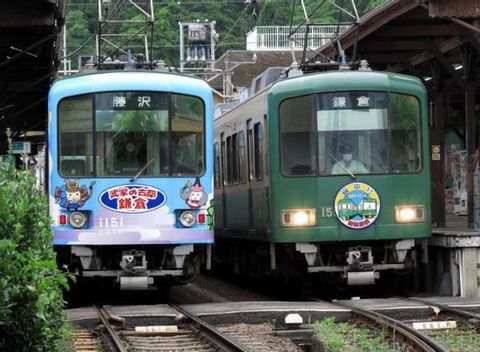 Enoden, one of the most loveable local trains in Japan 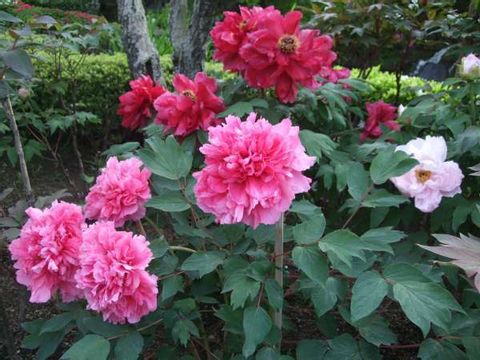 Peonies are in full bloom in Kamakura

by Eri
The Peony Garden in Tsurugaoka Hachiman Shrine    This garden is a Japanese stroll-type garden constructed in 1980 to commemorate the 800t... 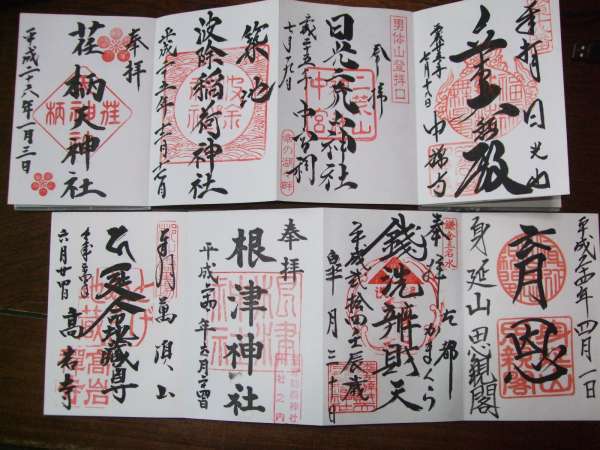 Why not collect "go-shuin", or pilgrimage inscriptions when visiting shrines and temples?

by Eri
Whats go-shuin? When on a pilgrimage to temples or shrines, most pilgrims commemorate their visit by having a pilgrimage book inscribed at... 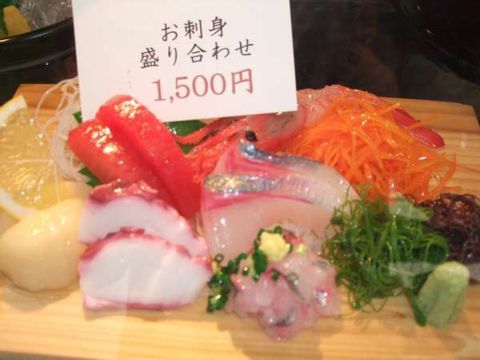 Looks much more delicious than real one!?

by Eri
The exhibition of shokuhin sanpuru or replica food at restaurants in Enoshima Island One of the joys of travels is to enjoy meals some... 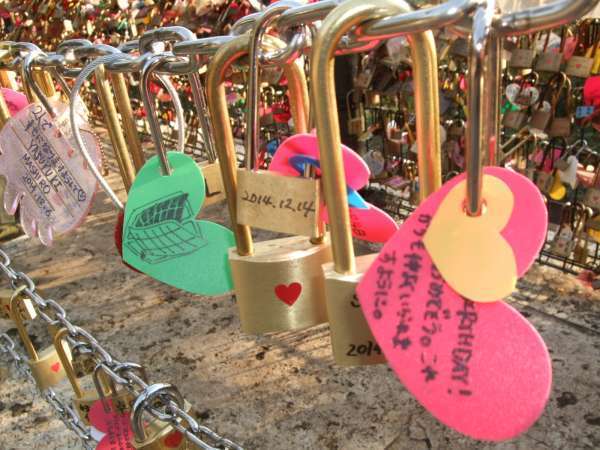 by Eri
So many locks with so many prayers of so many couples Thats what you first see when you visit here. Then youll find theres a bell in t... 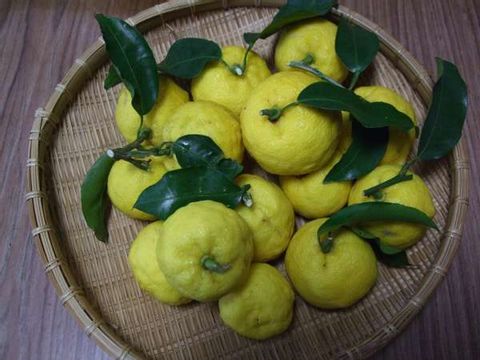 by Eri
Good to see.....  When taking a walk in residential areas in Kamakura, cute yellow fruits often catch your eyes as the air gets colder. T...

Plan your trip to Kamakura with Eri

Eri was a delight to be with in Kamakura. She was friendly and energetic. She gave a very nice tour of the city as we wandered through the city on foot. We discovered a new charming cafe. We would highly recommend her. Rajiv
read more

Eri was an outstanding tour guide and her English is excellent. She was able to give us an excellent travel experience in Kamakura.
read more

My 84 year old mother and I had a wonderful day in Kamakura with Eri. I could already tell from the description that she would be the perfect guide for us, and she exceeded our expectations. I was concerned about doing a great deal of walking with my mother, so Eri very quickly made a custom tour of Jomyoji Temple, Hokokuji Temple, Taurugaoka Hachiman Shrine, Komachi-dori shopping and the Great Bu...
read more

Eri is an excellent guide. We were a group of three (family and friends) who had one free day while working in Yokohama. We decided very last minute to book a guide and visit Kamakura. Eri met us at the Kamakura station and spent 5-6 hours with us. She took us to several key sights and had lunch with us. She is very knowledgeable and has a wonderful, kind personality. She helped us understand the ...
read more

“ A wonderful day in Kamakura with Eri ”

We booked 5 hours in Kamakura with Eri. We met at the train station and from start to finish enjoyed her guidance. She took us to three temples, an amazing ancient cemetary, a walk on the beach, a lovely place for lunch, a visit to a swordsmith and a walk through a lively shopping district. She provided abundant information about everywhere we went and was extremely attentive to our interests. We ...
read more

On May 29th of 2019 we (the group of 6 people from Russia and USA) booked the trip to Kamakura with Eri. Our meeting pount was at Kamakura Station. There were a lot of people as usual at the station, but we recognized Eri immediately as she was wearing beatiful kimono and desperately looking to find our group. That was so nice, elegant, unusual that we understood from the start that our tour will ...
read more

Eri is a fantastic guide! She is kind, knowledgeable, and a great communicator. She was very patient and thoughtful with our 3 year old. The day was like being shown around town by a friend. We really enjoyed taking in Kamakura with Eri and highly recommend her to all!
read more

“ Fabulous day in Kamakura with Eri ”

We are a family of 3 who took a day tour with Eri in Kamakura. She was simply lovely and easy to communicate with. Upon arrival at the station, she was easy to find, impeccably dressed in a lovely kimono. We visited several temples as well as walking through some lovely back streets giving us an intimate view of local life. Her English was terrific and she even had handouts with her as she gave us...
read more

“ Wonderful day with Eri in Kamakura ”

We had a great day with Eri in Kamakura. Not only her knowledge was so good. She share it with such a wonderful way and with so much enthusiasm and love for her country. She also was so patient with us when looking at the different shops around letting us understand what we see and what we eat. I highly recommend to Eri as Kamakura tour guide!!
read more

“ Excellent day in Kamakura and Enoshima ”

We had a wonderful day with Eri! She is so well prepared and knowledge able about the area and its history. We had a terrific time-it was just like taking a tour with a good friend. She was extremely easy to understand and communicate with. She is also flexible and willing to make additions or changes as the day progresses. You cannot go wrong if you choose her as your guide.
read more