9 Best Things To Do in Nagoya: Places You Must Visit

Nagoya is one of Japan’s biggest cities as it’s the third largest metropolitan after Tokyo and Osaka. In ancient times, Nagoya was the birthplace of 3 important Japanese historical figures who unified Japan. These 3 men are Oda Nobunaga, Toyotomi Hideyoshi, and Tokugawa Ieyasu, known as the 3 Great Unifiers of Japan. During World War 2, Nagoya became the target of American aerial attacks because Nagoya was the producer of Japan’s wartime aircraft and its military post was in the Nagoya castle. Now, Nagoya serves an important role for Japan’s modern industries such as automobile, aviation and machinery equipment. Several big corporates such as Toyota, Lexus, Mitsubishi Aircraft Corporation and many more have their headquarters in Nagoya. Just like any other Japan’s cities, Nagoya has a lot to offer and you definitely need to check this city out.

What should I see in Nagoya? 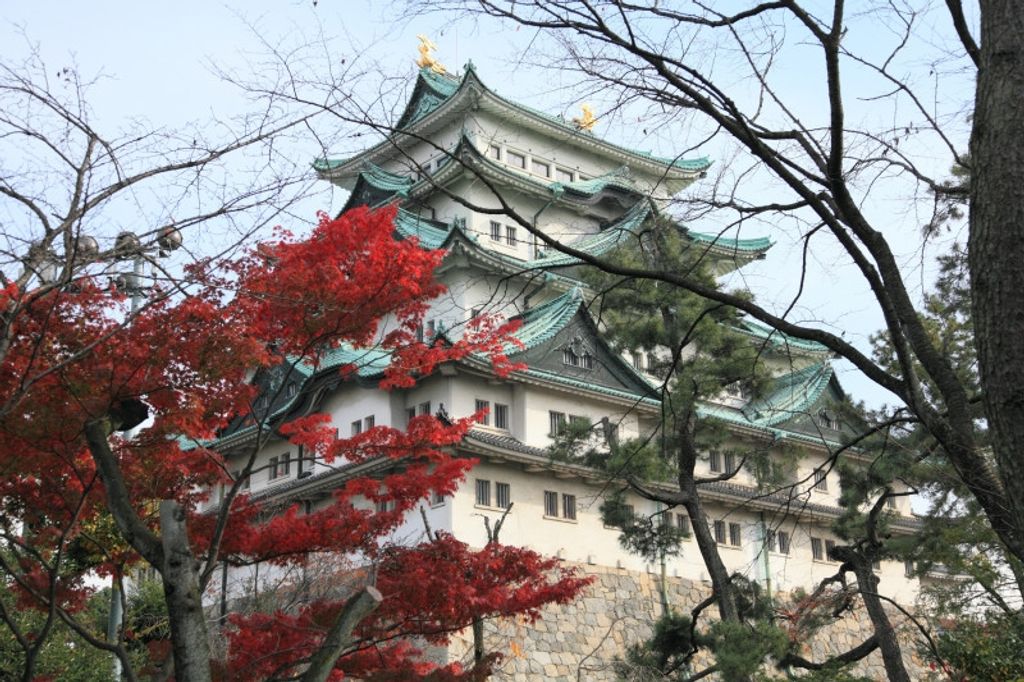 During the Edo period, Nagoya was the base of one of the three branches (Owari branch) of the ruling Tokugawa shogunate. Previously in Owari Province, the capital moved to Nagoya under the order of Tokugawa Ieyasu (founder of the Edo period, Japan’s first shogun of the Tokugawa Shogunate). The castle was then built with materials taken from the previous castle in Owari, the Kiyosu Castle. During the Second World War, Nagoya Castle was used as the Imperial Japanese military command post and unfortunately, it was heavily damaged by the US air raids. But the building was later reconstructed and it was finished in 1959.

This castle has become Nagoya’s signature landmark and one of the most famous places in Nagoya. You can have a nice walk in the surrounding area around the castle, and if you happen to be there during the cherry blossom season, you should definitely go because the castle is Nagoya’s most famous cherry blossom landmark. Or if you are there during summer around early August, there will be a Nagoya Castle Summer Night Festival where you can enjoy bon dancing and fair booths. You can also visit the Hommaru Place which was used as the offices and residences of the feudal lords. It is recognized as the masterpiece of the Edo period because of its high-quality decorations and advanced craftsmanship. To shop and dine to your heart content, you should go to the Yoshinao zone of Kinshachi Yokocho, where you could find Nagoya’s unique culinary experiences.

Opened in 2017, Legoland established its first park in Japan, second in Asia, and eighth in the world. This theme park made specifically for children in Nagoya is the perfect place to enjoy time with your family. It has a lot of exciting attractions, shows, and workshops that your child will never want to leave this place.

The park has 8 themed areas that you can explore all day. There is “Miniland Japan” located in the middle of the park, where you will find the miniature of 10 different locations in Japan from Tokyo, Osaka, Kyoto, and Nagoya, all made out of LEGO bricks. Near the park’s entrance there are “Bricktopia,” where you can make then race the LEGO cars, and “Factory,” to see how LEGO brick is made and receive it as a souvenir fresh from the factory. The rest of the areas are “Adventure,” “Knight’s Kingdom,” “Pirate Shores,” “Lego City,” and “Lego Ninjago World.” They all offer various rides and attractions from discovering treasure in an ancient temple to fighting in a Splash Battle. 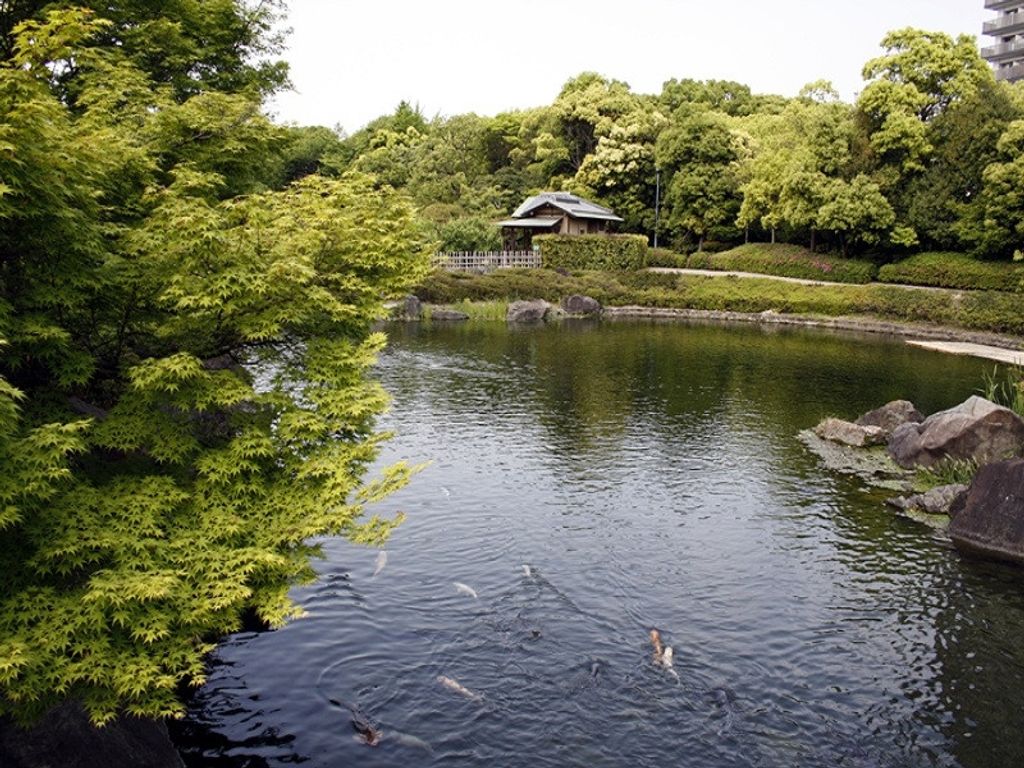 Want to find a serene place to release your stress, recharge your energy or find new inspirations? Then, Shirotori garden might be the answer. As a great sightseeing place in Nagoya, enjoy your time here by strolling around this beautiful Japanese-styled garden along its streams and ponds. The stream here represents the Kiso River, a river flowing from Nagoya, Gifu, Aichi, and Mie ending in the Ise Bay. You can also enjoy sipping Japanese tea in the complex of tea ceremonial rooms called Seiu-tei, located in the center of the garden. The Seiu-tei is an authentic traditional Japanese architecture of the tea ceremony cottage, making it a perfect combination of beauty with the garden. 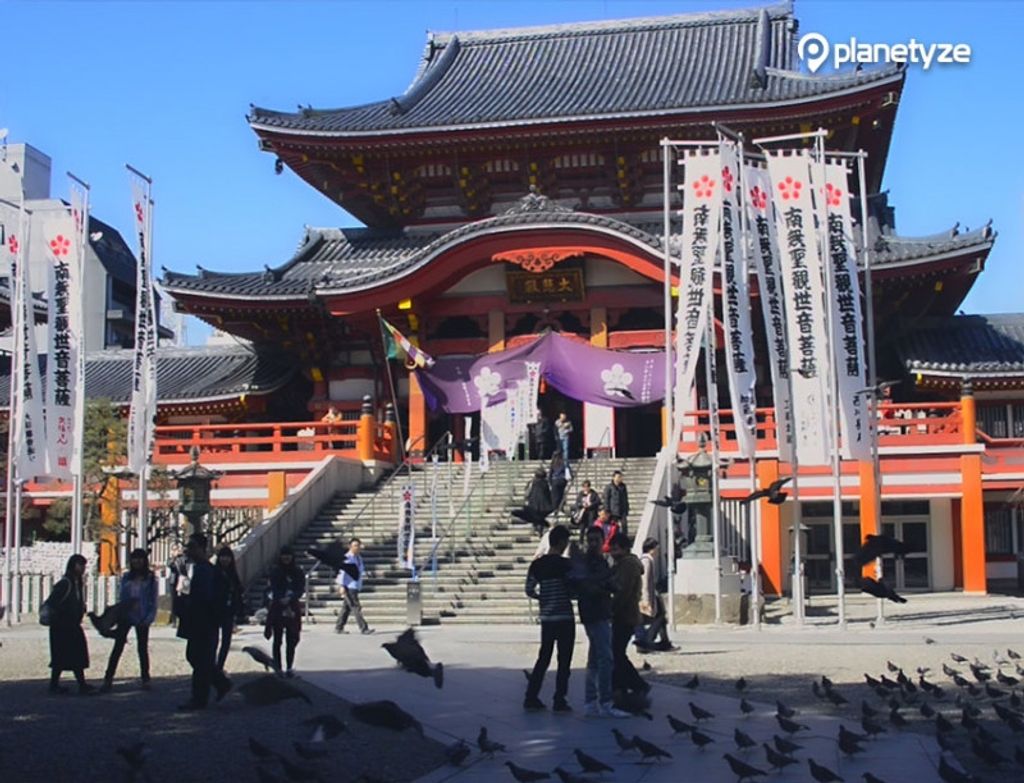 The temple is Nagoya’s most famous Buddhist temple and home to one of the biggest Kannon (goddess of mercy) statues in Japan. There is a library inside that has over 15,000 ancient Japanese and Chinese texts, national treasures, and important cultural properties. For example, the historical reprint of the Kojiki, the record of Japan’s earliest history. There is another trait for this temple that you should not miss, which is its shopping arcade that has more than 1,200 shops and restaurants. The shops range from secondhand clothing, electronics, cosplay, anime to cafes.There is also a flea market held every 18th and 28th of each month. 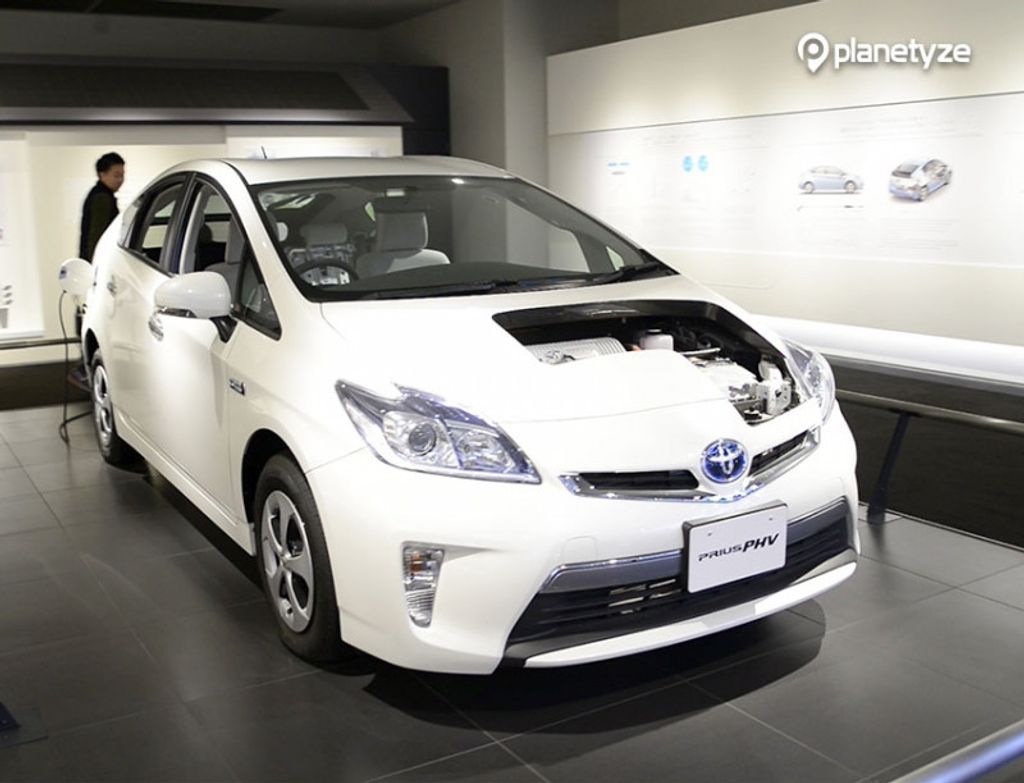 Having its headquarters in Nagoya, Toyota also has 2 museums that you should definitely visit, especially if you are a big fan of cars. The first museum is the Toyota Automobile Museum that emphasis more on displaying automobiles than the second museum, which is the Toyota Commemorative Museum of Industry and Technology. The second museum is focusing more on the establishment history of Toyota and the company's philosophies.

The first museum was built in order to commemorate the history of the automobile. Therefore, the museum exhibits automobile’s history from its birth in the 19th century to the present day. Inside, there is the Automotive Gallery that has 140 vehicles from Japan, Europe, and the US showing the diversity and its historical progress of automotive technology from gasoline-powered automobiles to modern cars. On the second floor of the gallery, the Automobile Culture Showroom exhibits roughly 4,000 items that are related to automobiles such as posters, toys, and car mascots.

The second museum is less about automobiles and more about the Toyota corporation. The museum aims to introduce the visitors of the Japanese manufacturing technologies. Inside, you will find the Textile Machinery Pavilion, Metalwork Exhibit, Automobile Pavilion and many more. 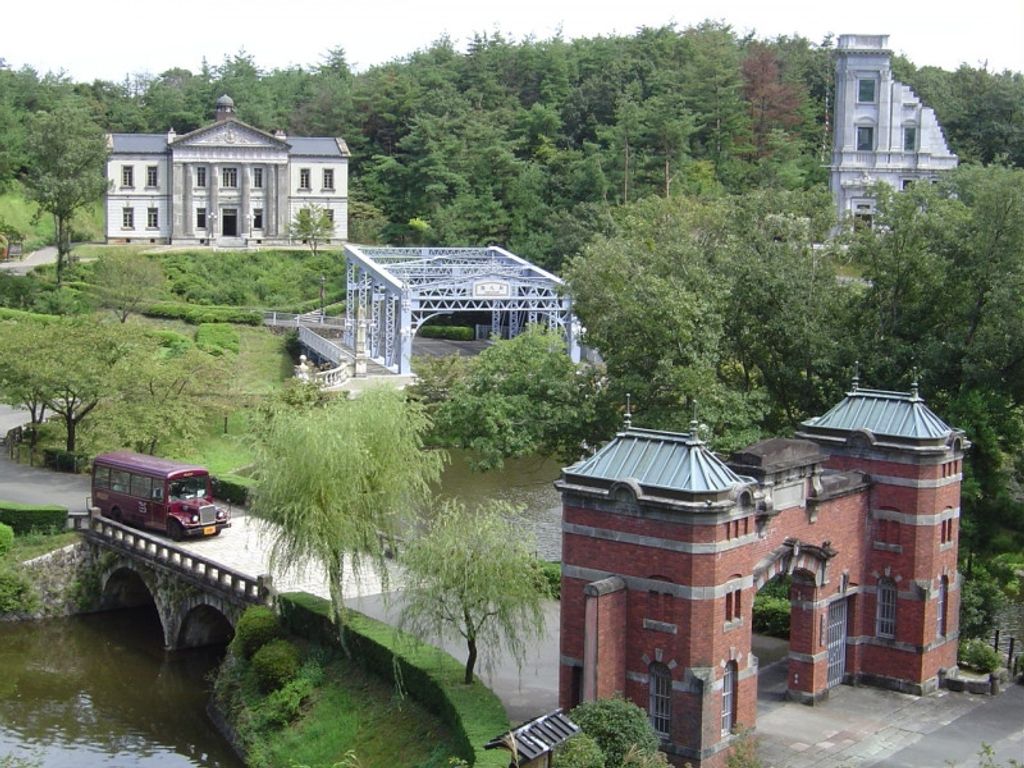 Opened in 1985, Meijimura is an outdoor museum preserving and displaying over sixty architectures of the Meiji Period (1868-1912). The period marks the end of Japan’s feudalism and isolation, and the beginning of Japan’s modernization and industrialization that were influenced by the West. This is why most of the buildings presented are heavily influenced by Western characteristics. Unfortunately, due to earthquakes, war damages, and post-war development projects, many of the Meiji-period buildings did not survive. Thankfully, Meijimura Museum Complex was developed to save these precious cultural architectures from extinction, all thanks to Dr. Yoshiro Taniguchi, the first director of the museum. He and his friend, Mr. Moto-o Tsuchikawa together brought precious buildings that were about to be destroyed to Meiji-mura and rebuilt them to their original condition. The buildings they brought, originated from places all around Japan to Hawaii, Brazil, and Seattle. You can stroll around in this park taking the beauty of each buildings or if you are tired walking you can hop on to the steam locomotives or streetcars. There are also performances you can see in the Kurehaza Theater or tasting sake in Kyoto’s former Nakai Brewey. 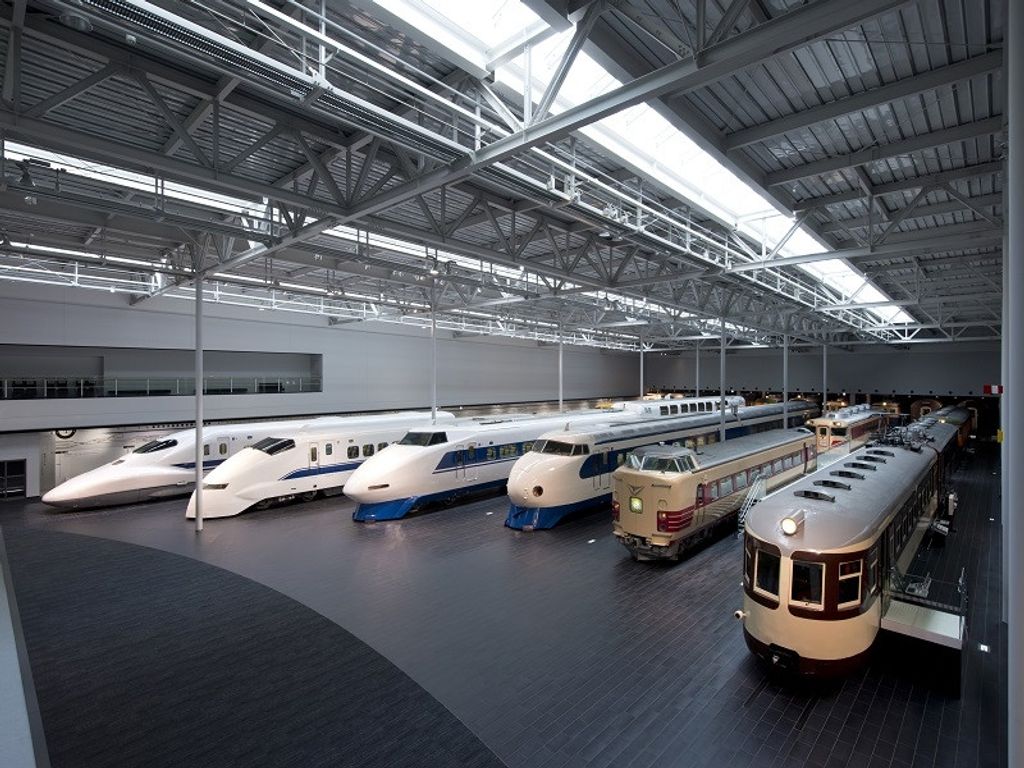 The railway museum is opened in 2011 and operated by Central Japan Railways, the main railway company in the Chubu region of central Japan. It exhibits the dynamism of Japan’s railway, displaying 39 trains from a Superconducting Magnetically Levitated Vehicle (Maglev), bullet trains (shinkansen) to historic steam locomotives and electric railcars. The museum’s popular attraction is the paid train simulator. There is a Shinkansen Driving Simulator featuring the replica of Series N700 of the Tokaido Shinkansen which cost you JPY 500 for 15 minutes. Next is the Conventional Train Driving Simulator that cost JPY 100 for 10 minutes. The other one is the Conventional Train Crew Simulator where you can dress like the train crew, observing the train doors opening and closing and giving train announcements to passengers. 15 minutes will cost you JPY 500. The museum also offering to its visitors one of the largest train dioramas in Japan with a theme of “A Day in The Life of the Railway”. The diorama has carefully detailed city miniatures of Tokyo, Osaka and Nagoya completed with the miniature trains running. 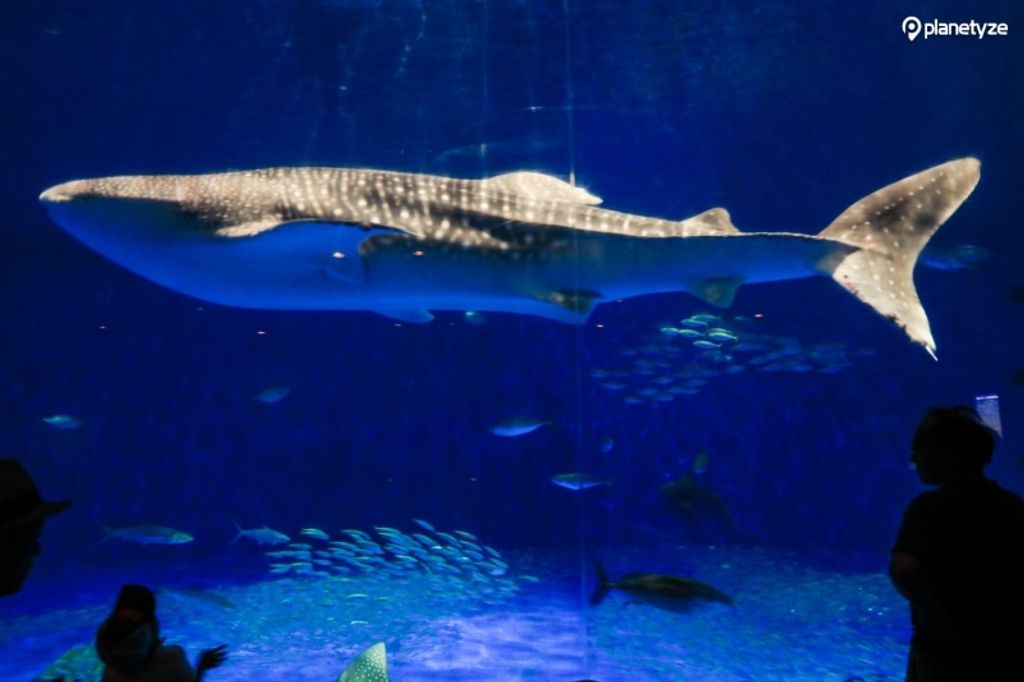 This aquarium is one of the best and one of the largest that Japan has. It has 2 buildings, South Building and North Building. South Building theme is “A Journey to The Antarctic” and just like how the name says, it will show you marine life from the seas around Japan to the Antarctic. The other includes deep sea gallery showing creatures from the deep seafloor, tropical marine life displaying large coral reef tank, sea turtle migration tank, and lastly Australian freshwater life. The theme for the North Building is “A Journey Spanning 3.5 Billion Years: Animals that Have Returned to The Seas.” Here, there’s a feeding and training performances that feature the marine mammals such as killer whales, dolphins, and beluga whales. Another unique show the aquarium offers is the “Tornado of Sardines” where you can witness the mealtime scene of a large school of sardines. 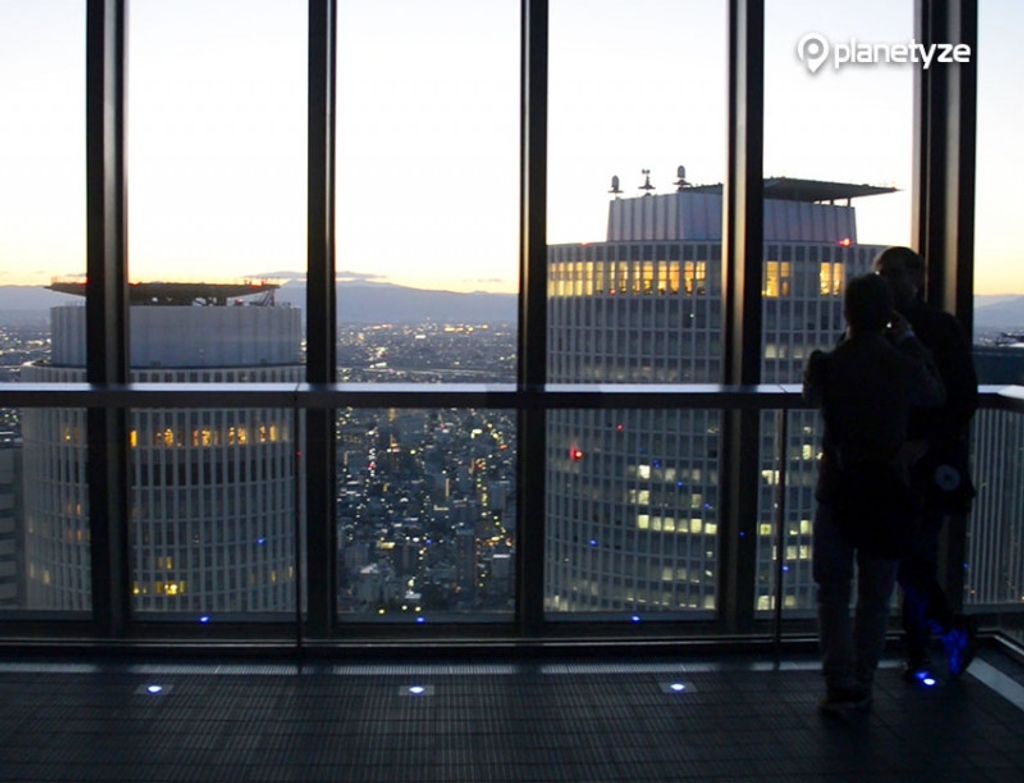 Travelling to one of Japan’s biggest cities you should definitely enjoy its bustling city lights view from the tallest building in Nagoya. And this place is called the Midland Square Sky Promenade. Located in the highest part of the Midland Square building, which is from 44th to 46th floor, you can enjoy a 360 degree mesmerizing view of Nagoya. The sky promenade is the highest outdoor observation platform in Japan’s Tokai region. Aside from the sky promenade, you can also have a pleasant dinner with your loved ones in the Sky Restaurant that located in the 41st and 42nd floor. While you are there, if you want to do some shopping, head down where you will find world-renowned brand shops in the 1st to the 4th floor.

That’s it for our recommendations on the best things to do in Nagoya. But Nagoya still has so much more for you to visit and see. If you want to know more information about Nagoya or Japan, feel free to ask one of our guides. They will be happy to help you out and answer all your questions.

Are you in the middle of planning your trip to Japan? Are you worried about the language difficulties when you arrive in Japan or are you having a hard time planning it all on your own? Each year Japan receives millions of tourists from all over the world, yet English is still not widely spoken. Also, travelling in Japan will require you to use the public transportation, especially, the public train. Many foreigners are having difficulties with the train system in Japan because they are not familiar with it and because they don't understand the language. Worry not, because we are here to help you have the most memorable time in Japan.

At TripleLights we provide professional guides and tours to customers based on your preferences and convenience. In our website, you can find various tours carefully planned to meet your interest and if you can’t choose one, you can also request a tour. Our guides then will plan it just for you and you only.

If you are interested to have a private tour in Nagoya with our local guides, click here

Ten of the Most Amazing Sights in Nagoya

Plan your trip to Nagoya