4 Great Things to do in Kochi

If you are heading to the island of Shikoku, then we recommend you take a trip to Kochi. A place that sits next to the Pacific Ocean, offering great sea views and plenty of nature. A three hundred year old market at Kochi Castle is a popular attraction, along with Kitamura Village, which features a garden styled in the theme of Claude Monet's paintings. Here are the four top sights: 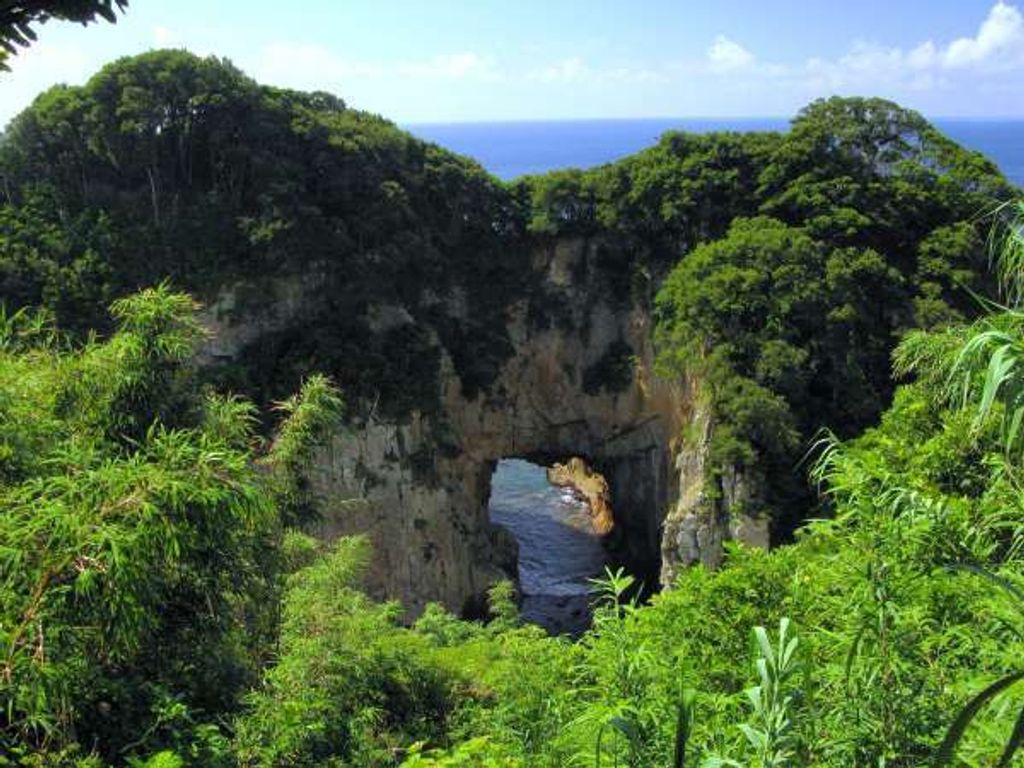 Cape Ashizuri located in Ashizuri-Uwakai National Park is a cape that is the southernmost point of the island of Shikoku that juts out into the Pacific Ocean. It has also obtained 2 stars in the Michelin Green Guide Japon. The scene of the dynamic Pacific expanding 270 degrees as seen from the observation point will have you see the arch of the horizon and feel the roundness of the Earth so that you can realize the grandness of Mother Nature.

The nature trail from the parking lot is recommended. First off, there is the Hakusan Doumon which is a rock on the beautiful ocean with a hole through it. Japan’s largest cave entrance measures 16m in height, 17m in width and 15m in depth. Going down the trail, you can hear the spectacular sound of waves from the Kuroshio hitting the area and feel the process of it carving through the rock face over eons. You will reach the entrance to Cape Ashizuri in about 10 minutes on the trail, and when you walk on the left side of the path in front of the observation point, you will come across the Camellia Tunnel which is ideally seen between mid-January and the end of February. Traverse the tunnel of subtropical flora while viewing the sea and then you will encounter the Tengu-no-Hana point where you can spot the lighthouse. Getting back to the trail, head for the observation point. From there, you can view the chalk-white Ashizuri Lighthouse, Kongoufuku-ji Temple and the wonderful windswept forest. In back of the observation point, there is a bronze statue of Tosa-born“John” Manjiro Nakahama who became the first Japanese person to visit the United States 150 years ago. Beyond that point, there is Ashizuri Lighthouse on top of the 80m-high cliff which since its opening in 1914 has become a symbol of the cape while looking over the safety of offshore ships coming and going. At a height of 18m and boasting Japan’s best luminescence, it has also been selected as one of the nation’s top 50 lighthouses. 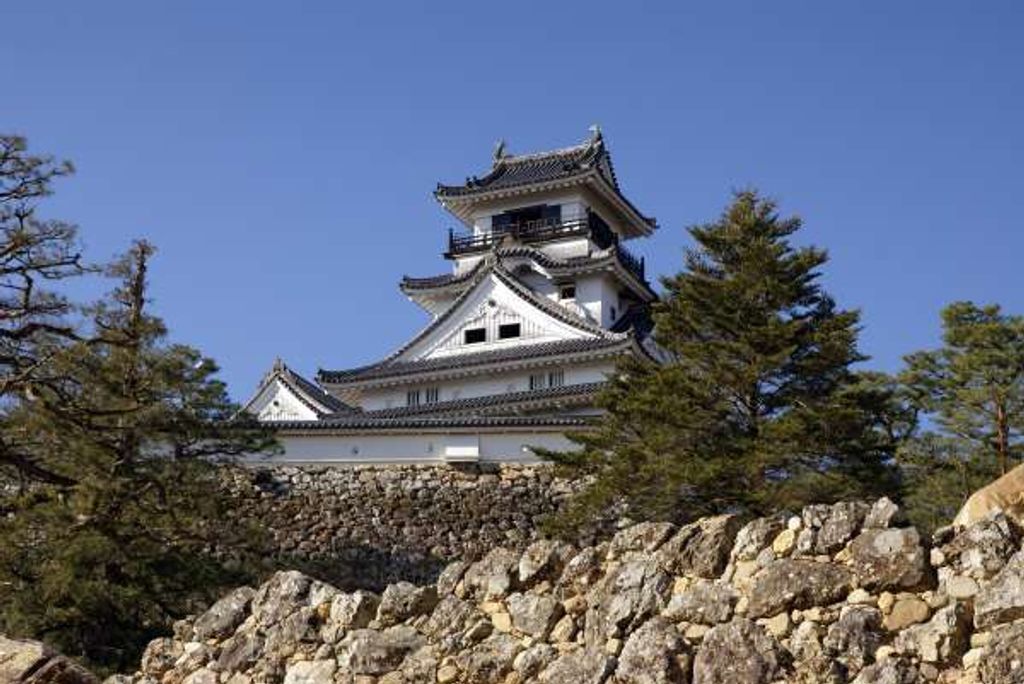 Since its construction in 1601 by the daimyo (feudal lord) of Tosa, Kazutoyo Yamanouchi, Kochi Castle has overcome various crises of natural disaster and war over its 400 years. The castle’s surviving keep was reconstructed after a fire in 1749, so it is one of only 12 surviving wooden keeps in the nation and a precious cultural property of an old style from the early days. Starting with the keep and the Ote-mon gate, there are 15 structures that have been nationally recognized as Important Cultural Properties. Starting your tour of the castle by entering the main Ote-mon gate is recommended. The Yagura-mon gate with its roofed passages on top of the stone walls is of grand and bold construction. There are only 3 existing castles in Japan that have kept both their keep and Ote-mon gate, and the keep can only be viewed from in front of the gate so it is popular as the ideal spot to take a picture. After going past the gate on the left, there is a statue of Kochi-born Taisuke Itagaki who was the father of the democratic popular rights movement. A statue of Kazutoyo Yamanouchi is in front of the library near the Ote-mon gate, and the equestrian statue is the largest in Japan. The Cedar Stairs that head up to the castle from the Ote-mon gate were constructed so that they would be difficult to climb, and by those stairs, a statue of Yamanouchi’s wife is located. Within the Honmaru (inner ring of defense), there remain the keep, the palace, a storehouse, a corridor gate, and many other structures that are precious places of interests within the country. The keep is a lookout type consisting of 4 levels on the exterior (3 layers and 6 floors inside), and on the top floor, there are cornices and railings. From there, you can get a panoramic view of the city of Kochi as well as the surrounding mountains such as Mt. Hitsu and the Kitayama Mountains.

A 300-year-old Sunday market 1.3km to the east of the Ote-mon gate, there is the 300-year-old Tosa Sunday Market which is held every Sunday from early morning to sunset so you will want to drop by there. There are about 500 shops all lined up with products such as vegetables, fruits, hardware and plants, so it is a market that benefits the lifestyles of the local residents. 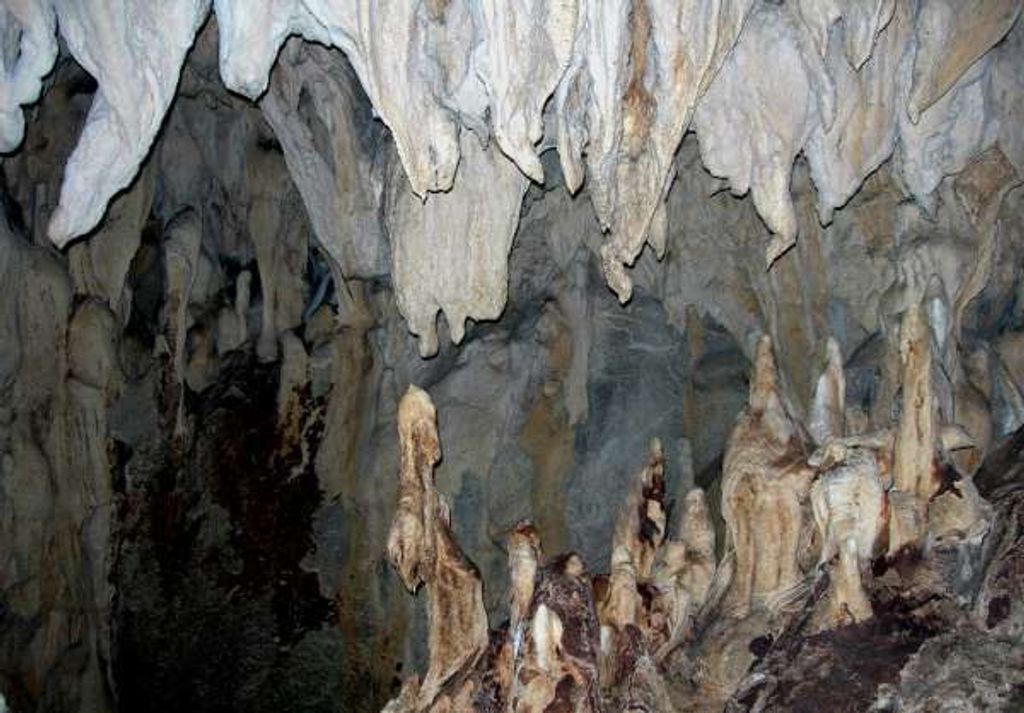 Ryugadou is located on Mt. Sampo and is considered to be one of Japan’s three great limestone caves. Basically divided into 3 caves, the limestone cave is said to have a total distance of 4km which includes 24 branch caves winding in a complex, maze-like pattern. 1 kilometer has been opened to the public. The inside of the cave maintains an average temperature throughout the year of a refreshingly cool 15 degrees C, and by the entrance to the cave, Ryuou Shrine brings spiritual protection for all those who enter the cave. Inside, stalactites with various shapes such as a chandelier and even Ryoma Sakamoto can be seen, and by the exit, there are remnants of a cave lifestyle in the Yayoi Era 2000 years ago. There is also the unusual sight of an example of Yayoi Era pottery encased in limestone. Next to the cave, there is a museum which features displays of objects discovered in the cave as well as scientific material on the natural environment, and The Rare Bird Center which breeds and exhibits the long-tailed rooster, a Special Natural Monument of Kochi. The prefecture is famous as a breeding ground for special brands of chicken. Both facilities are open to the public free of admission.

Along with the general tourist course (reservations not required), there are 2 other courses with the more popular one being the Adventure Course. Requiring phone reservations up to the day before the tour, a helmet with a headlight is included with the rental overalls and boots. With a guide, you proceed in total darkness, and branching away from the middle of the tourist course, you enter the Adventure Course, as you follow on a narrow path for a distance of 200m, and climb up a wooden ladder and a cliff for a genuine adventure. Then there is the Darkness Experience Course which is popular for those who are bringing the kids. Only operating on the 2nd Sunday of the month, the lighting on the general tourist course is turned off and lanterns turned on to provide a thrilling but safe tour. 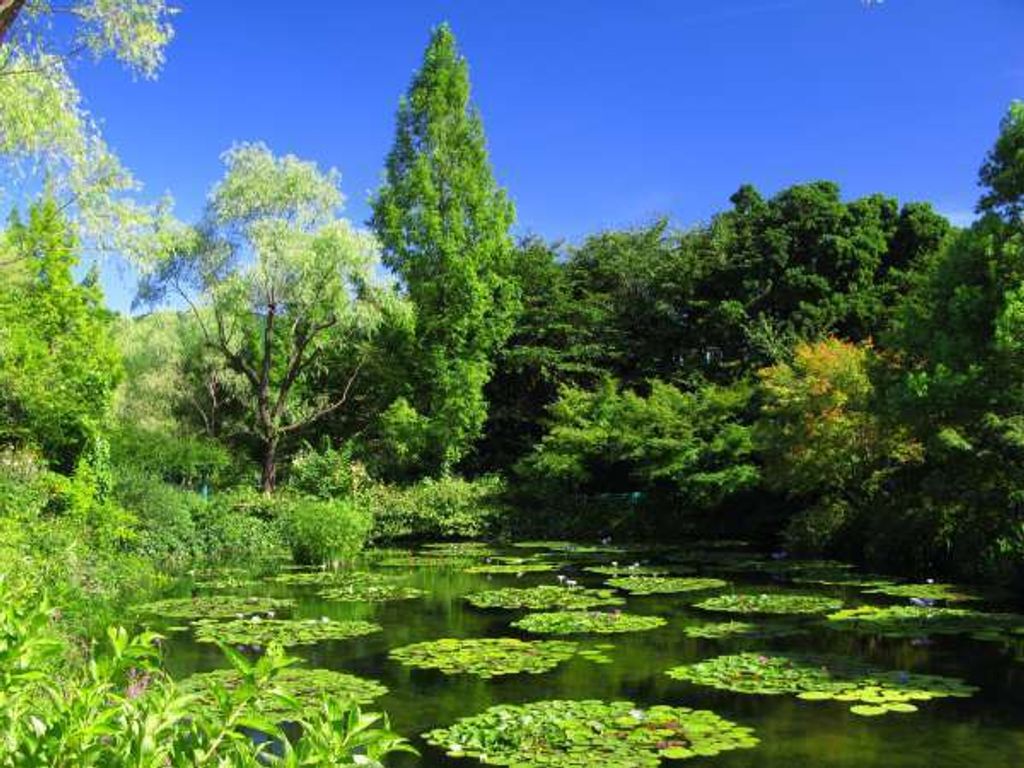 An official Monet garden that is unique in the world has been recreated, thanks to the cooperation of the Fondation Claude Monet and many years of negotiation for the sake of revitalizing Kitamura Village, of the garden in Giverny, France that master Impressionist Claude Monet built to be able to create his own paintings. Within the approximately 30,000㎡ grounds, about 68000 flowers are planted so that a lovely landscape can be enjoyed throughout the four seasons. The garden is divided into 3 smaller gardens: the Light Garden which has the theme of the works Monet painted under the sun of the Mediterranean Sea, the Flower Garden where flowers from all four seasons bloom in colors like those on an artist’s palette, and the Water Garden reminiscent of his masterpiece “Water Lilies”. From the open deck that leads from the gallery to the Flower Garden, the mountains, rivers and the ocean can be seen, and at dusk, the sun setting into the Pacific is beautiful. You will want to take a leisurely stroll among the flowers while visiting facilities such as the Forest Playground which has a slide and balance beam for the kids, a café which has a motif of the kitchen and dining room that Monet used, a store selling homemade bread and ice cream, and a gallery shop that has Monet goods.

The water lilies are in bloom between late April and early November, but it’s the period between spring and early summer that is particularly beautiful for the rich colors, and in late May, the Rose Arch that Monet doted upon goes into bloom and plenty of water lilies can be seen. The blue water lilies that cannot be bred in the original garden in Giverny, France due to the climate can be seen in late June in Kitamura Village, thanks to the strong efforts of Gilbert Vahé, the custodian of the Giverny garden. A variety of other flowers can be enjoyed depending on the season such as tulips, Iceland poppies, dahlias and sage.

Plan your trip to Kochi