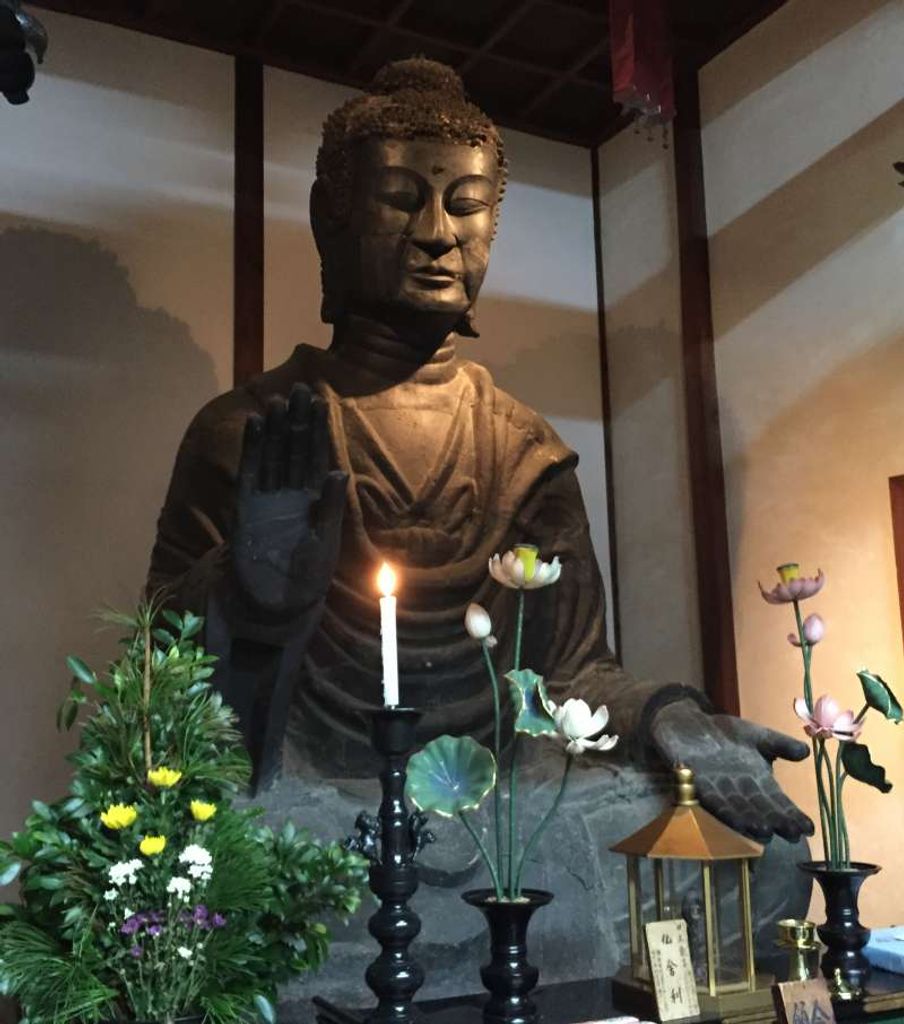 Tha Battle between the Soga and Mononobe

In the 6th century there were 2 family groups named Soga and Mononobe.

They were against each other due to the religious opposition where the Soga Family positively tried to support Buddhism which was a new foreign religion while Mononobe wanted to stick to Japan’s original religion, Shinto. 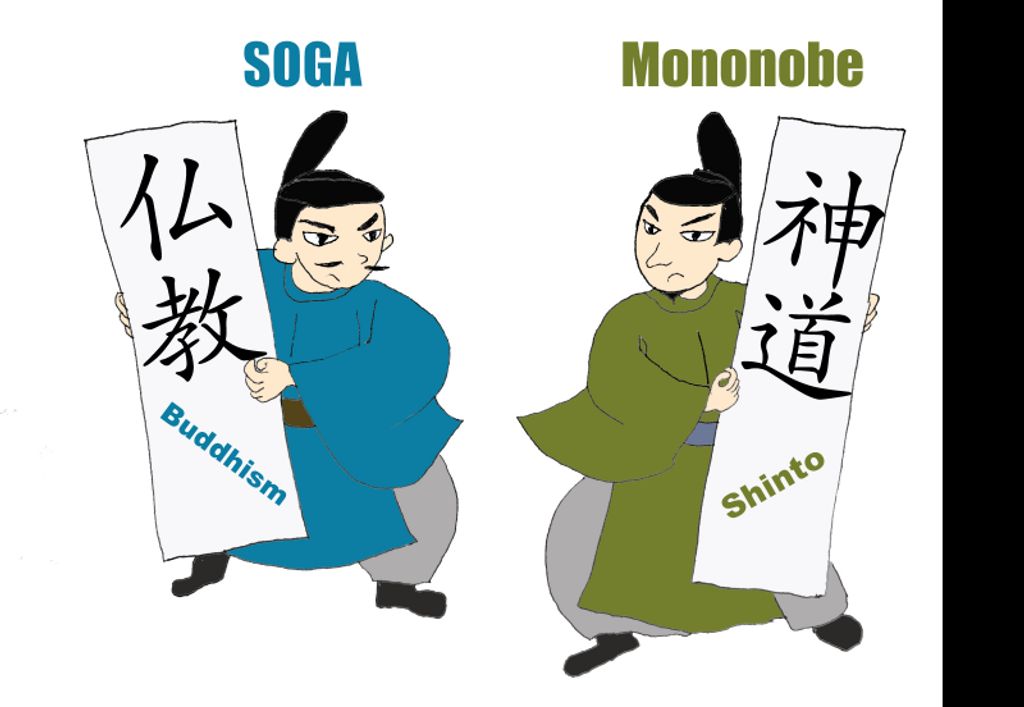 Eventually the Soga family won and the Mononobe family failed. Buddhism started to spread rapidly after that.
Prince Shotoku was very close with the Soga family and took their side during this battle.

The Asuka temple was founded during the late 6th century by Soga-no-Umako, one of the family member of Soga.

In order to show off the power of the family they had to create something great, which turned out to be a huge temple.

Although they do not exist any more, there were  pagodas in the middle of the land surrounded by three main halls and cloister having a central main gate and a south main gate at the south. 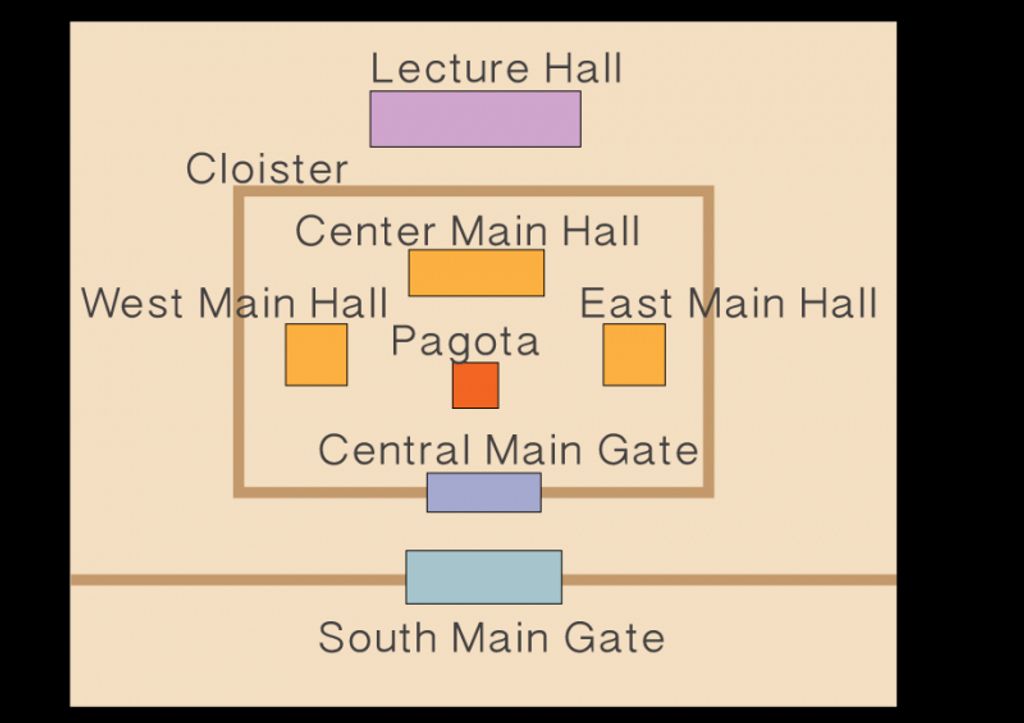 In the 8th century, along with the transfer of the capital, Asuka temple moved to the new capital and changed the name to Gangoji temple.

Now, the original Asuka temple remains as a relatively small temple compared to older temples in the same era such as Horyuji or Shitennoji in the Nara prefecture. 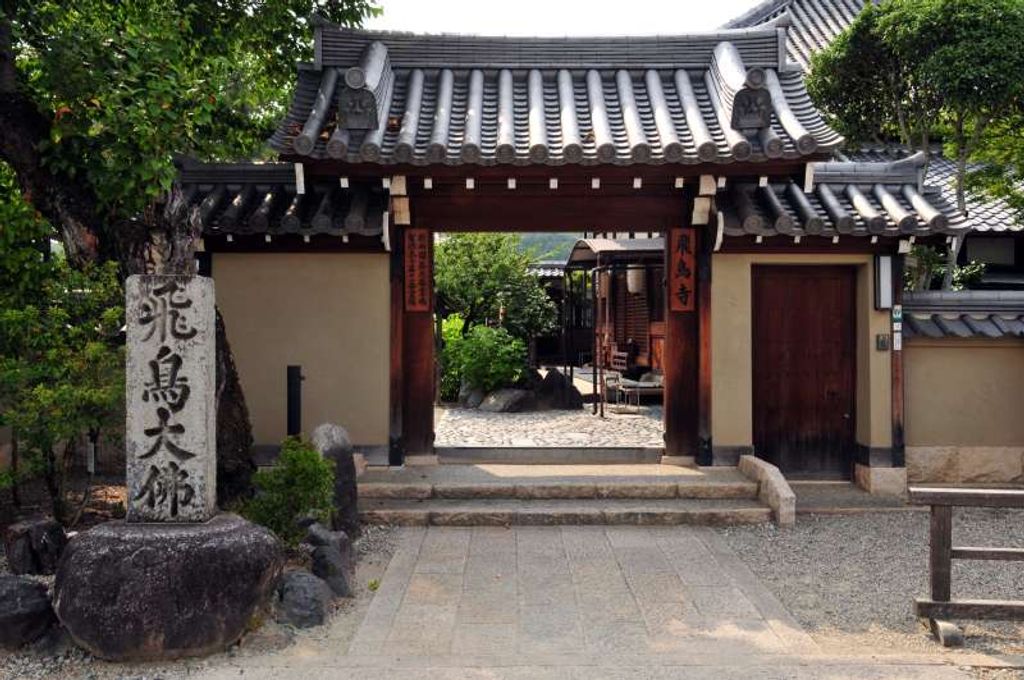 Most of the structures have disappeared, but you can still see the great Buddha statue enshrined at Asuka temple. 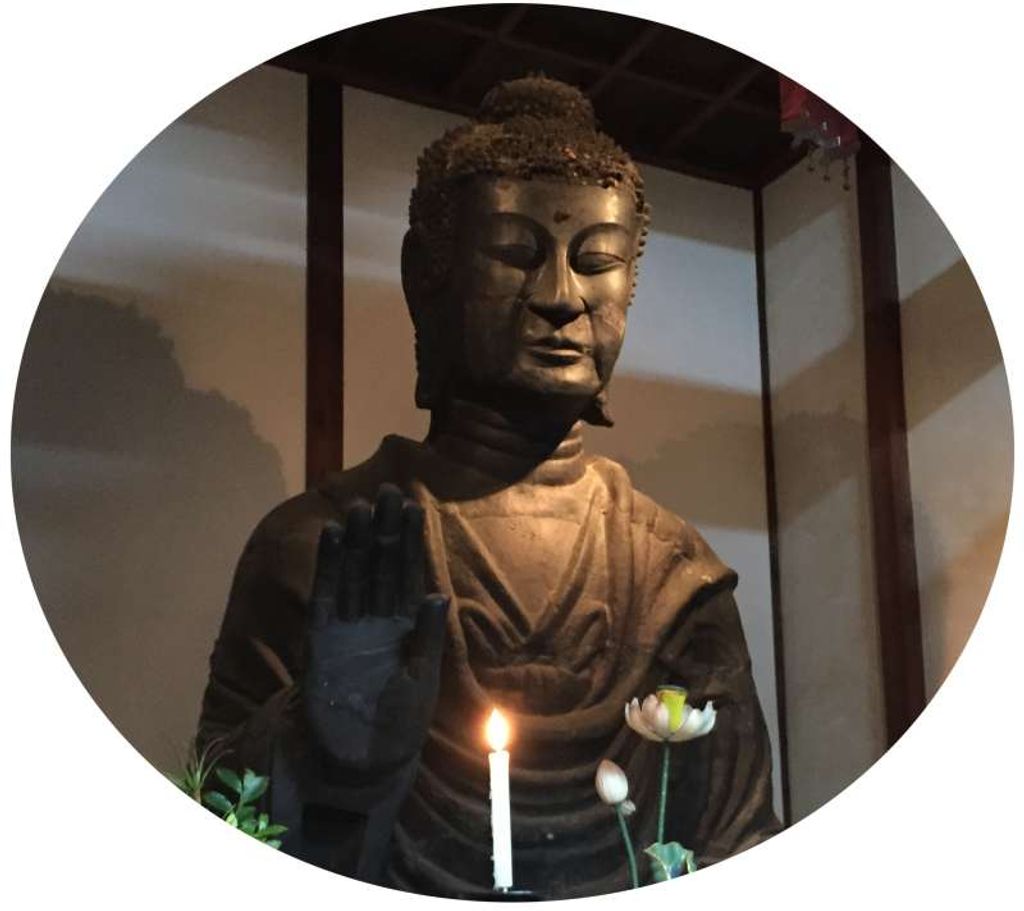 Asuka great Buddha which was made in 609 A.D. is the oldest Buddha statue in Japan.

It is about 150 years older than the other great Buddha statue in Todaiji temple.

Since the sitting height of Asuka great Buddha is 275cm or 9 feet, it is called “great” Buddha.

Shotoku took action to create this statue and asked Tori Busshi to make it.

Tori Busshi was a very popular sculptor known for his high quality technique in the late 6th-century and early 7th-century.

His artwork features almond shaped eyes, the slightly raised corners of the mouth, long face, and possesses a neat and strong atmosphere.

Another work of Tori Busshi, three shakyamuni statues, can be seen in Horyuji temple as well.

It is made of bronze mold and covered by gold leaf.

We never saw the golden appearance of the Asuka buddha because the gold surface came off over the ages. However, people during this period must have admired this huge golden buddha statue as Soga no Umako planned. 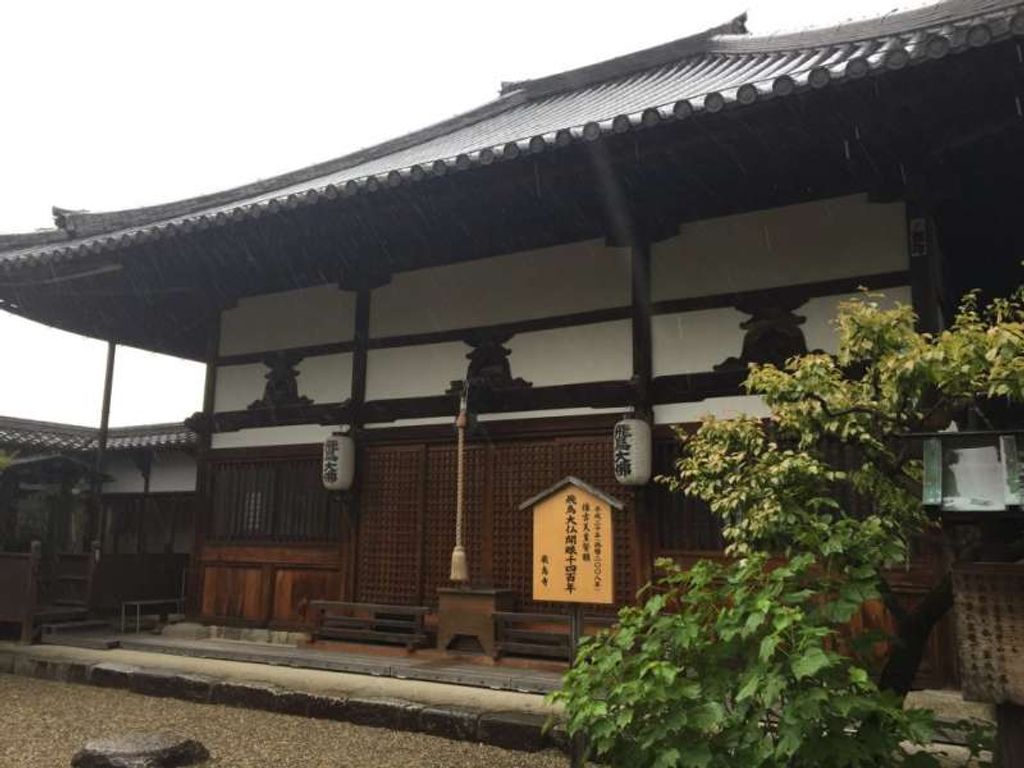 Asuka temple is a small and quiet temple, but it is worth visiting.

You take off of your shoes and will be able to come into a main hall, where you can see the Asuka great Buddha statue very close to you in a small room.

Imagine, there were once the Japanese early politicians intentions, people’s curiosity towards the new religion, up and coming creator’s technique and huge golden buddha statue. 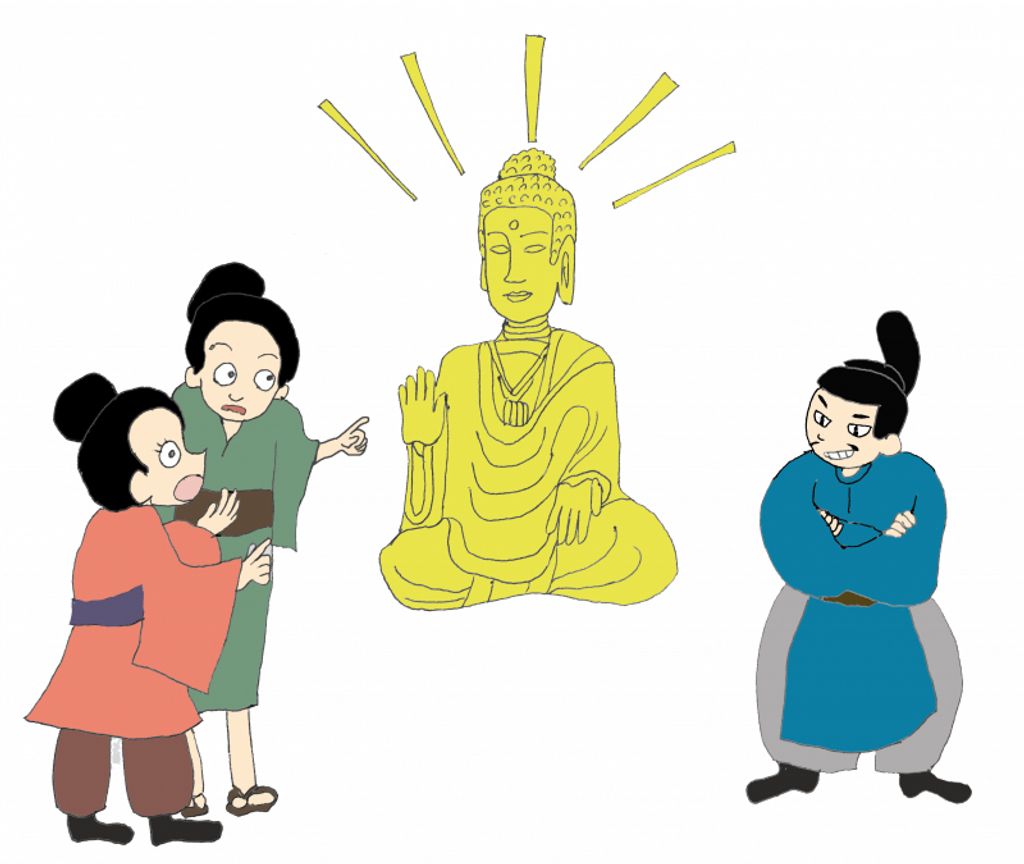 Plan your trip to Nara with Lisa W.