I believe that Wakayama prefecture is one of the best tour spots in Japan as theme park of both mountain worship sacred places and magnificent nature landscape which was created by enormous rising of the land caused by the earthquakes occurred in ancient period of 15million years ago with excellent hot spring resorts thanks to the nature history.

At this time, I visited following tour spots in Wakayama prefecture.

I would like to introduce these tour spots we visited in four days (three nights and four days) each by each in my blogs.

Following is the itinerary outline in this blog.

The landscape along by the beach of Kii peninsula and the mechanism how this geography has been created:
I learned how the geography of Kii peninsula in Wakayama prefecture has been created during staying Geopark of Nanki-Kumano.
About 18 million years – 15 million years ago, the depression look like a tray on underground layer of 1500 km depth from sea surface, sands and mud flew out from the land had been accumulated and formed as the sedimentary formations as the base of the land. After the occurrence, about 15 million years – 14 million years ago, enormous magma had appeared on underground and those magma had pushed up to the original formations.  Then, those magma had become the solid-state by being cooled and the igneous rocks had been created.
As such, Kii peninsula consists of various type pf land layers mixed that has let this Kii peninsula created beautiful landscape, various plants & animals, various onsen/hot springs and special culture related with the belief in Kumano.

1) Onigashiro/stone wall:
Onigashiro/stone wall is located in the south of Kii peninsula of Mie prefecture. The igneous rock on Kumano made by Acidid rock had rushed into the sedimentary rocks in Kumano land layer that had caused the rising of the land. After the occurrence, due to the erosion by winds and waves attacked there, only the igneous rocks has been remained that has created the nature art of Onigashiro.  This stone wall continue with about 1km along by Kumano-nada sea. 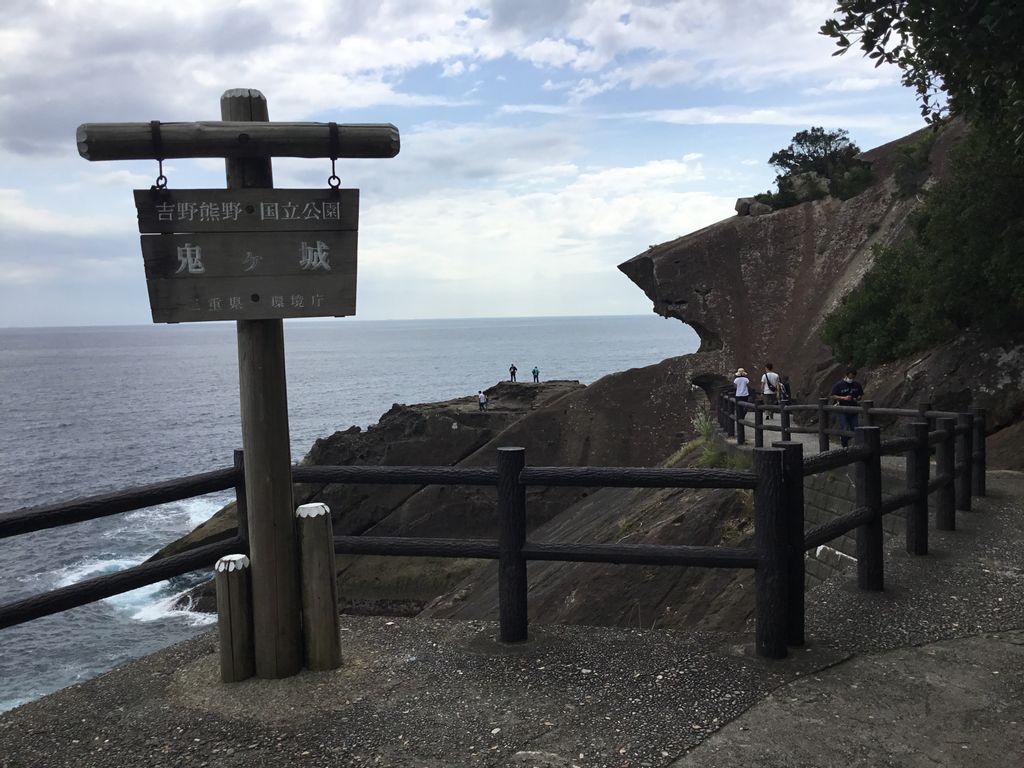 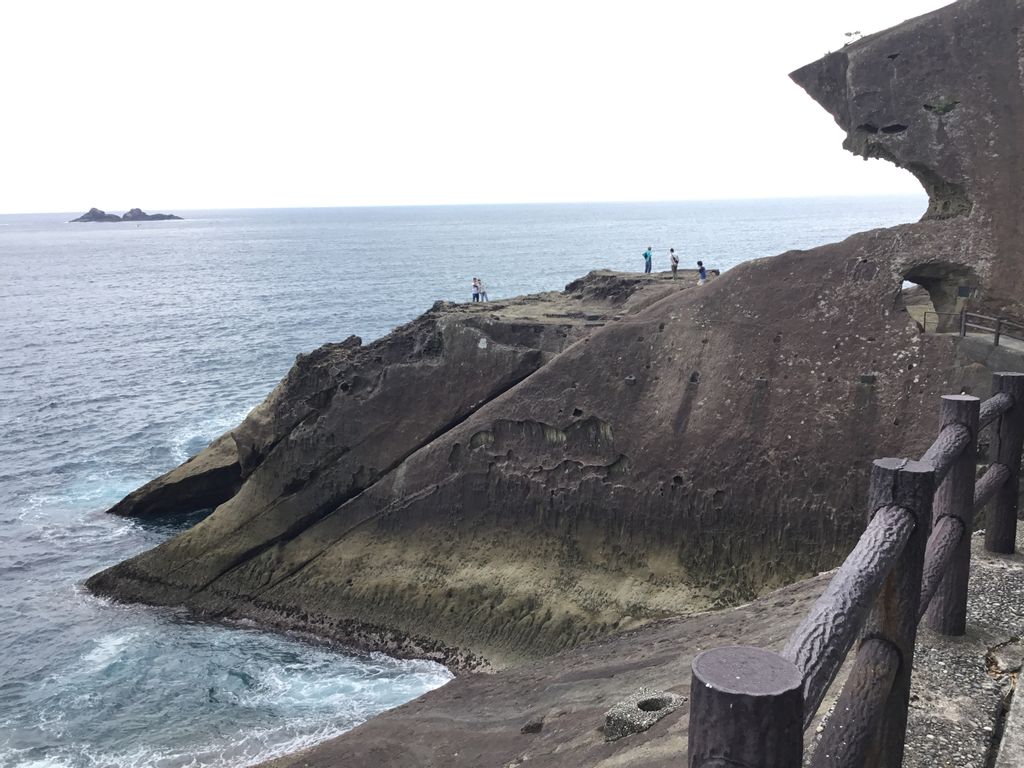 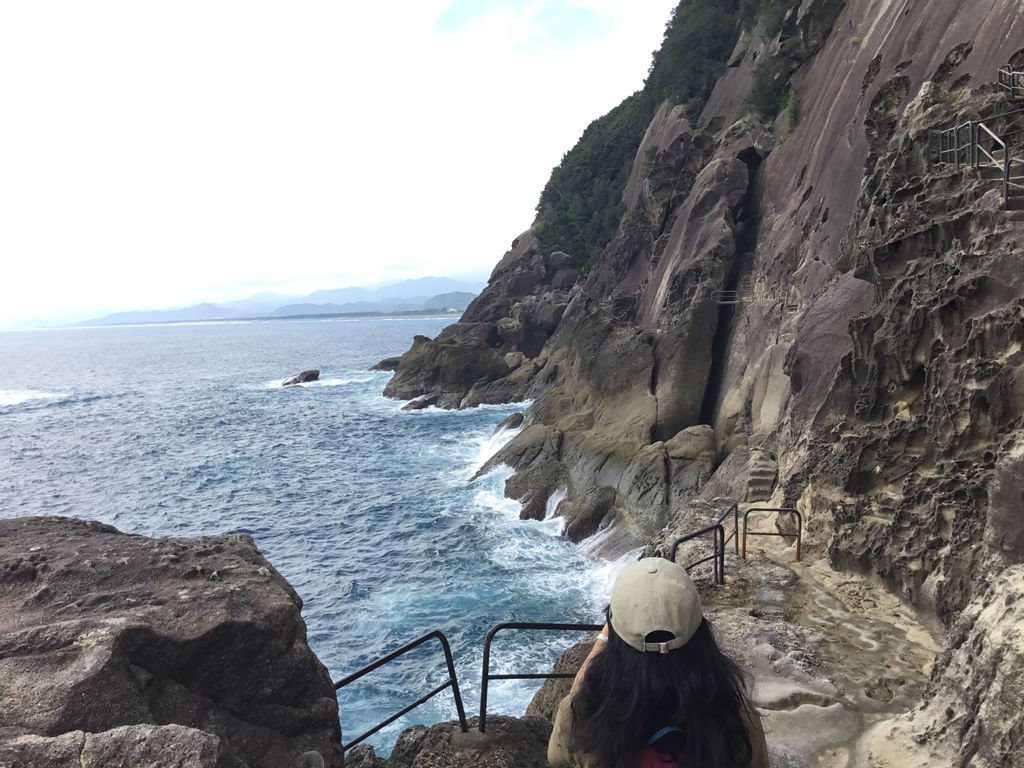 2) Hashikui-Iwa rocks:
Enormous magma had appeared on underground and those magma had pushed up to the original sedimentary formations. Then, those magma had become the solid-state by being cooled and the igneous rocks had been created. It is considered that the sedimentary rock layer had been disappeared by the sea water erosion with only the igneous rock layer has been remained that has created Hashikui-iwa rocks. 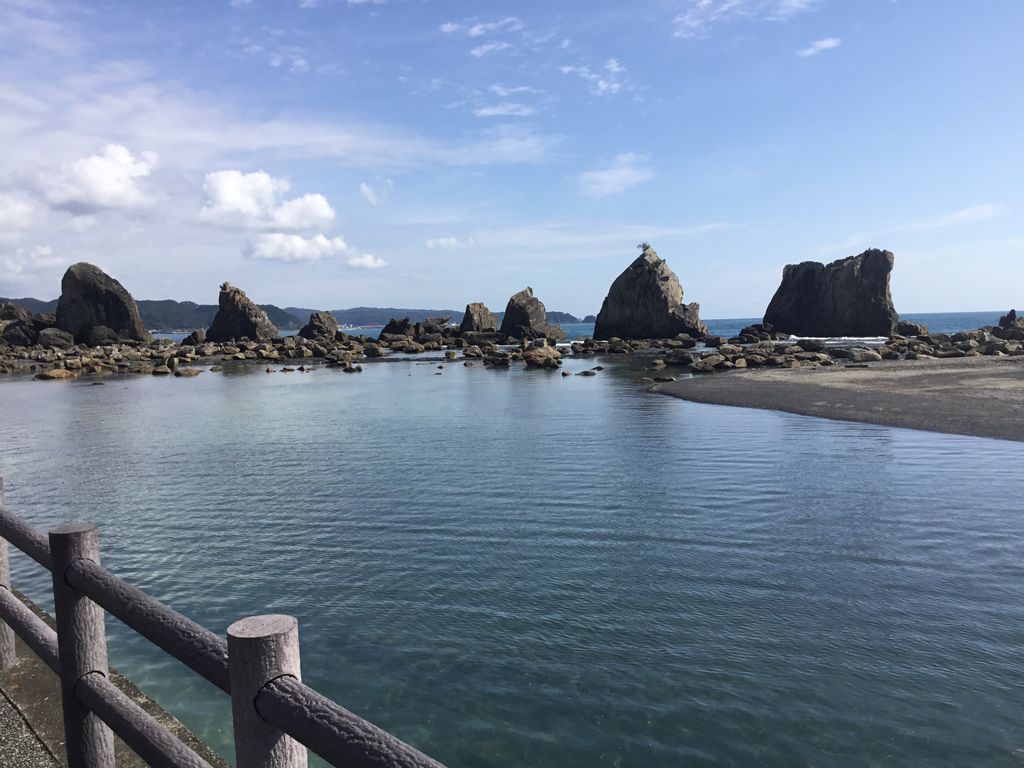 3) Sandan-heki /stone wall:
Sandan-heki is a big stone wall built up along by the beach by about 2km long and maximum 50 meter height. On 36 meter under the ground, the sea cliff has been created.
It is considered that the sedimentary rock layer had been disappeared by the sea water erosion with only the igneous rock layer has been remained that has created Sandan-heki. 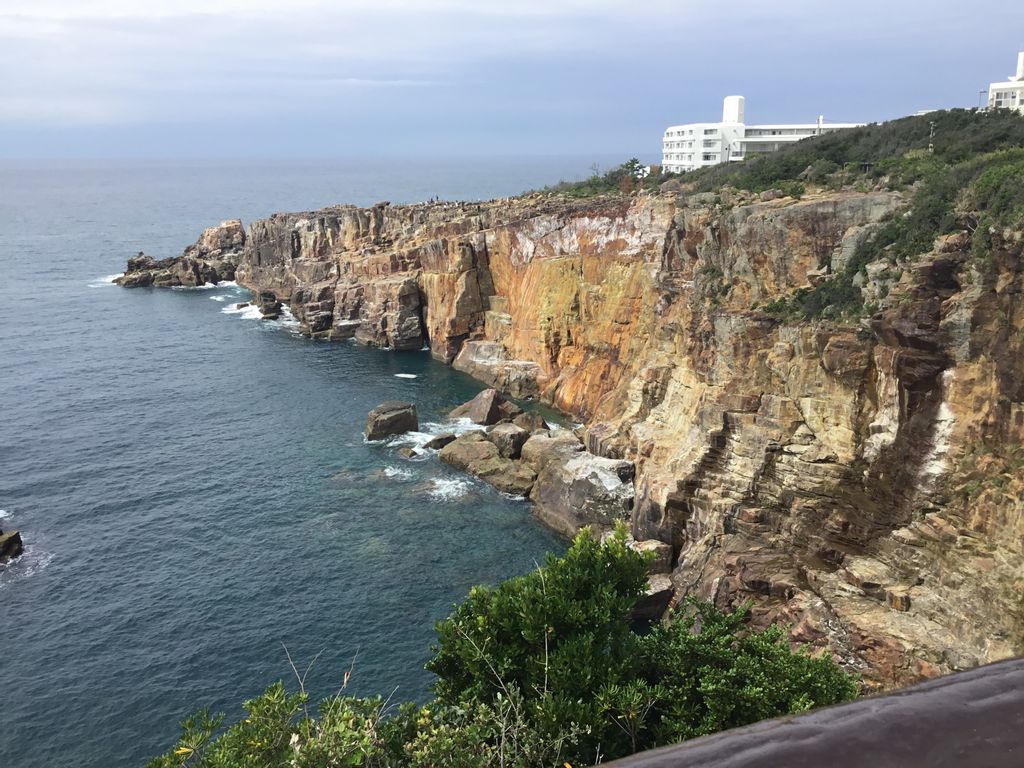 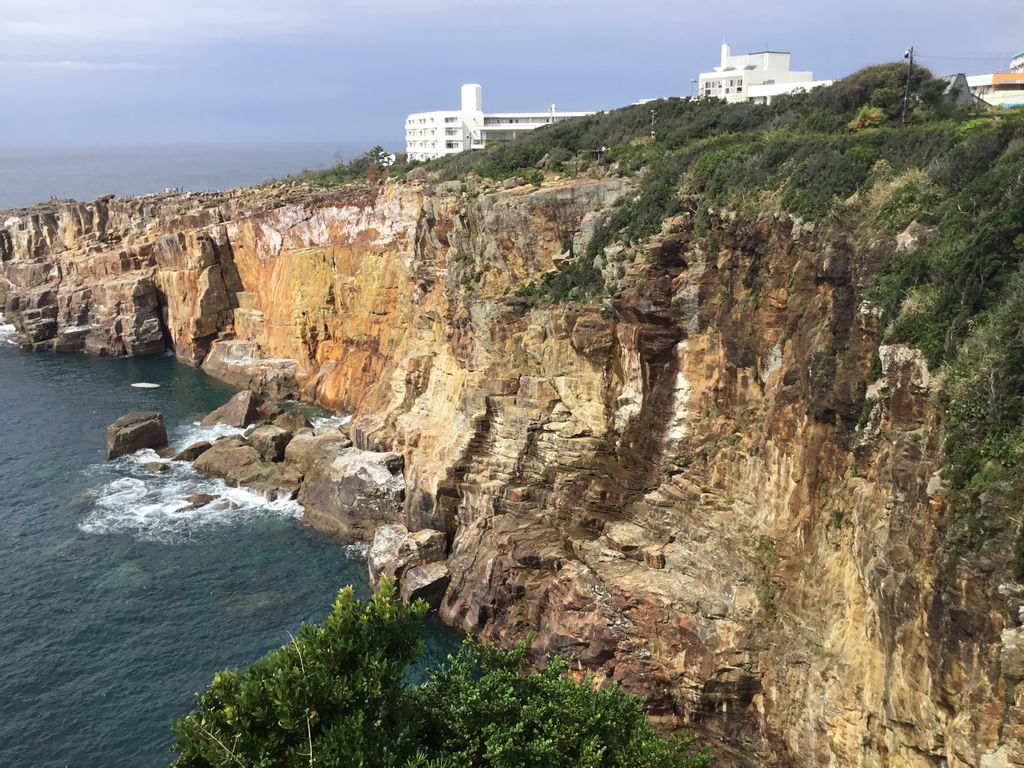 4) Senjojiki/matts:
Senjojiki is a matts made by white soft sands rocks.
This land layer is made by the rocks of interbedded sands and mud which had been accumulated 14 million years ago.
This landscape of Senjojiki has been created thanks to the erosion by raging waves washing the shore. 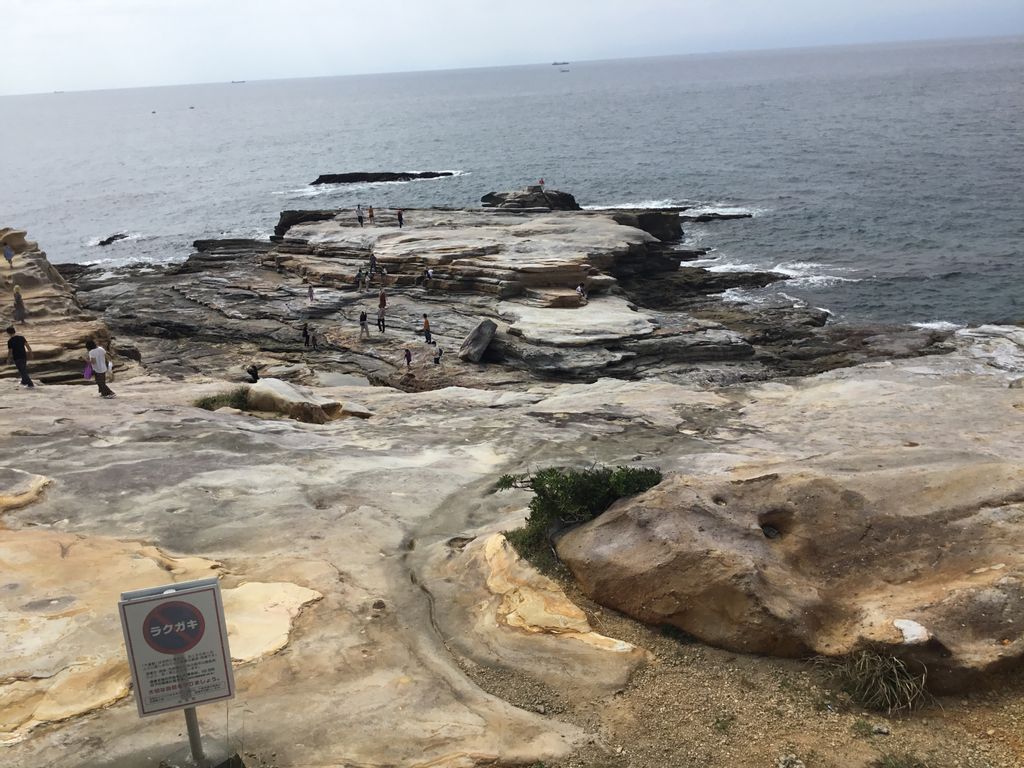 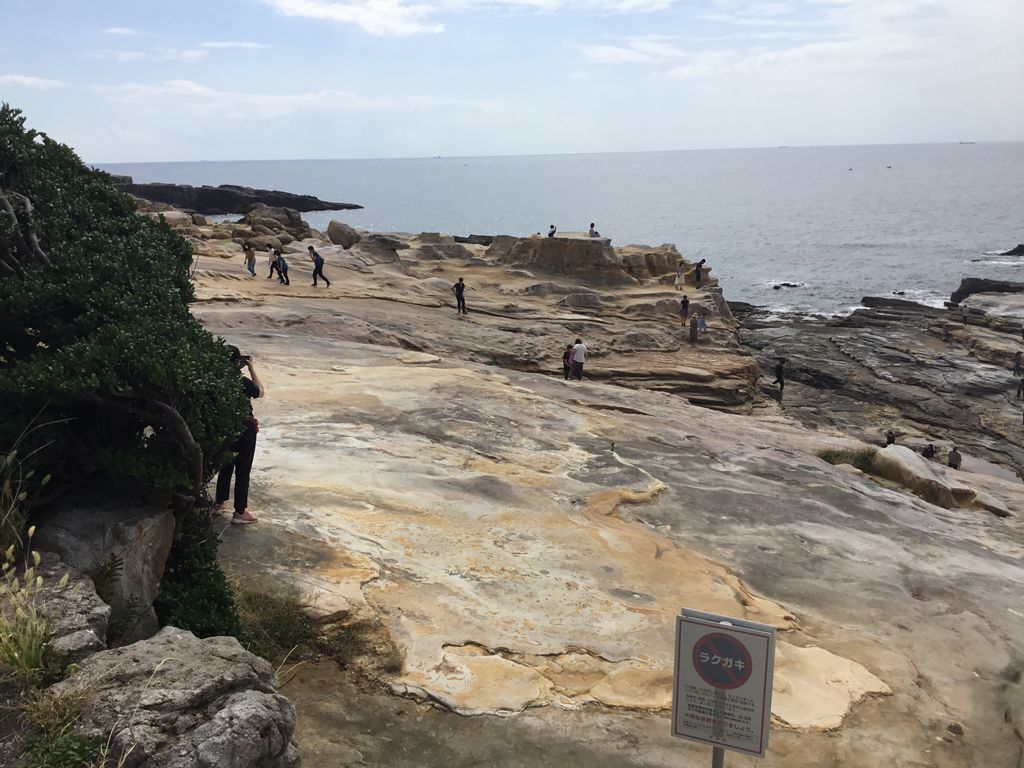 5) Shirarahama/beach:
Shirarahama is the beach spread in front of Shirakama onsen/hot spring. The sands of Shirarahama are made by white sands which are decomposed from quartz sands due to disturbance by sea water.
This beach sands seem to be white and brightened which looks like snow because those contain quartz. 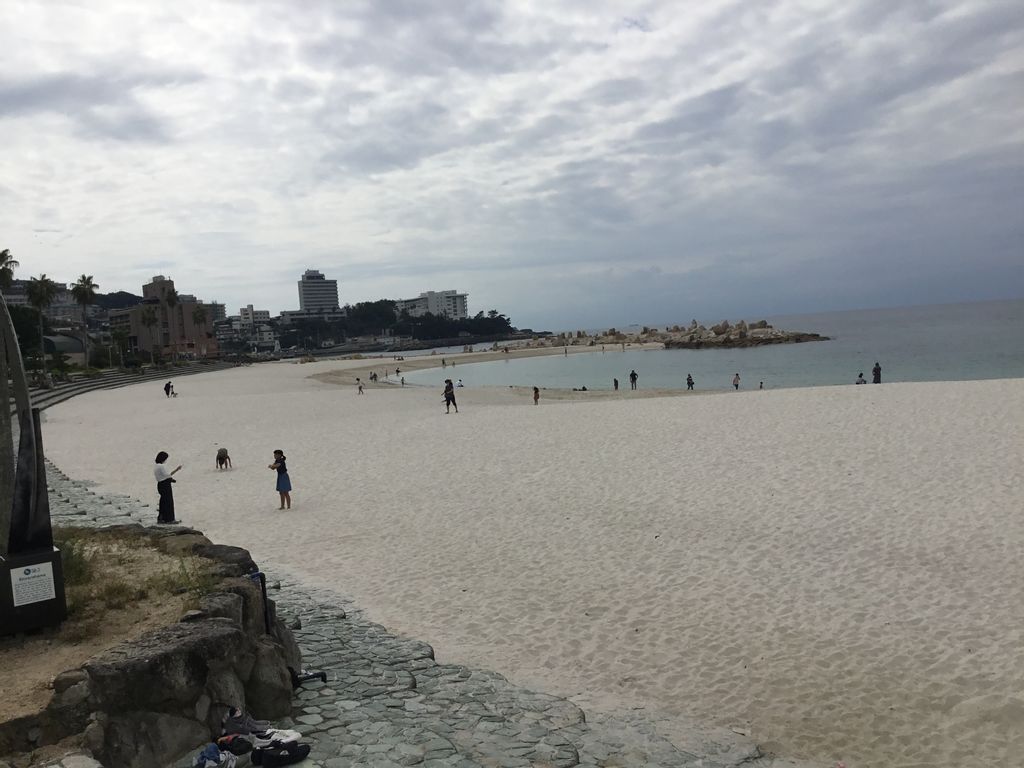 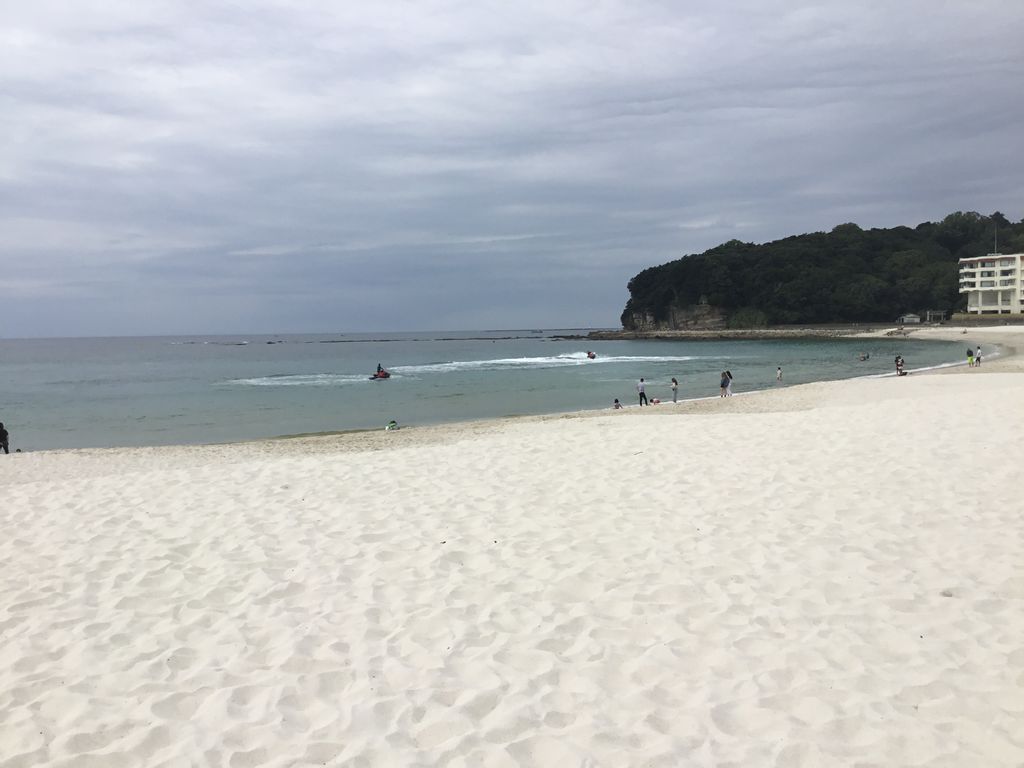 Plan your trip to Wakayama with Kashima H.