I believe that Wakayama prefecture is one of the best tour spots in Japan as theme park of both mountain worship sacred places and magnificent nature landscape which was created by enormous rising of the land caused by the earthquakes occurred in ancient period of 15million years ago with excellent hot spring resorts thanks to the nature history.

Kii mountains located in the prefecture of Wakayama, Nara and Mie has been the objects of the nature worship sacred places and the mountain ascetic practices from ancient period.
The mountain worship sacred places consists of three which are Mt.Koya, Kumano-Sanzan and Yoshino-Oomine.
Those were registered as World cultural Heritage registered as “Sacred Sites and Pilgrimage Routes in the Kii Mountain Range”.
At this time, I visited following tour spots in Wakayama prefecture.

I would like to introduce these tour spots we visited in four days (three nights and four days) each by each in my blogs.

Kii mountains located in the prefecture of Wakayama, Nara and Mie has been the objects of the nature worship sacred places and the mountain ascetic practices from ancient period.
The mountain worship sacred places consists of three which are Mt.Koya, Kumano-Sanzan and Yoshino-Oomine and those three places are connected each other by the approach (Kumano Kodo Pilgrimage Routes).  Many people had visited there from ancient period, specially, lots of monk-emperors and retired emperors such as Goshirakawa and Gotoba had visited there many times from mid of Heian period (792 – 1192) to Kamakura period (1192 – 1333) that led theses sacred places be famous in all over Japan.
It is said that many common people had started to visit and worship there from Muromachi period (1338 – 1572). 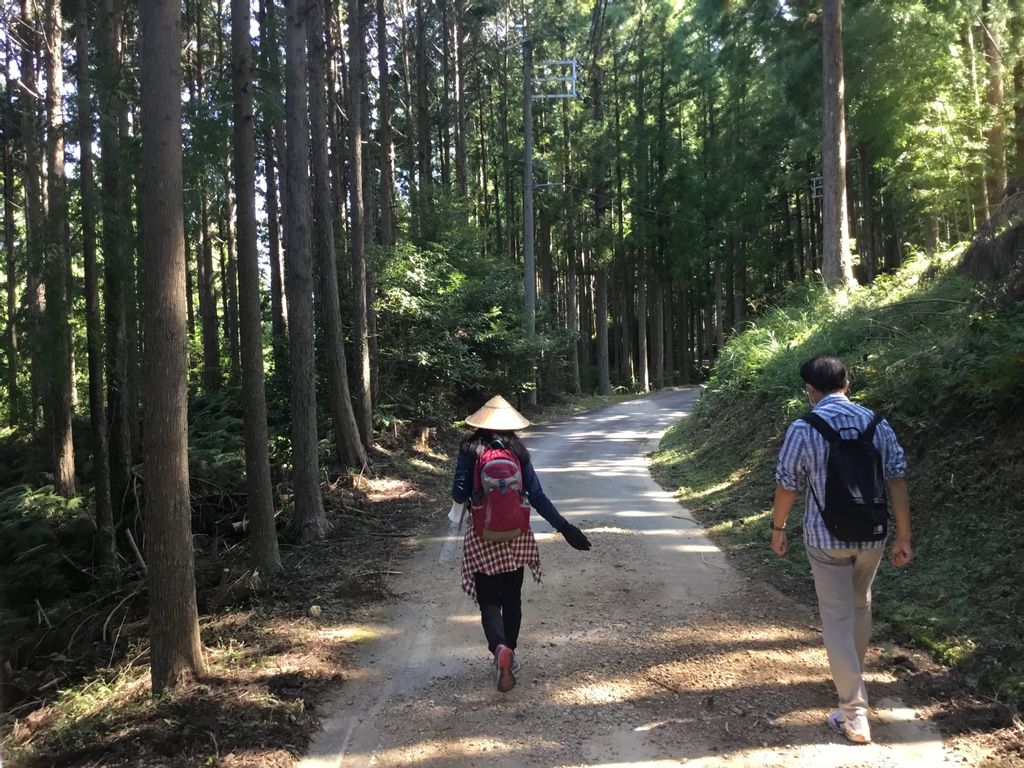 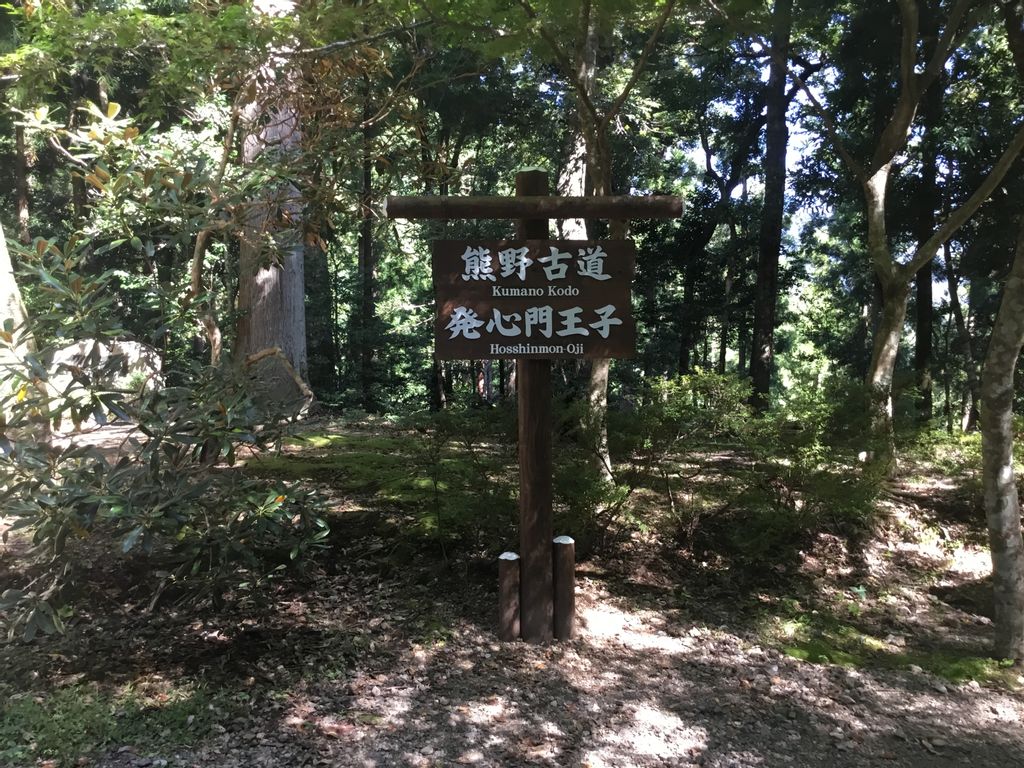 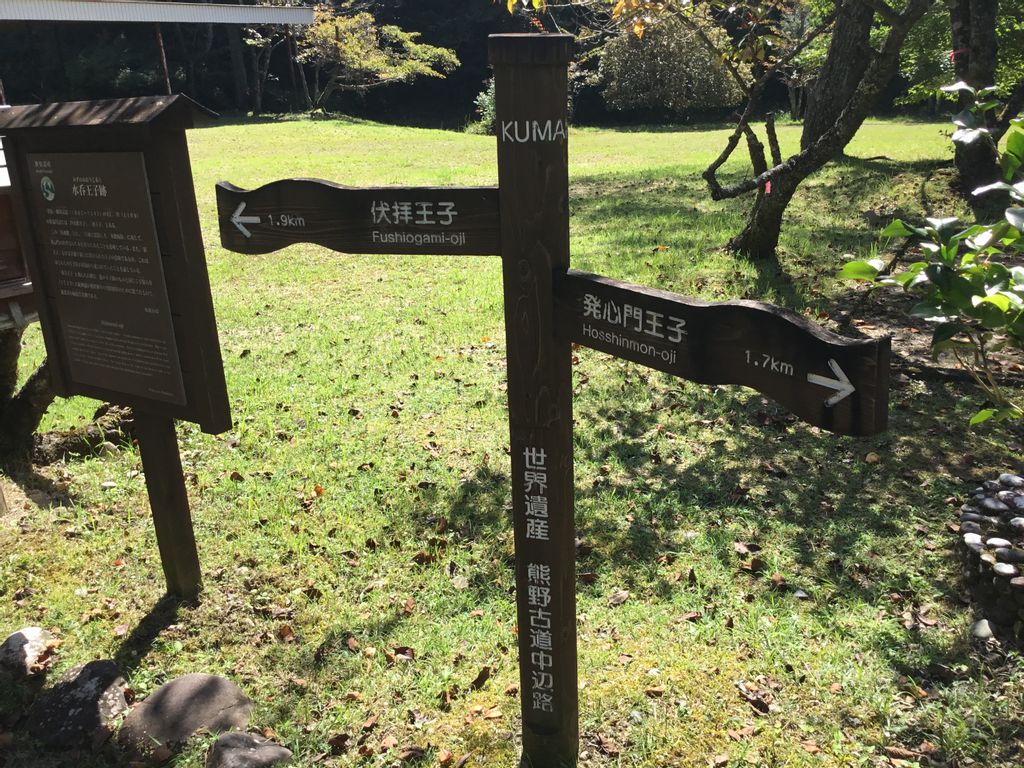 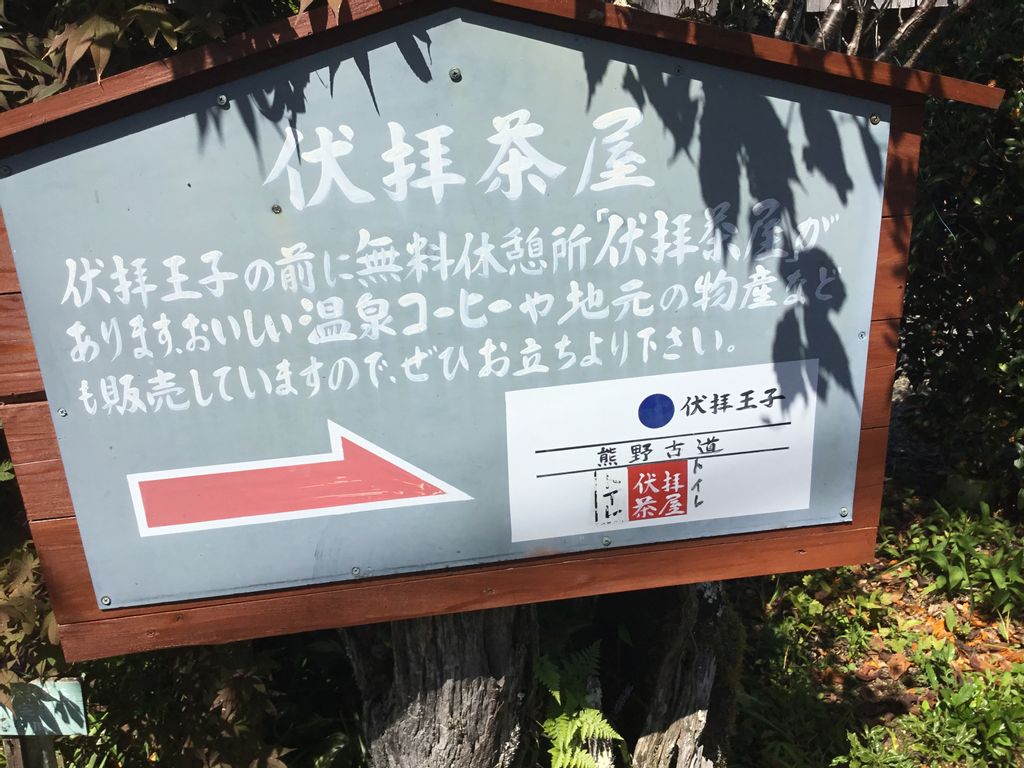 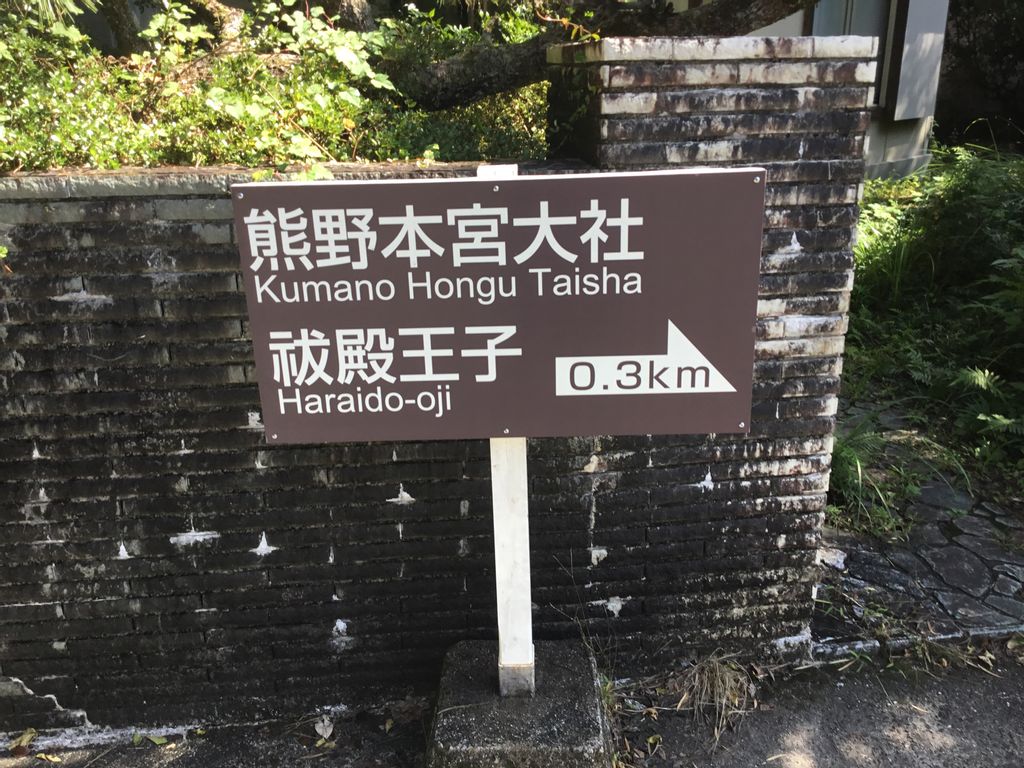 About Kumano Sanzan:
Kumano Sanzan consist of three shrines named Kumano-Hongu Taisha, Kumano-Hayatama Taisha and Kumano-Nachi Taisha whose main enshrined deities are the ones described as mythology in “Nihonshoki” as the oldest Japanese history book finished in 720.  According to this “Nihon Shoki”, two gods named Izanami-no-Mikoto and Izanagi-no-Mikoto were the wife and husband who had created islands in Japan at the first time and Susano-no-Mikoto was the son of them who created actual country on earthly world in Japan.
These three gods are enshrined in three shrine buildings (from 1st to 3rd)each for Kumano Sanzan which are Kumano-Hongu-Taisha, Kumano-Hayatama-Taisha and Kumano-Nachi-Taisha.

God named Amaterasu-Oomikami who was the daughter of zanami-no-Mikoto and Izanagi-no-Mikoto is enshrined in the fourth shrine of Kumano-Hongu-Taish.  Amaterasu-oomikami (the Sun of Goddess) is the female god who is the Imperial ancestor and this god has been also enshrined in Ise Jingu shrine which is the headquarter of all 80 thousands shrine in Japan.

There are several arguments if these historical description of deities are true or not, however, thanks to this mythology of Gods, Japan has kept Imperial Household of same family on more than 1400 years without be killed or ruined by any Samurai worriers who had dominated Japan.

2) Kumano Hongu Taisha:
Kumano Hongu Taisha is the headquarter of all 3000 numbers of Kumano shrines and a crow named “Yata-garasu” which is the messengers of Gods is set in Haiden-hall (Hall of worship). This crow has become the symbol of Japan Football Association.
The Gods of Izanagi-no-Mikoto, Izanami-no-Mikoto and Susano-no-Mikoto are enshrined in from the first to the third shrine hall.
The God named Amaterasu-Oomikami who was the daughter of zanami-no-Mikoto and Izanagi-no-Mikoto is enshrined in the fourth shrine of this shrine. 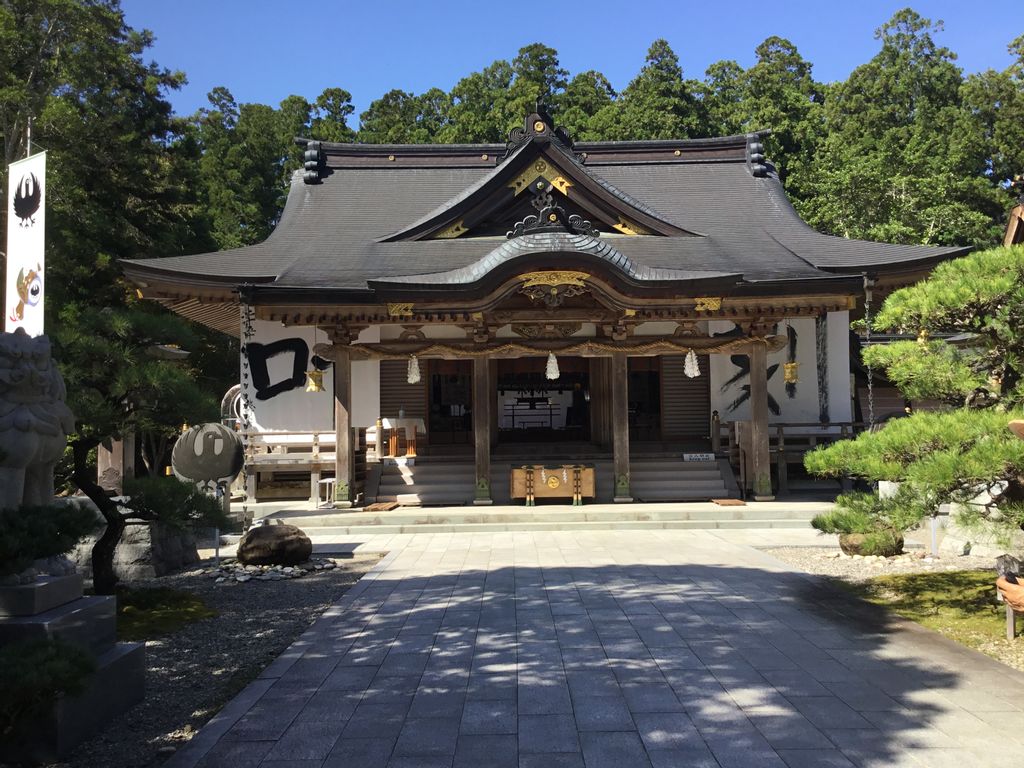 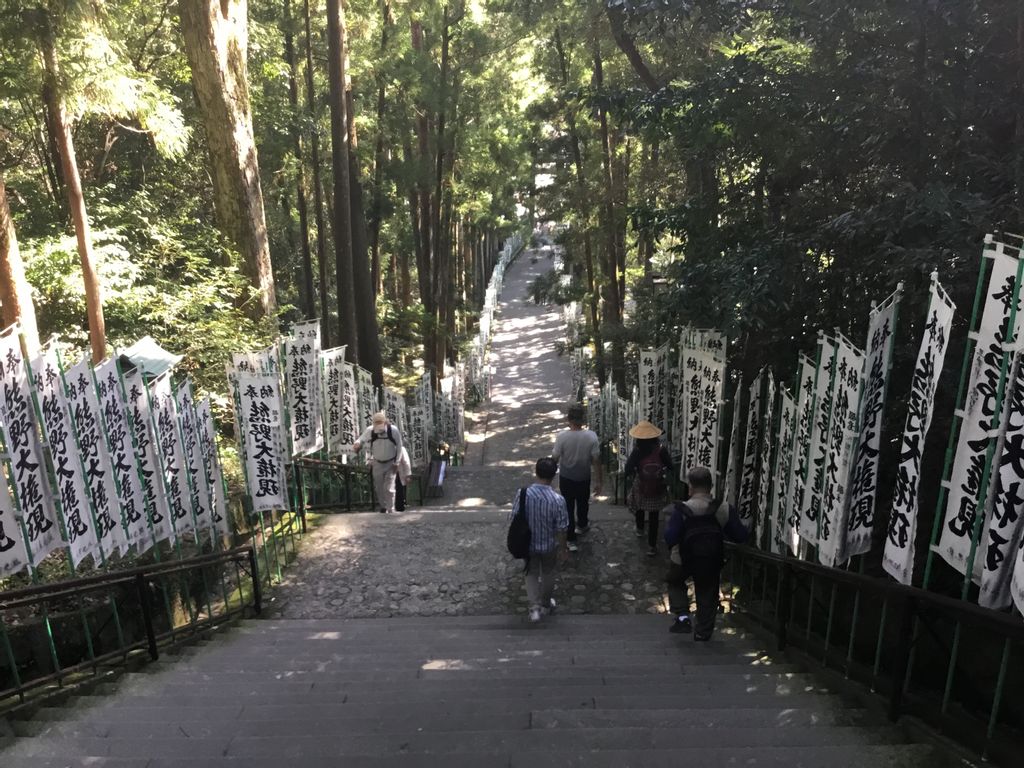 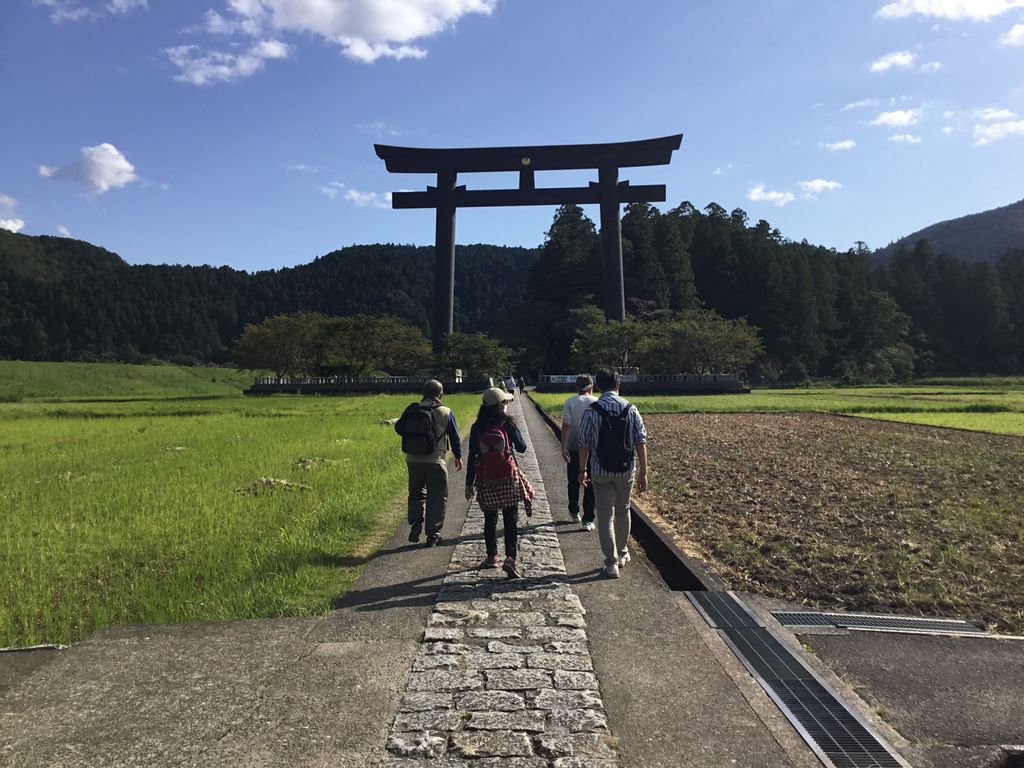 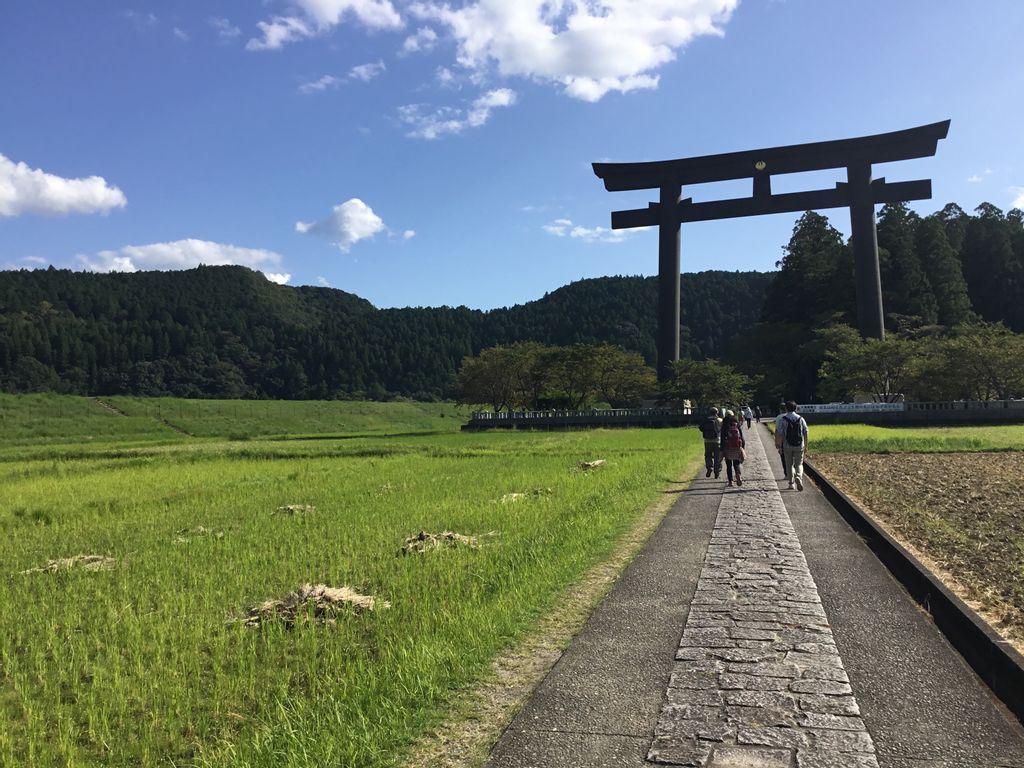 4) Tsuboyu (small bathtub for a single person) of Yunomine onsen/hot spring:
This hot spring was found 1800 years ago and the spring source of temperature 92 degrees Celsius gashing out from the bottom of bathtub made by nature rocks. This hot spring is one of the components of World cultural Heritage registered as “Sacred Sites and Pilgrimage Routes in the Kii Mountain Range”.  This Tsuboyu had been used to wash their bodies before worshippers visit Kumano.
You can take the bath as chartered one every 30 minutes. 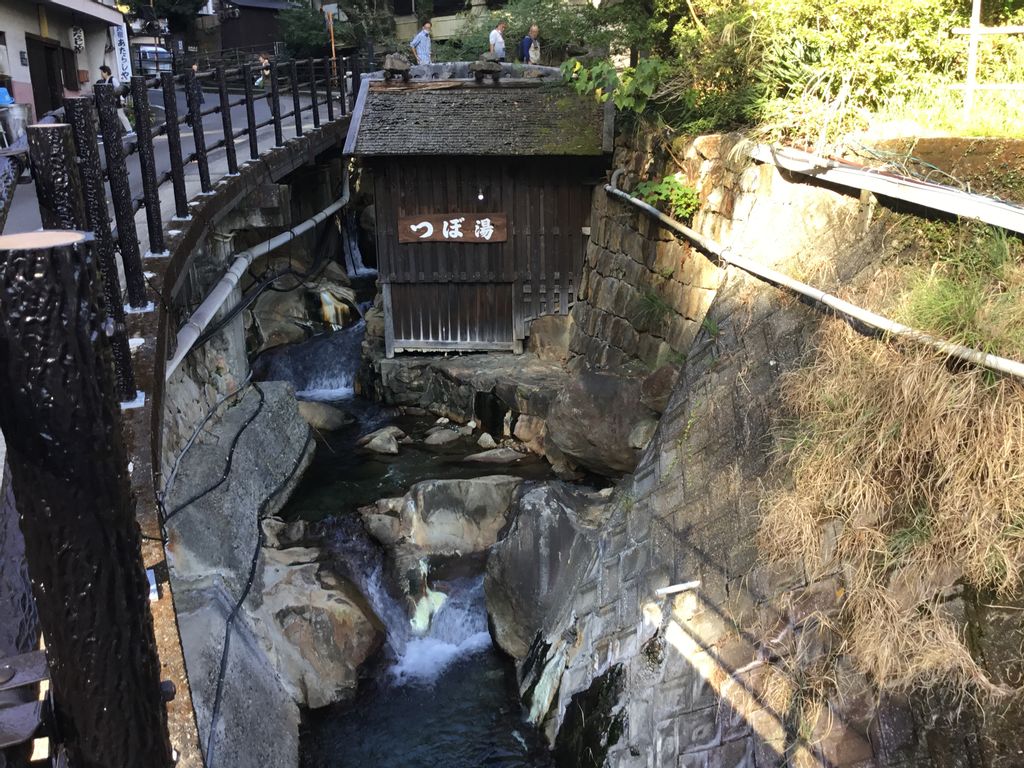 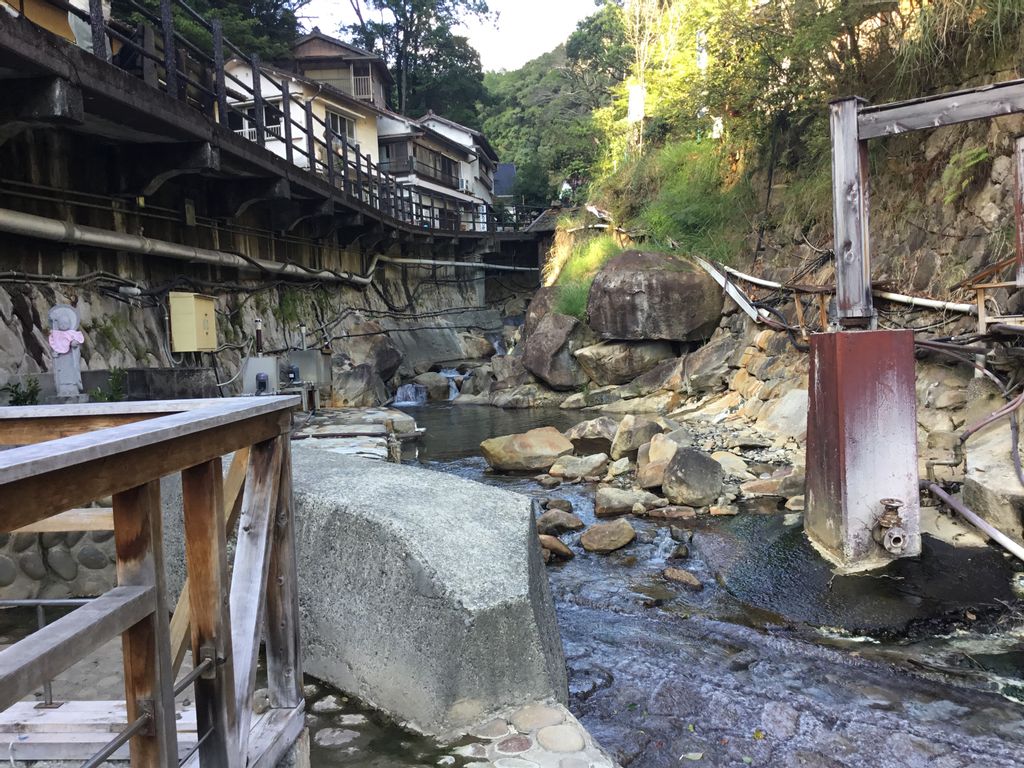 5) Open-air bath of Nanki-Katsuura onsen:
After the second day tour, I stayed in Nanki-Katsuura onsen/hot spring where I enjoyed Open-air bath in early morning from 5am.
In the bath, you can see Pacific Ocean through forests spreading out right front of you with darky sky upward. You can fee mysterious and sacred feeling after you had experience of sacred tour in Kumano related with Gods of mythology.

Plan your trip to Wakayama with Kashima H.