In November, you will come to see children and family dressed up in kimono or formal dress at shrines throuout Japan. It is related to the event called " Shichi-Go-San" or  "seven, five, three" . Family with a boy of 5 or a girl of 3 or 7 celebrates their children's growth and make a visit to shrine to play for their well-being and happiness.

The tradition goes back to Muromachi period in 14th century.  Since infant death rate in old days was extremely high, it became a ritual to show the gratitude for the children's growth and pray for their future happiness as children went through each developmental milestone. The custom was seen among aristcrats and people in the higher class ,but it gradually took root in common people around Edo period in 17th to 19th century.

What is the meaning of the specific age, three, five and seven? It is said that three was the age when both boys and girls started to grow their hair. Until then, their hair had been shaved to prevent disease.  And five was the age when boys wore "hakama" or a traditional male clothing, the skirt-like pants for the first time. It ritually marked transition from infancy to adolescence. Then seven was the age when girls started to wear kimono properly tied with traditional obi sash instead of a simple cord. These rituals no longer exisits in modern days though, those ages are very important to remind parents of their children's development.

"Shichi Go San" ceremony is held on November 15th according to the calender. But it is often observed on weekends during November when family members can gather. Family with a child of "Shichi Go San" make a visit to a local shrine and have a priest hold a ritual ceremony.  After the ceremony, the child usually get a candy called Chitoseame and some small toy.

When you come to see "Schichi Go San" ceremony at shrines you visit, please pay attention to kimono, hakama and some ornaments the children put on. That's what their parents arrange for the memorable event and you will see lots of love and wishes in them.

My daughter at shichi go san 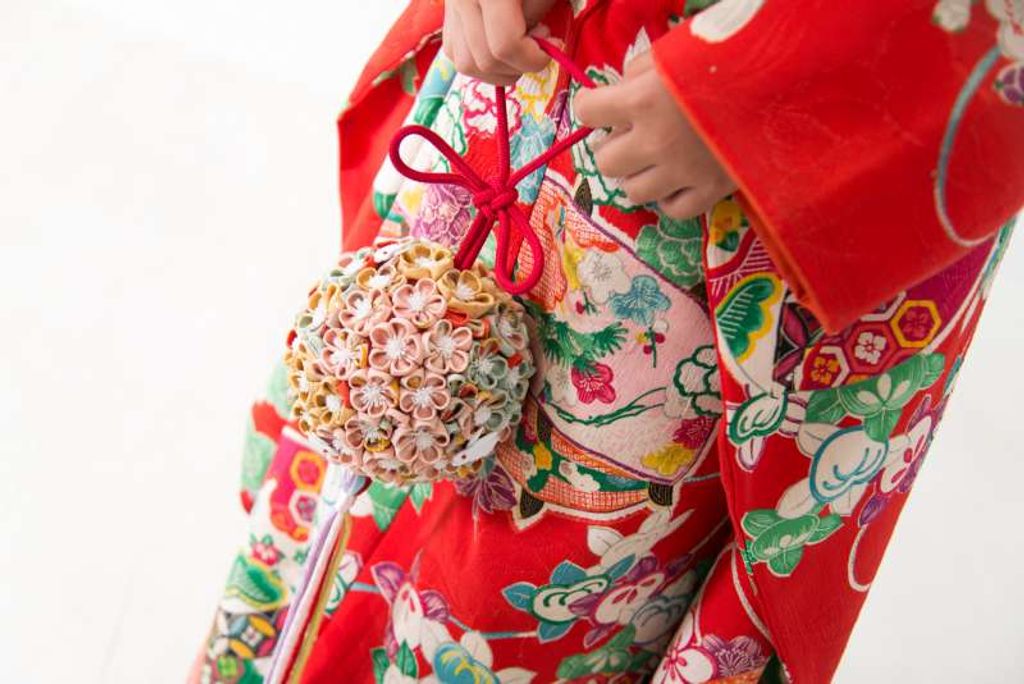 Plan your trip to Fukuoka with Yoko M.