Takahama beach is a sea-bathing resort noted for its high degree of clarity of the water.   This beach against a mountain has ineffable beauty,particularly under the evening sun,the shaded slopes of the mountain are in deep gloom while the sunlit parts are tinged red!! 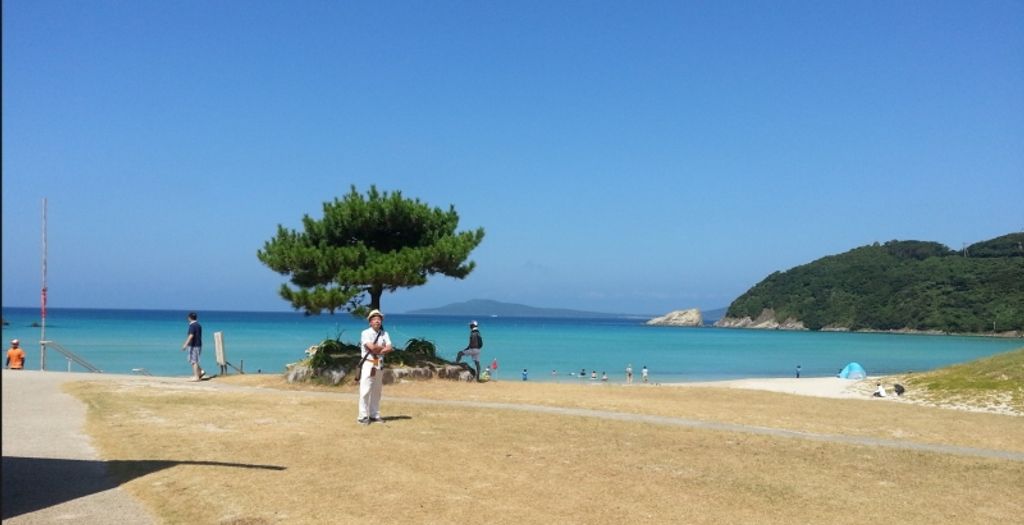 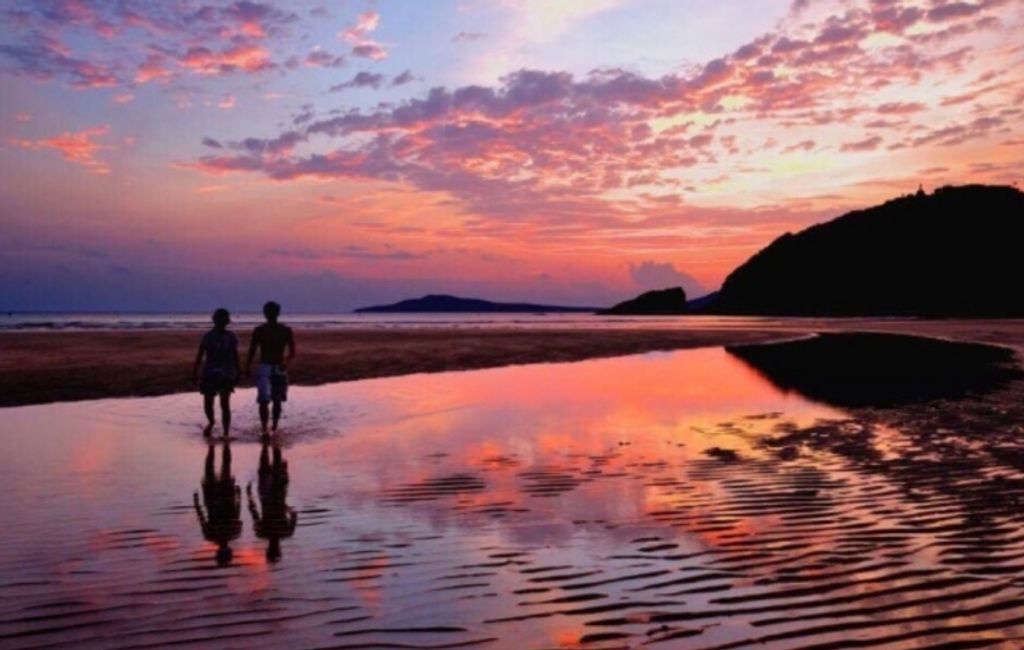 Abunse Coast : The complex 7 km long coastline,situated in the Special Protection Zone of Saikai National Park,was formed after the lava flows poured into the sea from the eruption of Mt. Onidake. 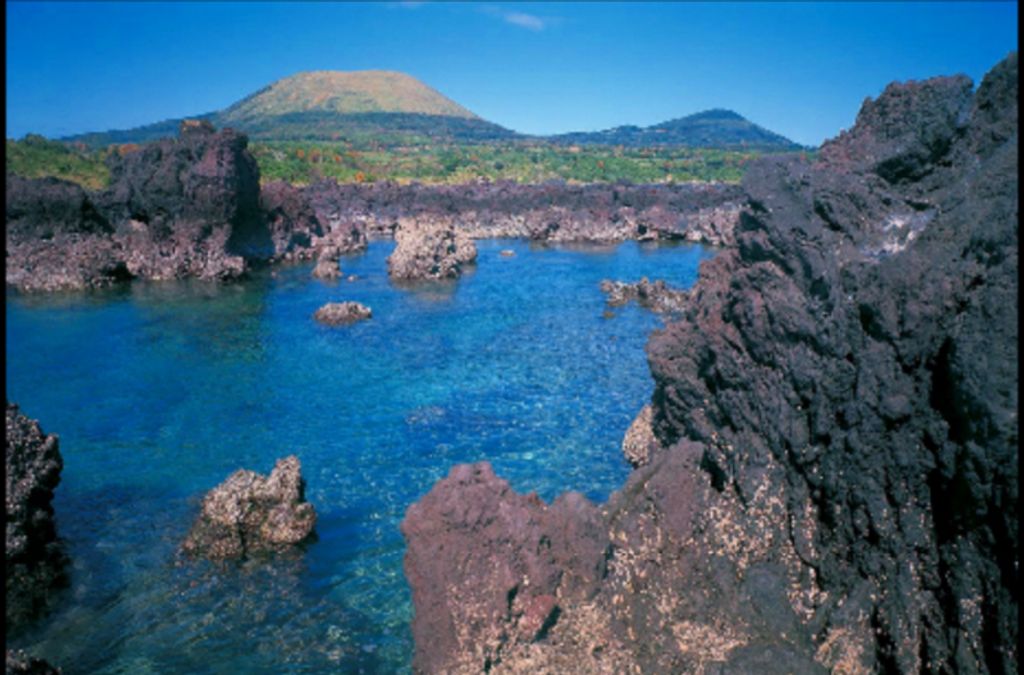 GOTO ISLANDS or GOTO RETTOU (literally means an array of archipelagos of five major islands in Japanese) is my hometown and has been called `the Paradise on the Ocean` since ancient times!!

GOTO RETTOU on the east China sea,100 km off the coast of NAGASAKI city in western KYUSYU, is made up of 140 islands including five major ones represented by FUKUE-jima island which is the largest one among them, and most areas of this archipelago are designated as SAIKAI national park noted for its magnificent archipelago seascape.
This sparsely populated remote archipelago is not only best known for spectacular natural scenery but also a treasury of wildlife, history, culture, and many other fascinating attractions.
Additionally, while it‘s characterized by the diversified environment of forests, farmlands and villages, retaining a nearly intact nature, visitors can learn about the regional history and culture created by nature and the life of the locals.

２．Spectacular natural scenery thanks to the distinct topography and geology

In terms of a natural superb view, it's blessed with many sites of scenic beauty such as intricate, elegant coast line dotted with ineffably beautifull beaches against vividly fresh green mountains, and the calm seascape studded with numerous islets and deep inlets with sand spits and land-tied islands lie over the inland area. And so, it's also called the "Paradise on the Ocean"!!
Contrarily, the coastal strip facing the open sea is characterized by its significant development of sea cliffs and coastal erosion exhibiting a harsh look of the archipelago seascapes unique to the open sea.
The diversified geographical features were formed by movement and folding along a fault during the middle of the Tertiary period with sedimentation, settling, and volcanic activity. So that, dendritic drowned valleys and the volcanic landforms of a pyroclastic cone and a shield volcano can be seen in the trenches. Visitors also can enjoy taking baths in hot springs.

Both the complex topography as well as a chain of islands of various sizes and inlets lying north and south help support the creation of Diversified ecosystem.
Corresponding to its complex marine environment, GOTO RETTOU is inhabited by multifarious fauna and serves as a migratory pathway for numerous migrant birds such as Pernis ptilorhynncus as it is marked by the farthest land point on the migration path.
The land area is lush with a evergreen broad leaved forest such as Camellia japonica one and noted for its diverse flora from continental elements to Southeast Asia elements thanks to the ancient connections to the continent during the Ice Age and the subsequent influence of the inflow of the Tsushima Warm Current.

GOTO RETTOU abounds in many, many historic sites. Some places are designated as JAPAN HERITAGE(governmental designation) such as historic sites closely related to the ancient Japanese envoy to the Tang Dynasty China including the famous high priest Kukai,the founder of the esoteric Buddhism named the Shingon sect, as a member of the envoy.
And other places are designated as UNESCO's World Cultural Heritage!!
Incidentally, the locals really enjoy various Japanese cultures (＊)because of its mixture of spirituality and nature.  (＊)BONSAI,FlowerArrangement,Calligraphy,Classical Japanese Dance, KOTO music and GOTO KAGURA(Sacred Shinto music and dancing unique to this archipelago) etc.

From the above reasons, GOTO RETTOU is dubbed an archipelago of diversity!!     Extensive nature,history,and culture are beautifully harmonized in these small and remote islands like a miniature garden, HAKONIWA(箱庭) such as BONSAI(盆栽)!!         Accordingly, I think few places in Japan can rival this archipelago's wealth of historic and scenic sites.
So, why not visit GOTO RETTOU to enjoy the seasonal changes and the beauty of the natural wonders and the indigenous culture that this archipelago offers?
(For detailed information, please see the video with informative subtitles)

Plan your trip to Nagasaki with Hiroki K.