I would like to introduce the beautiful Autumn color leaves in Kyoto Jyakkouin temple where I visited recently.

Jyakkouin temple is located in the north of Kyoto named Oohara and the ancient temple which is deeply related with the tail of the Heike. Heike was the top Samurai family who had controlled the politics of Japan in the late of Heian period(794 – 1192) and it had been ruined by the new Samurai family named Genji in 1182.
The origin of this temple was built in 594 by Prince Shotoku to hold a memorial service for his father, Emperor Youmei.
The hill of Oohara area located the north-west of Mt.Hiei used to be the hill where horses which had been raised for Imperial Court. 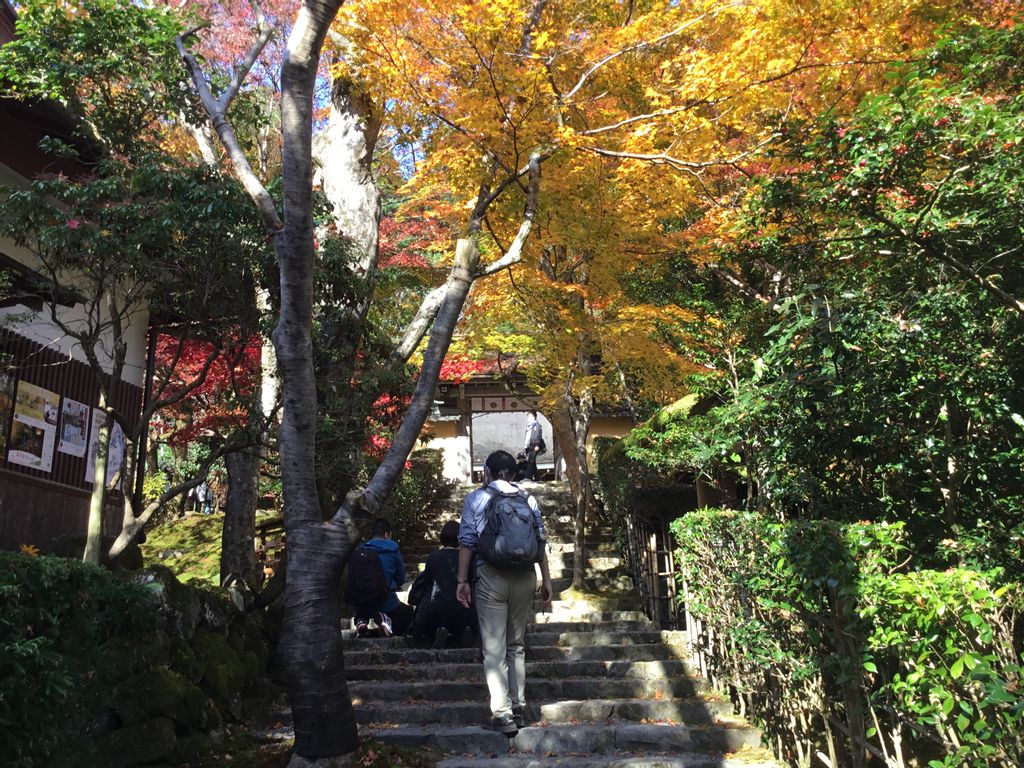 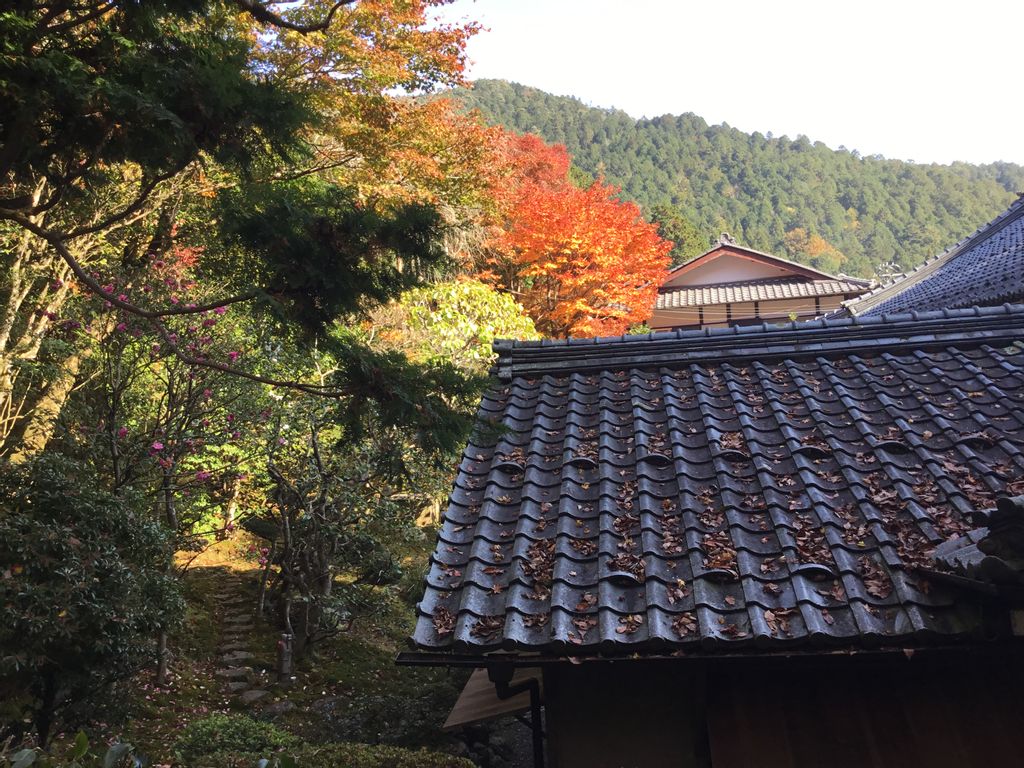 In 1182, during the final battle between Heike family and Genji family on the sea of Dannoura located the west edge of Japan main land, as the result of Heike extinction almost all the Heike family were dead into the sea. However, Kenreimonin Tokuko who was the daughter of Taira Kiyomori, top Samurai in Heian period and mother of Emperor Antoku was rescued from the sea by their enemy Genji.
She had been a nun after she became 29 years old and moved to this temple, Jyakkouin.  She had continued to live hear by holding a memorial service for Heike family and she died when she was 36 years old.
This is the reason why this temple has been famous in all over Japan.
In autumn, you can appreciate autumn color leaves on each spot in the precinct with mountain villages surrounded by forests and mountains. 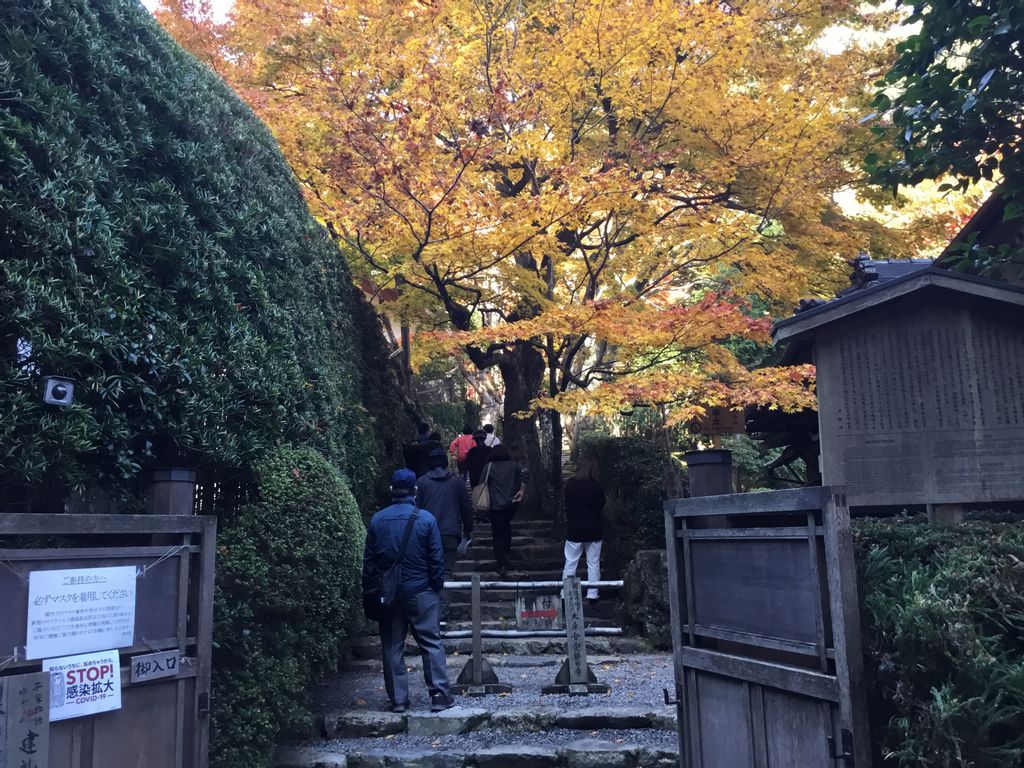 ＜Main hall and the surroundings＞
Main hall was burned out in 2000 by the fire of arson and rebuilt in 2005 by spending 5 years to recover the building completely same with previous one using same materials and wooden framework. 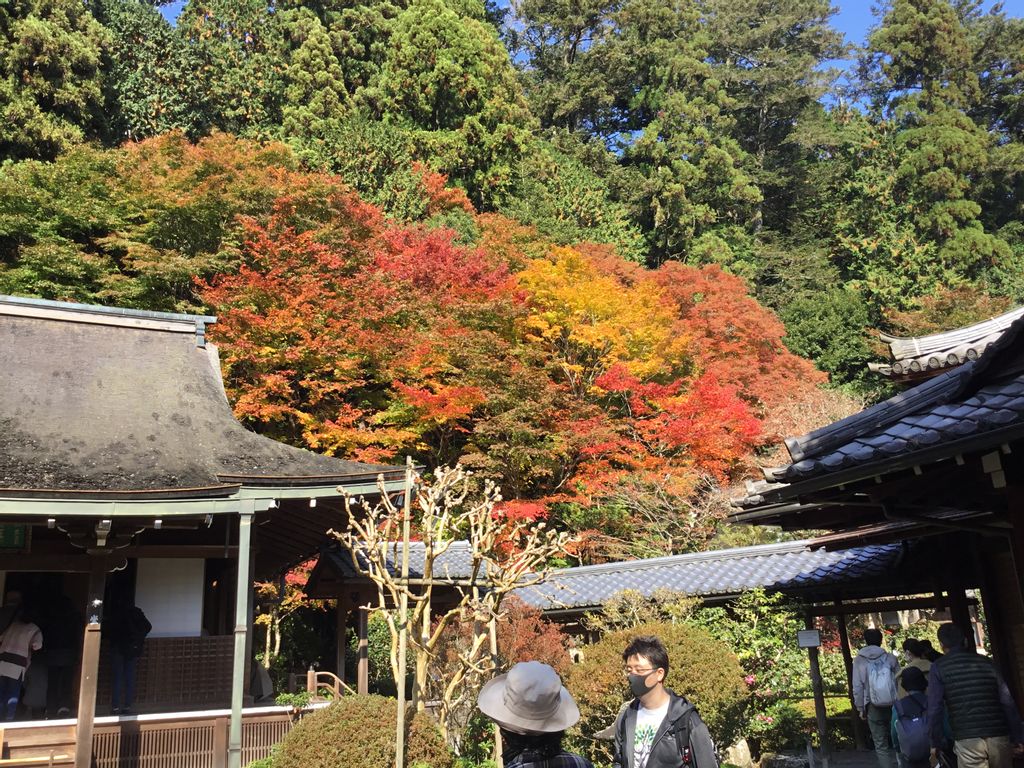 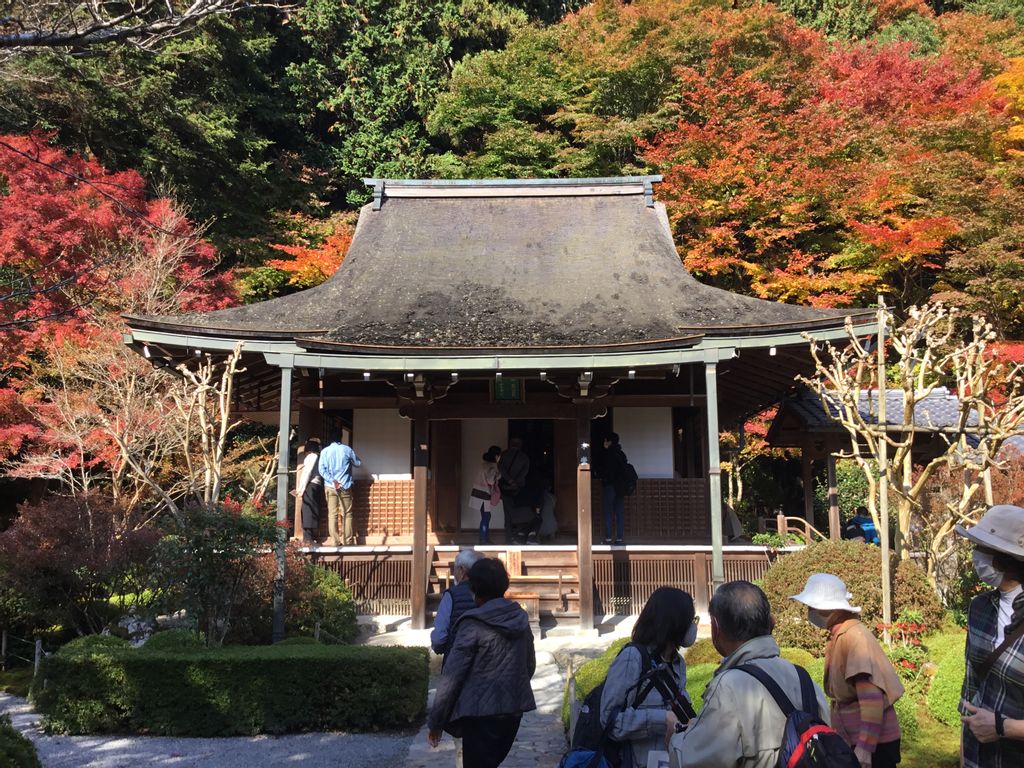 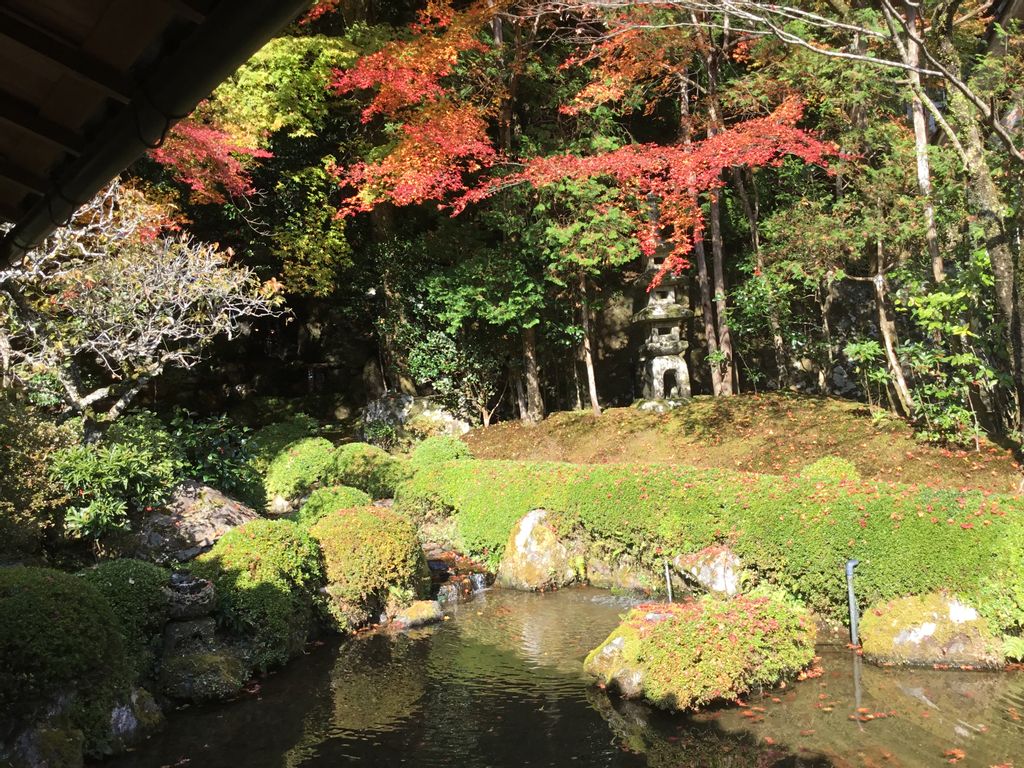 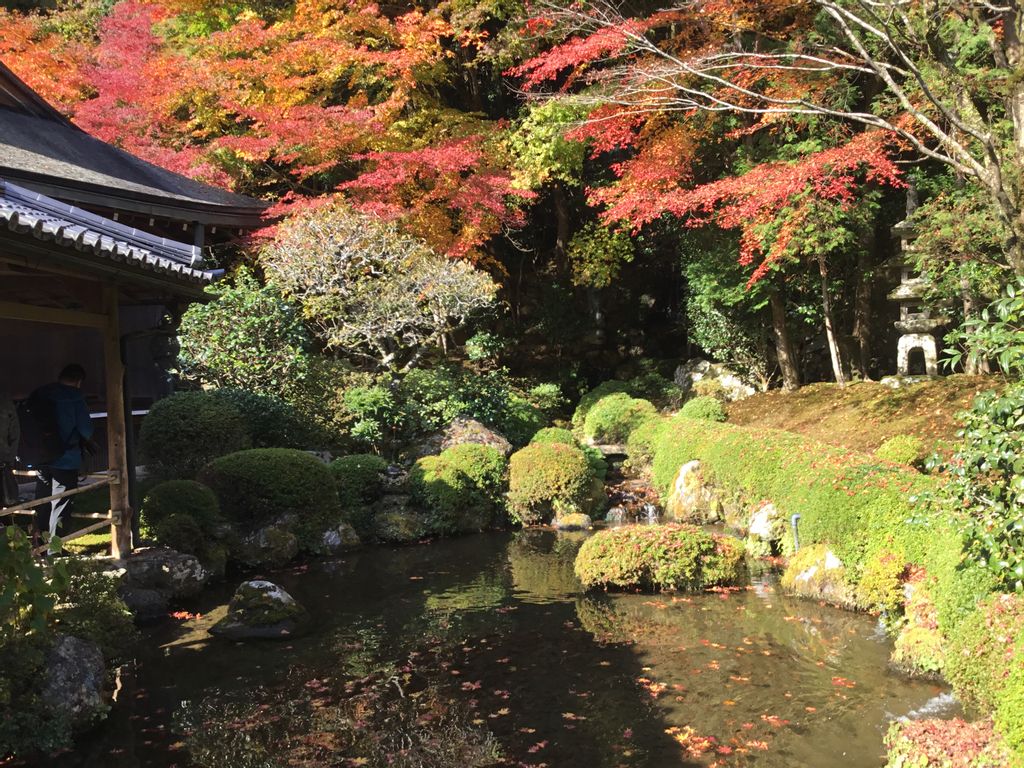 In front of the main hall, there are cherry blossoms and pine trees planted.  The cherry blossoms named “Hime-matsu” used to be several hundred year-old tree with 15 meter height, however, due to the fire occurred in 2000, the tree was burned out and only the root of the tree is deified as a sacred tree. 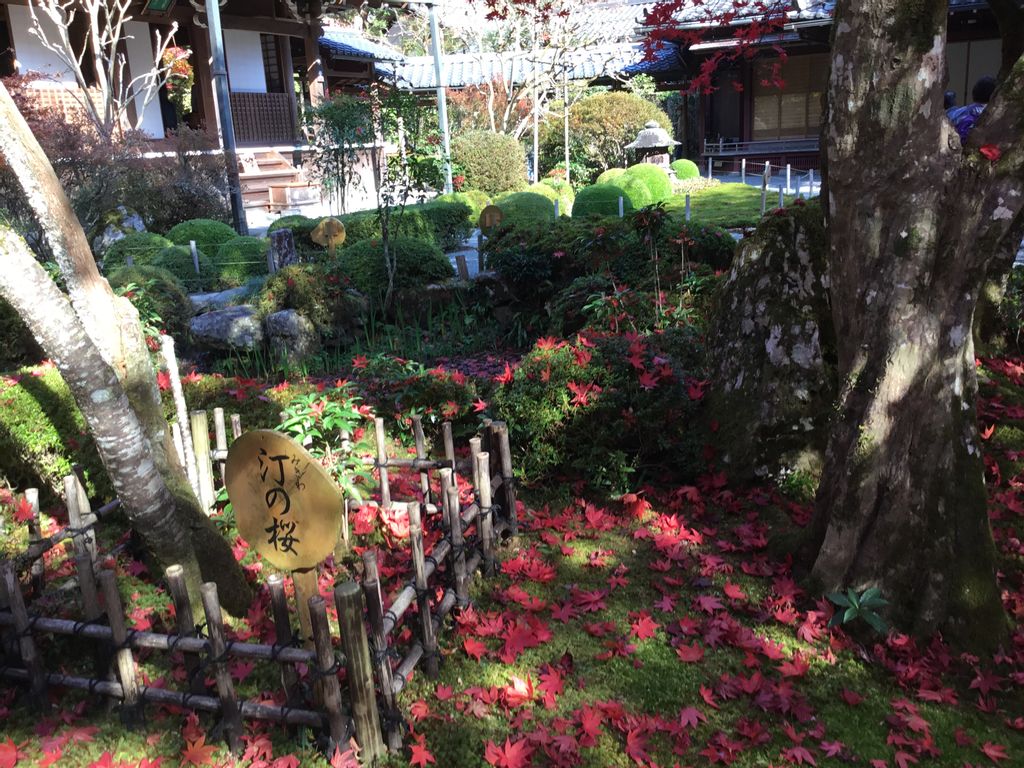 There is the remain of hermitage on the north side of the main hall where Kenreimonin Tokuko had lived in seclusion.
At present, only tombstone is standing with a well on the right side of the stone which Empress Dowagers had used. 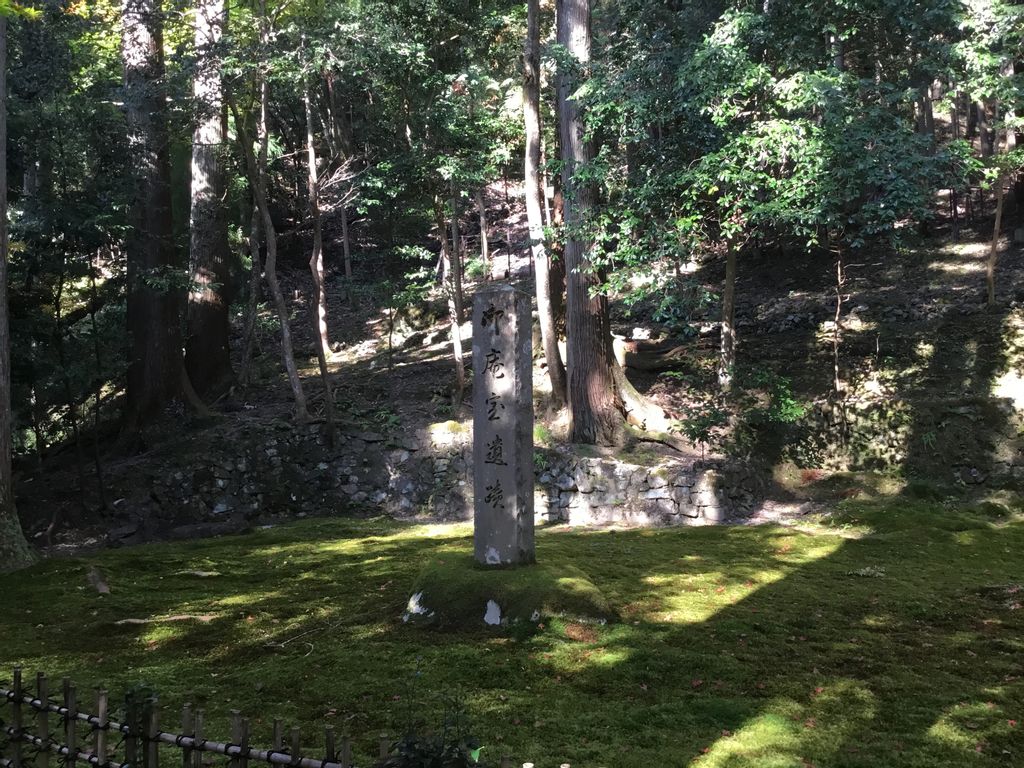 The bell-tower located on the near side of the pond which was built in Edo period (1602 – 1867) hangs a temple bell which represents the word “All worldly things are impermanent.” 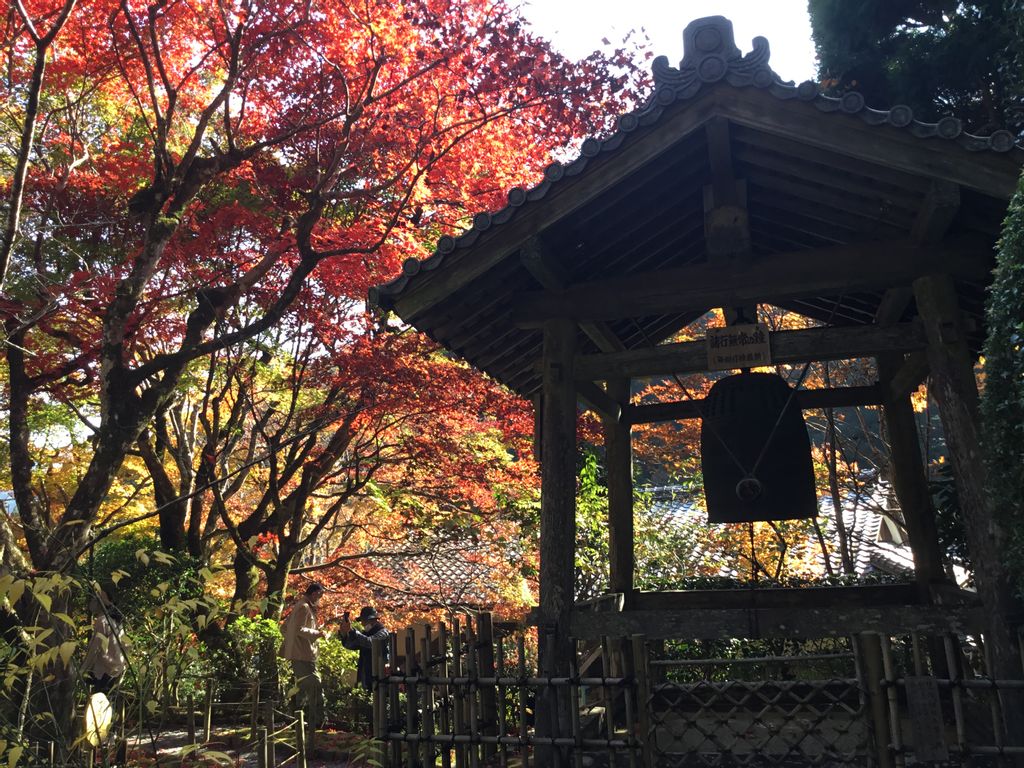 f you become interested in visiting these Kyoto tour spots, please contact me. I can support you and I recommend Autumn color leaves tour in Kyoto.

Plan your trip to Kyoto with Kashima H.