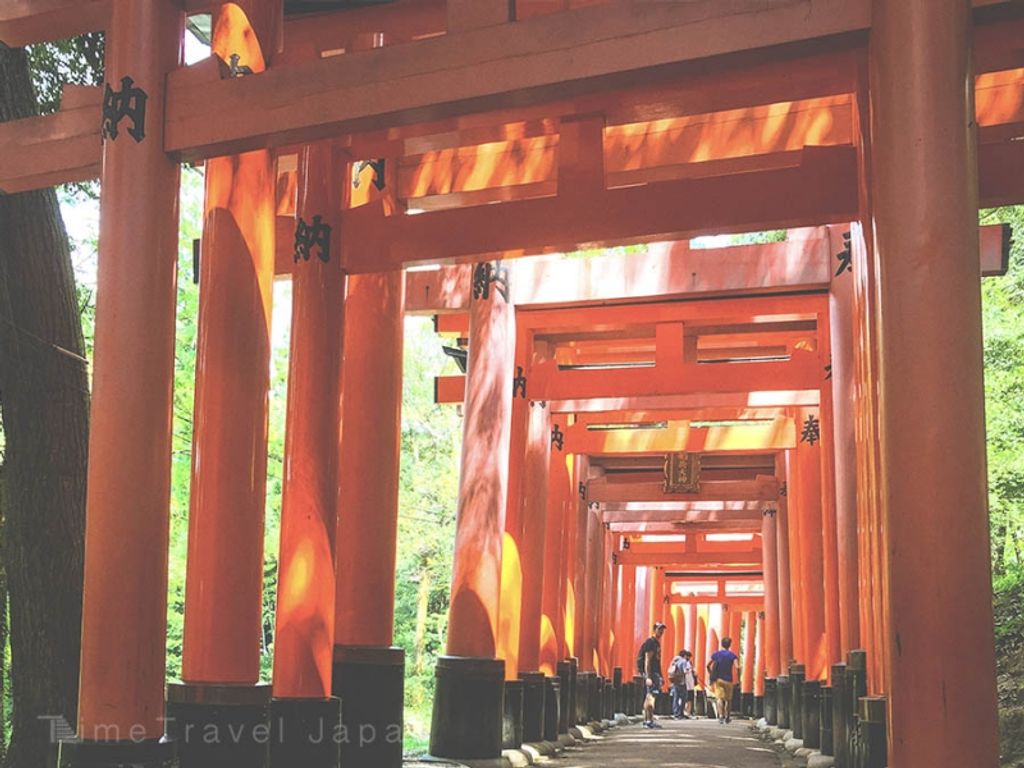 I am often asked about Japan’s major religion.
I answer there are two; Buddhism and Shintoism.
What is the difference?
Well, to answer that question very simply, Buddhism was originally born in India, and imported from China and Korea around 6th century to Japan, while Shintoism was born in Japan and has been practiced since ancient the time before Buddhism was imported.
The interesting thing about Shintoism is that there is no founder.
It is believed to be occurred naturally between ancient people and it is a belief in multiple deities instead of a single god.
In Shintoism, multiple deities exist in nature such as the san, the moon, the ocean, trees, mountains, rocks and so on.
One of the most popular deities is the deity of rice.
Rice has been a main crop in Japan since a couple thousands years ago.
I imagine ancient Japanese people saw something very spiritual in a growing rice plant and beautiful green rice field.
The deity of rice, whose name is Inari is enshrined more than 30 thousand Shinto shrines all across Japan.
Fushimi Inari shrine is the head of all those Inari shrines in Japan. 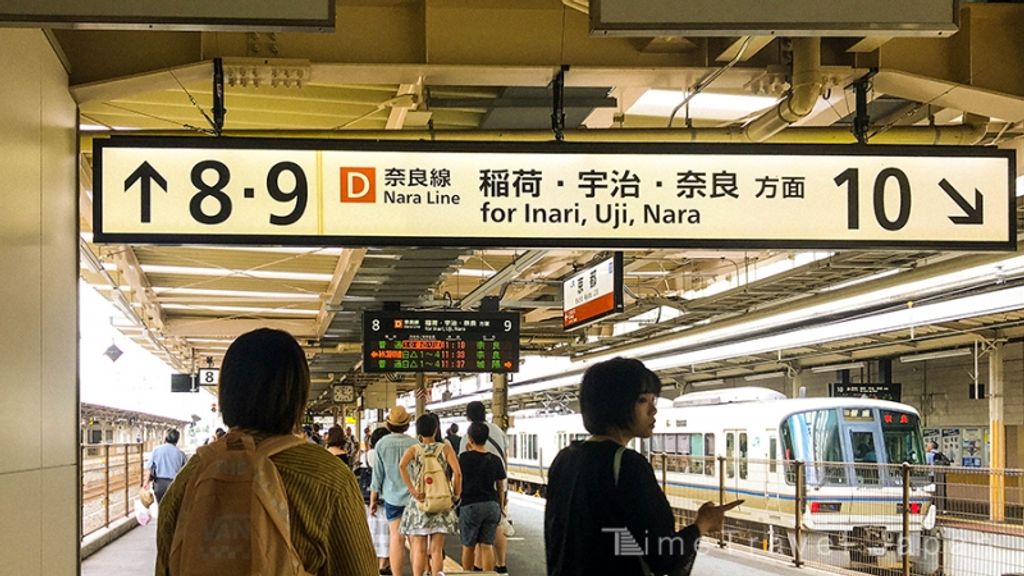 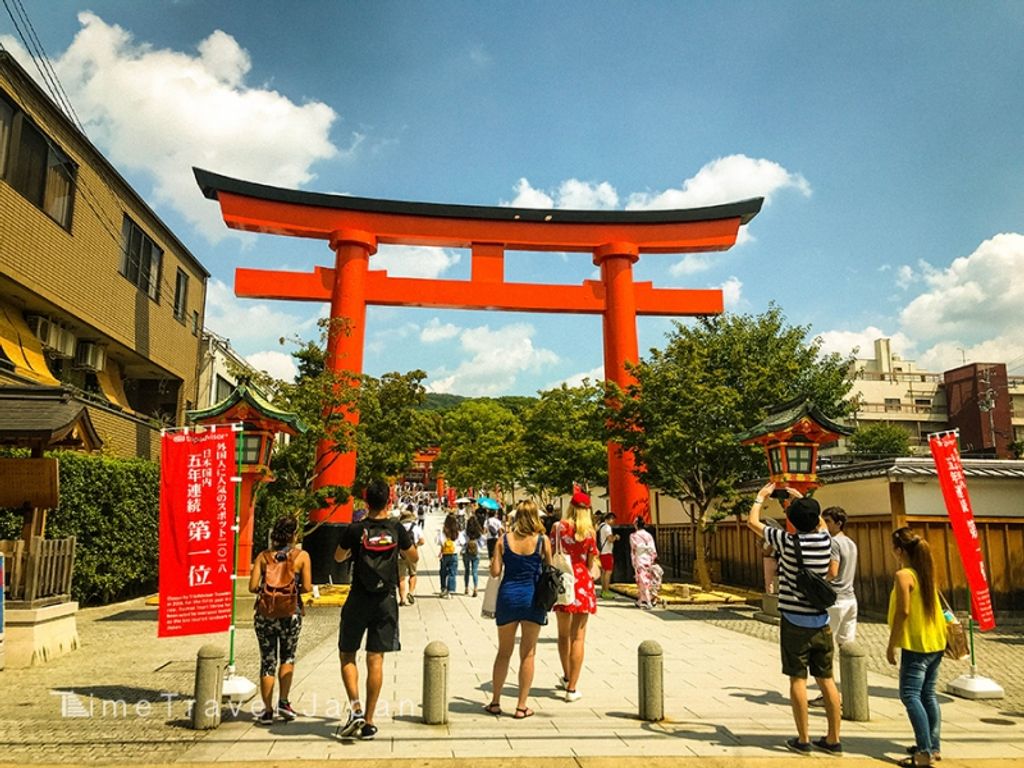 First thing you will see in front of the Fushimi Inari Shrine is a big vermillion colored gate called Torii.
Torii is a typical structure seen in the Shinto shrines and it has a meaning to divide the spiritual world and the physical world.
So after you go through the Torii gate, you will be going to a spiritual world. 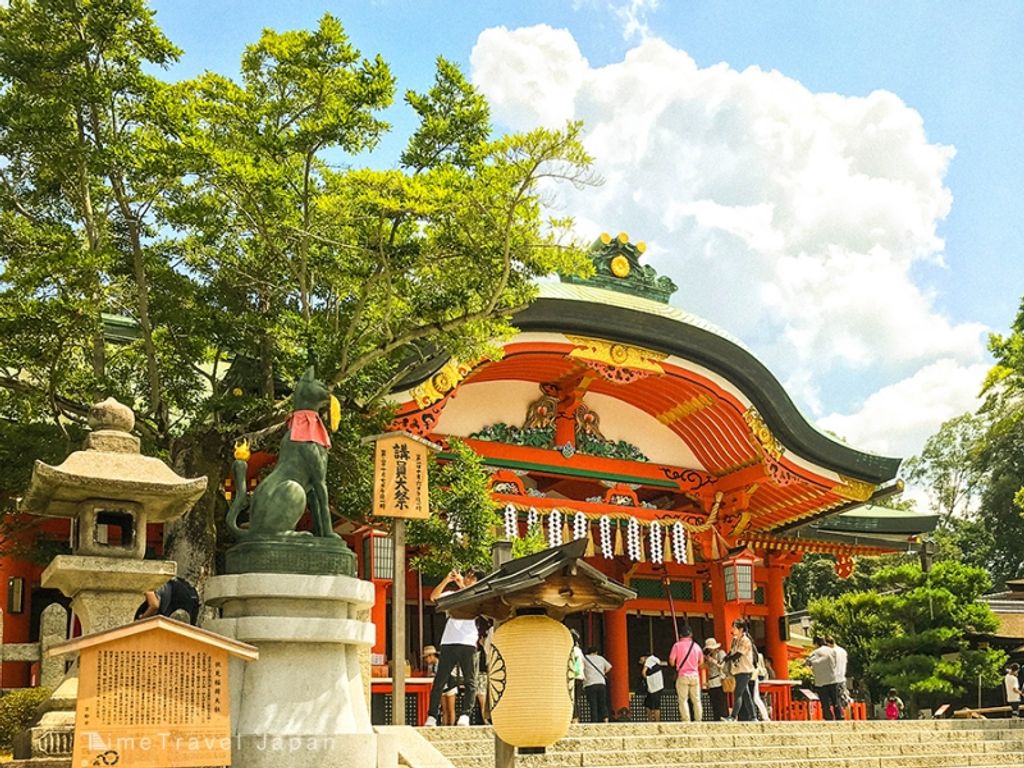 The main building is consists of two different buildings.
One in the back is where the deity sits in, and one in front is for humans to pray to.
The main building has many architectural features, however I cannot put image of them since it is prohibited to take pictures closely either from front and side of this building.
Hope you can join my tour so that I can talk about it more at the site. 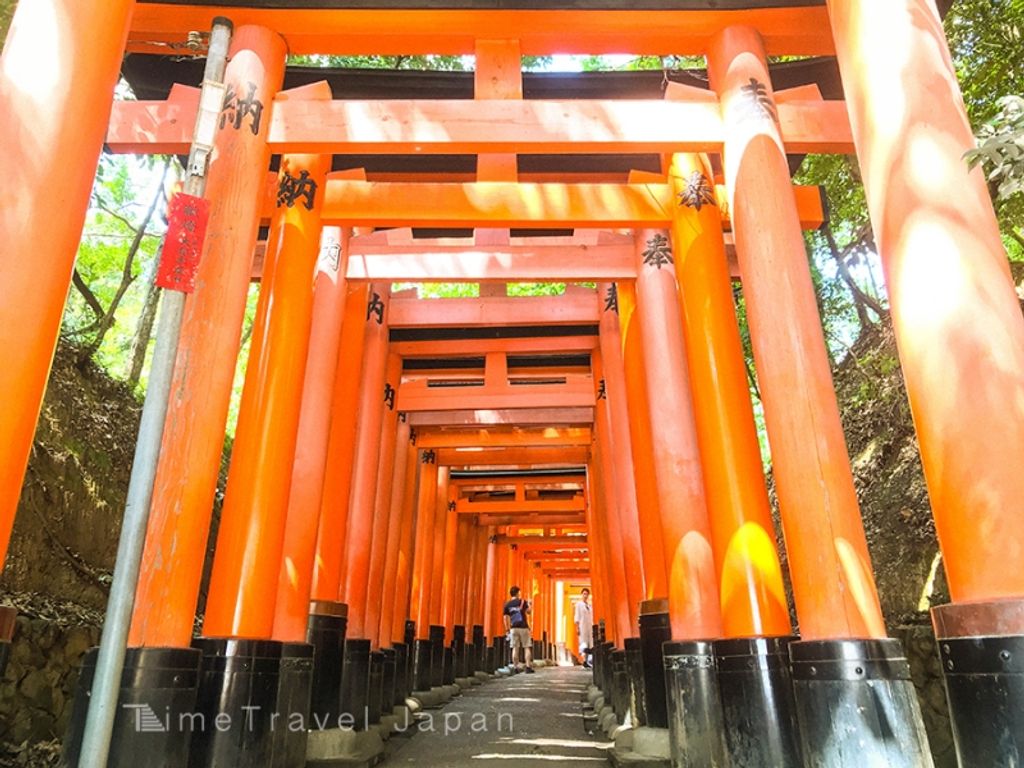 After the main building you will found your self surrounded by a hundred of Torii gates.
This path is called the Senbon Torii.
Each Toriis has been donated by either individuals or organisations.
So when you see the back of the Torii gates there are names those who donated those Torii gates. 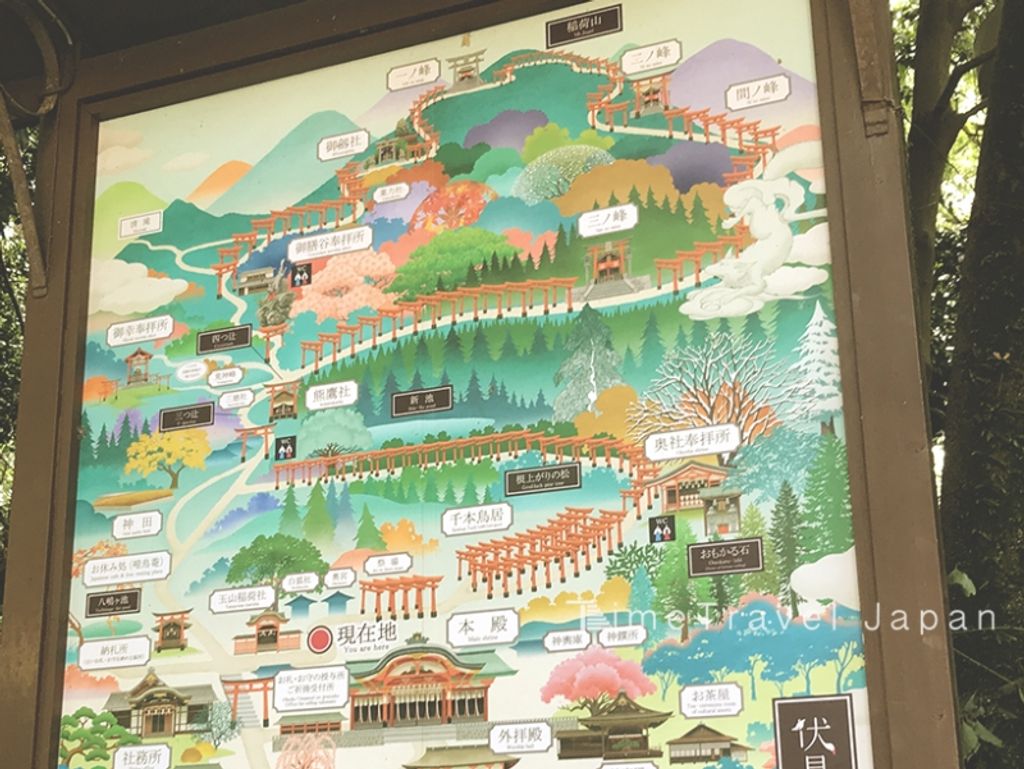 Actually this Senbon Torii continues all the way up to the top of the Mt. Inari.
If you have approximately three hours you can hike top the top and come down. Along the way there are many different shrines and beautiful views.
The trekking trail is lead by Torii gates and they give a mysterious atmosphere.
Of course you can avoid trekking trail and return from the first or second intersection. That way you will coma back to the main building area without an intense hike. 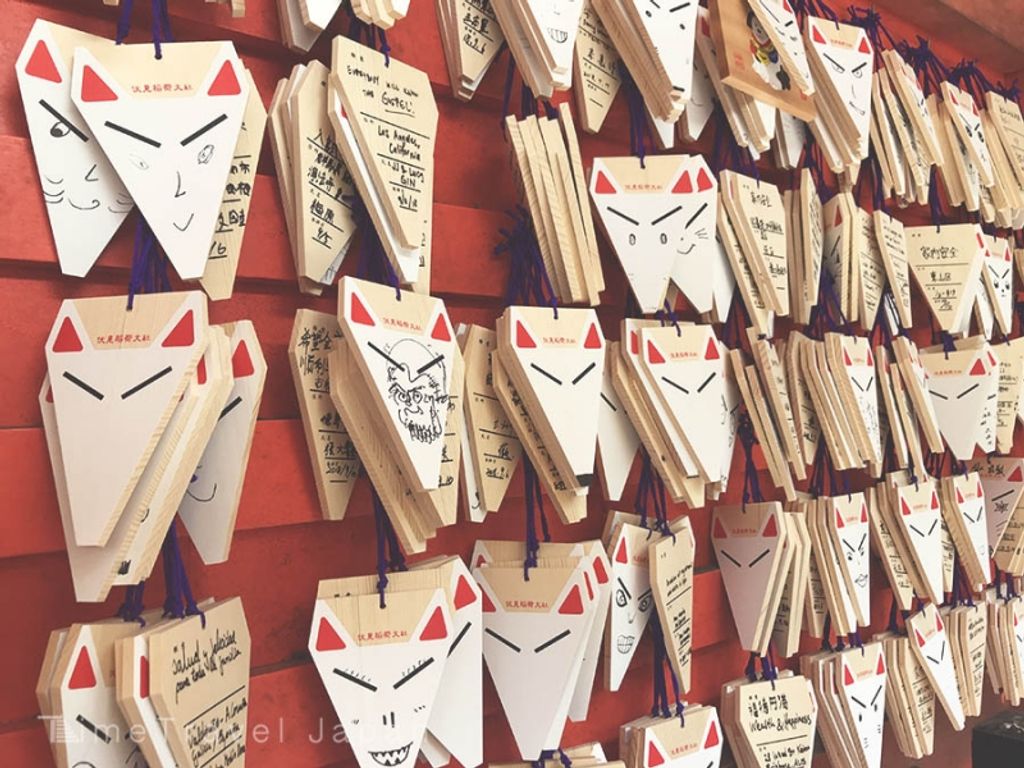 In the land of Fushimi Inari shrine or any other Inari shrines in Japan, you will see many fox statues.
Foxes are believed to be a messenger of rice deity, Inari.
It is because there used to be many wild foxes showing up in the rice filed in ancient Japan that led people to believe that they were messengers from rice deity.
The fox statue at the left side is holding a key at its mouth while the right side one is holding a precious stone both representing the goodness. 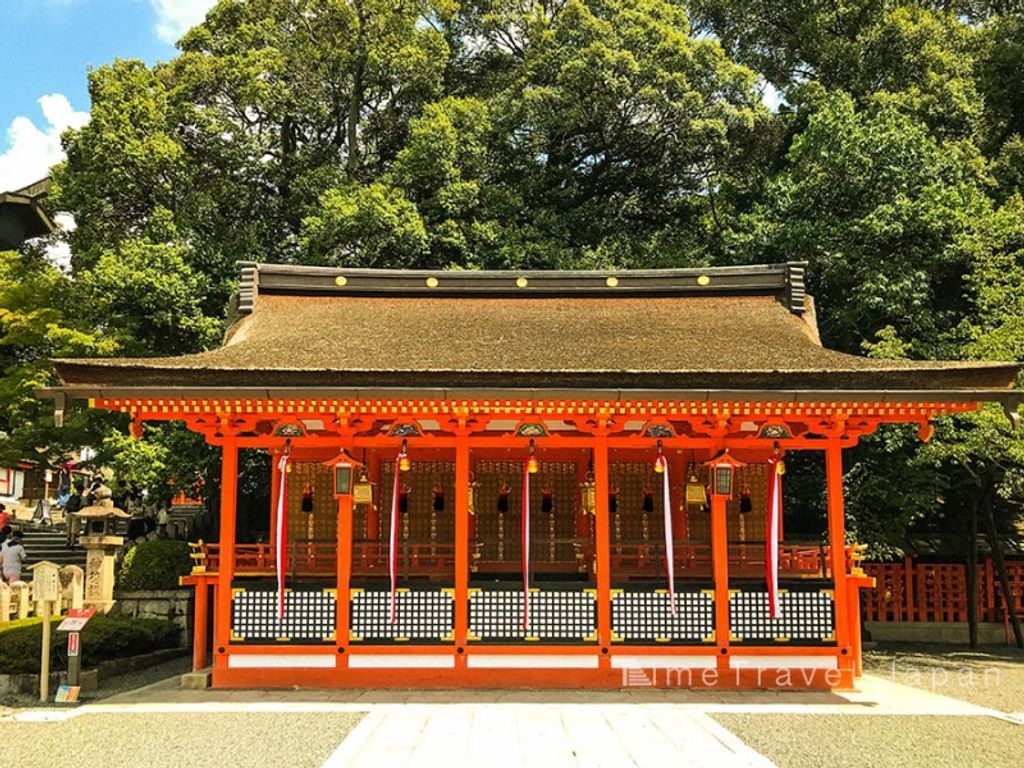 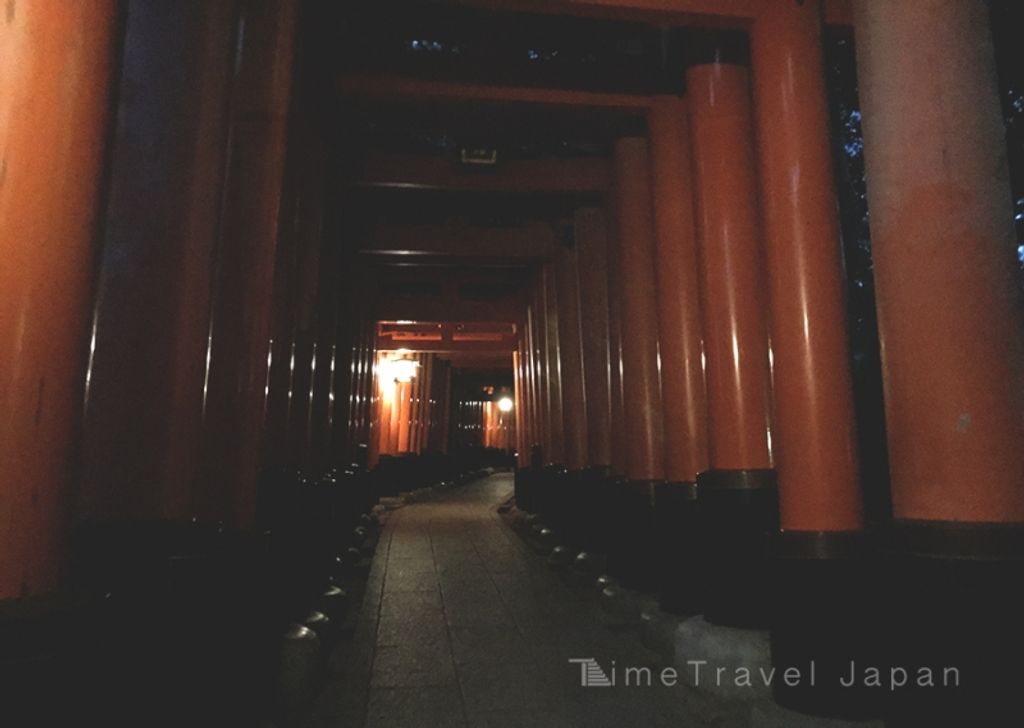 There is no afmission fee to enter the Fushimi Inari shrine and it is open twenty-four seven.
If you wanna avoid crowds we recommend to visit earlier than 9am or later in the evening – if you want to completely avoid people then you want to visit like 5am…
At night they righten-up the sight, and it gives a mysterious atmosphere.
From Keihan Fushimi station, it is easy to access other popular attactions such as Gion, Sanjusangendo, or Fushimi sake district.
So you can plan to spend about one hour at Fushimi Inari shrine within your day and proceed your trip to surrounding areas.
Or you can plan about three hours to round trip to the top of the mountain.
Plan your next destination to Fushimi Inari shrine with me!

Plan your trip to Kyoto with Lisa W.