Ohatsutenjin Summer Festival was held at Umeda, central Osaka, on July 19th 2014. A lion dance troupe consisting of six children with red hats gets on a wooden table and beat drums with calling out. The troupe are taking around 50 supporters to parade through busy streets such as Herbis Osaka, the front of Osaka Station, Ohatsutenjin Street. and the like.

In the fetsival they clap their hands in Osaka-style like tuck, tuck, tucktuck (wait) tuck.  Check a video below please !! 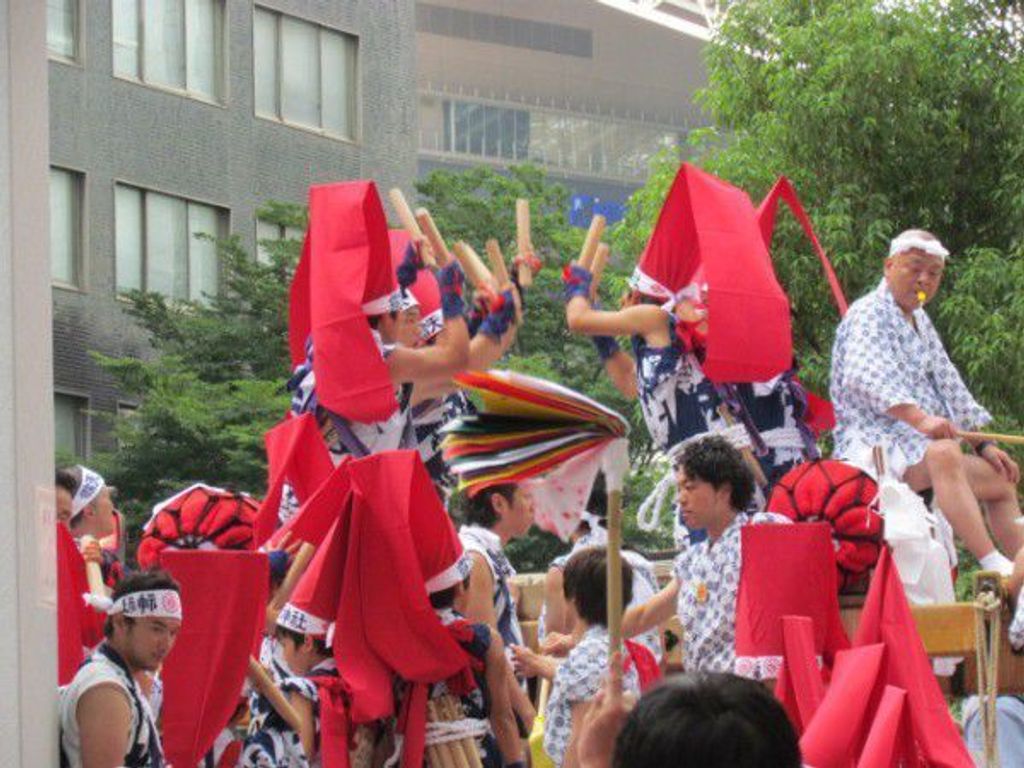 On the second floor of Osaka Station, "TRANSFORMERS" showed up !!
The movie will be released on August 8th in Japan. 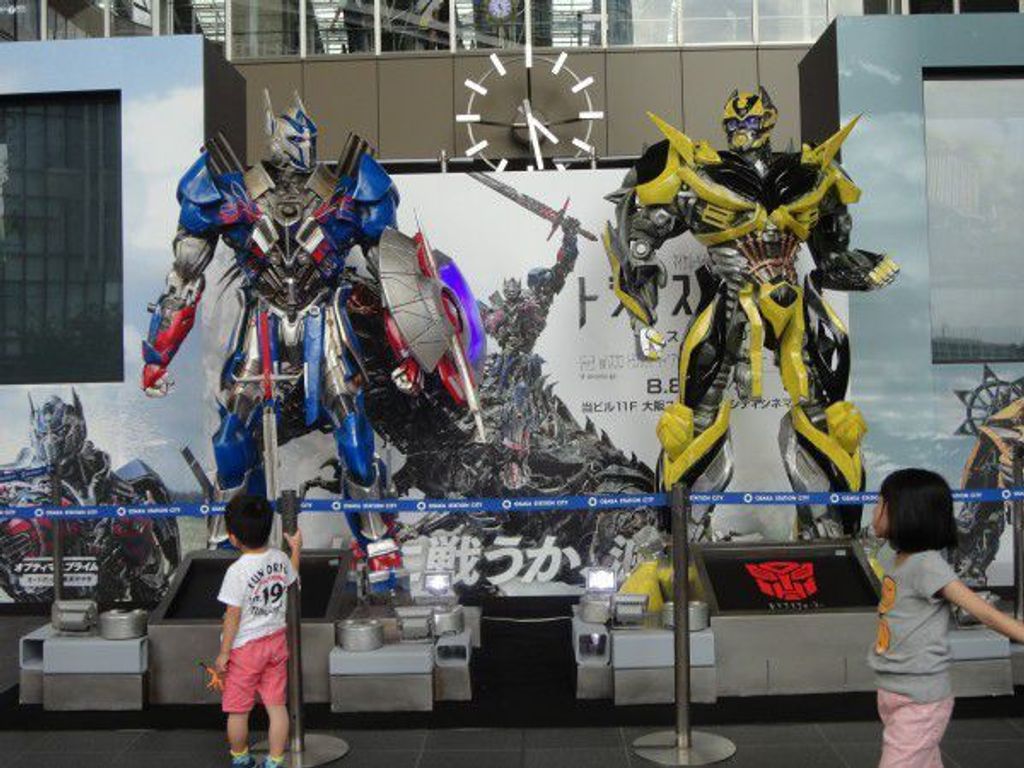 Doraemon appeared in Grand Front Osaka North Building.
Doraemon is a cat-shaped robot and is now gaining a popularity among children around the world.
Doraemon was created by Fujiko Fujio. In commemoration of 80th anniversary of his birth, Fujiko Fujio Exhibition is held.
And Umeda Yukata (a light cotton kimono) Festival was held in Umekita Open Space and you know what, Doraemon joined in the festival.  The site was filled with the excitement. 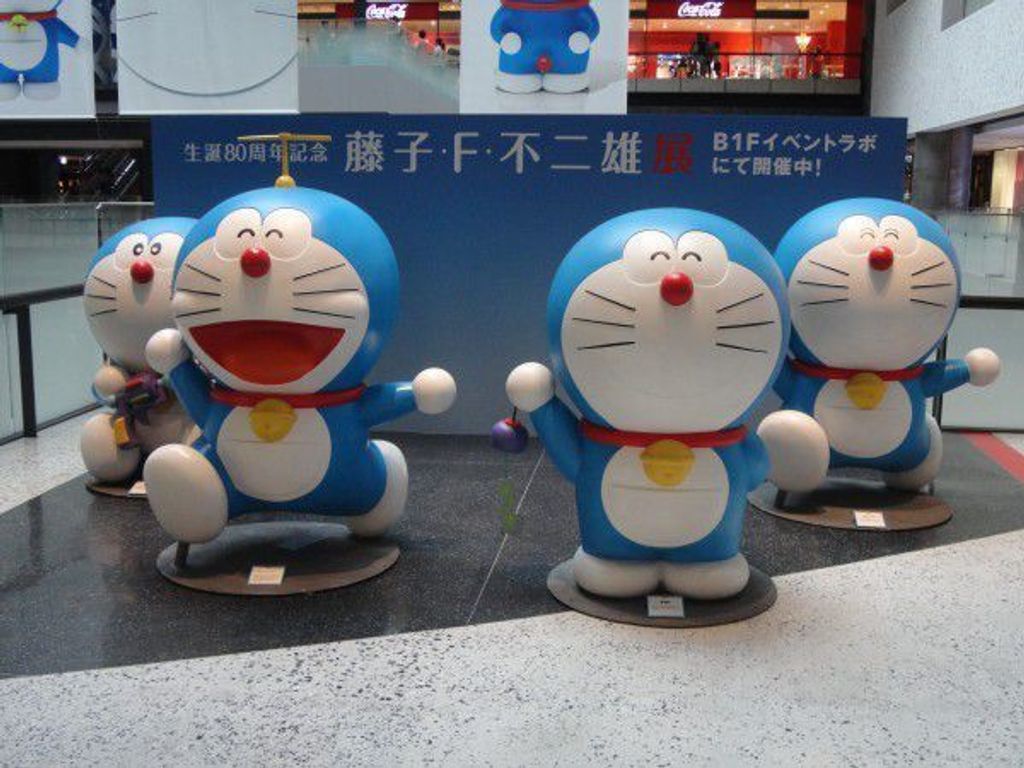 Osaka Festival is now getting its peak.

Please take the video at the bottom. YAKUSHI-JI  EAST  TOWER was built in 730.  It is one of the three oldest pagodas in Japan.  It keeps good bala...

This year (2021) cherry blossoms have begun to bloom about 9 days earlier than usual. I visited popular scenic spots for viewing cherry blossoms.Pleas...

On Mar 27 I took guests to Takayama Jinya, and Shirakawa-go Village designated as a World Cultural Heritage site in 1995. A magnificent view of farm ...

The festival is held in Nishinomiya shrine on the 10th of January.  It is called "TOKA EBISU Festival." EBISU is a Japanese God, one of the seven f...

Kyoto was the ancient capital of Japan from 794 over one thousand years. I would like to introduce you Kinkakuji Temple, Nijo Castle, Nishiki Market, Fushimi Inari Shrine, Kiyomizu Temple and Gion Corner.

Hiroshima has 2 World Heritage sites: the Atomic Bomb Dome and Itsukushima Shrine in Miyajima. Hiroshima is now internationally known as the first ...

I take you to Osaka Castle, Dotombori, Sginsekai and Shinsaibashi Shopping Street. In Osaka you can have Osaka local food such as Okoniomiyaki, Takoyaki, and Kushikatsu. Dotombori is popularly known as

Nara was the Imperial capital of Japan between 710 and 784 A.D. The city has many places of historical interest including Nara Park, Todaiji temple, ...

Kobe is one of the two largest ports in Japan, along with Yokohama. The city is well sheltered by a range of hills, with a population of about 1.5 million ranking it the 6th largest city in the nation. I can take you to Japanese sake brewery, Kitano Ijinkan (Foreigners' residential area), Kitano-cho (Kobe beef restaurant for lunch), Meriken Park, and Kobe Port Cruising.

I would like to take you from Shinjuku to Nikko. It'll take nearly 2 hours by train. I guide you Nikko Toshogu Shrine, Lake Chuzenj, and Kegon Falls....

Plan your trip to Osaka with Hideo Y.