Hyogo is home to two spectacular castles, and one of the three great night views of Japan. A place shrouded in historical beauty and georgous scenery, we highly recommend taking a train to Hyogo while you travel across the country on your holiday in Japan. Here are the highlights: 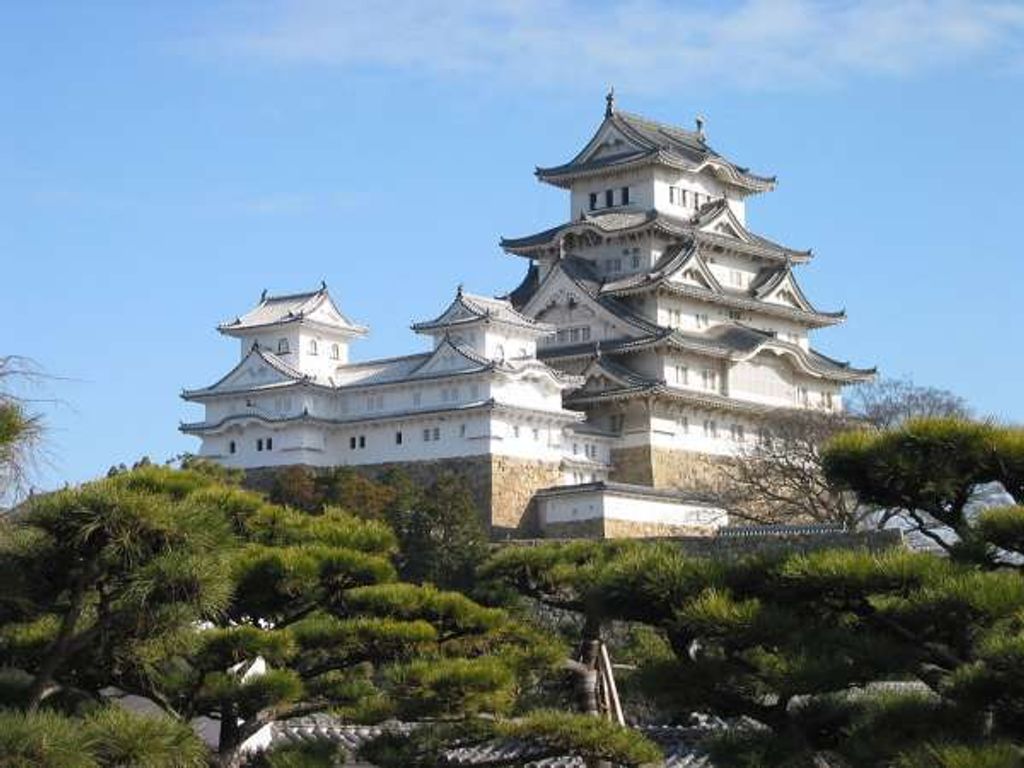 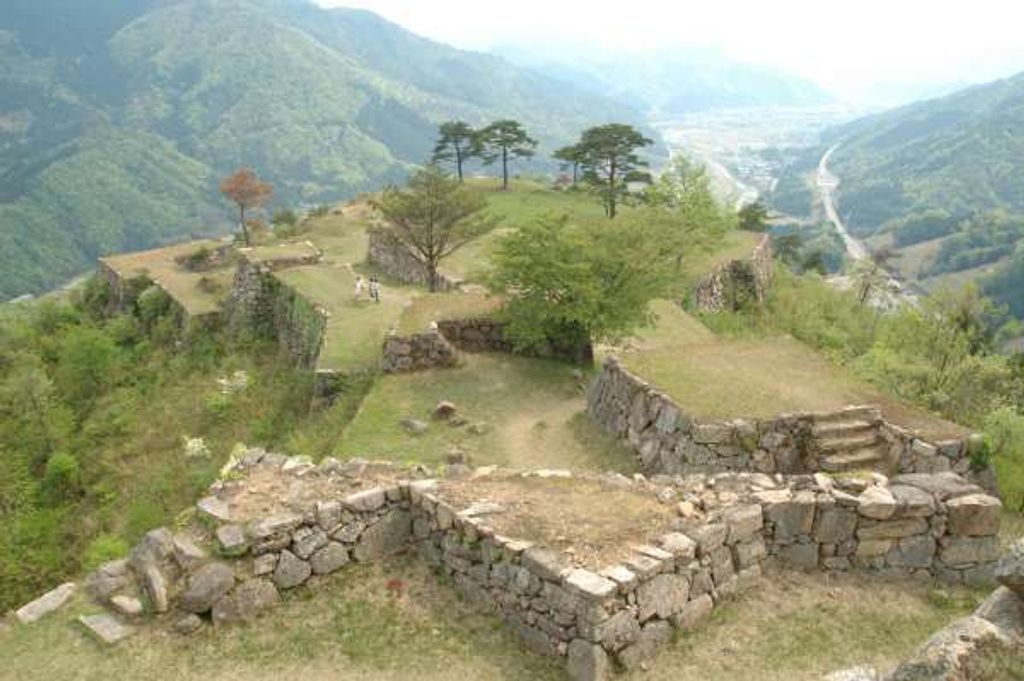 The ruins of the castle known as Japan’s Macchu Picchu are at the peak of Mt. Gojo in the southern part of the nature-filled Tajima Region in Asago City, Hyogo Prefecture. At an altitude of 353.7m, Mt. Gojo has also been called Torafusujou or Kogajou (Lying Tiger Mountain) since its shape seems to resemble that of a tiger lying down. However, the castle no longer exists with the remains of its stone walls continuing to relate its long history. Even so, one reason behind the ruins’ continuing charm for people even now is the wondrous scenery that has been created from the topography.

In the early mornings with their fine sunrises from autumn to winter, when the morning fog which rises from the river deeply enshrouds the mountain, the peak where the ruins of Takeda Castle are located is surrounded by a splendid wide sea of clouds. That scene is exactly like a castle in the sky which has been called Japan’s Macchu Picchu Ruins.

There are many unknowns surrounding the history of the castle, but it’s been said that around 1441-1443, the military governor-turned-feudal lord Otagaki constructed Takeda Castle. However during the age of warfare known as the Warring States Era, the castle couldn’t avoid the wartime destruction and ended up facing a number of battles. In 1580, under orders of the shogun Nobunaga Oda, Takeda Castle was invaded and fell, and Otagaki’s influence was ended. Hirohide Akamatsu became the new ruler of the castle and began reconstruction which successfully completed the castle’s expansion. Currently, the castle remains are from what Akamatsu constructed. However, his reign was brief, and in 1600, he was on the losing side at the pivotal Battle of Sekigahara at the end of the Warring States Era and was forced to commit seppuku. Another new ruler was found but afterwards in the new Edo Era, the castle was given the order to be abandoned by the shogunate.

Even with its heroic history during the Warring States Era, the castle has remained abandoned among the soaring beautiful mountains. This timeless story has been colored by a beautiful fog of the first order and continues to inspire the hearts of people.

Looking up to this mountaintop castle from below, the appearance of floating in the clouds is wonderful, but while climbing the mountain, the scene of river fog covering the mountain road in the distance is also beautiful. As an abandoned castle, the beauty of the view seen from the remaining stone walls further highlights the sad historical evidence. If you are yearning to see this beautiful fog, aim for November and check that the temperature during the day before you go is relatively high as the night cools down, and then head out the next morning. The river going downstream will cool down due to the difference in temperature and the lovely fog will form. Also, in recent years, the area has been recognized as a place for lovers, so it would be a great place to visit with that special someone. However, please note that during winter between December and March, the mountain is closed to entry due to snow. 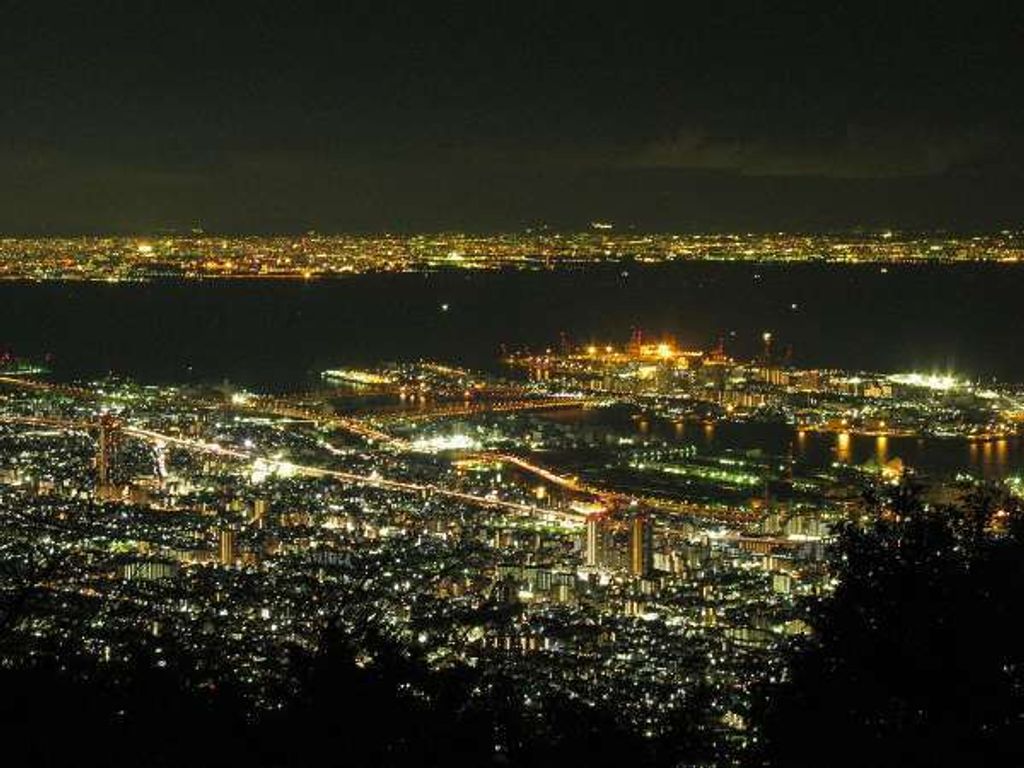 Mount Maya is located in the center of the Rokko Mountains which have been loved by tourists for activities such as hiking. You can easily make your way up from the city to the peak by using the Maya Cableway and the Maya Ropeway, known together as the Maya View Line, so people who are not into mountain climbing can rest easy. From inside the Maya View Line, you can get a panoramic view of Osaka Bay, and the line is that little-known spot where you can get that close-up feeling of nature on the mountain. This is especially recommended for those who want to really enjoy the scenery at leisure. From the Kikuseidai observation point at the top of Mt. Maya at 609m, you can see Kobe and even out to Osaka. Moreover, the view at night spreads out in front of your eyes and glitters like a jewel box, but you can also get a different expression of Kobe during the day. It is an amazing view from Mt. Maya that has been known as one of Japan’s Three Great Nightscapes, so enjoy that romantic moment up there.

The night view from Mt. Maya certainly has a breathtaking beauty that would make anyone swoon. However, it’s also recommended to take in the lush nature of Mt. Maya underneath that blue sky. The truly plentiful greenery surrounding Mt. Maya is incredible. Starting from Maya Nature Park, there are other numerous tourist spots where you can take a leisurely stroll such as Tenjo-ji Temple and the atmospheric Lake Hodaka. Of course, there is also that grand view from the mountain of Kobe and Osaka during the daytime. How about easing that fatigue from traveling as you enjoy the wonderful scenery in the clean air?