Nikko is a virtual wonderland with so many secrets and mysteries.

1. Why there is a 5 stories pagoda in a shinto shrine? 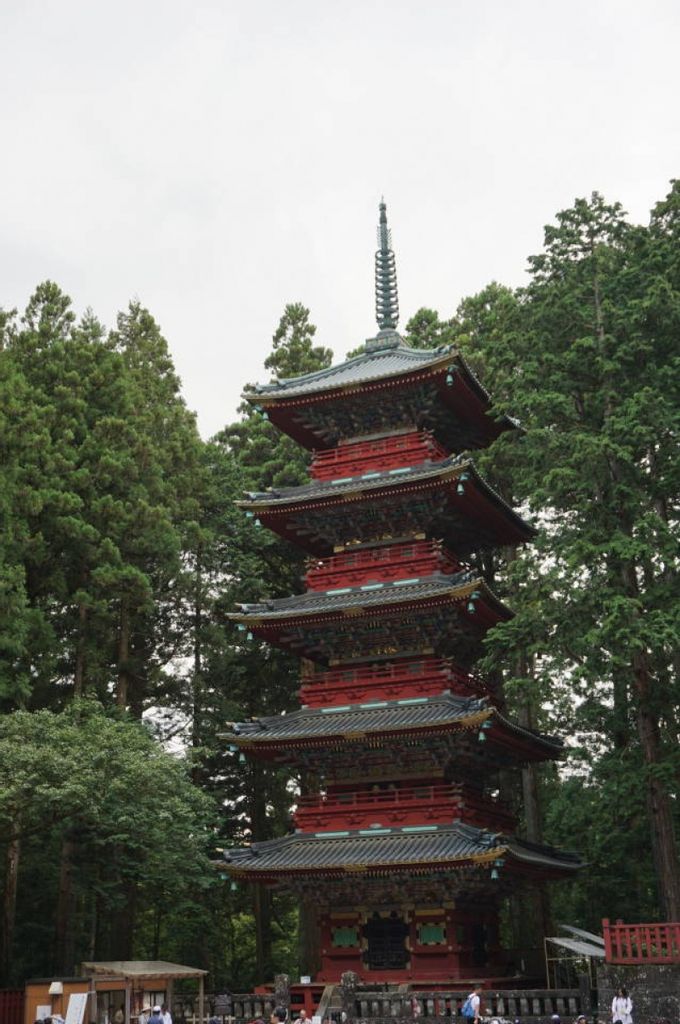 Until Meiji restauration in 1868, shintoism and buddhism co-existed and occasionally there were not clear distinctions of the buildings built in the sanctuary zone. Same way here in Nikko, Rin-no-ji temple, a buddhist temple, and Toshogu-shrine, a shinto shrine co-existed and they were considered to be a same devine zone.

But after the Meiji Restauration, the new government took a policy of separating these two religions. The idea was that the new government  wanted shintoism to be the backbone religion to lead the country, by making emperor as the leader and devine of the shintoism. By this policy, many buildings and statues of each two religions were separated to respective ones, however, in some cases where separations were not easy because of its geographical location, some were allowed to remain to co-exist. That is why we see  a 5 stories pagoda at a Shinto shrine of Toshogu.

2. Why the family crest of Tokugawa Shogunate family is upside down at the rotating lantern given by the Duch?

The family crest of Tokugawa Shogunate family is three leaves of Asarum Caulescens. It is often seen in many buildings and monuments in Toshogu shrine. 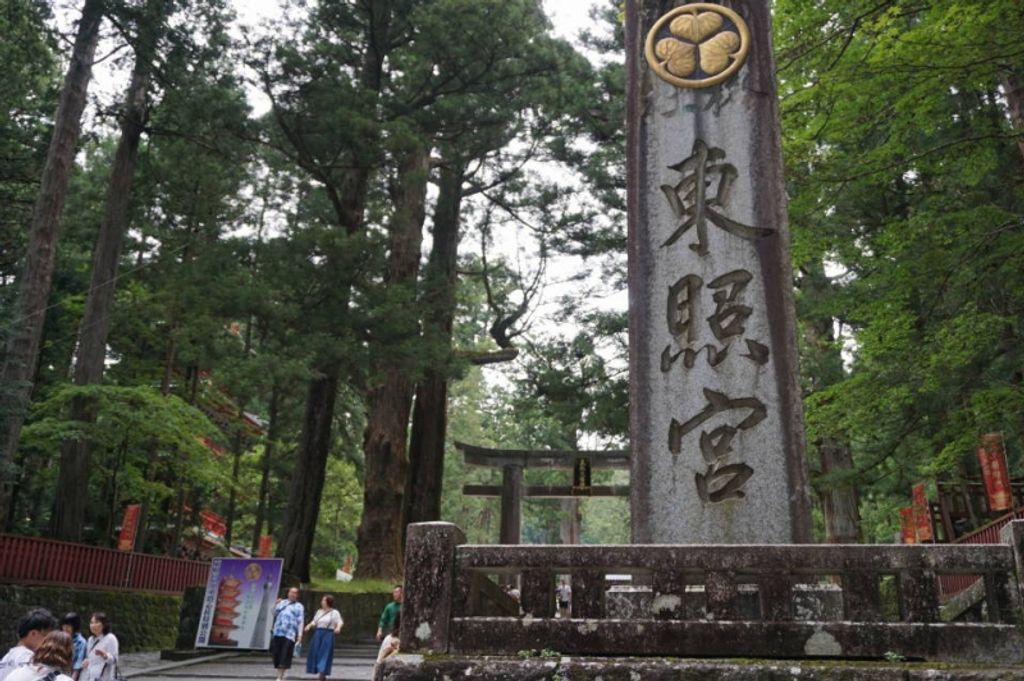 There are also some in the 16 century rotating lantern donated by Duch East Indian Company, made in Amsterdam. But, here the family crest is put upside down. Why is it? 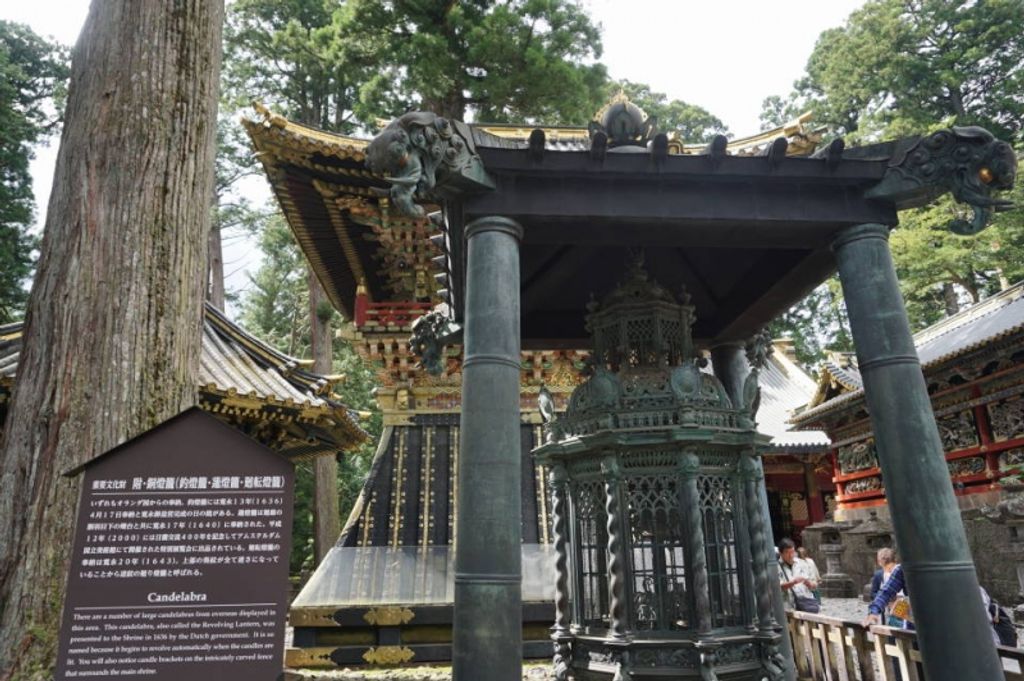 Though the reason is uncertain yet, but it is said to be most likely that it was a simple error. Most probably, because of its significance brought all the way from Holland to Edo, the Shogunate government took it for granted though it is upside down. Had it been the case for other party, such as subordinating samurai clans, the consequence would have been very much different such as penalty by Harakiri. 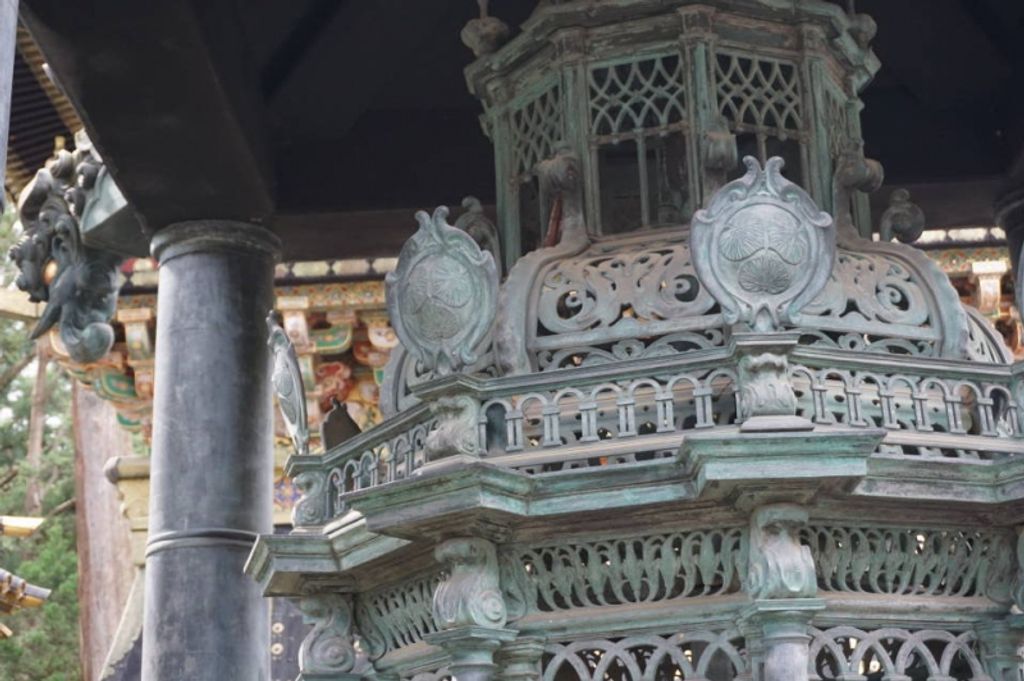 3. Why the one corner on the roof of Cyozu-ya, or a purification basin is cut round?

Chozu-ya is a common place for temples and shrines as a place to purify before prayer. 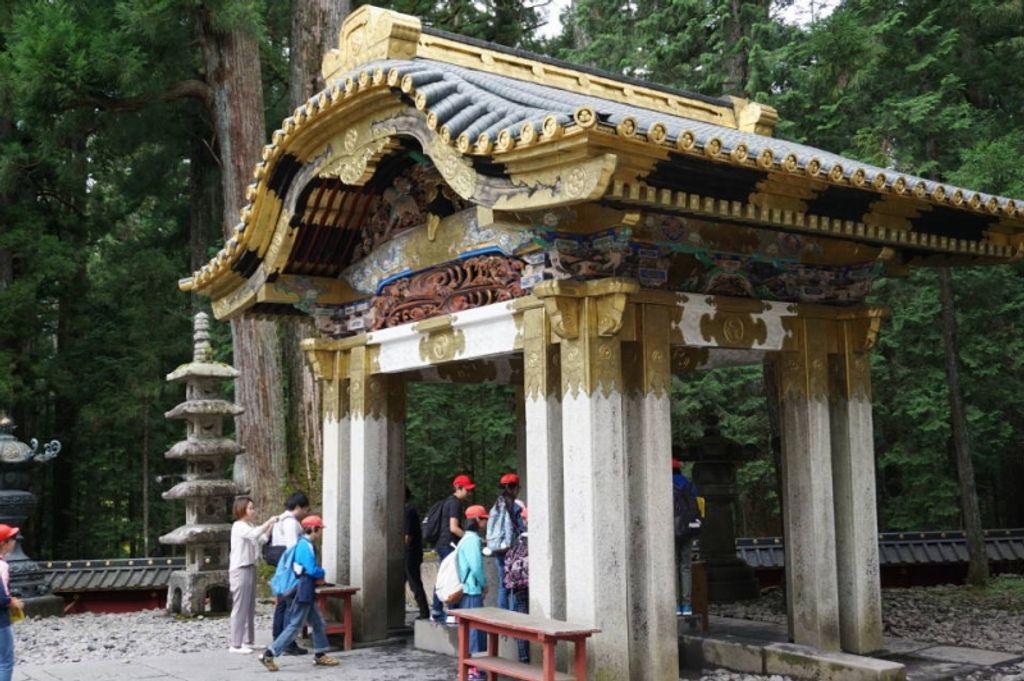 Here in Toshogu, one of the four corners of the roof is cut round. Why is the case? 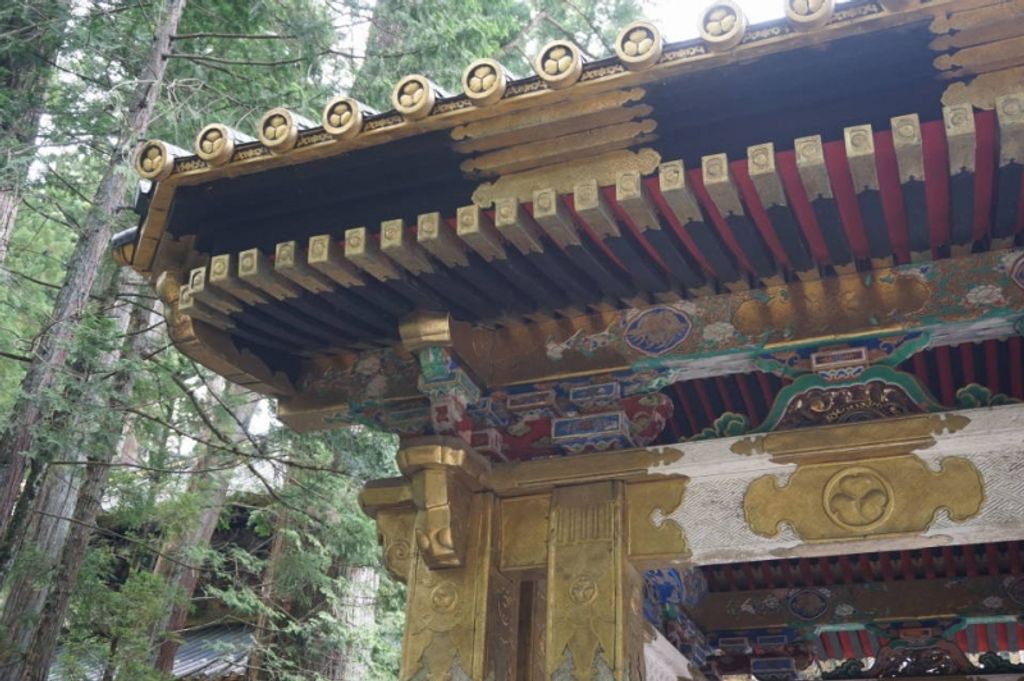 It is said to be the motto of Ieyasu Tokugawa, founder of Tokugawa Shogunate family and the diety of Toshogu, was that something perfect will lose its shape at one point and does not last long. So, at times things were made to be inperfect or lack a part for purpose.

It is also believed that in Yin Yan Thought of ancient China, north eastern corner is the direction where evils penetrate. So, preparing for the evils, people cut the edge to show that they are ready to confront. Such is often seen in daimyo castles such as the one in Himeji.

If you are interested to learn more about the secrets and mysteries of Toshogu shrine or Nikko, please refer to my tour Incredible Nikko Customized One Day Tour.

5 most popular pasteries in Japan

Washoku, or Japanese cuisine is classified as UNESCO's world heritage, and pasteries form at times an integral part of it. Here are 5 most popular pas...

Wasyoku or Japanese cuisine is classified as UNESCO's world heritage. You may think that those cuisines are expensive and need to wear a formal attire...

Why the donjons of Japanse castles are empty?

People frequently ask why the donjons of Japanese castles are empty. People may imagin that buildings at the castle are filled with items such as arm...

When is the best season to visit Mt.Fuji?

It is frequently asked that when is the best season to visit Mt.Fuji. People may have different opinions, but for me it is definitely spring. Why spr...

Nikko is a virtual wonderland with so many secrets and mysteries. Here are 3 top mysteries of Nikko's landmark shrine of Toshogu Shrine. 1. Why ther...

Izakaya is a bar, bistro in Japanese style. In Japan, men and women, young and old, even children at times go to Izakaya. Salary men (Japanese white c...

Walking Evening Tour in the heart of Tokyo

The charm of Tokyo does not end after the evening falls, but it becomes even more brilliant at night. Here you have a choice of visiting some of the prominent night life zones, not necessarily high end, but more casual places where workers gather after their long day. If you a fan of Izakaya, we may be able to jump in at one of those and feel as if you became a Japanese business warrior.

You have only three hours in Narita? Are you on transit at Narita? Don't waste your valuable time here. You can spend an unforgettable experience within your timelimit. Only a few minutes from the airport, there is this middle age buddhitst temple of Shinsho-ji. I, a native guide of this area, can explain all about this interesting temple. Let's go visit there together!

For everybody in Japan, Mt.Fuji is something special, not only for its beauty but more as a spiritural thing. Especially in spring, the beauty is stunning with cherry blossoms in bloom.This is a tour to go see and feel Mt. Fuji in one day, where you can enjoy the beauty of this devine mountain, also to taste typical local cuisine for lunch.

Safe and Easy Transport from Narita to your Hotel

Narita airport is located 60km away from Tokyo, too costry to go by taxi (30k yen or even more), too complicated to go by public transportation system (many lines operated by different companies, tickets not always compatible, few signs in English etc. ). No worry any more. I can take you safely to you hotel.

Half day private Tour of Edo-wonderland in Narita

Near Narita airport, there is a hidden Edo-wonderland where you can experience a real Edo-life and local food. Because it is located near Narita airport, you can take maximum benefit of your time . Just spare short hours with me before or after your journey in Japan. As a native guide to this area, I wish to share this precious moment with you.

Plan your trip to Nikko with Yoshihisa O.