A training temple for Zen Buddhism, a temple hidden deep within a valley, and a temple built on a mountain. If you are interested in the religious sites of Japan, then in Hiroshima there is a wide range of different temples that can be enjoyed on your sightseeing journey: 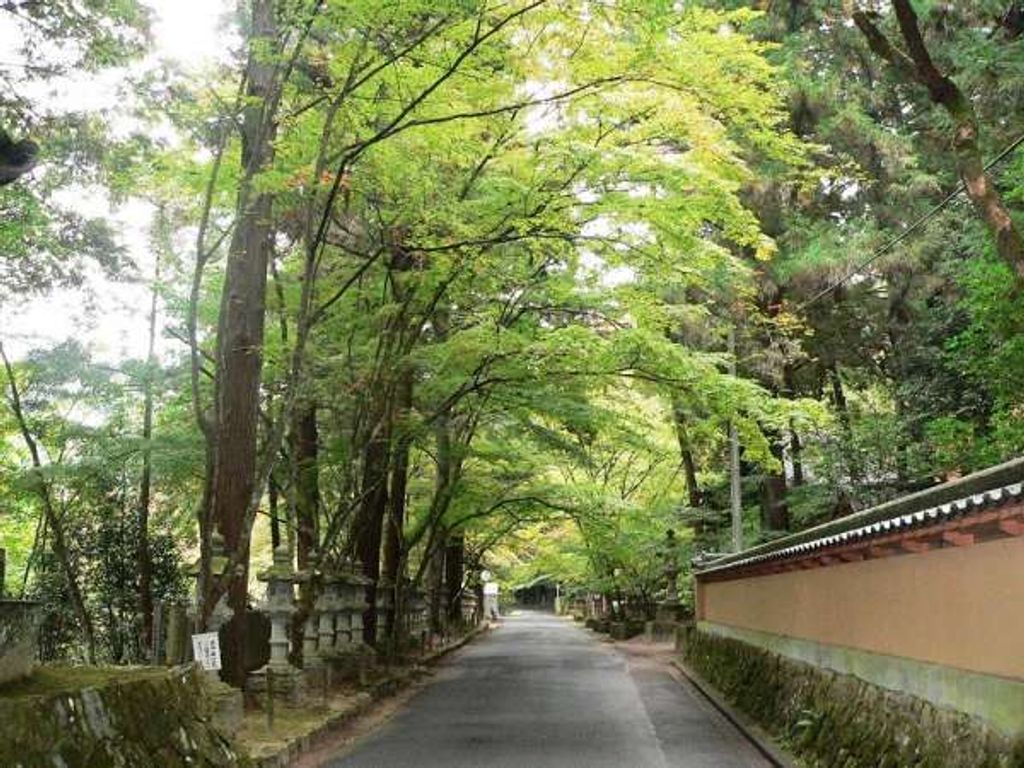 The temple is located deep in the mountains some 50 minutes away by bus from Mihara Station. Although there are the fall colors, the new leaves of spring are also beautiful and the entire area which has been designated as a prefectural natural park is a temple which can be enjoyed throughout the year. Buttsu-ji which has a 600-year history as a Zen training dojo is frequently used by groups for Zen meditation meetings and sutra copying. Within the temple grounds, there is a shop Sesshu-tei Kikusui which deals in pottery and small Japanesque items with an adjacent teahouse which uses the pottery sold at the shop. The goma dofu (sesame tofu) using sesame seeds cultivated by the owner and local farmers is a popular dish. 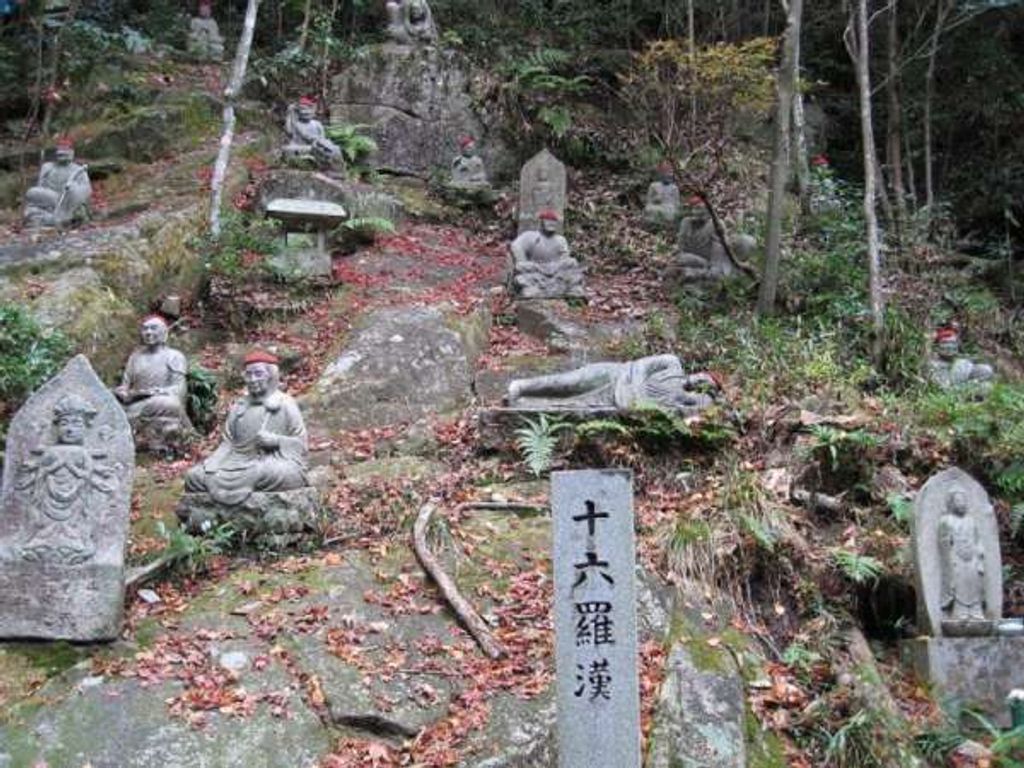 By car, it is only a 10-minute drive from the core of the city of Hiroshima. Located in a deep mountain valley, Mitaki-dera Temple is on the side of Mt. Mitaki and has a quiet air about it although it is close to the downtown area. The temple grounds which have a grand view of the city are in the form of a garden, and on the sando path to the temple, there are stone Buddha statues and tanka inscriptions which look out for the worshipers. The 3 waterfalls which flow within the grounds (“Mitaki” means “3 waterfalls”) provide the water used for the peace memorial ceremonies in Hiroshima. 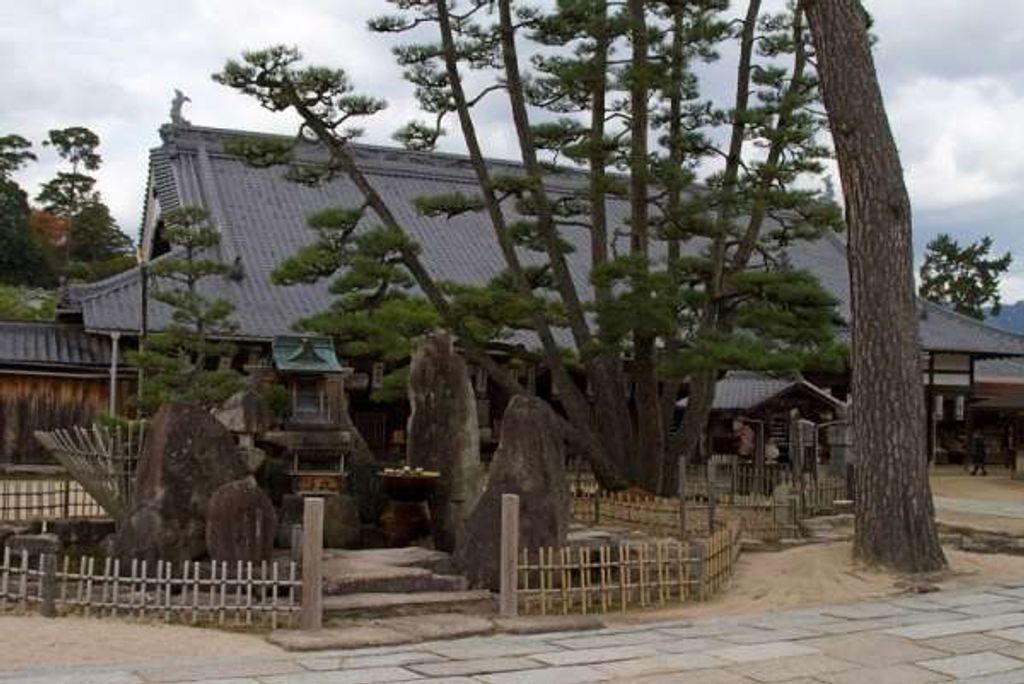 Until the Meiji Era, Daigan-ji Temple existed as a construction bureau of sorts to provide construction and repair to the buildings of Itsukishima Shrine which included the 5-story pagoda, the 2-story pagoda and Senjokaku. Long ago, shrine visitors who arrived on the island near Daigan-ji cleansed themselves in the bath and changed clothing before making their way to Itsukishima Shrine. Following the decree to separate Buddhism and Shinto in the Meiji Era, Daigan-ji was reduced to just the Sanmon gate and the main hall, but within is enshrined the Benzaiten of Itsukishima. The enshrinement of this goddess is so famous that it has been counted alongside the two Benzaiten in Enoshima, Kanagawa Prefecture and Chikubu Island in Shiga Prefecture as one of Japan’s 3 Great Benzaiten. 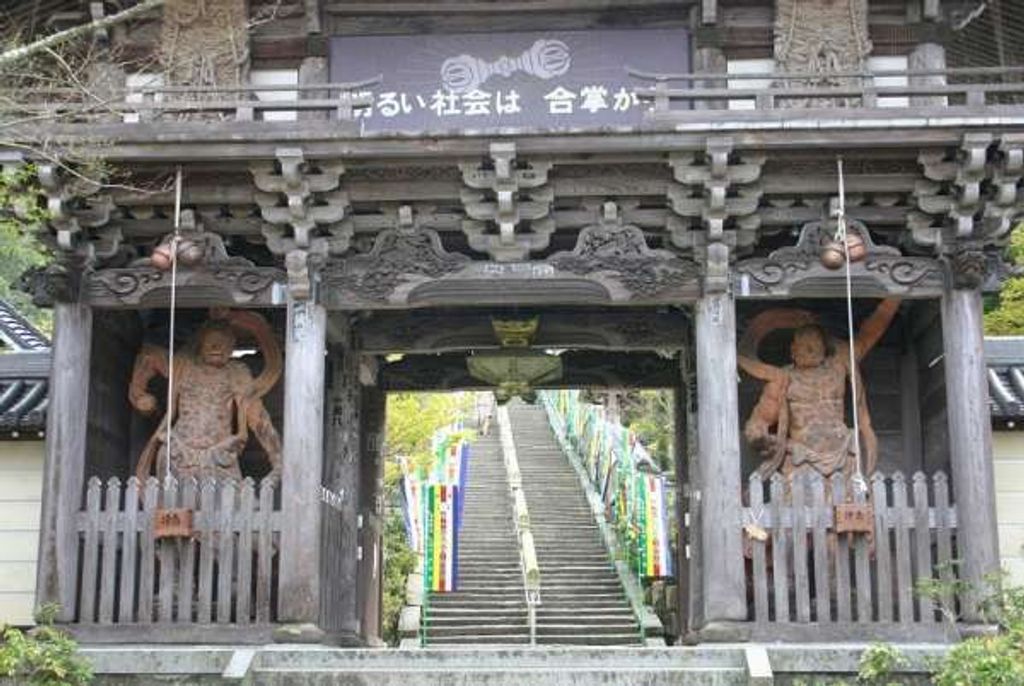 It is a 20-minute walk from Miyajima Pier going past Itsukishima Shrine. The temple is built on top of a slightly elevated hill as you enter Mt. Misen. It is a 1200-year-old temple on Miyajima that has also been involved in the administration and operation of Itsukishima Shrine since ancient times. Daisho-in is not only known for having a connection with the Imperial family through having such things as a prayer hall built on Emperor Toba’s command and the accommodations for Emperor Meiji when he visited the temple, but it is also famous for attracting strong worship from men of power over the centuries such as the shogun Kiyomori Taira, Hideyoshi Toyotomi and Hirobumi Ito. In 2006, with the visit of the Dalai Lama to take part in a grand memorial service to commemorate the temple’s 1200 years, Daisho-in is Miyajima’s most prominent temple. 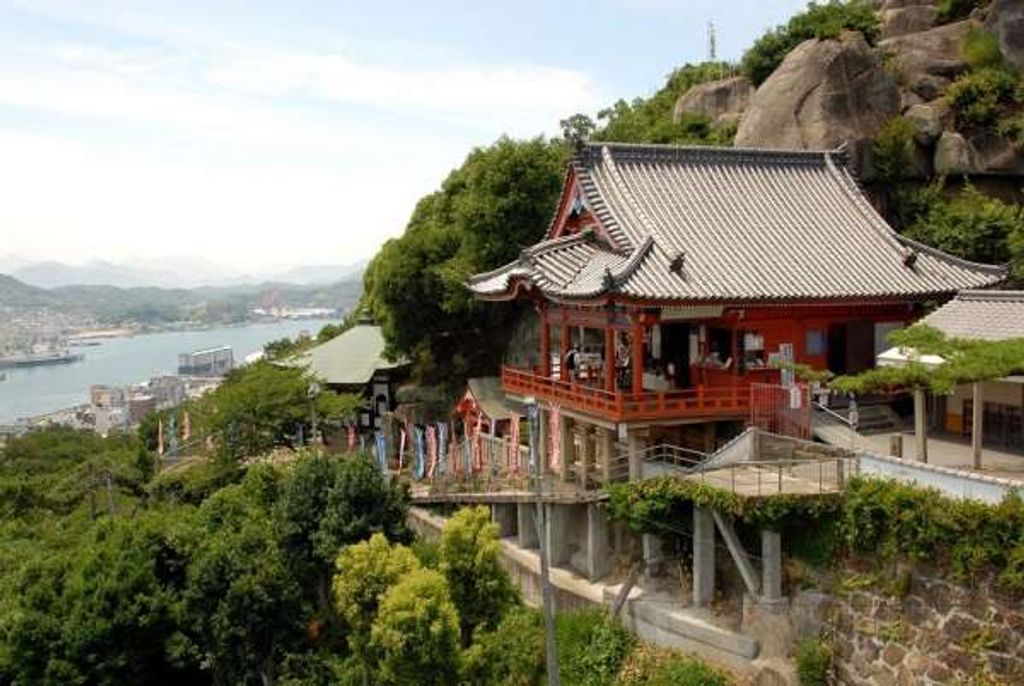 Senko-ji Temple is located in the heart of Senko-ji Park on top of a sheer precipice. The vermilion Main Hall which has also been called the Red Hall and the Bell Tower which was chosen as one of the Top 100 Japanese Soundscapes are symbols of the temple. Many large and strangely-shaped rocks exist within the temple grounds, and the huge Tama no Iwa (Ball Rock) that has a circumference of 50m and a height of 15m is famous for a legend that states that it once had a shining gem placed on it. Currently, another gem has been placed at the top of the rock, and when night falls, it glitters in 3 colors. There are also many other notable sites such as Kusariyama which is accessed by scaling a rock; Tsuzumiiwa, a rock which makes a hollow sound when tapped; and Iwawari-no-Matsu, another rock which has a giant root growing out of a huge crack in it.