A trip to Miyagi is bound to impress. Beautiful scenery, a view of the Pacific Ocean, castle ruins, a temple that displays over 30,000 artifacts, and a museum of history are just three of the attractions you can enjoy on a visit to Miyagi: 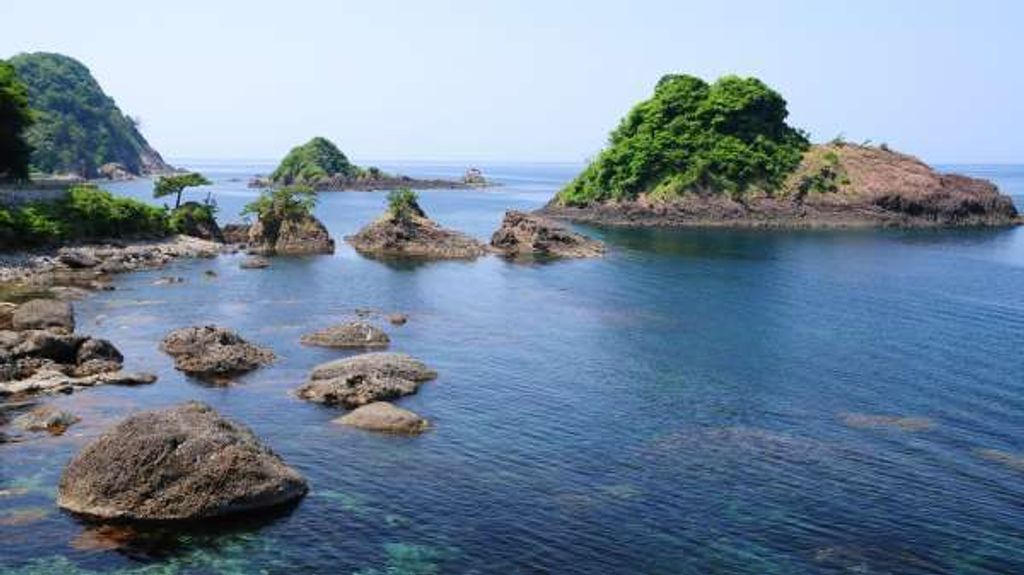 North of Sendai, there is Matsushima, beautiful and picturesque scenery located in an inlet along the Pacific coast. Known as one of the Three Views of Japan for centuries, this area which has been designated as a Special Place of Scenic Beauty has continued to capture the hearts of many travelers. There are islands, big and small, floating on top the blue waters of Matsushima Bay, and the beauty of this wonderful scenery, retained from the wildness of nature such as the brilliant pines growing lushly on the small islands and the white rock walls made from the waves hitting them, has the taste of the real Japan. Full of various expressions throughout the four seasons and the passing of time, the area leaves a special impression on visitors.

The highlights of Matsushima aren’t just the areas of scenic beauty on the islands floating on the sea. There remain many famous temples that were built in the old times and continue to relate a sumptuous history. The first daimyo (feudal lord) of Sendai, Masamune Date, moved a teahouse, Kanran-tei that he had acquired from Hideyoshi Toyotomi to Matsushima to be used by generations of daimyo for enjoying the cool of the evening and moon-viewing. Then, there is Zuigan-ji Temple which was established in the 9th century and later became the family temple for the Date clan; Godai-do Hall in which the statue of Godai Myoo, an image that is rarely displayed to the public, is enshrined; Ojima Island which is reached by a vermilion-lacquered bridge, and is an island of grottos where monks practice their beliefs and the dead are worshiped via memorial services; and many other historic sites which can be enjoyed through a tour of the area.

There are various ways to enjoy Matsushima. If you want to view that perfect sight, the Four Views of Matsushima where you can get that panoramic view of the 260 islands on Matsushima Bay and The Park of the Pine Tree that Sent Saigyo Home where you can enjoy the perfect view of flowers and islands during the season of the cherry blossoms are famous. If you want to get an even closer view of the islands, then enjoy a cruise around the islands. Also, since rental bikes are available, it’s great to ride around the Matsushima shore. And Matsushima is famous too as a moon-viewing spot, but aside from the evenings, the view during sunrises and sunsets are also exceptional. You will want to take your sweet time enjoying the changing expressions of Matsushima hour by hour. 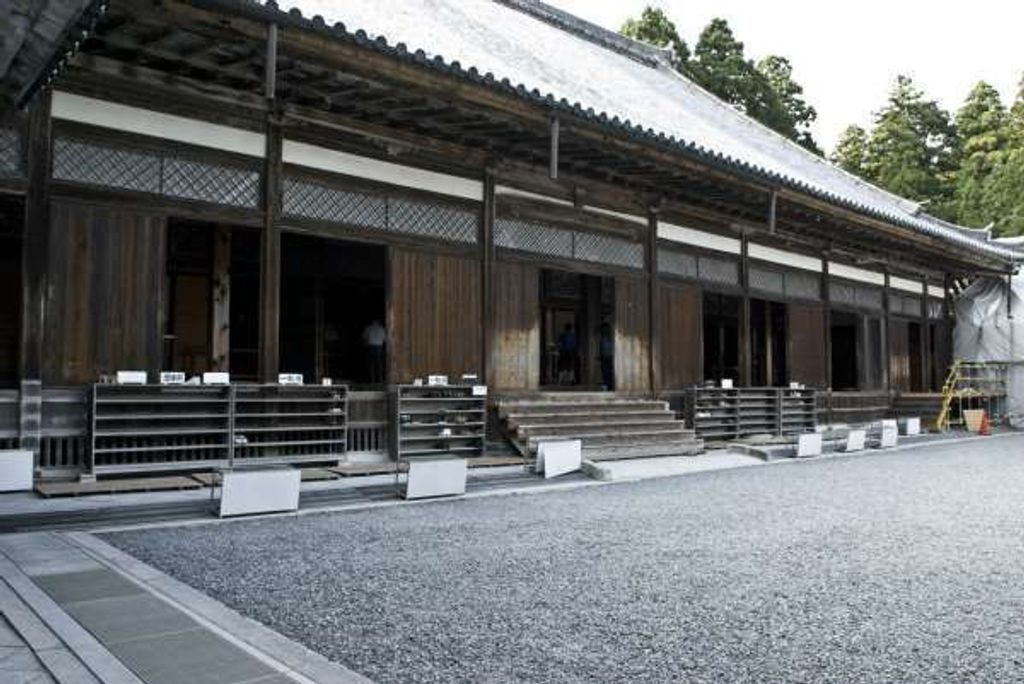 At the beginning of the Heian Era in the year 828, the priest Jikaku Daishi Ennin founded a temple in Matsushima with the help of 3000 students and monks. Afterwards, with the changes in authority, there came changes in patrons and even denominations as the temple continued to survive, but in the year 1600, the military commander Masamune Date built a castle in Sendai, and with the construction of the town, construction of temples and shrines proceeded. One of those temples would become Zuigan-ji Temple which would be rebuilt and completed in 5 years in 1609. With the temple coming under the Date clan’s protection, it would usher in a halcyon age. In the middle of the 1800s, even with the looming crisis over the expulsion of Buddhism from Japan, there were efforts to save the temple so that even now its impressive and magnificent appearance has been retained as the family temple of the Dates.

Masamune Date put all of his passion into Zuigan-ji Temple by using only the finest building materials and inviting 130 skilled workmen to complete the gorgeous masterpiece that is the main hall. Date, who is said to have had an excellent aesthetic sense, was influenced by Momoyama culture which had blossomed in Kyoto and Osaka while he was living there during the Sengoku Era, and he apparently brought that sense with him to the Tohoku region. The interior of the main hall of Zuigan-ji brought out the best in Momoyama art, and it is imbued with luxurious and vivid colors using gold for areas such as the ceilings, the fusuma sliding doors, the wooden panel carvings above the doors and the pictures on the sliding partitions. The main hall and the Kuri temple kitchen have been designated as National Treasures and are open to the public.

The Seiryu-den, which was opened in 1995, was built to preserve and display Zuigan-ji Temple’s collected artifacts and is open to the general public. As the main collection, there are displays such as the paintings on the room partitions of the main hall which are National Important Cultural Properties that underwent a 10-year restoration, portraits of the Date clan lords over the generations, writings, bowls, portraits of the chief priests, and writings & books related to Matsushima. Approximately 30000 artifacts are displayed in permanent and special exhibition rooms depending on the season and under occasional themes. 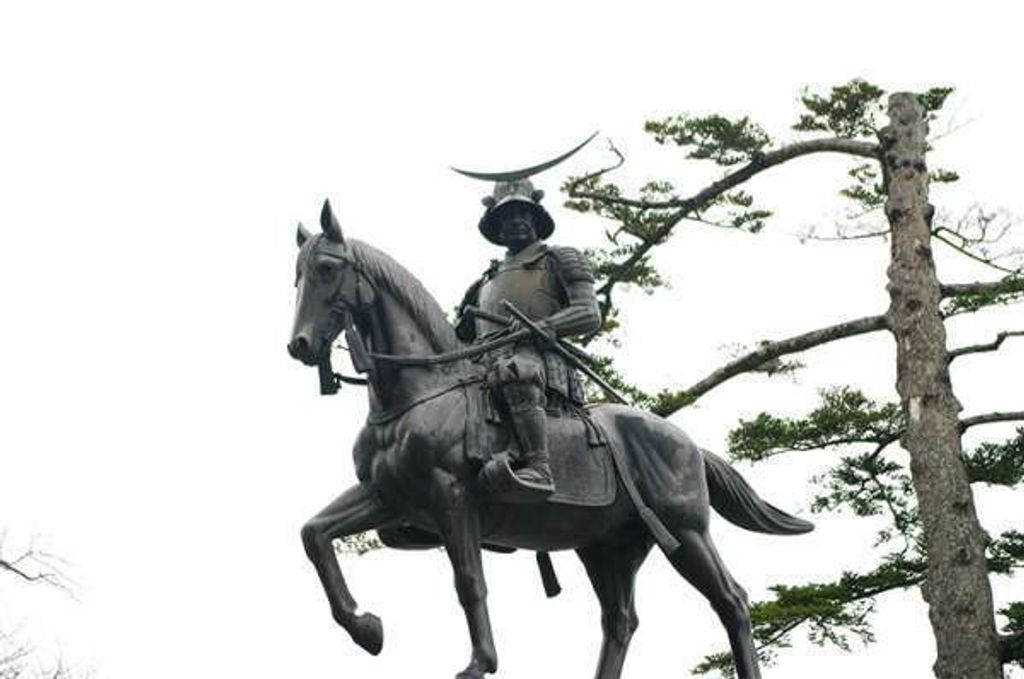 Following the construction of a castle by Masamune Date, Sendai prospered as a castle town and is now famous as a beautiful site for its National Treasures, National Historic Sites such as the remains of Sendai Castle, Important Cultural Properties, and the old remnants pertaining to the Date family.  At the Sendai City Museum which is located on the San-no-Maru enclosure in Sendai (Aoba) Castle, the 90,000 artifacts of art works and historical documents pertaining to the history and culture of Sendai and Miyagi Prefecture mainly centering on the donated cultural properties from the Date family are displayed on a rotating seasonal basis, and at any one time, there are approximately 1000 artifacts on display. A wide variety of historically valuable works and illustrations are proudly exhibited beginning with old books, paintings, ukiyo-e, weapons and pottery.

During the Momoyama Era when the most gorgeous culture blossomed, Masamune Date, who had lived in the cultural centers of Kyoto and Edo, reflected on personal items and architecture such as the numerous armor and clothing with that refined sense of beauty. The museum has many artifacts which reflect Masamune’s pre-eminent sense. Among them, the Important Cultural Property of The Black-Lacquered Armor with the 5-Piece Cuirass will greatly impress viewers with its novel design of black armor and gold crest. This armor is only periodically displayed so please check in advance before coming to the museum.

Documents of high historical value that were brought home from the 1613 Keicho-Era Mission to Europe that was dispatched under the orders of Masamune Date for the purposes of trade negotiations between the Sendai Clan and Spain have been preserved. Also portraits of Tsunenaga Hasekura and Pope Paul V, the Title of Roman Citizenship conferred upon Hasekura by the Roman city council and other valuable documents that relate the history of Japanese diplomacy and Christianity have been registered as artifacts within the UNESCO Memory of the World programme.