As you know well, Japan's staple food is rice, not soybeans. However, a soybean has long been an indispensable food for the Japanese. And it is one of my favorites. So let me tell you about it.

First let's take a brief look at its history. It is said that the home of a soybean is East Asia, and after the 20th century it began to spread throughout the world.  In Japan it began being grown about 4,000 B.C.

Today it is regarded as one of the healthiest ingredients. This is because the soybean is rich in protain and contains a lot of isoflavone which is proved to be very effective against menopausal discomfort problem and osteoporosis, and the like. So it's one of the health foods. No doubt about it.

Just for your reference. According to a paper issued by a researcher at Japan's Tokushima University in 2018, daily intake of 25 grams of soybean powder, or between 60 and 70 soybeans, is effective to increase muscle by 40% max. So just a touch of soybean powder should be enough to have daily. So I take a spoonful of soybean powder with yogurt every single morning, hoping it will work.:)

Here are some of the popular soybean foods in Japan. 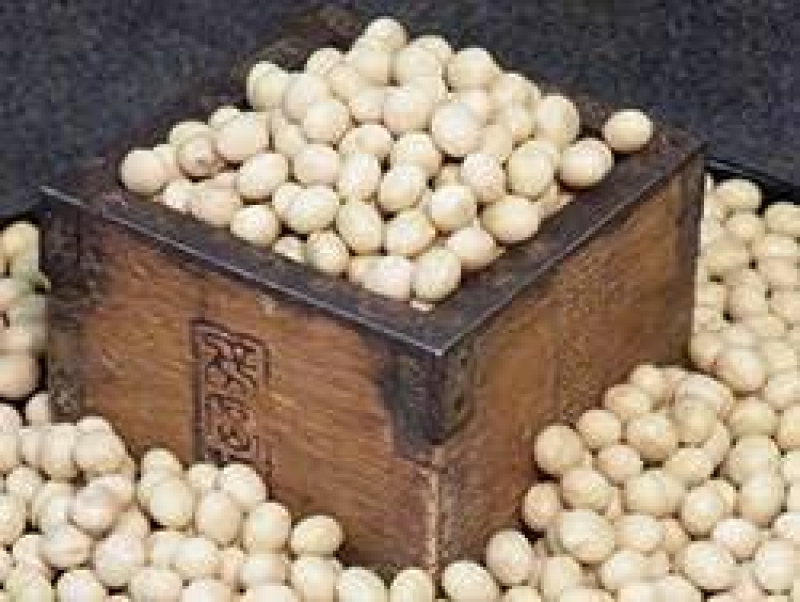 1. Tofu or soybean curd: You can eat it cold as "Hiya-yakko" with chopped green onion and shaved dried bonito on it. Please pour a little bit of soy sauce over it. Also you can enjoy it hot as Yudofu or boiled tofu.

Just for your reference, tofu was allegedly introduced from China to Mt. Koyasan in Wakayama Prefecture by Japanese Buddhist monks in the 9th cencury. Since then tofu was a quality food for the limited number of people like Buddhist monks, aristocrats and high ranking samurai up until the 16th century. And ever since the Edo Period (1603-1867), tofu has long been eaten by the general public.

As far as my hometown is concerned, older women used to get together at its community center regularly to make tofu in 1960s.  That must have been just an excuse for them to enjoy chatting, thought.:)

2. Miso and miso soup: Miso is soybean paste, being used in a variety of dishes such as miso soup, mackerel cooked in miso, and food prepared with miso. 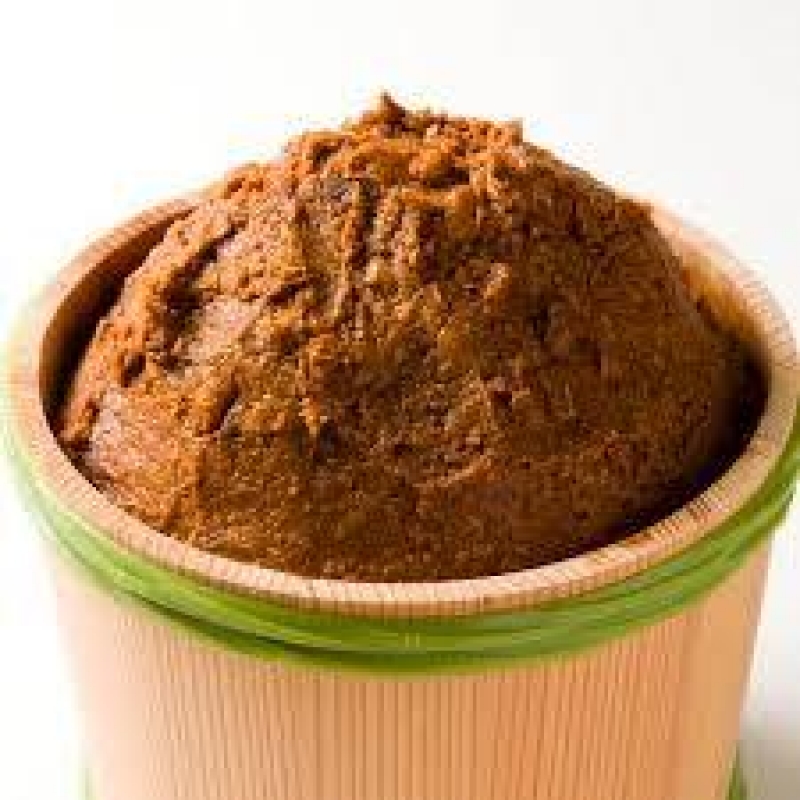 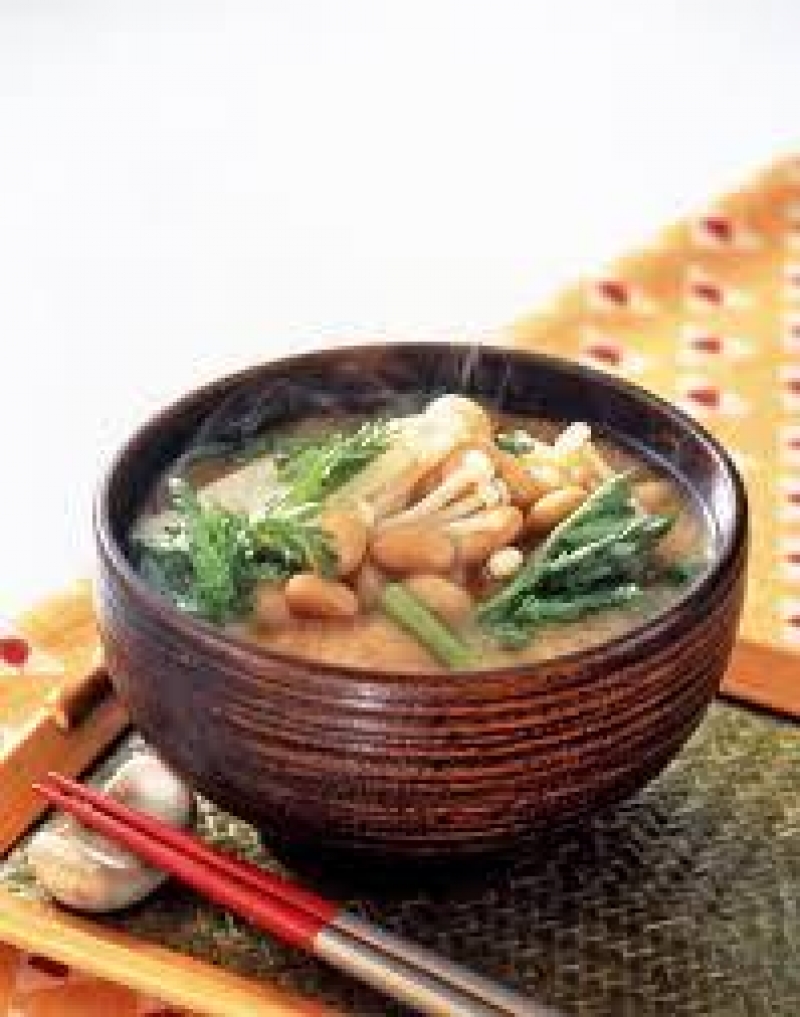 3. Natto: Natto, fermented soybeans with sticky texture and rather strong smell, has been regaded as one of the healthiest foods. Natto has long been more popular in eastern Japan, in Tokyo district, than anywhere else. It is commonly eaten by putting it on the boiled rice with chopped green onion, so-called Natto Gohan (boiled rice topped with Natto and grren onion). Would you like to give it a go? First, pour a bit of soy sauce and then enjoy it. 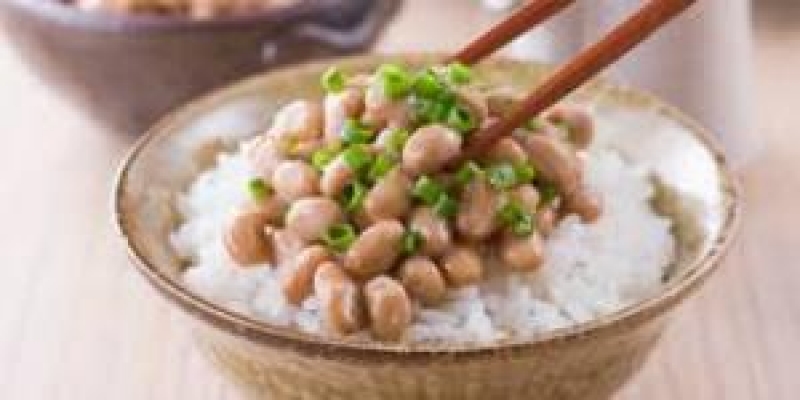 4. Nimame: Ni-mame ("ni" for boiled, "mame" for beans) is boiled with chopped carrots, konjak, seaweed and the like. It is usually seasoned with soy sauce, sugar and kelp. 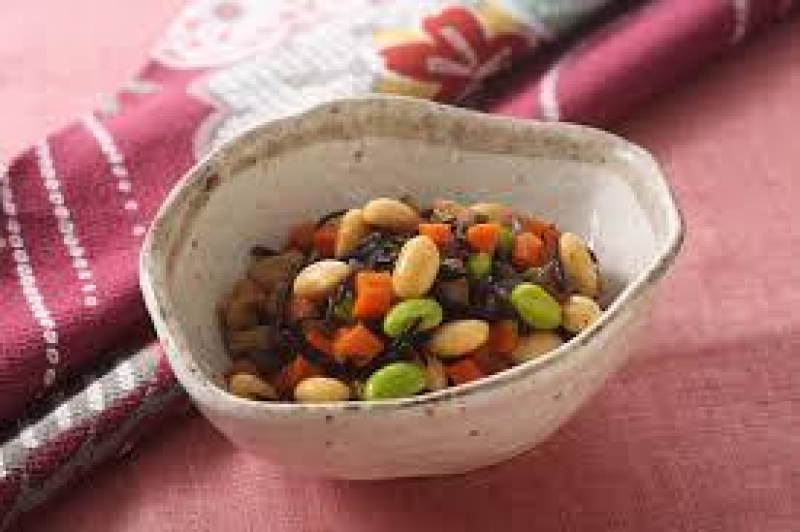 5. Edamame or boiled young soybean pods: People often enjoy Edamame while having a drink with dinner at home or Izakaya, Japanese-style bar. According to a survey, Edamame is ranked second among foreign tourists after Takoyaki or ball-shaped pancake with bits of octopus. Actually it goes so well with beer that you might not be able to stop them. Super awesome! The more Edamame, the more beer!!

So I suggest you have Edamame modestly while drinking beer. Otherwise, as my daughter says, it could possibly be very much "DANGEROUS?:)" for older men. You might end up having a surging beer belly like me before long?:)

By the way I hear that Charles Chaplin, while traveling in Japan, tried Edamame without shelling peas jokingly. Well, it MIGHT be good, but let's shell them.:) 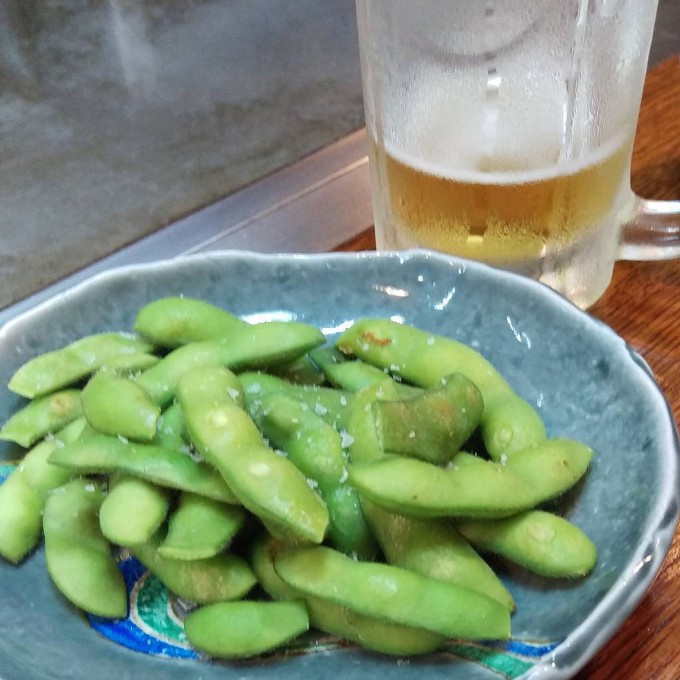 Thank you very very much for visiting. Enjoy!:) 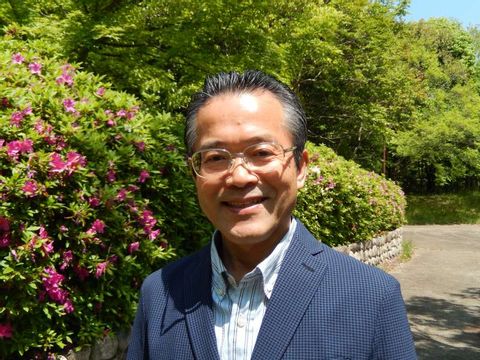 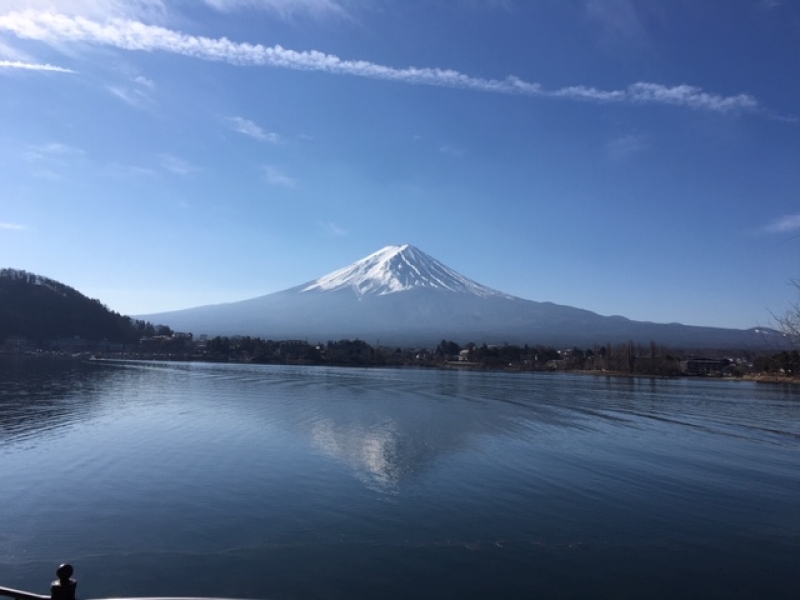 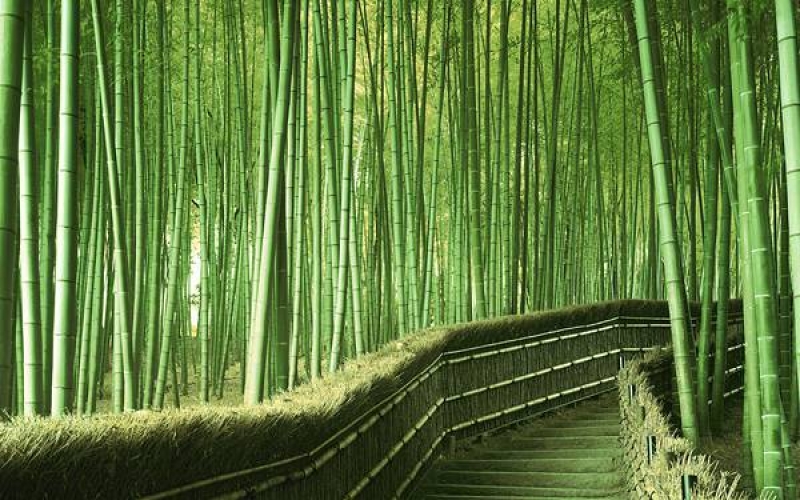 by Shogo
Hello. Welcome to Bamboo Japan. As you see, Japan is a bamboo country with various kinds of bamboo rooted deep into diverse aspects of ... 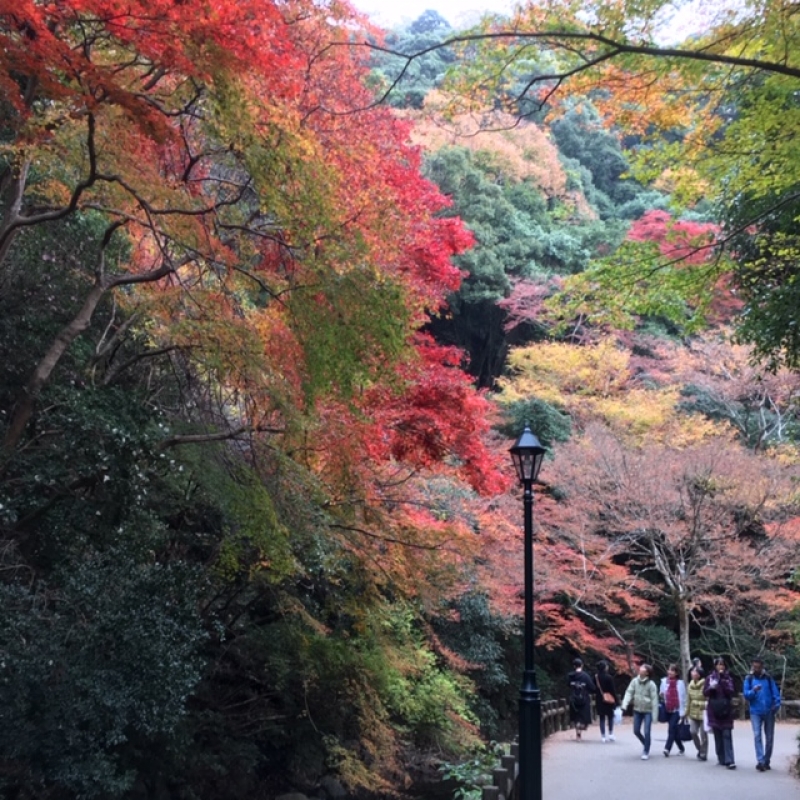 Japanese Maple Is Just Not Beautiful, but Super "Crisp!"

by Shogo
Welcome to Maple Japan! Autumn colors are the pride of Japan, being enjoyed across Japan. In the western part of Japan, like Kyoto, Nara, O... 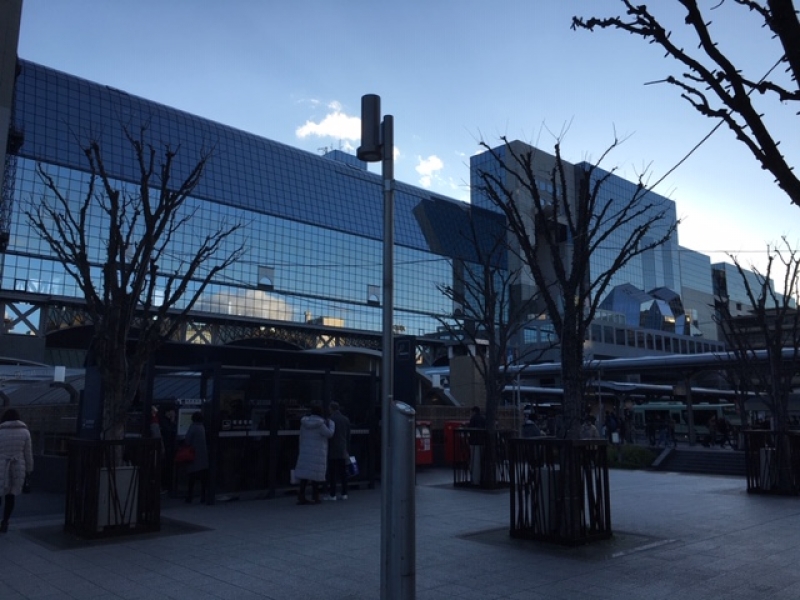 by Shogo
Welcome to JR Kyoto Sta. Kyoto with its history of over 1,200 years is the very Japans spiritual home. No doubt about it. Indeed, whenever... 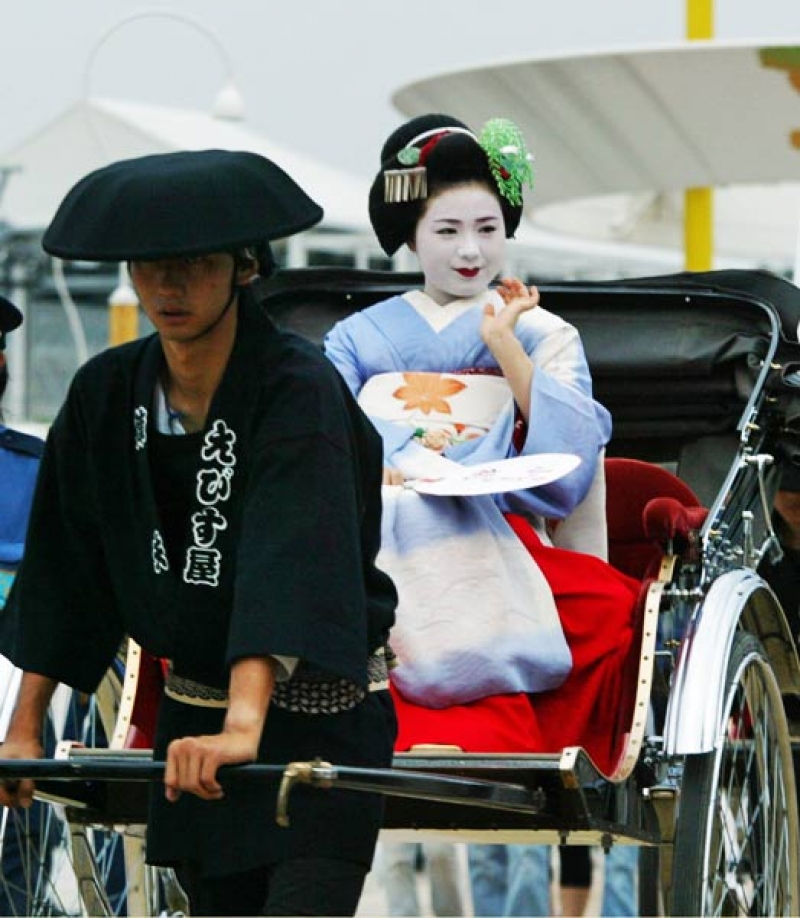 by Shogo
OIDE-YASU (warm welcome in the Kyoto dialect) to Kyotos Maiko. First of all, you may wonder what Kyotos Maiko is all about, like  Are th... 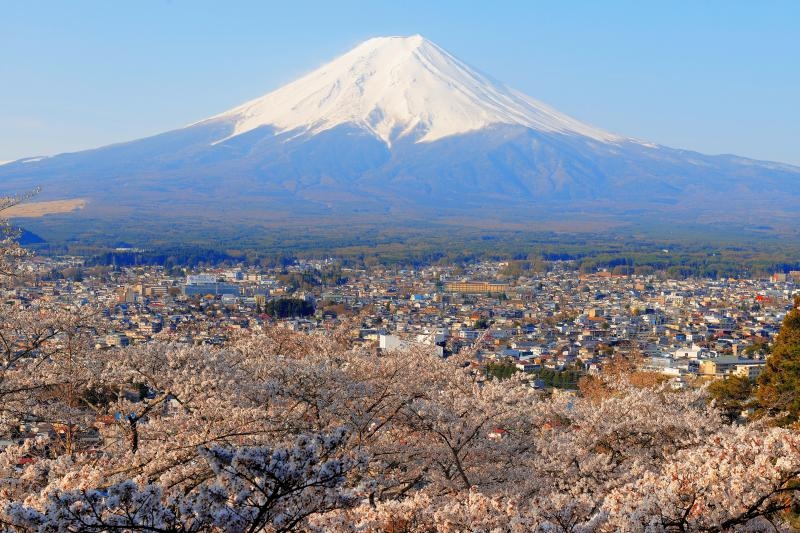 by Shogo
Huge thanks for visiting sakura Japan. Ever since the Heian period (794 - 1185) hana (referring to flower) has long been about sakura (ch...

Plan your trip to Kyoto with Shogo

many thanks Shogo for your fatastic guided tour in Osaka. We thoroughly enjoyed your company.
read more

If you're looking for a tour guide then look no further! My husband and I had the pleasure of having Shogo as our guide for 2 days. We have booked other guides on Triplelights in the past, and Shogo is one of the best: he's easy going, flexible, and knowledgeable. We highly recommend and would definitely book him again! Thank you Shogo for the photos, and also for going above and beyond on our...
read more

We found Shogo to be very knowledgeable, friendly and he made our day trip special. My son especially enjoyed the Sushi, Deer in Narra and the monkeys in Kyoto.
read more

Shogo was our guide for 2 days. He is very good company and his knowledge about all of the sites was interesting. On the trip around Kyoto he took us on local transport including the tram which was a great way to travel around the city. Overall we recommend Shogo as the perfect English speaking guide.
read more

Shogo is the best Tour Guide we had during our Circle To Japan 13-day Cruise. Shogo is highly organized and he planned our trip real well. He handed each and everyone one of us the JR pass, the timeline of our trip, and the other relevant information of our tour. We had a very memorable tour and enjoyed Shogo ‘s patience with us. I will highly recommend Shogo to everyone. All the best to sn excell...
read more

Our day trip in Nara and Osaka was great thanks to Shogo san, he was very kind and knowledgeable about the places we wanted to visit which allowed efficient time usage in each place. Shogo was also very efficient in replying every time before the trip about any questions we had, which was superb and helped us take nice pictures at the beautiful attractions. We thoroughly enjoyed our time and...
read more

Shogo was very informative, communicated very clearly and timely and was even better in person as our guide. He puts in extra effort to make sure we had an excellent time! He even sent us pictures after. Highly recommend Shogo!
read more

“ Osaka and Kyoto with Shogo ”

Shogo was amazing. He met us on time, provided an itinerary for the day and also some interesting facts about Japanese history. Shogo was very knowledgeable about Osaka and Kyoto. We had an awesome time. Thanks Shogo for 2 great days.
read more