(There's an observation deck from where we can see the city of Otsu and Lake Biwa.)

My prefecture (state), Shiga is located just next to Kyoto and has many wonderful places to visit.  I'll recommend you to visit one of such places...

Miidera (formal name is 'Onjyoji' ) is a Buddhist temple which is located at the foot of Mt. Hiei in Shiga Prefecture (next prefecture of Kyoto).  It's also closed to Lake Biwa, the largest lake in Japan.

The temple is said to have been founded in the 7th century, however, it has been destroyed in the fires during many wars and battles throughout its long history.  It has always been restored, therefore, Miidera is known as the 'temple of the phoenix'. 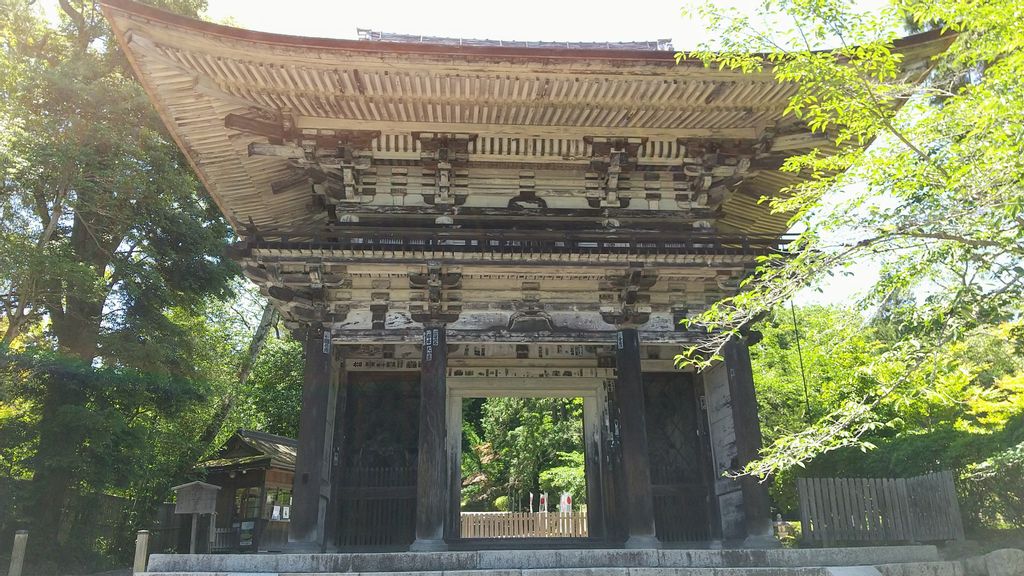 You can see 2 guardian statues guarding the entrance. 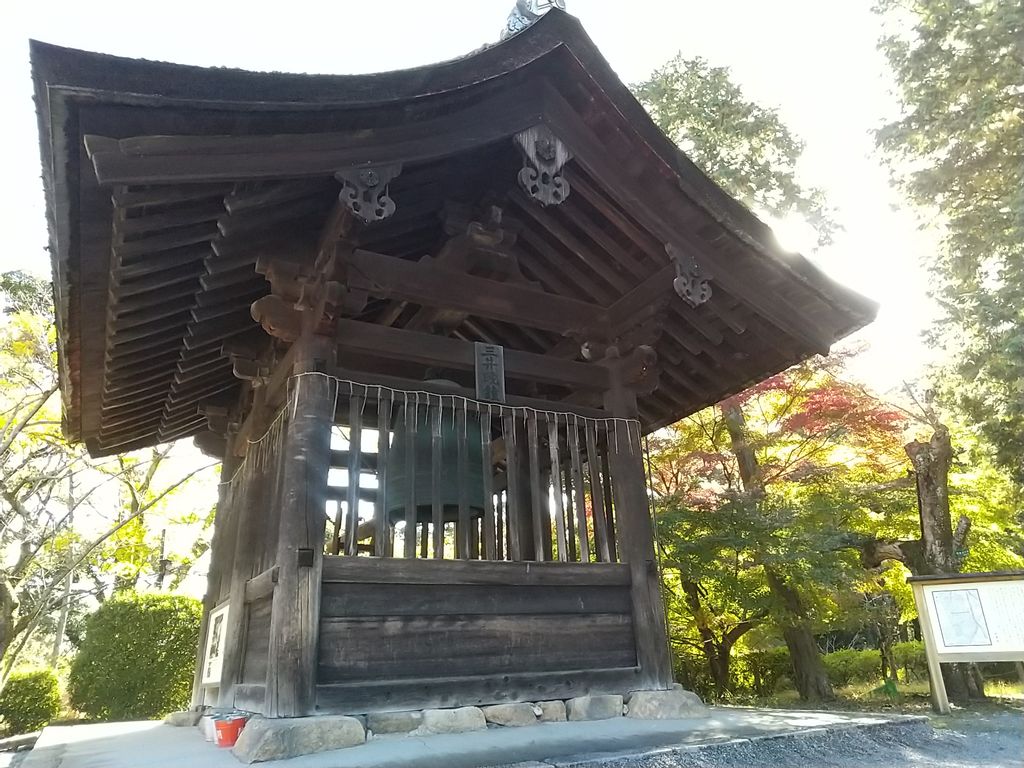 The temple bell, known as the 'Mii Evening Bell' is famous as one of the 'Eight views of Omi (old name of Shiga) Province'. The bell is rung on the night of New Year's Eve praying for good fortune in the coming year. 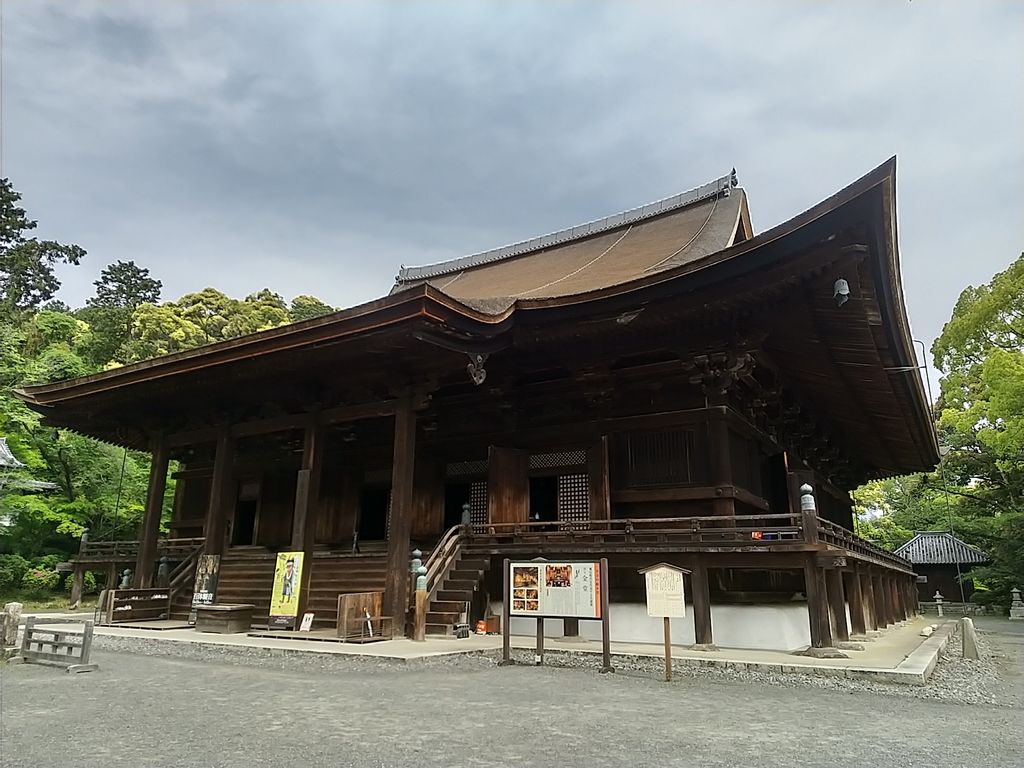 The present building was rebuilt in the 16th century.

The principal image, Statue of Maitreya, is enshrined in the center of the inner sanctum (naijin) and has been kept hidden from public for more than 1200 years ! It is said to have been the Buddhist image used as jewellery by Emperor Tenji in the 7th century and no one has seen the image which is said to be a little less than 10 cm since then! 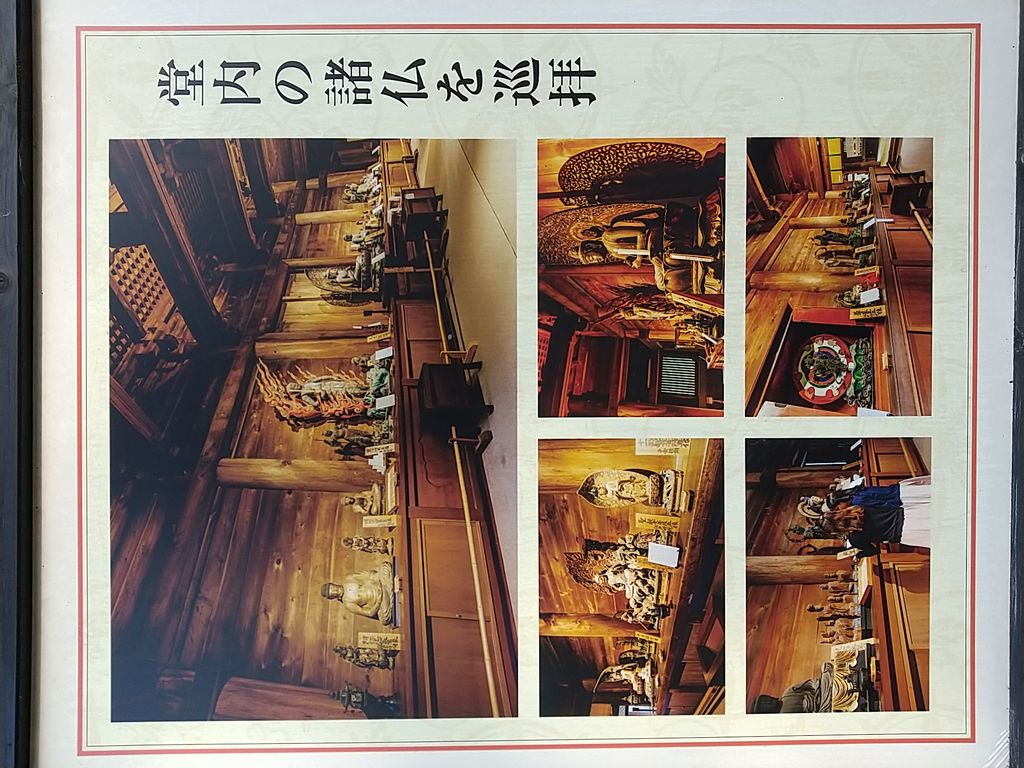 (borrowed from the poster put up in the precinct)

The reason why I like Miidera so much is because we can see many Buddhist statues displayed along the lateral wall of the inner sanctum (naijin). As you can see, they are arranged so that they seem to be reachable. (Please be noted that we cannot take any pictures in the building.) 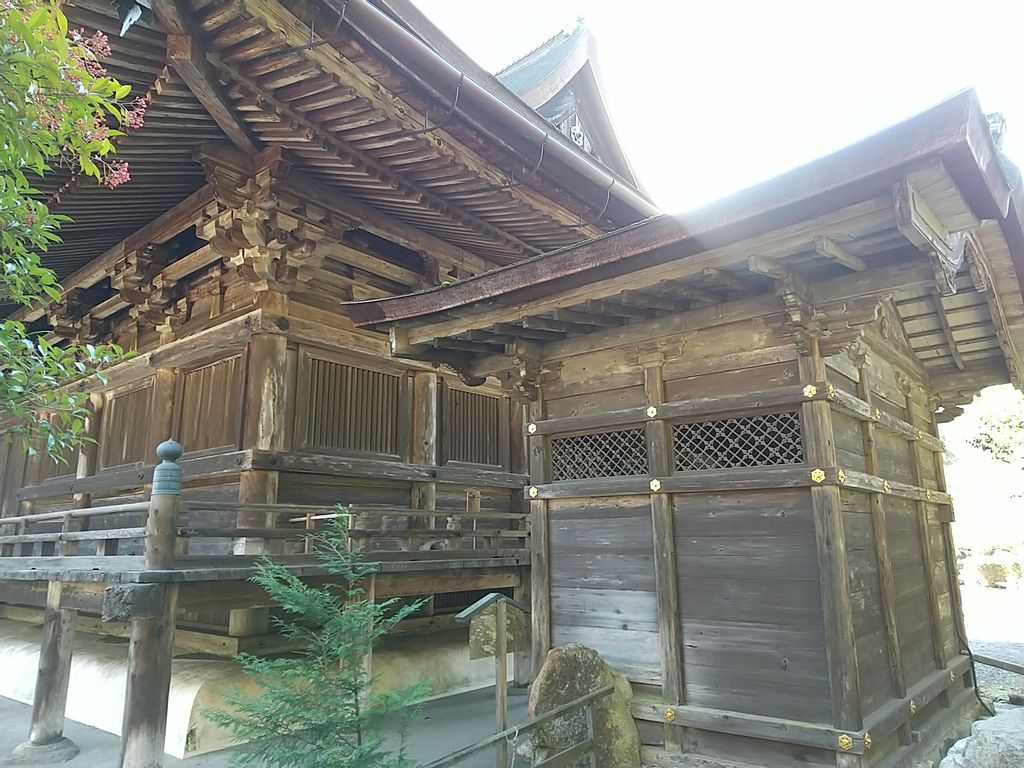 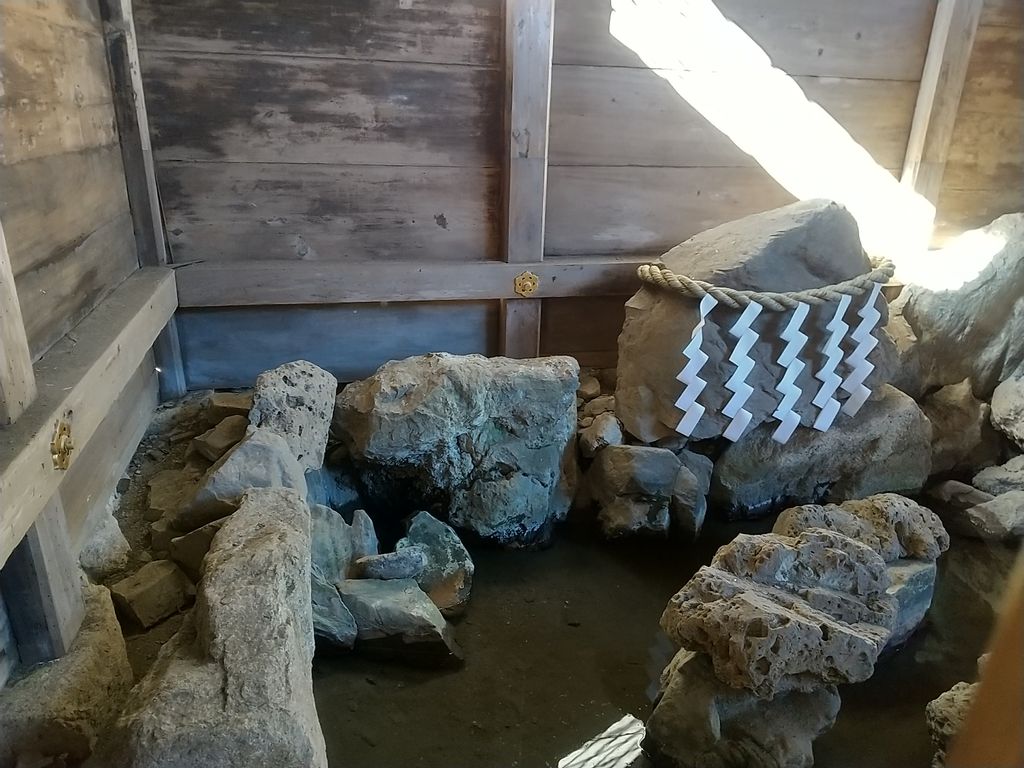 Its name Miidera means 'Three Wells'. The springs at this temple is said to have been used for the ritual newborns' bathing of three emperors in the 7th century.  Still now, we can see the spring of sacred water in the building called 'Akaiya'.  (the west side of the Kondo) 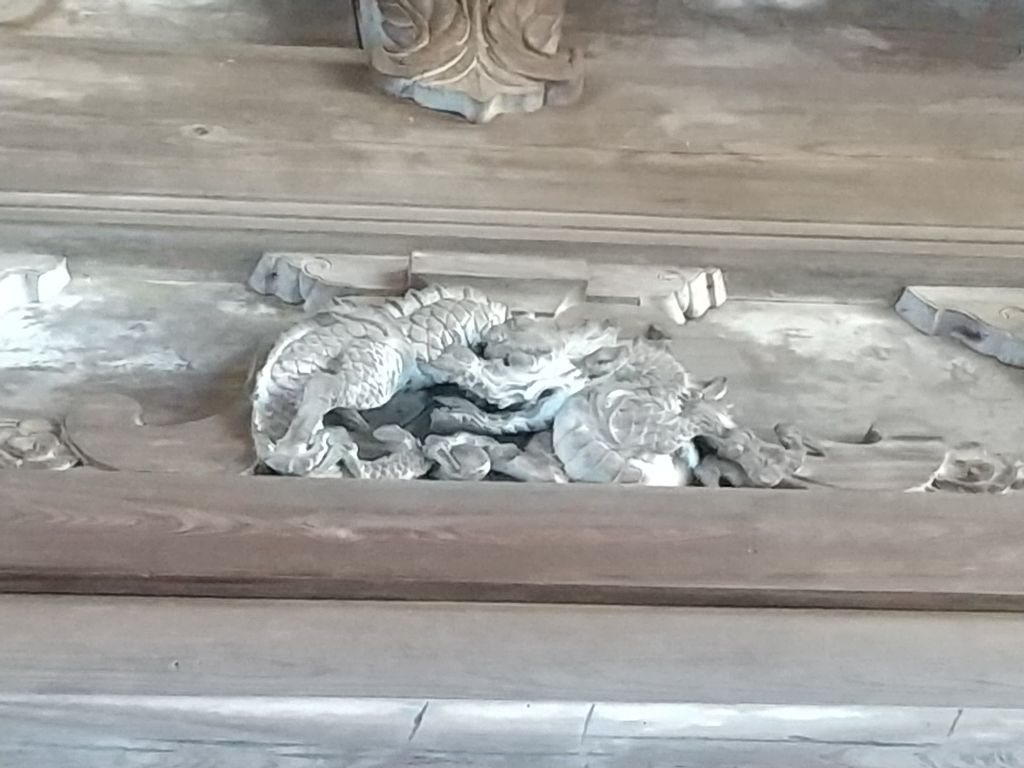 We can see the famous sculpture of dragon, which is said to be the work of Jingoro Hidari (famous sculptor in the 17th century) on the facade of the 'Akaiya Building'. The dragon used to escape and fly to Lake Biwa night after night, and caused damages.  Jingoro is said to have been worried and drove spikes in the dragon's eyeballs to soothe the beast. 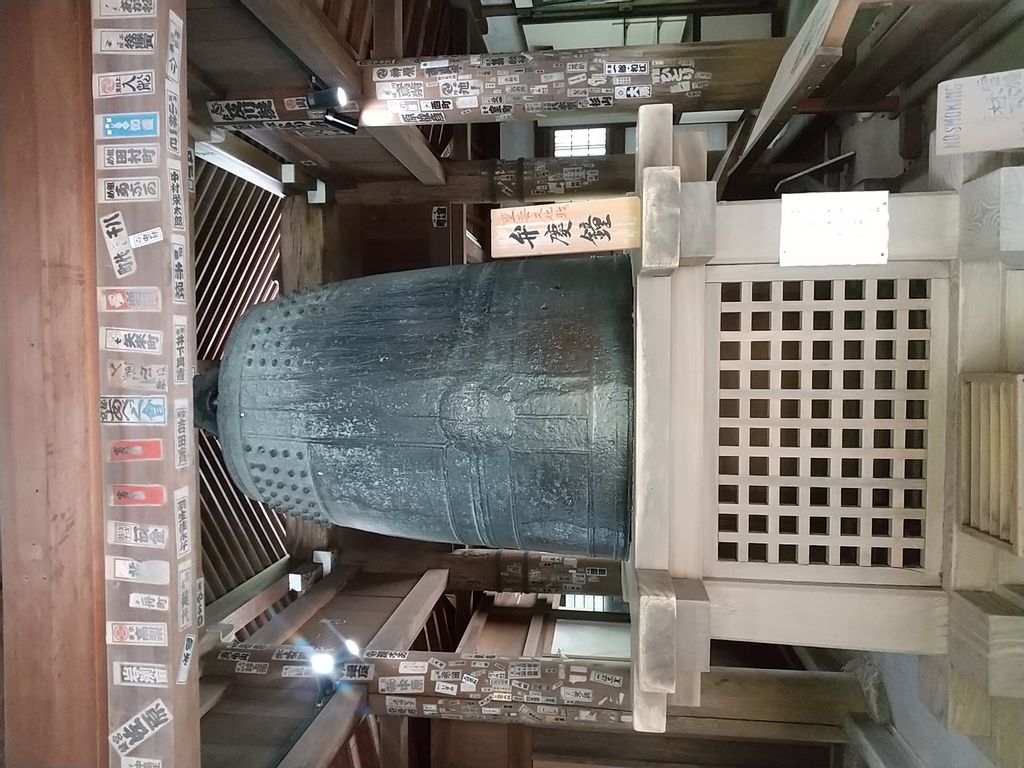 There is another legend in Miidera.  Musashibo Benkei (a worrior monk who was big and strong in the 12th century) is said to have dragged the bell from Miidera all the way up to Mt. Hiei, when he heard the bell ringing, 'eeno eeno' (meaning, 'I want to go back').  He threw the bell down to the bottom of the valley.  We can see the scars and cracks which is said to be the traces of this episode. 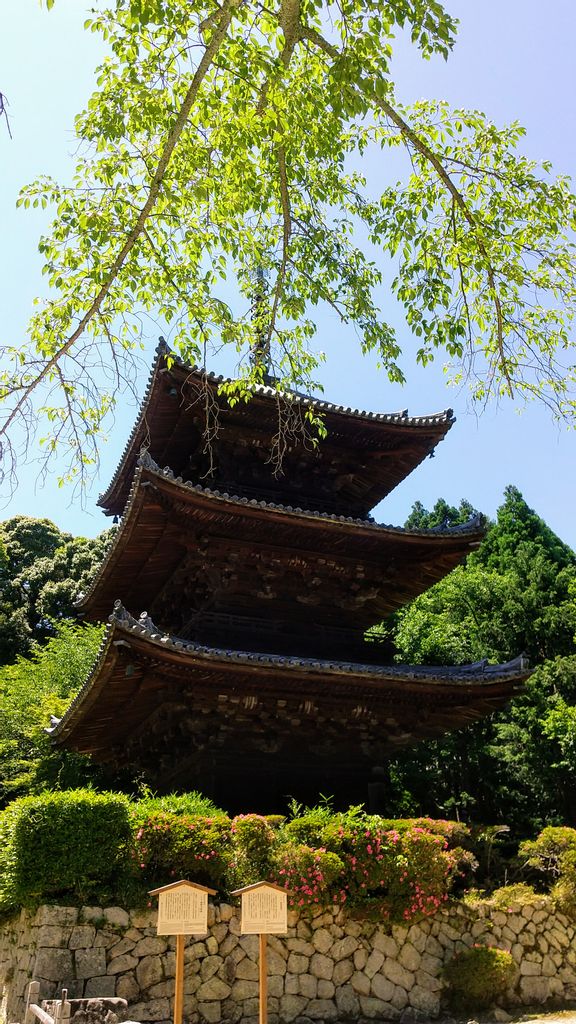 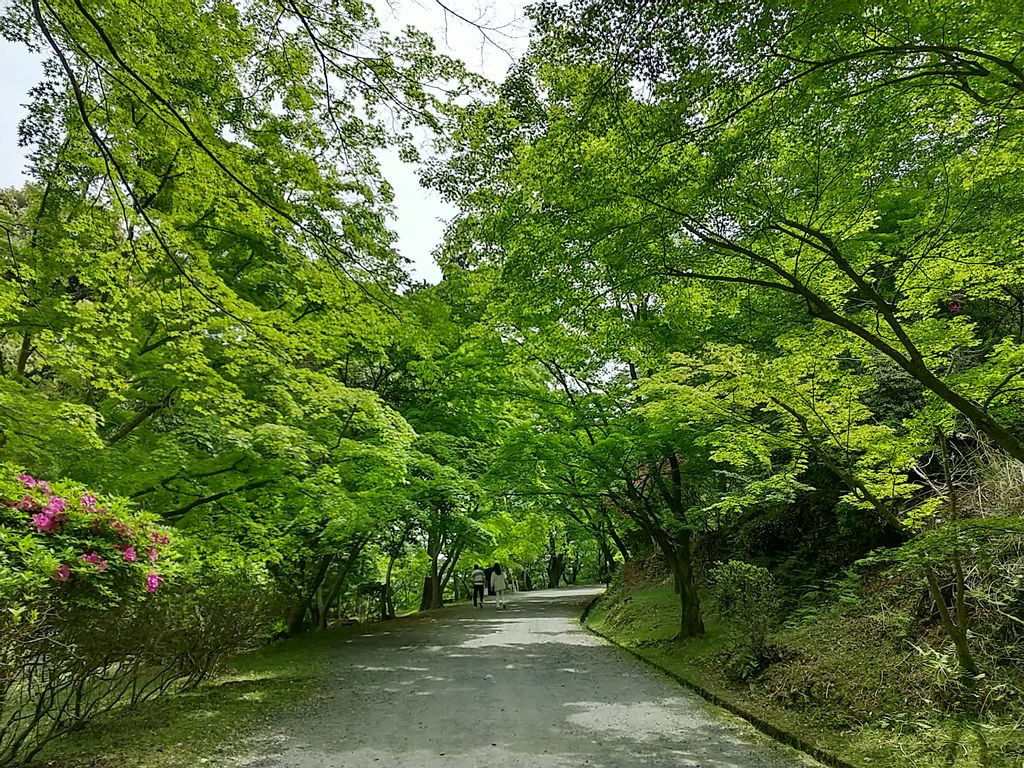 As many as 1500 cherry blossom trees welcome you in spring.  In autumn, we can enjoy the marvelous view of red and yellow.  Imagine all over this area turns into red!

We can find several other small sub temples in the precinct of Miidera. We can find other unique Buddhist statues in those temples.

Ernest Fenollosa received religious precepts at Miidera and his cremains were buried separately in Homyoin (sub temple of Miidera, which is near Miidera) as his last request.  He is said to have wanted to die in this area from where he could see Lake Biwa.

I hope that you will enjoy visiting Miidera and agree that Miidera grew to be one of 'Four Great Temples of Japan'.

Plan your trip to Shiga with Tomoe S.