If you are looking to visit some of the most famous shrines in Hiroshima, then here are the four greatest. From Itsukushima Shrine, which sits in the sea, to a shrine built in the grounds of Hiroshima Castle, you can enjoy events and festivals throughout the year, and there are always an an array of attractions that can be enjoyed at each: 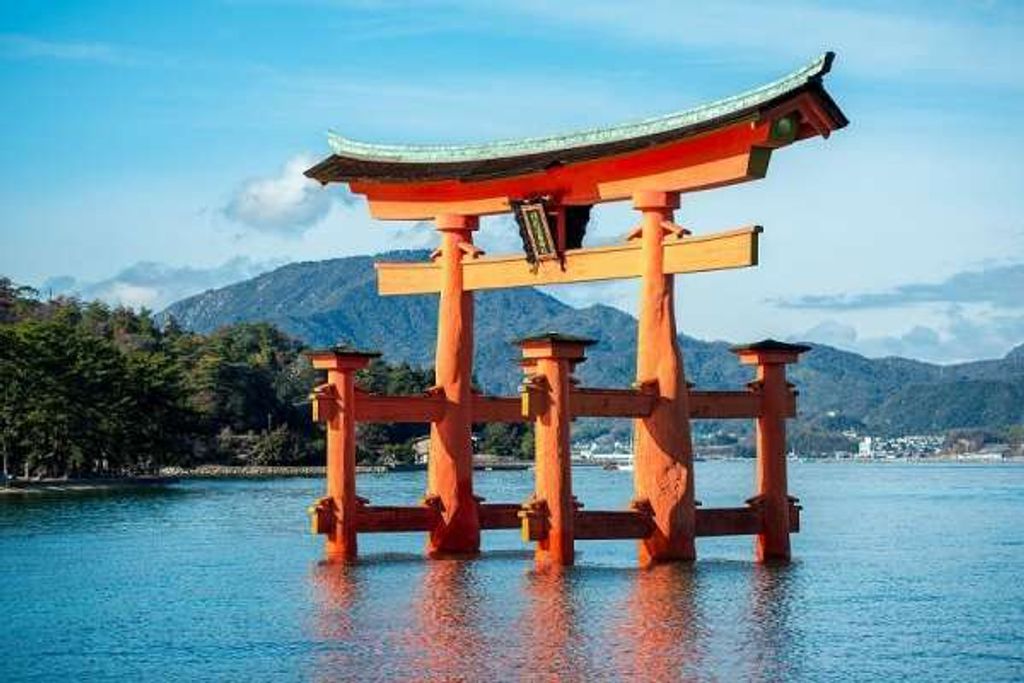 Itsukushima shrine is constructed in the architectural style of the Heian period (794 – 1185); it is a unique building which likens the Seto Inland Sea to a pond. This grandeur, red lacquer-coated shrine blends natural and man-made beauty in perfect harmony; the view completely changes during high tide when the shrine and corridors appear as though they are floating in the sea. The entire island is considered as a holy object in which a deity resides; in the front of the holy island is Seto Inland Sea and in the background is Mount Misen where the gods descend. Itsukushima embodies the form of the ancient Japanese Shinto worship in which people found gods in nature and worshipped mountains, oceans as well as natural phenomena. 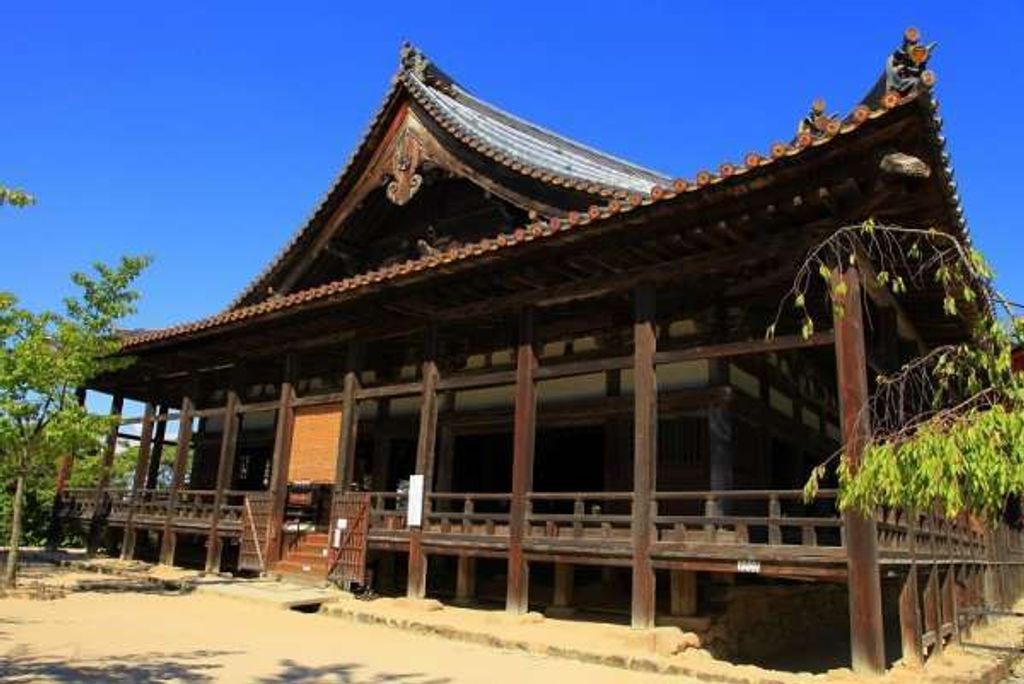 The shrine, which is also known as Senjokaku, is big enough to fit 857 tatami mats. Officially known as Houkoku Shrine Honden (Main Hall), it has been nationally designated as an Important Cultural Property. Originally, it had been established in 1587 by Hideyoshi Toyotomi as the large sutra hall for Itsukishima Shrine in honor of the war dead, but with the policy of separation between Shintoism and Buddhism in the Meiji Era, it was renamed Houkoku Shrine in dedication to Toyotomi (a subordinate shrine for Itsukishima Shrine). The five-storied pagoda that stands on a small hill next to the main hall of Itsukishima Shrine and the huge tiled-roof Senjokaku stand out when seen from a distance. 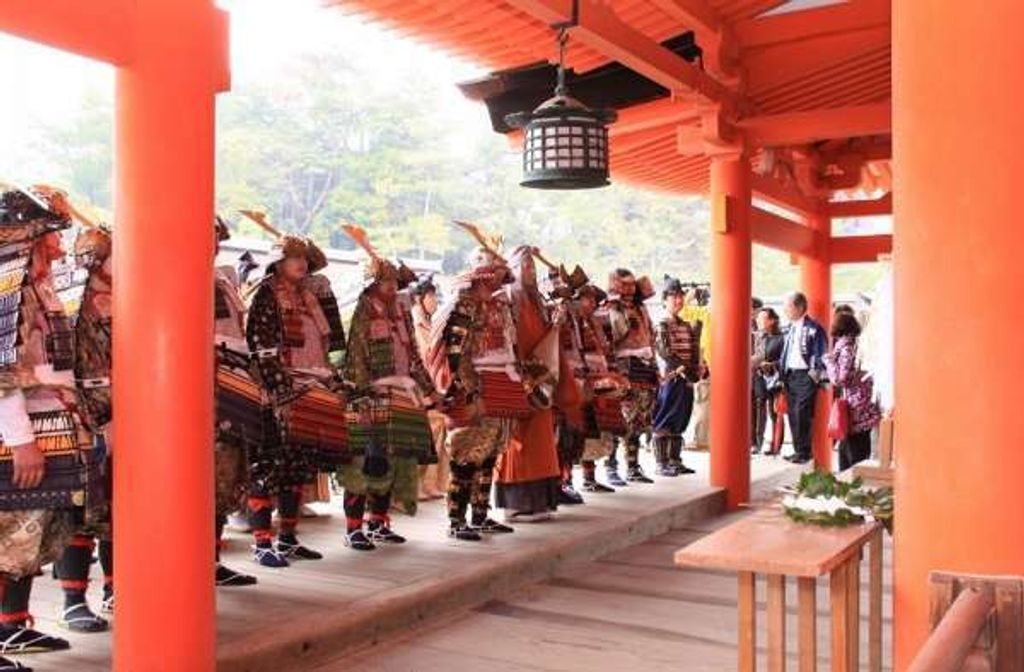 Taira-no-Kiyomori built Itsukishima Shrine whose structures even now have a grand scale. In praise of his great achievements, Kiyomori Shrine was established in his honor some 770 years after his death. The shrine is located at one end of Itsukishima Shrine at Nishi-Matsubara which was created from compacted earth and sand transported from the river. On the long-existing sandy beach, there is an avenue of pine trees and over a hundred stone lanterns which create an elegant atmosphere. Next to the shrine is a teahouse that also allows pets where you can take a break as you leisurely view the ocean. 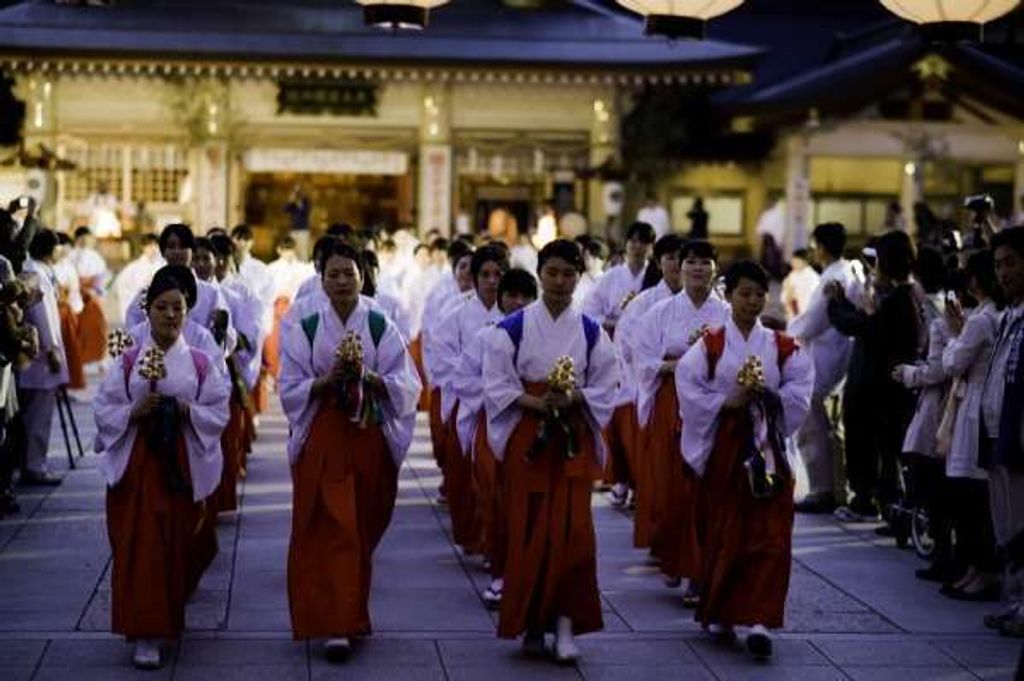 Hiroshima Gokoku Shrine, which is built upon the grounds for Hiroshima Castle, has a serene atmosphere in contrast with the hustle and bustle of the city. It was originally built in 1868 in honor of the warriors of the Asano clan who had died in battle during the Bonin War. Since then, however, it has also been dedicated to the more than 90,000 war dead from the Second World War. Although it had been destroyed once after the atomic bombing, it was rebuilt on the grounds of the remnants of Hiroshima Castle which is now a park. Due to the visit of Emperor Hirohito in 1971, visitors to the shrine increased greatly, and it now boasts the largest number of New Year’s visitors in the Chugoku district with more than 600,000 people.