Top 5 Things to do in Kamakura on TripAdvisor

If you are planning a day trip to Kamakura from Tokyo, then Hasedera Temple is one of the highlights; famous for Japan’s largest wooden-statue of Kannon, and always topping any list of Kamakura sights. Second to Hasedera is often the Great Buddha, a 13.35 meter tall statue that you can even go inside. Read on for the complete list of the five best attractions in Kamakura from TripAdvisor:

If you set aside time to visit Kamakura during your trip to Japan, Hasedera Temple is one of the spots that must be visited during your time in Kamakura city. The wooden carving of the Kannon Bosatsu in the main hall, also known as the Buddhist Goddess of Mercy, towers at a colossal height of 9.8 meters and is the largest of its kind domestically. The eleven-faced wooden seated statue of the Kannon Bosatsu has been designated as an important cultural property in Japan. In addition to the significant cultural properties present at the temple, there is also a gazebo from where you can catch stunning views of the city and ocean of Kamakura city. Moreover, the beautiful garden with its flowers blooming all year long makes the temple a paradise. In particular, the blooms of the hydrangeas and iris flowers are considerably exquisite.

After you take the time to explore Hasedera Temple and its surroundings, you could perhaps take on the challenge of participating in the copying of sutras (shakyo) and tracing of Buddhist images (shabutsu). This activity is an everyday occurrence at the temple. The former activity refers to the copying by hand the sutras of the Buddha and similarly, the latter refers to the drawing of images of the Buddha. As you will only need to trace the rough copy of the scripture or drawing with a writing brush, there is no need to worry if you cannot write Japanese to participate in this activity. Historically, the transfer of sutras and images was practiced to reach enlightenment but in recent years and in the modern context, these two practices have risen in popularity for its relaxing effects. After finishing the copying of the sutras and images, you have the option to give your finished work as an offering to the temple. 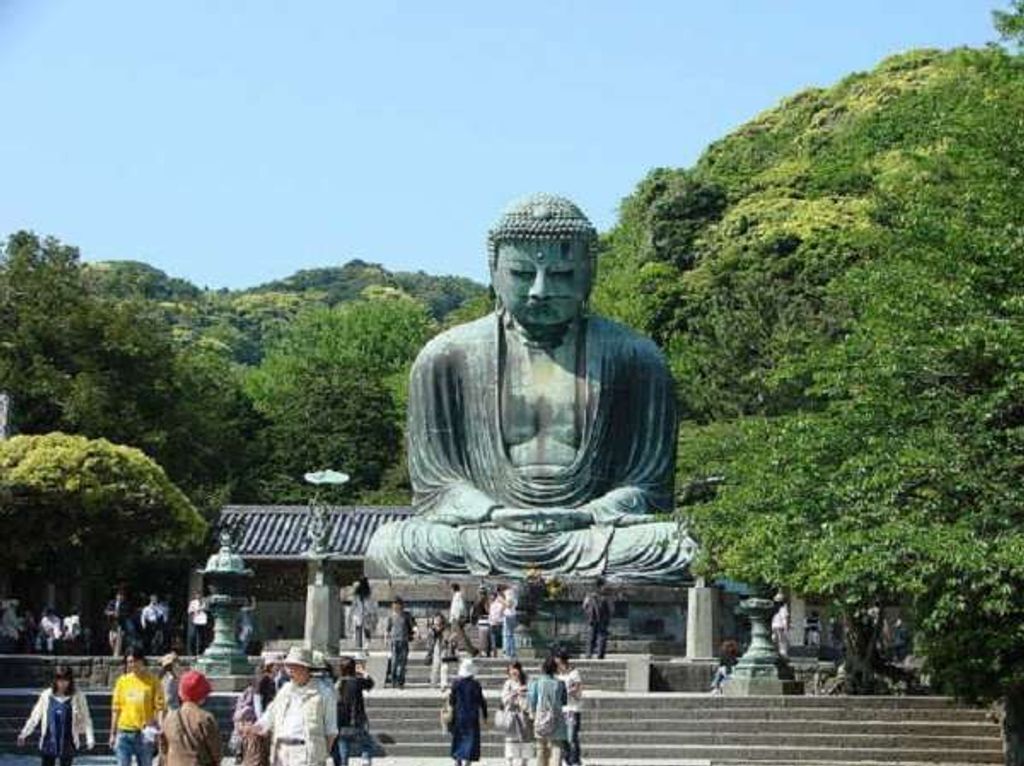 Kamakura is famous as a summer spot where many people enjoy surfing and marine sports along the coast. With its many historical temples and shrines, it’s a place that has an abundance of nature including the hydrangeas during the rainy season. The local Enoshima Railway linking many of the tourist spots is also popular. Kamakura is one of the recommended tourist spots where you can spend a leisurely time. Also, Kamakura is the site where the Kamakura shogunate was positioned. It is a place that had an enormously important role to play in Japanese politics. The Kamakura Era lasted from 1185 to 1333, and the area has retained temples and historic sites from that time which have been protected under The Ancient Capitals Preservation Law. Kamakura is also a city that has made an effort as a tourist area which has also attracted many visitors from overseas.

The large Buddha at Kotoku-in is an attraction that tourists unfailingly take time to visit while in Kamakura. Towering at 13.35 meters and weighing 121 tons, the colossal statue is indeed worthy of its title as the seated image of Amitabha. Although the exact dates as to when it was constructed are unknown, the statue and its surrounding grounds have recently been designated as National Historical Sites. One of the appealing aspects of the statue is that you are able to enter the statue and observe the interior. You can check out many of its iron seams which are remnants of the several dozen examples of casting that the statue underwent. As a result of the surge in foreign visitors, an English website for the temple has been released. 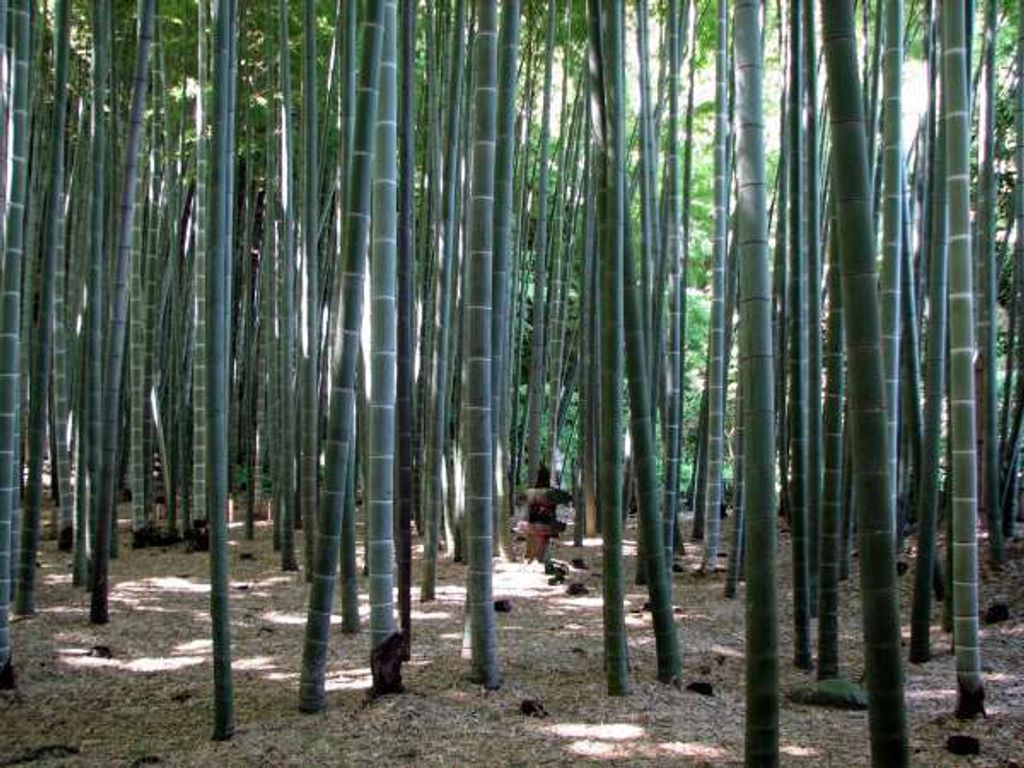 At the end of the 12th century, political rule by the military class took root in Kamakura and lasted until 1333. In the Kanto region at Kamakura, which was the capital city longer than Tokyo, even now retains many historical buildings giving an air of the old capital. In the background of those times, Hokoku-ji is a Zen temple belonging to the Kencho-ji school of the Rinzai sect that was built in 1334, after the demise of the Kamakura shogunate. Also known as the Bamboo Temple, it has attracted many tourists on weekends as a famous place with a beautiful bamboo garden forest.

Once you pass the sanmon gate, head for the Hon-do main hall while viewing the beautiful moss garden. In the back, the famed bamboo grove of Hokoku-ji unfolds before you. The large grove is amazing with 2000 splendidly maintained bamboo stalks soaring up into the sky. If you walk on the narrow path along the forest, you’ll forget the hustle and bustle of the city through the chirping of small birds and the scent of the bamboo, and there will be a heartfelt serenity. There is a teahouse in the bamboo grove where you can enjoy a cup of matcha tea while leisurely looking at the garden. You will want to savor the tea as it is served on a tray made in the Kamakura-bori style, a type of traditional handicraft of Kamakura as you also enjoy it with your eyes.

Historically speaking, the Rinzai monk Tengan Eko established the teahouse Kyukoan as a place of study on the site which was the beginning for the temple, where he spent a quiet life as he indulged his taste in poetry. In addition, it was also the family temple for the Ashikaga clan. The Ashikagas were the ruling nobles in Kamakura for 90 years but were defeated in war, and with Yoshihisa Ashikaga committing ritual suicide at the temple, Hokoku-ji was the final stand for the Kanto Ashikagas before their time in history ended.

This is a temple of the Zen world and tragic stories during troubled times. But its beauty continues to live on even with the passage of time. 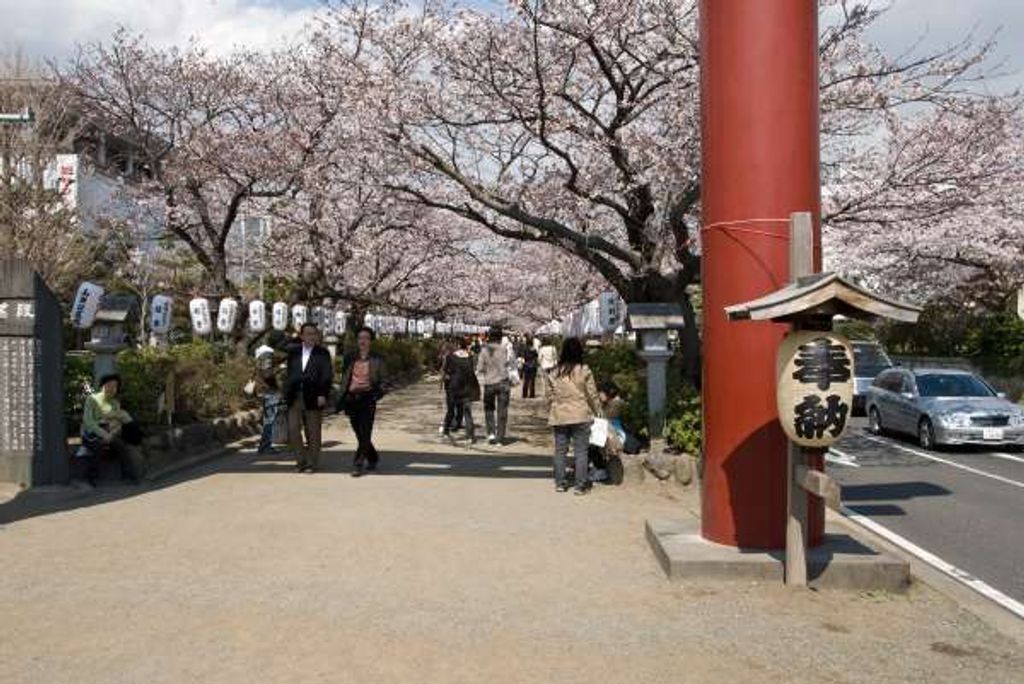 Tsuruoka Hachiman-gu is a shrine located next door to Tokyo in the city of Kamakura. It was established in 1063 by Yoritomo Minamoto, the first shogun of the Kamakura Era. It is the most famous shrine even among 80,000 shrines.

Even among the numerous Hachiman shrines, Tsuruoka Hachiman-gu is a famous shrine that is one of the three great shrines of its type in Japan. Entering the shrine grounds, there is a large and impressive stone stairway. The Senior Shrine at the top of the stairs has been designated as a National Important Cultural Property. Within the grounds, there are various structures but in the back of the main shrine, there is the shrine repository. There, the National Treasures of the sword and sacred clothing along with the Important Cultural Properties of the Bodhisattva mask and the bugaku dancer’s mask are able to be viewed. In addition, structures such as the Maruyama Inari Shrine and the large torii gates on the grounds are also Important Cultural Properties. Another reason for the many visitors to the shrine is the variety of festivals that take place throughout the year such as the Setsubun, Shobu and Tanabata Festivals. It is also popular among young people and families as a place to pray for safe childbirth and romantic success. At Hata-age Benzaiten Shrine, there is a stone which is said to bless children and safe childbirth, and it is visited by many people to pray for these things.

Tsuruoka Hachiman-gu is famous for the beauty of its surrounding nature with flowers blooming throughout the four seasons. The spring cherry blossoms, azaleas and peonies, the summer lotus and the fall foliage can all be enjoyed. Wakamiya-oji Street which stretches from the train station to Tsuruoka Hachiman-gu is famous for its cherry trees. It is said that the street was built in prayer for the safe childbirth by Masako Hojo, the wife of Yoritomo Minamoto. The raised pathway of Dankazura is also flanked by cherry trees. In spring, it transforms into a tunnel of cherry blossoms. 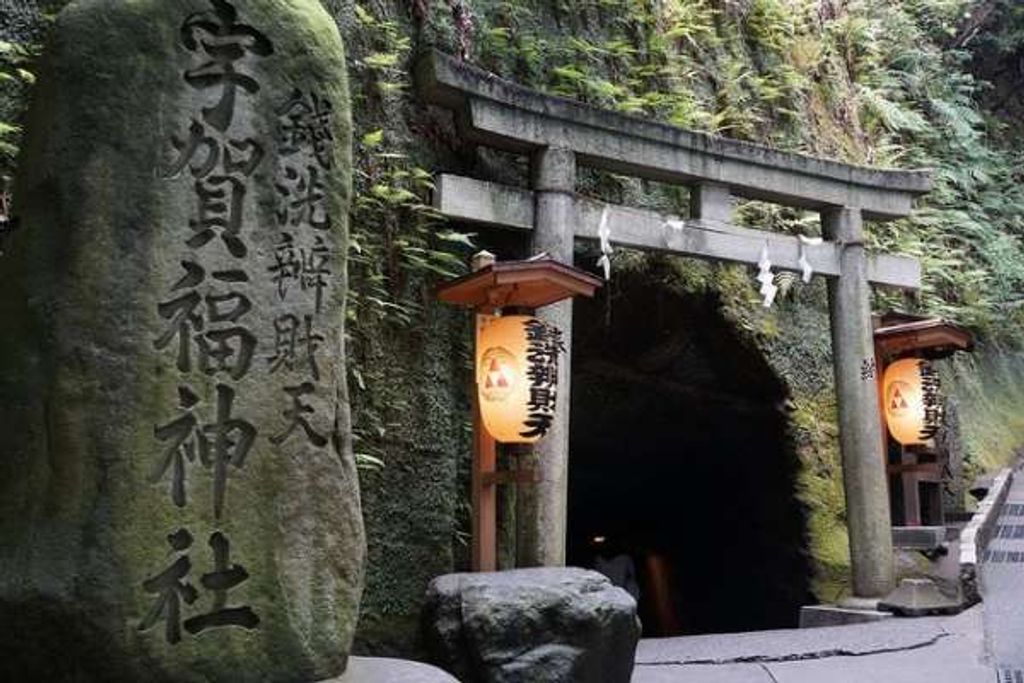 To the north, east and west of Kamakura lie hills that are 50-100m in altitude. Facing the ocean is the south which has numerous valleys at the foot of the hills and there is a topography that is rich in nature. The hiking trails are ideal since there are many parks and shrines & temples. If including the walking courses, there are up to 14 model courses. There are two of them which are especially popular. One is the Tenzon hiking course which is a 3-hour course that includes Kencho-ji Temple, the No. 1 temple among the Great Five Zen Temples of Kamakura which display the temple formalities; the highest mountain in Kamakura, Mt. Ohhirayama; and Komachi-dori in front of Kamakura Station. You can simultaneously enjoy shopping along the streets of Kamakura while taking in the view of Mt. Fuji and Sagami Bay. If you have time, you should also visit Tsuruoka-Hachimangu Shrine before going shopping. The dove (hato) was made into a divine messenger and the Japanese number for eight, “hachi”, written on the gate of the main shrine has been patterned after the dove. It has also been the origin for the famous Kamakura cookie “Hato Sabure”. Regardless of the season, you can visit at any time of the year.

Another is the Daibutsu course which takes about 2 hours starting from Hase Station which has over 100 years of history as a trolley station. As a Buddhist statue, the Great Buddha at a height of 11.3m is the lone National Treasure of Kamakura. Only the Kamakura Great Buddha among the nation’s 3 Great Buddha can be entered. Even after major earthquakes, most of the Buddha has remained intact and is built to withstand collapse. Take a break at the marriage shrine, Kuzuharaoka Shrine. There are various goods related to romance such as ema votive pictures, bells, charms and omikuji fortune slips. It is outside of the course but if you have time, drop by Zeniarai Benzaiten Shrine. It has one of the five famous springs in Kamakura, and it’s said that washing money in the water that gushes from the spring in the cave will multiply its value. Other courses, including one that goes by the sea and another that tours the remains of battlefields, can be hiked upon depending on your taste.