Do you know the Japanese original religion? I, Masato Niitsu, a National Tour Guide, have details.

Shinto is the indigenous religion of our Japanese people and as old as Japan itself.
Shinto originated in ancient people's fear and supernatural powers in nature.
Shinto is, literally, the way of the gods.
Shinto finds god in nature such as animals, trees, mountains, wind, rain, rivers, natural phenomenon, and ancestors from mythologies. "Shinto gods" are called kami in Japanese.

Shinto does not have a founder nor does it have sacred scriptures like the sutras or the Bible.

Propaganda and preaching are not common either, because Shinto is deeply rooted in our every Japanese and our traditions. It can be said that Shinto is a way of our daily life instead of as our religion.

Its most important concept is purity.
The greatest Shinto impurity is death, and it's always considered taboo.
On the contrary, Buddhism teaches how to escape the agonies of life and to reach nirvana, or enlightenment.

It remains Japan's major religion alongside Buddhism.
Shinto and Buddhism are not a monotheistic religion then they have coexisted after Buddhism was introduced to Japan in the sixth century.

Most of us go to a Jinja, Shinto shrine, for occasions related to this life such as Omiyamairi, baby's first shrine visit, or weddings, and go to Buddhist temple on occasions related to life after death, such as funerals and death anniversary.
In our Japanese home, both Shinto and Buddhist altars are found side by side, and both are prayed at daily; the hands are clapped in front of the Shinto altar to worship the guardian gods of the family, and incense is burned in front of the Buddhist altar for the ancestors.

【photo】Torii, the gate of the Meiji Jingu Shinto Shrine in Tokyo. 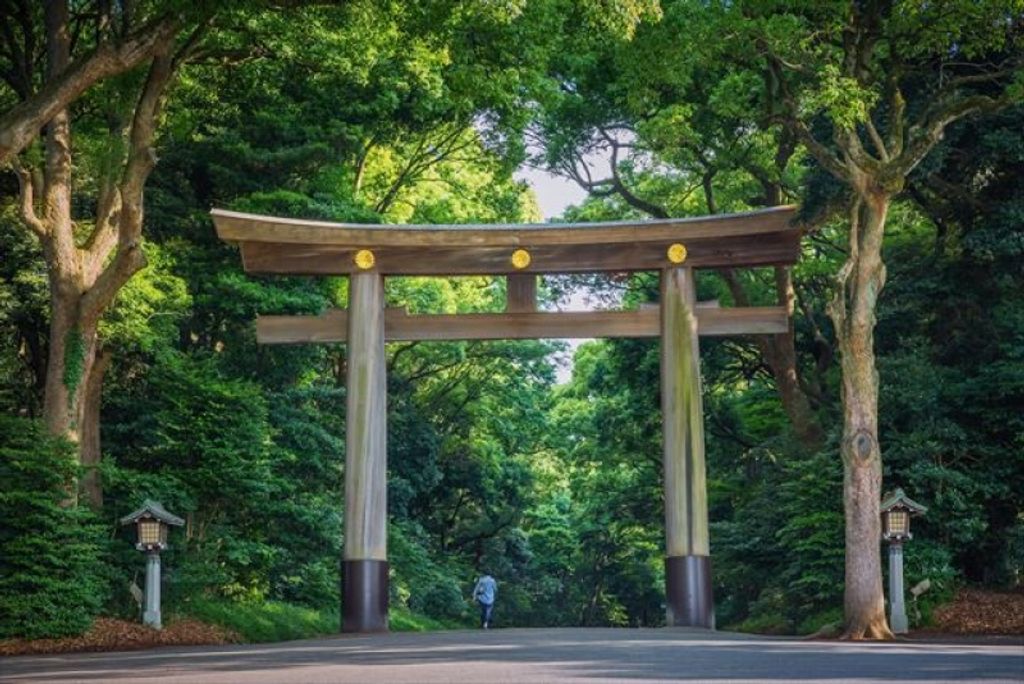 ● BOOK: "ABC to VISIT JAPAN" will be released soon.

I, Masato, National Tour Guide of Japan, am writing a unique guide book about Japan in English, which will be released soon.General guide books and we...

An animal cafe is trendy in Tokyo, Japan. Cafes of Small animals, including cats, hedgehogs, chinchillas, and birds like owls, are available. On the o...

I published a book recently and on sale on Amazon.com.I wrote it in Japanese, and the English version is not available at the moment, unfortunately.Th...

Difference between Wagyu and Kobe beef.

Do you know the difference between Wagyu and Kobe beef? Masato Niitsu, a friendly National Tour Guide, has details.     We Japanese eat daily at home...

Book the guide and hotel Now!

I, Masato Niitsu, a National Tour Guide, recommend booking the tour guide and your accommodation in Tokyo, right now, for not missing to see beautiful...

In Japan, two religions, Shintoism and Buddhism, have been co-existing from six century without any problems when the Buddhism came to Japan from India through China and Korea. In this tour, we will visit two major facilities of the religions, Meiji-jingu Shrine and Sensoji Temple.

There are many bars and night clubs in Ginza area of Tokyo. These facilities are mainly used for business entertainment for important customers. Rich people play with their friends there and pay by themselves. Girls, not prostitutes, attend you and meander the conversation.

One day trip from Tokyo. You can watch Mt. Fuji from outdoor hot spa. Before then you can enjoy a beautiful Japanese gorge watching strangely shaped big rocks and winding clear stream.

Kamakura was once the capital of Japan ruled by the Samurai from 1192 to 1439. Enoshima is a tied island near Kamakura with beautiful scenery.

WALKING IN A FOREST AND TAKING OUTSIDE SPA

- One day trip. There is a convenient mountain, Mt. Takao-san, to enjoy walking in a natural wood and taking a fresh air. We can go there in only 40 minutes by train from Shinjuku station in a center of Tokyo. It takes about one and a half hour from the foot of the mountain (200 m from sea level ) to the summit (599 m). - After the coming back to the foot, we are going to take an open air spa.

Japanese traditional sweets, Wagashi in Japanese, are very popular among tourists from overseas not only ladies but gentlemen. In a Japanese style tea room, a well trained confectioner for a long time will make Wagashi just in front of you. It is very rare experience.

Plan your trip to Tokyo with Masato N.