The area of Ueno forests is the treasure house of Japanese modern architecture where lots of precious buildings bult in Meiji, Taisho and Showa era (from 1868 to 1989).  This area used to be the precincts of Kaneiji temple and after Meiji restoration through the control area of Japan government, this area has become controlled by Tokyo from 1924 as Ueno Oncho parks. 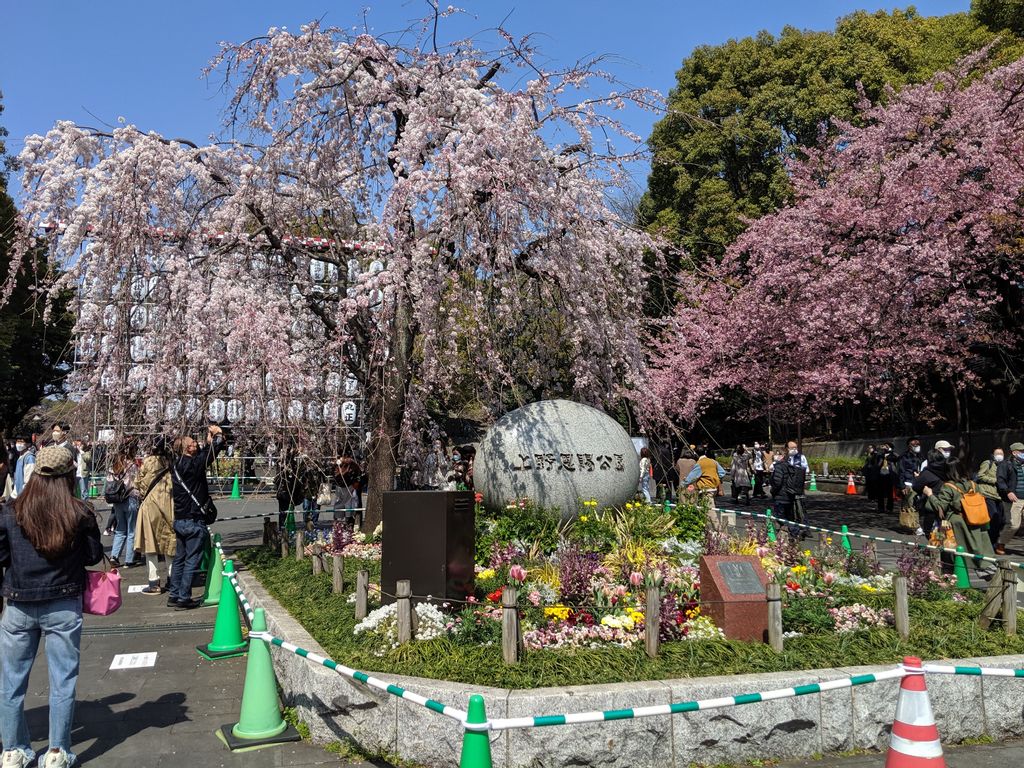 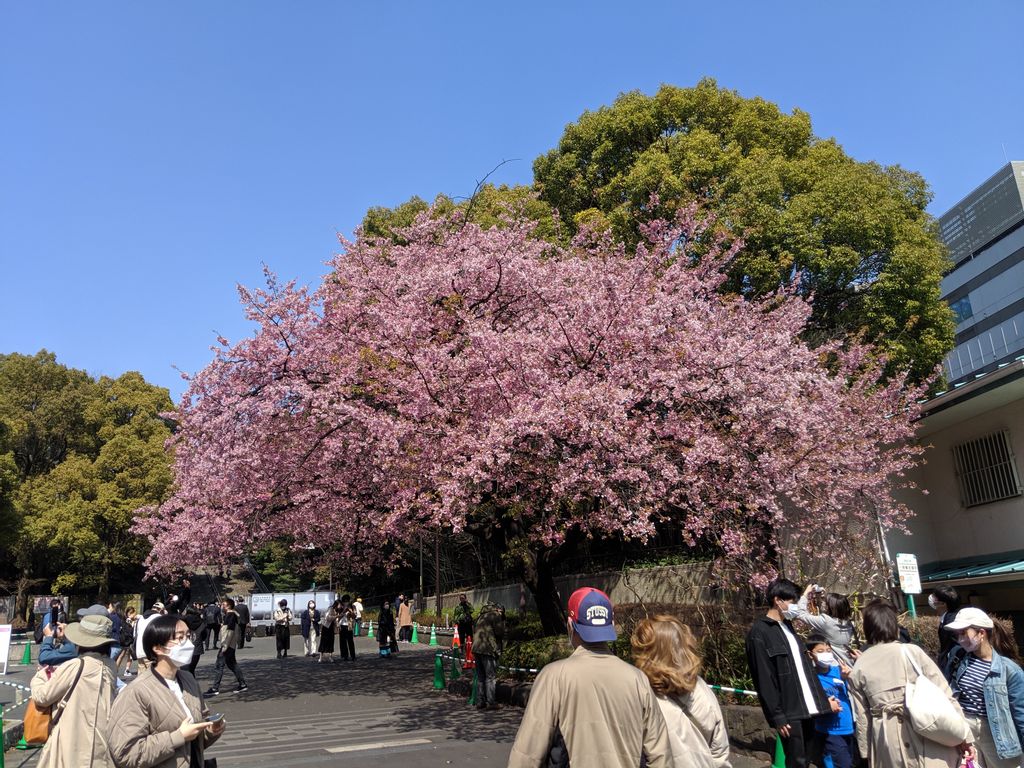 (1) Kyu-Iwasaki Hisaya-Tei / Mitsubishi-Zaibatsu group 3td owner:
Josiah Conder, British architect designed and built in 1896.
(a) Architectural form:
This building is built with 2 floors above ground and 1 floor below ground. This area has two kinds of houses remained, one is a Japanese style house as daily life residence with an image of Samurai house and the other is western style house to entertain guests.  A billiards room is connected from the western house through an underpass.
This building was designed based on Jacopian style which had been popular in the beginning of 17th century in England and added Islamic style ornaments.
(a) Entrance:
The pair columns are set in the entrance porch.
(c) Pillars:
The columns in a veranda are Greek style. The pillars of stairs hall inside the building and the ornaments are Jacobean style in 17th century in England.
(d) Windows/walls:
There are Kinkara papers attached on the wall of a guest room in 2nd floor. All the buildings are unified as cream color.
(e) Roof:
Parapet is used on the roof ( a low height handrail surrounded by the flat roof).
(f) Ornaments:
A guest room for ladies is designed as Islamic style where cloth-covered on the ceiling is made by Persia embroidery made by silk.
(g) Interior:
The interior inside the building is Victoria style. 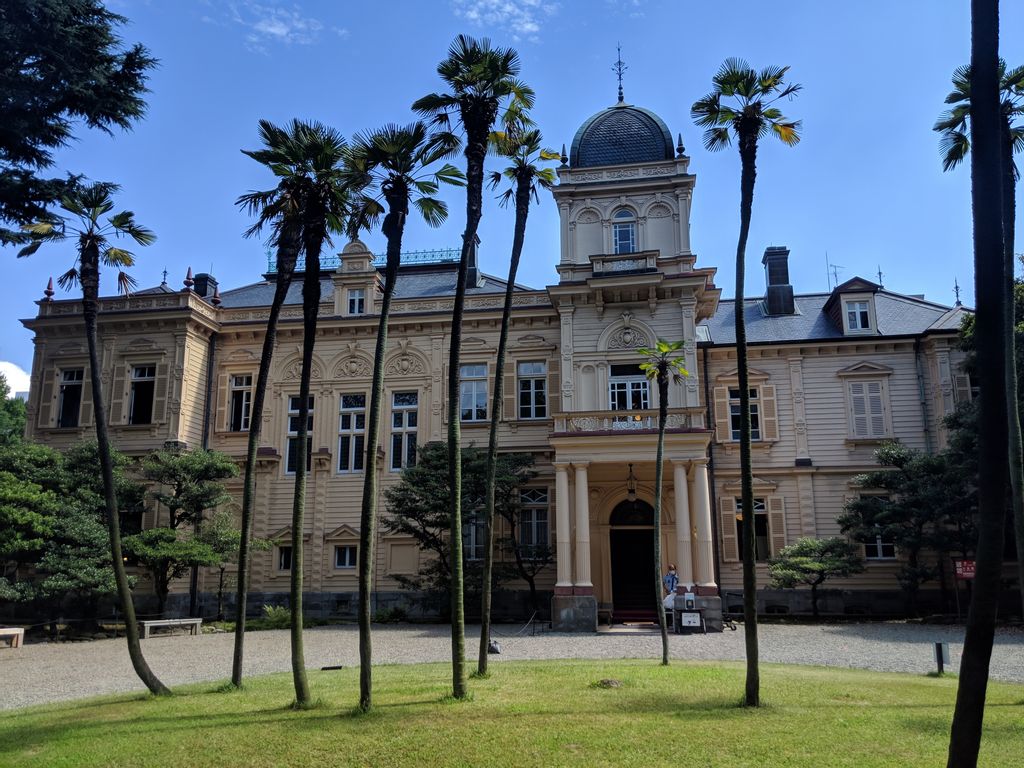 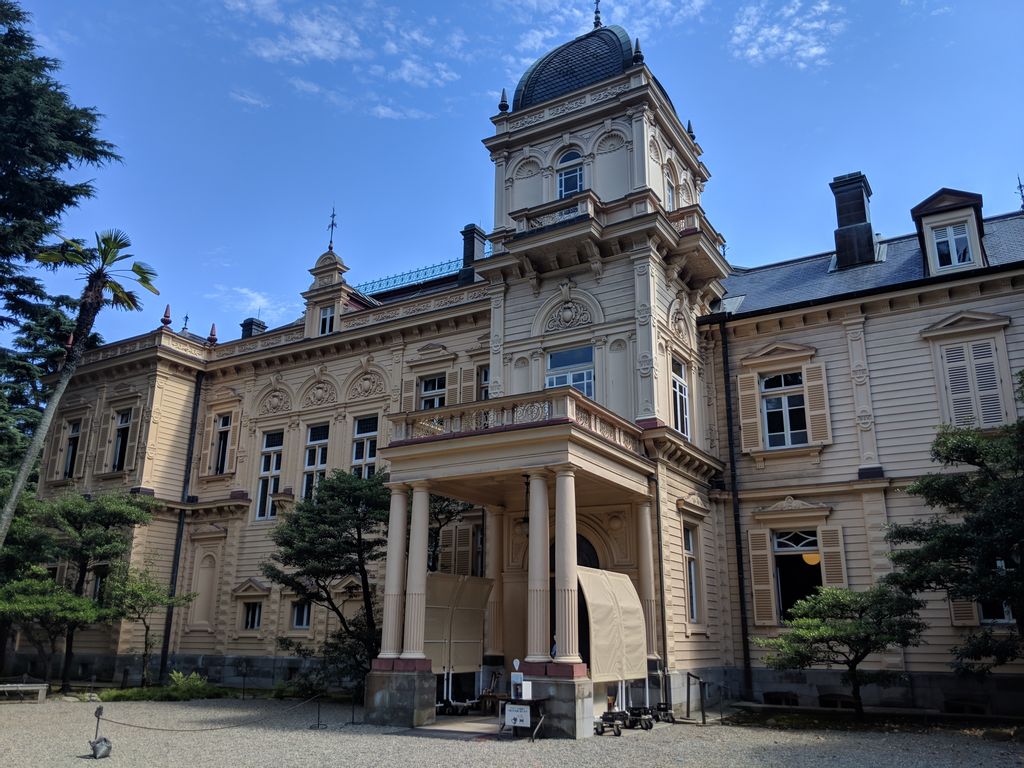 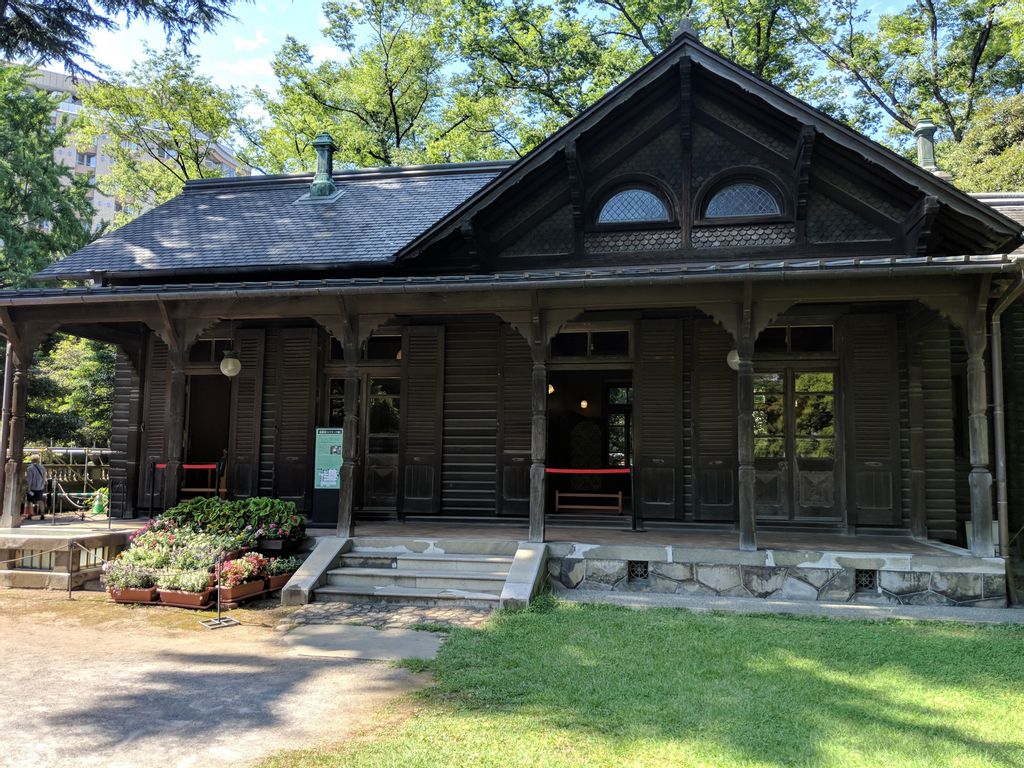 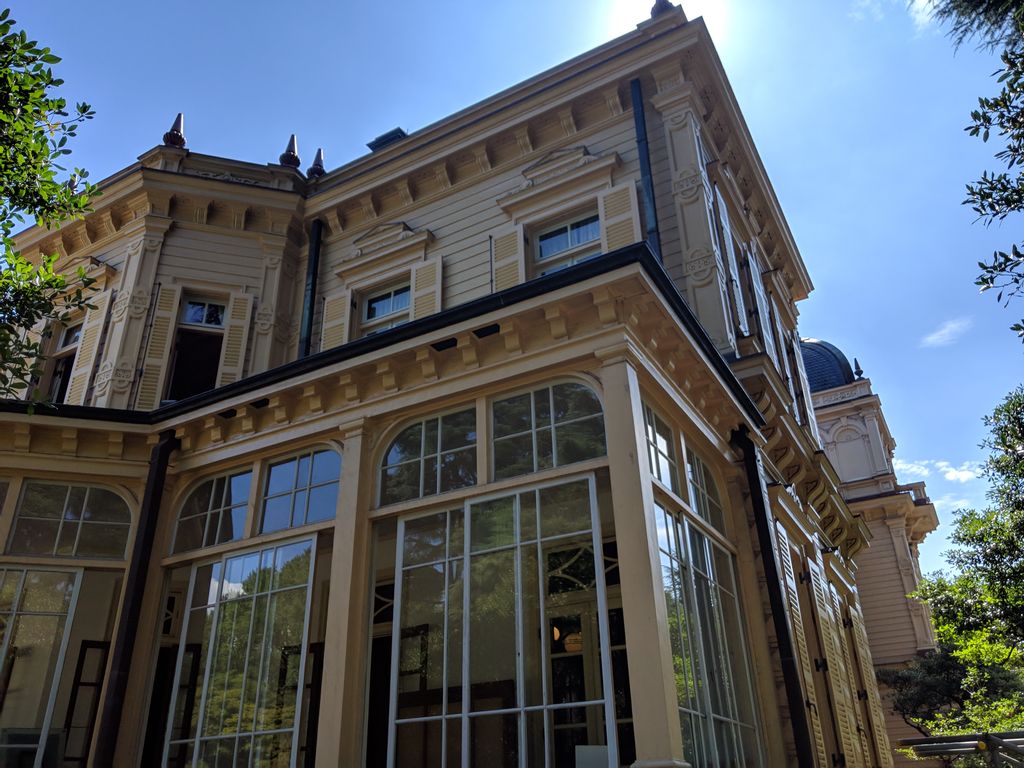 In 2016, this was registered as UNESCO World cultural heritage as the concepts and features of the museum of ultimate growth that enable to expand the exhibit space by extending the building in case collections increasing.
Le Corbusier designed and built in 1959 by adopting five principles of Modern architecture which are Piloti, Rooftop garden, Free plane, Horizontal continuous windows and Free elevation surface.

(a) Architectural form:
This building was made by reinforced concrete with the first floor as piloti which is the atrium space composed only by pillars and no walls which enable to create the atmosphere of open for common people.
(b) Windows/walls:
The simple outlook which are composed by pebble driving panel and exposed concrete which give us the feeling of citizenship with removing the sense of authority.
(c) Interior:
19 century hall which Le Corbusier named is set in the center of the building as the core of this museum.
The triangle top-light is set on the ceiling of 19 century hall to provide lightning which create fantastic space. 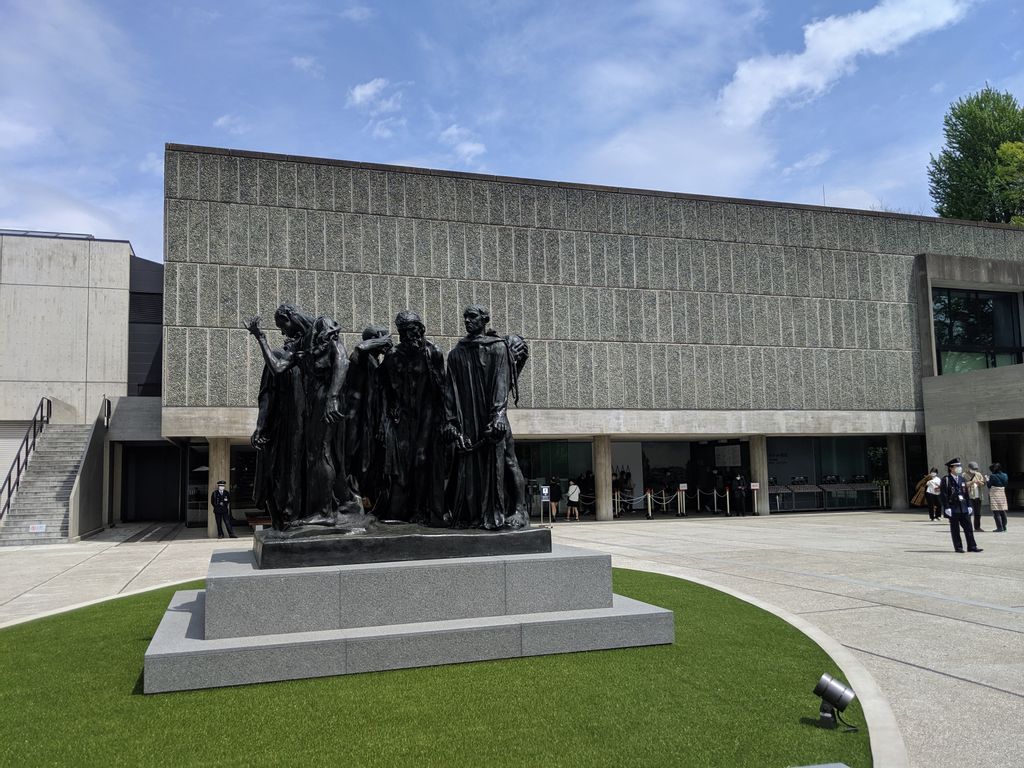 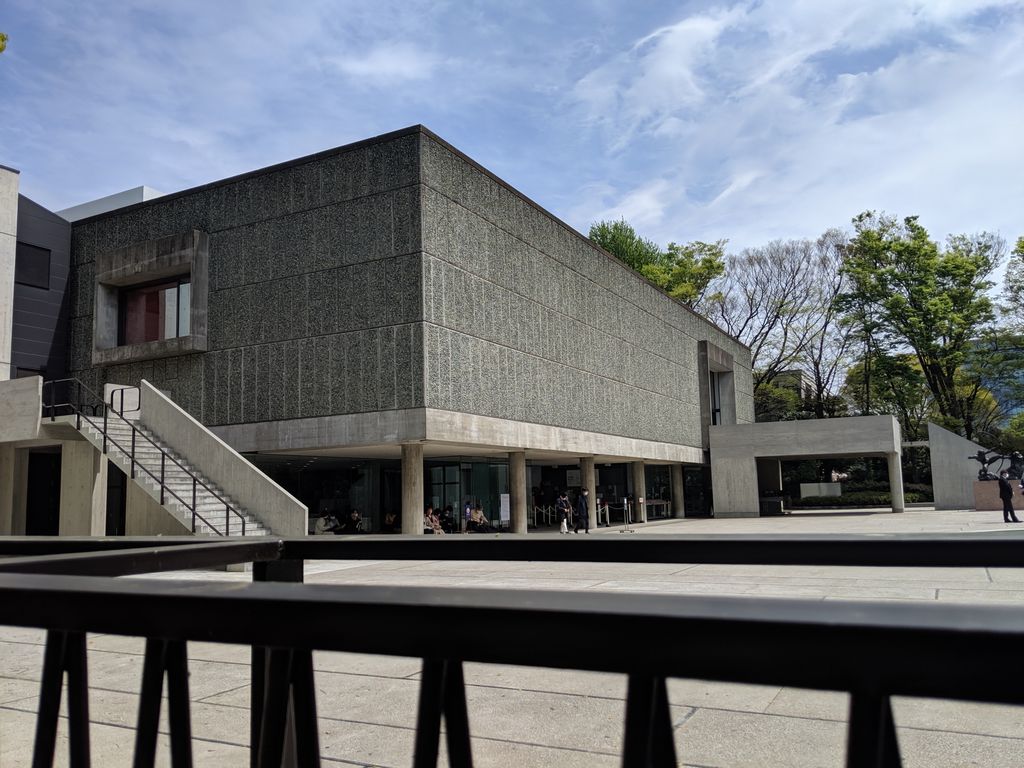 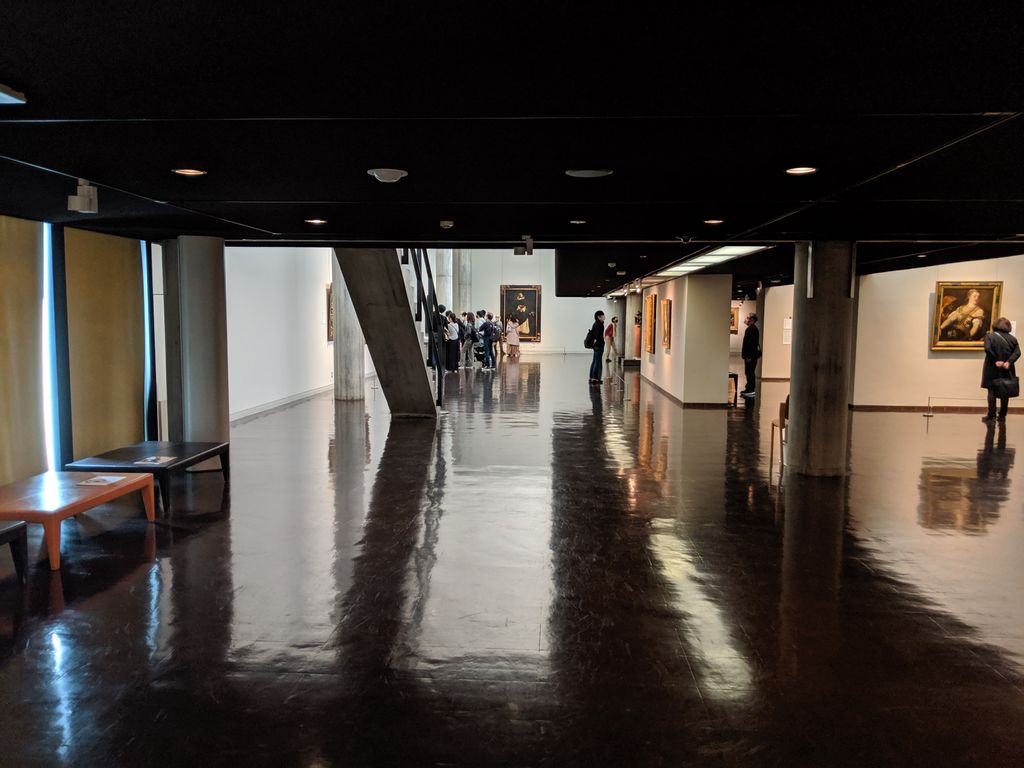 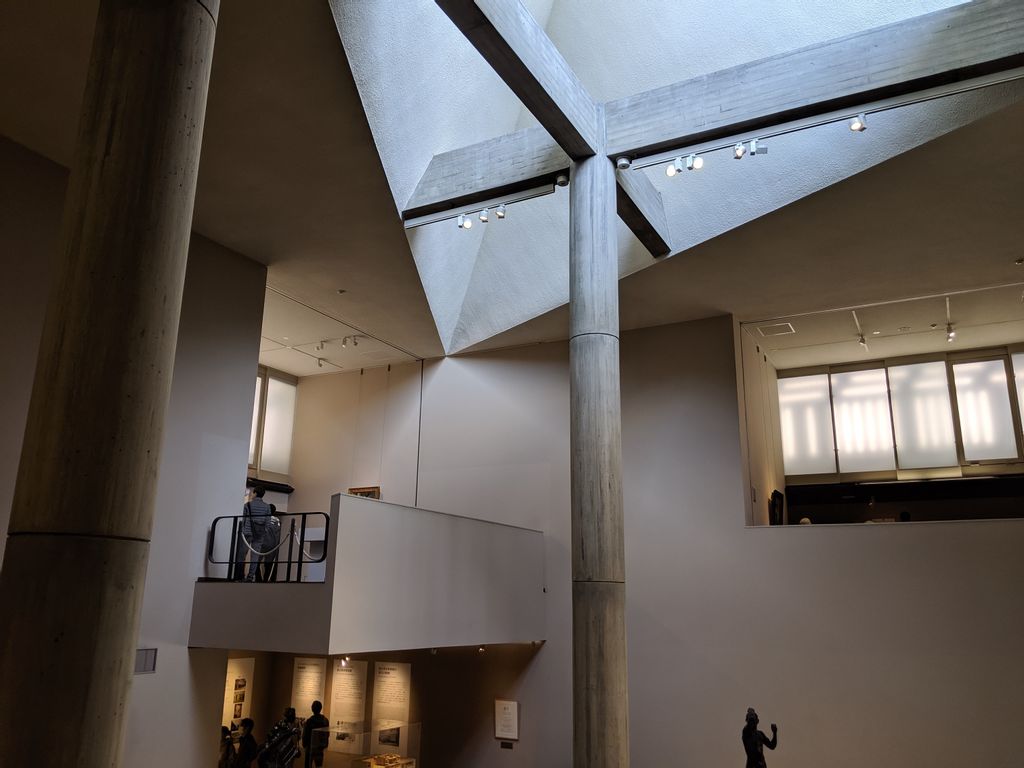 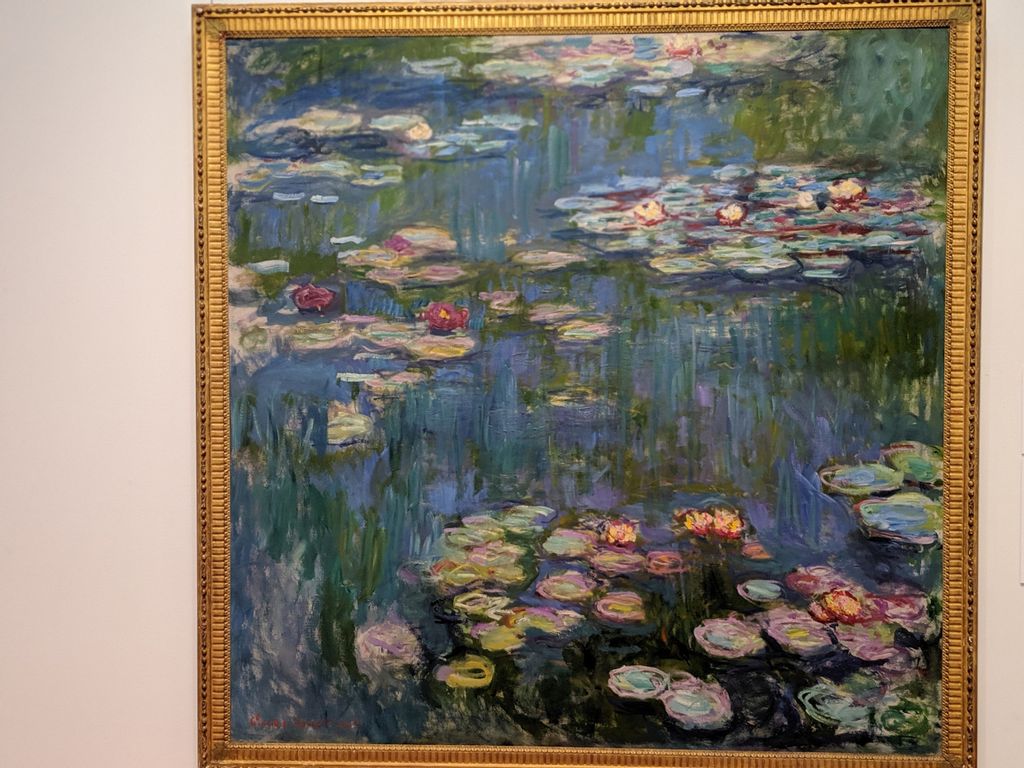 (3) Tokyo National Museum Hyokeikan which was built for celebrating the wedding of Taisho emperor.
Katayama Tokuma designed and built in 1908.

(a) Architecture form:
This building is designed and constructed as Baroque style using brichs, stone pitching and stones. There are a giant dome set with diameter 16.7meters in the center and two small domes set by symmetry in both wings of the building.
(b) Walls:
The walls are thick.
(c) Ornaments:
There are a pair of Aun lion statues set in the front entrance.
(d) Interior:
The floor of a central hall inside the building is made by marble mosaics and the hall has a vaulted dome shaped ceiling. 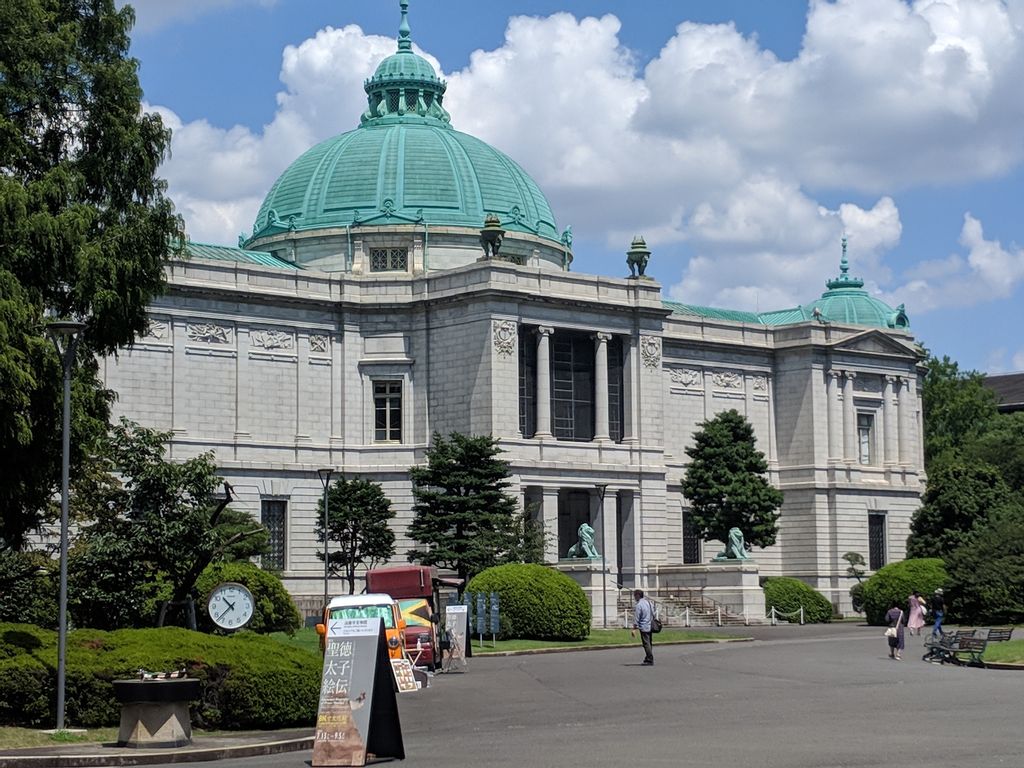 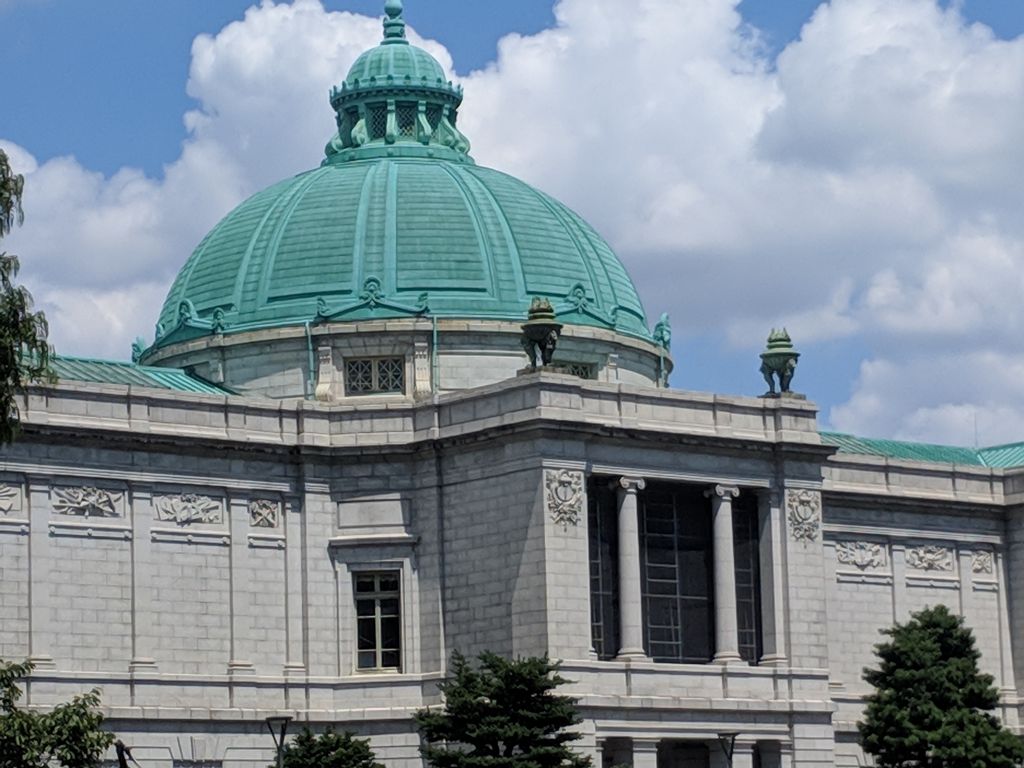 (a) Architecture form:
Imperial crown style based on Nationalism whose roof is Western style with Japanese roof tiles put on it.
(b) Entrance:
You can see Baroque stairs in the entrance hall.
(c) Interior:
A VIP room is constructed on the upper side of the front entrance that is located in the northeastern demon gate. 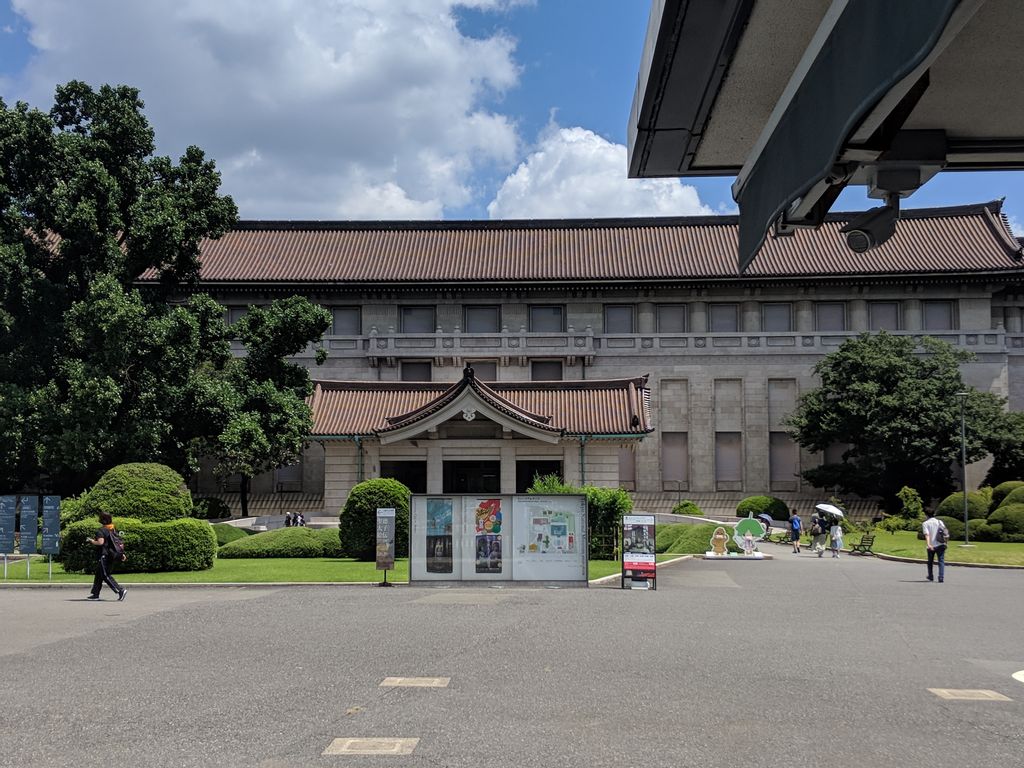 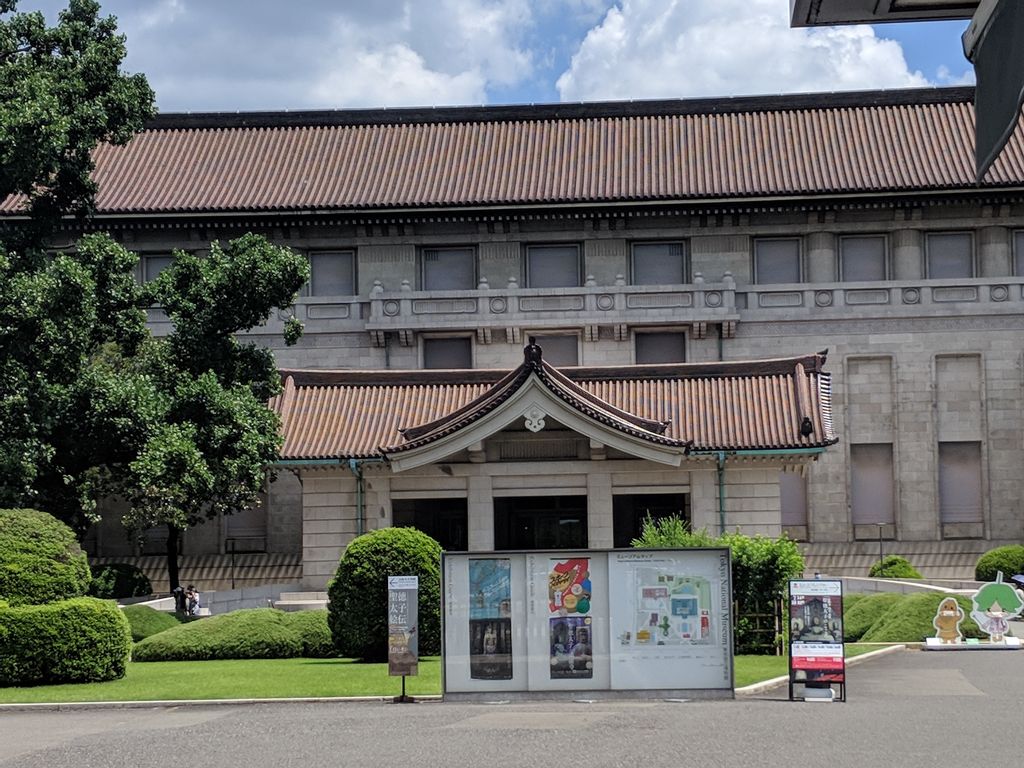 (5) Tokyo Bunka Kaikan where concerts by world famous artists of Opera, Valley, Classic and so-on are executed.
Maekawa Kunio designed and built in 1961.  He was the first person of Modernism architecture after World War2.
(a) Architectural form:
Exposed concrete structure with removing ornaments, Giant eaves extending with bending, Combination with straight and winding lines.  The height of the eaves are same with that of National Museum of western art located in the opposite side of this building by considering the continuity between the two buildings.
(b) Ornaments:
The spiral staircase set beside a elevator of the hall is painted with crimson.
(c) Interior:
The overwhelming space of the large hall with 5 stories and foyers have felt us open feeling as if it is a square. 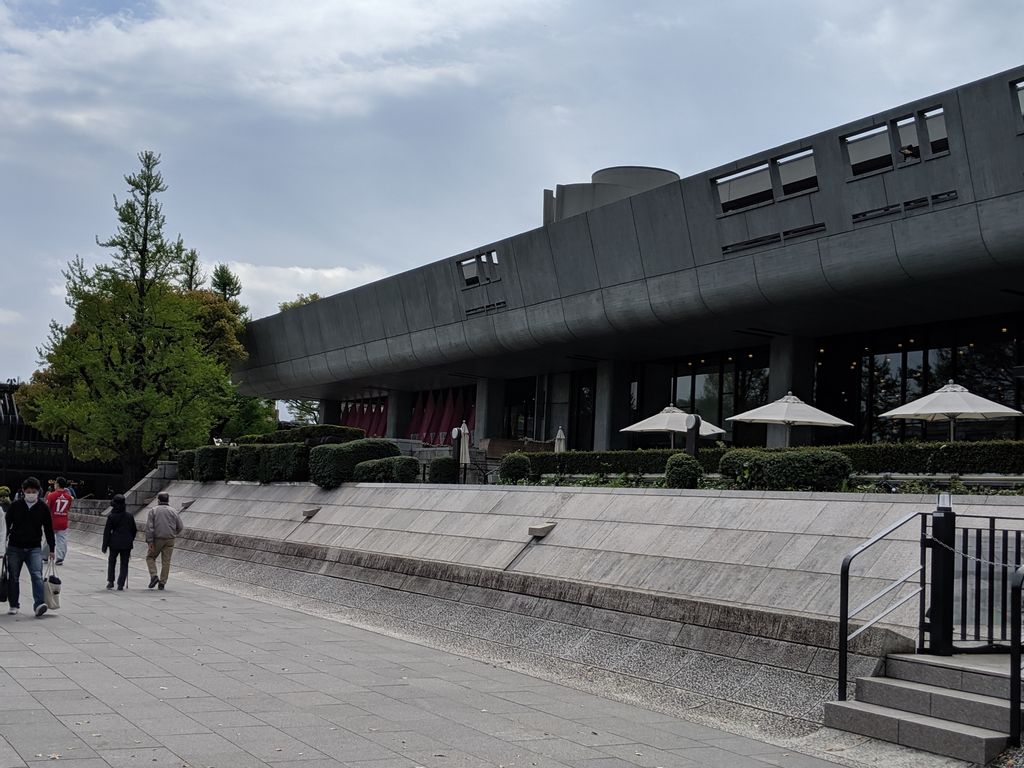 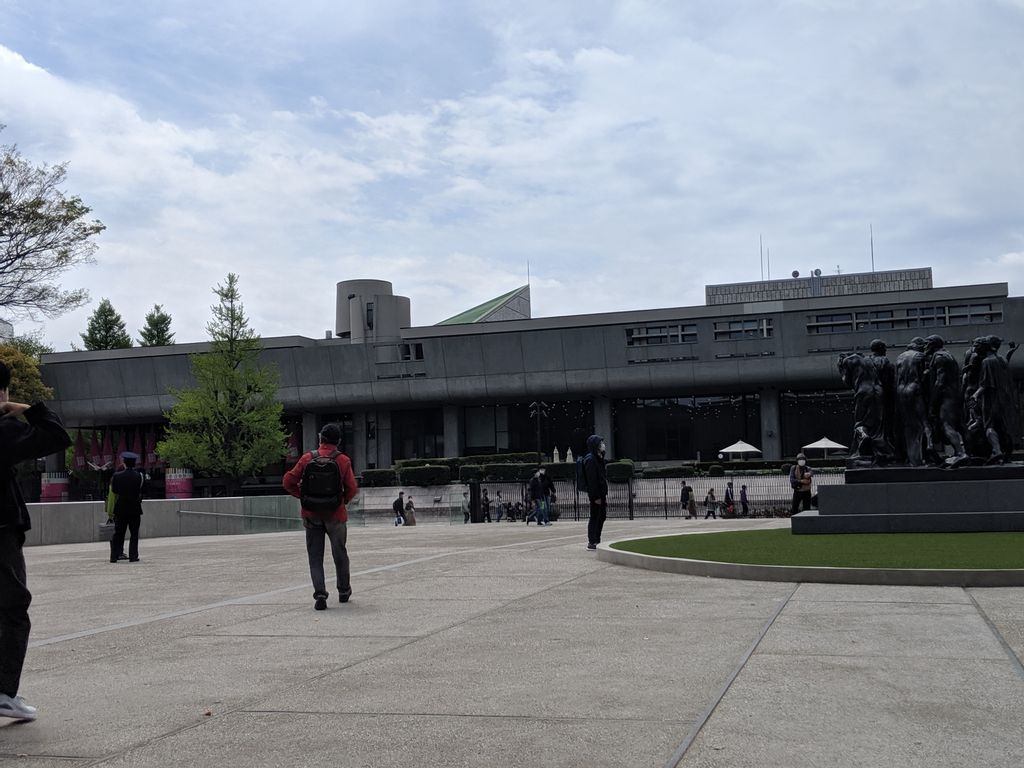 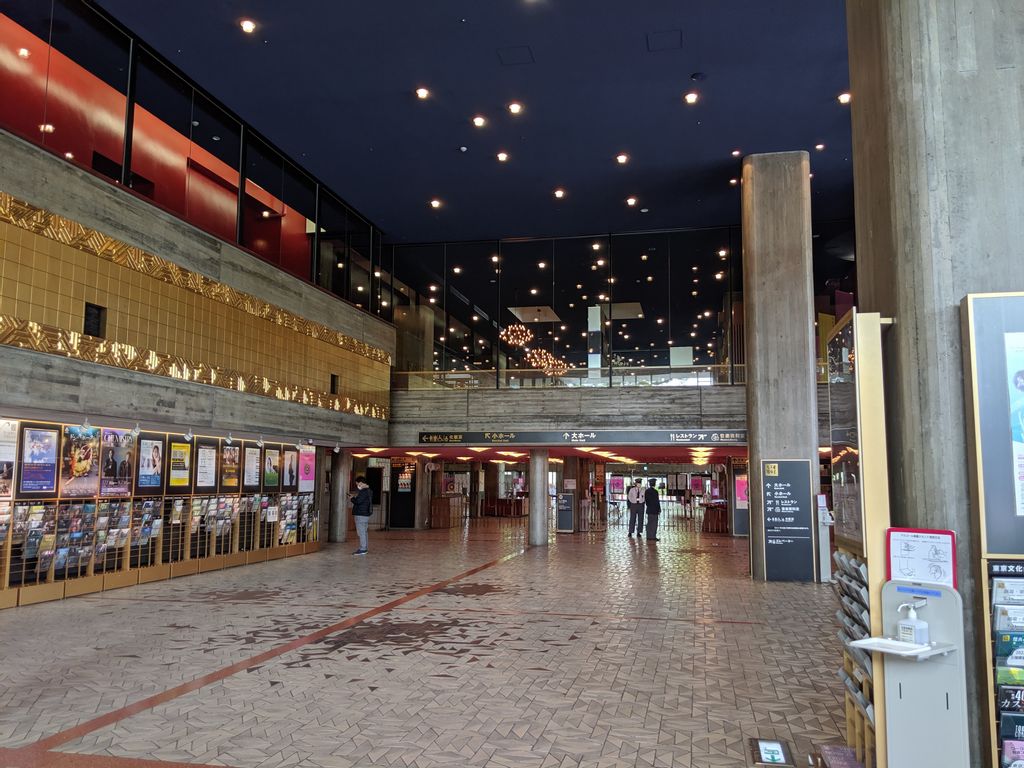 (6) Kuroda Memorial Hall which is a museum built based on the will of Kuroda Seiki who is the father of modern Japanese paintings.
Okada Shinichiro designed and built in 1928.
(a) Architectural form:
Two stories scratch tiled building with a semi-basement made by iron concrete
(b) Entrance:
The central entrance porch is jutted out.
(c) Door:
The door of the entrance is made by heavy steel with two gate light set on both side of the door.
(d) Walls/Windows:
The 2nd floor on the upper side of central entrance is dent where three arch windows are lined up with columns of Ionic order arranged on each both side of the windows.
(e) Roof:
In the flat roof of the porch, ornaments are lined up.
(f) Interior:
After walking through the door, you will see the steep staircase and by walking up further, there is a door found which have felt you as if you are away from the world. 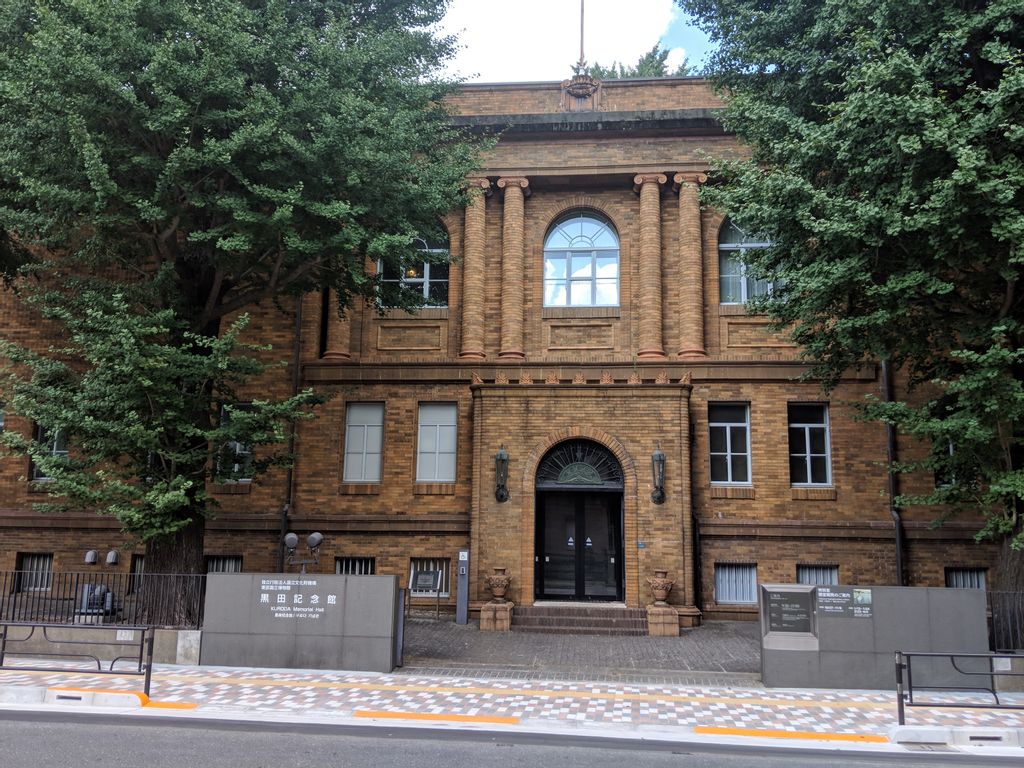 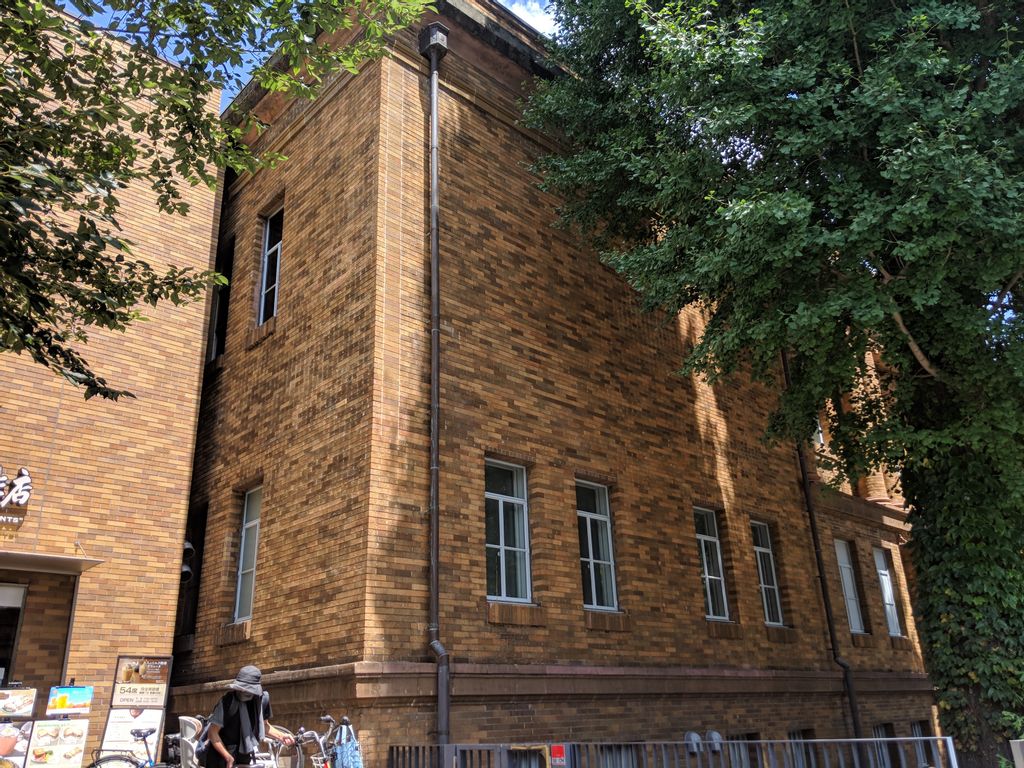 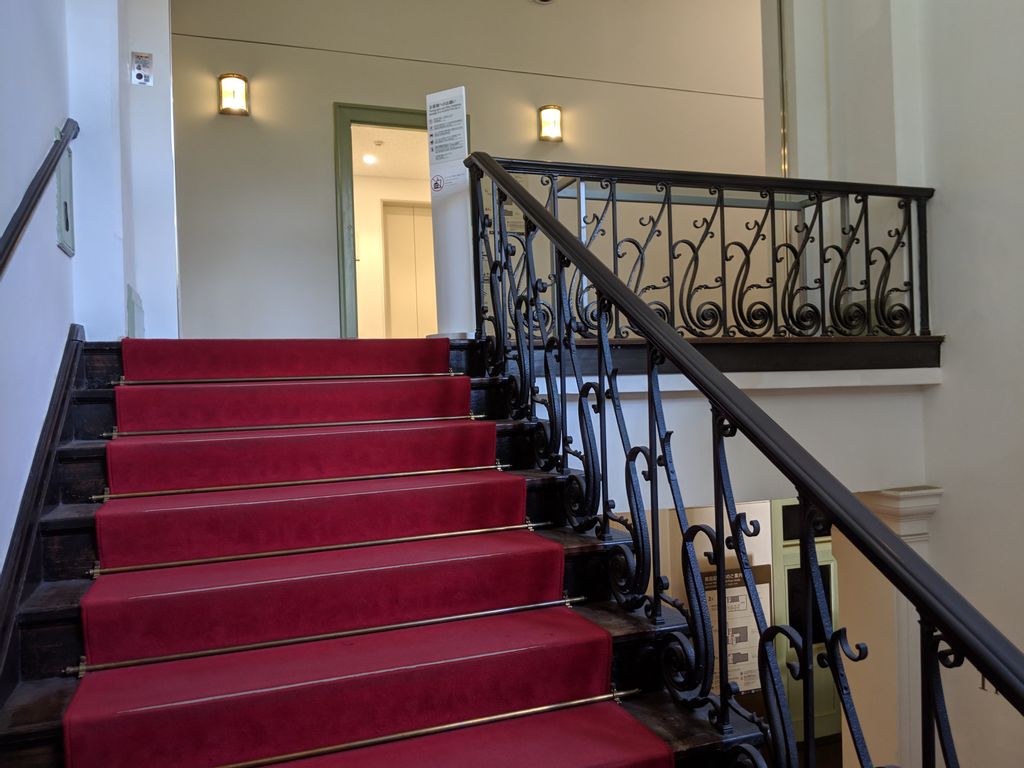 (7) National Diet Library / International library of children's literature:
This building is a hybrid one which consists of three type of buildings each constructed in different era.  In 1906 of Meiji era, the building is steel reinforced and made of brick where beams are by steel and walls are by bricks. In 1929, the building is made by steel with long between pillars and tiled.  In 2000, Ando Tadao re-designed and bult the entrance hall with glazed which is an open lounge where children can see the combination of the modern architecture and the historical one such as the outer walls constructed in 100 years ago.

(a) Architectural form:
Neo-renaissance style (American renaissance) is applied.  The atrium style large staircase up to the 3rd floors, the luminous ceiling by which shadows are hard to form.
(b) Pillars:
The square pilasters as the role of window decoration
(c) Walls/Windows:
Stone reliefs on the wall made by bricks, comb back arch windows through 2nd and 3rd floors, Giant order is expressed by the five continuous windows and the pilasters.  By dividing the area inside the windows with grids whose thickness both large and small, the image of vertical windows is emphasized. 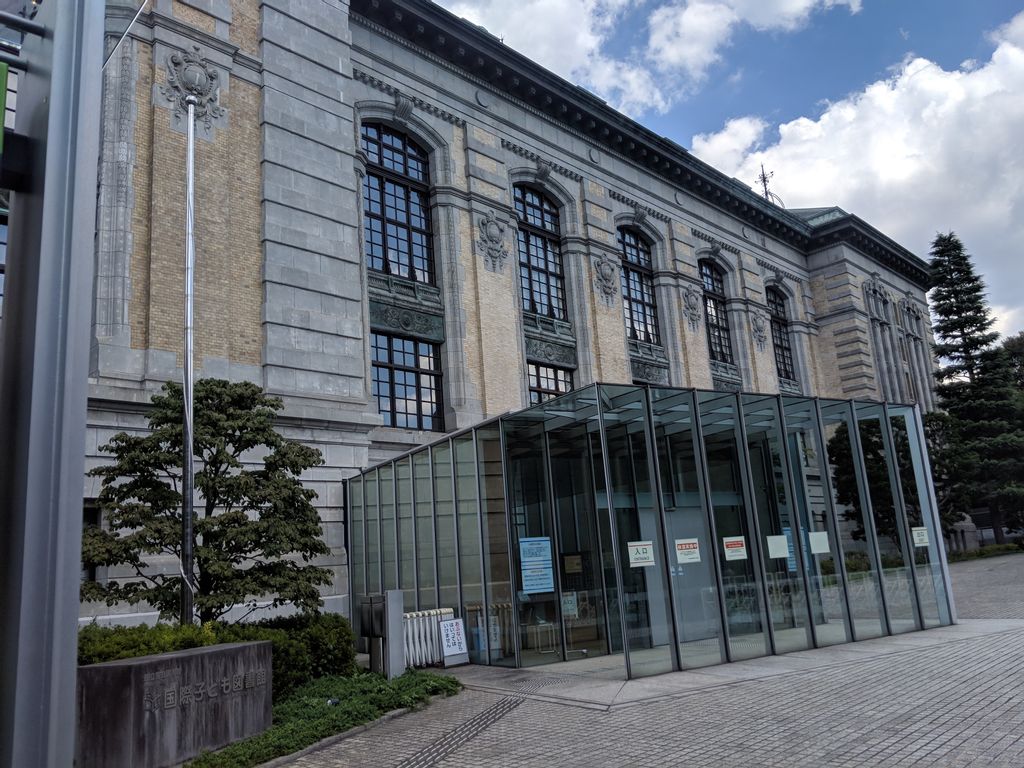 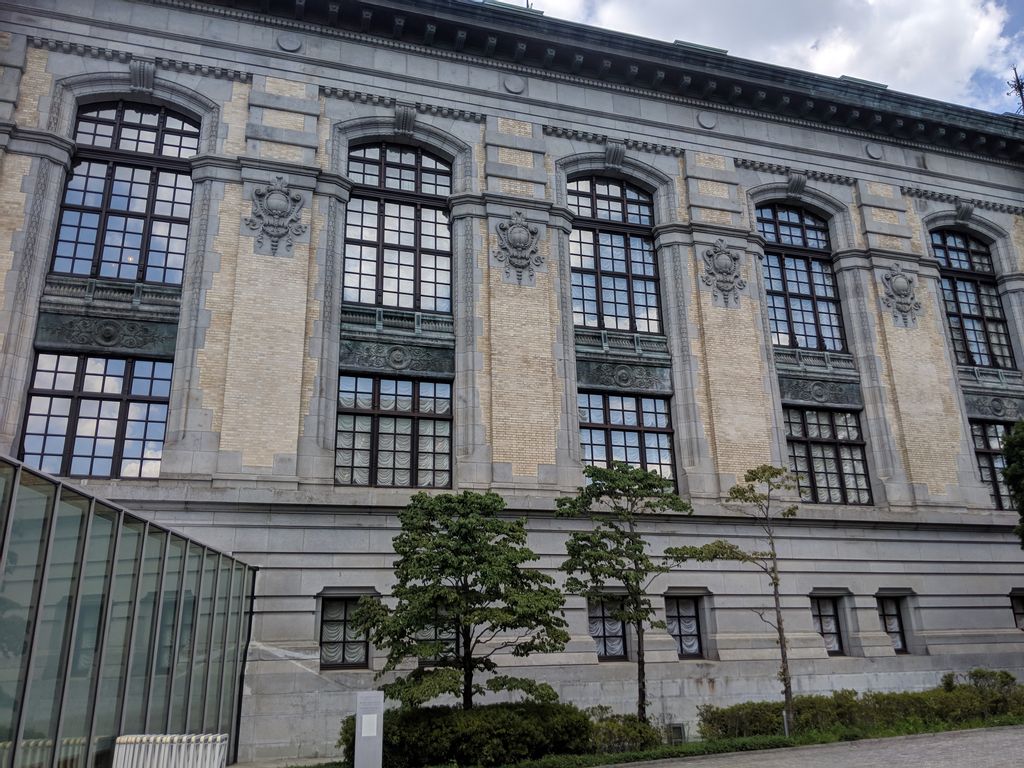 If you become interested in visiting these Japanese modern architecture tour spots, please contact me. I can support you and  recommend the best tour for you.

One day Osaka tour for your great experience

There are several attractions in Osaka. One of them is food culture that is called “Kuidaore by Extravagant in food”. You can enjoy several food markets such as Doutonbori and Kuromon. Another attractive point is to visit several architecture which include both traditional and modernized such as Osaka castle and Umeda sky garden. You can enjoy both of above in this tour.

Yokohama is one of the primary sea gate way to Japan where you can feel exotic atmosphere. Yokohama is located around 45 minutes train from Tokyo. In this tour, you will visit the most impressive places including Sky Garden of Landmark tower, Cruising of Yokohama Bay and red brick storeroom. After having a delicious Chinese food at Yokohama China town, we will visit Sankei-en Japanese Garden.