5 most popular pasteries in Japan

Washoku, or Japanese cuisine is classified as UNESCO's world heritage, and pasteries form at times an integral part of it. Here are 5 most popular pasteries in Japan.

Manju is a bun staffed with Anko, a red bean paste. Red bean, called Azuki in Japanese is the most popular ingredient of Japanese pasetery. It is boiled in hot water, smashed and mixed with sugar before it is used as main ingredient in many Japanese pasteries.

Manju is a typical example of this combination of pancake like cover and Anko. It is soft and delicious when taken with a green tea. A common pastery for a tea ceremony. 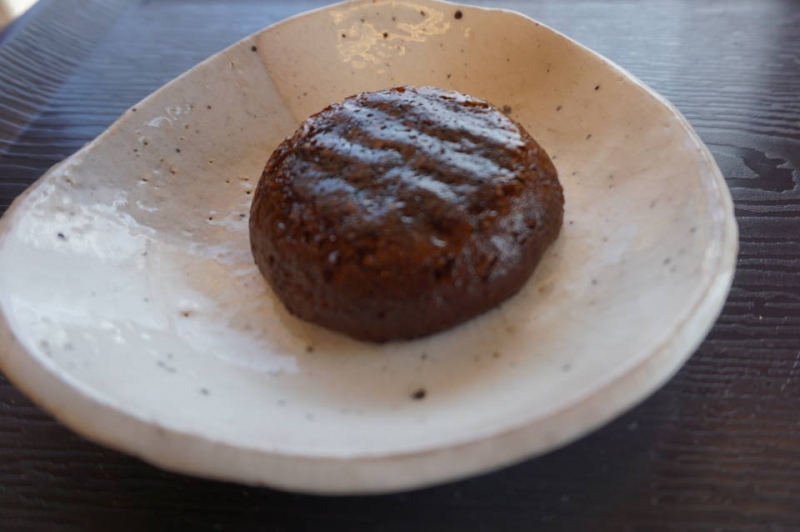 Dango is a soft and sticky rice cake seasoned and squered in a bamboo stick. It is one of the most popular among the many kinds of Japanese pasetries. Hanayori dango, literaly meaning, Dango first than cherry blossomo viewing, is a famous proverbe in Japan to prove the popularity of this pasetry. Seasoning differs from sweetened soy sauce, covered with Nori or seaweed, Anko or sweet red bean paste. It is served often after being baked to add more flavor. 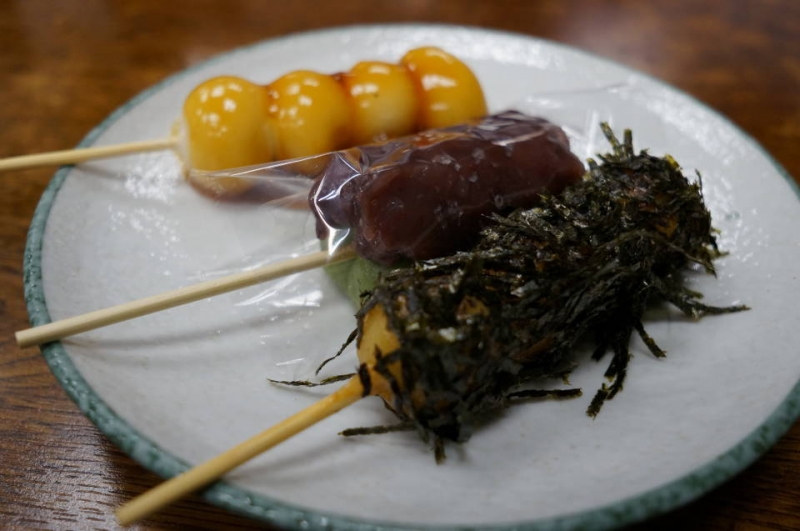 Senbei is a rice cracker. Together with Dango, it forms a pair of most popular Japanese pasteries. Rice cake is used as a main ingredient, formed flat in round shape before being charcoal baked. Flavor varies such as soy sauce, grated sesames, sugars etc.

At a local farmhouse, it is a must-keep pastery for an old lady who socialize with her neighbours having Senbei together with cups of green tea. You will have a good chance of being asked to stop and join their conversation when passing a rural village in Japan. 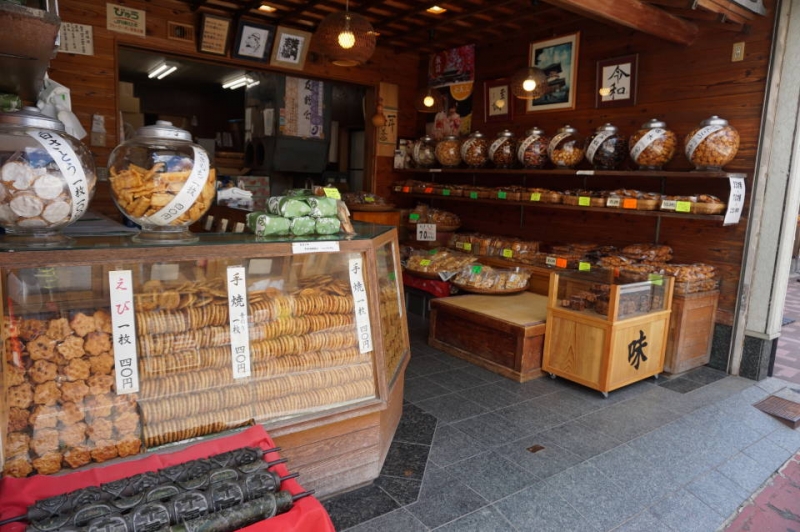 Tai, a red snapper, yaki, a word for broiled in Japanese, is a famous street pastery in Japan. As it sounds, it is in a shape of a fish. But please don't call this as fish cake, because it means a different ingredient for Japanese cuisine. It is a criply broiled pancake staffed with Anko, red bean paset.

It is very popular as street food, and never appears at a formal occasion such as tea ceremony. There are 3 most famous Taiyaki stores of Tokyo, where people make long queus in front of the store. 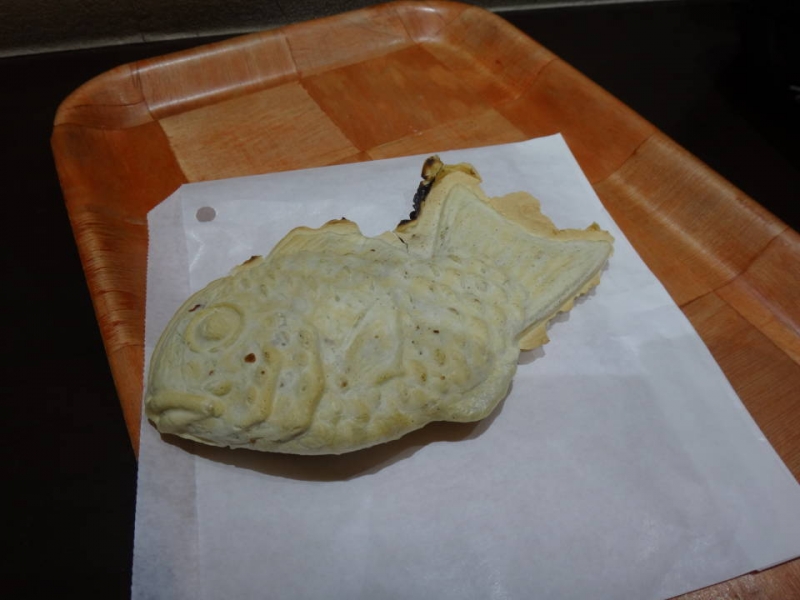 Yokan is a jelly cake made from Anko. This is a very popular pastery in Japan, but not so often eaten as the other four, because of several reasons.

First, it is basically sugar that adds taste to red bean, and because it is deeply simmered before being put in a form of Yoka, it looses its original flavor of red bean. So, simple taste of sweetness is something unique than other four.

Second, it more expensive than the others. Each shop claims its originality and long standing tradition, does not pay much attention (in my personal opinion) for the price.

Third, it requires some work before being served. It needs to be cut in recutangular form and put on a small plate in a very neat manner, whereas others can be eaten even while walking.

Despite all of this, Yokan is considered to be the most authentic Japanese pasteries, some of this family being used for tea ceremonies for its delicacy and beauty. 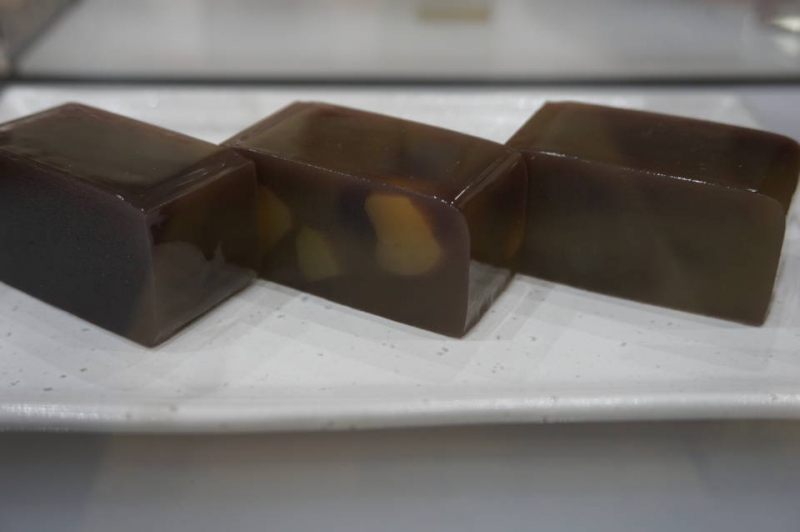 If you are interested to taste all or some of these pasteries, please refer to my tour, Half day private Tour of Off-the-beaten-Paths in Tokyo. 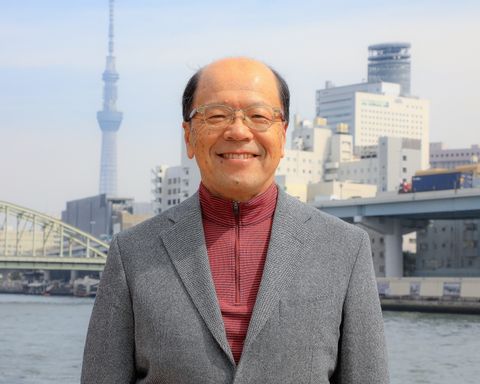 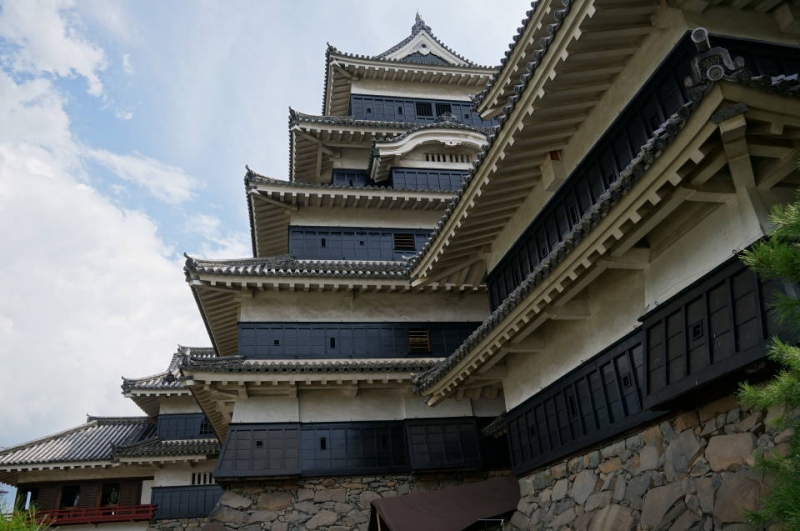 Why the donjons of Japanse castles are empty?

by Yoshihisa
People frequently ask why the donjons of Japanese castles are empty. People may imagin that buildings at the castle are filled with items s... 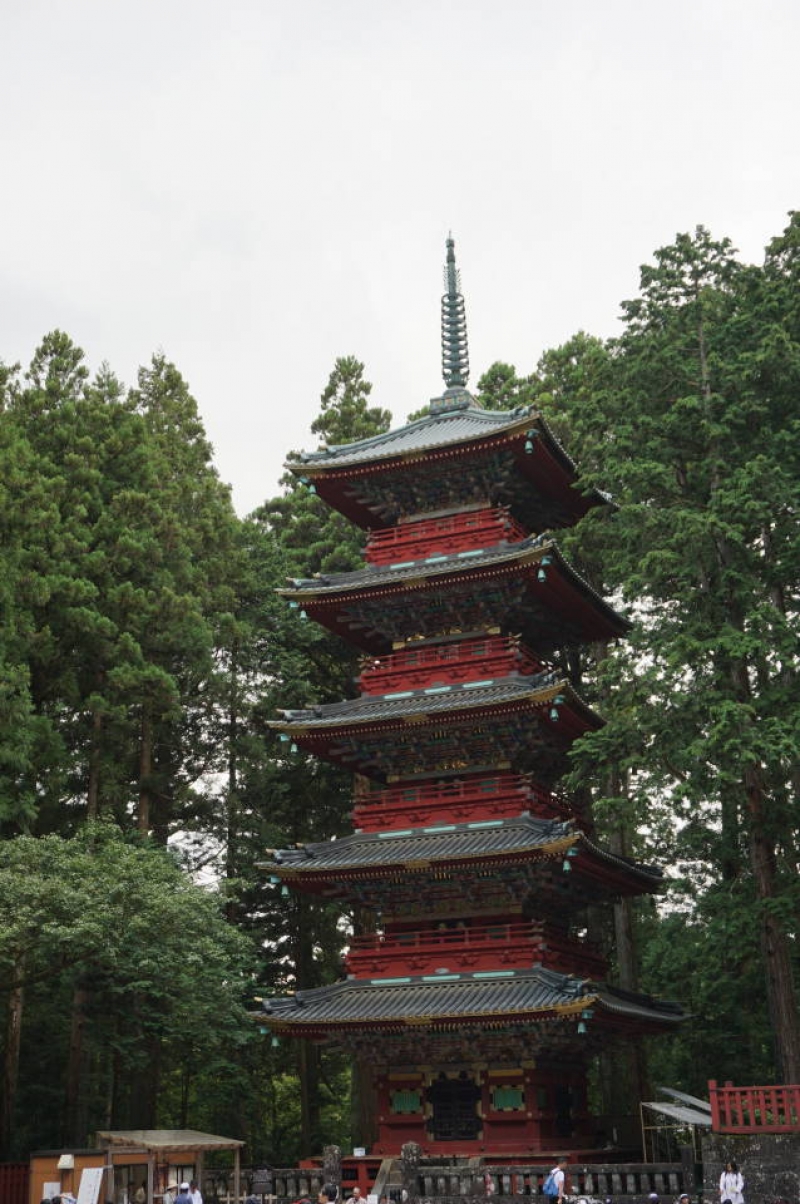 by Yoshihisa
Nikko is a virtual wonderland with so many secrets and mysteries. Here are 3 top mysteries of Nikkos landmark shrine of Toshogu Shrine. 1... 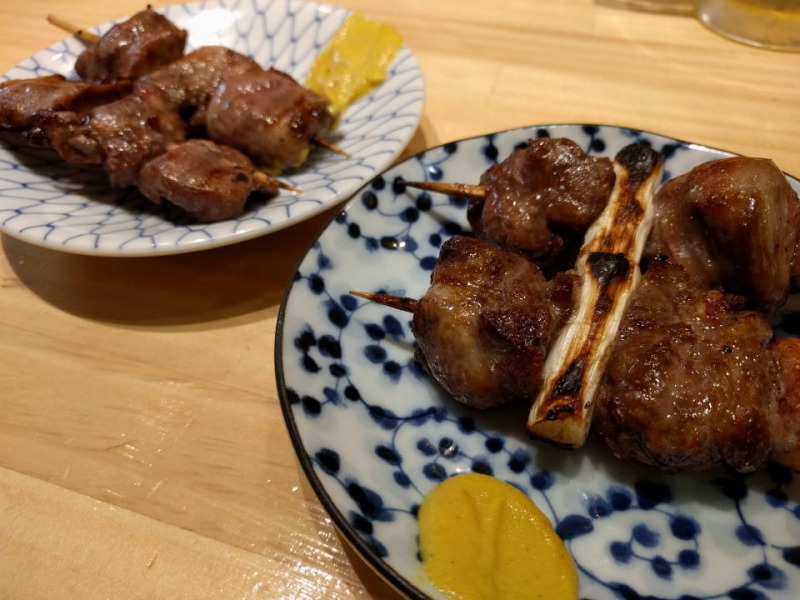 by Yoshihisa
Wasyoku or Japanese cuisine is classified as UNESCOs world heritage. You may think that those cuisines are expensive and need to wear a for... 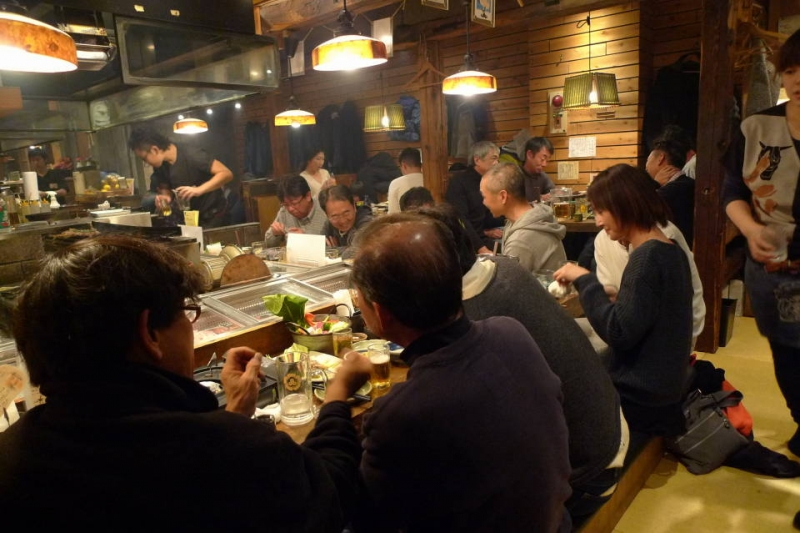 by Yoshihisa
Izakaya is a bar, bistro in Japanese style. In Japan, men and women, young and old, even children at times go to Izakaya. Salary men (Japane... 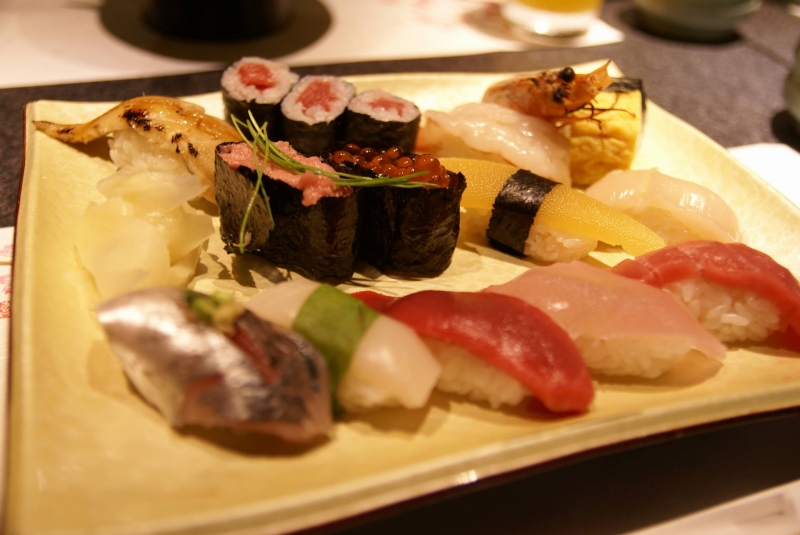 Where do you eat Sushi, at the counter or at the table?

by Yoshihisa
Where do you eat sushi, at the counter or at the table? It is hard to tell. In fact, there is no good or bad. But there are pros and cons. ... 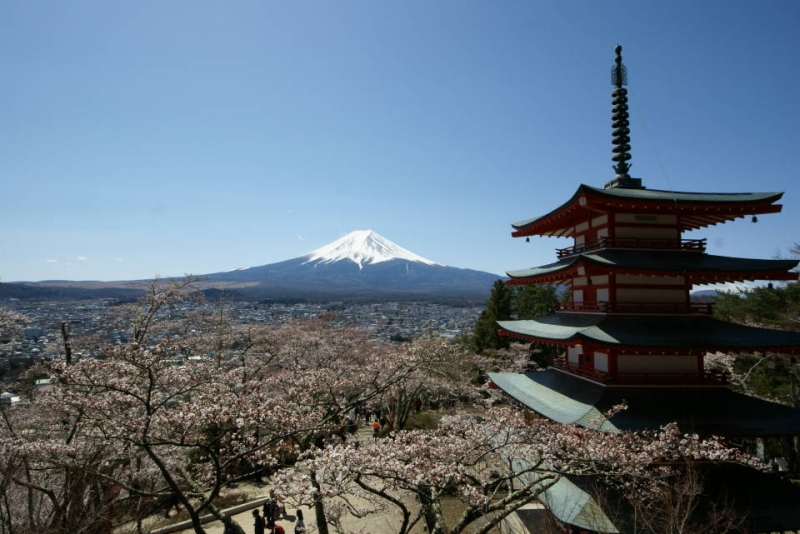 When is the best season to visit Mt.Fuji?

by Yoshihisa
It is frequently asked that when is the best season to visit Mt.Fuji. People may have different opinions, but for me it is definitely spring...

Plan your trip to Tokyo with Yoshihisa

Yoshihisa put together a tailor made itinerary which worked perfectly incorporating the highlights of Tokyo. We communicated well, exchanging ideas and information all in a very prompt and timely manner given the time difference. Yoshihisa is well travelled, charming and informative, l wouldn't hesitate to book him again or recommend.
read more

The weather is cold and its raining, but this guy never stops showing us the views of Narita. It was almost 7pm when the tour was over, we’re about to leave Japan at the departure lobby when i found out that my bag is missing and realized i forgot the bag in the restaurant where we eat ramen. Yoshihisa is the first person entered into my mind to ask for help. He answered quickly without hesitati...
read more

I had Yoshihisa meet my family of 9 at the airport and get us to our accomodation in Shinagawa. He helped us get our train tickets, suica card and even hire a mobile phone. Fantastic commmunication. Highly recommend.
read more

Thanks Yoshihisa for all your help!
read more

Yoshihisa, presented the major historic sites as well as the charming modern Christmas market, and Tokyo Tower. The views were awesome from the 46th floor of a Tokyo office. E-biking was fun and easy, daughter (17 years) was pleased. It was an unforgettable tour, with his insightful description of present and past Japanese culture, politics, and trends. We finished with a satisfying dinner at a...
read more

We had a great time with Yoshihisa-san! Booking communication was great - very fast and prompt replies as well as suggestions to help make the tour more efficient. Instructions, details, inclusions/exclusions were communicated clearly Tour itself - Yoshihisa-san was early, gave clear and good introductions and explanations for the sights - also brought along a file with many printed pages of ...
read more

Yoshi is a knowledgeable guide and a caring, kind man. We felt like we were touring with a friend. He was very helpful and responsive in helping us with our arrangements before we visited Japan and during our stay. He has a great command of the English language and made our days in Tokyo very entertaining and fun. Yoshi was pending our every need and beyond, he wanted us to have a great experience...
read more

Mr. Yoshihisa was very accommodating during my tour of the Metropolitan Area Outer Underground Discharge Channel (also known as the G-Cans facility). I had short notice before the tour, but Mr. Yoshihisa was quick to respond with his availability for being a translator, since the public tour was only in Japanese. Translation was reliable during the tour. I appreciate his recognition of my inter...
read more

I am very active senior from New York & have travelled extensively with my late wife and just finished a wonderful solo trip to JAPAN. I had the pleasure of having Yoshihisa as my guide for a 1 day trip to KAMAKURA, from Tokyo. Of the 5 different guides I had in JAPAN, he was the best. Yoshi is an extremely intelligent man who was a pleasure to be with. Very informative. I can say a lot more but...
read more

Phenomenal night tour he knows exactly how to get from place to place without a wasted step. He’ll be showing you things on the way to where you are going. His English is great and I don’t think the tour could have been any better. Well worth the money, this guy is great!
read more