What are you expecting when you say you'd like to visit the "Imperial Palace?"

Many guests write that they would like to visit the Imperial Palace.

It's totally different with the Buckingham Palace in London.   You can only see the Imperial Residence in this picture.:-)  The buildings in the upper middle 御所 near the bridge gate are the three-storied house of the Imperial couple.

There is a free Imperial Palace tour conducted by the Imperial Household Agency, which only see the Public Buildings from the outside and cross the Iron Bridge named Seimon Tetsubashi.  Those are the green roof buildings in the lower half middle.   You're supposed to move in a group of 200 or so altogether and you're not allowed to leave in the middle of the tour.  Nowadays it's shorten a little bit, so after you're gathered, it ends in about 1 hour and a half, but I would recommend my guests to visit Edo-Tokyo Museum instead if you have that time.
http://sankan.kunaicho.go.jp/information/lists/kokyo

I recommend the East Gardens of the Imperial Palace as a must-see.  Even there are only several buildings left, because there were so many fires burning down the major buildings, it is the site of Edo Castle, which became the capital in 1603, the Shakespearian/Queen Elizabeth 1st ("Virgin Queen") days.  Since then Tokyo began to grow as one of the largest cities in the World.
I would love to explain those things to you and also let's enjoy the beautiful nature in the very center of the Metropolitan Tokyo.
https://triplelights.com/japan/tour/tokyo-edoeast-gardens-ofimperial-palace-ueno-1713

If you'd like to see authentic Japanese castles, please add Matsumoto Castle and the World Heritage Hi・me・ji Castle on your bucket list.  Both of them are amazingly beautiful.

If you'd like to see a gorgeous palace, go to the State Guesthouse in Yotsuya, which is imitating the Versailles Palace (Admission 1000 yen), but are you coming all the way to see a Western imitation?
I hope you come to see something unique of the Japanese.:-) 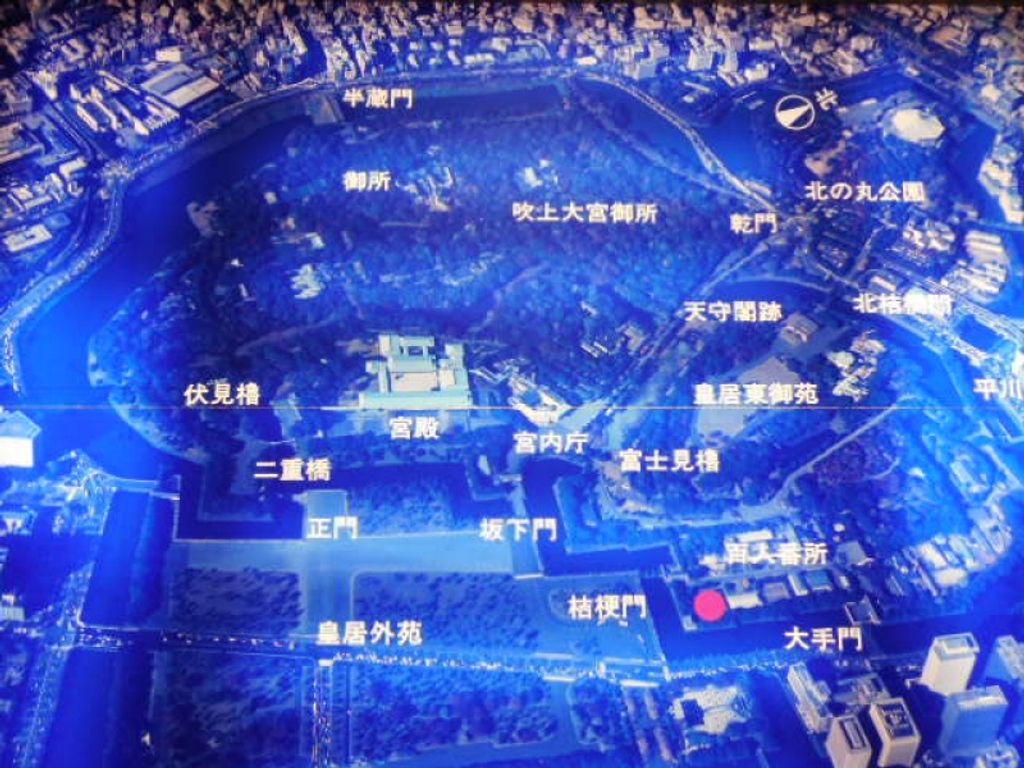 I went to see the red leaves to Nikko.  Taiyuin Temple is one of my favorite spots there.   As Nikko has the mausoleums of the Shoguns who made To...

SUMO is going on

The Sumo Tounaments will be held in Tokyo this year.http://sumo.or.jp/En/ You can see the box seats of four are used by one person each. The chair...

Where is the Olympic Village for 2021?  -----It is near the chimney of this picture at Harumi.  Behind it, there is the roof lawn garden of Toyosu ...

Have you seen the Ghibli movie "Spirited Away?"  There is a ryokan, Japanese inn, which looks like the Yuya at Shibu Onsen near Jigokudani Monkey P...

After staying at Shibu Onsen, I visited Snow Monkey Park on June 26. I could see a lot of baby monkeys that day. The onsen is kept around 30°C/86°F ...

With one of the guests studying architecture, we visited some interesting architectures in Central Tokyo. Above is the 2020 Tokyo Olympics Main Stadi...

I recommend ending up the day with the night view of the Rainbow Bridge and the Tokyo Bay, the most beautiful night view in Tokyo I would like you to see. We will visit the spots you would like to in Tokyo.I will make an itinerary based on your choices and requests. (The popular highlights will be Meiji Jingu Shrine, East Gardens and Asakusa with Nakamise Souvenir Shopping Streets.) Sightseeing spots in Tokyo is widely spread, so I guess we can only visit three or four spots a day.

Mt. Fuji isn't always visible, especially when it's hazy. Please choose the spots in the highlights you would like to visit around Kawaguchiko/ Mt. Fuji, based on your interest/preferences, your physical condition and the weather. It depends on which ones you choose, but I'll do my best to arrange it the way you can visit more than three of them.

Nikko, which has been acknowledged as World Heritage in 1999, has temples and shrines with awesome sculptures.We will ride a JR-Tobu express train for approximately two hours from the west side of Tokyo area/Saitama to visit there and take time to appreciate them.You can enjoy Yuba (tofu skin), which is one of the local specialities, buckwheat noodles or curry and rice etc. as lunch.

Kamakura is a very healing city, which became the capital of Samurai at the end of the 12th century, and has a lot of temples where we can see lovely flowers. We will ride a train for approximately an hour or so from Tokyo/Yokohama/Kawasaki area to visit there. Appreciating the flowers, some temples and shrines, we can also enjoy the beautiful twilight seaview.

Nikko, which has been acknowledged as World Heritage in 1999, has temples and shrines with awesome sculptures. We will ride a Tobu express train for approximately two hours from the east side of Tokyo area to visit there and take time to appreciate them. You can enjoy Yuba (tofu skin), which is one of the local specialities, buckwheat noodles or curry and rice etc. as lunch.

East Gardens of the Imperial Palace is one of the Must-See spots in Tokyo, I believe. The gardens are quite beautiful and there was the castle of the Capital approximately four hundred years ago and now around there is the business center of Japan. After visiting the East Gardens, we will visit Ueno Park, which also has some historical buildings and wonderful museums, or Edo-Tokyo Museum.

Plan your trip to Tokyo with Yoko T.