Best Things to do in Japan During Winter

Japan's winter is very snowy and cold. There are many great things to do during the winter months such as the famous Sapporo Snow Festival, going to a Christmas market, skiing, eat Japanese winter foods and see the Christmas illuminations. You could even celebrate New year like a local by visiting your local temple or taking a steam in a hot spring to warm up.

The great amount of snow is the biggest attraction. A highland resort where you can truly enjoy skiing and an onsen
Myoko Highland is famous for its 8 distinct areas for winter skiing. Spreading out at the foot of Mt. Myoko is a resort land that can be enjoyed throughout all four seasons so that soaking in the hot spring and summer climbing are also fun activities.

Enjoy some dynamic skiing in the heavy snowfall zone of Niigata Myoko Highland which is famous for its heavy accumulation of snow is separated into 8 ski areas, each of which has its own attractive and individualistic courses. There are facilities such as the Super Giant Course with the steepest angle of 45 degrees, the Myoko Suginohara Resort with its 8500m-long course, and the Ikenodaira Ski Resort which boasts one of Japan’s most prominent snowboard parks; in fact, all of the areas allow snowboarding. There are courses that can be en...

The superb scenery of an outdoor bath! Packed with the attractions of a high mountain hot spring such as the landscape and the cloudy hot waters
Japan’s highest onsen at 1800m and water quality that has the country’s highest concentration of sulfur. This double impact that Japan’s No. 1 Manza Onsen has is great in the summer as a resort and in the winter as a snowboarding resort.

Enjoy the hot springs with plenty of character and elaborate ideas Within Joshin'etsukogen National Park, Manza Onsen is Japan’s highest mountain hot spring village that is located at an altitude of 1800m. In summer, it is a resort area that doesn’t need air conditioning, in autumn it has the changing leaves, and it has skiing in winter so that the area is lively with tourists all year round. The source spring has a plentiful daily output of 5.4 million liters per day and is a sulfur spring which has a high temperature of around 8...

Enjoy sports, shopping and cuisine as you enjoy nature on Mt. Niseko Annupuri
The super popular ski resort will satisfy even the most advanced of skiers. The high-quality powder snow is the selling point. In 2014, a shopping area reminiscent of an old Japanese town was also opened.

It’s not just about skiing! You can enjoy a variety of activities Mt. Niseko Annupuri at Hokkaido’s Niseko. The lovely natural scene that spreads out there is especially full of winter sports, and during that season, many tourists visit so that they can enjoy skiing and snowboarding. Among the numerous ski resorts on Annupuri, the Niseko Village Ski Resort has a lot of slopes with a high degree of difficulty so that the advanced skiers can enjoy them to their hearts’ content. Furthermore, besides skiing and snowboarding, a... 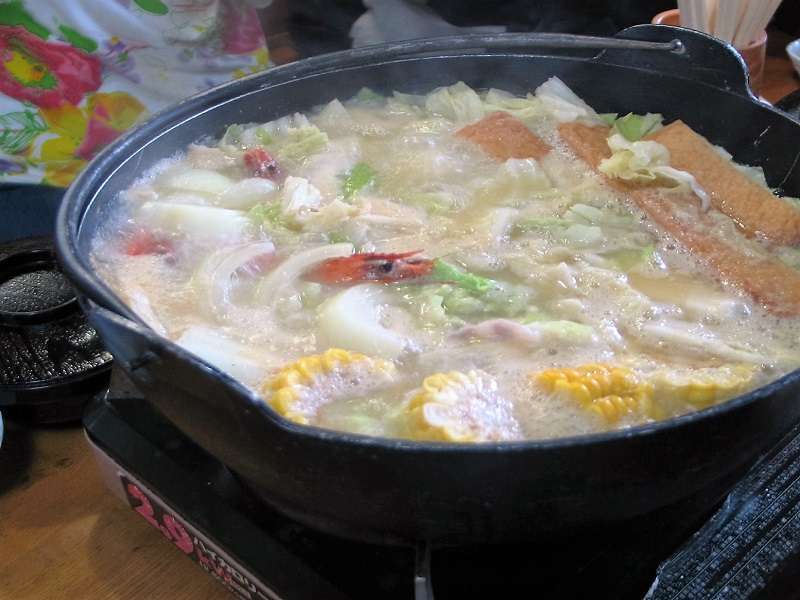 Hotpot also known as nabe in Japanese is the best way to warm up in winter. Japanese people love eating hot foods like nabe which are filled with meat and vegetables during the cold.

Check out the Omotesando Illuminations

A trendy area. A neighborhood where you can encounter cutting-edge fashion and various other items
A sophisticated sense of high class engulfs the pedestrians walking there. From the main street to the back streets, there is a variety of shops. Even walking through the back alleys brings an air of celebrity

How Omotesando developed into a trendy area Its origins lay in the opening of an avenue leading to Meiji-Jingu Shrine in 1920. There are a number of reasons behind its birth as a trendy area. One reason is the appearance of the Doujunkai Aoyama Apartments where high-ranking officials and people of culture had resided and the Washington Heights (the facility that housed GHQ officers) that was constructed after the 2nd World War. The Washington Heights was then opened as the Athletes’ Village at the 1964 Tokyo Olympics, and for other reas...

Famous worldwide! Japanese macaque monkeys soaking in a hot spring in a bitterly cold and snowy valley
Wild Japanese macaques looking for warmth dive into an onsen in a valley deep with snow. The park has been popular with many people from around the world visiting as a response to those pictures of monkeys.

Japanese macaques living in a snowy valley Jigokudani Monkey Park is located in the beautiful Yokoyugawa Valley in northern Nagano Prefecture. At an altitude of 850m and surrounded by steep cliffs which are covered in plenty of snow in winter, the area is so desolate that it has been referred to as being “hellish” due to the spewing steam from the fountains. The wild macaques have been living here in this mountain area since long ago, but with the felling of the forests, their natural habitat was eroded and damage was done to thei...

Looking for an authentic travel experience in Japan but still stuck at home? No problem! Why don’t you start by taking a Virtual Tour for a moment’s escape from the mundane and chaos with our professional guides in Japan?

Mayumi was absolutely wonderful from the beginning. She ensured our ability to meet her at the training facility, since we drove instead of taking the train. She was outside in the cold, waiting for us and made certain we had a place to park. Upon arrival, we were able to change into our Kendo gear for our lesson. She had her daughter with her and they proceeded to teach us the basics of Kendo...
read more

Chizuru is an amazing and energetic guide - very familiar with the area, she made sure that I got the most out of both Naoshima and Kurashiki. She's thoughtful and sets the pace according to what suits you, which is perfect. She's well informed and gave me all sorts of interesting nuggets of information which I really appreciated. Would highly recommend you choose to spend your time with her :) T...
read more

Shunsuke is friendly and a good guide. He took time to understand what we wanted to see which was really great so we got to see a lot of interesting spots and learn about Ogasawara history, we would really recommend the tour :)
read more

Since we were planning to visit Cambodia before this pandemic, we were so happy to find an online tour at Angkor Wat on Triplelights. Our tour guide, Chansip is very kind, pleasant, patient, and knowledgeable. He explained various aspects about Angkor Wat and showed us beautiful sceneries there including many detailed carvings. It was just like a real tour. I really recommend exploring Angkor Wat ...
read more

Sorry for my late review. We had a great day taking an online tour with Matt to stroll in the bush in Sydney. I was surprised by the quality of the tour and the view at the cliff was just spectacular! The only thing is that we had 3 young kids in the tour, I wish he could explain things in a more plain language.
read more