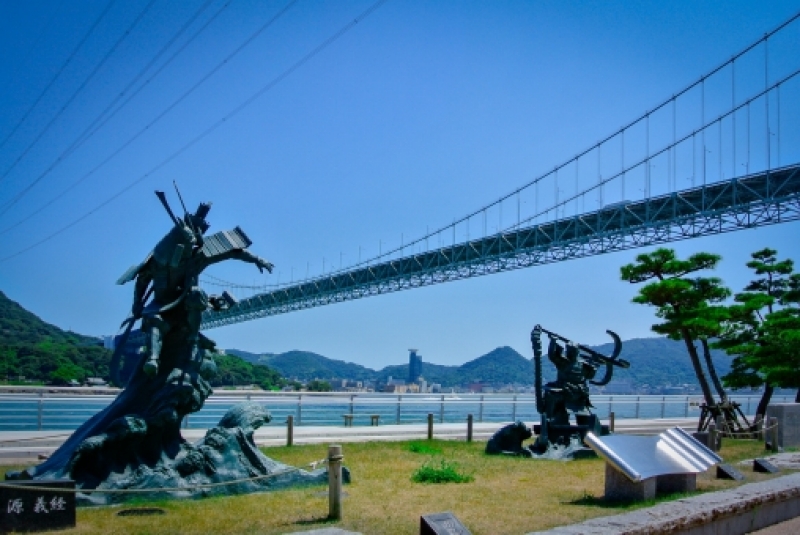 This is a battlefield mark of the battle of Dan-no-ura, the last war between Heike and Genji in 1185. 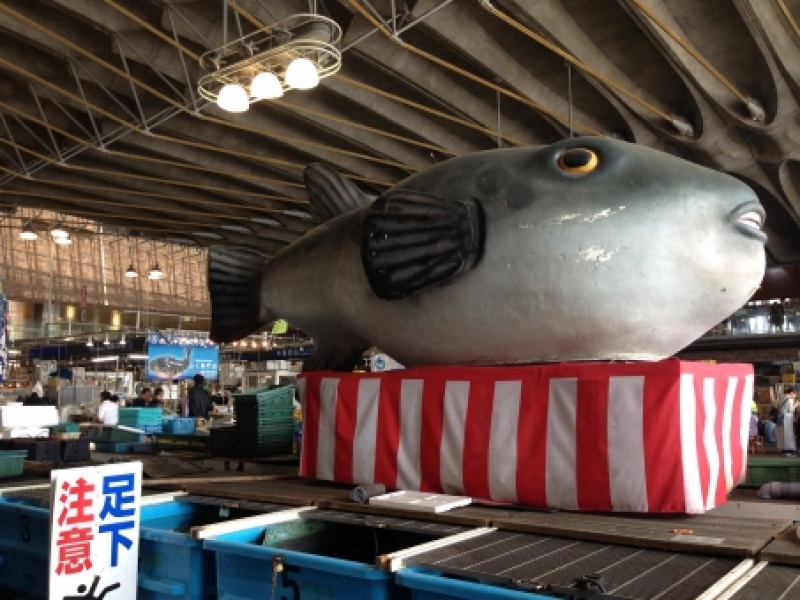 A fish market that will engage all your senses.Karato Market began as a street market in 1909, and now its ships fish all over Japan. 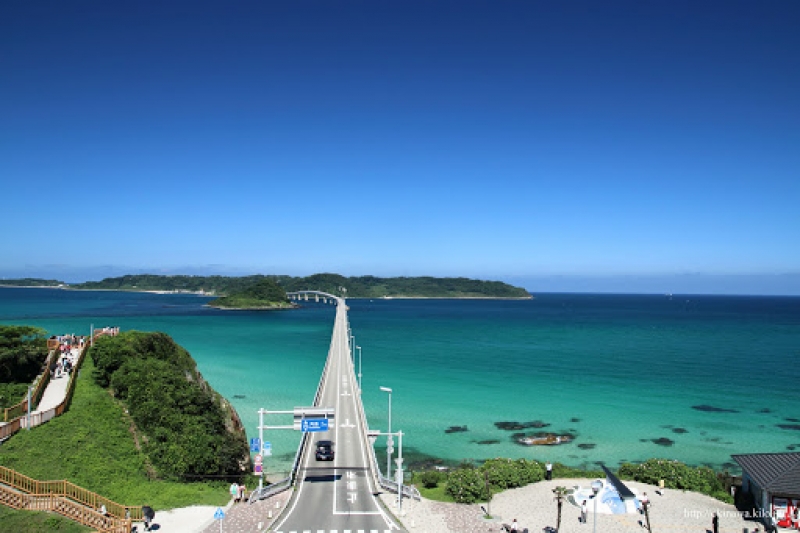 The 1,780 meter bridge is one of the longest toll-free bridges in Japan and is also well known as a location for TV commercials. 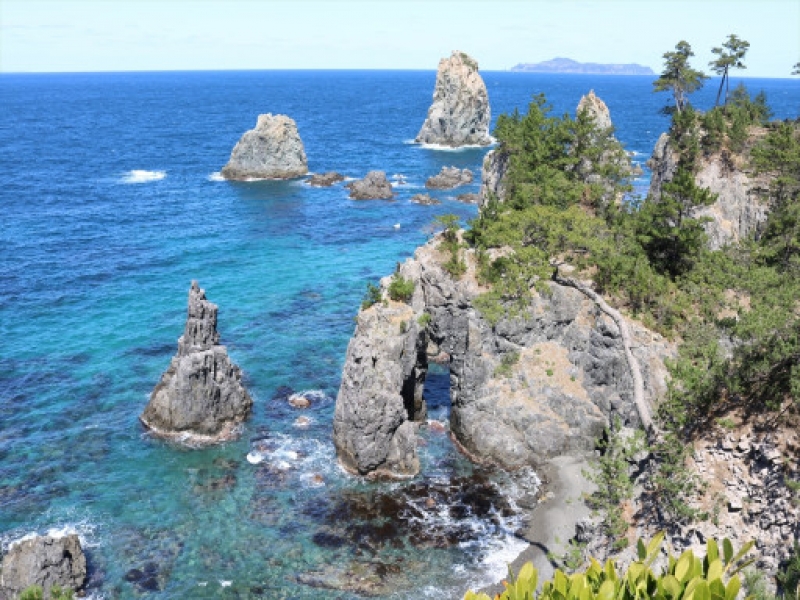 Caves and odd rock formations on a little island in the Sea of Japan. 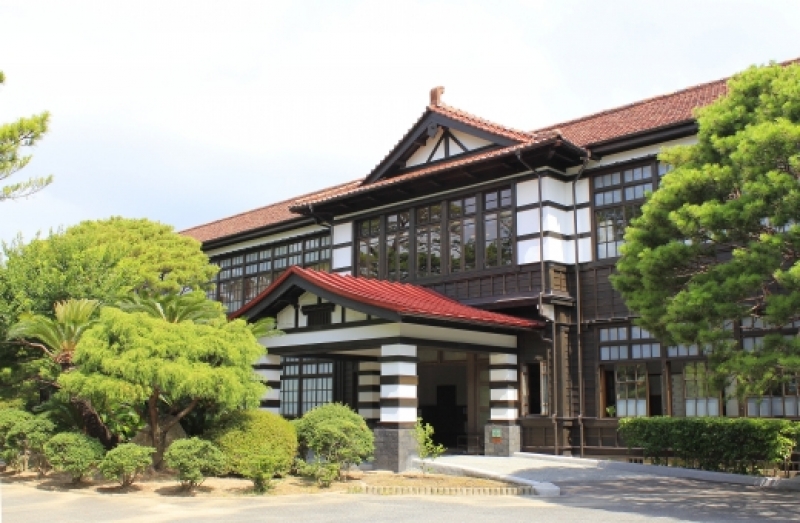 Hagi (萩) is a former castle town off the major transport ways along the tranquil Sea of Japan coast in Yamaguchi Prefecture. 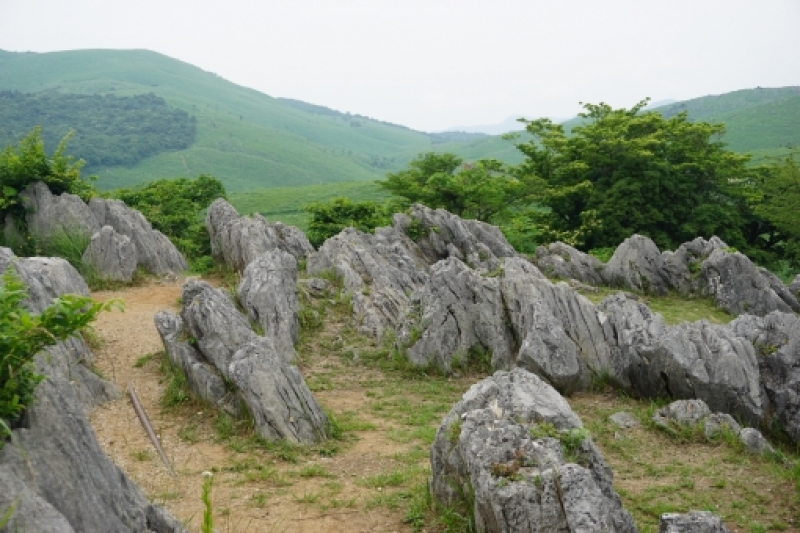 A two-story round observation deck located near Akiyoshidai Bus Stop. Enjoy a 360-degree panorama view of the Karst Plateau from the second floor, and you can also enjoy a majestic view through the telescope (for a fee). 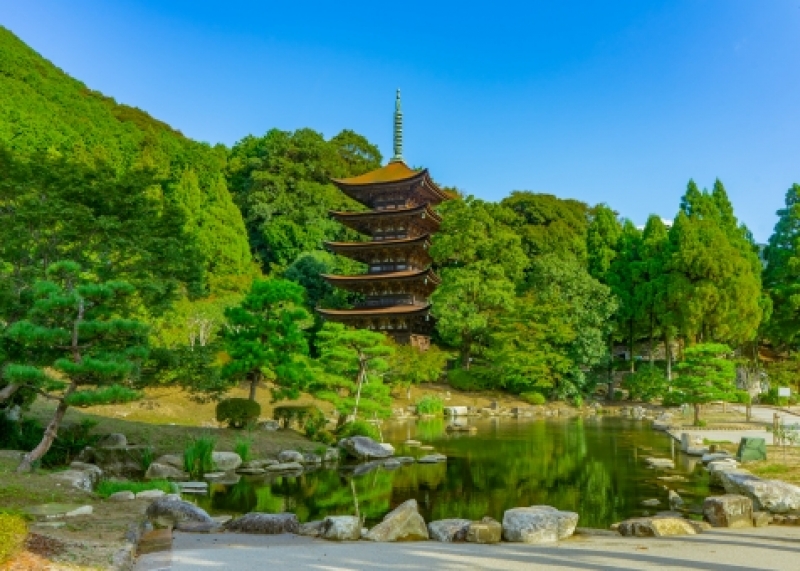 Rurikoji (瑠璃光寺, Rurikōji) is a Buddhist temple in Yamaguchi City, best known for its five-storied pagoda that is a national treasure. Miyajima (宮島) is a small island less than an hour outside the city of Hiroshima. It is most famous for its giant torii gate, which at high tide seems to float on the water. The sight is ranked as one of Japan's three best views. 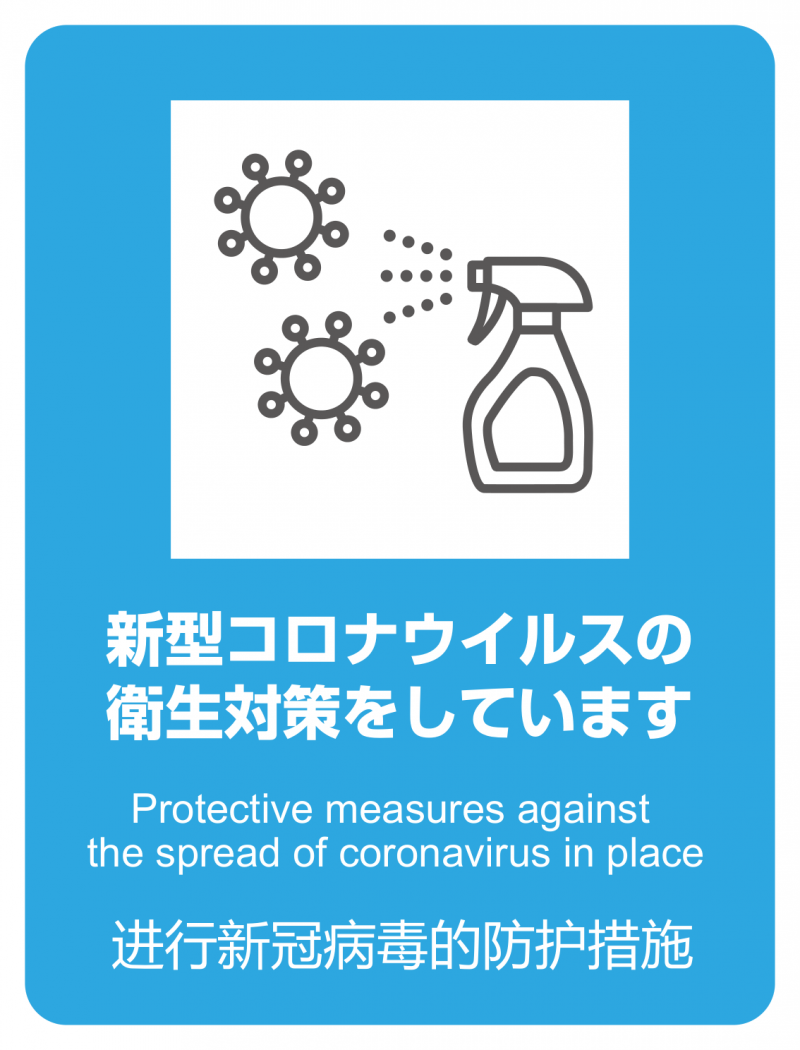 *We are careful about coronavirus. ・ We clean the inside and outside of our buses well. ・ We do not miss the ventilation of our buses. ・ When the weather is not good, put an air purifier in our buses. ・ We will thoroughly check the driver's health with a preliminary check. 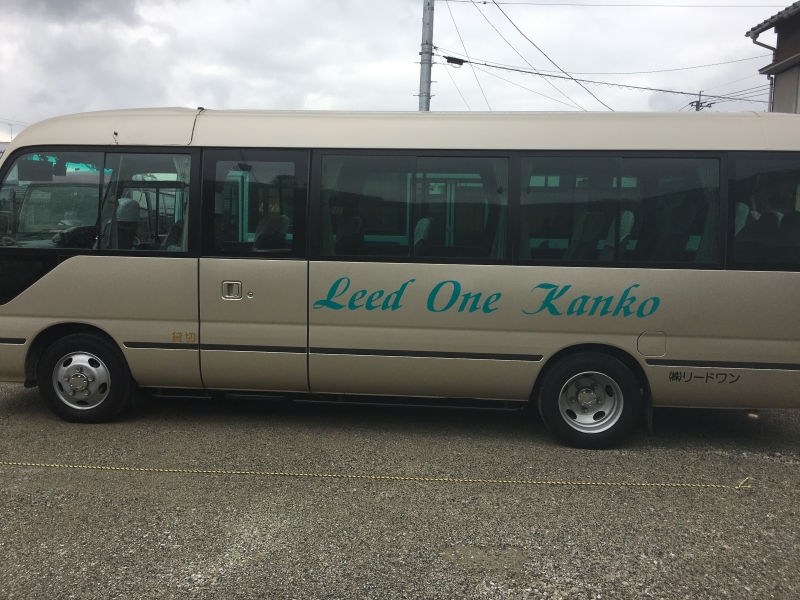 This is the bus you charter. It is a chartered bus trip of 1 night and 2 days from somewhere in Fukuoka prefecture to Miyajima, a World Heritage Site in Hiroshima prefecture.

* Conversely, it is possible to change to the same route from Miyajimaguchi Station to Fukuoka Prefecture.

You can enjoy nature and historic sites that you wouldn't be able to experience if you traveled between Hakata and Hiroshima by bullet train!

Our bus services are only available in Fukuoka most of the time.
Our service area is from Fukuoka to east Hiroshima. (Please inquire beforehand)

* You must make your own arrangements and payment for the hotel you are staying at during this tour.

* Similarly, you must arrange the restaurant for dinner and make all your food and drink charges yourself.

Using a chartered bus that can accommodate up to 15 people.
Please be prepared for a long way.
However, we always take a break once an hour, and we want you to trust our bus because it is safe and certified by the Japan Bus Association.
Of course, we are also thoroughly implementing measures against infectious diseases.

*We are careful about coronavirus.
・ We clean the inside and outside of our buses well.
・ We do not miss the ventilation of our buses.
・ When the weather is not good, put an air purifier in our buses.
・ We will thoroughly check the driver's health with a preliminary check.
We protect passengers' lives not only by driving but also by viruses!
Please trust us.
- The number of people for microbus is maximum 28 people (including a driver, without a lot of luggage).
- The customer is requested to complete booking process (including payment) at least 4 days in advance prior to the tour date.
- Please make sure to write down the following information for transfer request/ booking:
1) flight number (cruise name)
2) flight (cruise) arrival/ departure time
3) airport terminal (cruise port)
4) number of luggage
Infant seats available.
Not recommended for people with back injuries.
Not recommended for people with heart problems.
Not recommended for pregnant travelers.
Pets are not allowed on board.
Foldable strollers and wheelchairs only. read more