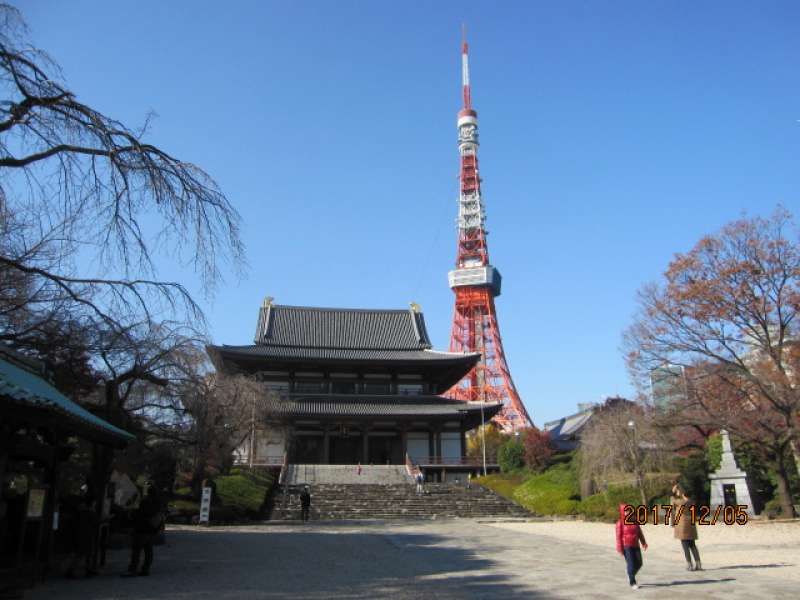 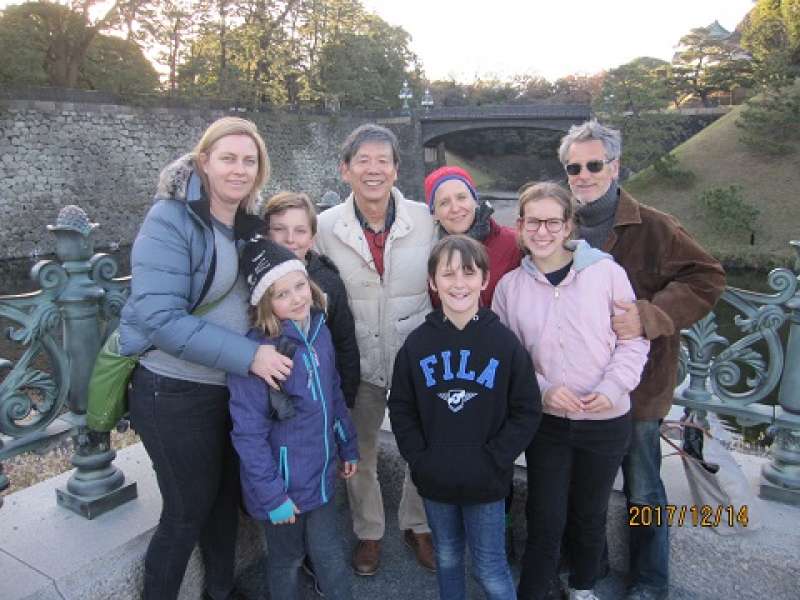 Imperial Palace:The resident of the Emperor family. This place is a popular photo spot. 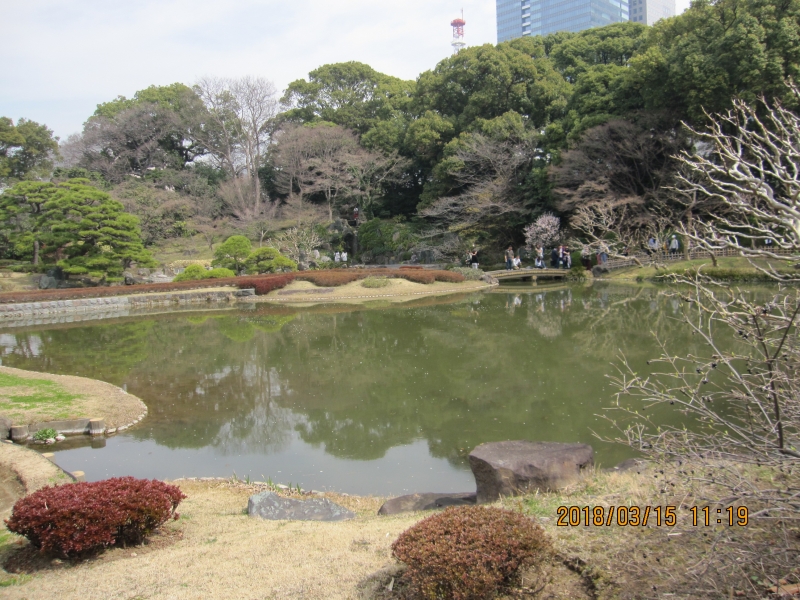 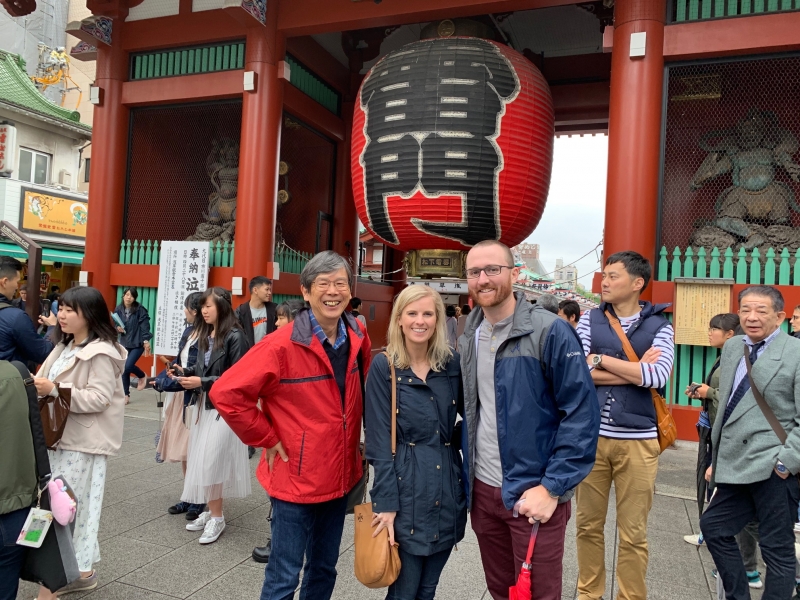 Kaminari-mon: The entrance gate to Senso-ji Temple in Asakusa. 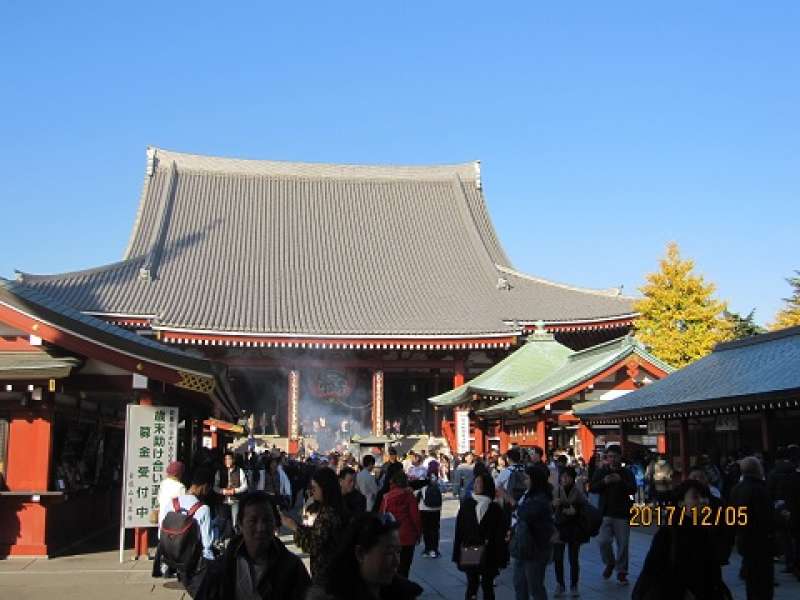 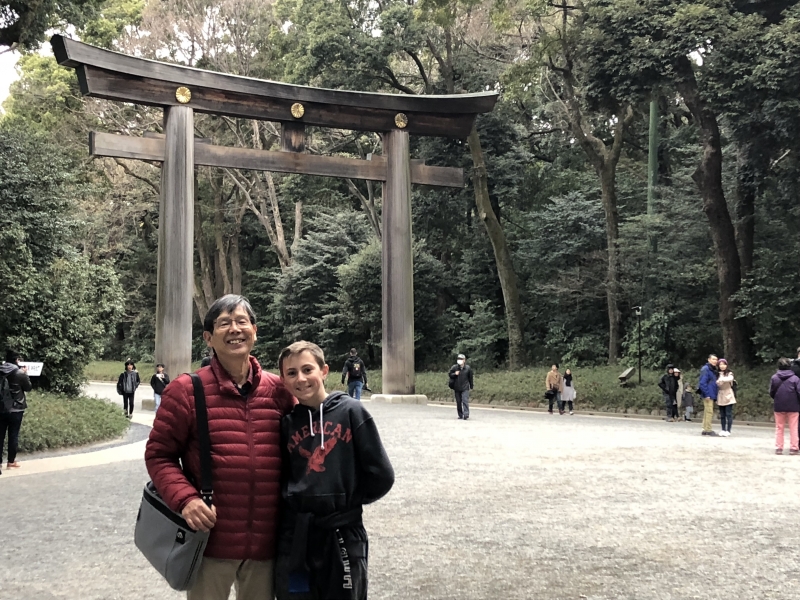 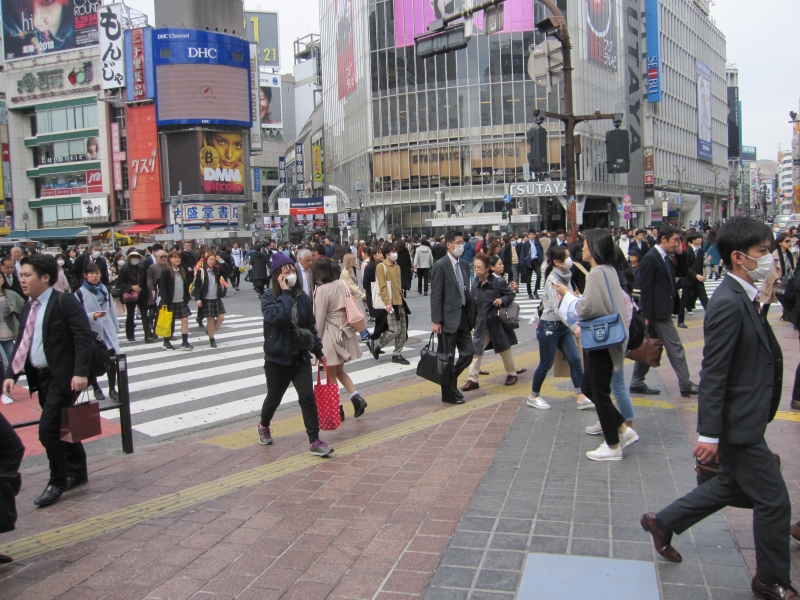 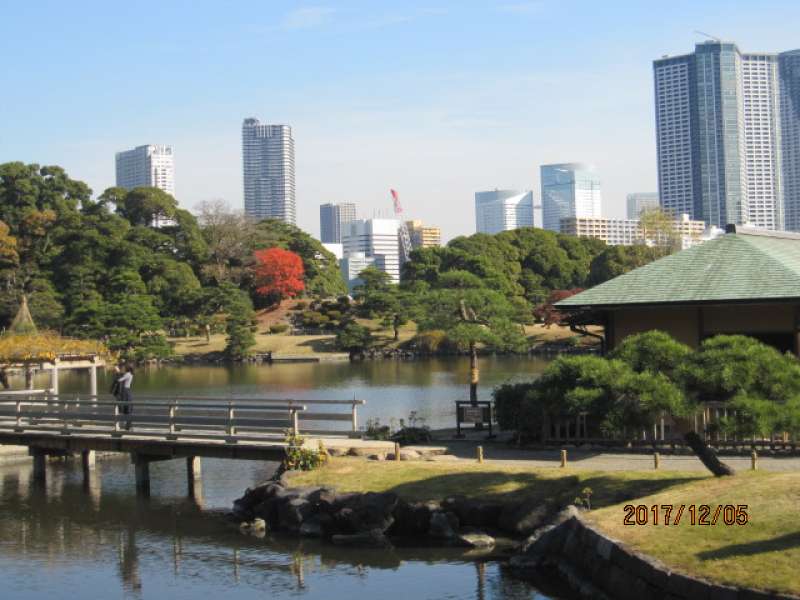 Hama-rikyu garden:IUsed to be a resort villa for Tokugawa Shogunate family.

Ueno Park:The largest park in Tokyo. In spring it is also famous for its Hanami party. 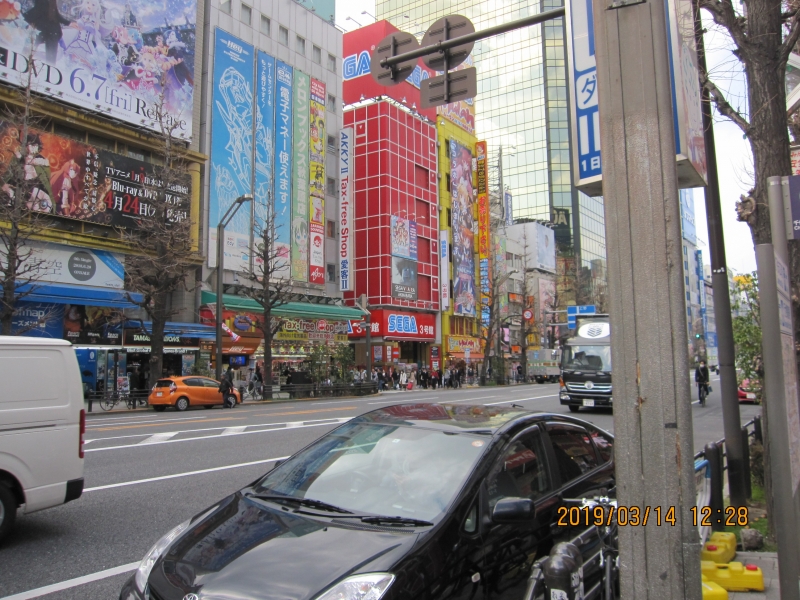 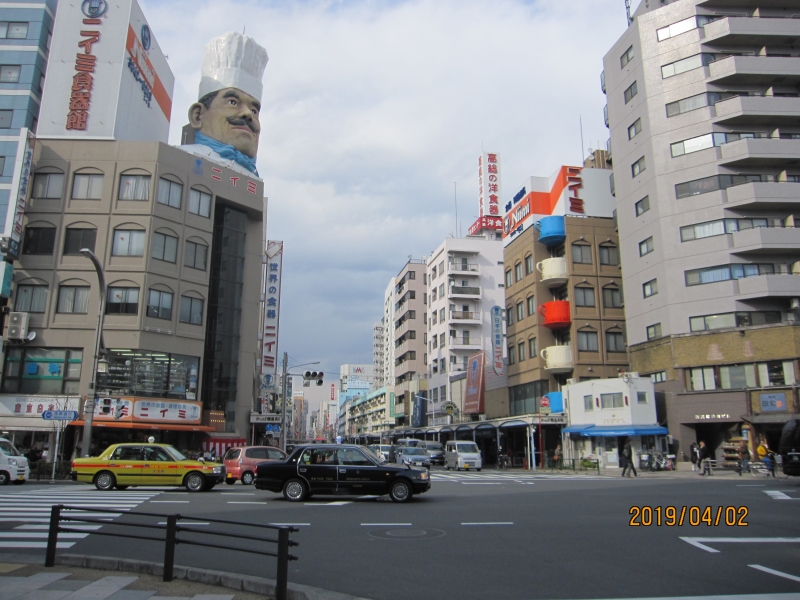 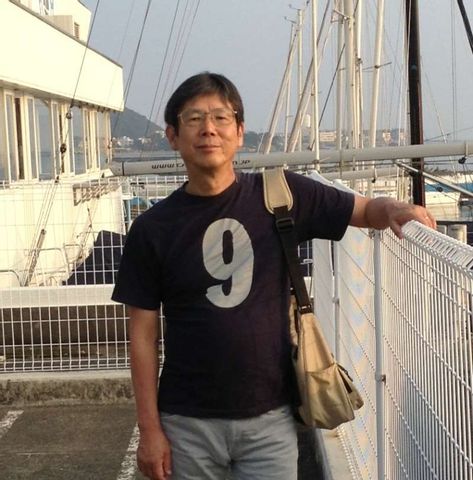 Tokyo is a modern metropolitan city built on an ancient Edo, where Tokugawa samurai government was settled. Even now we can find old relics of ancient Edo among truly modern Tokyo streets. Asakusa, Ueno and the Imperial Palace itself are some of the examples. Let’s explore Tokyo with me and find the soul of Japan.

Feel free to personalize this offer with Kaneo. 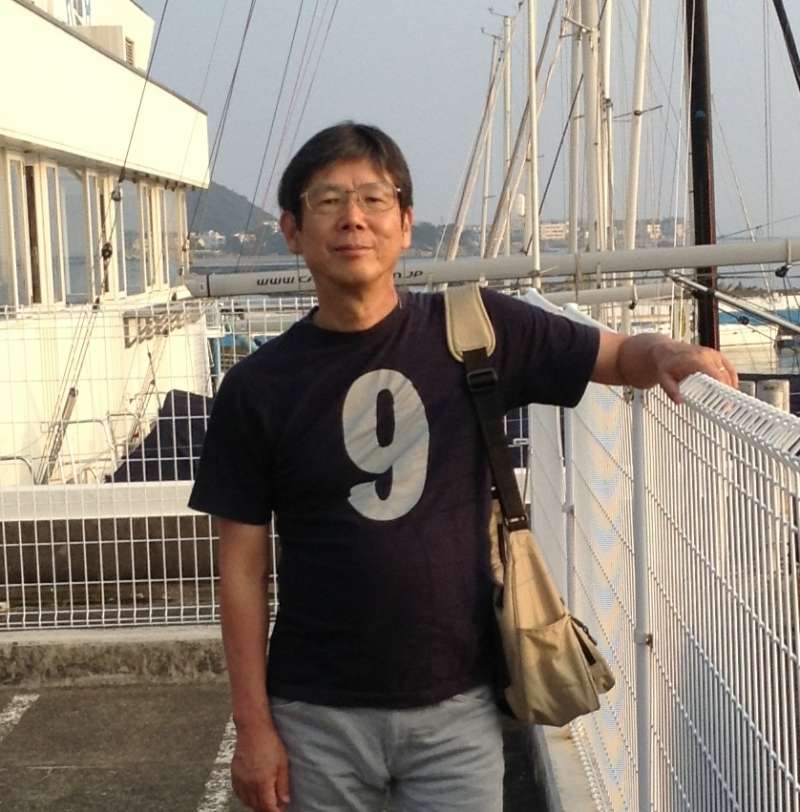 Please wear comfortable shoes because you will walk a lot.
We can visit several of the spots described above.
You had better buy Tokyo Subway Ticket (24-hour) , which can be got before you coming to Japan. You can ride all subway lines in Tokyo for 24 hours with this ticket.
If you have a JR pass, the itinerary will be a little changed to use JR lines as much as possible.

Kaneo was an excellent guide and very accommodating. His frequent communications prior our arrival in Japan was so helpful. He went above and beyond to meet our requests - Kaneo even scouted out transportation options from airport to Tokyo for us as he was concerned we may be overwhelmed being our first time to Japan. He even took photos of road signs and intersections to guide us, as well as a photo of where he will meet us within the hotel. And he was so caring towards my niece, in case she was tired from all the walking we covered. Thank you very much Kaneo. You made our trip to Tokyo memorable. Kind regards, Anh

Thank you for your warm review. I feel delighted to hear my information helped you a lot. I had a pleasant day with you on Christmas Eve talking about many things. I hope I will have a chance to guide you again.

“ Unbelievable you and guide ”

Kaneo was absolutely amazing. He showed us around Tokyo explaining and showing us sights as if we were his family. He was kind and patient even when our two year old was crying hysterically on the train. We saw and experienced real Tokyo. Definitely will book again.

Thank you for your warm review. I am so pleased that you mentioned you felt me like a family member. I really wish to have another chance to guide you someday. Best regards Kaneo

“ Yokohama and Tokyo made easy ”

While in Yokohama for the rugby World Cup, we enjoyed 2 full day tours of Yokohama and Tokyo with Kaneo. Even before arriving in Japan, Kaneo was very responsive to all of my email and itinerary requests. With the limited time we had to experience both these large cities, having Kaneo show us round the public transport system with ease was such a benefit. Kaneo was very knowledgeable about all of the various historic and modern places we visited. Kaneo's English was very good and we would highly recommend to any other tourists visiting Yokohama or Tokyo.

Dear Alan Thank you for your warm reply. I myself enjoyed the tour with you. While I was going around with you, I was so impressed at your strong bonds of friendship. Four of you came from quite different places in the world to cheer your Scotland in Japan and came back to your different homes in the world! I envy your strong bonds. I really hope another chance to guide you in Tokyo. Best regards Kaneo

Kanei-san was a phenomenal guide! He communicated with us extensively prior to the tour. He met us at the train station and guided our group of 4 people to Enoshima and Kamakura. He was patient and allowed us to travel leisurely at our pace since we were quite exhausted from our previous day's travel and tours. Kaneo also has a wonderful personality and made the trip enjoyable. He is very knowledgeable and I recommend him for any tour which he guides.

Dear Carol Thank you for your warm review. I am happy to hear you enjoyed Kamakura tour after your exhausting experience in Kyoto. I also enjoyed the tour with you and your family. Especially I felt something warm when I heard you talking about your memory in fluent Japanese. Best regards Kaneo

Kaneo was amazing. First, what a kind and sweet man he is! He was so wonderful to our family, and I think he enjoyed the days with us as much as we did with him. He guided us to Disney Tokyo and Disney Sea and was so fun and informative. He will always be a great memory of our trip to Tokyo. His knowledge of the city and it's transit system was unmatched. I would recommend Kaneo to anyone looking to enjoy Tokyo on another level. He was AMAZING!!! Thank you Kaneo!!

Thank you for your wonderful review. I really enjoyed Disneyland & DisneySea with you. I also enjoyed small talks with you and your family, while we were waiting for attractions. It is a great honor for me to be a good memory of your trip to Tokyo. I hope I can guide you again someday. Best regards, Kaneo